Hey Guys started a new project! Story starts out like this: A buddy of mine bought this truck a while ago and ran it around here and there as his daily. The motor was rebuilt when he got it, but it through a piston within 8 months or so. After that she sat for over a year. When he finally decided to get rid of it He was going to sell it to some kid for $1300 so I thought about it and talked it over with my pops. So Here it is as of today. 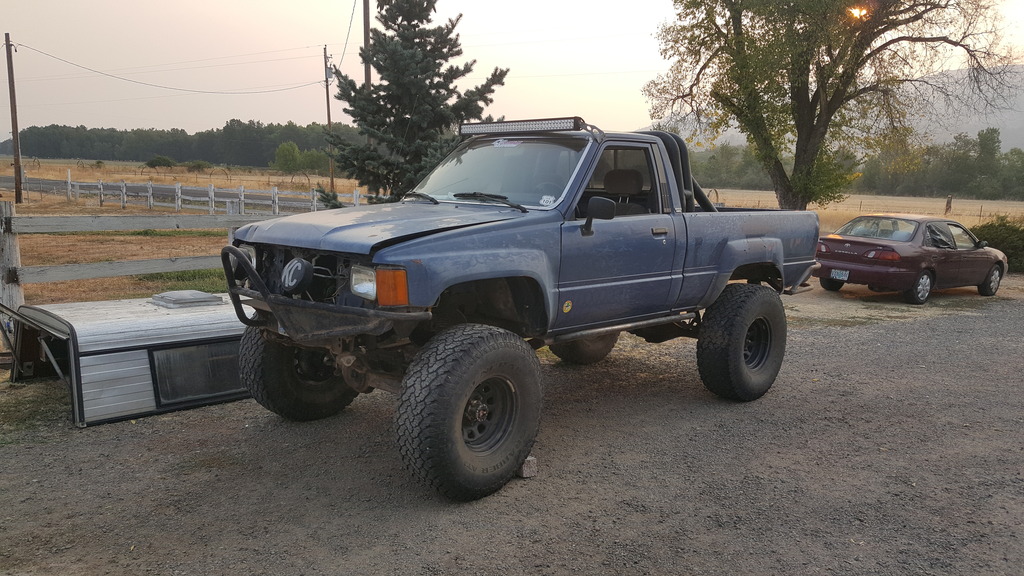 So I searched around on craigslist for a donor rig. Being that it was a 22r I thought it would be best to switch it to a 22re instead. We found a donor for a reasonable price outside of selma, so we took a little trip over there to find ourselves in a very creepy place. The property was fenced in and we were let in at a 20ft gate! Once inside the gate was shut and holy moly this place was interesting to say the least. So after about 20-30mins of awkward conversation and jerry riggin this truck to make it run, It finally started!!! DONE DEAL HERE TAKE MY MONEY BRO WERE OUT

Here's was she looked like....(Donor) 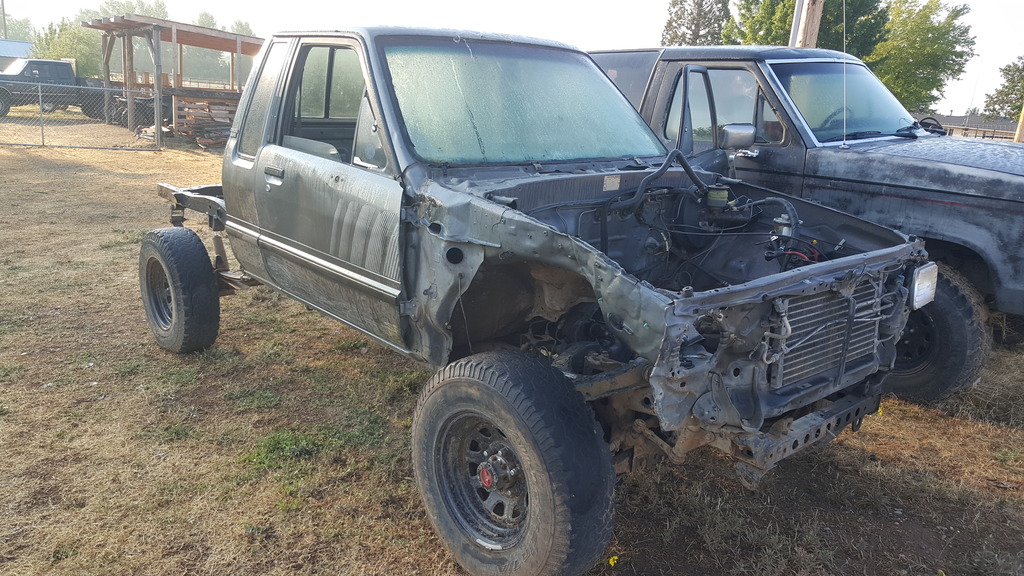 So we stripped the motor put it on a stand, Then proceeded to take out all the dash and wiring harness to go with it. 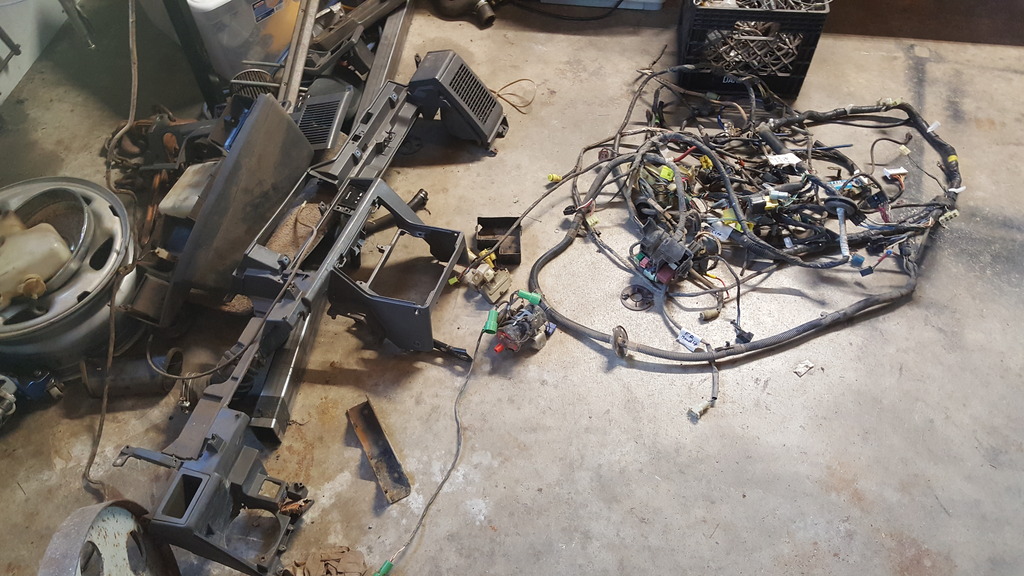 Interior after stripping out the harness (donor truck) 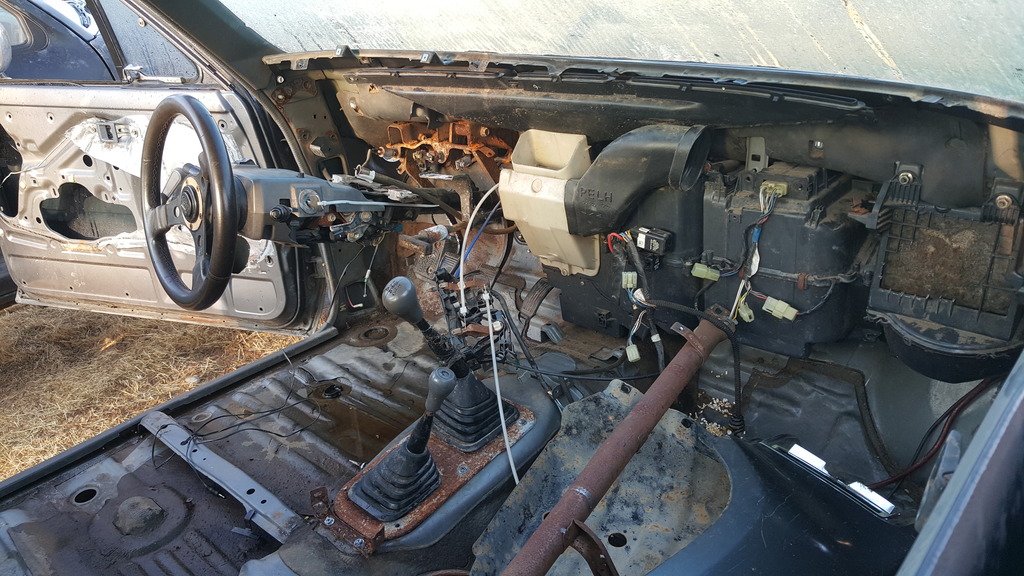 So now its time to strip the truck down for a resto.

Under the hood before stripping her down 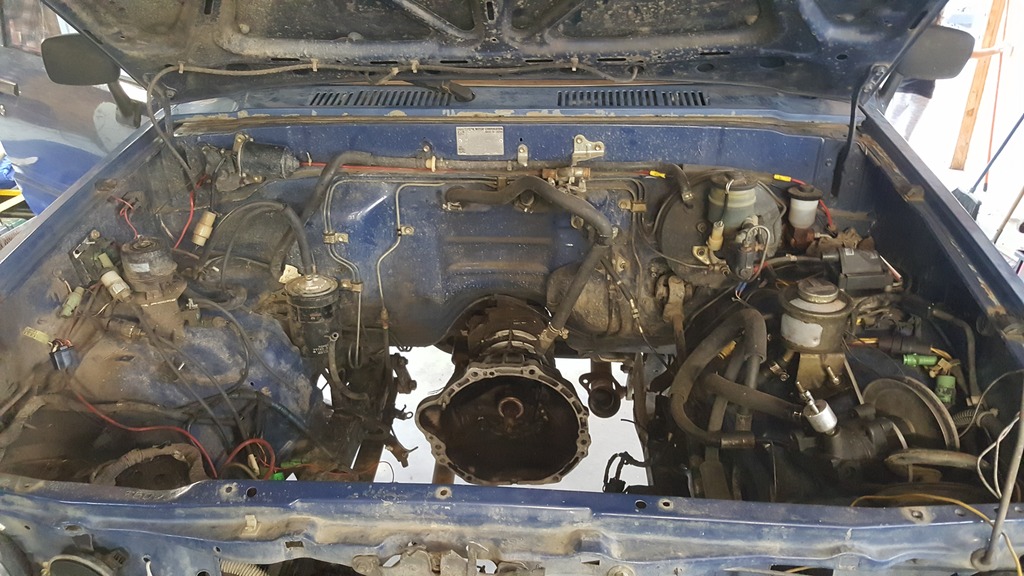 Awesome that looks like fun, makes me want to start another.

Why not xtra cab it?

Hmmmm not quite sure

Well we did some more work on the truck. We started to strip down all the interior and decided that that bed lining the inside would be helpful as well as some work on the frame etc. So it began with some good old fashion destruction!!!

Then we pulled the seats and seatbelts.

We got almost all the harness out now and we are at a stand still with the interior waiting for our spray kit to show up. So we moved to the backside and both started on each side with a wire wheel and knocked down the majority of the rust from the frame. Then it was time for a few coats of paint.

It's amazing how much better it looks with a little tlc.

Till next time. Stay classy.

Your bumper is missing the towY thing

So we pulled the rear wheels and the rear brakes were close to new!!! SCORE! Slapped her back together and freshened up the axle with some paint.

Rust wasn't too bad was able to clean it up fairly quick. 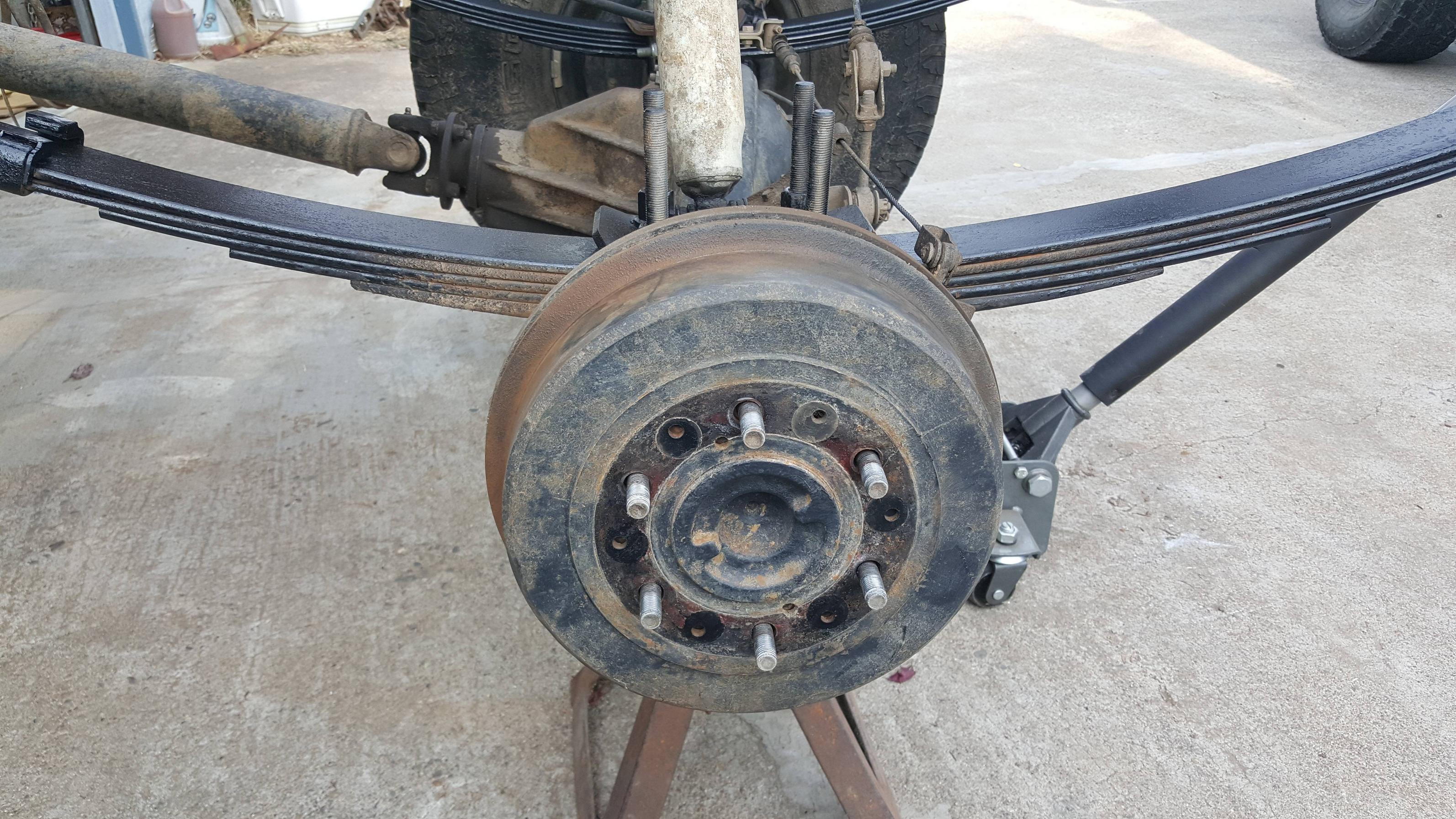 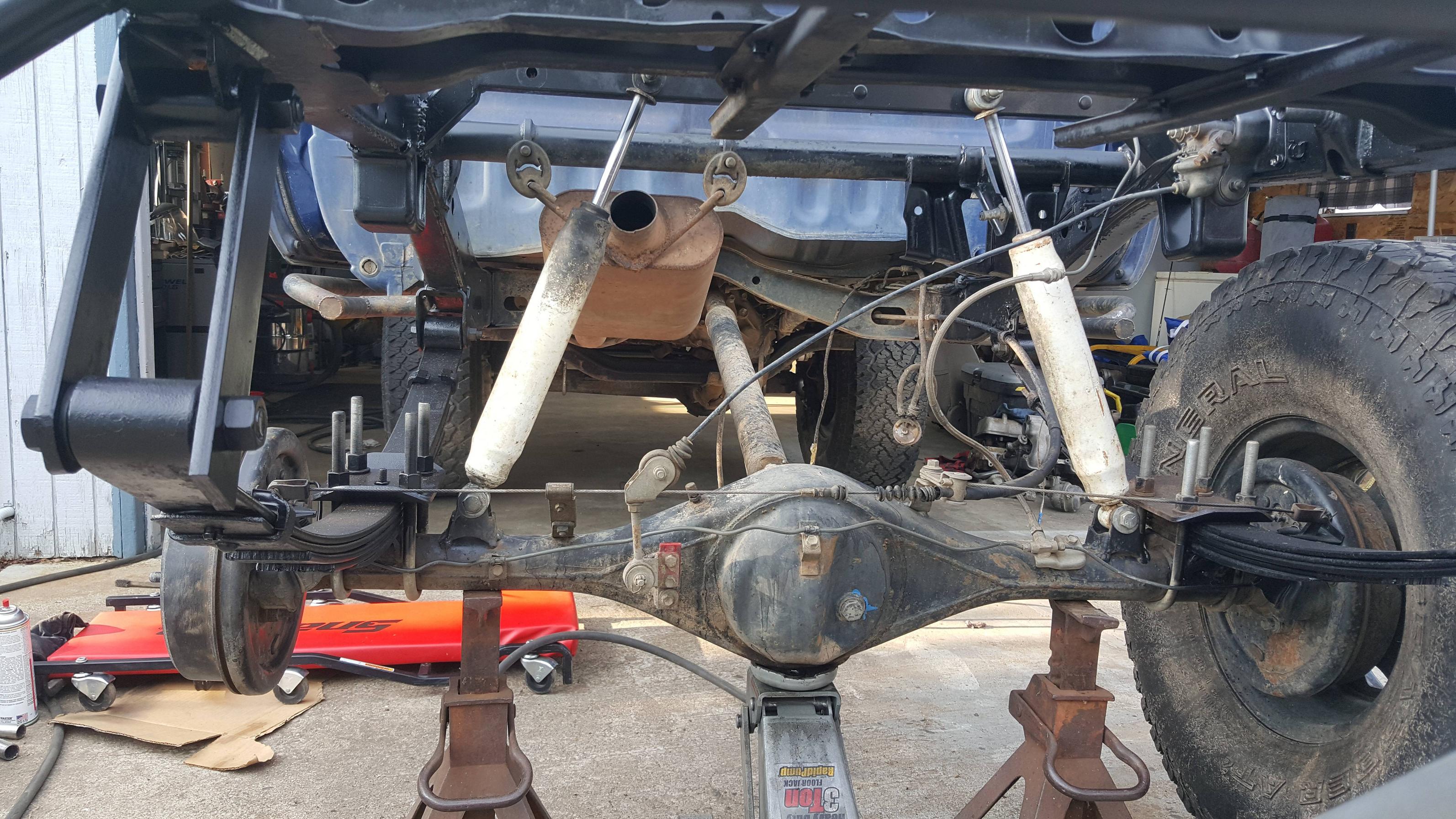 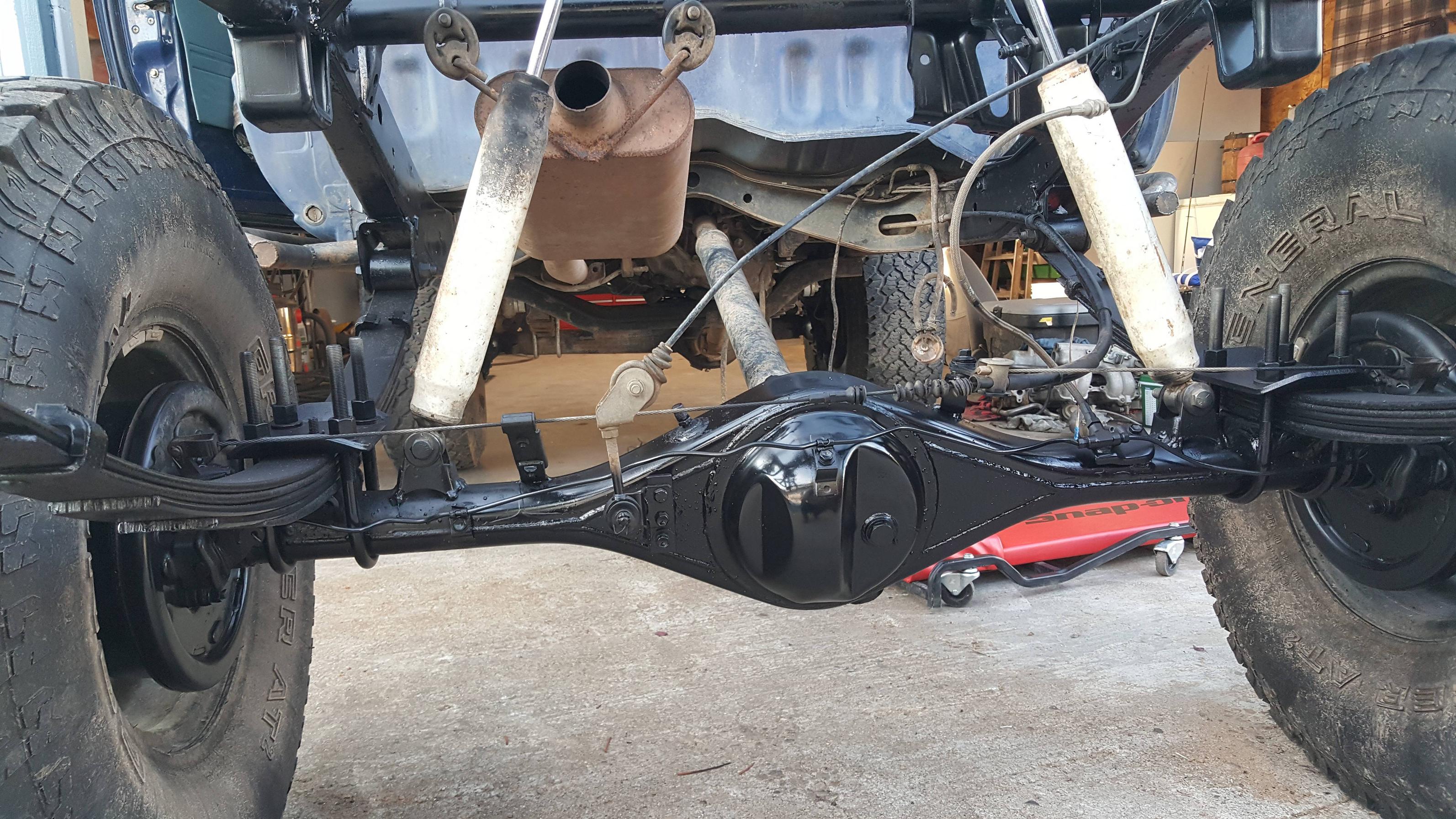 As you can see the exhaust is pointed directly at the driver rear shock.... lol That has to change

We also noticed a decent amount of movement at the pinion. I'm fairly confident it's pinion bearings instead of u joint. So I will pull the driveline as well and see.
O

Hope the extra cab body goes to someone in need

So I gave it some thought and decided that pulling the cab off was the absolute way to do things right with the rest of the frame and body work. so............. 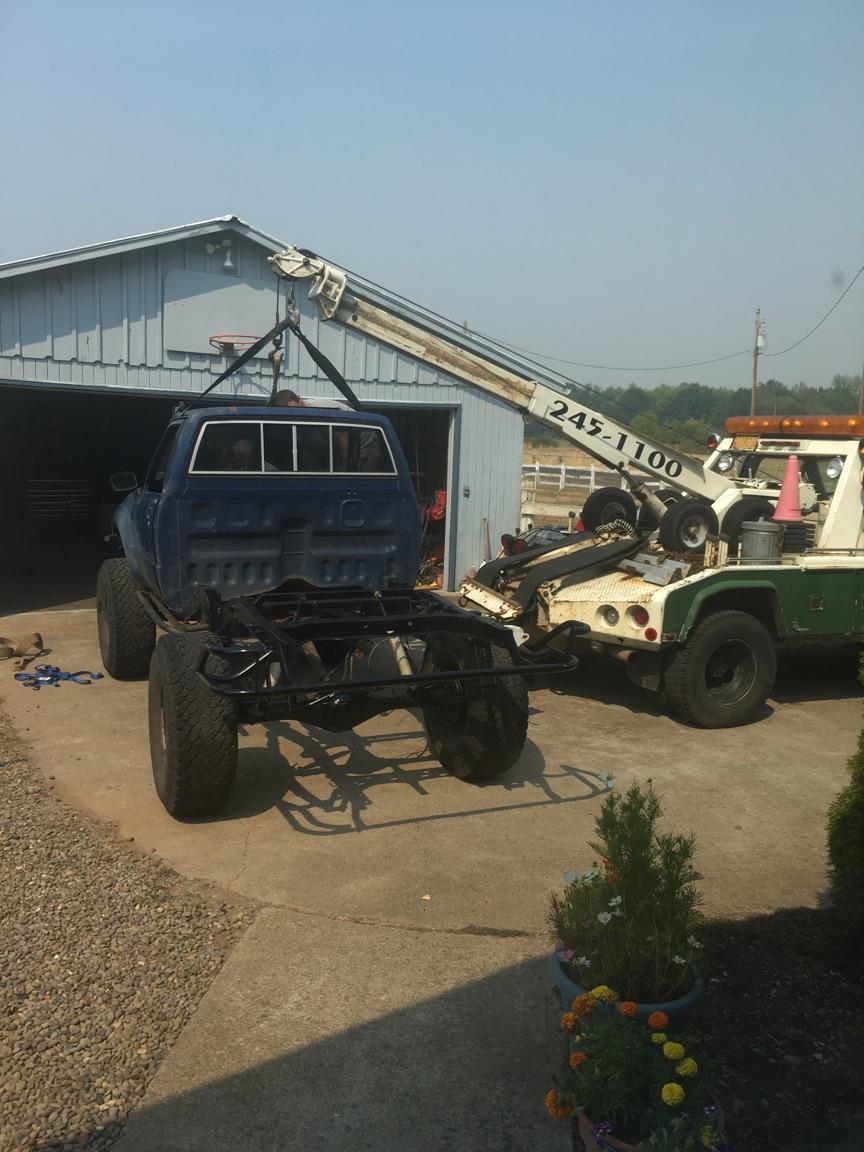 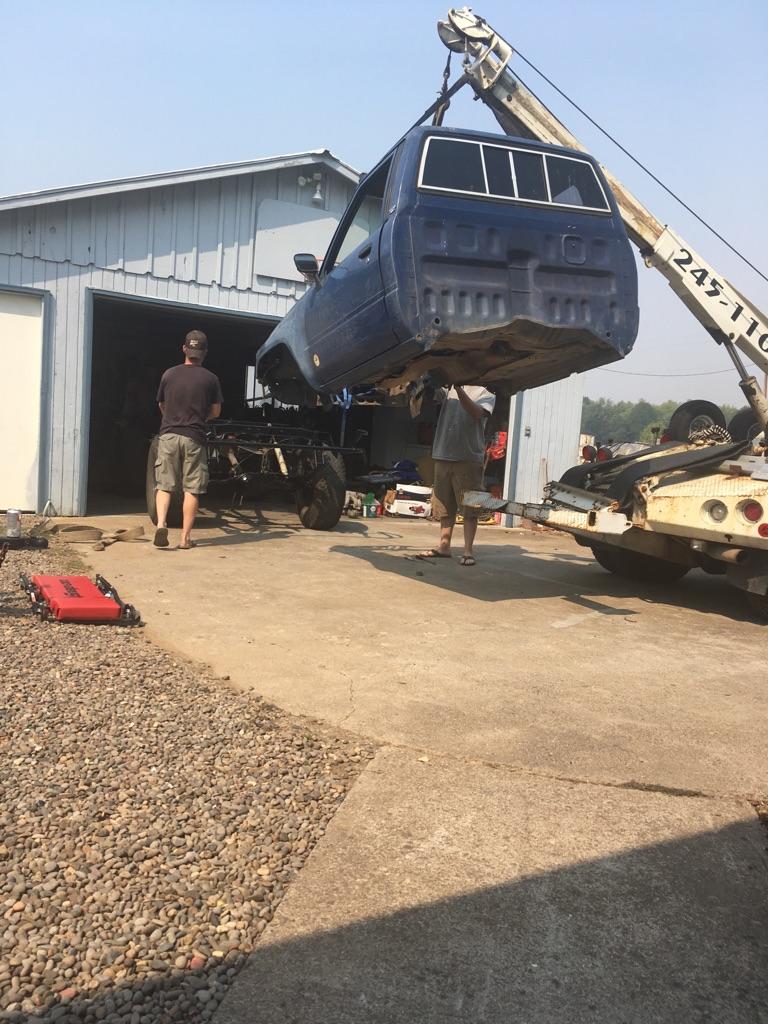 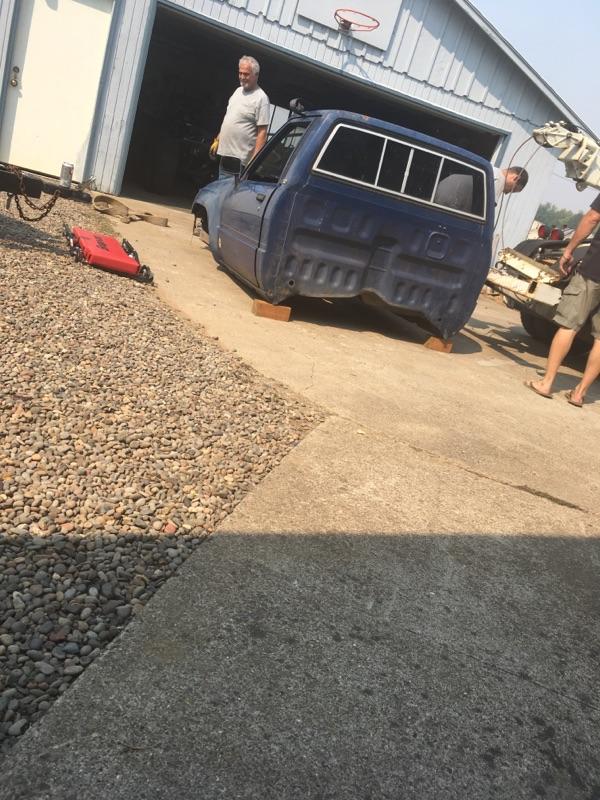 Perfect time for the xtra cab.

You guys are killin me

:cough:
You must log in or register to reply here.

J
New to the area, 100 series giving me grief