"The Green Bastard" My free 85 4Runner

I'm still not sure what the plan is for it, but whatever I do you can bet I won't spend much money on it! Hehehe 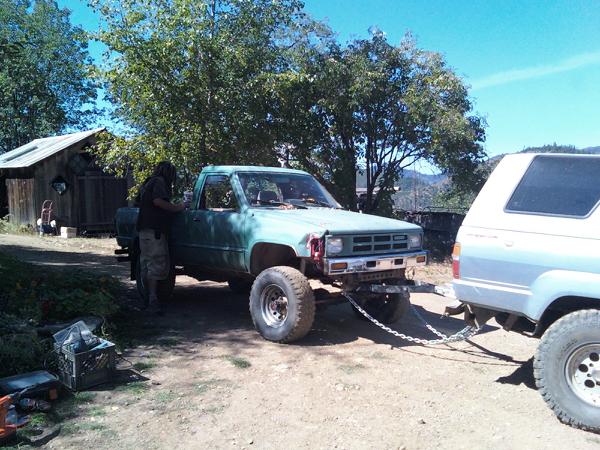 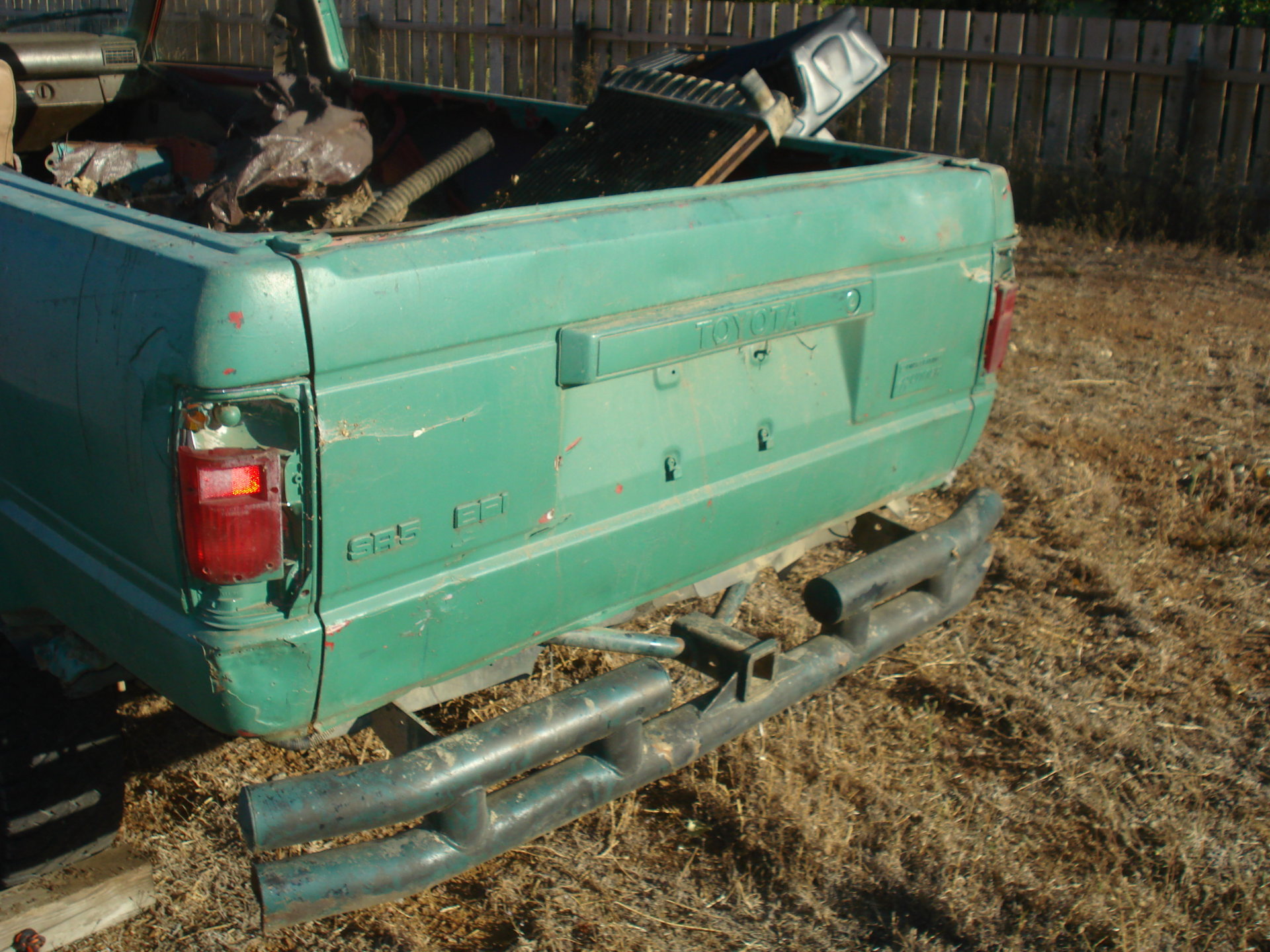 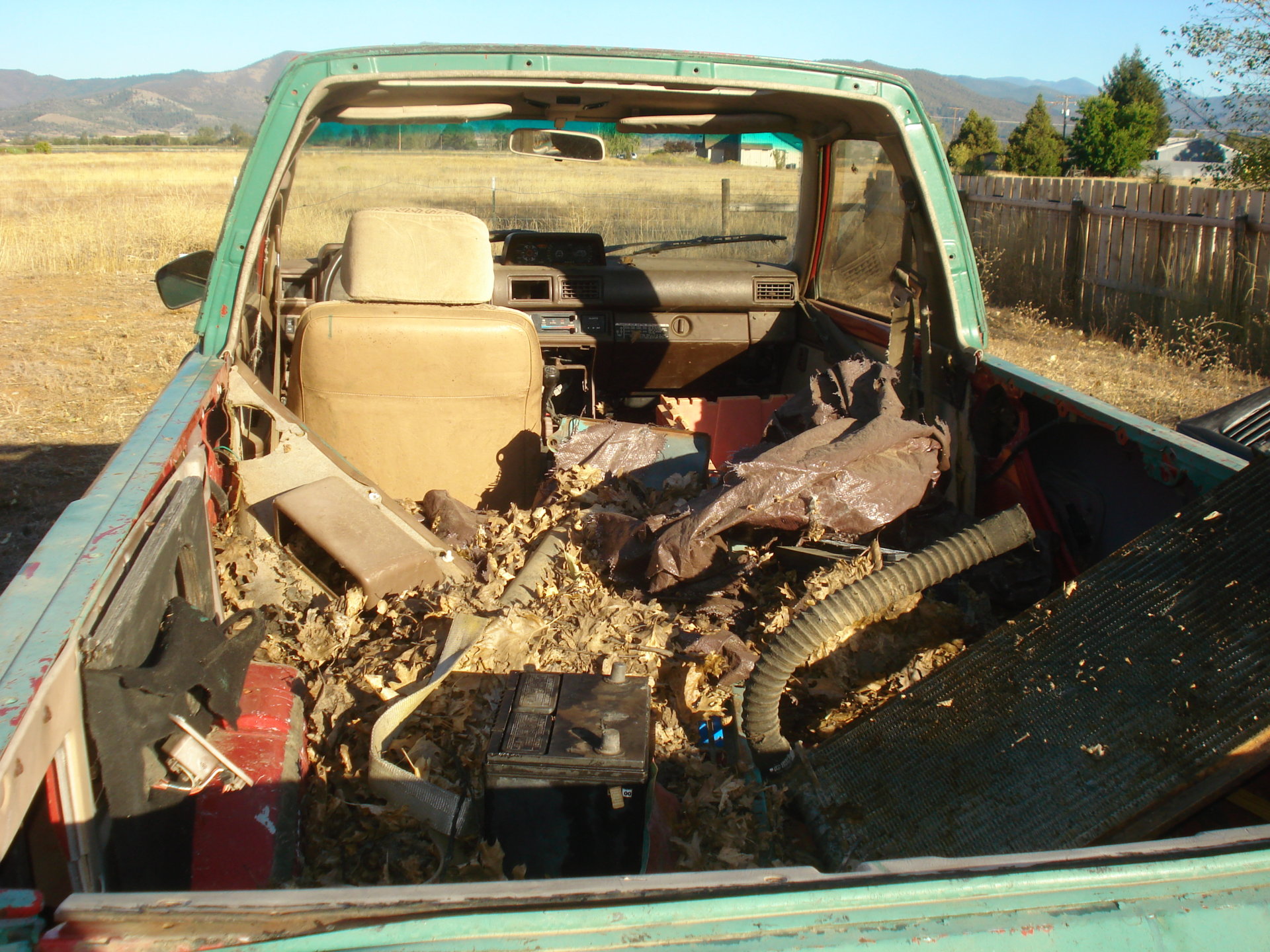 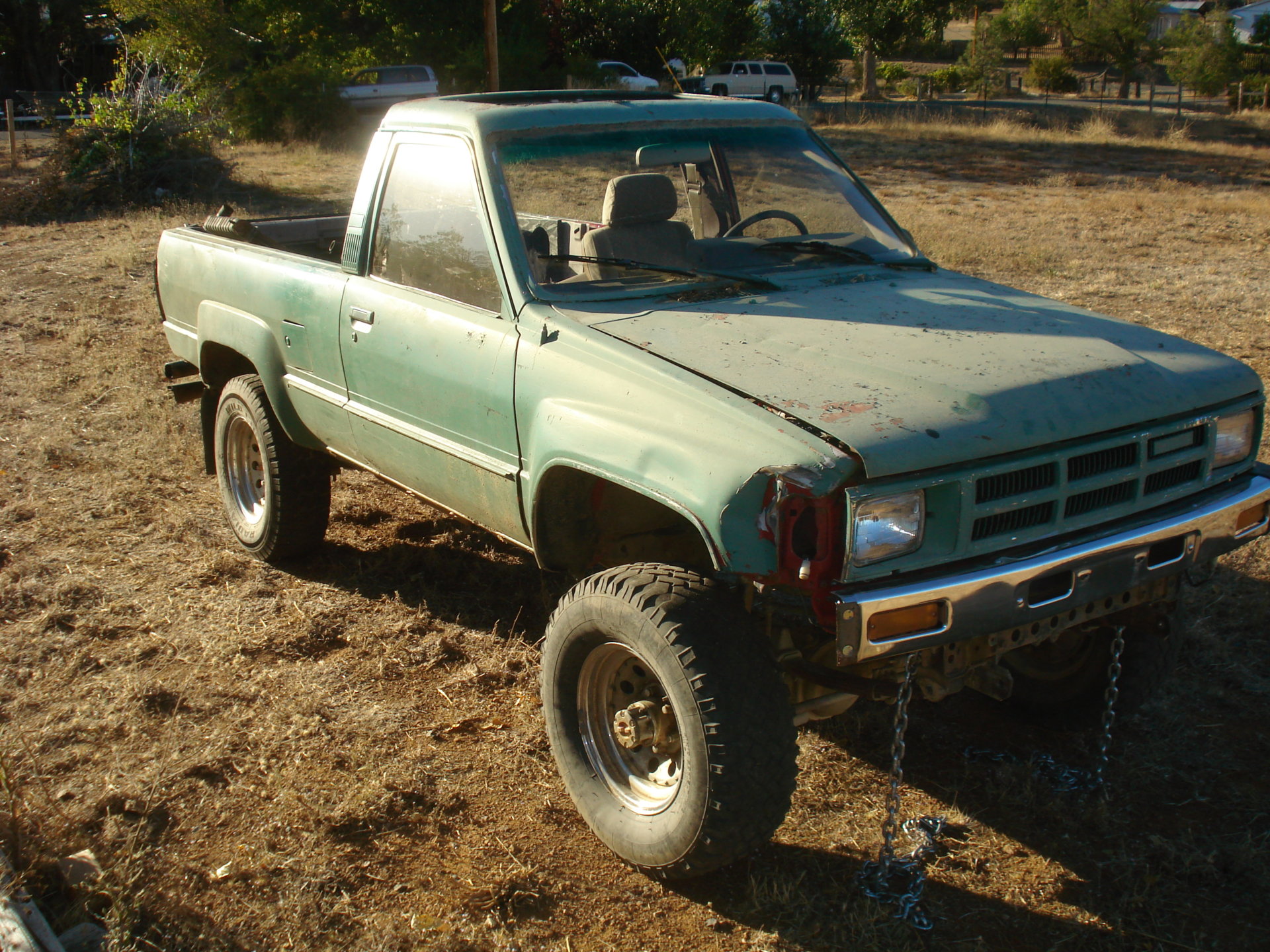 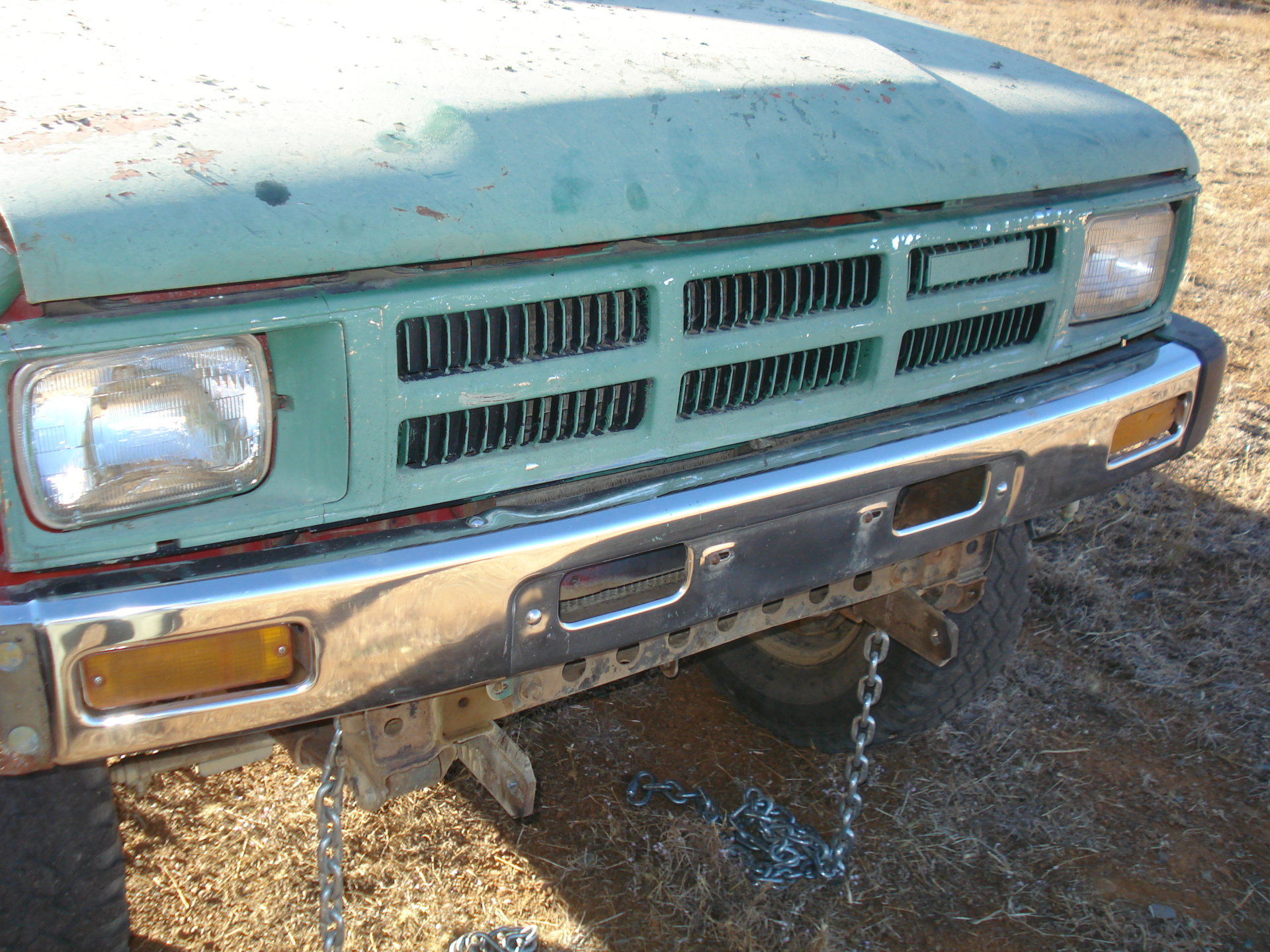 Step one is to clean it out, step two is to make it run when not parked. When you have completed those two steps, come back for the rest of your assignment.
02 Taco - expo'd.
84 mini - beaten and abused. 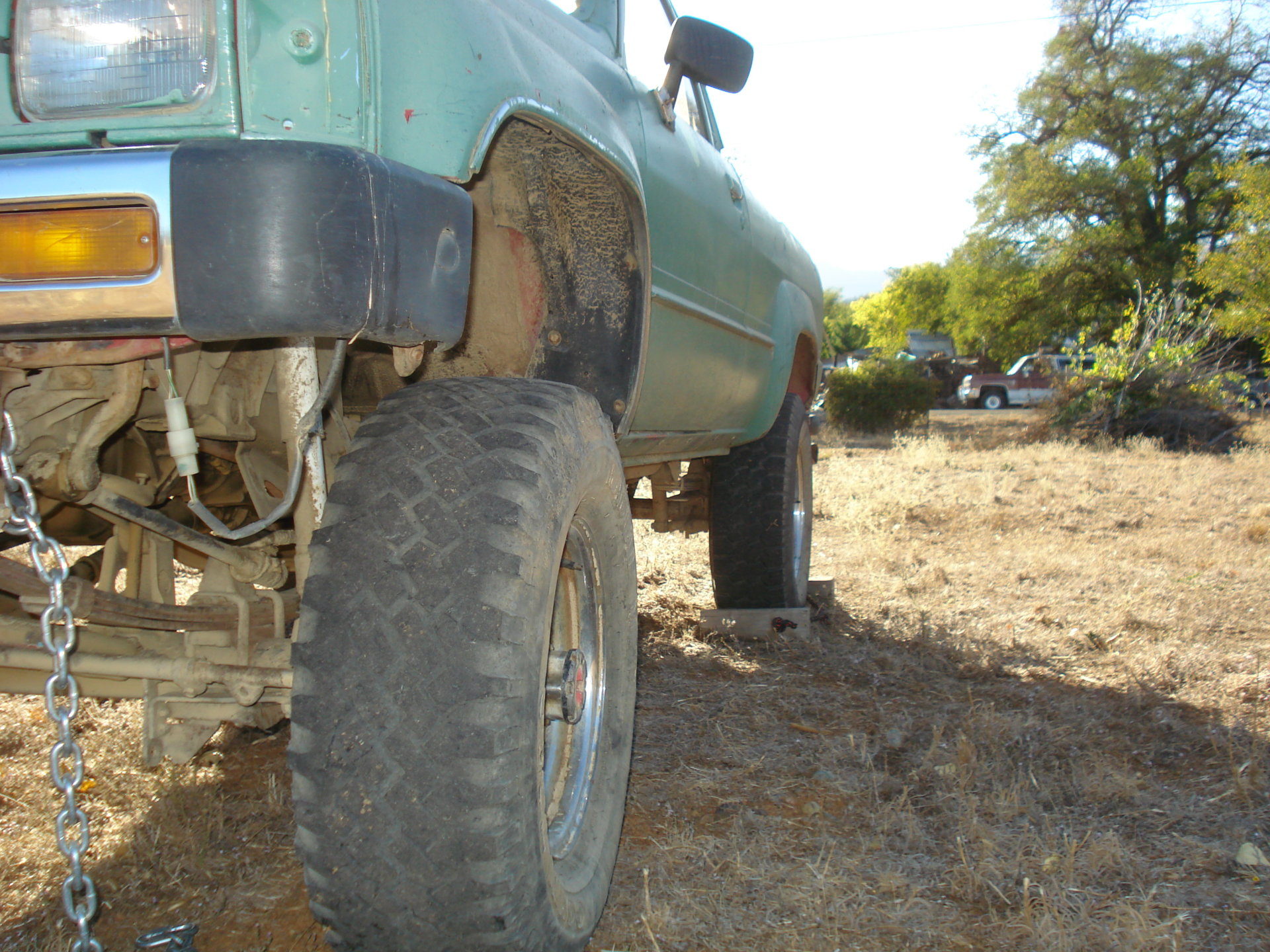 Nope, they are different. Damn... Well... Id clean it if you bought my ticket out there, let me visit D'animals cruiser collection, then shipped me back.
02 Taco - expo'd.
84 mini - beaten and abused.

how is the body
well i am posting, so i must be drunk!

Body is decent, a couple small dents, and a little rust on the rear wheel wells.... I'm not complaining though...

Nice paint job. Did they use a mop?

No mop, I think they just poured it on there...... I have a spare set of tail lights too, but I'm not sure if this truck deserves them.... hehehe
Jerod
'85 4Runner "Green Bastard" Ugly, slow, unquestionable pedigree.
JEFFERSON STATE CRUISERS
JSC FORUM

2ndGenToyotaFan said:
Body is decent, a couple small dents, and a little rust on the rear wheel wells.... I'm not complaining though...

I should probably drain the fuel tank before I start it huh.....? :sigh: Hehe
Click to expand...

I sure would have taken it!!

to many parts to waste there!!
H

make sure you drain the tank and get the old gas out. you might try to give it a tune as well.

It left the realm of free today... But I want it known that I got it running before I spent any money on it!!!!

I fixed half a dozen wiring issues today, and I had to cut out a large pile of aftermarket wires... but the stock wiring is surprisingly unmolested, I'm happy! I got the half top bolted down, and one of the side windows installed today.

I drained the tank a few days ago (about 4 gallons came out, and I put 5 gallons of clean gas in), and today I was going to use the pump to clear the lines out by removing the cold start injector, but instead I just jumped the fuel pump and let it recirculate back into the tank for a few minutes before trying to start it....

None of the 3 batteries that came with it would take a charge.... oddly... So I ended up putting my battery in, and after 20-30 seconds of cranking, it started to sputter!!! Then it reluctantly fired up, and I say fired as in, it ran enough to know that the engine wasn't total junk... I later found out that one of the plug gaps was closed up with carbon, and the other three were not in great shape.... The plug wires had been chewed on by mice, so it got new plugs and wires and it's much happier now! It has a couple coolant leaks, and one slight oil drip from a pan bolt...

So now the "YouTube or it didn't happen"! http://www.youtube.com/watch?v=_ZnpeHw68io

Did I mention it had been stolen? That screech is the power steering pump I think... It went away once it warmed up.

I need to get out more.....I never see any free trucks, much less solid axle toys. nice find!! I would spend a few hundred on it and not feel bad, it's worth the money. have fun!

Getting it smogged and registered will be the real issue... I think it will be worth it though!
Jerod
'85 4Runner "Green Bastard" Ugly, slow, unquestionable pedigree.
JEFFERSON STATE CRUISERS
JSC FORUM
M

save your self some time and just send it to me.

put some brake fluid in it, that res looks way low.
give them a good bleed.

alternator belt is loose and glazed.
be sure to check your fuel and brake lines in case the rats got to those also.


where is the steering column?
You must log in or register to reply here.

Added a rear Marlin Crawler to my 85 pickup.