Ok that's a lot of information to digest, I have done tons of research and leg work, if anyone has any questions just let me know. Also if you are bidding on a particular vehicle post up! I do not want to bid against anyone on here.
FYI I will be bidding on this 03 GX470 next week unless someone wants it more. Count on it being $3500-$4k before fees. However I could also see it being more like $5k so who knows.
https://www.copart.com/lot/34339217/

I was bidding on that 03 gx470 today and it went for $4400 to someone in new jersey. Figure it would have been about $5100 after fees. Seems like a pretty killer deal. Would have been an awesome wheeler at the very least.

Just picked up this 03 pontiac vibe awd for one of my kids for $903 off of Copart. Turns out it's got a engine knock but for a $800 I can put another engine in and he will have a great little daily driver. For those who aren't familiar with this car it's a Toyota matrix with a pontiac badge on it. It's 99% Toyota, has a 1zzfe in it. I'll be looking for an engine soon if anyone knows of a wrecked vibe, matrix or corolla from a similar year. Front fender is the reason it was totalled. Good times! 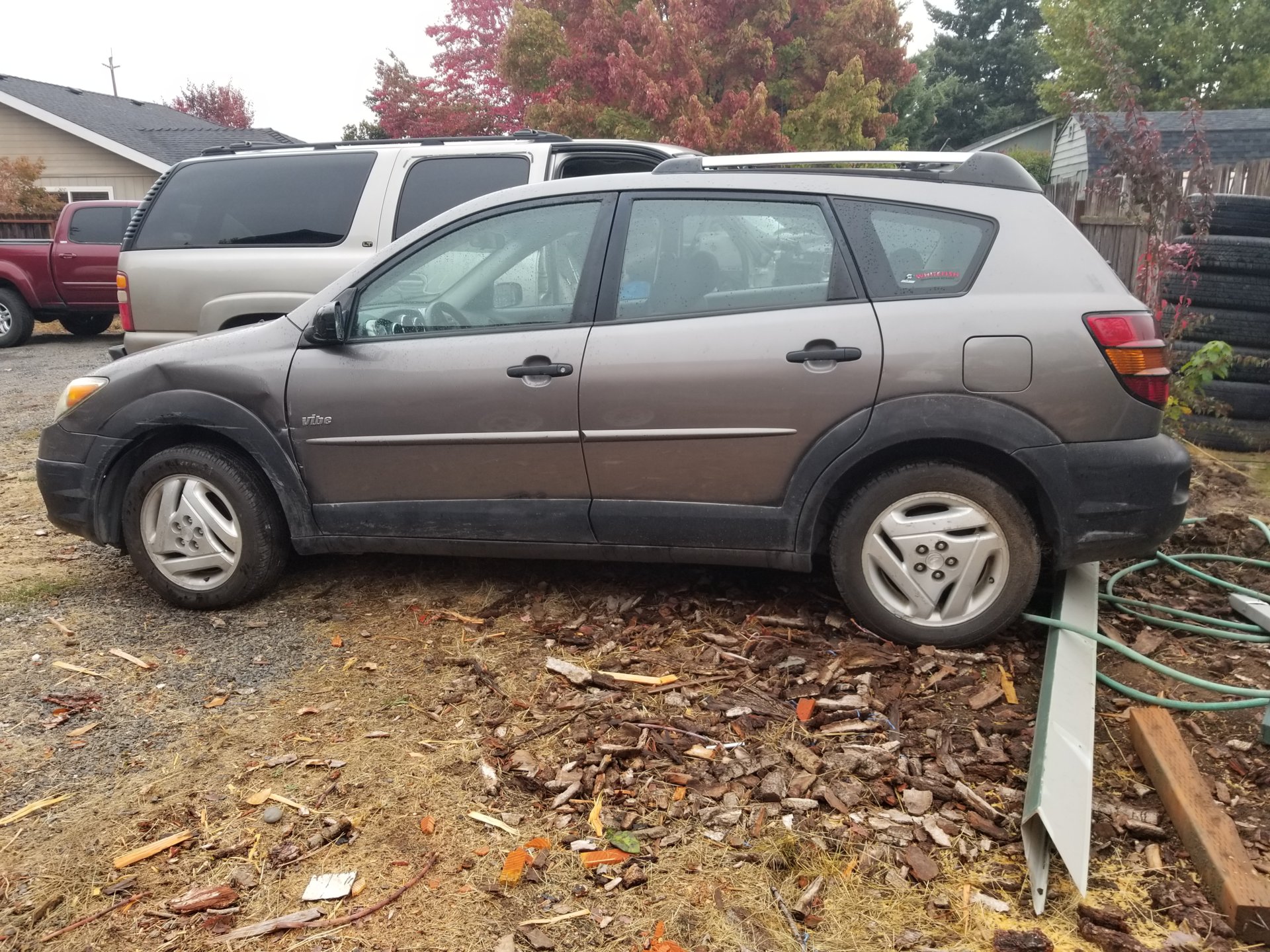 jamister1 said:
Just picked up this 03 pontiac vibe awd for one of my kids for $903 off of Copart. Turns out it's got a engine knock but for a $800 I can put another engine in and he will have a great little daily driver. For those who aren't familiar with this car it's a Toyota matrix with a pontiac badge on it. It's 99% Toyota, has a 1zzfe in it. I'll be looking for an engine soon if anyone knows of a wrecked vibe, matrix or corolla from a similar year. Front fender is the reason it was totalled. Good times!
View attachment 1559200
Click to expand...

My ex would be very interest in that if for some reason you decided to sell. In fact if you run across something like it let me know.

Doesn't take much to "total" a car does it?

Just picked up a 97 Tacoma for my oldest kid yesterday. Bought it for $3000 plus another $700 in fees from Copart. Was a theft recovery at some point a while ago.

Someone did a solid axle swap on it and it appears to be a full size jeep Dana 44. With Toyota rear springs in the front and chevy springs in the rear. What's interesting is it only has 140k on it and the body is really straight, not sure why anyone would want to make a wheeler out of something so clean. Come to find out it has a blown head gasket so if anyone has a 3.4 laying around let me know. I just don't know how long it was run with it so I don't really trust the bearings but ultimately I may just do the head gaskets and go for it. It runs good considering.

Anyway, need help identifying some steering stuff. What is this box out of? Two bolts on the side and then it has one bolt to the top of the frame too. Also what kind of tie rod end are these? They have misalignment spacers and they look pretty beefy but are they ghetto tractor pieces or are they something else? Luckily my kid is excited about it and wants to do the work otherwise this would have been another headache. 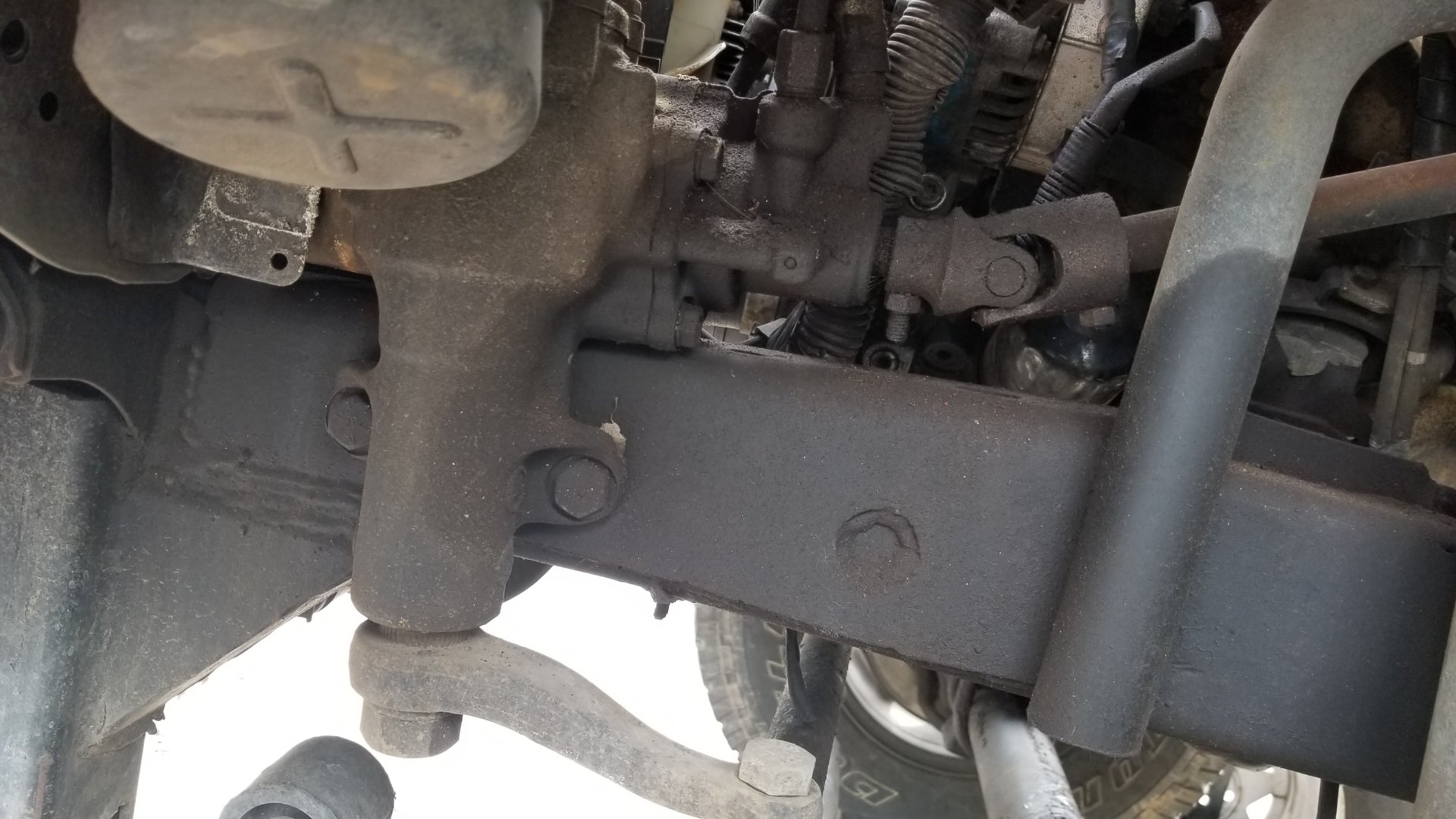 From what I've found it looks like 2wd 1986 Toyota is the same power steering box. Can't say I've ever heard of anyone using one of these.

If insurance was involved and it was a theft recovery it usually is totalled. Cool, make sure the gear ratio is the same..

Yeah it was a theft recovery and totalled, auctioned off at copart, registered and issued a rebuilt title, driven for 6 months, head gasket blown, put on consignment at Copart again and we bought it. I have the rebuilt title. Haven't checked the gear ratios yet but it did cross my mind. Had it in 4wd in my driveway and it does work and doesn't seem to bind in a straight line.

That steering box looks the same as a toyota warrior I was working on a little while ago. I would look for the 4x4 version in 92-99 range.... You might have to beef up the frame mount but well worth the strength.
T

Rod ends are regular old him joints with misalignment spacers. Nothing fancy(not tractor parts), unless someone spent big dollars on name brand ones. Otherwise looks like it'll be a fun ride as long as the wheels stay down.

I bought a 2004 Forester for $1400 our the door. Some idiot mechanic had swapped the coil pack wires so it ran like hell and was over heating. Got her fixed up and she runs like a champ!

Also loved buffing out the headlights 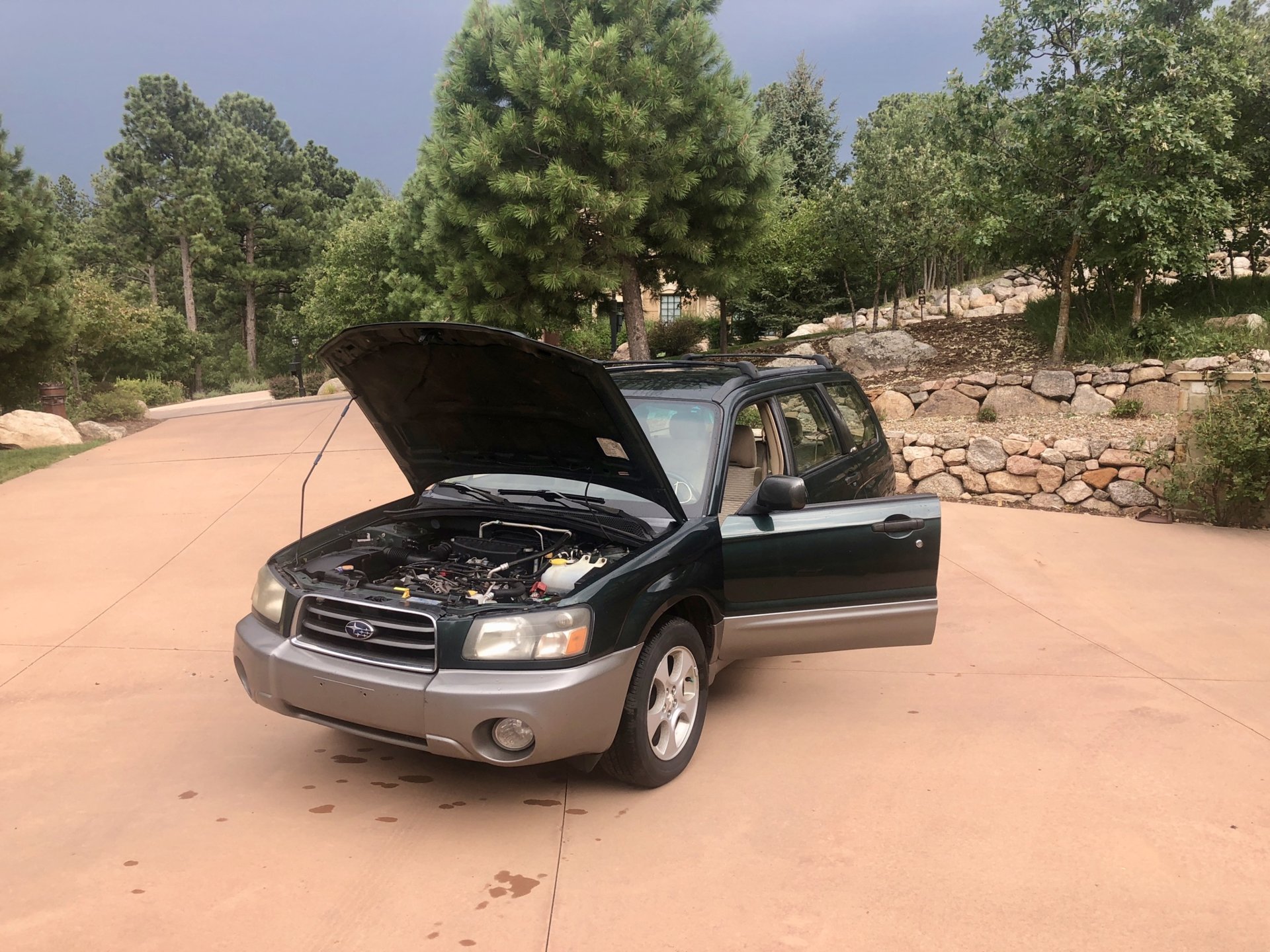 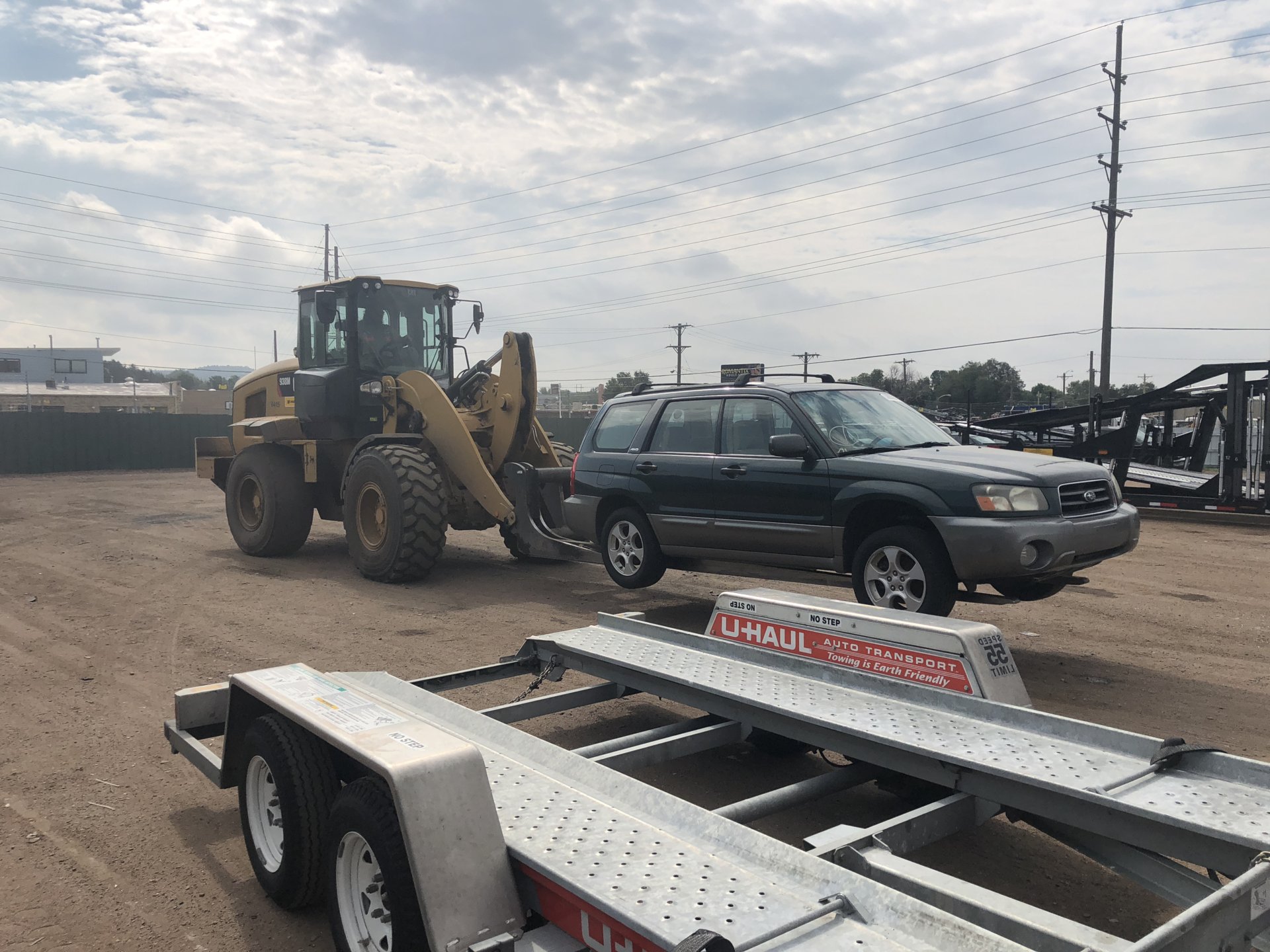 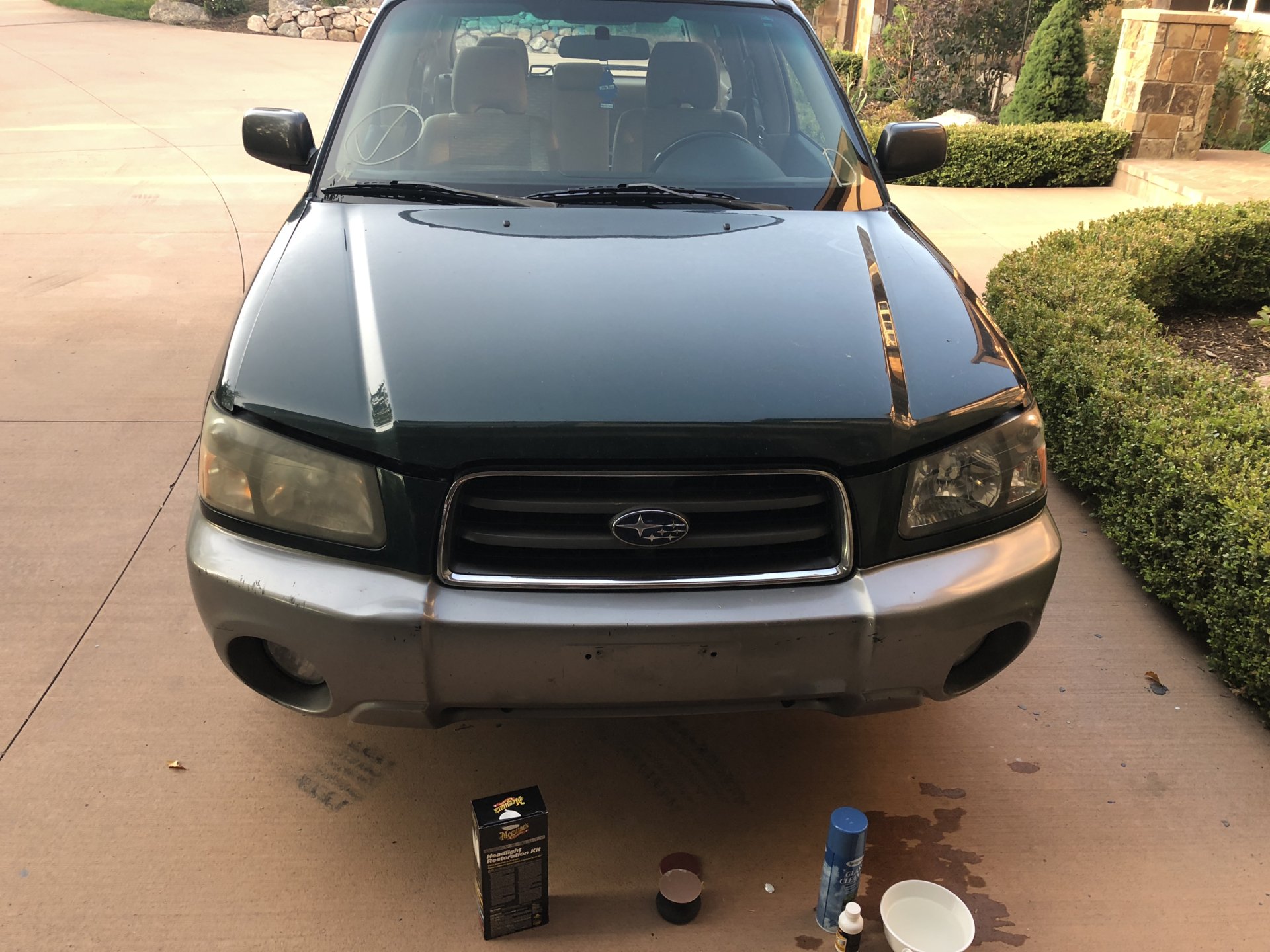 Well, it's been a while since I've made some bad decisions with car buying .. So I bought this off of Copart this week! 2004 lexus is300 sportcross. Super rare, only 3000 in the US over 4 years and only 384 made in 04. After fixing a flat tire and a new battery in Portland we drove it home last night. 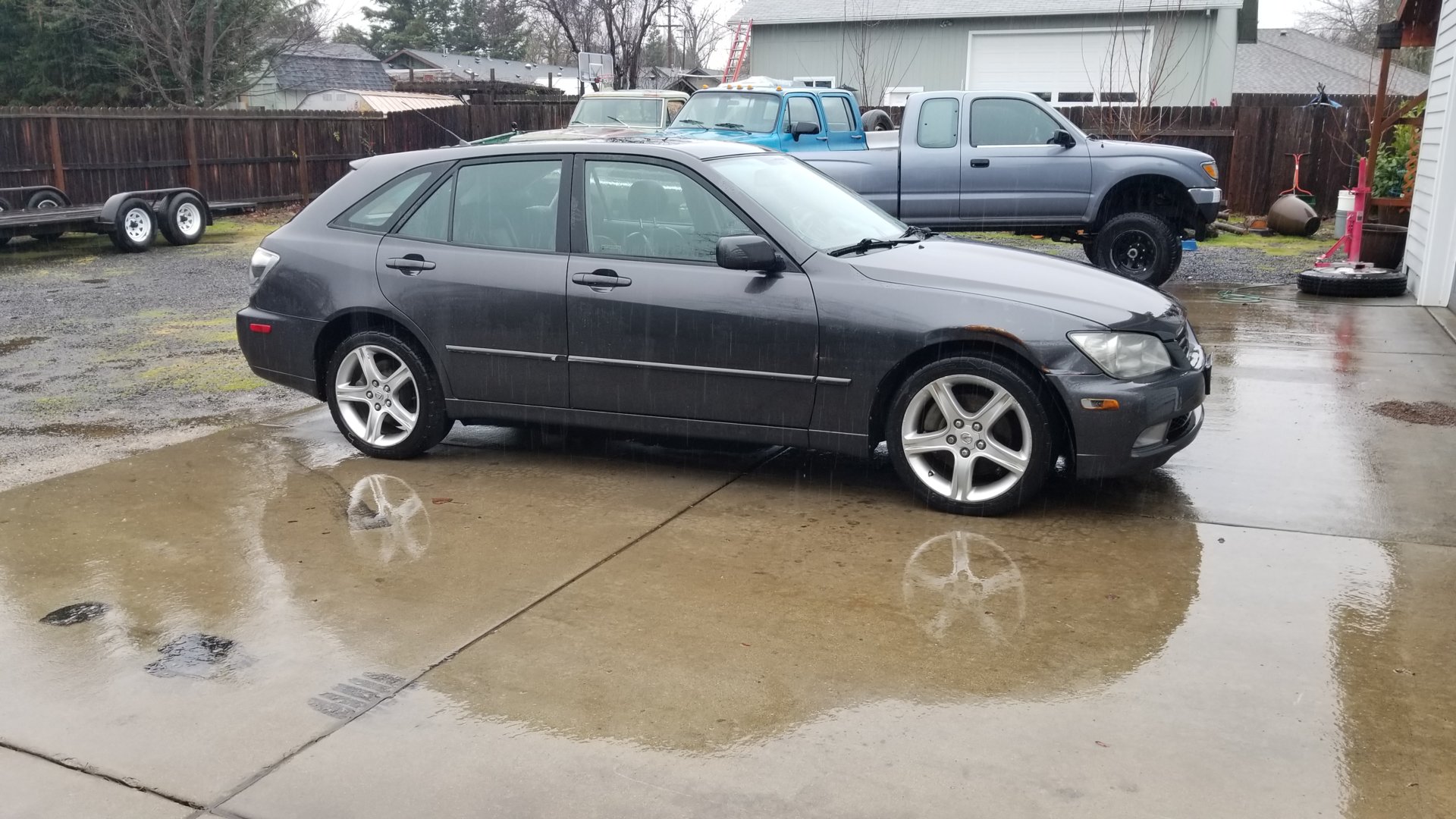 Sweet. I don't think ive ever seen one before.

Is that a manual trans?
You must log in or register to reply here.