About a month ago I replaced the cylinder head, gasket, etc in a 2.7. Immediately after the repair it ran totally normal. A week or so later it idled a little rough, but nothing serious. It got a little worse running, but still nothing too serious. I chalked it up to mabe a bad batch of gas or something. A couple days ago I drove it to the mountains and back and now it runs awful: no power at all, sounds/feels like it's misfiring, yet it's not. It's basically useless under 3k RPMs. Also, there are no codes at all in OBD.

What are the odds that it's as simple as a clogged catalytic converter? When the head gasket went, it of course dumped a bunch of coolant into it, and it's also the original with 250k miles on it.

Sounds like plugged exhaust. Easy enough to split the exhaust ahead of the cat and see if it will rev up. Will throw a code for downstream o2 sensor though.

What about fuel pressure - plugged filter or bad pump?

Brand new filter when I did the head, and getting plenty of fuel.

Make sure the maf is clean

gnob said:
Make sure the maf is clean
Click to expand...

Did you remove the CAT and see if it runs better?

I have to leave tomorrow to travel to work. Going to tear into it when I get back in a week.

Going to Italy where I plan to drool over some diesel hiluxes and 70 series.

maddslacker said:
I have to leave tomorrow to travel to work. Going to tear into it when I get back in a week.

Going to Italy where I plan to drool over some diesel hiluxes and 70 series.
Click to expand...

Have fun out there and let us know what you find out when you get back!

So, I installed a new cat. That was definitely a problem, however not the problem.

The good news though is now it is throwing a code for a misfire on cylinder #2. I checked the plugs, no issue there. Then I replaced the distributor cap as it looked pretty sad, still no change. I've ordered a replacement fuel injector, and if that doesn't do it, then a set of wires. After that I will be stumped ...

OK so finally got around to doing a leakdown test which showed an issue with the exhaust valve on cylinder #2. We pulled the cylinder head off and, well, see for yourself: 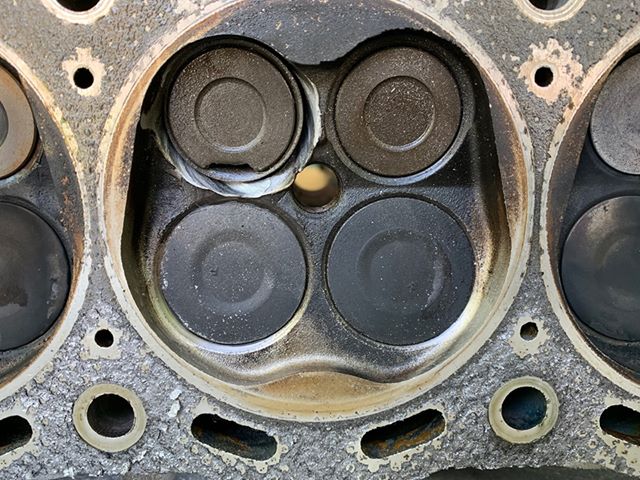 Cam and piston are fine, just that one valve. It's a remanufactured head, so maybe the guide just crapped out?

Sending it in for, hopefully, warranty.

Good news on the rest of the motor. Maybe too much clearance in the guide to start with and it just wallered from there. Weird.

So the head gasket failed, and upon inspection the cylinder head had some small cracks. Pretty standard repair ... no big deal.

I ordered a remanufactured head online from Heads Only and installed it. After a month it was running poorly, as per the the start of this thread.

Removed that head and sent it back and received a replacement. Had a shop install it. Out of the gate it had reduced power from OEM, the exhaust smelled like it was running rich, and it would go pop-pop-pop-pop when engine braking or decelerating.

Due to some semi-related issues, went to a new shop and had a leakdown test done, which led us to pull the head again. From what we could tell it was my original core return head, shoddily welded, and those welds had cracked, allowing leakage.

At this point, the new mechanic connected me with a local shop where we got a new casting head, and moved over the small parts. New mechanic tested the new head before installing it and found one valve out of spec by 3/1000th. He ran it over to the head shop and they adjusted it. That head is now installed and the truck runs perfectly. It has its normal lack of power,

normal gas mileage, and it idles correctly and runs very smooth over the whole power band.

Meanwhile I had some heated words with Heads Only, and they finally agreed to take the shoddy head back and refund my original purchase. I'm out a boatload of labor dollars, but oh well ... just want to get on with life.

Good to hear you’re back up and running.

Just had my 3rz head reworked due to a burnt exhaust valve @ 165k miles. $600 on the head reworked and I supplied the parts. Valves, guides, and seals. Put it on and after a quick ‘break in’ drove it 1100 miles with no issues. It cost me nearly as much as a China head or refurb. But I’m happy with it. 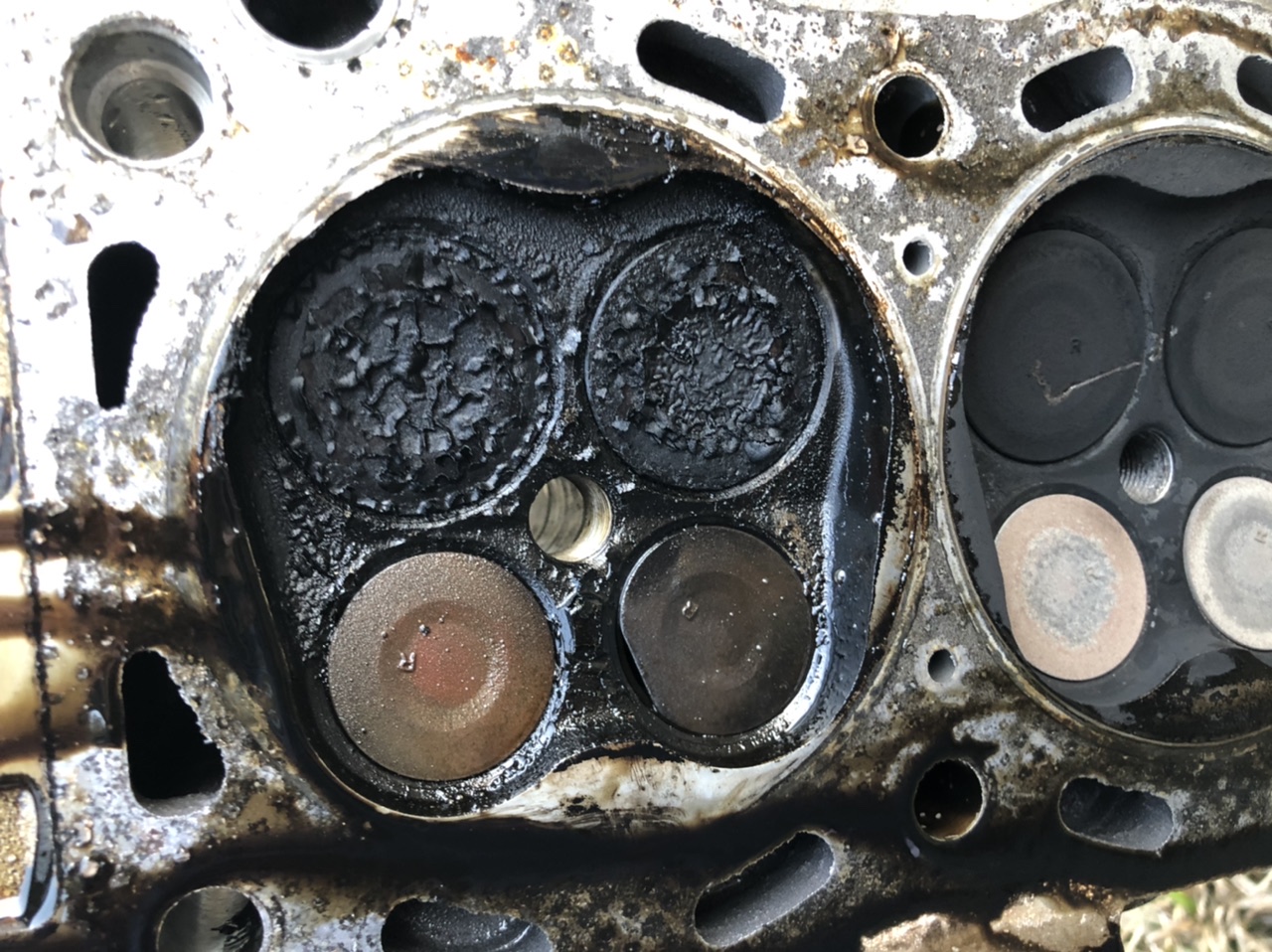