Before we reached the bottom of the Devil's Punchbowl, a motorcycle came up to tell us that there was a recovery underway and asked us to give them 20-30 minutes before coming down. We figured that would not be a problem, as it was going to take some time to get eight trucks over this rock obstacle.

We got everyone through without a problem (we did pinch the aluminum steps on @Crusha 's 80, however; sorry Greg!) and got the all-clear to proceed. This is a memorable trail and I know some of the other guys took lots of great photos! 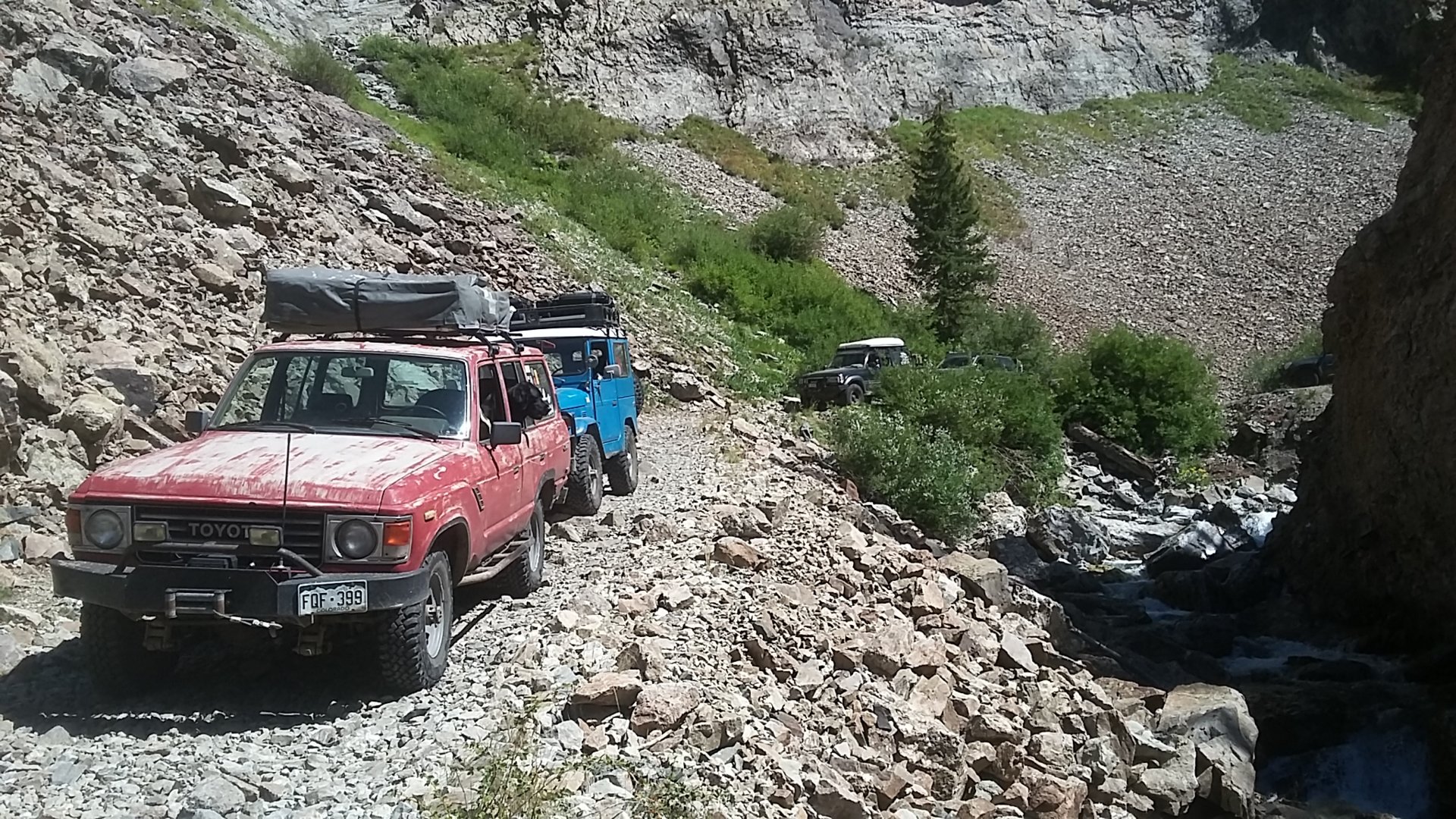 Tracy, thanks for the trip summary and your trail guide experience.

The next stop was at the eastern trailhead to Lead King Basin, which is less than a mile from the village/ghost town of Crystal. We're planning to drive the Lead King Basin, but know that there was an avalanche up there (uncertain of the exact location) and online reports were contradictory and left us uncertain whether the road is passible.

Our best course of action, in my opinion, was to drive into Crystal and ask about it, then proceed to the western trailhead.

If the road was indeed passible, we'd drive it, then drive back up the Devil's Punchbowl, then down into Crested Butte and return to the cabin in Almont. If not, then we'd likely be out of daylight (depending upon how far into Lead King Basin we traveled), so our alternate plan was to exit further west at Marble and drive the highway to Kebler Pass, then drop down to Crested Butte.

"No", "Yes", and "Maybe, the ATV's have been doing it!" were the three answers I got when I asked three people about it in Crystal. So, we had that going for us!

An interesting side note: we met a guy loading a KTM motorcycle on a carrier mounted to the back of a 4Runner. Turns out, that this was the bike that crashed over the edge on Devil's Punchbowl a week +/- prior, and was the "recovery in progress" for which we paused on the trail!

The man we met (Dave Phillips, aka Roads_End_Adventures on Instagram) told us that the owner/driver who crashed lives out of state, and had asked Dave via an online forum, to recover the motorcycle. Dave told us that the owner/driver had a helmet-camera recording when the incident occurred, but was waiting to make the video public until the bike was removed from the crash site.

Back to the story--we stopped at the Crystal Mill then proceeded to the western trailhead of Lead King Basin. It wasn't long, maybe two miles, before we reached the avalanche site. 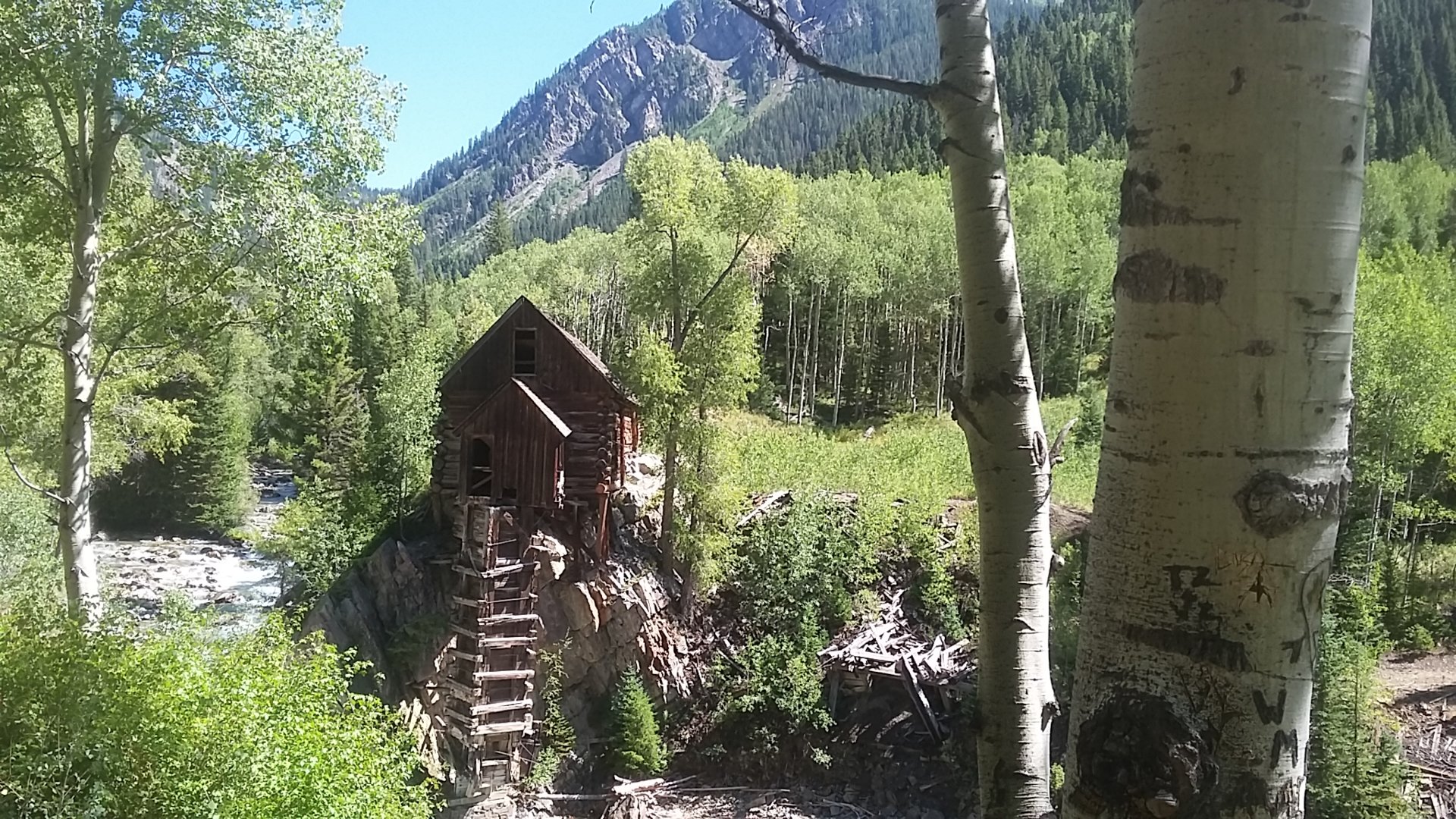 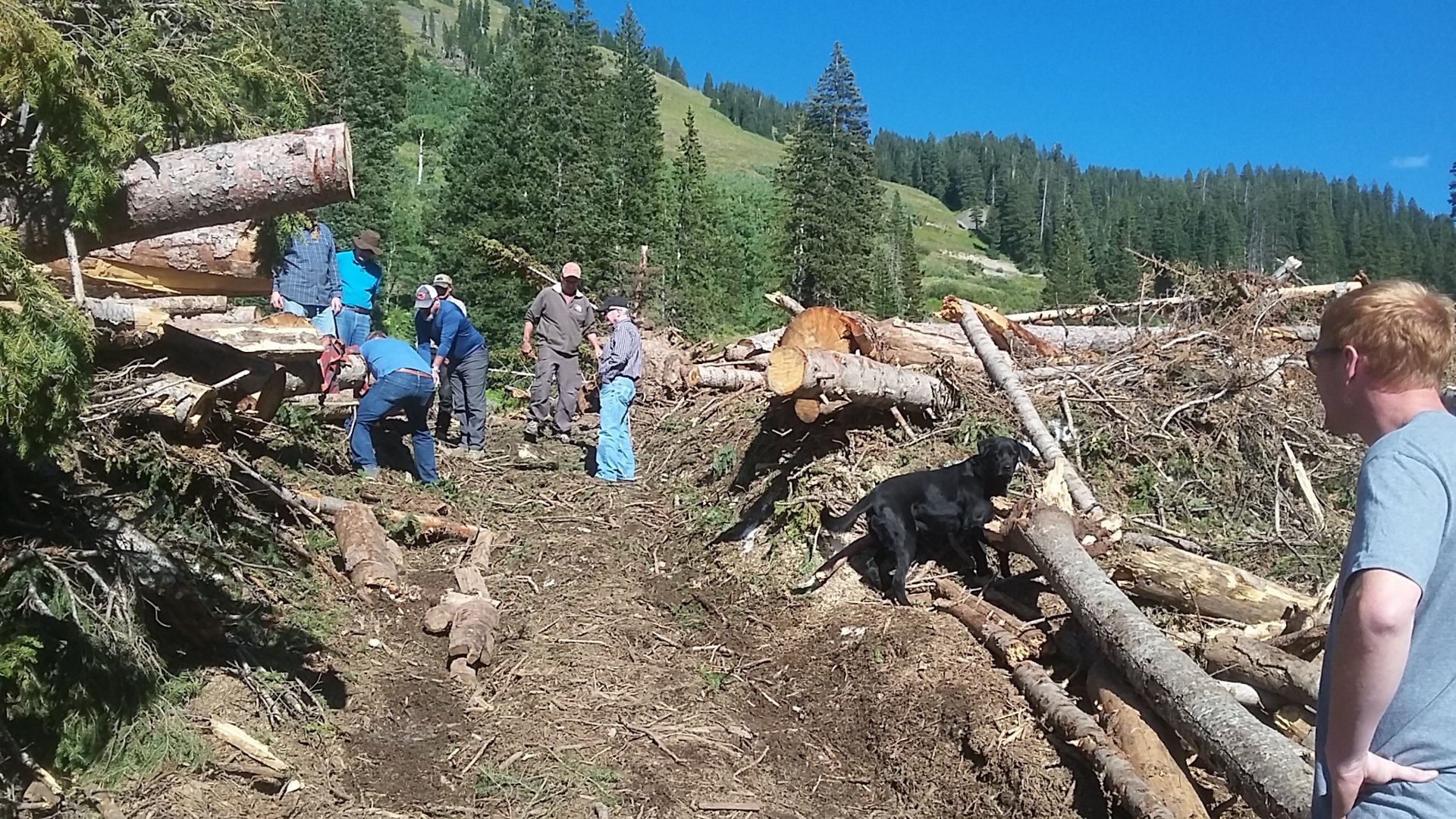 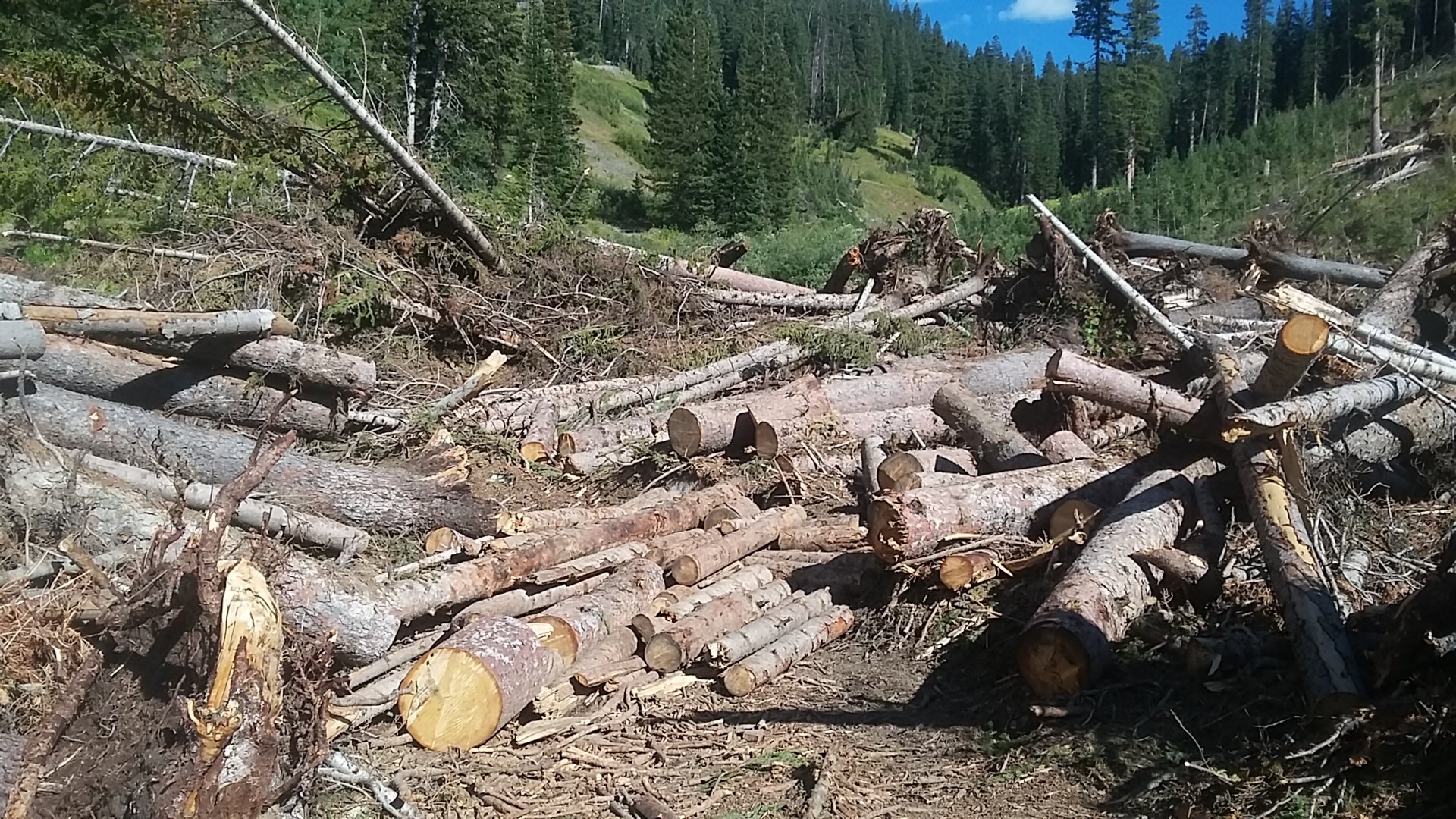 Guys- awesome pictures and videos can hardly wait till all the photos are available!!!! There were more good pictures this trip than any other trip I've ever been on. Kudos to Tracy for a great time leading us around the trails we picked, his knowledge of the trails is awesome. He is one hell of a spotter, too!!!!!!

A few notes, will add more later. Can't tell you how nicely the DAC (downhill ascent control) on Jeff's Taco worked. With SteveO at the wheel and me as a passenger that Tao went down Red Cone without Steve even touching the brake pedal!!!!!! This was the third time I've been over Red Cone and it was the least scary time by a long shot.

The cabin Tracy mentioned that we rented in Almont was actually a pretty large brand new house. We really enjoyed "roughing it" there.

Karl's 60 ran great once he swapped carburetors in fact it was absolutely awesome in the higher elevations!

Rob's 40 had a propensity to bog out on steep inclines at the absolutely highest elevations. Not sure what is causing it but he made it over Red Mt pass and Monarch pass on the hard road without ever skipping a beat. He made it up to the very last section of Imogene (from the Ouray side) before it conked out. Aaron ended up towing the 40 the last 1/2 Mile or so to the summit of Imogene! A bit scary to say the least. To add insult to injury Rob said his steering felt a bit funny going down the Telluride side of Imogene- wonder why? Well his left front spring pack had broken the centering bolt and he lost four leaves from his OME spring pack!!!!!!! Took awhile to get it sorted out and running again but it turned out well. He was able to do the rest of the trip (dirt roads and hard road) without problem.

Very little body damage in fact I believe Greg's running boards on the HDJ81 were the only victims. He dented one on the ascent to Red Cone and the other heading down through the devil's punchbowl.

The slide on the lead king trail was awesome, Greg tried to drive up and through it after the guys had made sort of a corrugated road using felled logs but it was awful slippery. All the snow under the trees and branches and stuff was extremely slippery and made finding traction all but impossible. We were running out of daylight and as Tracy mentioned earlier decided to head out to Kebler pass and that route back through Crested Butte to Almont.

Again more later but I must say it was another epic trip, had some guys new to Colorado offroading who really enjoyed it, and seeing the awesome variety in the rigs in our group was something else.

shmukster said:
seeing the awesome variety in the rigs in our group was something else.
Click to expand...


Five generations of Land Cruisers! Really, how often do you see that?! 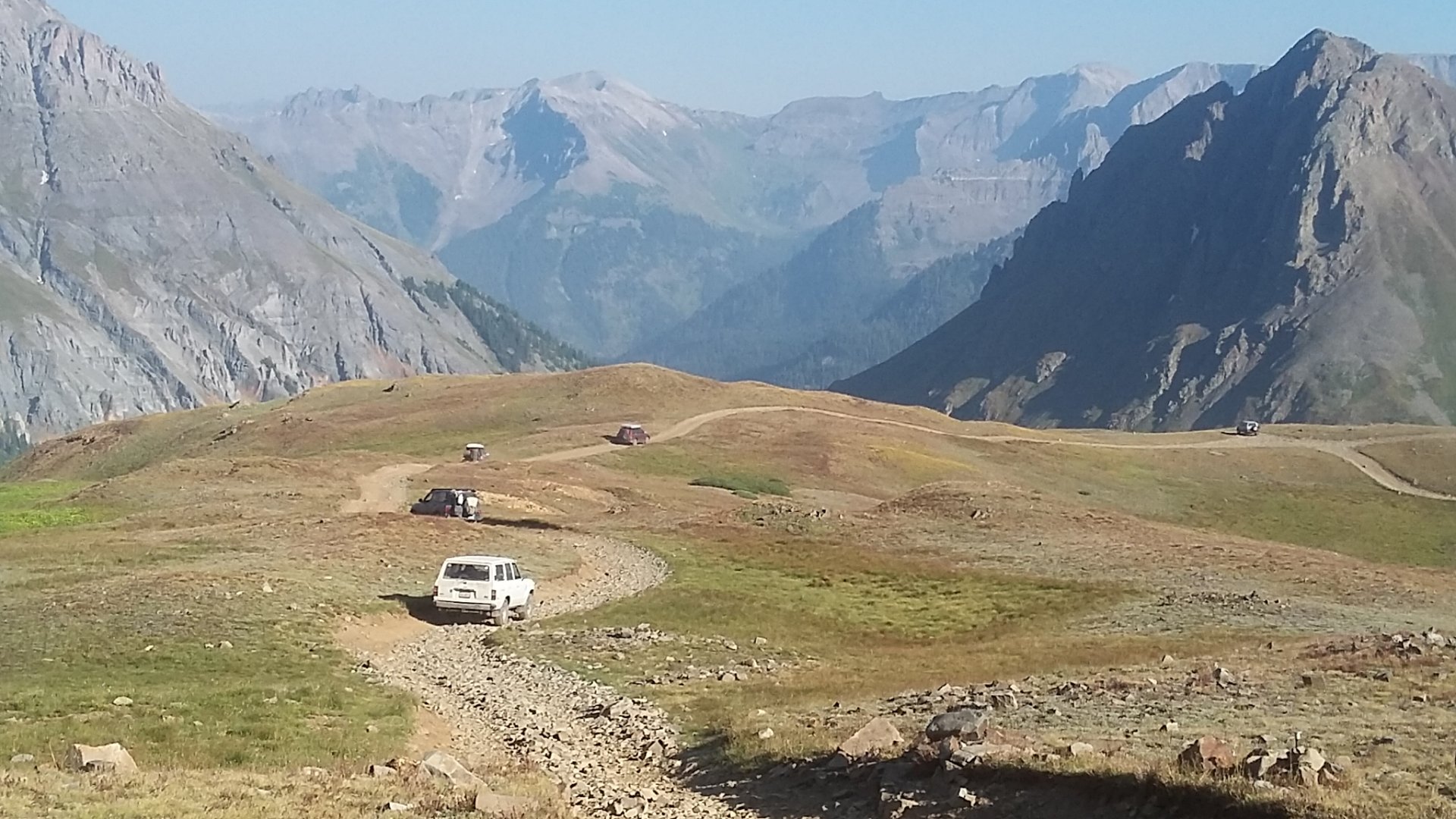 (posting to make a placeholder for Imogene Pass and Ophir Pass) 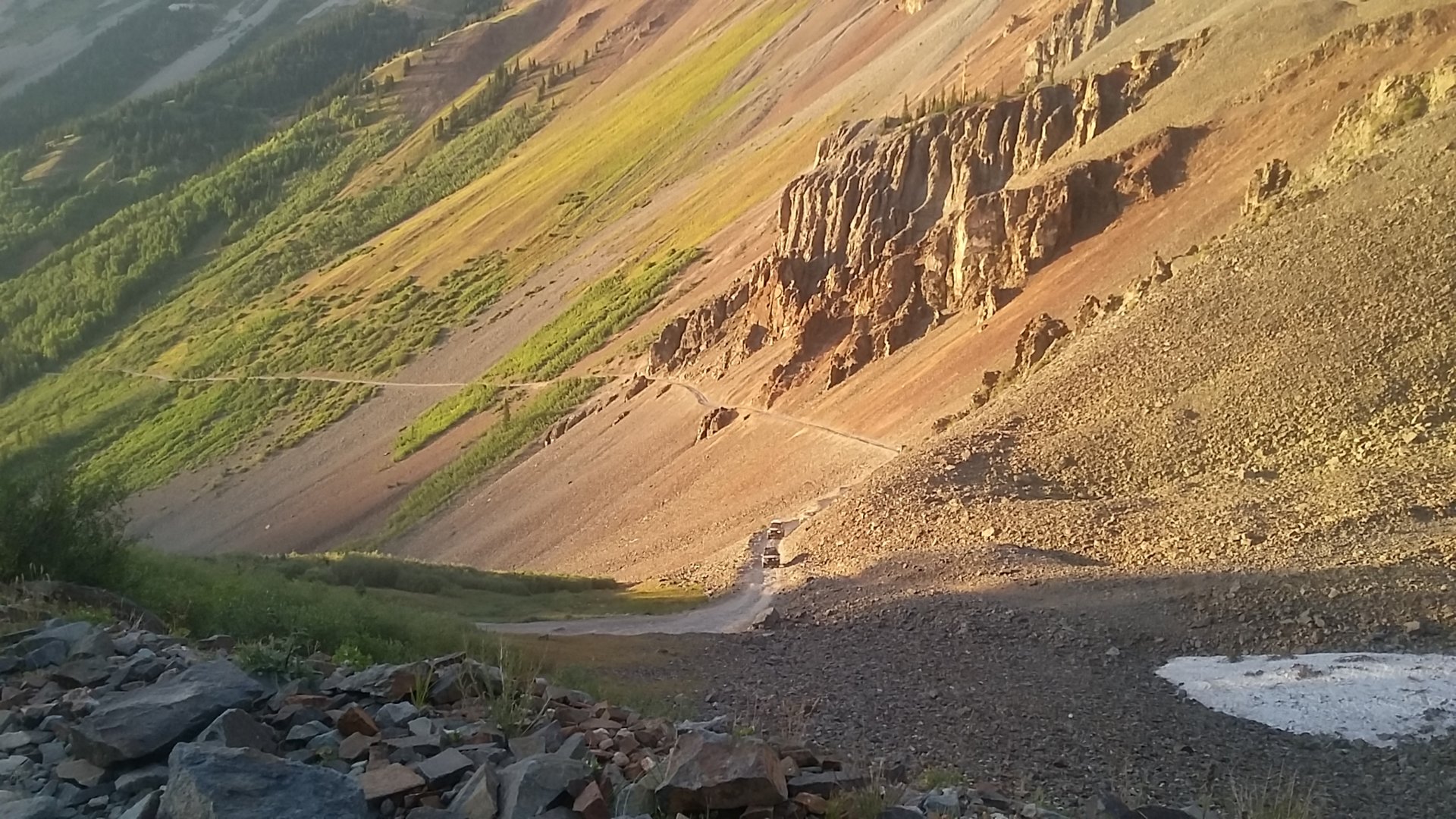 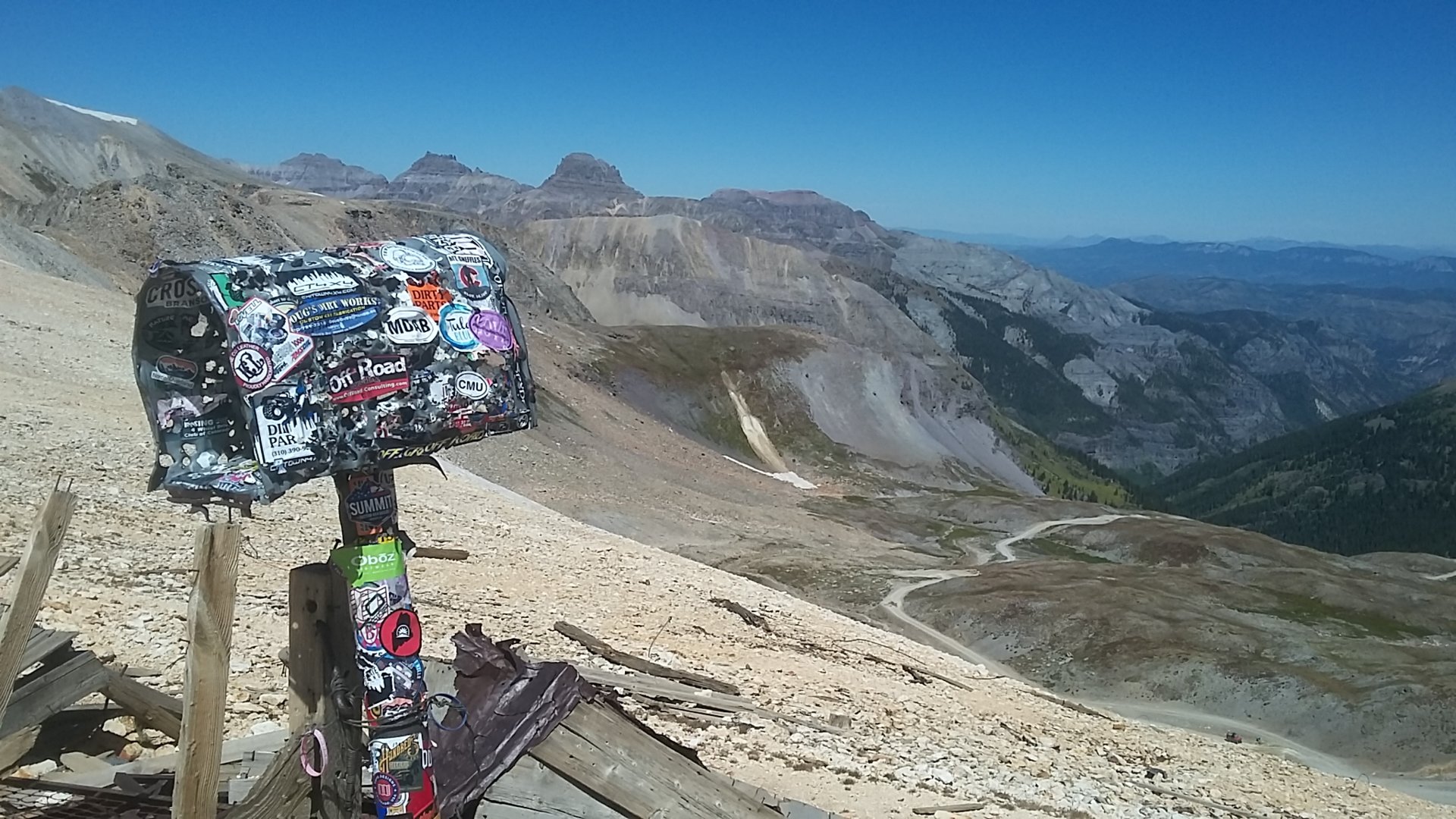 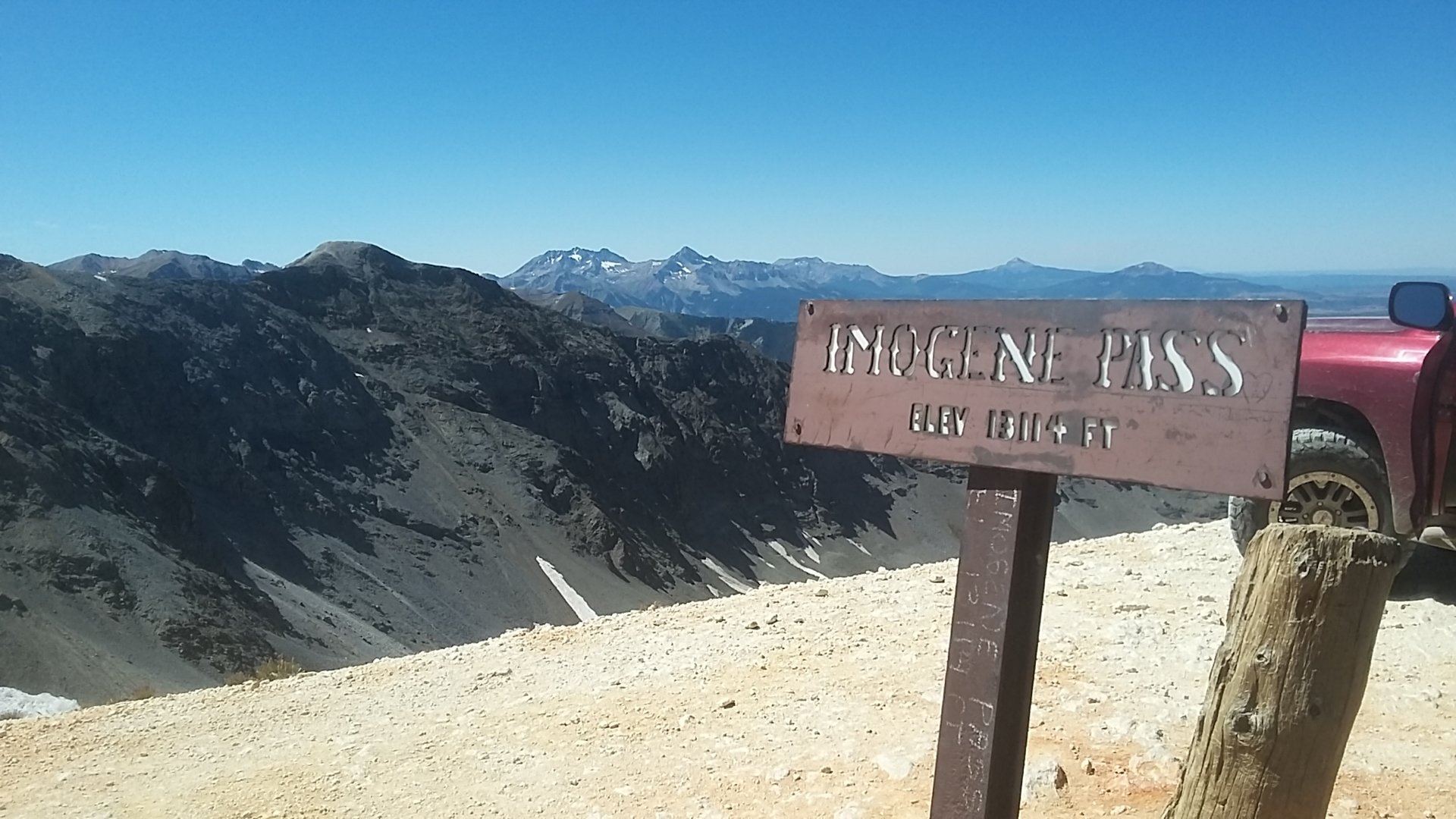 My video compilation from Day 1, Red Cone and Webster Pass.

Those are great photos of a great trip written up greatly. Thanks for sharing !

More from Day 2, on Tincup Pass. The wind noise was not as harsh so I didn't "cover" with audio.

Day 3, in Crested Butte, starting with the Paradise Divide.

If you have a few hours, here are some of my photos from the trip 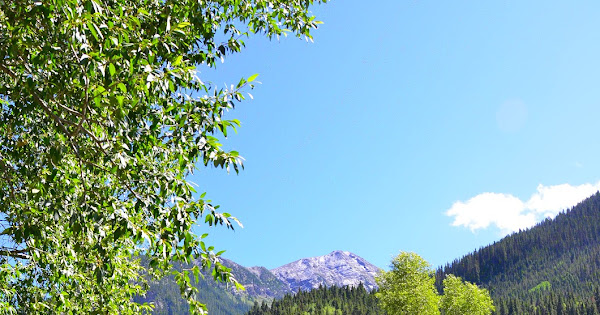 BROKEROB1 said:
If you have a few hours, here are some of my photos from the trip

BROKEROB1 said:
If you have a few hours, here are some of my photos from the trip

Nice pics Rob, almost makes me feel like I was there!

Yes, that was from Grand Tour. We joke about that at work.

I've taken pictures of a few myself. Here is the best I have seen.... 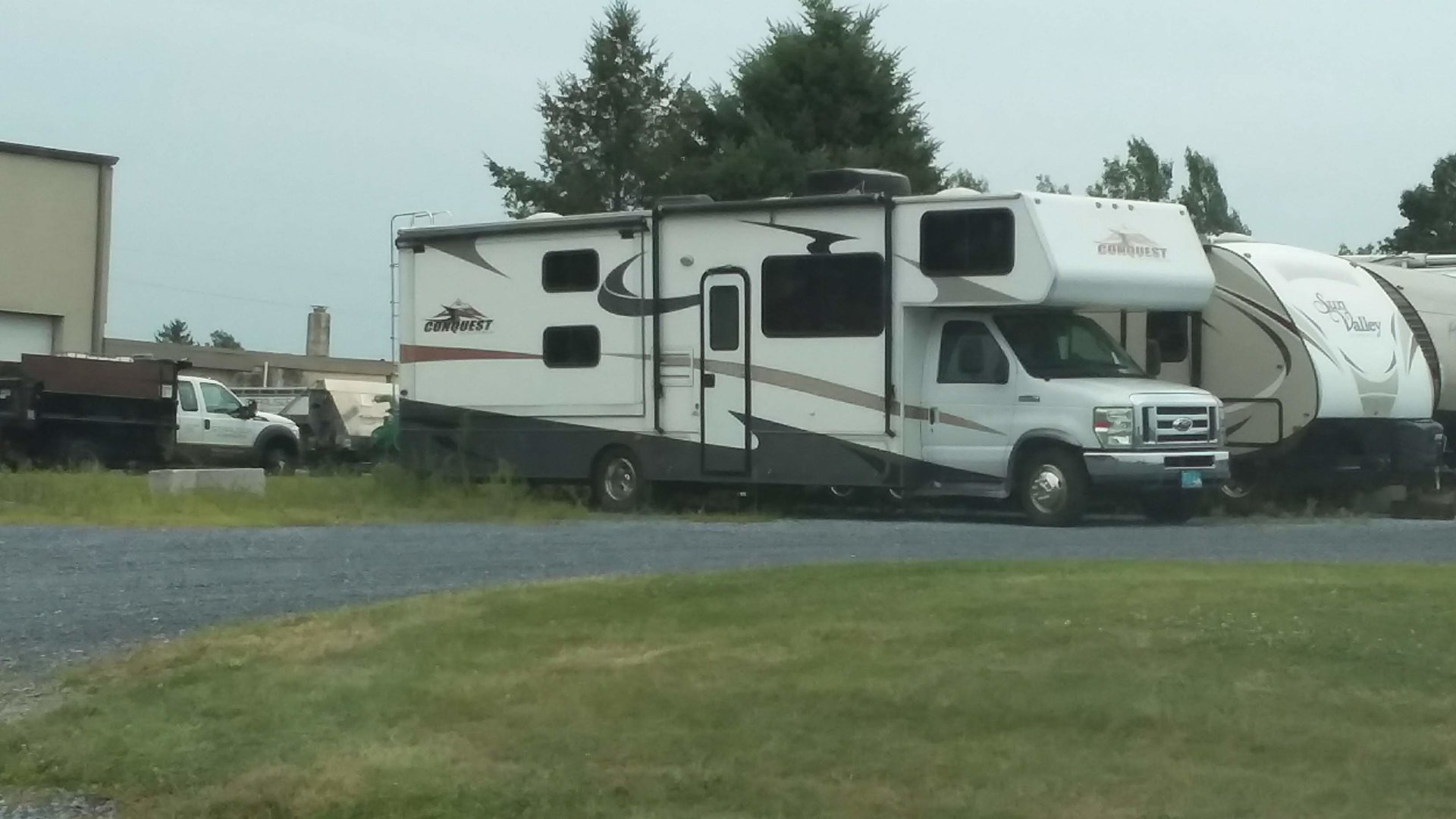