Well, the time approaches for our 2019 Colorado trip. I'm leaving Saturday morning, driving Jeff Strite's (Capital City member) expedition rigged Tacoma out. Mitch from the CCLC club will be leaving his place in Virginia and meeting me somewhere along interstate 70 to caravan out. Ben is shipping his rig out to Denver and flying out. Rob (Brokerrob) borrowed Crusha's truck and trailer and is towing his 40 out. Karl Jurgeliewicz from the Yankee Toys club is driving his FJ60 out, we're all meeting in Idaho Springs Monday the 9th. Bob Bascom and Steve Oliff from the CCLC are flying out and riding with Ben to Idaho Springs. Vrusha's truck is currently in Stockton CA, he's flying out there this week for a concert and then driving the HDJ81 east to meet us at Idaho Springs. The plan for driving out gets us to somewhere west of Indianapolis Saturday, to either Salina or Hayes Kansas Sunday, then a relatively short drive to Idaho Springs Monday.

Plan is supper at Beaujos on the 9th and some socializing and brain cell erasing at the Argo Motor inn at the Springs. Leaving IS on Tuesday we'll be driving over Guanella pass and down to Grant and Webster. From there it's offroad up to the notorious Red Cone trail and it's scary descent. From there we're headed down Webster pass and camping for the night somewhere in a campground probably Handcart CG.

Wednesday morning we'll be up over Kenosha Pass and through South Park to Fairplay, from where we'll head over Mosquito Pass into Leadville. South from there through Buena Vista and out through St Elmo, and up and over Tincup Pass to Taylor Park. A drive down through Taylor gets us to Almont where we have a large cabin reserved for two nights. Hopefully by this time Tracy from CO (Trails Offroad contributor) will have met up with us. Mike Thomas (Stump) and Jeff from the CCLC club are flying in to Gunnison and meeting us on Wednesday.

Thursday we'll be headed up through Crested Butte and over Schofield pass, and out toward Crystal where we're hoping to be able to do Lead king Basin. Time dependent we might head home the long and easy way over Kebler Pass or might just drive up over Schofield in the direction opposite of that we took in the morning. Camp at Almont.

Friday we're headed down to Gunnison and out route 50 past Blue mesa toward Cimmaron. Taking the left turn to go over Owl Creek Pass to Ridgway. Hoping to get to Ouray in good time to allow us to get up to Yankee Boy and Governor Basins. Been awhile since I was up either of those. Staying for the night probably at the KOA in Ouray, hoping to have supper at the BonTon in town.

Saturday we'll be headed out of town south on 550 to the turnoff for engineer pass. That will take us up to Mineral Point a real neat area. From there it's up and over Poughkeepsie Gulch to Lake Como, then down through California Gulch to Animas Forks and from there down to Silverton for two nights at a campground right outside of town.

Sunday hoping to get up Kendall Mountain, then up the county road to do Maggie and Minnie Gulches. Time permitting I'd like to go up Arrastra Gulch and up to the Buffalo Boy Tram house. Not sure what the snow situation is up there. Sunday afternoon someone will have to give Jeff and Stump a ride down 550 to the airport in Durango for their flight home. Night at the campground in Silverton.

Monday it'll be up over Engineer Pass to Lake City, north on 149 to route 50 at Blue mesa. Heading east on route 50 gonna do the old narrow gauge RR grade over Marshall Pass to the Salida area. From there we'll be headed up 285 into South Park. Some of the guys will need to head all the way up to Denver on 285 while others might head east from south park over Wilkerson Pass to Colorado Springs to get a jump on the ride home. Karl plans to head north and see some of the national parks before he heads back to CT in his 60. I'm hoping to take the northern route on I-80 to be home sometime Thursday the 19th.

So there it is, of course the plans are tentative and may change for any number of reasons. From what I've read all the trails we're hoping to do have been cleared of snow and are drivable. Not certain about the Buffalo Boy tram house trail but we can determine that when we get to Silverton.

Thanks much, Gary, for all your planning!

Have a fun and save trip folks, looking forward to pictures!!

Just a heads up - I was up that way last weekend and Poughkeepsie Gulch was closed (gate was closed on the north end on the Engineer Pass side). Not sure why or if it still would be closed when you guys get there, but that was it's status as of this past Sunday. 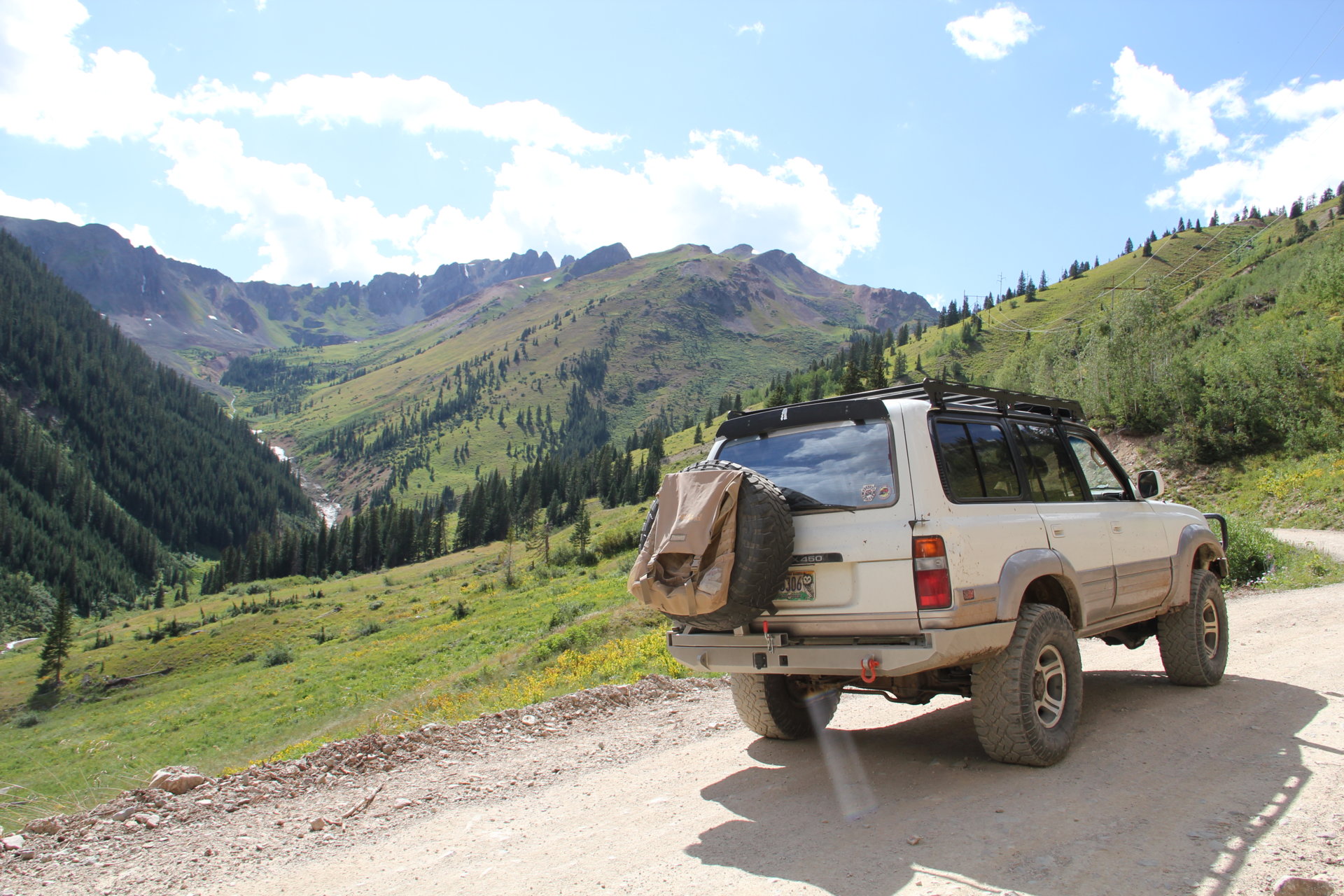 Green with envy and can’t wait to read the reports and see the pics! Safe travels.


Only if he’s wearing a suit of armor.

Just a heads up - I was up that way last weekend and Poughkeepsie Gulch was closed (gate was closed on the north end on the Engineer Pass side). Not sure why or if it still would be closed when you guys get there, but that was it's status as of this past Sunday.

David- looks like you're getting round a bit with your new job in New Mexico. If Poughkeepsie isn't open there are plenty of other things to do and see up behind Animas Forks. Thanks for the info!!!!

WOW .. just WOW, what an awesome adventure. Have a great time and be safe!! Do you guys RTT or camp out the whole way?

ugh....how did I miss this trip being planned. 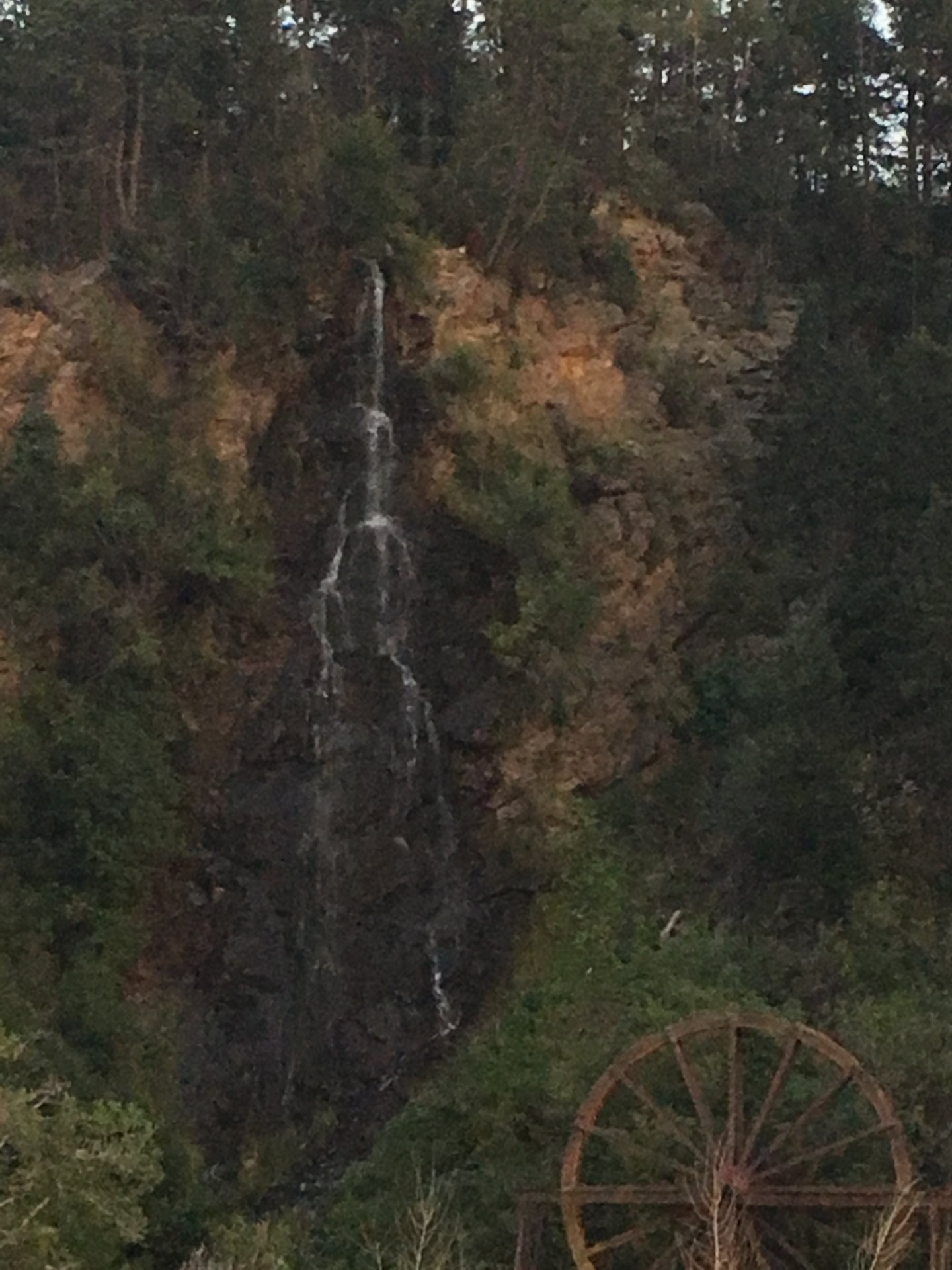 That's all we get?

caz said:
That's all we get?
Click to expand...

All I have are highway and parking lot pics at the moment. We have all mostly arrived now and we head for the hills today. Better pics and stories to follow....

200 towed the 40 and did great, never lacking power and super stable.
Mitch, Gary and Carl all drove out also.

Ben, Bob and Steve got in yesterday afternoon and picked up the 100.
Crusha arrived haggard and unkempt from the west coast in his 80. 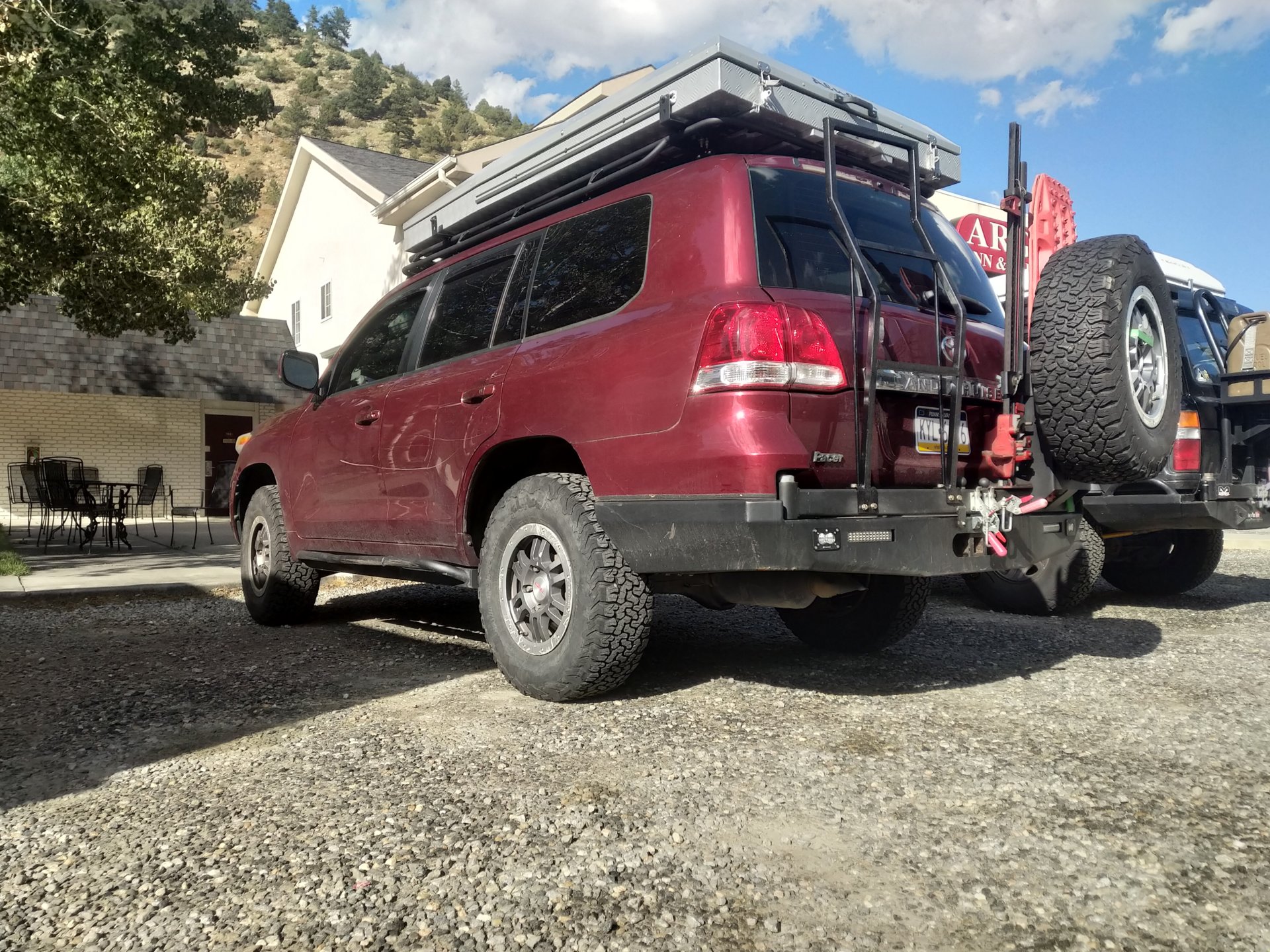 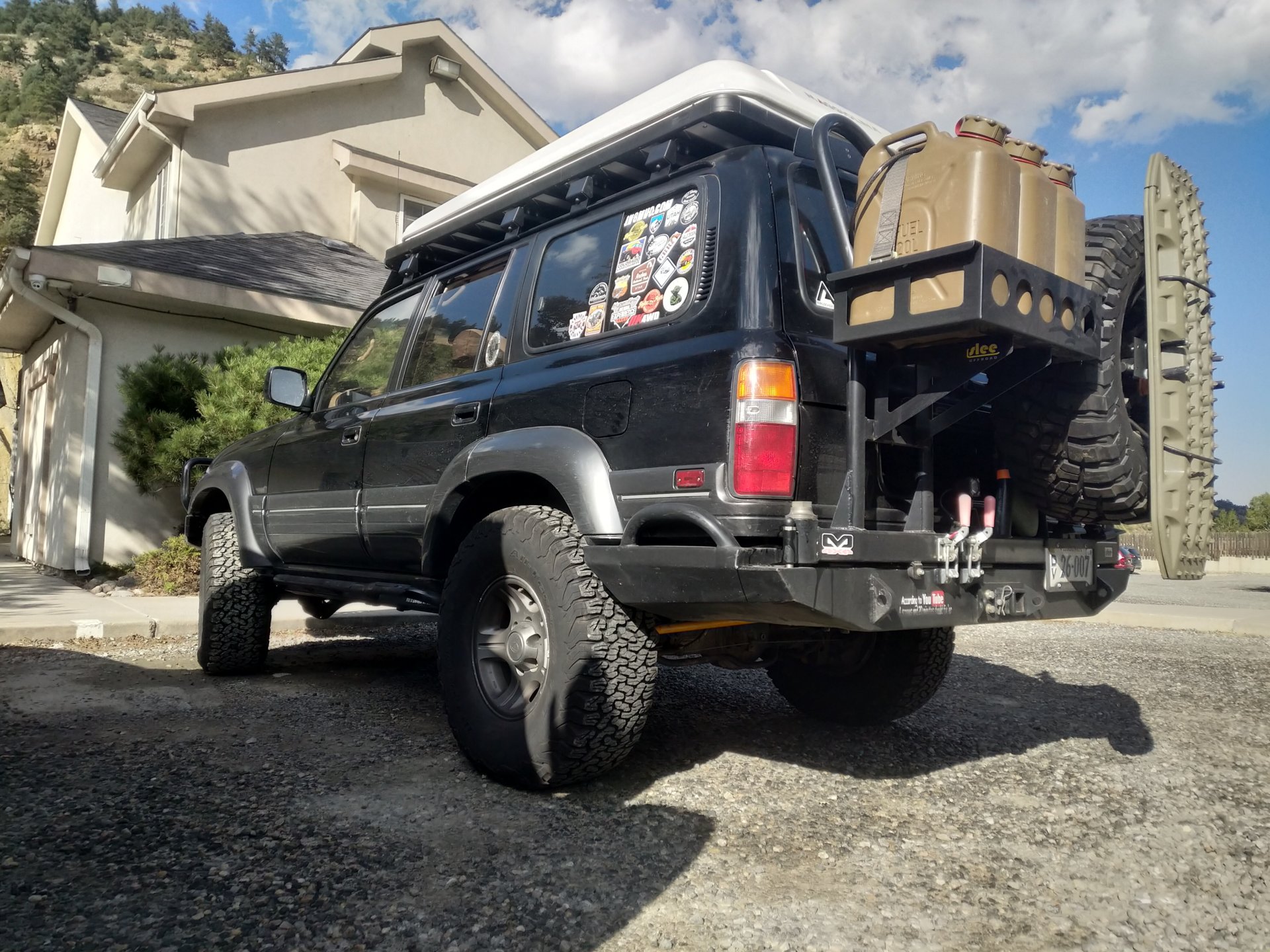 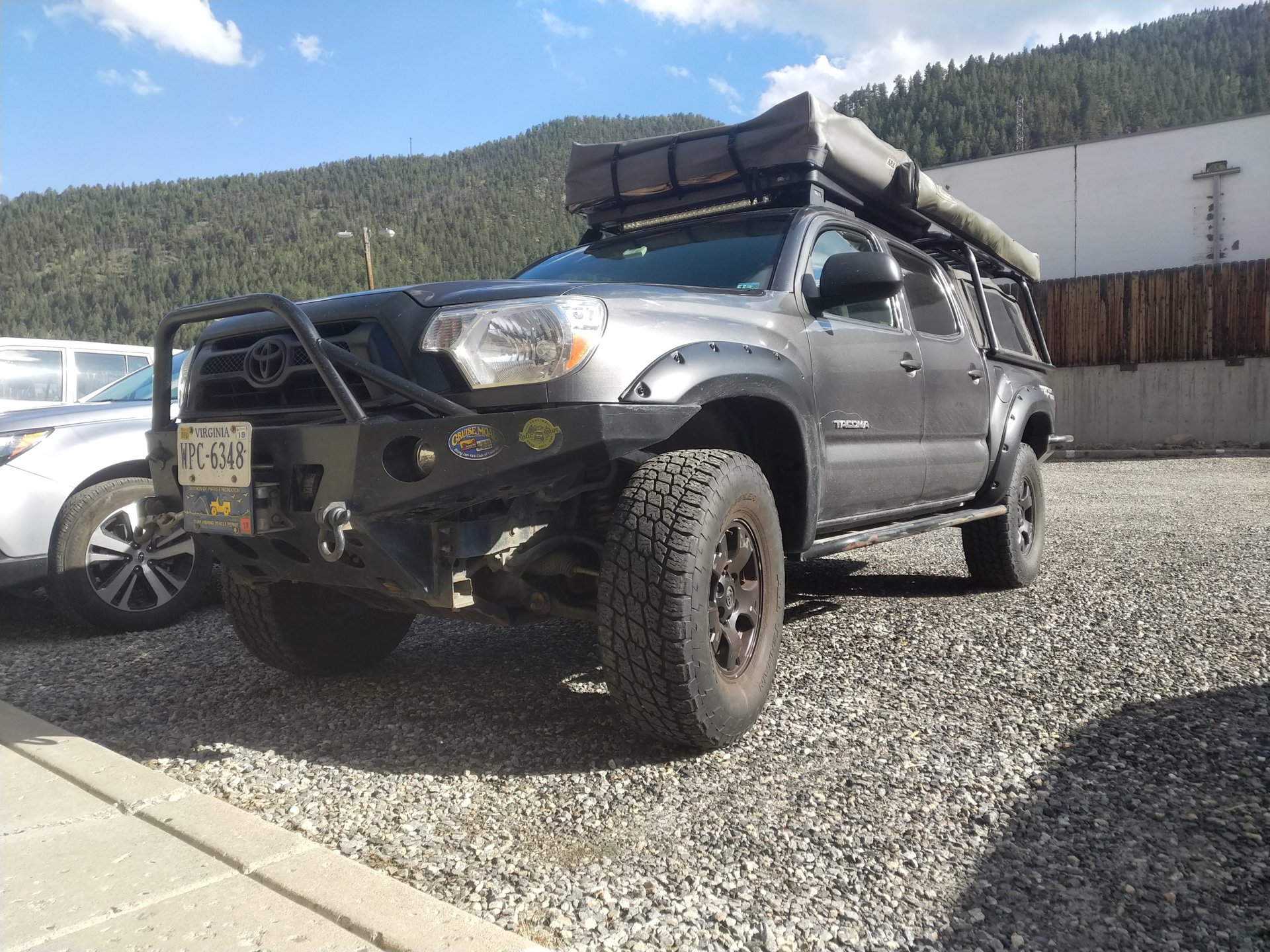 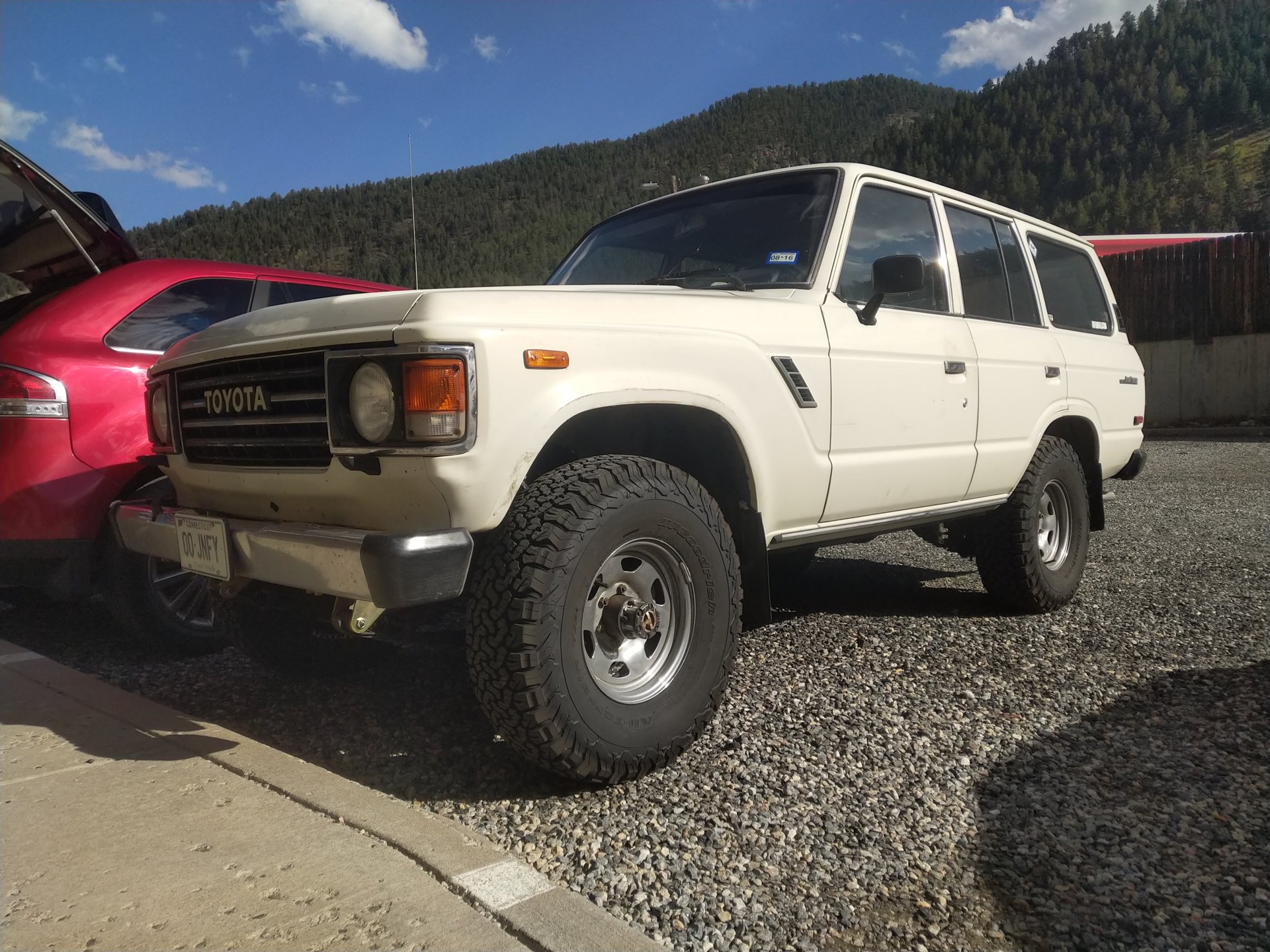 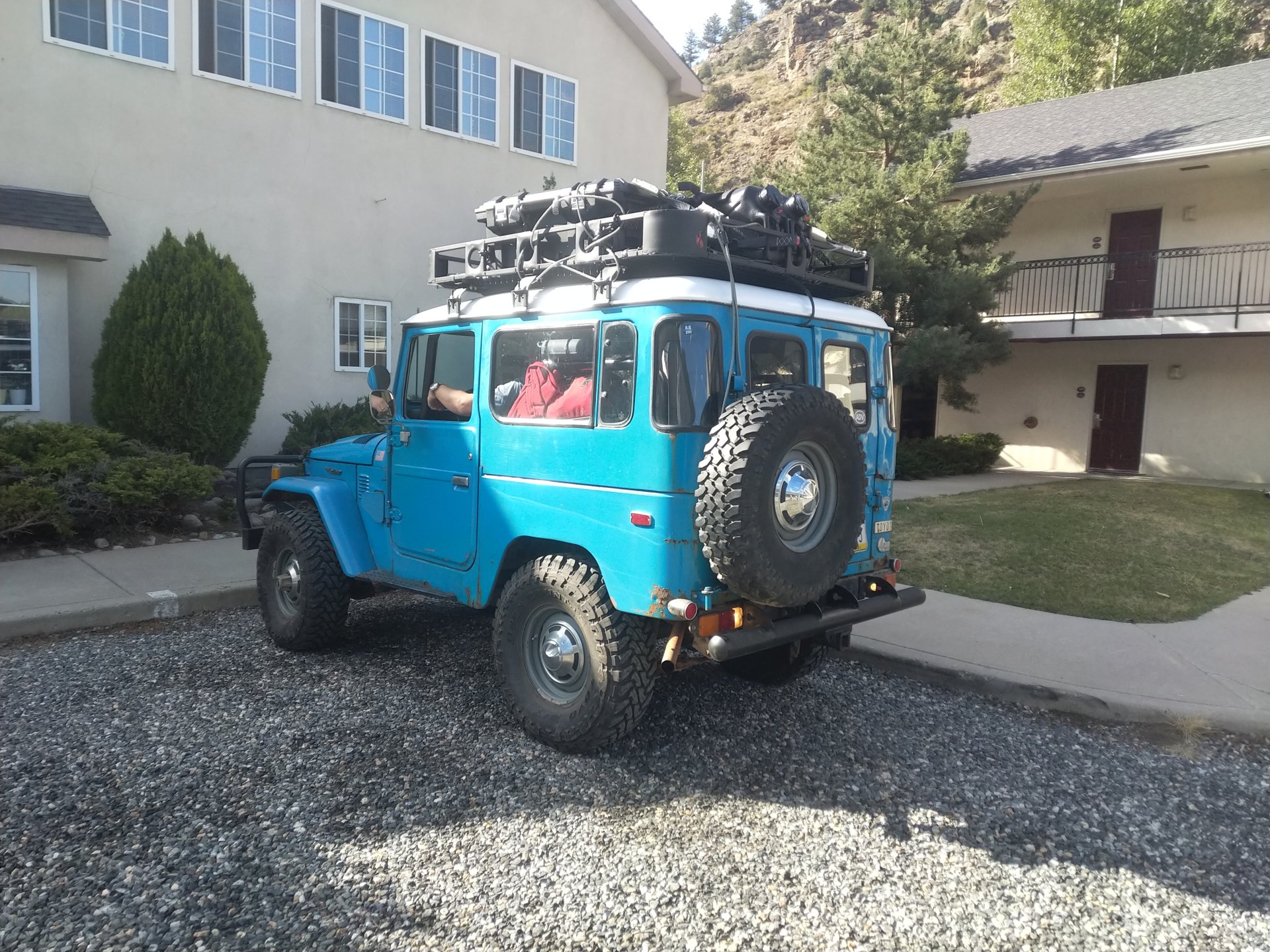 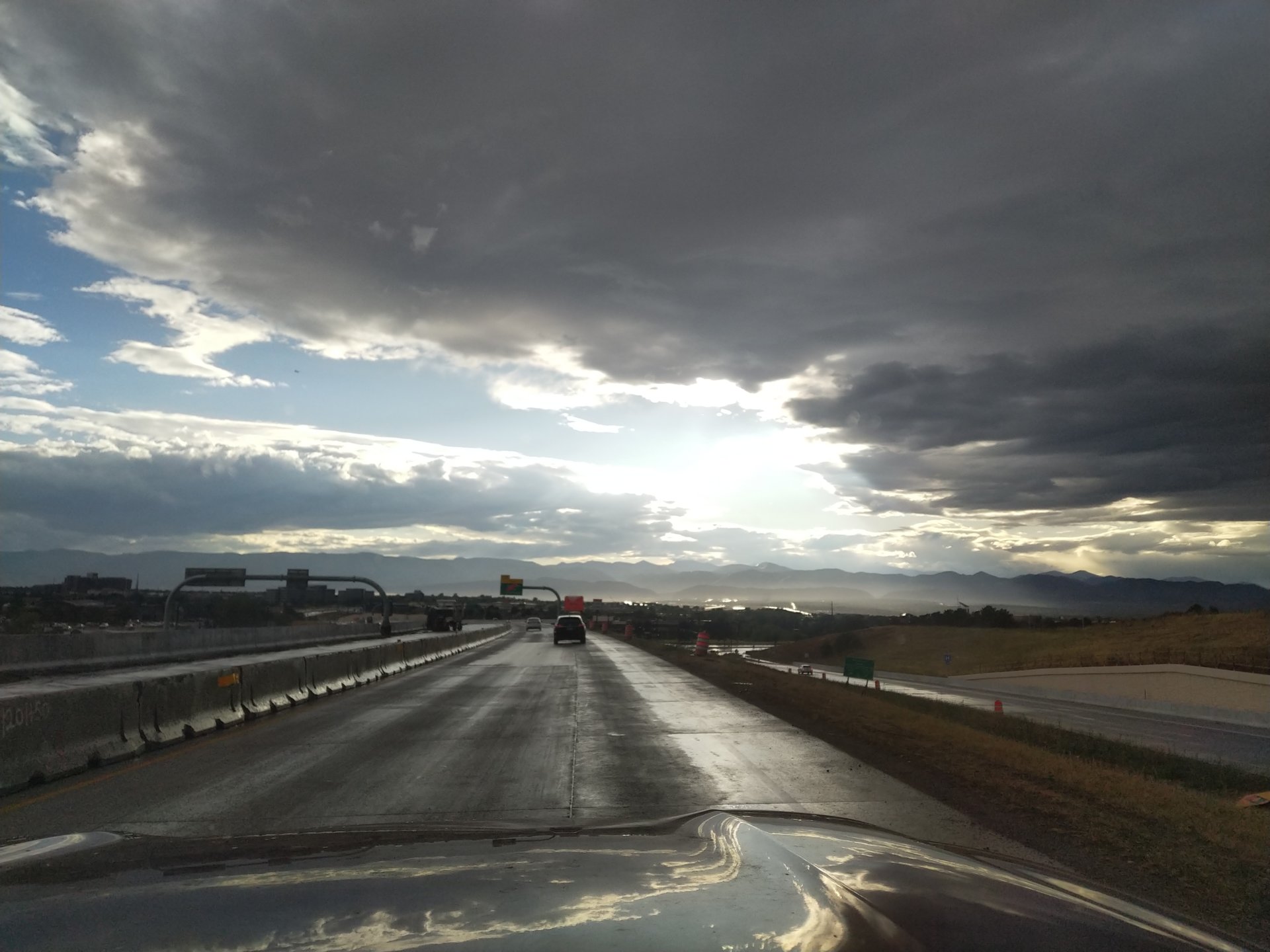 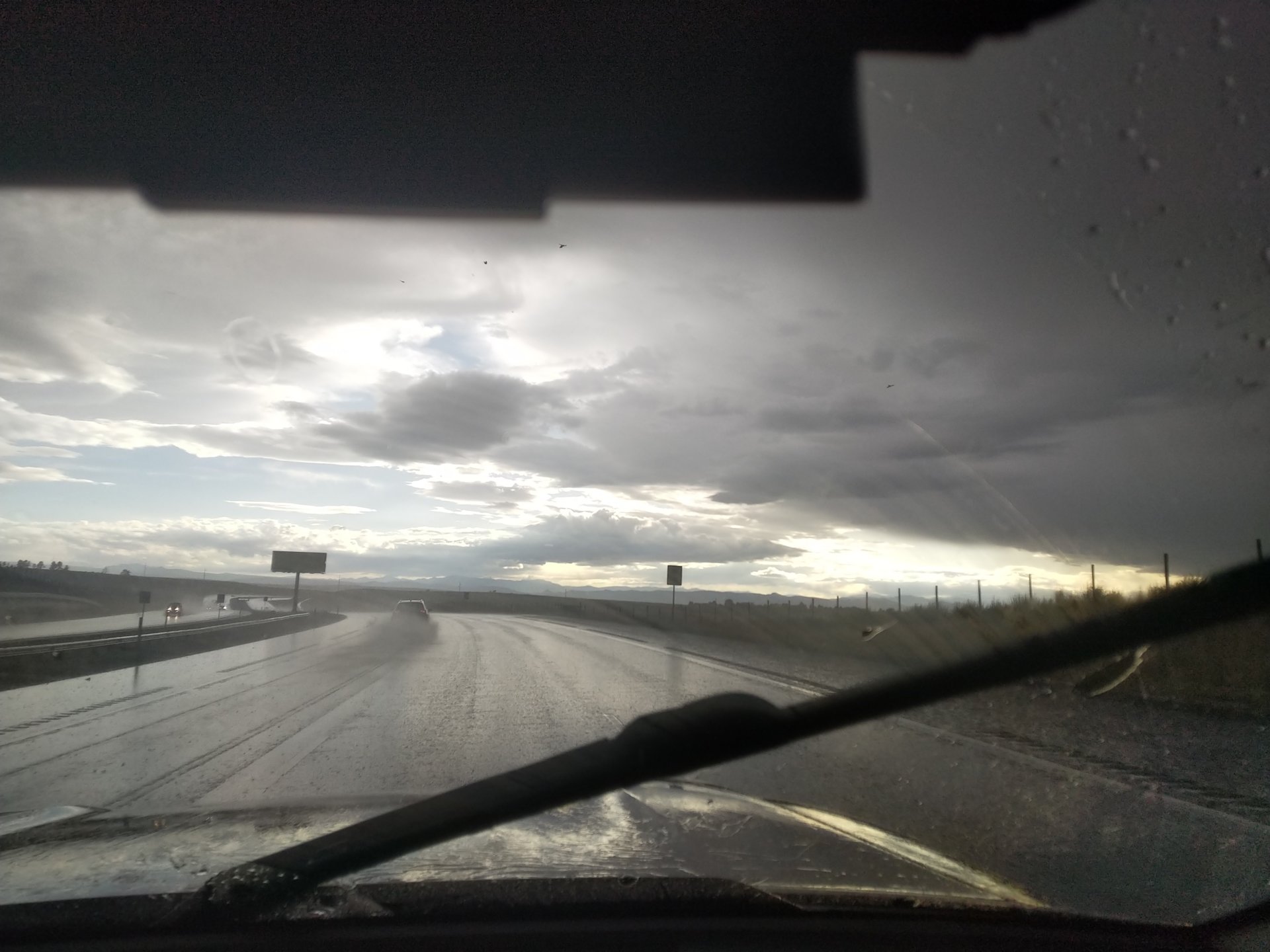 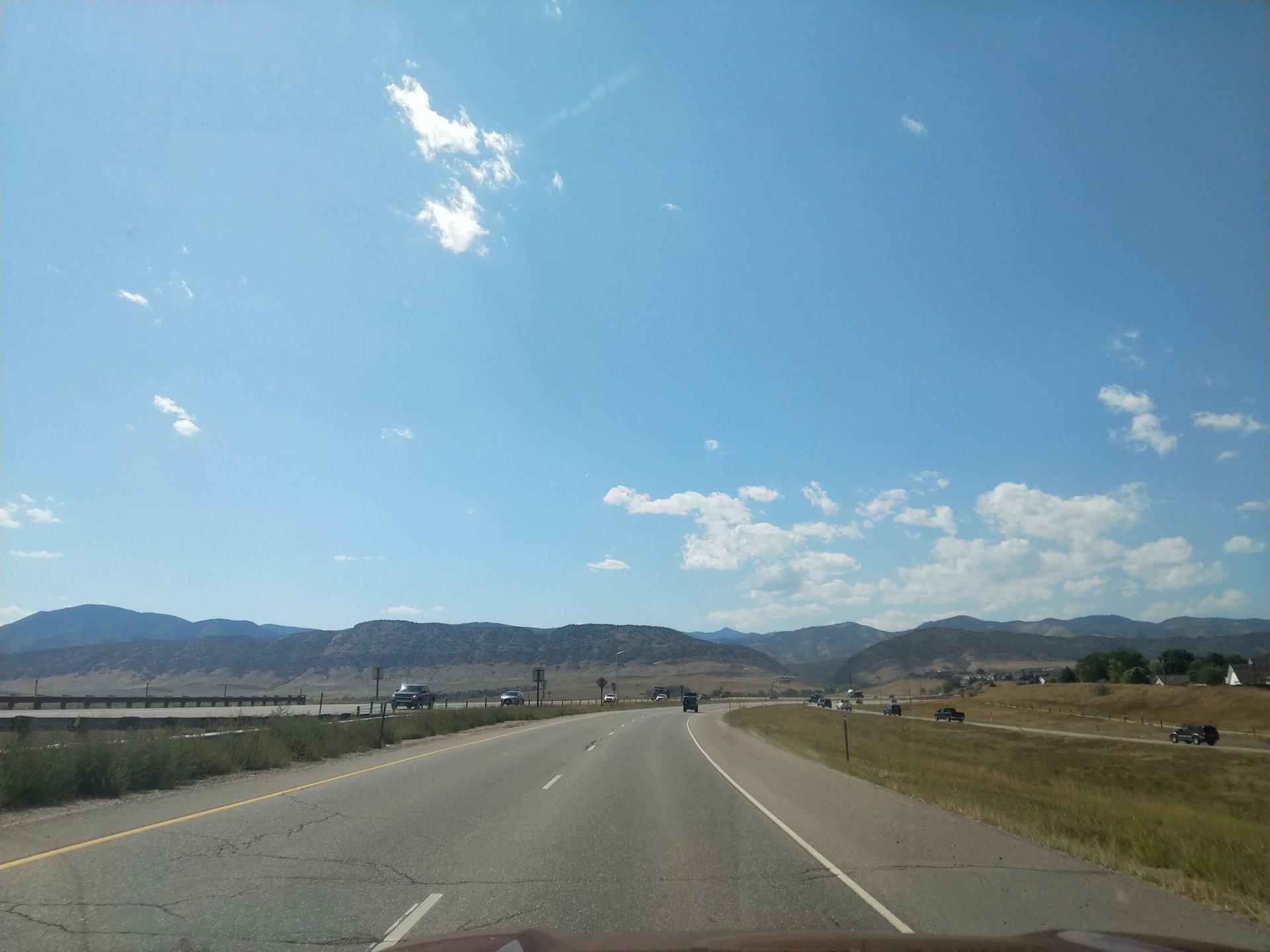 My brother Karl sent me some pictures. 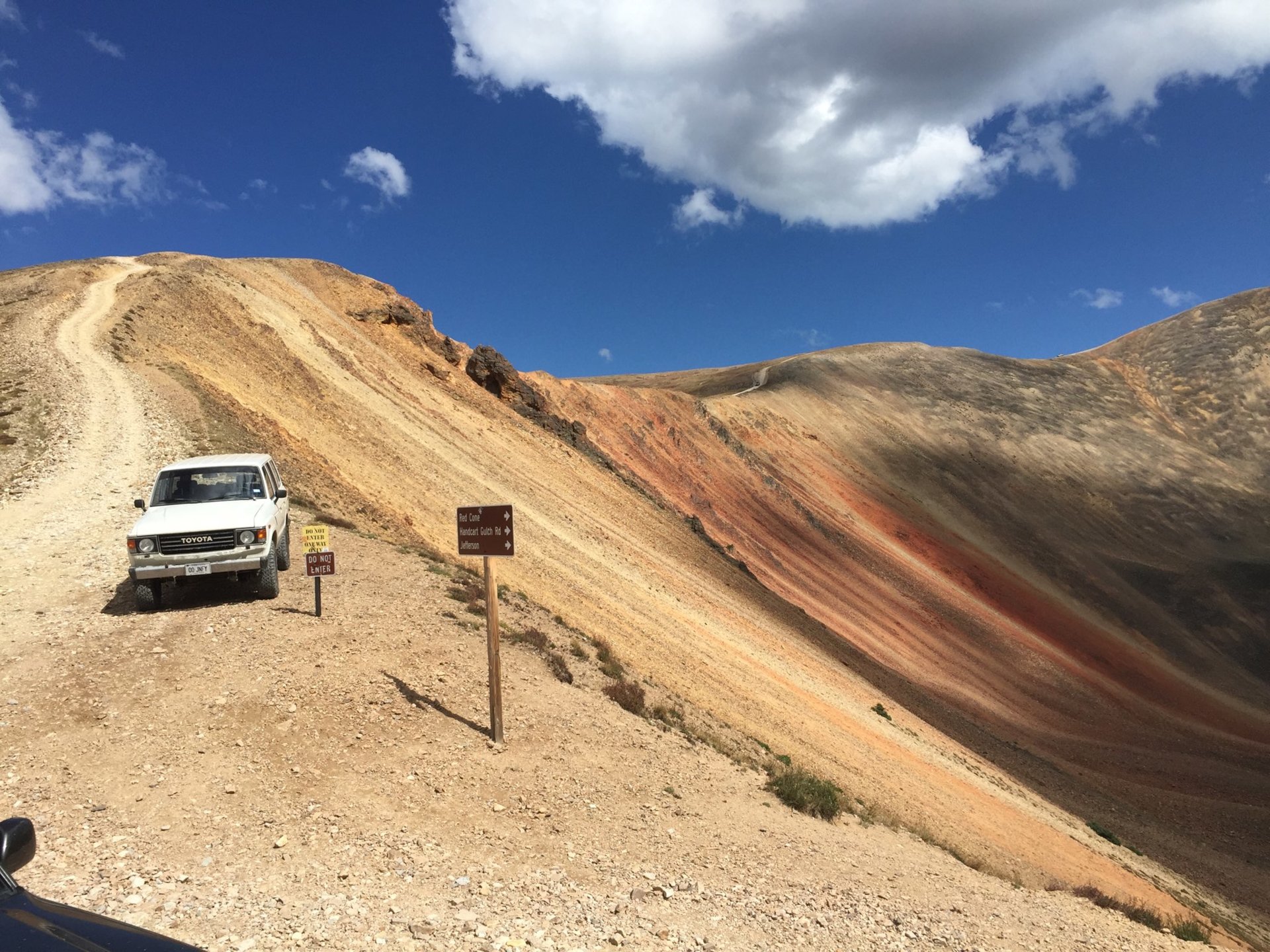 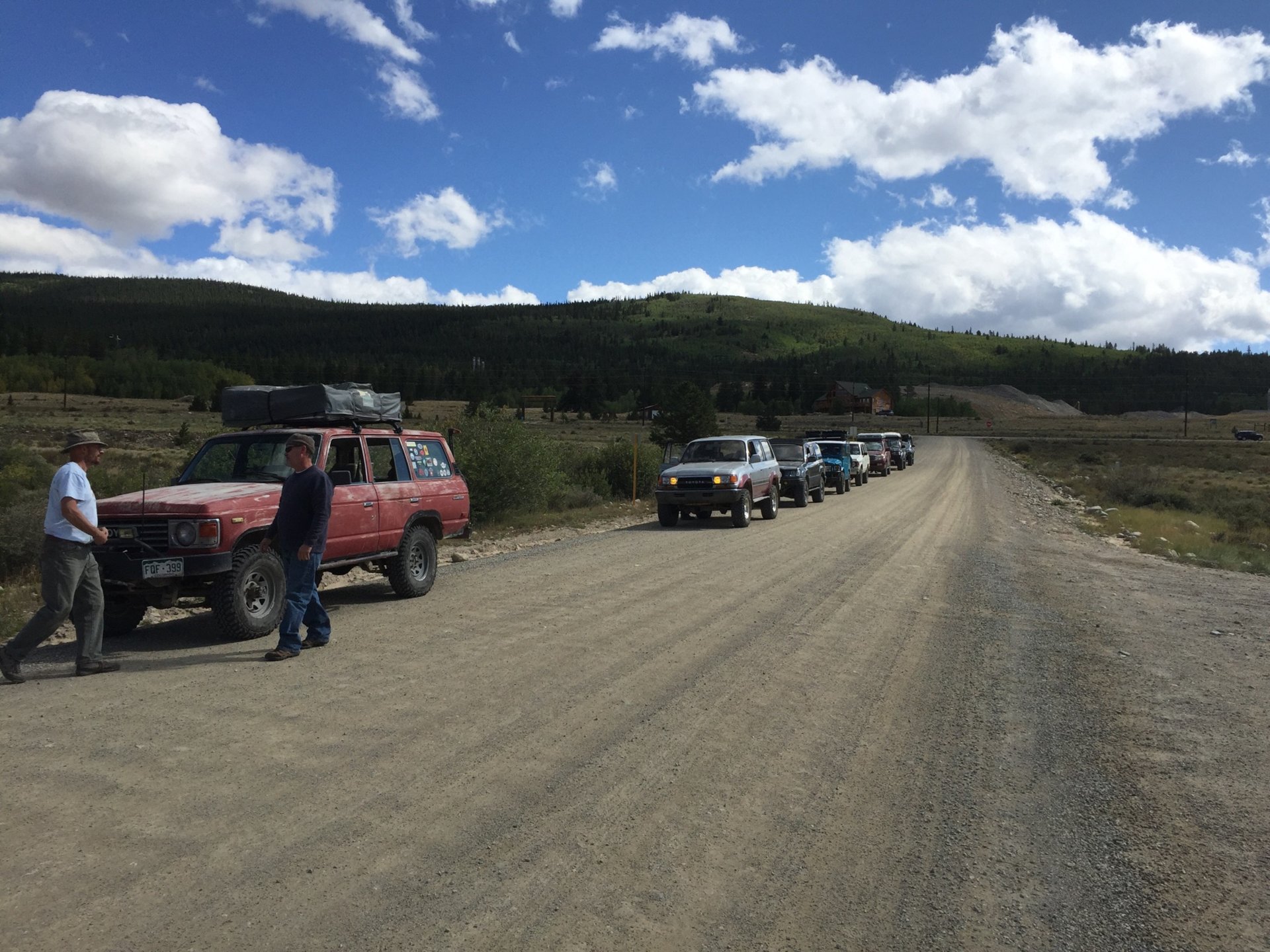