This is a 1997 FZJ80 that I've owned since 2003. It was originally a MN truck. It's been in NY for a year, Alabama for a year, and KY for two years. It's now up in MN again where it is for sale in Saint Paul. I hate to sell it, but I am in Afghanistan for the next 15 months and need to get a more economical daily driver plus I want to get FJ45 when I get back to work on. Interestingly, about 30% of the vehicles on Bagram Airbase are landcruisers with another 30% being Hilux's. Mostly 105s, but I have seen a few beat up 80s. As I said in the title, asking $8,000 but will entertain any reasonable offer.

It has something in the 188k range on it, though I can't remember (haven't seen it in three months and it was driven up to MN after
I deployed). Most of what I've put on it has been highway miles.

-Probably needs a new fan clutch.
-Drivers seat and steering wheel worn
-Due for front axle service in the next 10,000 mi, last one was ~60k ago
-exhaust still intact, but has MN rust (put new mounts on)
-some (light) rust on the undercarriage. I always hit bolts down there with PB Blaster and an impact wrench and that usually works fine. I did switch to the non-97 style rear stablizer bracket since I broke off three of the four bolts in the frame (before I got the impact) while installing the OME lift. It was in MN the first half of its life and the South for several years. This winter was the first it spent up North in 4 years.
-head light aiming gearbox screws stripped, but I aimed both a couple thousand miles ago (had to do it the hard way)

This truck has run flawlessly since I've gotten it with the exception of losing a PHH and the head gasket leaking externally (there are pics of that on Mud if you search) which was replaced under warranty.

Sorry for the small pics, but I have satellite internet that uploads really really slow.

If you have questions, email me at peter.kuhlmann@gmail.com
I don't check my mud pm's too much as it takes a long time for me to logon to check them. 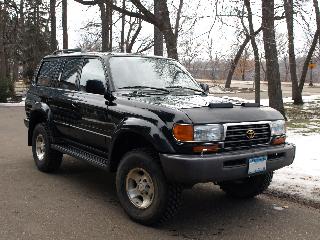 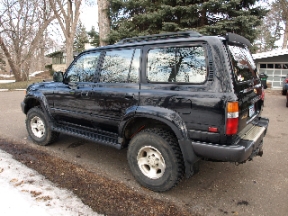 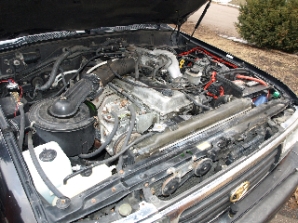 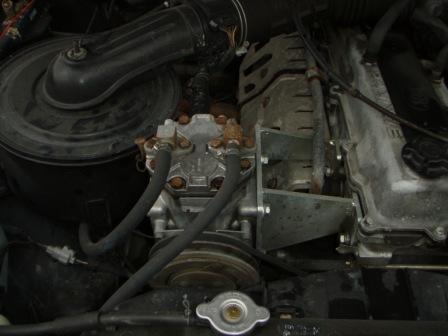 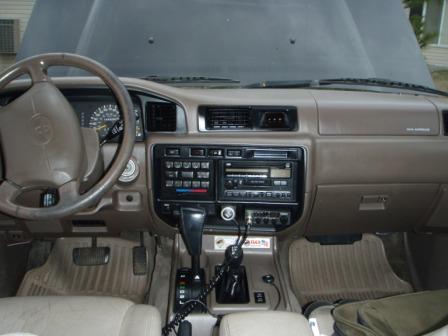 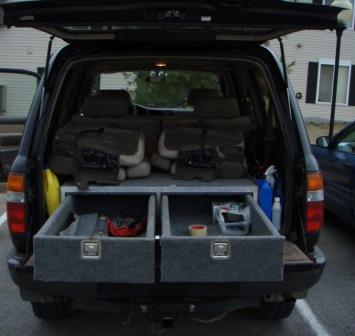 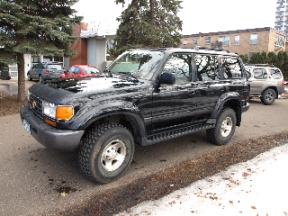 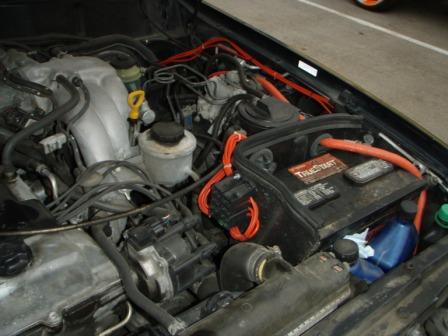 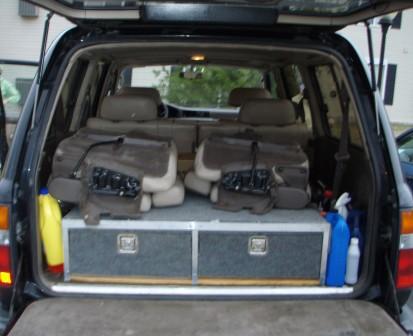