So my radiator starting leaking, and my valve cover gasket needed replacing, so one thing let to another. I'm doing lots of stuff (water pump, belts, thermostat, heater valve, hoses, etc.) but I thought I'd post some pics and a few lessons-learned.

Here is the engine before starting any work. Notice the nice grease all down the front of it. 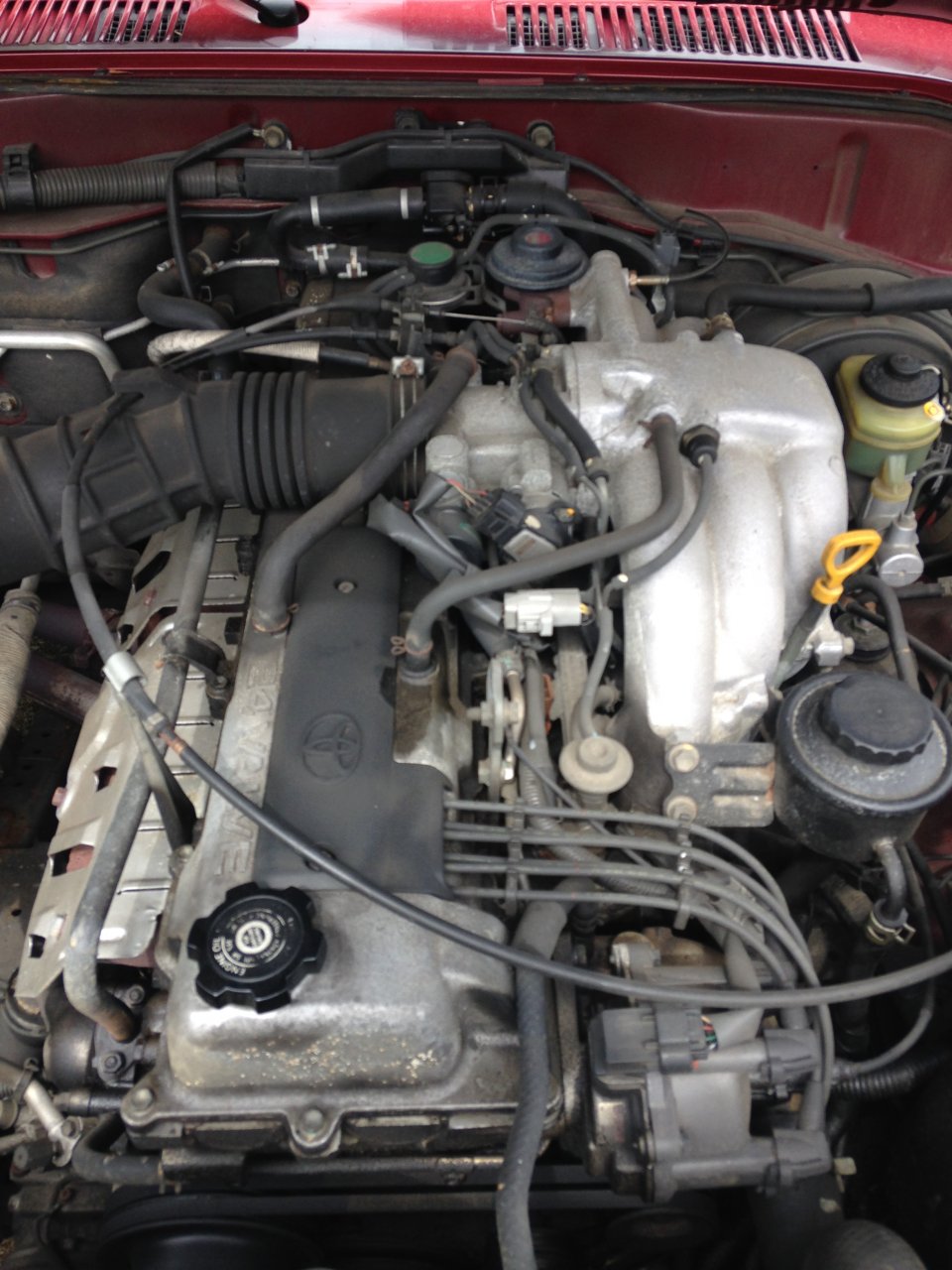 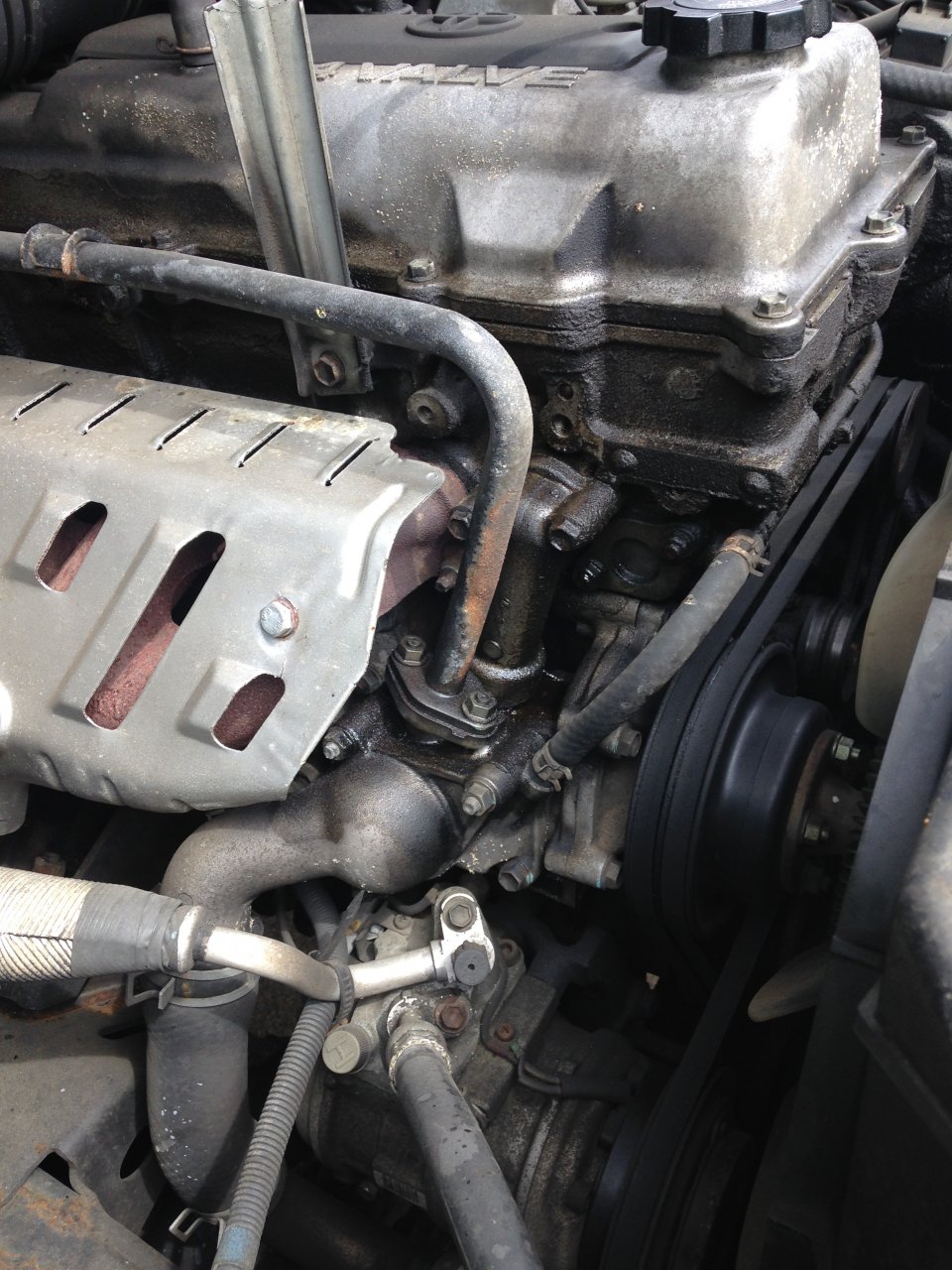 I pulled off the air intake, and then the valve cover, which looked like this. I thought it looked awful good for 154K miles. 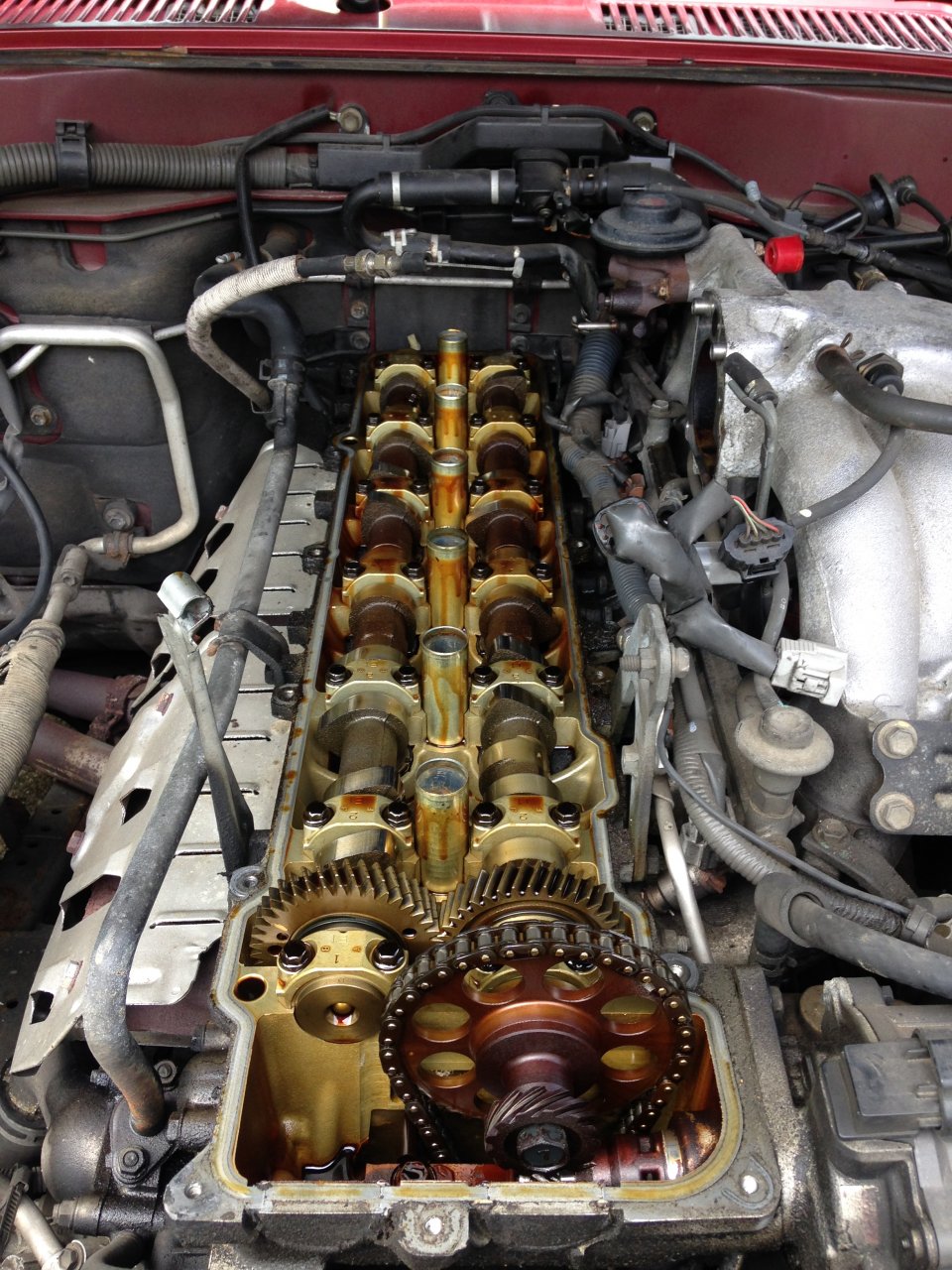 My valve cover seal was hard and brittle, and had cracked in a few places. Hence the leaks. And then there were those pesky *#$ing spark plug seals, which looked like this: 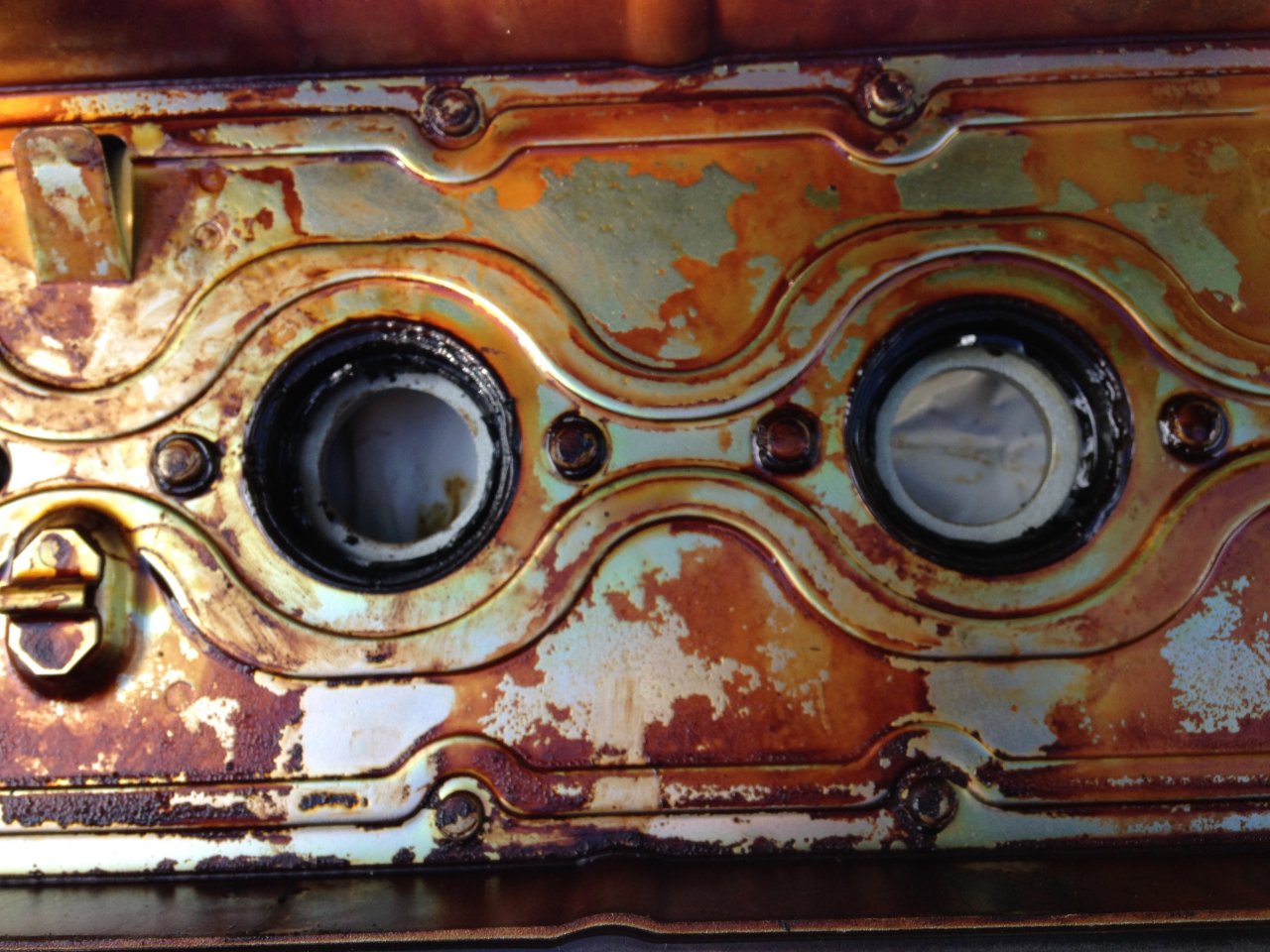 I had NO ffing idea on how to get those things out. They were brittle, and hard as a rock. So I went and sat down, grabbed an iced tea, and did a little reading on ih8Mud. Upon discovering that there was a metal ring on the outside end of the seal, I undertook a method that is certainly not approved, but which worked. I took my old five-in-one painting tool, which has a nice worn and thin point on one side, and gently tapped it between the seal and the cover, being careful not to damage the aluminum. After bending the seal inward a bit, I was able to put a small screwdriver in the gap, bend the seal even more to the inside, and then pull it out with needle nose pliers. 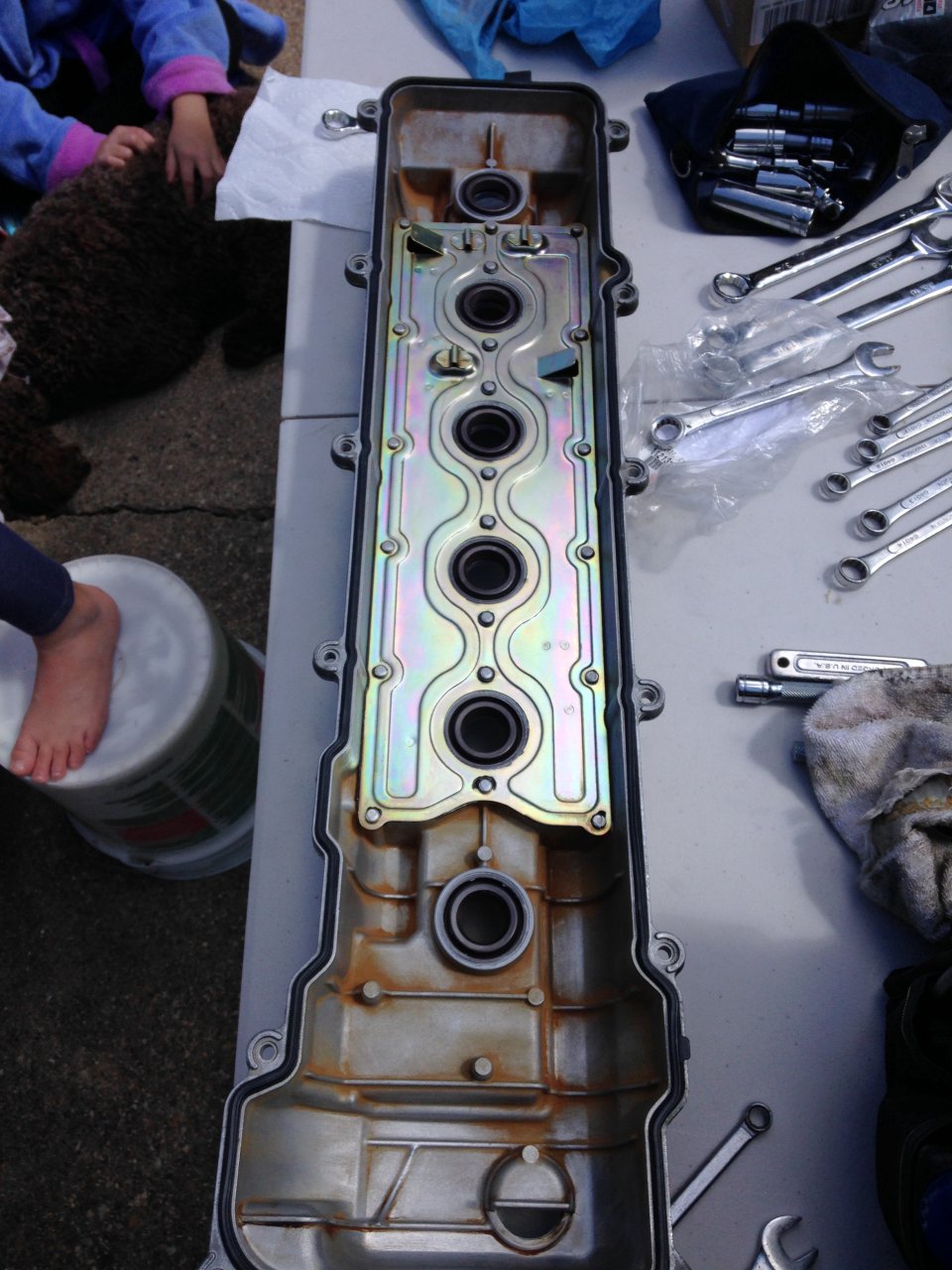 Pretty typical of what we see. These rigs are all aging and these items are becoming issues more often. Yours is not nearly as dirty as many others.