TRUCK IS SOLD
it's going back to Canada! Congrats Justin.

This is going to eBay sometime this week but I want to offer it here first. I have no idea what this is worth with the Aqualu, rust issues, 5 speed tranny, etc., and I don't want to sell myself short, so let's just say $12,000 and I will take offers well below that (hope that's within the rules).

Also, the truck is parked far away from my present residence where I just left my goddam camera with fresh pictures of the truck. I will be able to get the camera back by the middle of this week. So the pics you see are older and don't have details of the rust issues. They will come.

I will check PMs every evening.

THANK YOU TO ALL THE MUDDERS WHO'VE GENEROUSLY HELPED ME OVER THE YEARS. I hope I have helped a few too.

Here's the text I will put on eBay:


Impending home purchase/construction forces me to liquidate some of my toys and this is by far the best of them. I've been meaning to do a number of things on this truck for months to get it ready to sell, but I just don't have the time, money, or garage space right now to shelter and work on it, nor will I in the immediate future, so I hope it will go in its relatively raw state to a Cruiserhead with the means to treat it right.

This vehicle is sold as-is and where-is with no warranty. I try to be as thorough and accurate as I can in my descriptions, but I am not guaranteeing anything. Please ask questions before bidding. I will respond as well as I can, but I am not a mechanic. Caveat Emptor. I will be happy to help the winning bidder with any and all shipping or transportation arrangements, including pick up at the local airport (Arcata/Eureka, code="ACV"), and a night of lodging on my couch if needed, but ultimately the buyer is responsible for all transport costs.

This is a 1983 (Feb. of '83) BJ42 with Factory Power Steering, the 5 speed H55F Transmission with a compound low 1st gear, 24 volt electrical system, and rust-proof Aqualu body components. Originally a Canadian vehicle, it is left-hand drive and meets U.S. DOT requirements. As you may know, the '83-'84 BJ42s are very rare and desireable because of the factory PS and H55F--there may have been only about 400 brought into North America. BJ40s and BJ42s from other parts of the world did not have the PS and H55F as options. Like other BJ42s, it is powered by the legendary 3B diesel engine, which gets 20-25 mpg with the 33" tires. I am the 3rd owner, purchasing the vehicle in Dec. of 2004 out of Vancouver B.C. The truck was legally imported into the U.S. and has a clear and legal California title. This vehicle currently runs on 50% or more biodiesel (for winter) and has run happily on blends from 0% to B99. No fuel lines have leaked so I have not changed anything to Viton etc.; I simply changed the fuel filter frequently at first though I never felt any loss of power.

This was my daily driver for over two years before I inherited another vehicle, which I drive more because it gets better mileage and is not as valuable. This truck starts immediately with minimal white smoke even after weeks of sitting if you glow the plugs multiple times. The rebuilt engine does not burn oil as far as I can tell. The truck will produce black smoke on hills or under severe load, which is typical of the 3B engine. With no cargo in it, the truck has the typical short wheelbase bouncy ride, but settles in nicely with some weight on the TIC parabolic springs. I have done a number of long distance expeditions with this vehicle of thousands of miles in length and would not hesitate to do another. It can cruise all day long with the 5 speed transmission at 60 mph or more (but it's noisy!) and then crawl up a wall if you need it to.

The previous owner used the truck for his expedition business in the Vancouver, B.C. area so it was very well maintained. There are countless receipts from the PO going with the truck. I have a had relatively few problems with it and therefore few receipts. I also do the majority of maintenance and repairs myself.

Explanation of Mileage: When purchased in Dec. of 2004, the original odometer was frozen at 359,999 kms. The PO felt that he had put about 40k kms on the vehicle since the odometer stopped, making it 400k kms (250,000 miles) at time of sale. A few months after I got the truck back to California I put a U.S. miles, 5 digit odometer/speedometer unit in it with about 60k miles on it. Therefore, I feel that the current odometer reading is relatively accurate and is, if anything, a little too high.

The Good
100% Legal import with clear California Title - all documentation in hand
Aqualu Tub, Fenders, and Front Bib (1st generation)
Bedliner sprayed on the interior of tub and in the wheel wells
Rebuilt Engine according to PO - I don't have the receipts for the rebuild, but the engine behaves like it
3Bs are happily turboed since they share the piston skirt oil cooling of the 13BT engines and are otherwise pretty bulletproof
Relatively new clutch (April 2004/~25k miles)
Full set of 5 33"x9.5" BFG All Terrains with about 15k miles on them (well over 50% tread left)
Factory wheels were blasted and powder-coated white, but some rust is starting to show again
Original suspension replaced with 2" lift TIC Parabolic Springs, U-bolt skid plates, new bushings & u-bolts, DT8000 shocks, greasable shackles (but see note on rear shackle angle below)
Front doors replaced with relatively rust-free doors from a California FJ40
sanded, primed, and painted with color matched rattle cans
Ditto on Spare Tire Carrier (original was really rusty)
Fuel Tank replaced by a good used unit from Specter
Locking Tuffy Console with Stereo Compartment and Cup Holder
24v-12v converter powers the cheap 'marine' cd player with unboxed 6x9s in the back and tweeters up front
The CD player skipped like crazy last time I used it, but I just use the MP3 player connection (1/8" headphone jack female)
The vehicle has already had the dreaded vacuum pump death, so it has a relatively new pump and alternator (2003)
The EDIC funky chicken problem chronic to 3Bs has been solved with a new ground wire from the block to body
New full set of OEM Toyota glow plugs installed about a year ago
Just about every exterior bolt on the body has been replaced with stainless steel
Replaced the original, broken, rusty front bumper with a straight used one.
Driver's seat cushion replaced with SOR foam
Badly frayed original driver's seatbelt replaced with aftermarket (passenger's too, but was in good shape and goes with sale)
Even has the original 24v work lamp that plugs into the glove compartment - works!

The Bad
Needs a knuckle rebuild badly (rebuild kit included in sale)
Pulsing in the break pedal (front brakes of course should be done with knuckle rebuild)
Brakes strong nevertheless
Tranny is 'notchy' shifting from 1st to 2nd when cold
Tranny has the classic t-case seal leak which forces oil from the t-case into the tranny.
Right now a SOR hose kit goes from the tranny fill hole to the t-case fill hole to balace the fluid level
The 'Brake' Light comes on intermittently at low RPM
I was told this is either the alterantor brushes or the voltage regulator. I pulled the brushes and took it to an industrial electric guy and he said they were fine, so it is most likely a voltage regulator issue.
Due for a cooling system flush
The shackle angle on the rear TIC Parabolic springs is too vertical
TIC said it would correct itself over time but never has (1.5 yrs)
Driver's seat upholstry needs to be replaced
When the Aqualu tub was installed, instead of moving the muffler the installer cut out the bottom of the locking compartment in the bed. Most of the compartment is still there so it could be repaired by welding in new alu.
Aqualu body parts do not match OEM parts exactly, so their fit is not 100% factory and is noticeable in some areas
Like other 40 series, this truck is NOT watertight. The PO tried to make it so by siliconing around the windows etc

The Ugly-RUST
Do not kid yourselves - as I have found out, there is ALWAYS more rust than you think on a Land Cruiser.
This is particularly true of the Canadian vehicles, though ones from BC like this are not typically the worst. The good thing about this truck is that it has already been through one round of restoration when the Aqualu was installed and it was repainted with Sikkens paint.
Please see the pictures. The areas I'm most concerned about are the leading edge of the hood, the cowl, and the angle brackets in the rear of the frame (fresh angle brackets go with the sale).
The Cowl: from what I can put together from the PO and what I see, it looks like the body shop that put on the Aqualu repaired rust on the cowl with bondo and now it's out of control. Also, there is a lot of rust underneath/on the exterior of the floor boards, but the they are still solid. I have filled holes with epoxy putty in anticipation of a fuller resto in the future.
The Frame: The main frame members are solid. There was some cancer beginning on the inside of the frame near the rear left wheel. As a preemptive measure I had the inner bracing cut out and fresh metal welded in (I don't weld), but the welder did a pretty poor job of it -- structurally sound but not pretty or OEM-looking. The angle brackets in the rear are badly rusted and need to be replaced with the good used ones going with the sale.
The Top: a couple summers ago when I had the top off I started what I thought was some light resto on the top, but as I got into it (like when I pulled the windows out), I ran into serious cancer that again was the result of bondo in the previous resto. I did some quick resto with Silver Bullet, fiberglass, and color matched rattle cans. It has held up pretty well but the problem areas are starting to show again. In the long term, the sides are a lost cause, and so is the gutter thanks to 3 sets of Yakima racks used by the PO. I frankly was going to sell the ambulance doors, which are in very good shape, to help finance a soft top.

Terms of Sale: Non-refundable deposit of $500 must be received via PayPal within 24 hours of auction's close or the vehicle will be relisted or sold to another bidder per the terms of eBay's "Second Chance Offer." Balance of closing auction amount due within 14 days or buyer forfeits deposit. Title will be released only when the balance of funds are delivered to me with a cashier's check or similar instrument - DO NOT USE PAYPAL for the balance of funds (you know why). 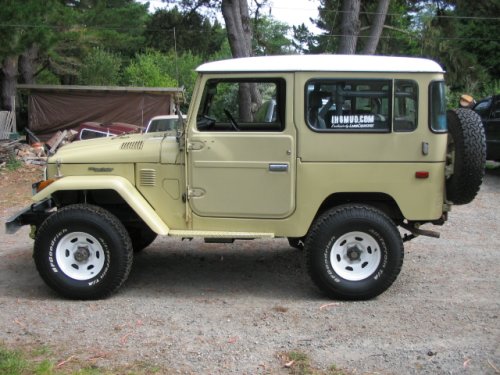 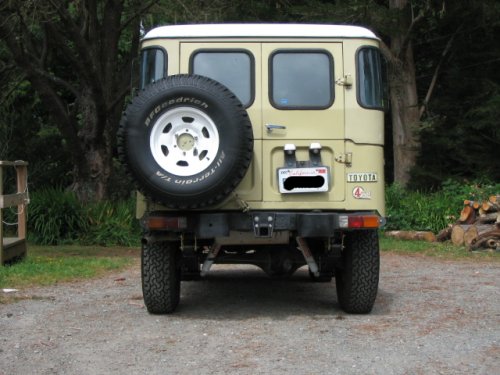 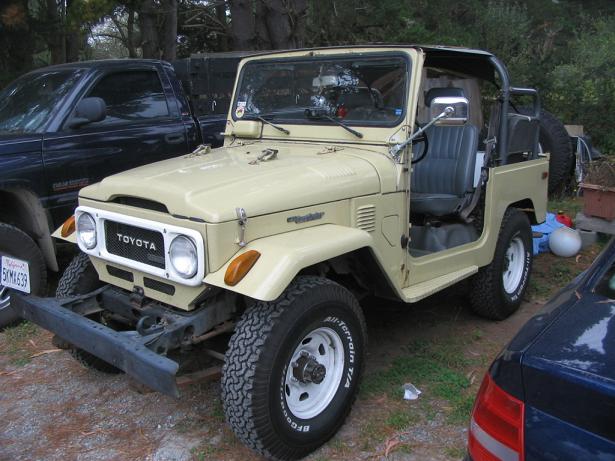 man, if only you were on the east coast...
D

truvaine said:
man, if only you were on the east coast...
Click to expand...


Did you check shipping costs?

Thanks for the bump. 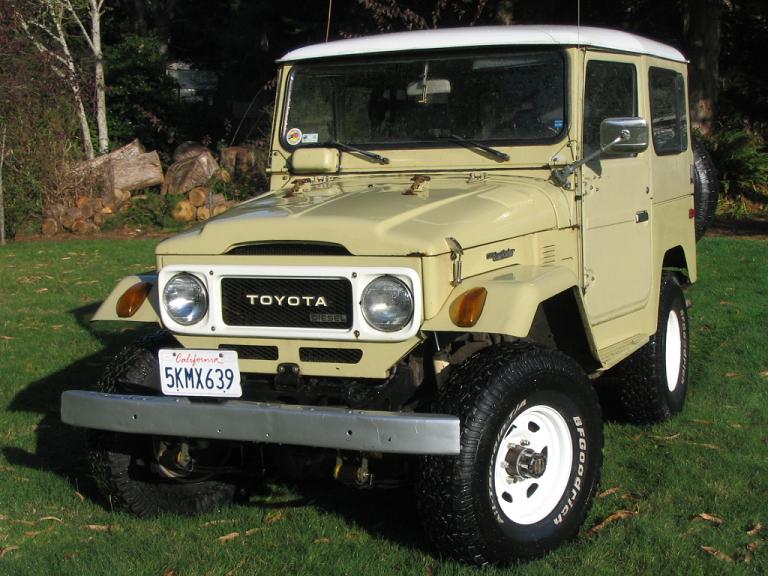 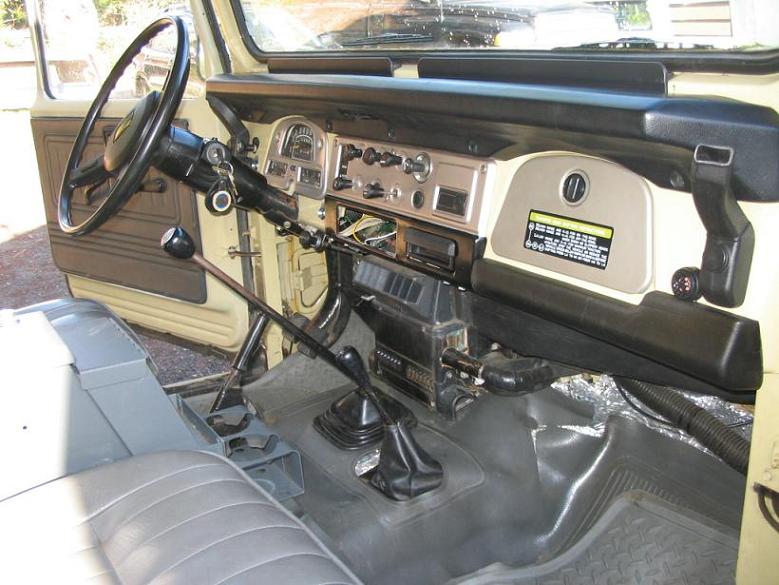 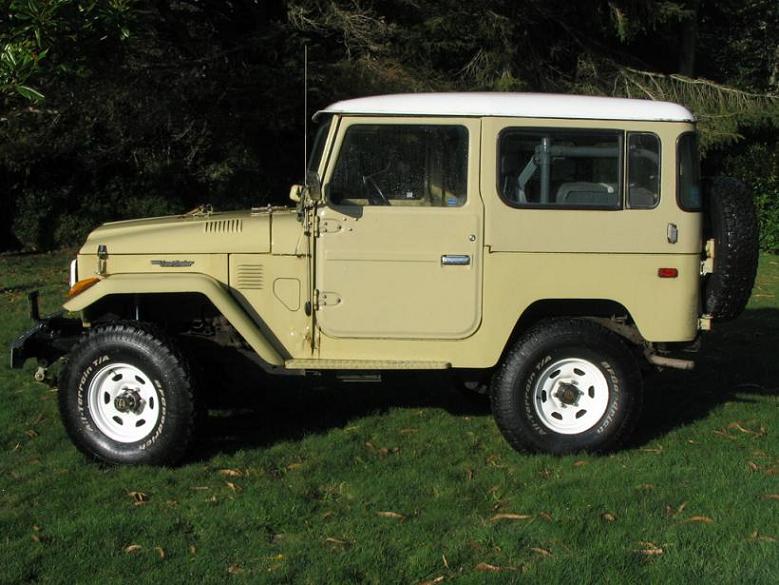 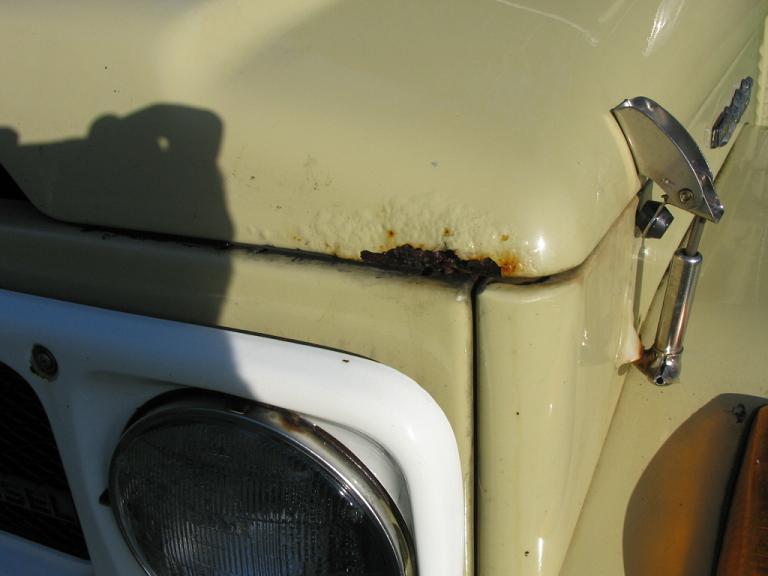 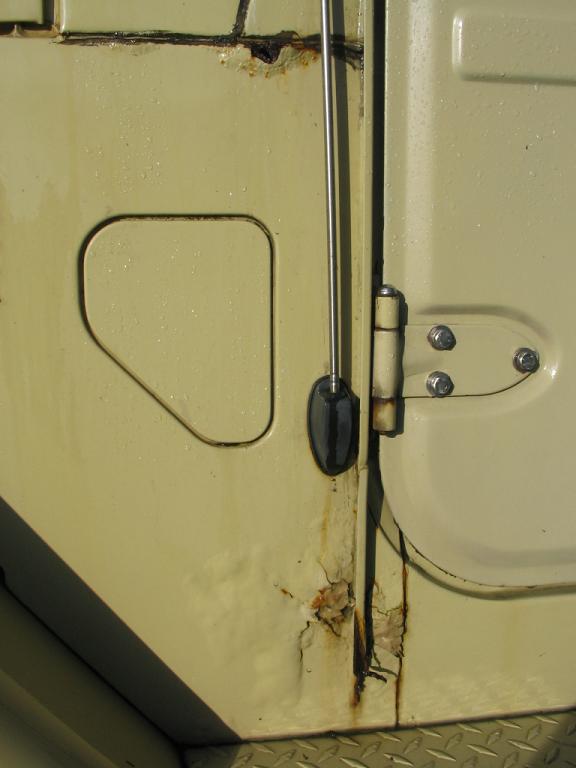 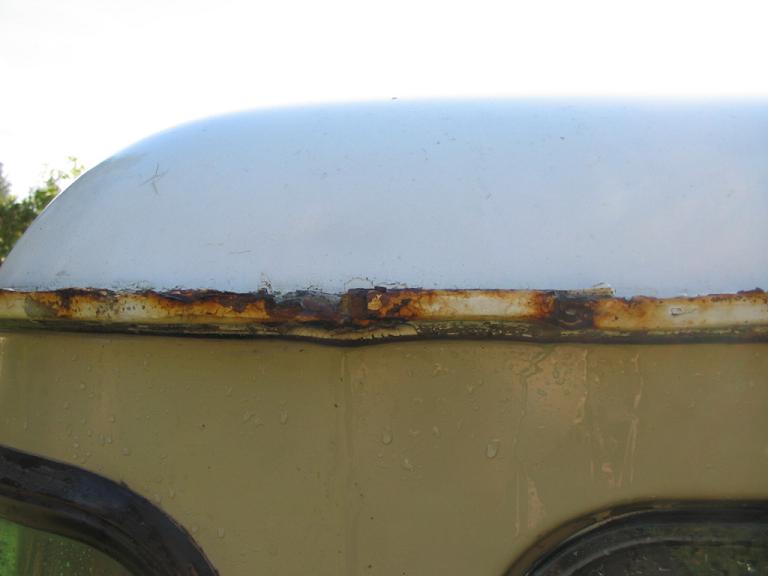 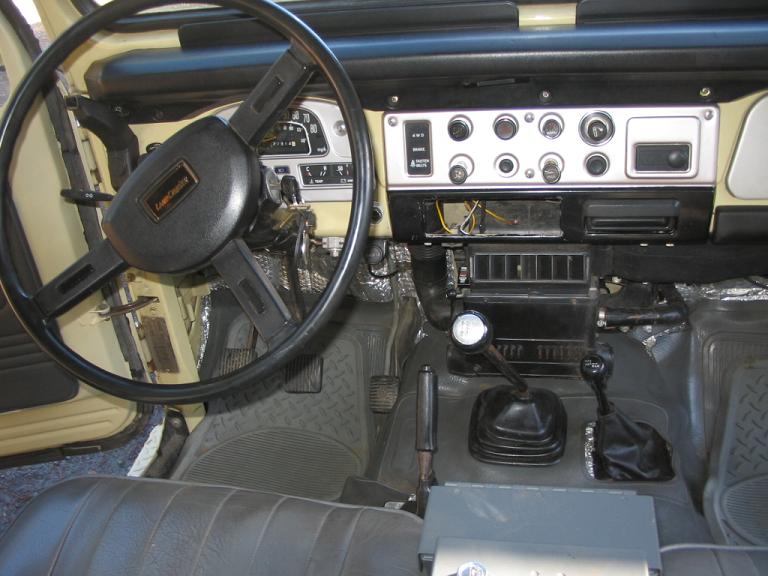 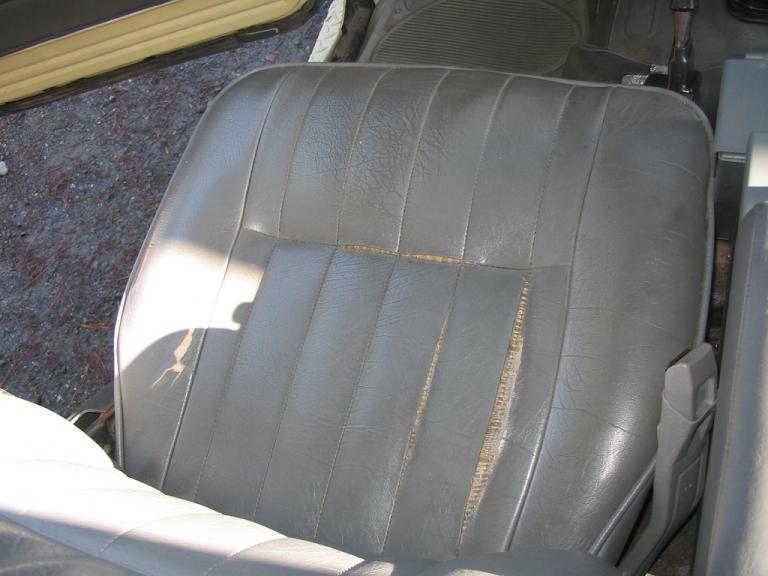 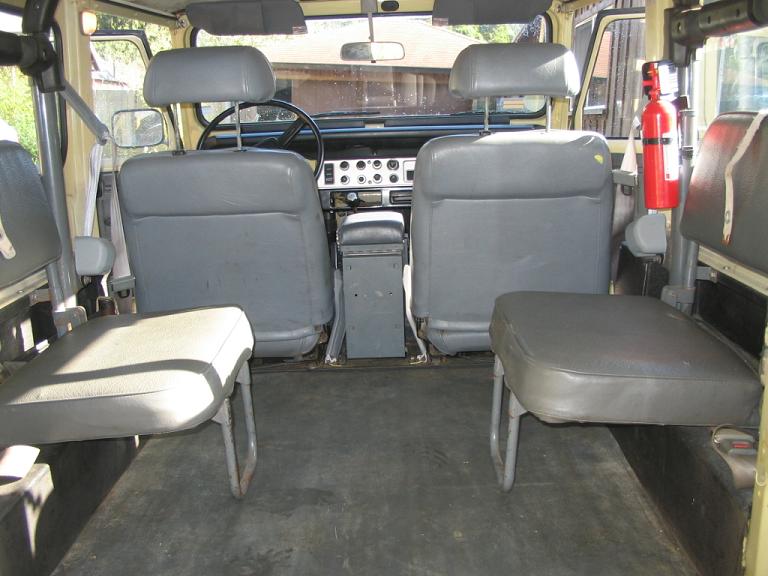 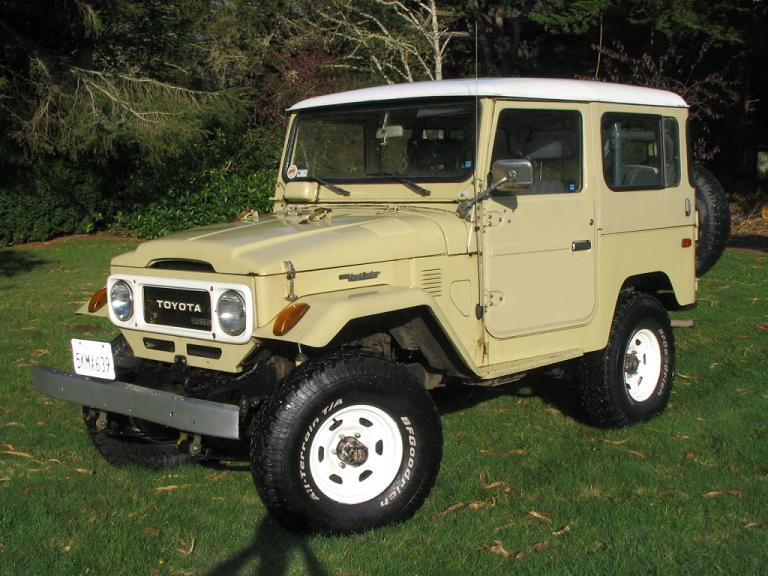 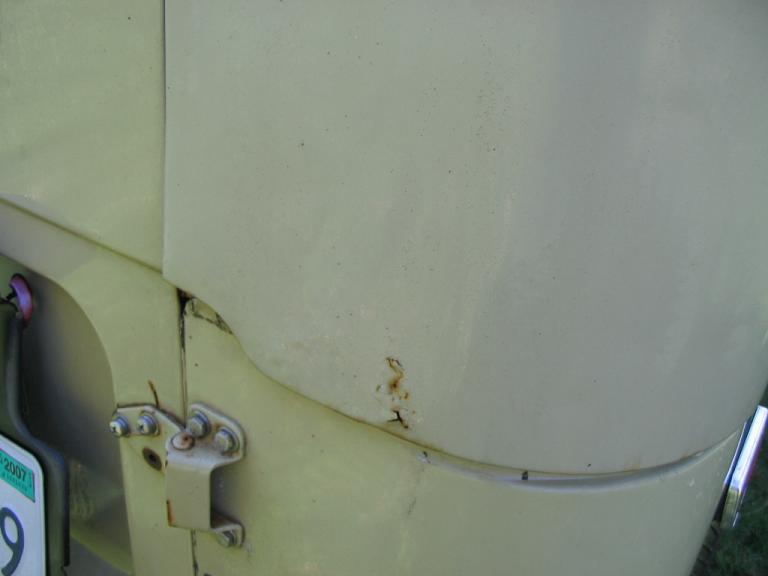 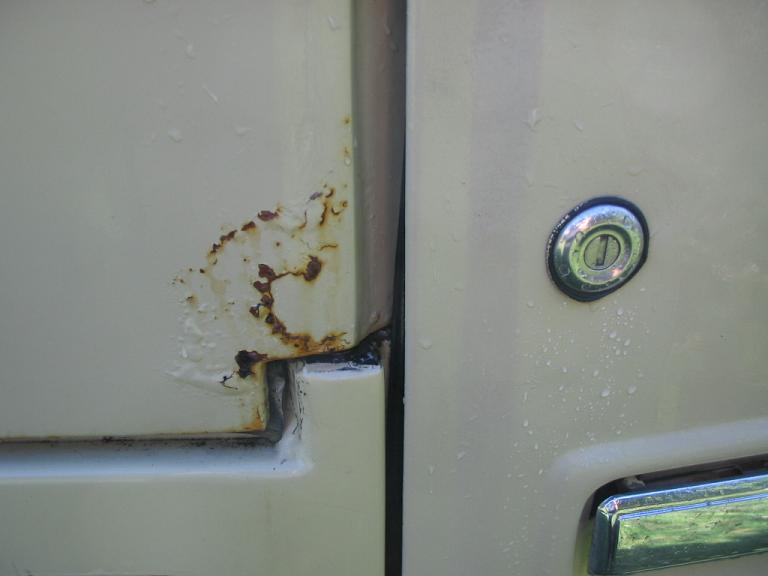