After my 94 FZJ80's alternator gave me a charge light and the "Christmas Tree" and barely doing 12V, I spent a whopping $22 and bought some new Toyota brushes. Alas, despite new brushes, it refused to reliably generate power which meant the voltage regulator/rectifier assembly had given up the ghost. At $130-150 this part from a quality brand and feeling the bearings were a bit gritchy, I decided to bite the bullet and install the Photoman Sequoia alternator bracket and pulley kit as well as the wiring adapter. Bill (Photoman) is responsive and ships quickly. Installing this unit is almost identical to replacing the stock unit.

Basic Order of Operations
Phase 1: Prepare your workspace
-Disconnect and remove battery and battery tray (10mm on bracket, 12mm on tray. I have military terminals on my battery, so 1/2" and 9/16" were needed)
-Disconnect the overflow hose at the top center of the radiator with pliers to get more working room
-Remove oil filter
-Disconnect coil-to-cap wire
-Disconnect a few random annoying ground wires that go from the manifold to the body
-Unbolt the power steering reservoir (12mm bolts) and move the reservoir out of the way. You do not need to REMOVE the reservoir) 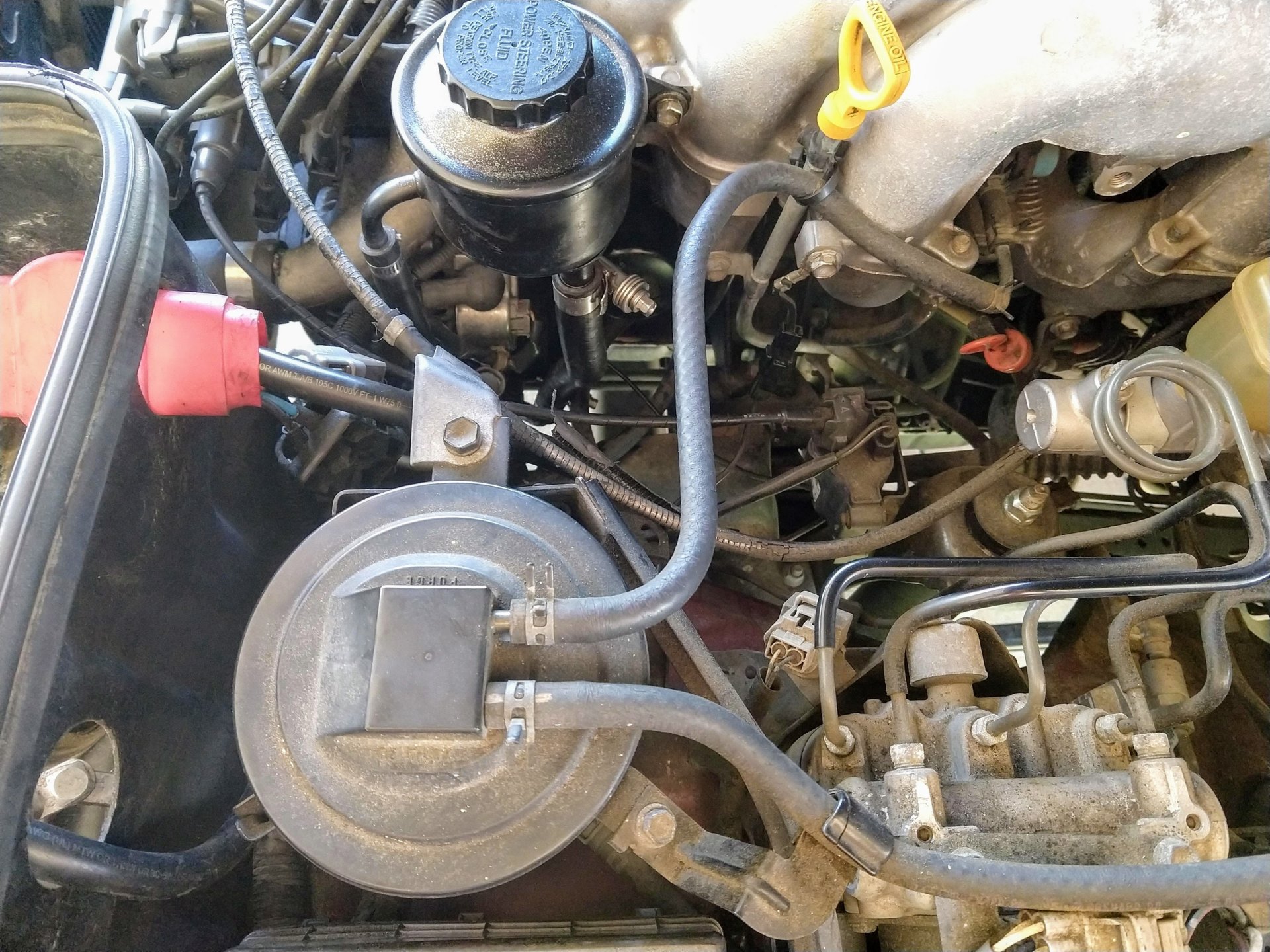 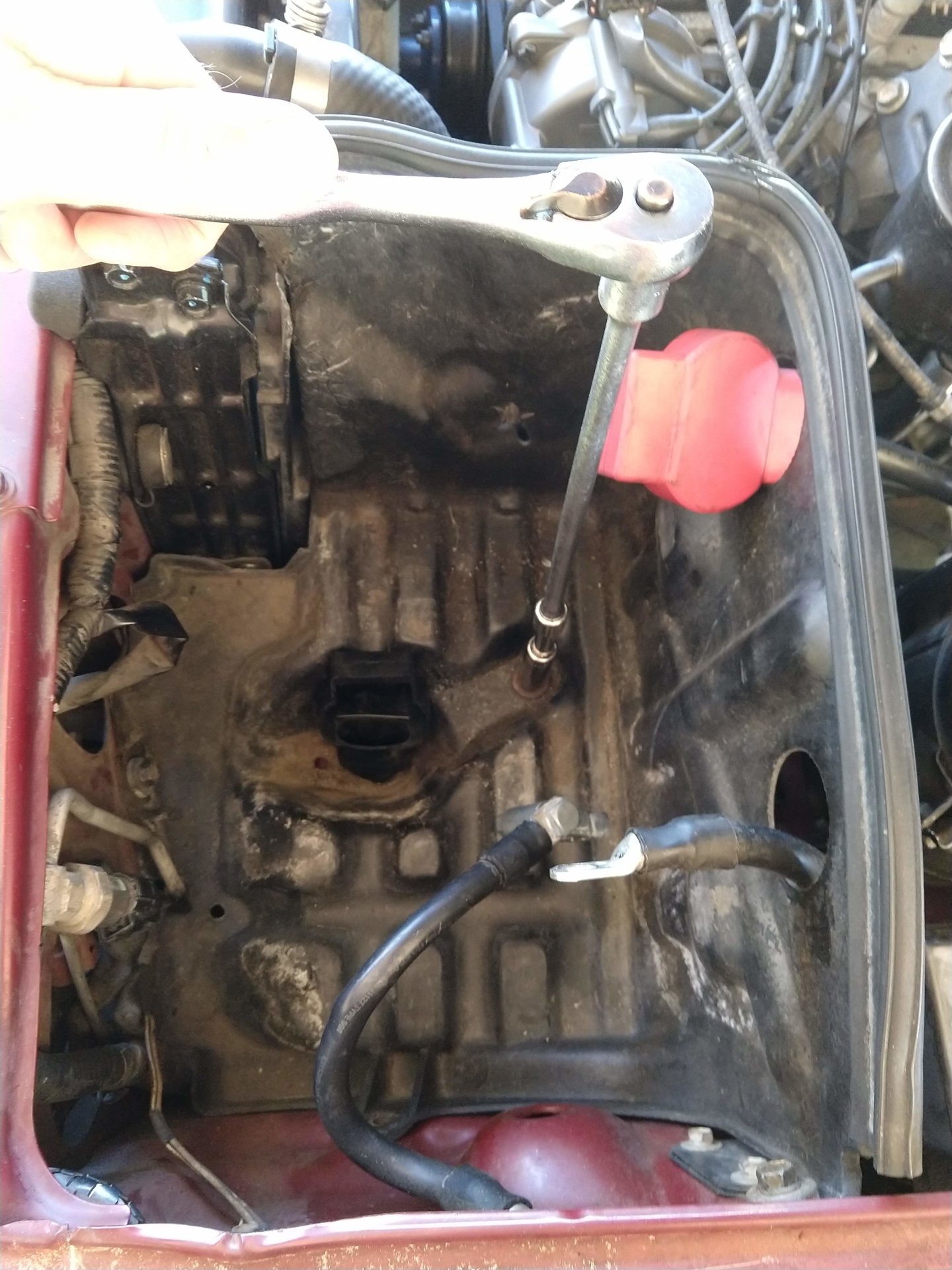 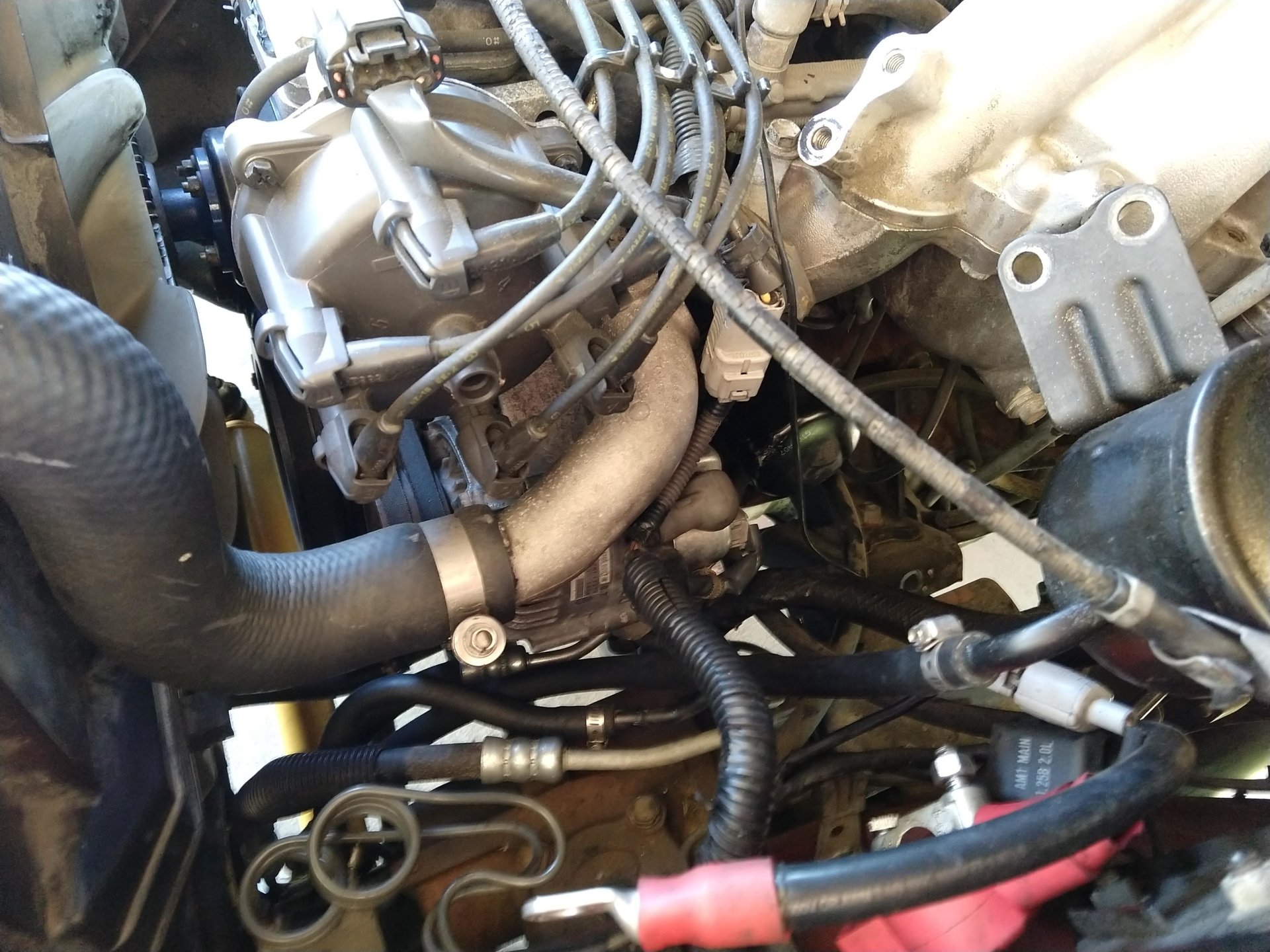 Phase 2: Remove old alternator
-Loosen tensioner lock bolt (12mm)
-Loosen top pivot bolt (14mm)
-Remove 3 wire connector from rear of alternator
-Remove field connector (10mm nut under boot)
-Loosen tensioner bolt (12mm) all the way in
-Take belts off
-Remove bracket (12mm bolts x2 and 12mm nut x 1)
-At this point, the alternator is suspended from the top, so a helper is useful to finish backing the bolt out while you catch the alternator. A bit of twisting and pirouetting towards the back should free it. Remove it and set it aside. 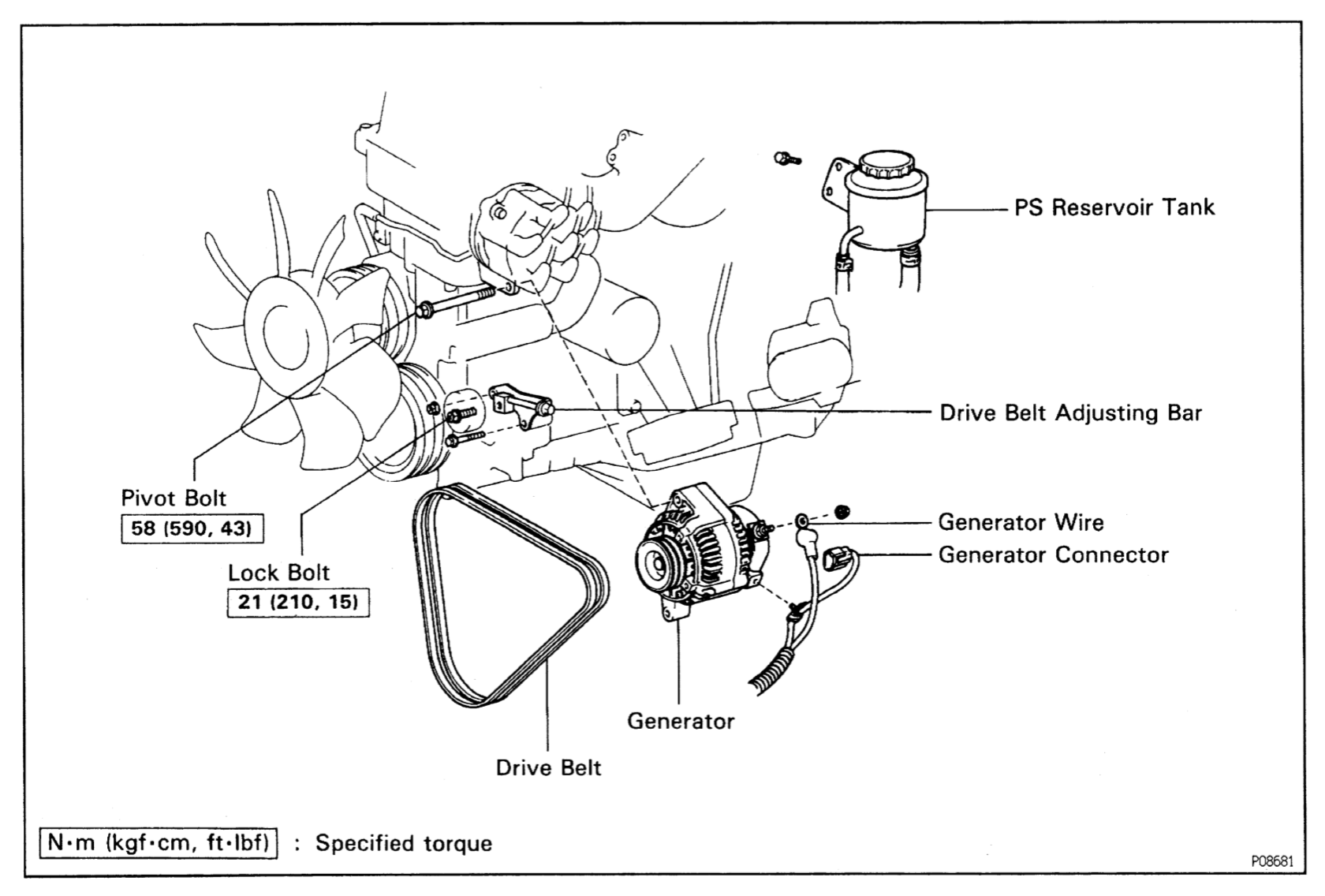 More to follow in additional posts due to 5 attachment limit. 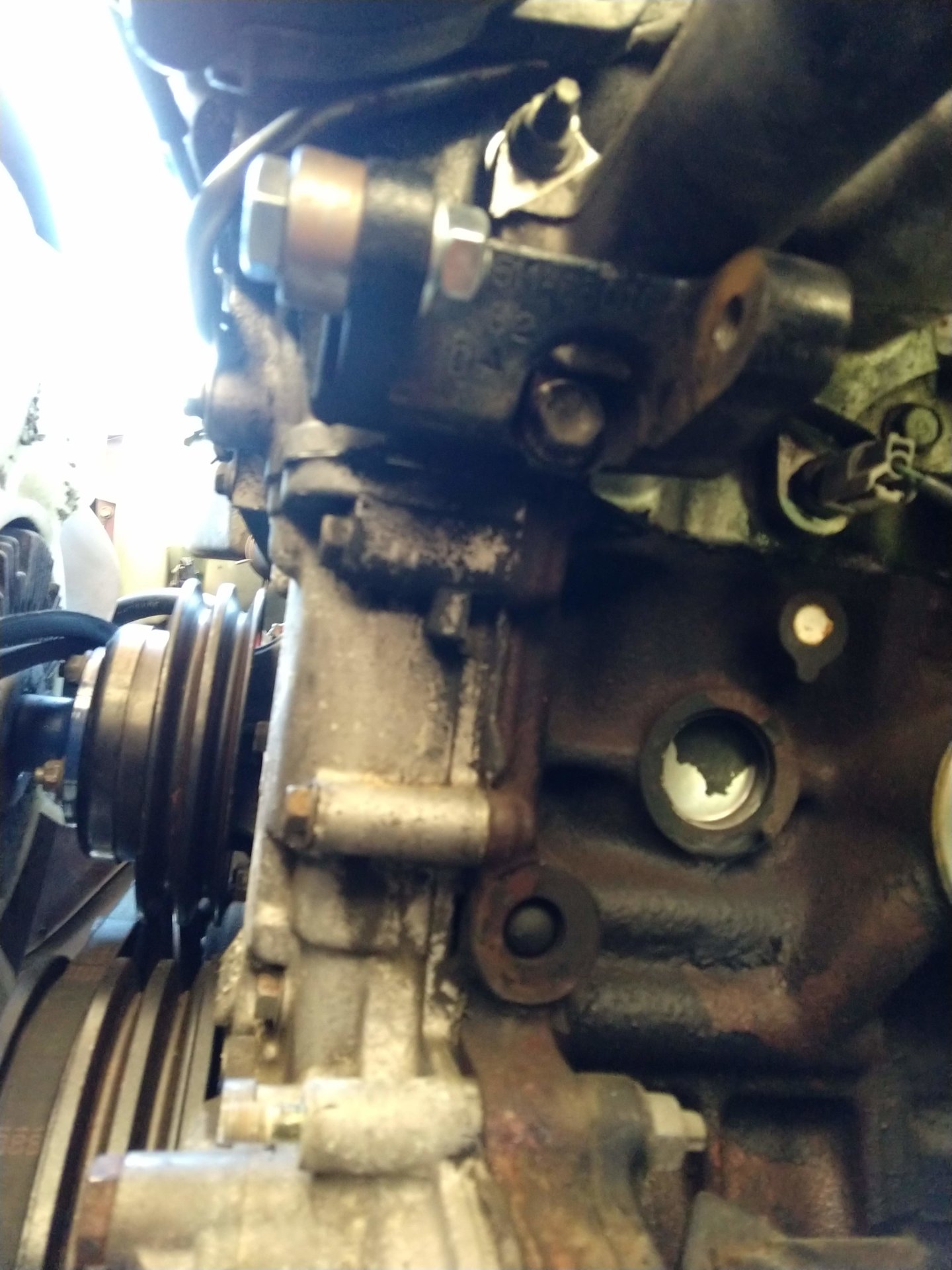