dan1554 said:
I just spoke to my machinist. His recommendation is based more on Cummins engines, but I thought I'd share:

@AussieHJCruza Yeah it goes against things I read on the internet. Might minimize the idle time myself. Kinda thinking about making its first stop a dyno? Its pretty flat around here unless you go 10 miles west, and I have no trailers.

@doughboy Sure take it if it explodes. You still cant have my valve cover

Took a day off work to finish up the exhaust, in preparation for driving the hell out of it this weekend. 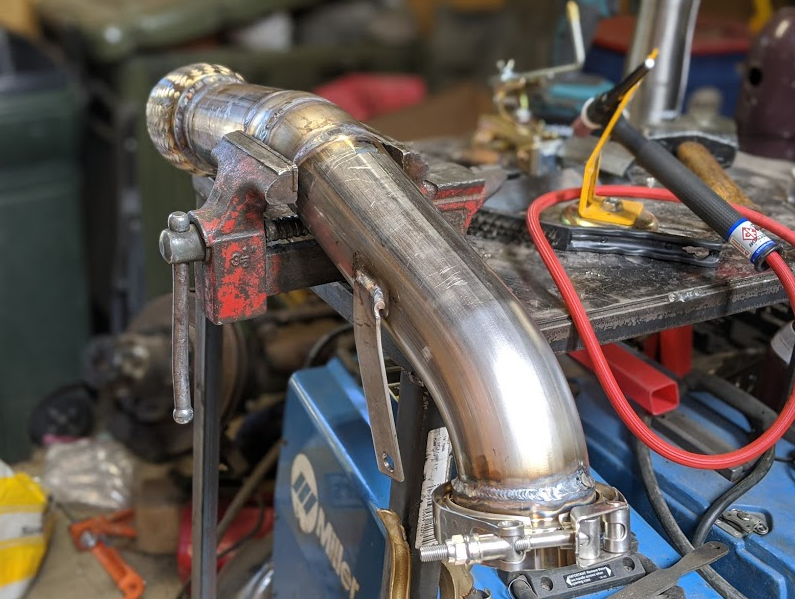 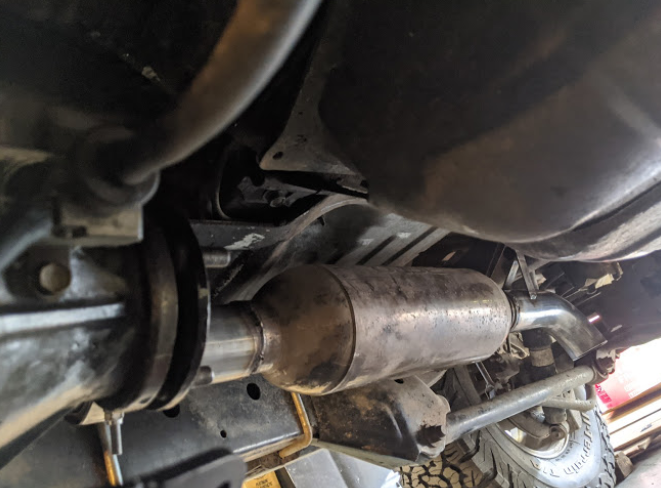 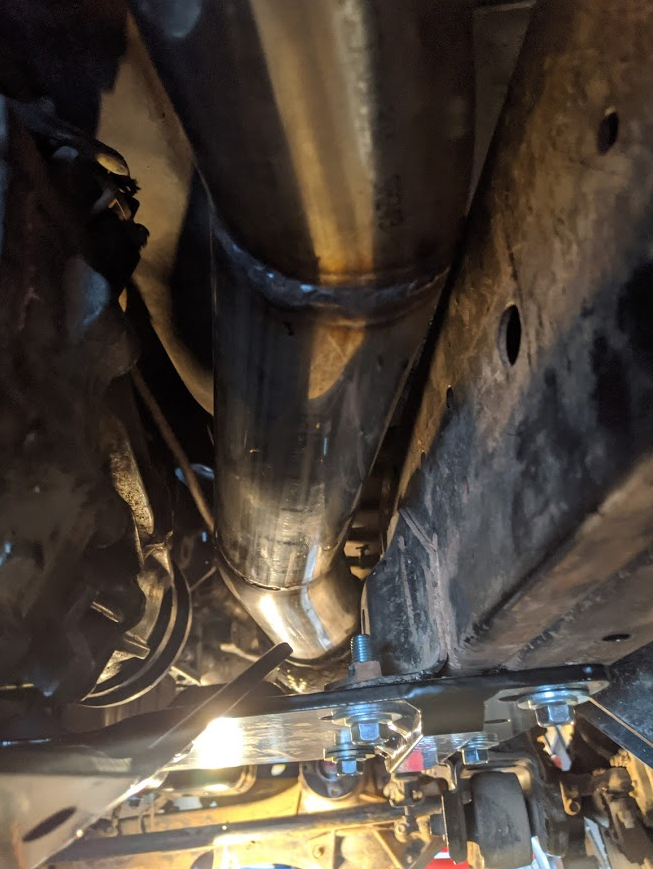 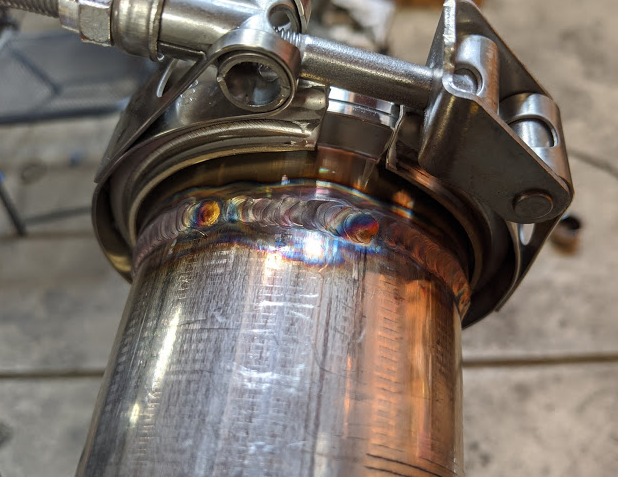 Called the closest AWD dyno and they want nothing to do with break-ins. So it looks like Ill be hitting the city streets. Not really sure what to do other than give it a lot of throttle up to speed and downshift to slow it down. Maybe take surface streets up to the hills. I can't get any consensus from the internet on break-ins

Great work with the piping Dan.

@Onur Now thats a compliment I don't get too often

Been following your thread too, you've got more guts than I tacking the interior and body with the engine rebuild. Slippery slope once started. Its all looking fantastic!

I'm so anxious to find out if your engine still smokes at idle or not.

DancesWithMutts said:
I'm so anxious to find out if your engine still smokes at idle or not.
Click to expand...


For what it's worth, once I got a valve adjustment by Georg at Cruiser Bros (cylinders were out of spec) my engine quit smoking considerably. It was a little hazy at start up but in 5 minutes, it wasn't noticeable. I used to drive for 8 hours, pull into a town, sit at the stop light and watch smoke go past me as the surrounding cars put their windows up.

Shimming the valves back to spec made a considerable difference. It drove like a new truck. Then I sold it. haha.

Winter will be the big tell. Took it out wheeling and there was a whisp of smoke after prolonged downhill. Also hard to know what to expect since its still in the break-in period, and Im not sure the rings have set completely. I have about 500 miles on it. Gave it more fuel and it seems to me like there is a pretty huge reduction in black smoke compared to pre-rebuild, so thats a great sign. Odor seems to be down too, of course it still smells like an old diesel but its not stinging the eyes and throat like it used to.

A small but huge improvement is having the exhaust pointed at the ground. I had it pointed out the side and it was pretty much in the faces of small car drivers and pedestrians. No bueno. Trying to keep a good image for our vehicles. Living in a downtown area doesn't help, although between homeless camps, riots and self-proclaimed socialists running the city, the desire to get out is strong.

Also, 3rd gear lockup in the wholesale valve body is pretty great, use it all the time especially in twisty mountain highway inclines.

Im giving myself some time for break-in and tuning before I make any judgements, but so far it looks promising.

Promising stuff! You've got me thinking about doing a head job. We should hit a trail soon or something.

Flogged the cruiser all the way to Utah and back. No major problems! 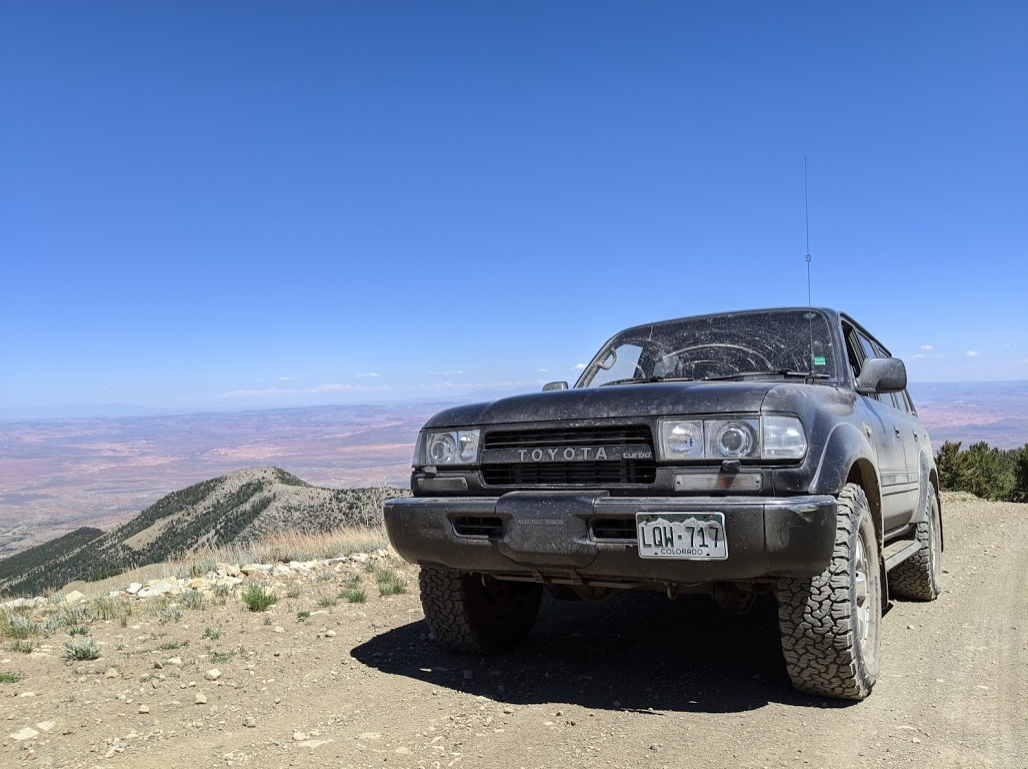 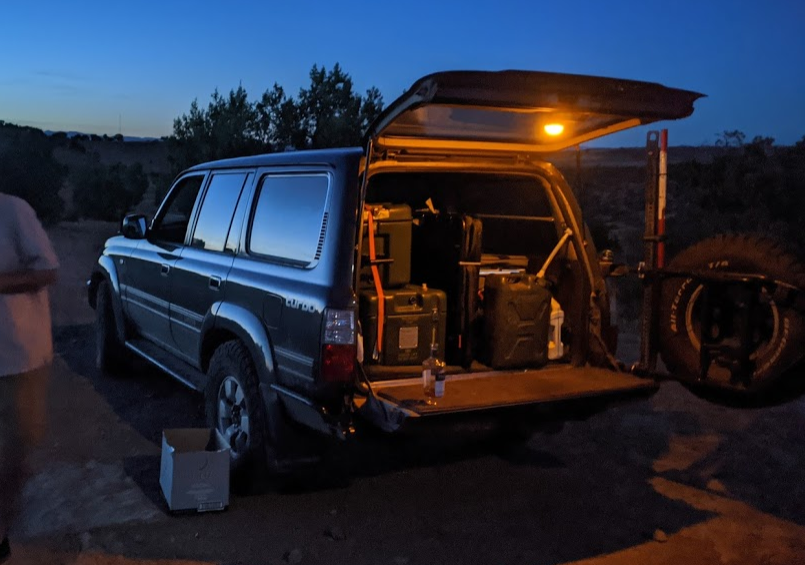 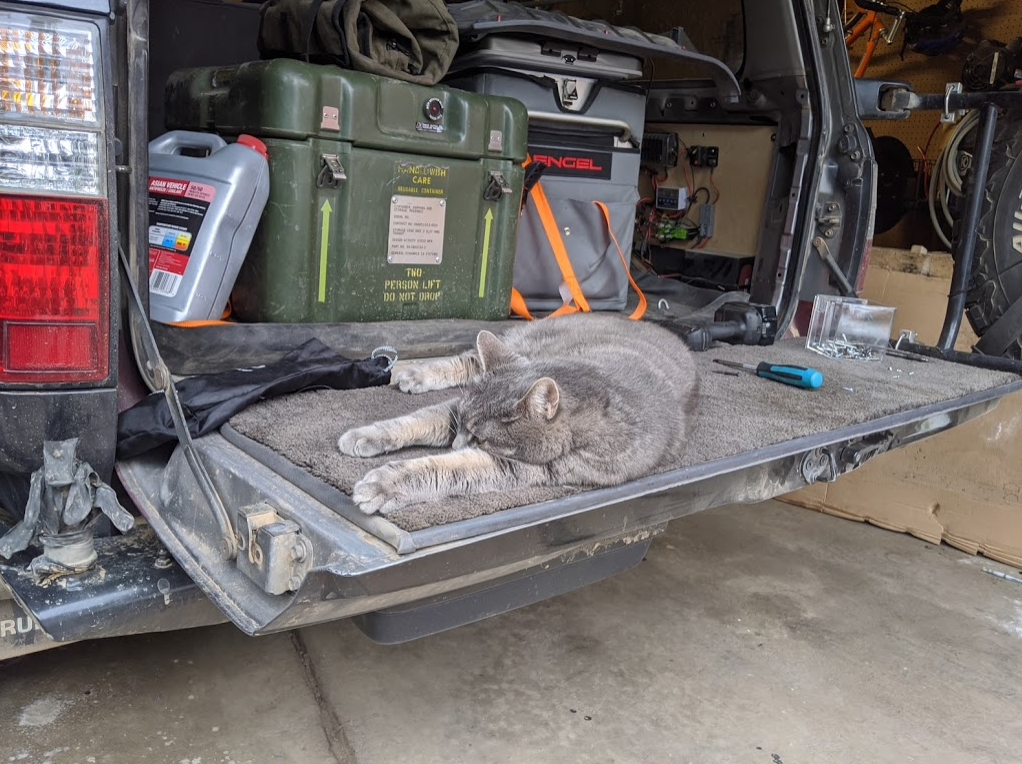 Taking some time now to do a little solar project. Its nice to not be elbows deep in engine grime.

There are a few remaining issues to track down. Some more concerning than others.

Theres a little engine wobble occasionally at idle. Giving it a blip of throttle sometimes quells it. Hoping its something simple like one of the lines getting air.

Still getting idle smoke after engine braking and letting it sit overnight. Our camp was at the bottom of a few switchbacks, didn't help anything. Thinking Ill run the PCV hose out to the frame rail and as far back as I can get it. Still holding out for improvements as it breaks in.

Got the AC going (after removing the center fridge console and lines), I measured 18*F at the back of the dash vent. Tracked down a small coolant leak from a hose. No out of the ordinary oil consumption!

Gave it some more fuel and air, runs pretty strong now. Again, huge reduction on black smoke for the power its making. Really happy about that. Need to give it more air to keep the egts down up the passes.

@DancesWithMutts Lets do it! Got a trip planned next weekend thats a good one, if you're free. Otherwise I think we need to do a HDJ run soon since there's at least half a dozen of us in the area now.

Oh and I had a HPD Catch can on my HDJ81 but still got a lil bit of oil back in the breather but I bought one of these for the 75 and it looks way better. Flashlube Range of Products - Genuine Flashlube™ Has baffles to keep oil from running back into the breather.

Yeah been hearing great things about the flashlube from the aussies.

Well that took a while. I guess there were fun covid times happening in S Africa. Looking forward to getting this installed.

Cruiser continues to run great. They're all stinky bastards off the lot if anyone was wondering about my conclusion from this adventure. But they'll run forever. 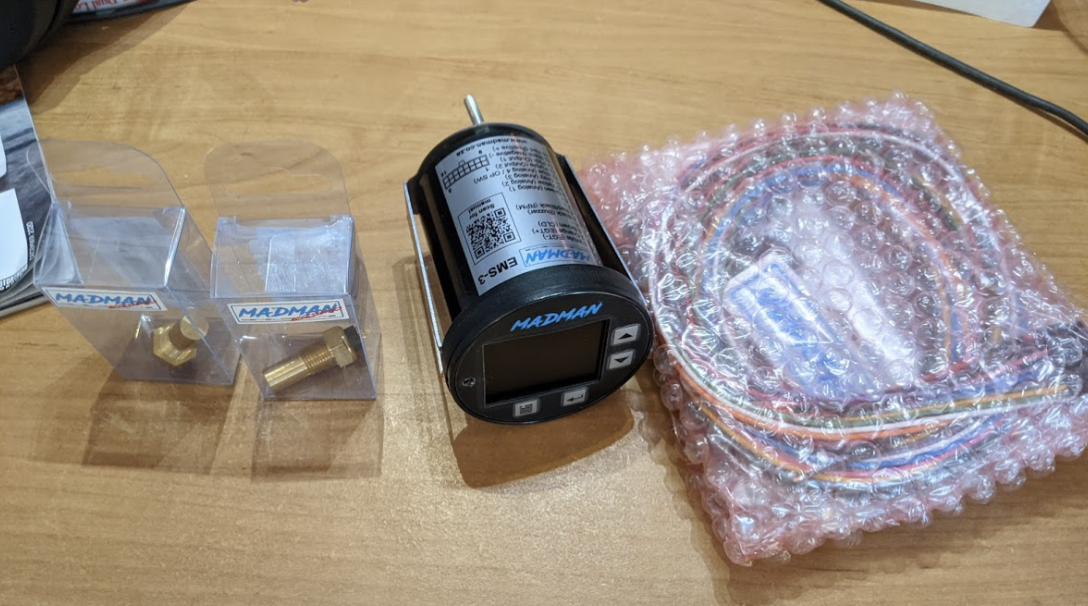 dan1554 said:
Well that took a while. I guess there were fun covid times happening in S Africa. Looking forward to getting this installed.

Cruiser continues to run great. They're all stinky bastards off the lot if anyone was wondering about my conclusion from this adventure. But they'll run forever.

I'm looking at the same Madman guage, let us all know what you think of it!

Madman gauge is pretty great. Its replaced my egt and oil pressure gauges, plus added a lot more. It comes with an alarm already attached to the harness, and its loud enough to get your attention, and annoy the hell out of the wife. Coolant level detection is pretty neat, it uses two stainless screws put in to the side of the reservoir (or radiator end caps if you want to drill in to them) and reads continuity of fluid between them. Display is nice and bright, and I have no trouble seeing it in full sunlight. The gauge also has a light sensor that dims the gauge in low light situations. Convenient because you don't have to wire it to a headlight circuit. You can dedicate the gauge to one readout, which I usually have set to EGT if Im going over the mountains. If another sensor triggers an alarm it will still alert you to it and switch over to that readout. Its designed to work with a bunch of different sender models, so theres a lot more fiddling involved than with your normal gauge kit to get it set up correctly. Overall I think this could save me from a catastrophic failure, and given the number of gauges it replicates is a steal price wise.

There are a few issues, though.

1. I saw the oil pressure glitch out and read very low and trigger an alarm. I didn't use a Madman supplied sensor, so this could be the issue. Its only happened once so far. It worked fine with on my old gauge.

2. Water temp intermittently reads very high. It could be because of my sensor position, which is at the high temp outlet between the engine and radiator. But it gets close to the 150c sensor max in certain scenarios. I just bumped up the alarm setting. 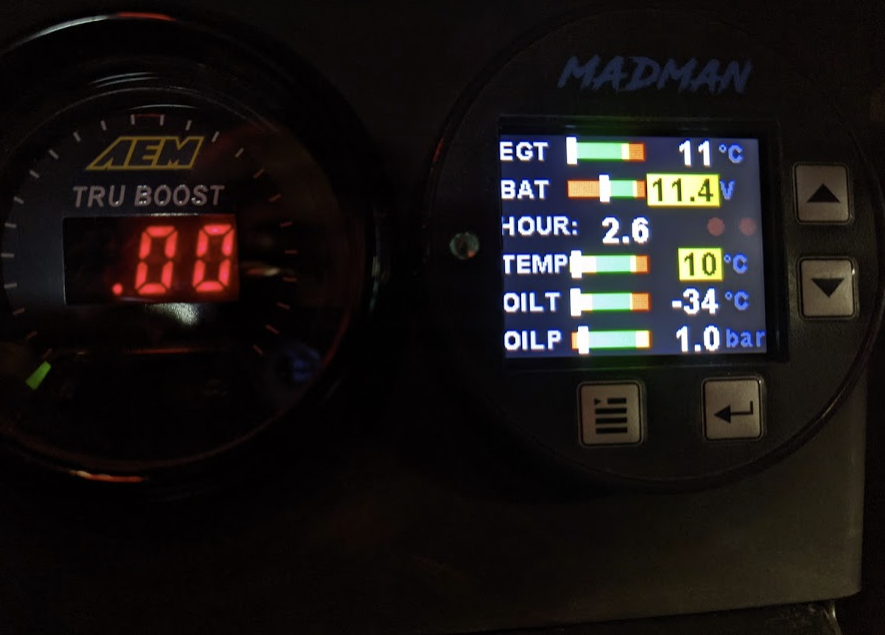 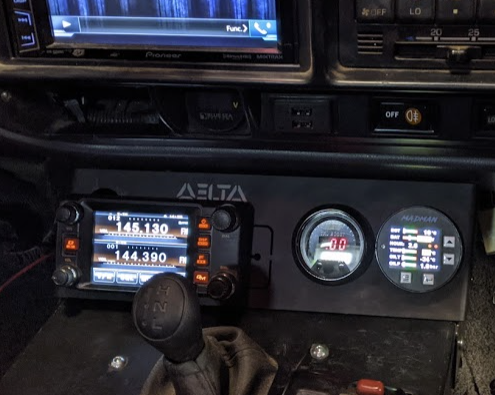 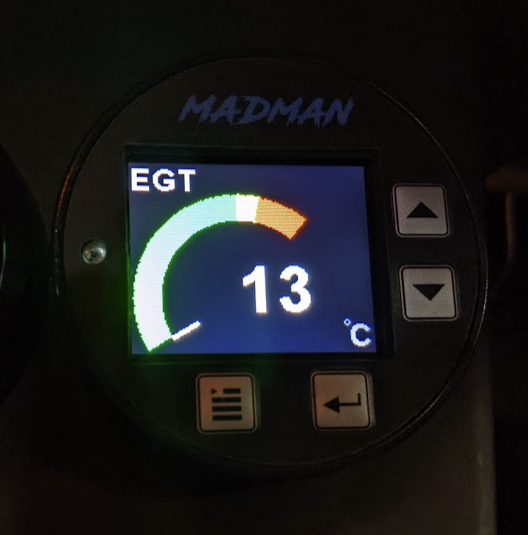 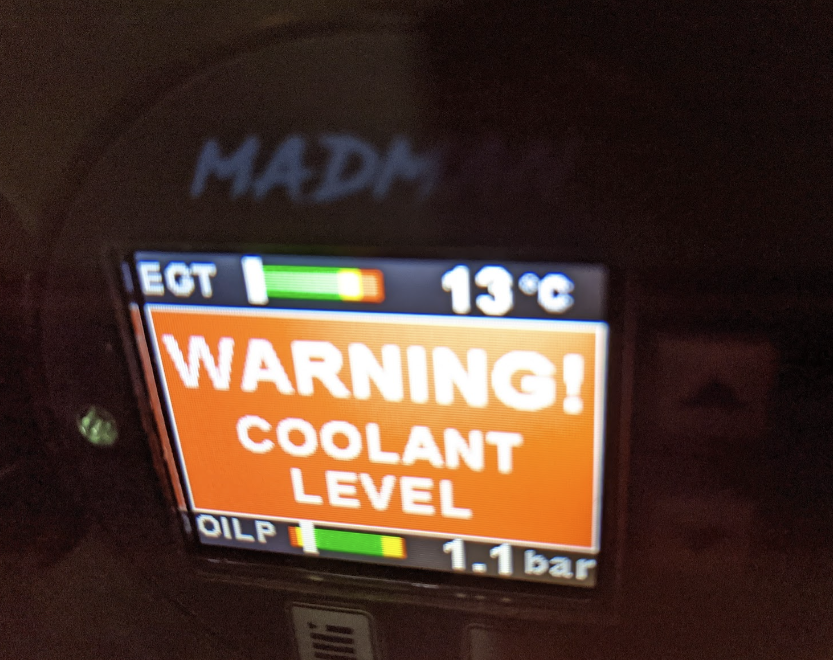 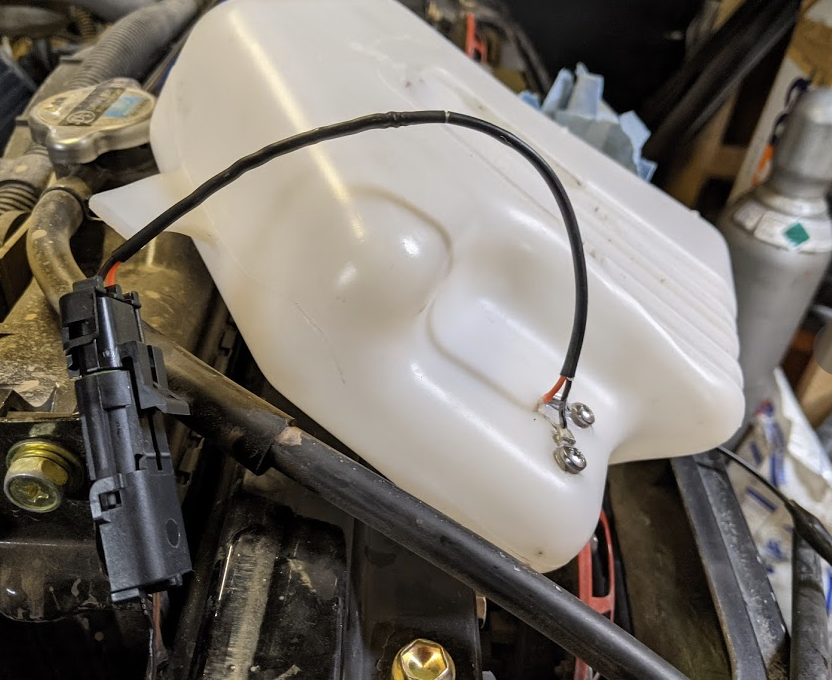 93 hiace over fueling upon start up.