Location
Nor Cal in the garage with a Cruiser

John,
early ones(pre 9/'73) were stand alone units. dont use the heater duct, as they have their own fans. 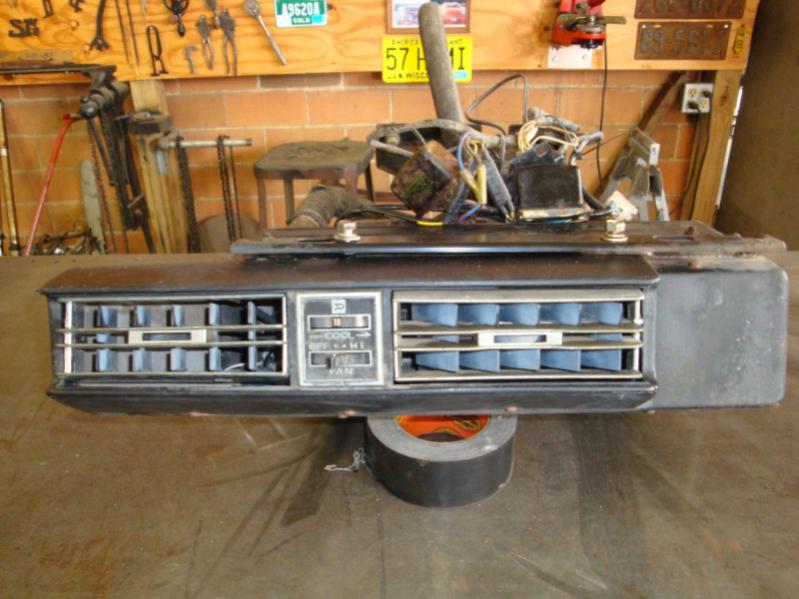 Brett, are those the same as the '40 series? I have one for my FJ45LV when I get that far.

John, the "newer" '55 A/C stuff is like hens teeth but that's what I'd try and find (along with a compatible heater) if it fits the older style dash. It might be easier finding an aftermarket one that was marketed for '55's.
C

Charles,
early fj55 ones are similar in size to the FJ40 units but they have metal housings and a bigger fan. they are about double the weight, but interestingly, the fj40 a/c unit louvre assembly fits on the fj55 early a/c unit.

Finding the a/c units is not too hard. I think there are lots of the early units out there. like charles says, its easier to find the early ones than the later ones.

John Vintage Air has two Slim Line models the larger unit is also a heater.
Just found this if anybody is interested
eBay Motors: VINTAGE AIR MINI SLIMLINE SYSTEM-COOL ONLY- (item 300273538962 end time Apr-13-09 10:53:15 PDT)
You must log in or register to reply here.