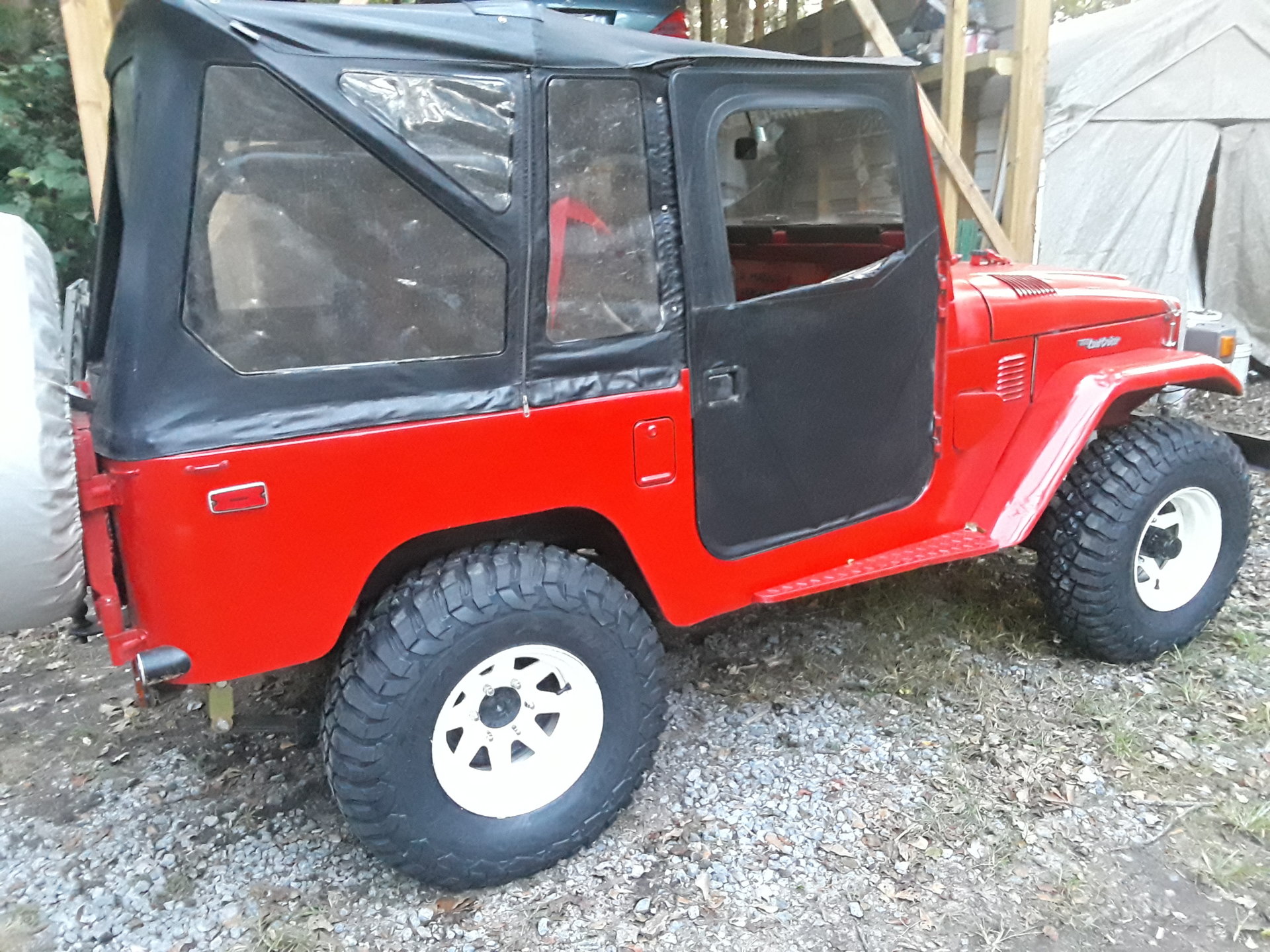 Today was tie rod and drag link replacement day on the Troopy. Got new parts from Kurt at Cruiser Outfitters

Next up is 55 3FE manifold swap and front axle rebuild. 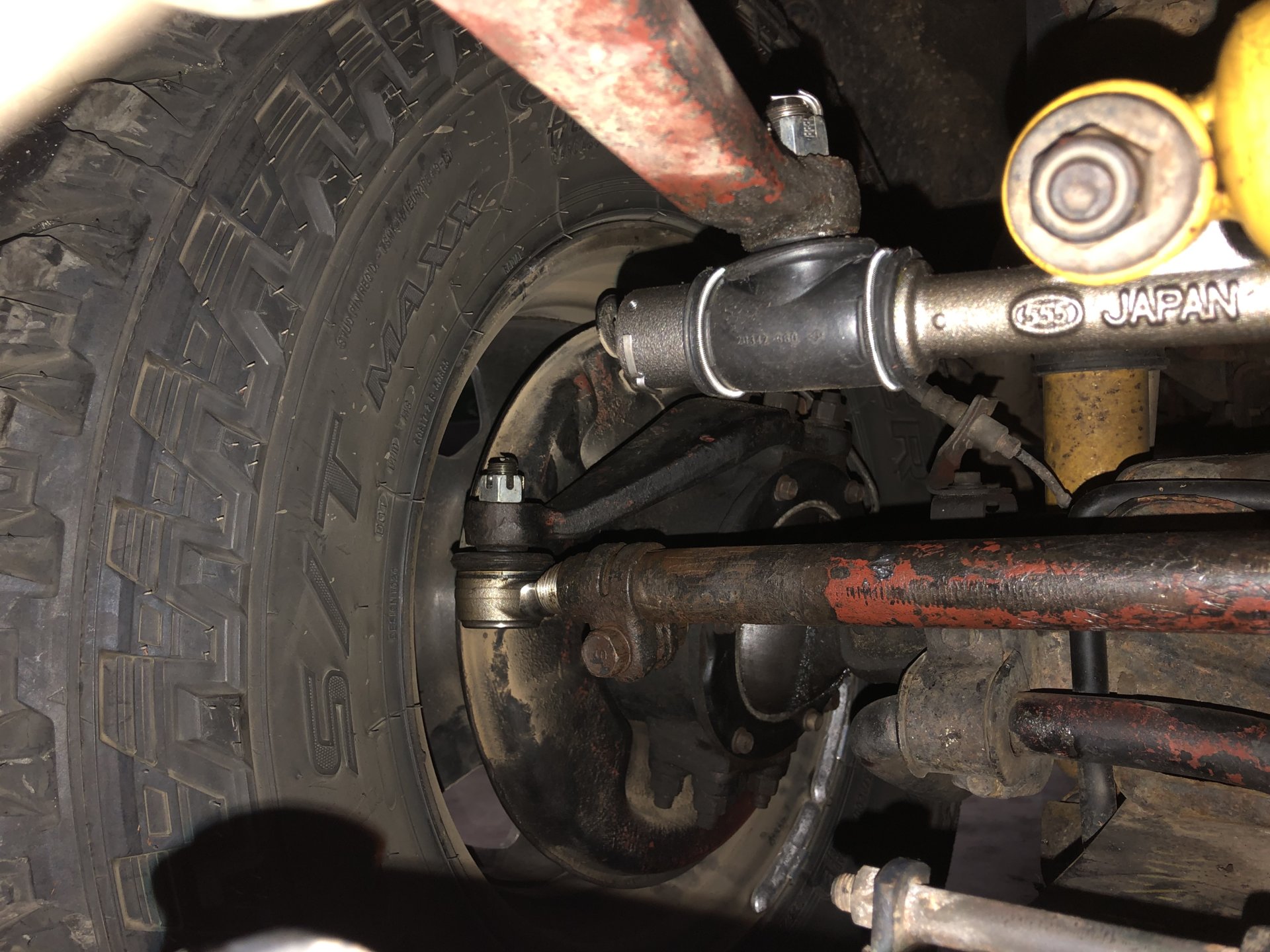 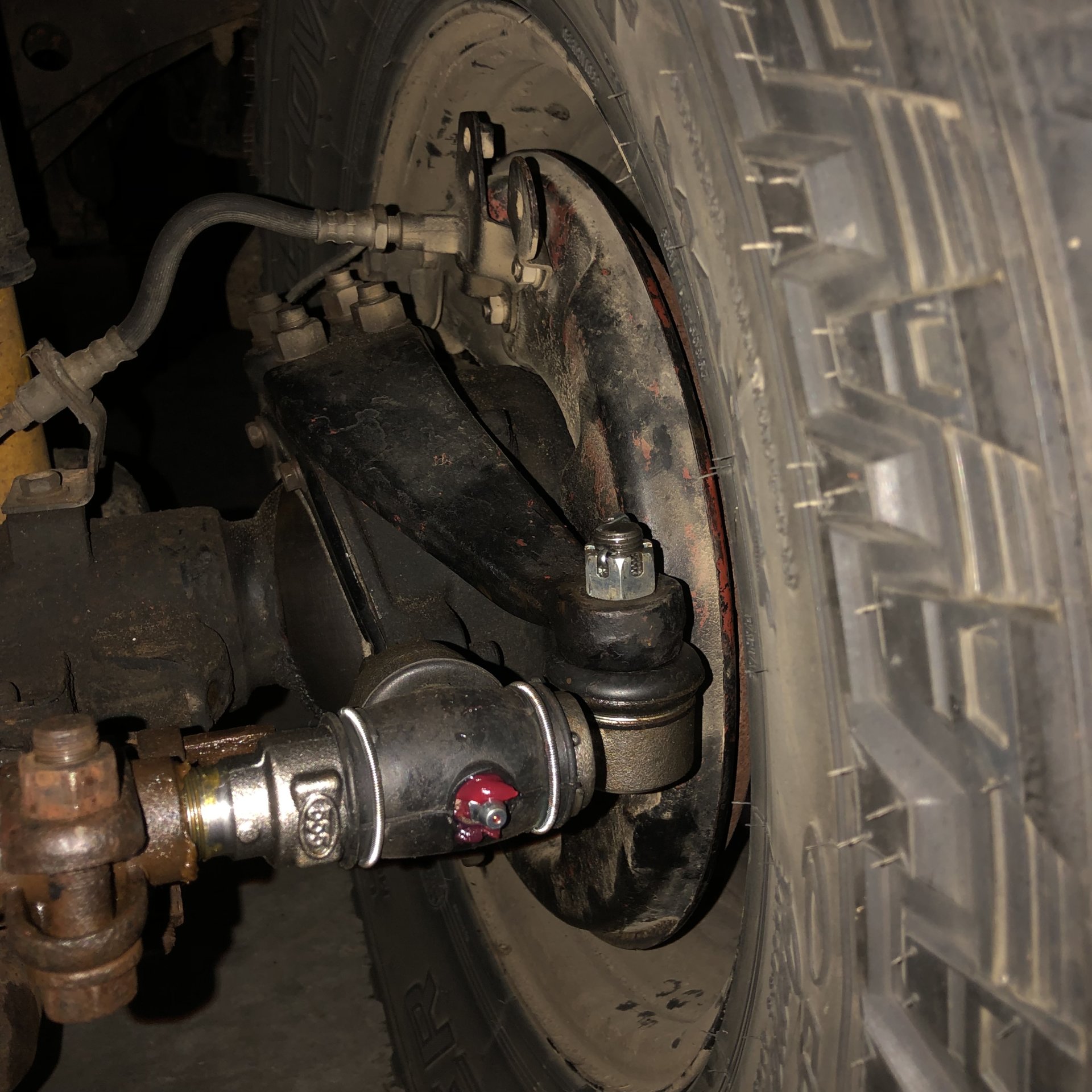 southerncruiser62 said:
Today was tie rod and drag link replacement day on the Troopy. Got new parts from Kurt at Cruiser Outfitters

Next up is 55 3FE manifold swap and front axle rebuild.

I see George's FJ40 has been dropped from your signature... Has she moved on to a different family?

My PHH decided to give up the ghost a few days ago. Thankfully it happened close to the house and I was able to limp the rig home. Decided it was a good time to clean up the coolant system. Got everything pulled today and just waiting for the new parts to show up. 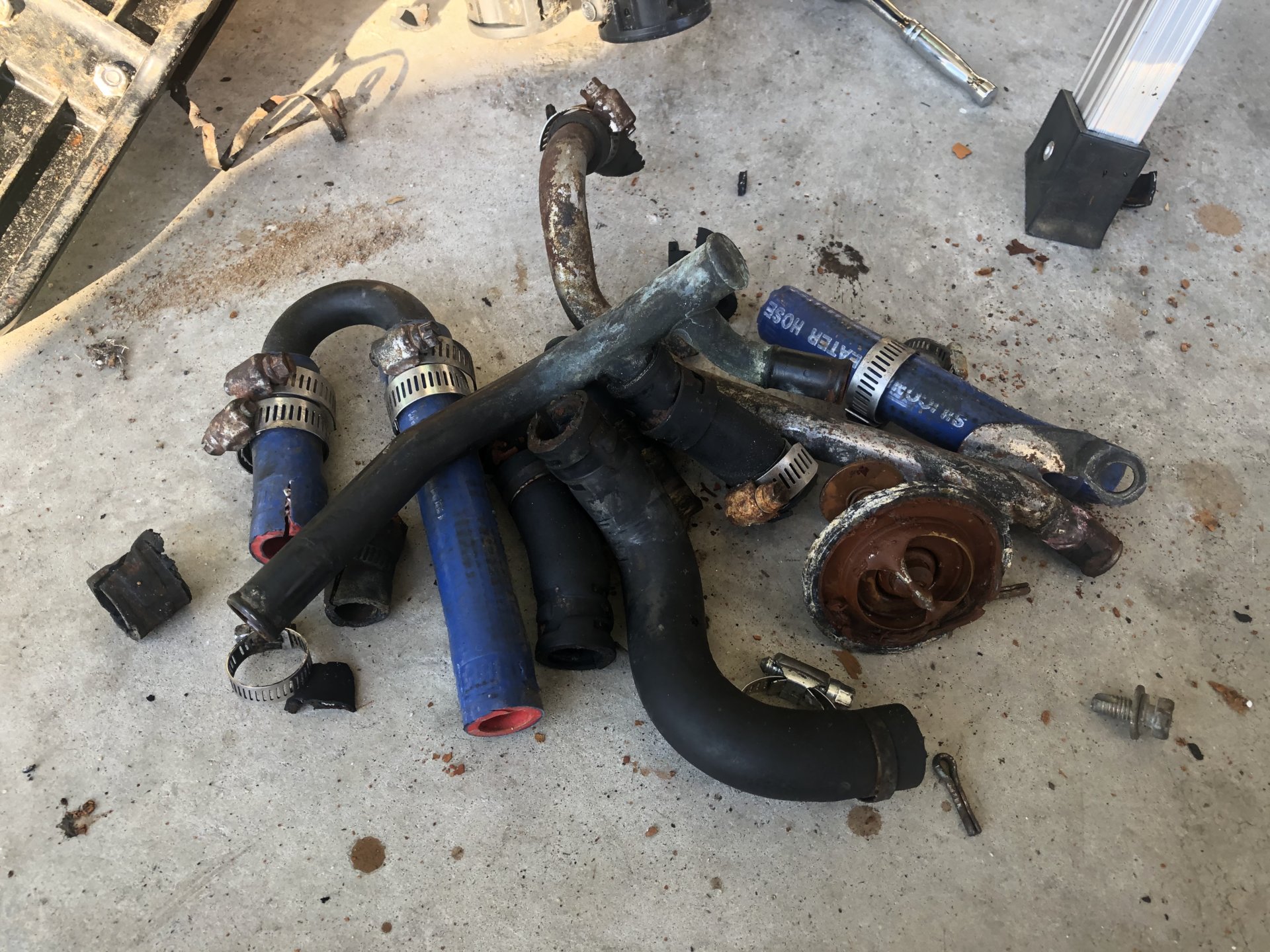 You might want to order some proper clamps, also. I don’t think Mr Toyota used hose clamps. Good luck with the service !

I do have some proper clamps coming as well. Let’s just say the previous owner made some questionable maintenance choices.

Removed the knuckles to replace axle seals, bearings, and general maintenance since I wasn’t sure when it was last done... And the seals were leaking... And the DS wheel had excess play top to bottom. Among the stuff I found wrong: no LocTite on knuckle/hub studs so some of them came out, no grease in Warn hubs, the axle lock washers were installed but none of the flanges were bent (unsurprisingly, there was no torque on the hub nuts), and suspiciously, all of the shim locations were exactly the same size - which explains the play in the left knuckle and why the right knuckle took more force to move.

Anyone have a knuckle centering tool? If not, I propose the club spring for the purchase because it’s not the first time someone has needed it! 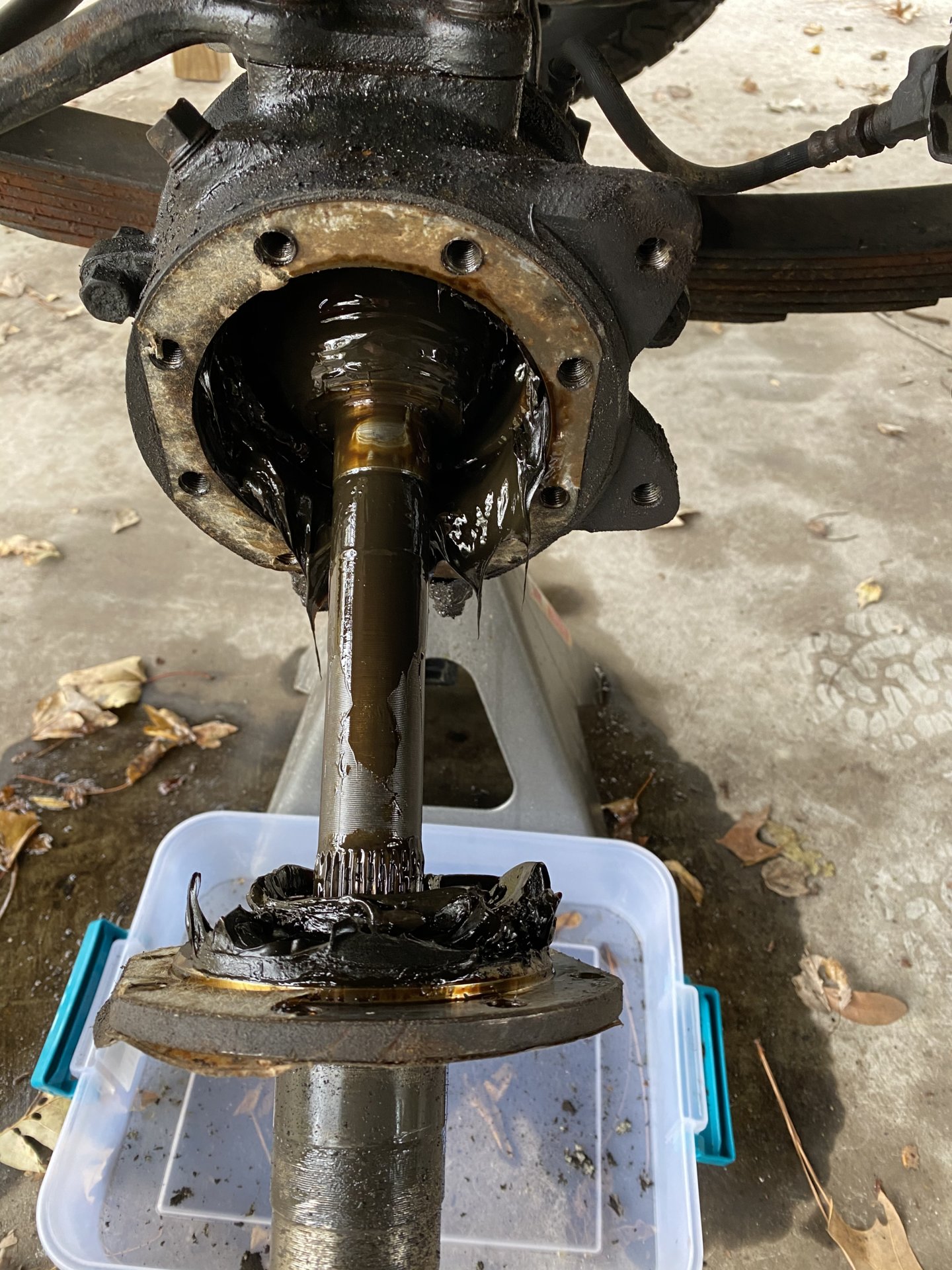 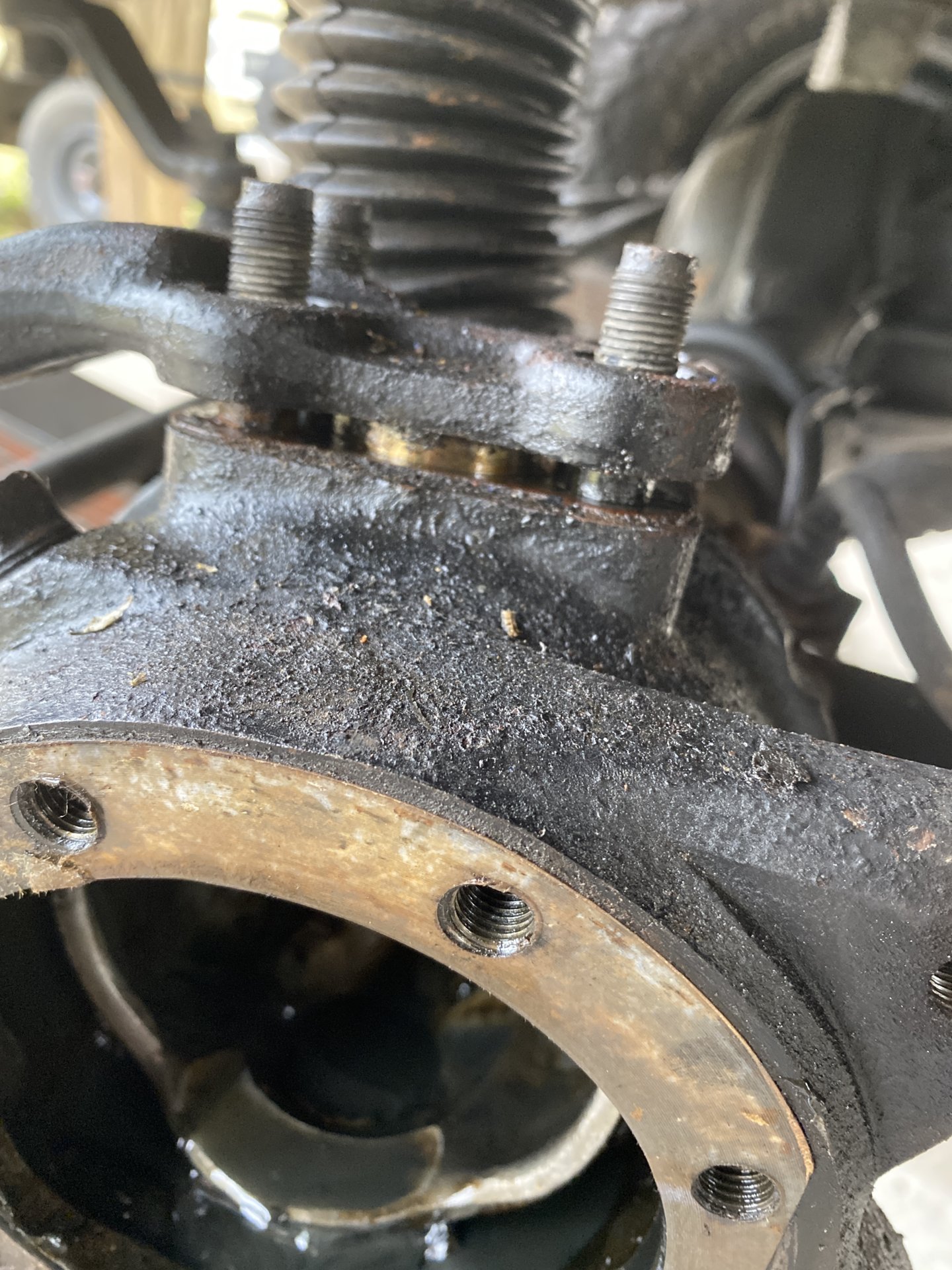 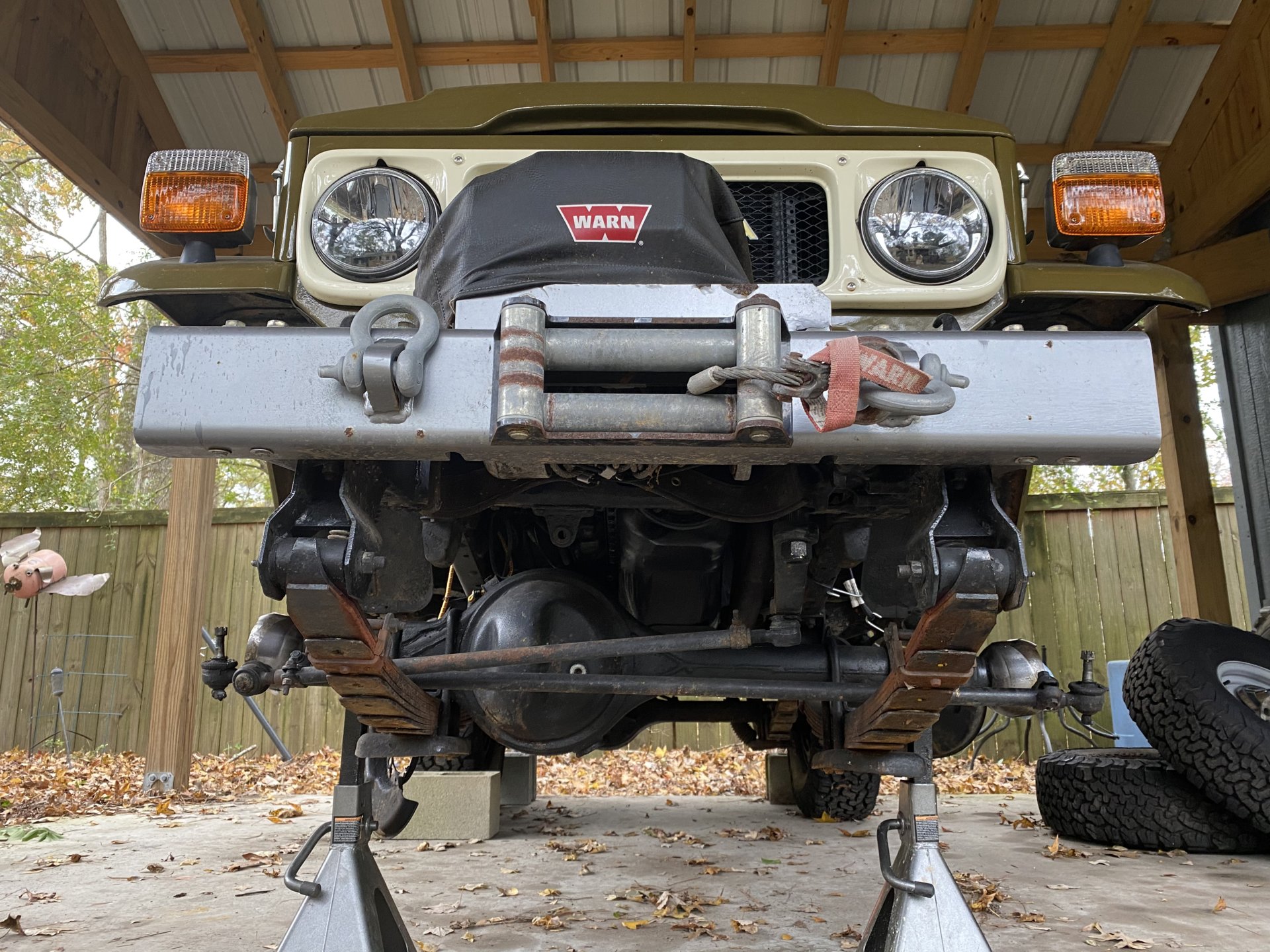 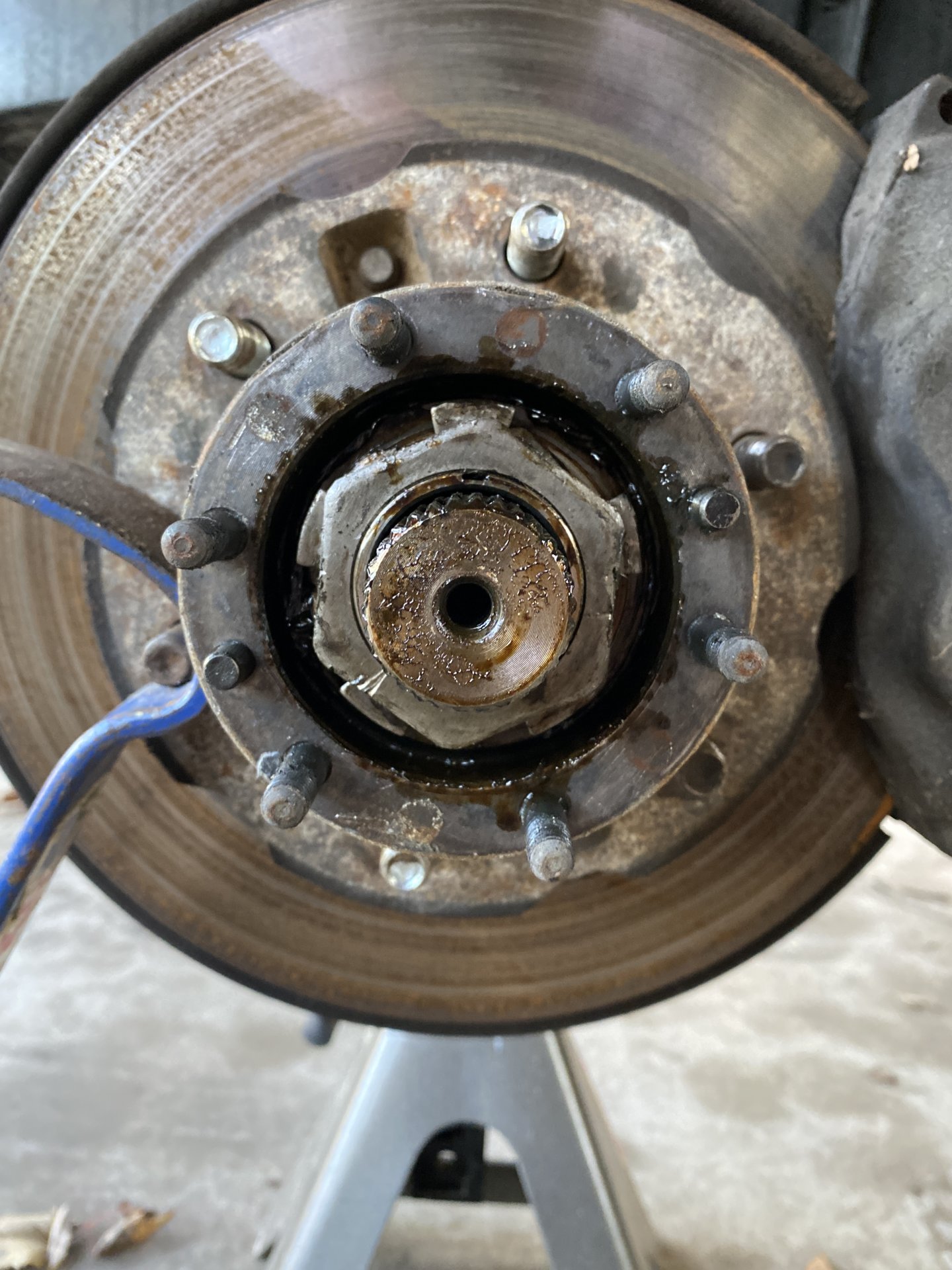 I dont have an issue buying one.
We just have to secure funds from @TailsWCU

Fixed my floppy mirror. Should have done this months ago, cheap and easy fix. 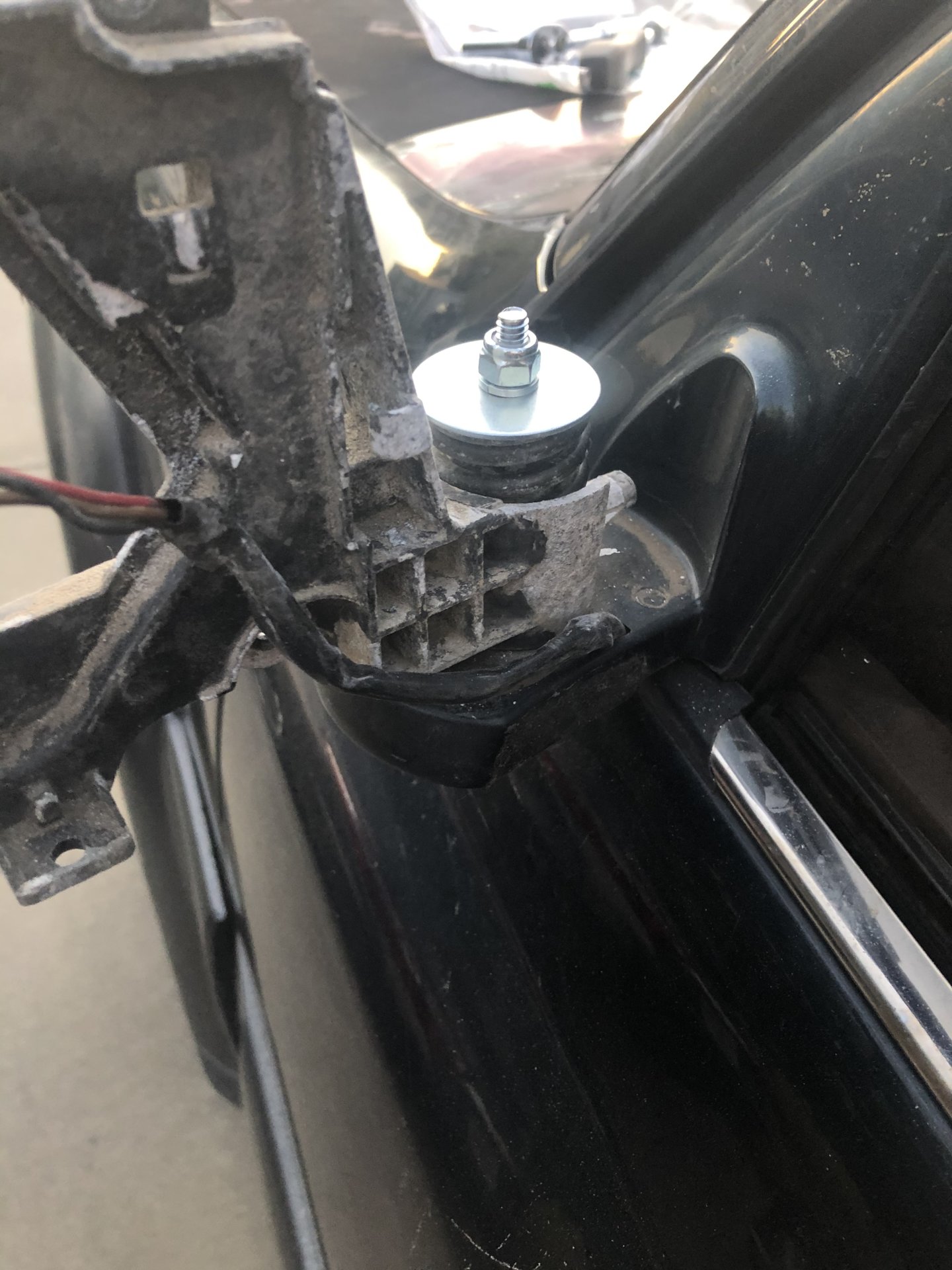 Didn’t want to pay for the Thule wind deflector so I made my own.

Soju said:
Didn’t want to pay for the Thule wind deflector so I made my own. View attachment 2219955
Click to expand...

Thanks, you should see all the stuff I didn’t post. Rebuilt my rear parking brakes, rear rotors with pads and calipers. New battery, new upgraded power wiring, removed the factory roof rack, etc.

Looks good, get a Thule sticker and no one would know the difference

Youll be assimilated easily into the TLC locals 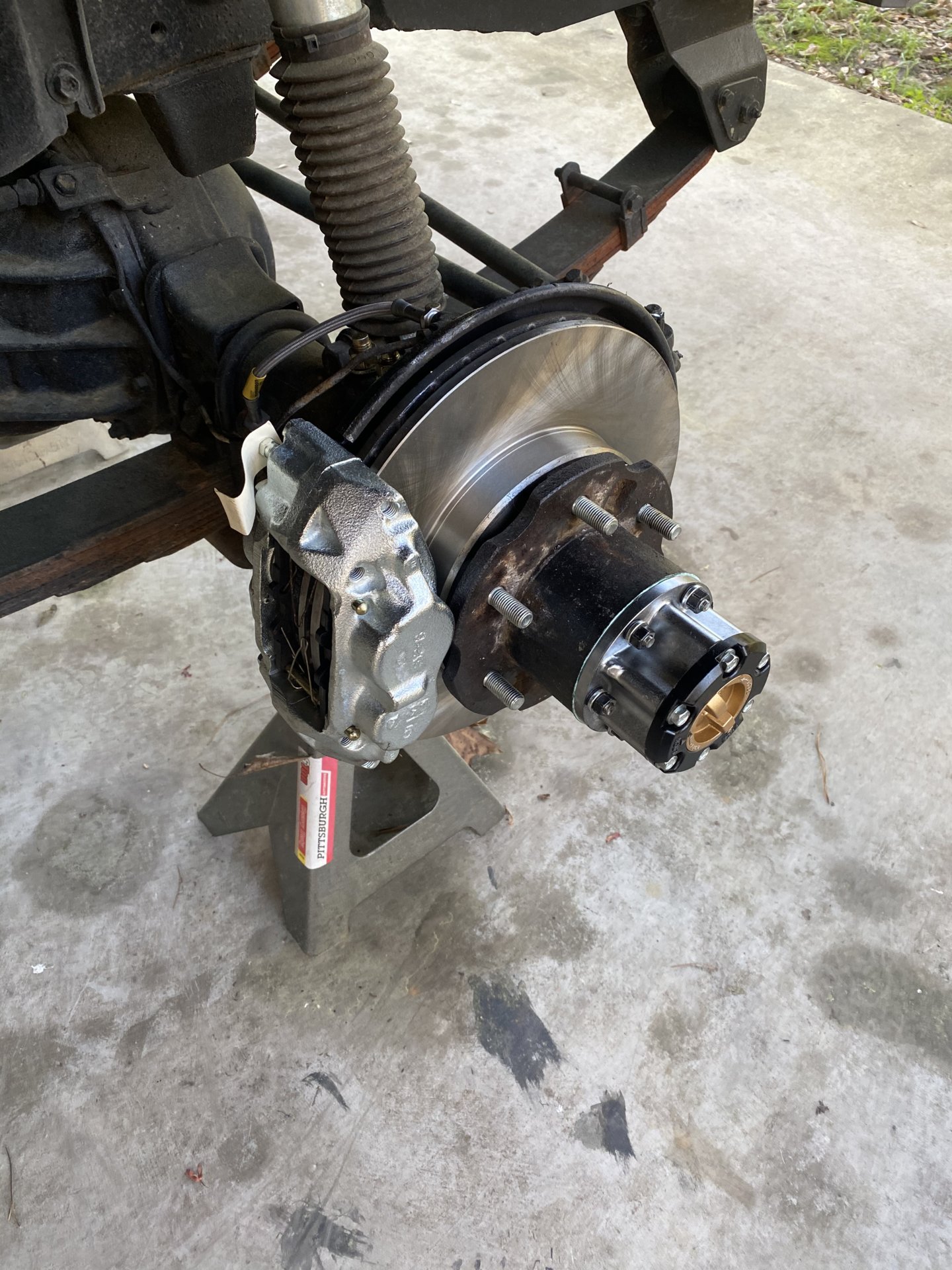 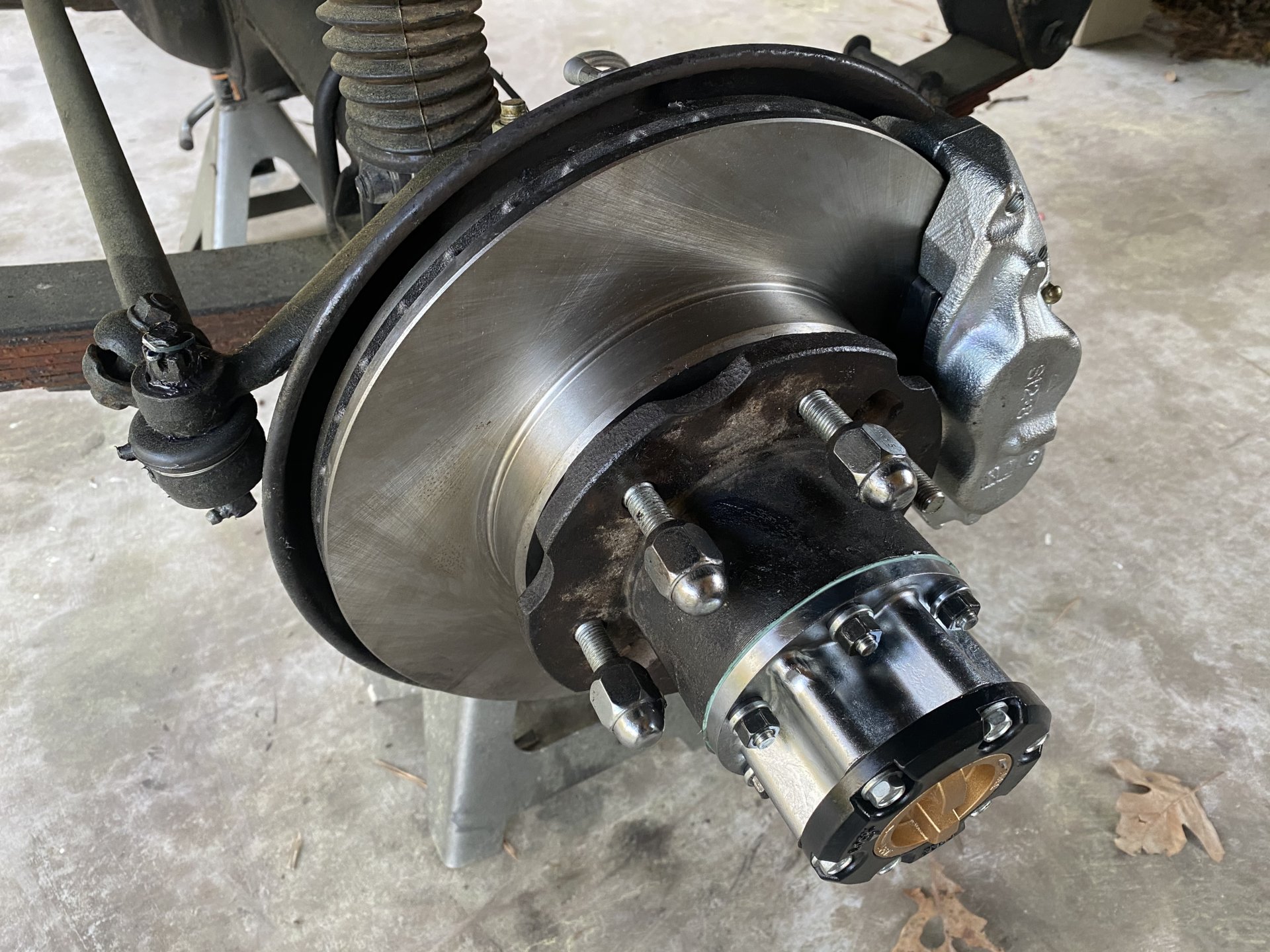 You’ve been doing a lot of work I see!