How rare is this truck? 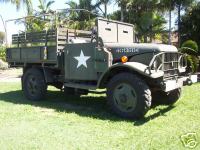 Very rare in the USA, I know of one: 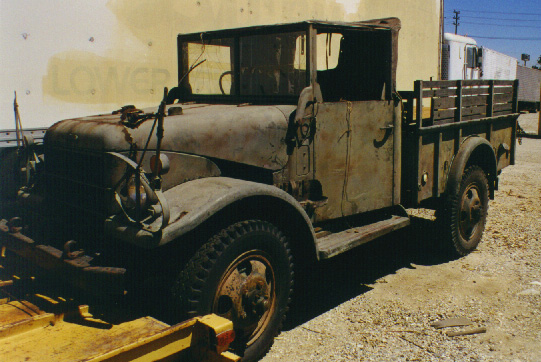 Someone buy it and import it.
Jim
"The FJ25 is almost humorous in its simplicity, but therein lies its beauty." Nina Padgett - Autoweek

Yeah, two guys on the fq 15 forum selling each other parts, then selling them back. Do they make aftermarket replacements for hen's teeth?

I have not been able to find a source for Hen's teeth, I need a set
for my truck....

I think this is it.

What did these use for motors, the F or B six? And how about tranny / transfer? Was it a divorced transfer like the M37 or the same setup as the 25? Just in case I buy it.
Jim
"The FJ25 is almost humorous in its simplicity, but therein lies its beauty." Nina Padgett - Autoweek

even more rare is the fq 10, I have seen pics of an ambulance fq15. i think i even have a pic of each. or you have the 7 ton toyota line of dq's they have the same telescopic arm and dir lights, and some had an fj40 looking bezzel.
Links:
The almost one week resto, JohnnyC's Quickto Resto
Toyota Historical Data
Toyota Land Cruiser Manuals Factory Literature Etc.
Toyota***Canvas Maintenance***OEM Soft Tops
Toyota OEM FST(Factory Soft Top) fj4X Owner Pictures
Toyota AK-10 "Predecessor (grandfather) of all Land Cruisers"
Toyota "BJ" Jeep Thread (Father of all Land Cruisers)

Military Toyota's:
Developed by Toyota with the assistance of the US occupation forces
for use in South East Asia, Late 1950's.

Later FQ15's were repowered at the factory with the H diesel.
I don't know if they ever came off the factory line with the H or if they
were all re-powers.

F engine is same as LC with different carb, I think same as the FA series
5 ton trucks, 2 bbl when the LC was using a 1 bbl.
H engine looks the same as LC except different air cleaner ??

Transmission is 4 speed with granny low. Looks similar to the LC trans but
with a big bump on the side to clear the large 1st gear.

Divorced transfer case with in/out for front drive, no low range.
Totally different than LC and the M37 that it was patterned off of.

They also had ambulance model for the 4x4.

Don't know much about the 2-1/2 ton series, only have seen one and it was
a total rust bucket. I do have a Japanese manual.

All of these vehicles were used in Japan by the Self Defense Forces in RHD models.
Many LHD models were exported to Thailand and Malaysia for use by USA
forces.

I have a Japanese service and parts manual which mentions the vehicle was
made by Toyota. Japanese models have a Toyota Badge in the center
of the hood.

I also have an English manual that shows a LHD model, nowhere does it mention Toyota. The LHD photos I have seen have no badge on the hood.

Toyota has no parts for any of these vehicles that I can find. Some electrical items seem similar to LC but not exactly the same.... Hens Teeth!!

That's great info...I was just reading up on the web and found this stuff:
MLU Forum Thread with a few more pictures.

If you get bored and want to take pictures of the trans and transfer I'm sure we should be able to ID them. It appears the 25 tranny is a pretty direct copy of the early Chevy medium duty truck transmission with the parking brake assembly lopped off. Wouldn't be surprised if the FQ design were similar. 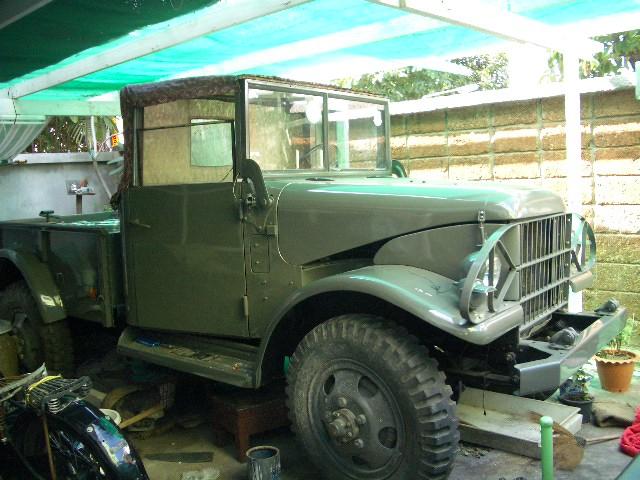 Jim
"The FJ25 is almost humorous in its simplicity, but therein lies its beauty." Nina Padgett - Autoweek

I've seen at least 5 of them here in Chile. My friend has one in his shop right now that's being prepped for a customer. I'll be glad to ask him for part sources if you need any. PM me if I can help.
http://www.rallyglobal.com

I'd *reaallllllly* like to have an article on these for Toyota Trails
Anyone here a member at the MLU boards, and know any of those guys?

By the way, I think these are about the cooolest trucks ever! I know "they're just an M37 variant," but man....flippin' kewl!
TornadoAlleyCruisers
TLCA President Emeritus

Chef said:
I'd *reaallllllly* like to have an article on these for Toyota Trails
Click to expand...


How about an article on FJ25's?
Jim
"The FJ25 is almost humorous in its simplicity, but therein lies its beauty." Nina Padgett - Autoweek

Cruiser_Nerd said:
How about an article on FJ25's?
Click to expand...

Yes please! You know all TT content is member submitted, so this means-basically-you've just volunteered. I can help if you like! Same for the FQ article.
TornadoAlleyCruisers
TLCA President Emeritus

Again, I'd really like an article on this stuff for TT...please!!!!
TornadoAlleyCruisers
TLCA President Emeritus
You must log in or register to reply here.