after much reading, I've given in to ask the question... looking for compatibility info of a rocker arm assembly for 2F engines.

my concern would be - do the rocker arm ratios change between the years and change the timing? and are the pedestals different?

thanks for you replies.

Yes, they are different. The later slots for oiling is one thing I can remember off-hand. The pedestals are different. I've been curious about the same thing. The valve components are the same, aside from the stem seals. Are they, and the pushrods in the same place? Answering your question will help me with my mini-warehouse mega project. 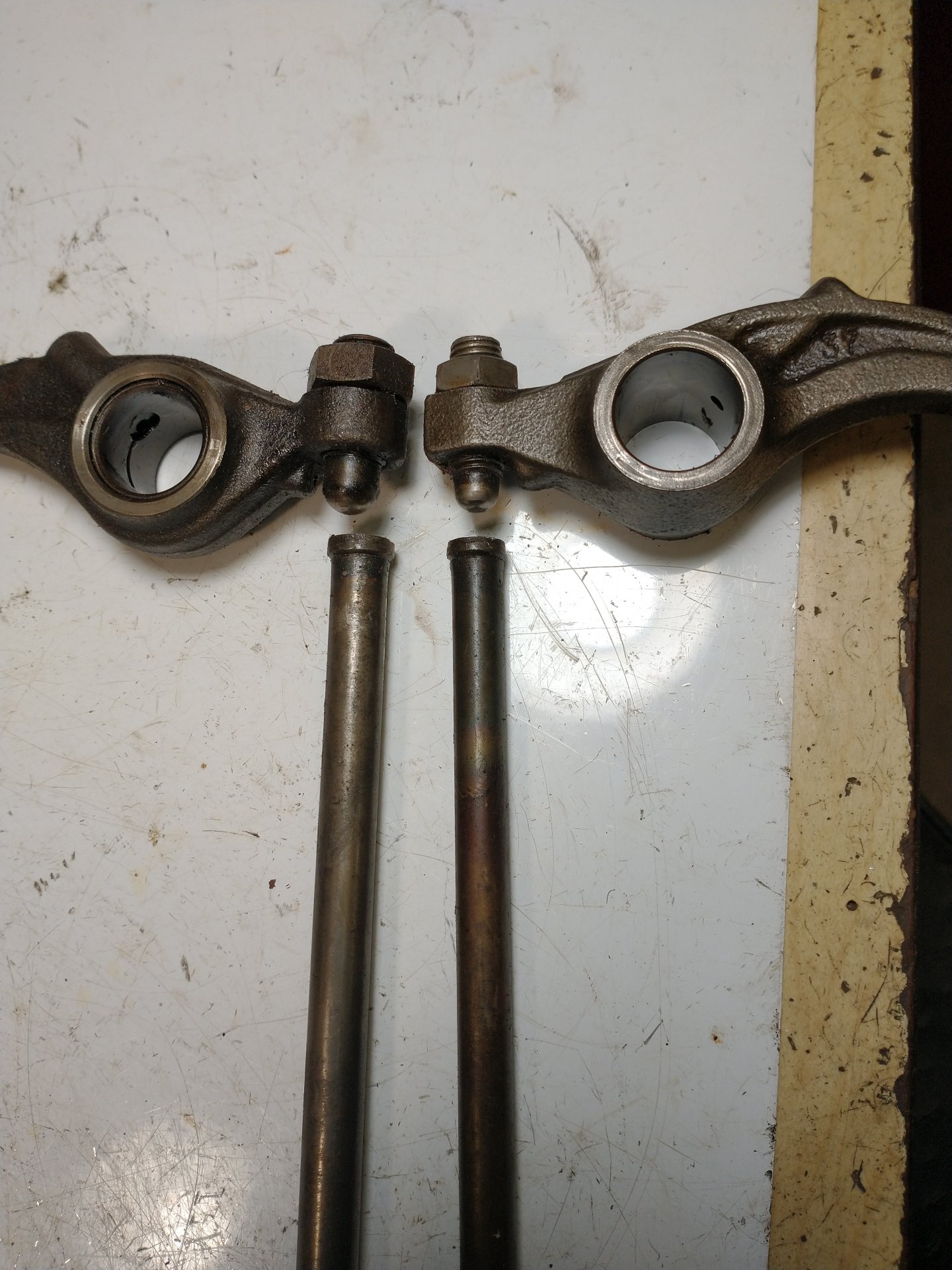 thank you Jim. exactly what i needed. do you sell parts? I'm needing to buy a complete rocker assembly late 2F if you have one available. I've got replace the one that is temporarily "loaned" to me until I can find the guy a replacement.

what is a solution for replacing worn rocker arm and bushings and shaft? anything available aftermarket? haven't had any luck finding new.

The later rocker arms (on the right in pic) are cast steel, without a bronze bushing. They are lighter, stronger, quieter. Best of all, they finally got the metallurgy right, so even without a bushing inside, they don't seem to wear.

I don't have a good one for sale ATM, but post in the classifieds. Somebody's gonna have the all steel rockers & pushrods in a late 2F with cracked head.

I have a rocker shaft that was installed without respect for the shaft dimples that time the shaft's oiler holes on the rocker arms to the studs on the head. I'm thinking that it ended up becoming an FJ60 2FE project, and I was the parts recipient.

Something to look out for, both in purchase as well as installation.
You must log in or register to reply here.