The Good: It's a clean carfax NC vehicle it's whole life with triple lockers and no issues keeping you from road tripping it home in comfort. Clean title.
The Bad: The typical laundry list for a driver FJZ80

Trying to buy a client's 2011 Green LC200 so the 1995 is on the chopping block. Bought it from the second owner who is a coworker about 3 months ago and started buying parts only for the 200 to pop up at a steal.

It's a 1995 with about 3 sizeable dents and maybe 13-15 surface rust spots from rock chips or at the roof rail area, no body rusting or bubbling.
Triple locked with all running functions operational. I drive it to work about twice a week with no issue. Cold A/C and strong pulling engine transmission.

Interior: Front seats are covered due to wear, back 2 rows aren't horrible but not pretty either. Front speakers replaced, aftermarket bluetooth head unit that works very well. All windows work up and down and the only functional downsides to the interior are a sealed sunroof and broken antenna.

Exterior: Clear coat fade all over, belt moulding worn out (included OEM parts to replace them), Front emblem and grill plasti-dipped by previous owner. Dent on driver's door, rear hatch, and rear right quarter in addition to plenty of scratches. If you want the dents addressed the price will go up but my PDI guy is pretty decent.

Mechanical: New brakes about 5k ago, everything shifts smoothly, steering wheel squeaks on cold days at farthest turns. Driver seatbelt frayed. Oil leak at front main seal (new one included) Reese hitch has surface rust from road kick-up. Haven't towed anything but a 14 foot jon boat thus far with it.
Tires in great shape. No issues with long trips so long as you don't mind the clear coat and looking badass.

If the LC200 sells before I can sell this I will remove it. Only trade would be for a 13-16 foot Boston Whaler in good shape. 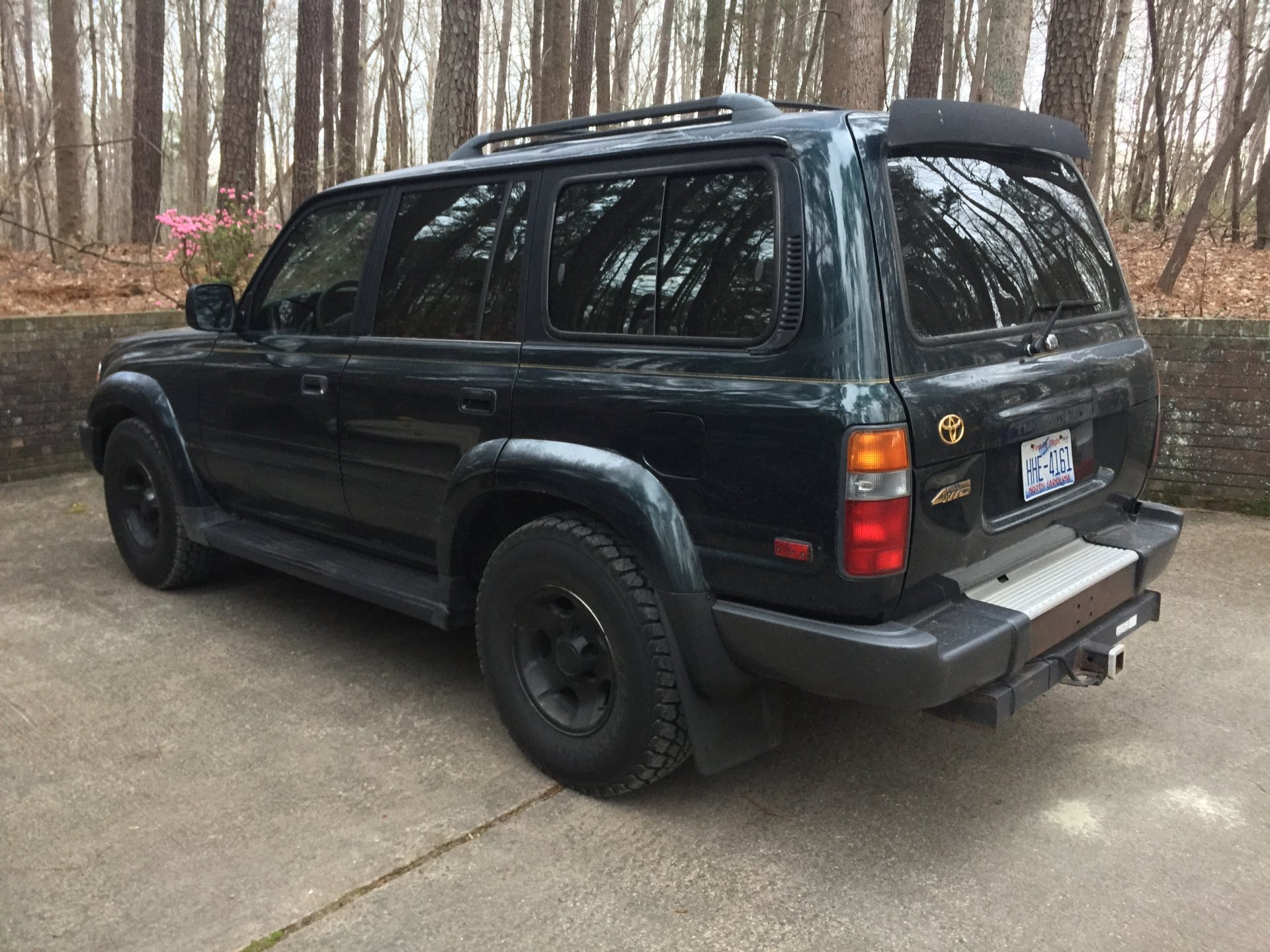 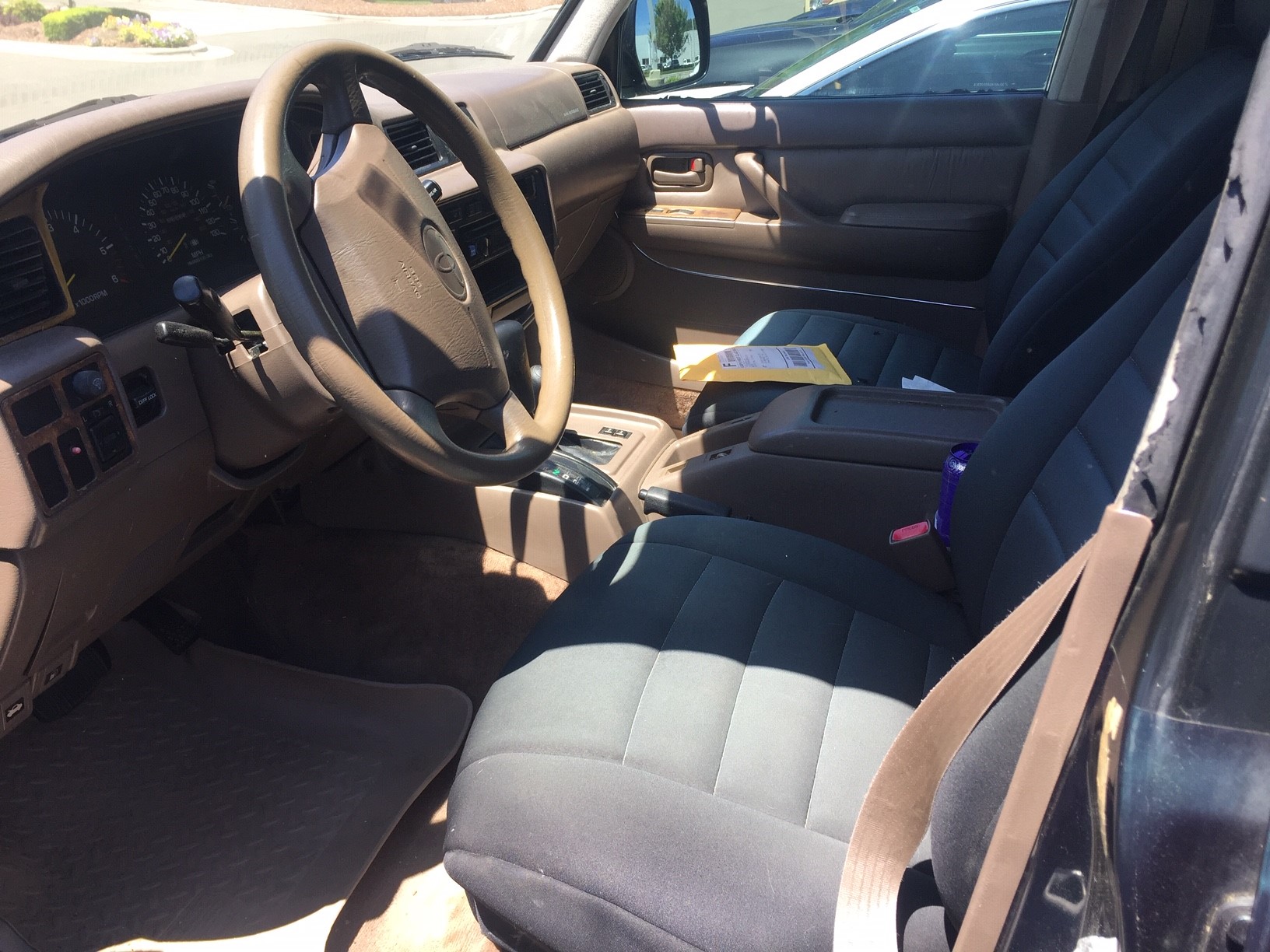 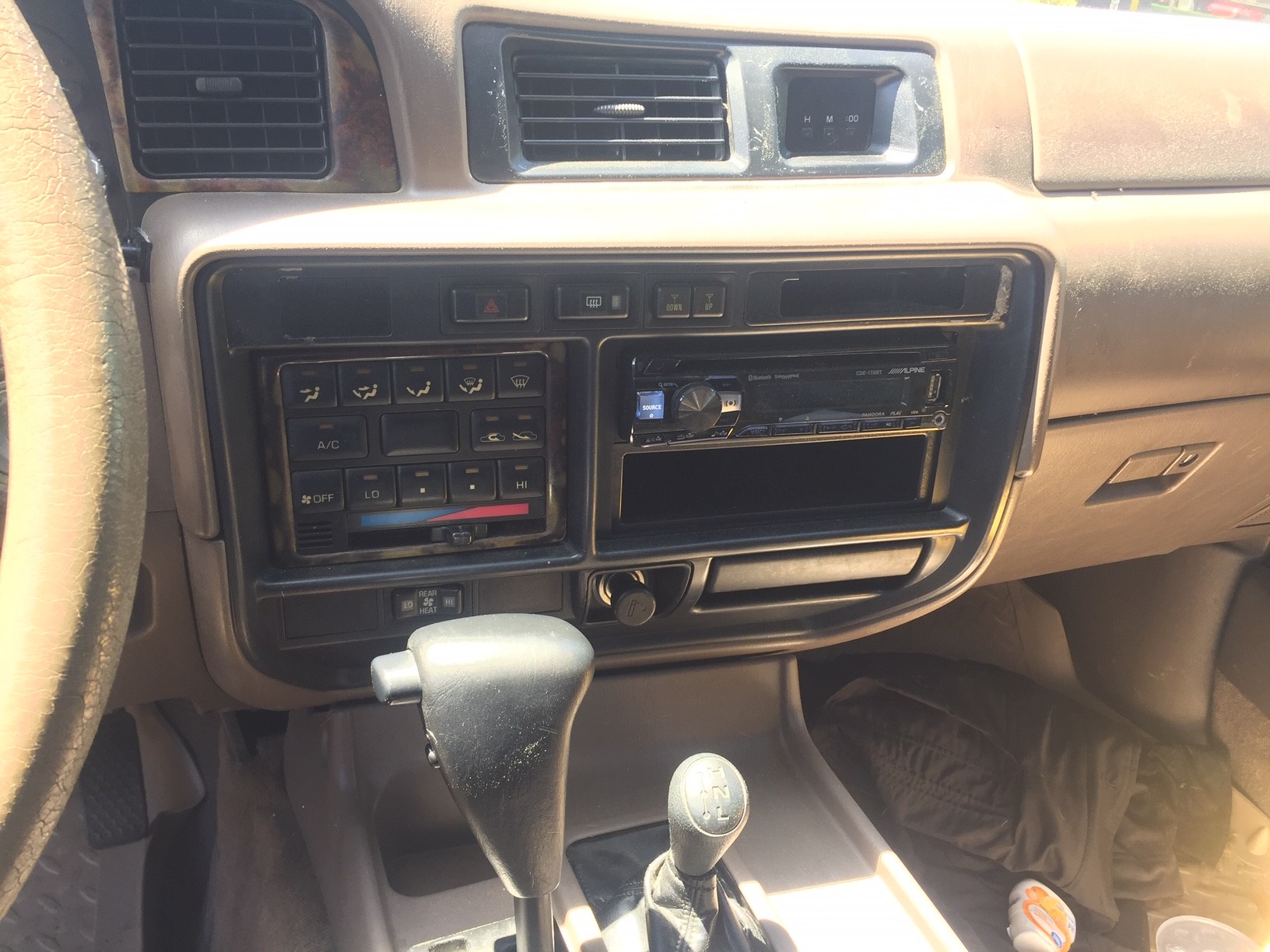 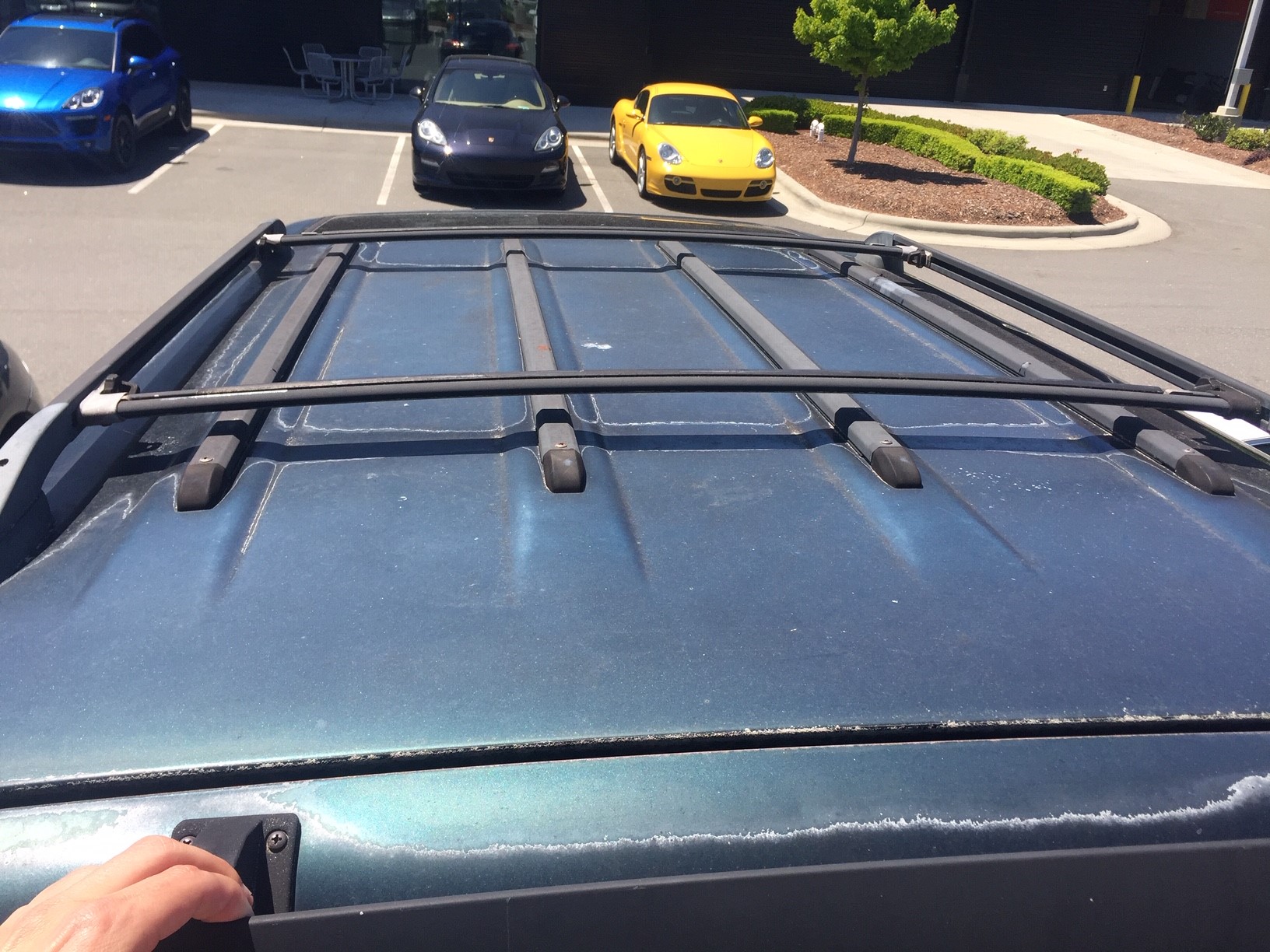 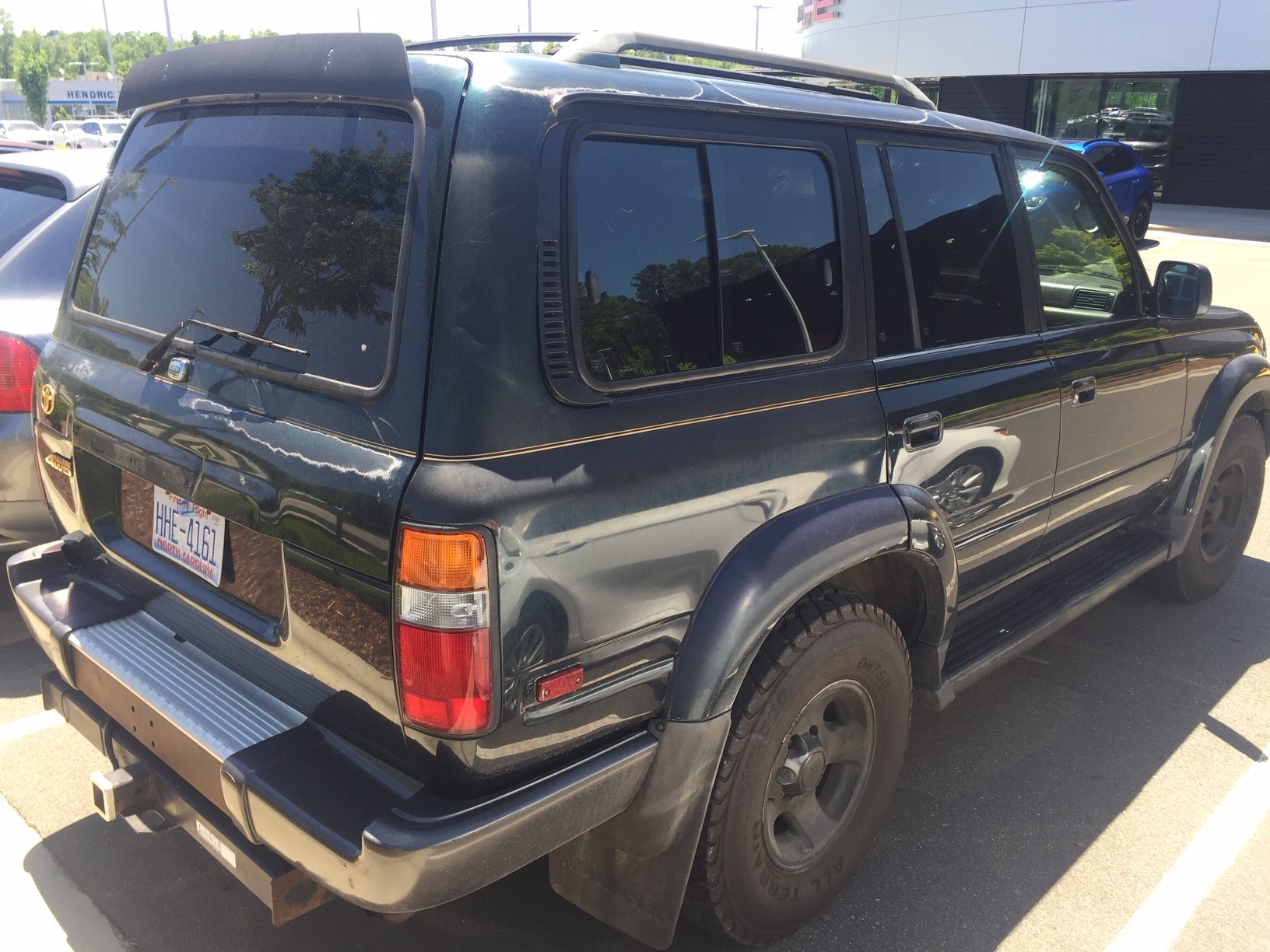 I'm in the area. Do you have a copy of the carfax that you could send me or could you send me the VIN?

Not sure if your phone is the problem so I figured I would try to contact you here. Please call or text at your convenience. Thank You
J

B
For Sale 1991 FJ80 Land Cruiser for sale in Huntsville, Alabama (North Alabama)

For Sale Looking at selling Otis the 3x Locked FJ80
2