Newbie With A Project (1 Viewer)

Hi, new member here with another FJ62 project. I have taken on a 1988 full frame off restoration for a friend of mine that is the original owner. Vehicle currently has 192K on the clock and is tired. It was also T-boned in the right side many many years ago (both doors, inner and outer rocker panel damage only, missed the frame). After doing a lot of research on this forum, I've had a rollercoaster of ideas that may make it to this project and would greatly appreciate any input from those of you that have more experience than I on this model vehicle. This is the 3FE with the A440F auto trans, and the owner wishes to retain this (or a modified variation thereof) drivetrain. He simply said "keep it all Toyota please". I already suggested going to the H55, but was met with a polite "no thank you, we're getting too old for that", which made me laugh, but they clearly want the automatic transmission again. So, 2FE? KISS 3FE again? Can't find anyone in NM to rebuild the auto trans, they all hang up when I tell them 'it's the A440--', and don't even finish saying the model. I also have a 1989 FJ62 donor vehicle with the same drive line (125K) that was supposedly running great, before it was involved in a heavy (left) front end collision, 3 years ago Good news is I now have the right side doors and rocker section I need (and extremely rust free I should add) and a whole lot of spare parts to work with. Then the idea of simply swapping the entire drive line from the 89 into the 88 was discussed. He (and more importantly his wife) are looking for a fresh rebuild on the engine, transmission, TC, axles, suspension, steering, and everything else that can be overhauled, rebuilt, restored, reupholstered, replaced (if needed), repainted, you get the idea. I did find a local machine shop (Empire) that said they would rebuild the engine, but I'm at a loss on the transmission. Advise? I found the valve body in AU everyone talks about, but not sure if it's even needed. This is primarily a street driven vehicle that will retain stock wheels and tires. It will not be off-roaded and will most likely never even see snow. It's just a member of their family that's getting a 2nd lease on life. Can I rebuild the transmission myself? Maybe. Depends on whether or not I have the necessary tools, if anything special is required. I'll attach a couple of pictures of the vehicles as they are now and update as the project proceeds. Thanks in advance for input 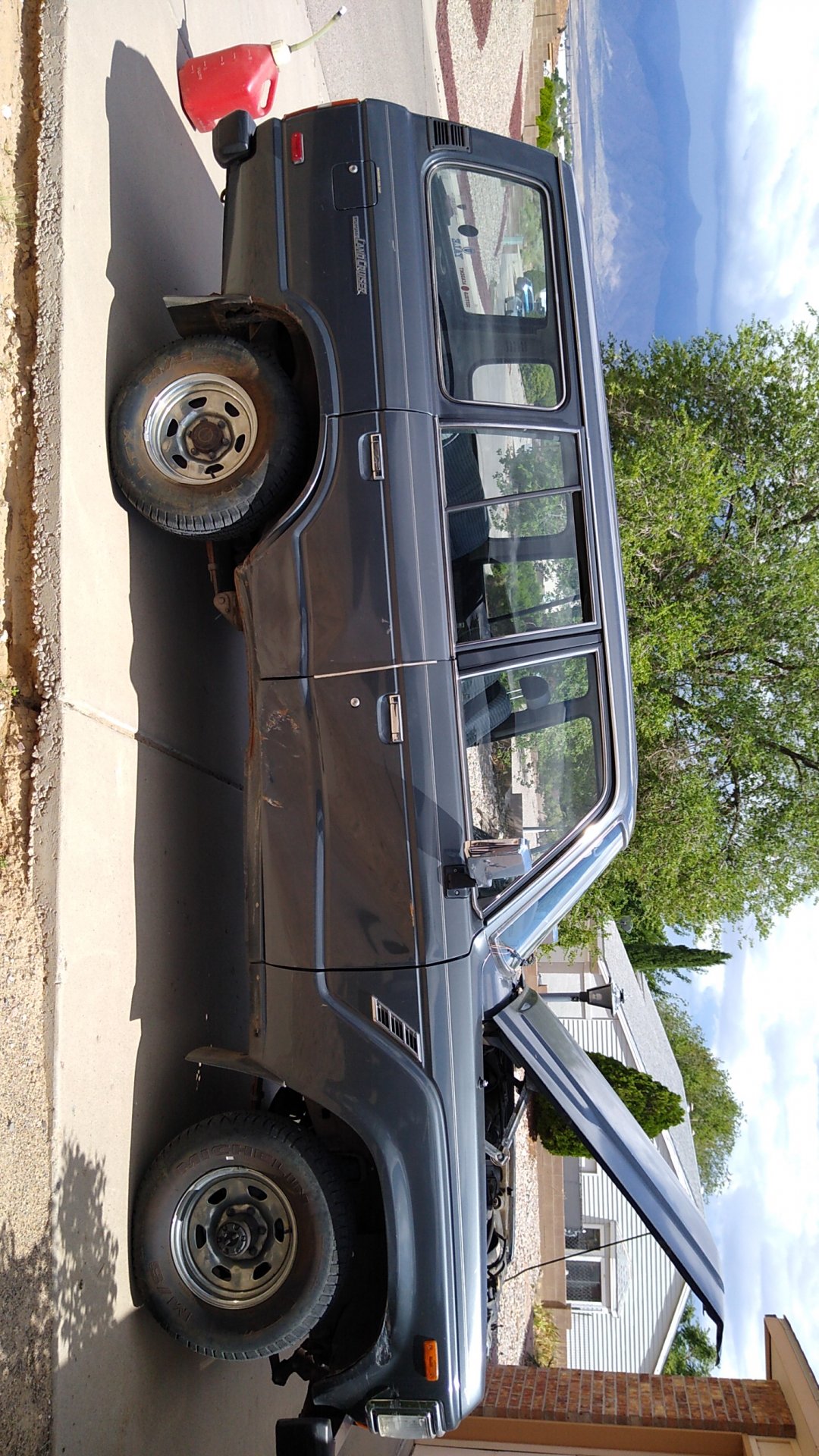 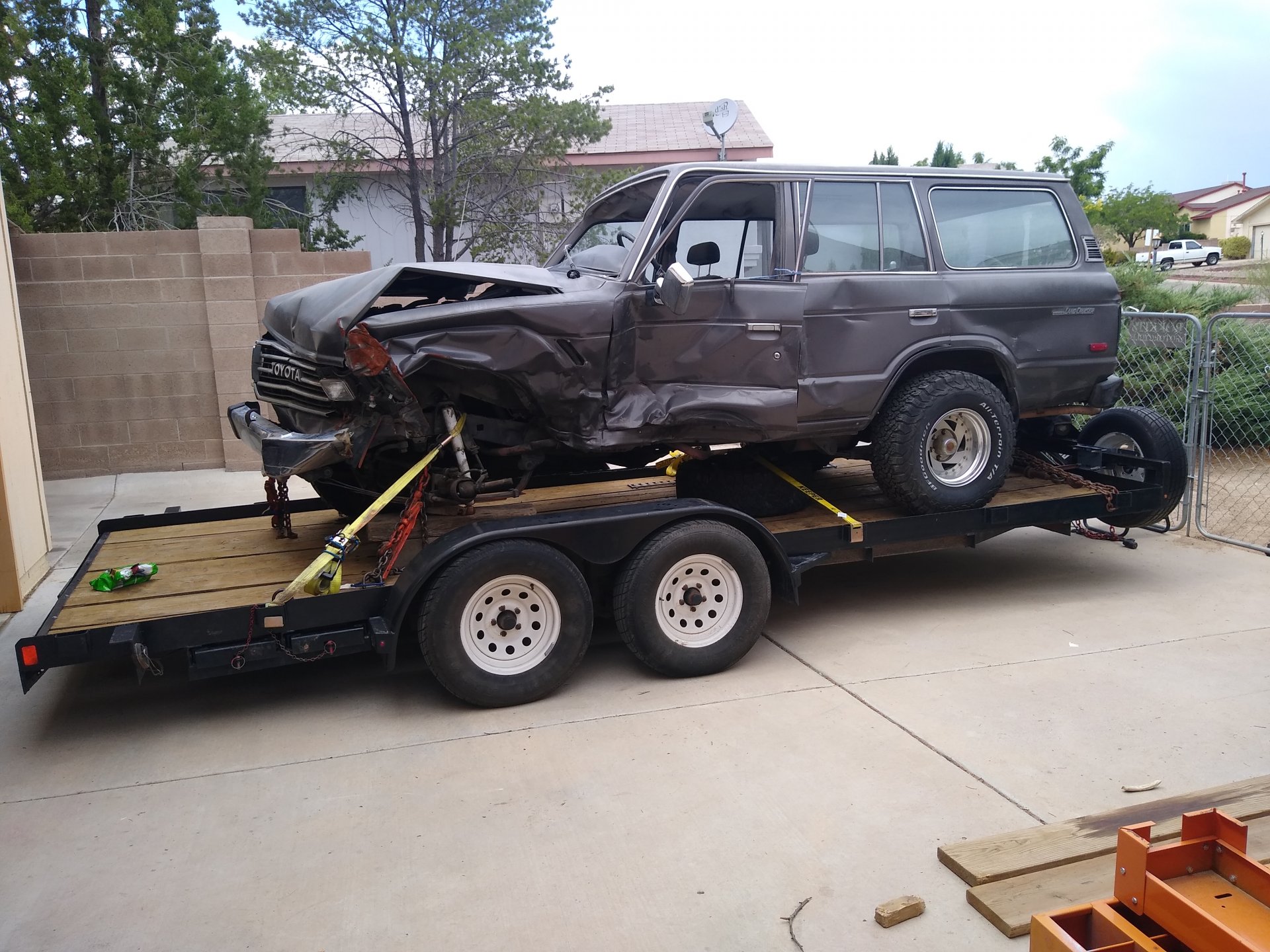 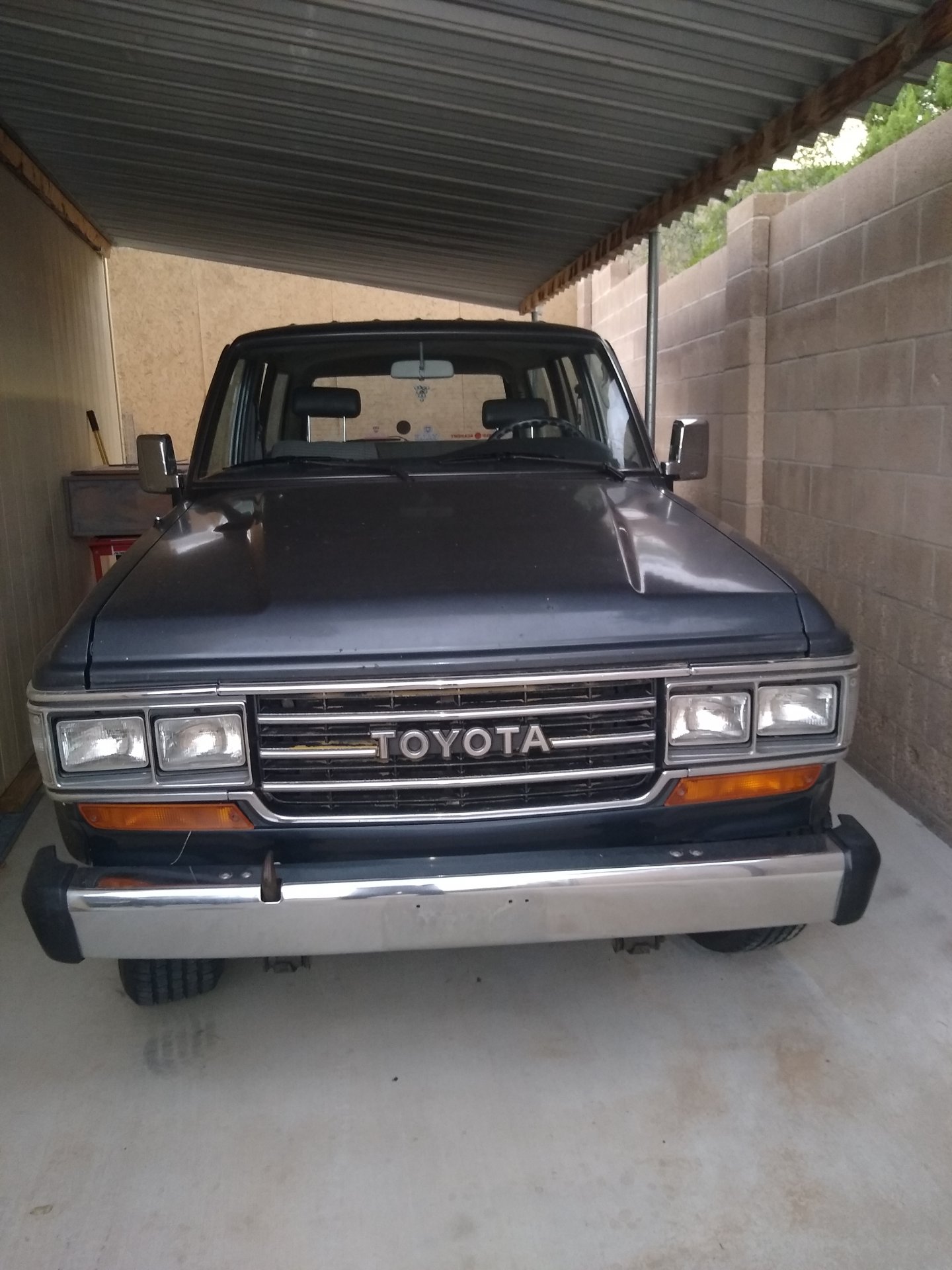 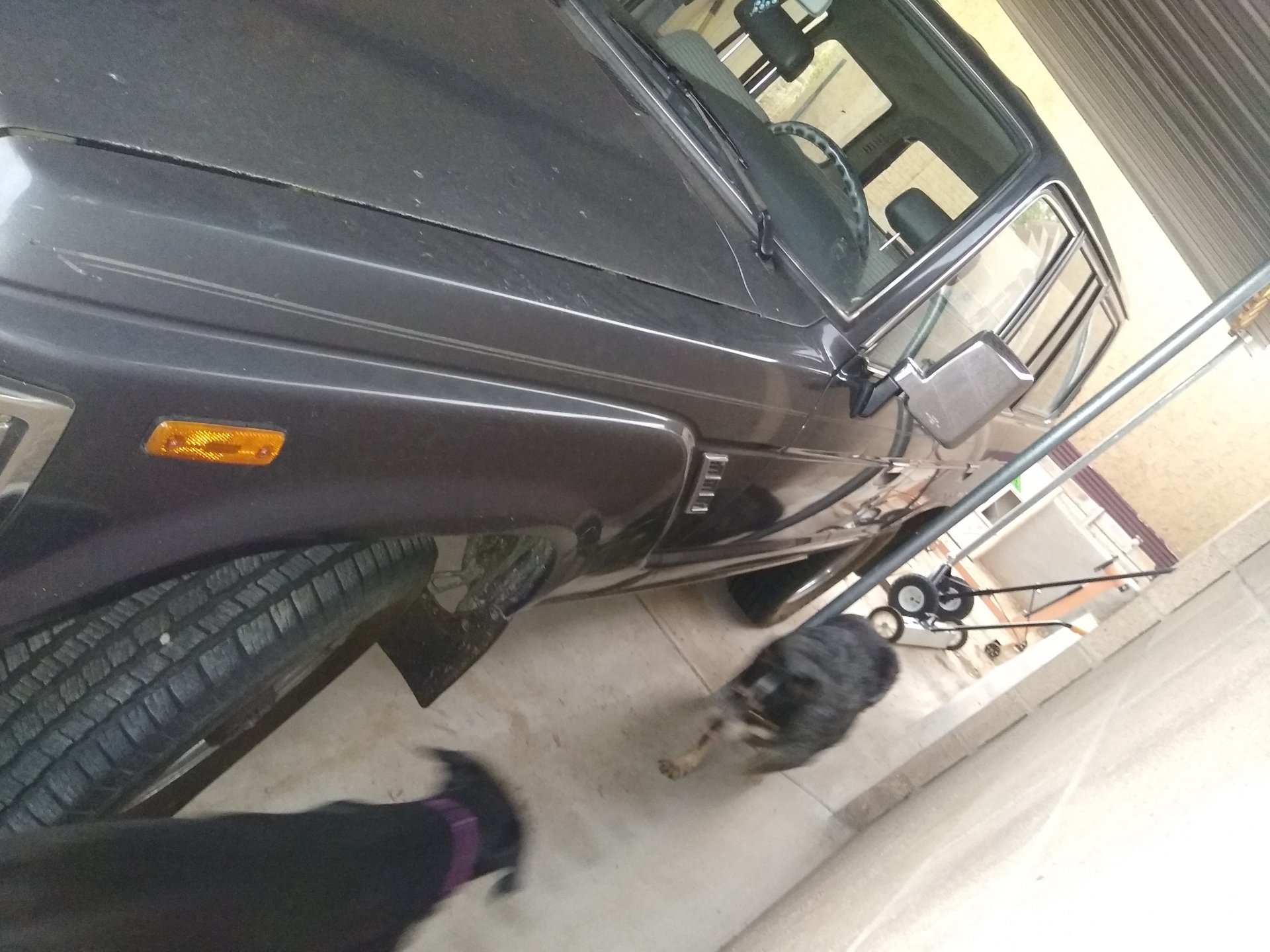 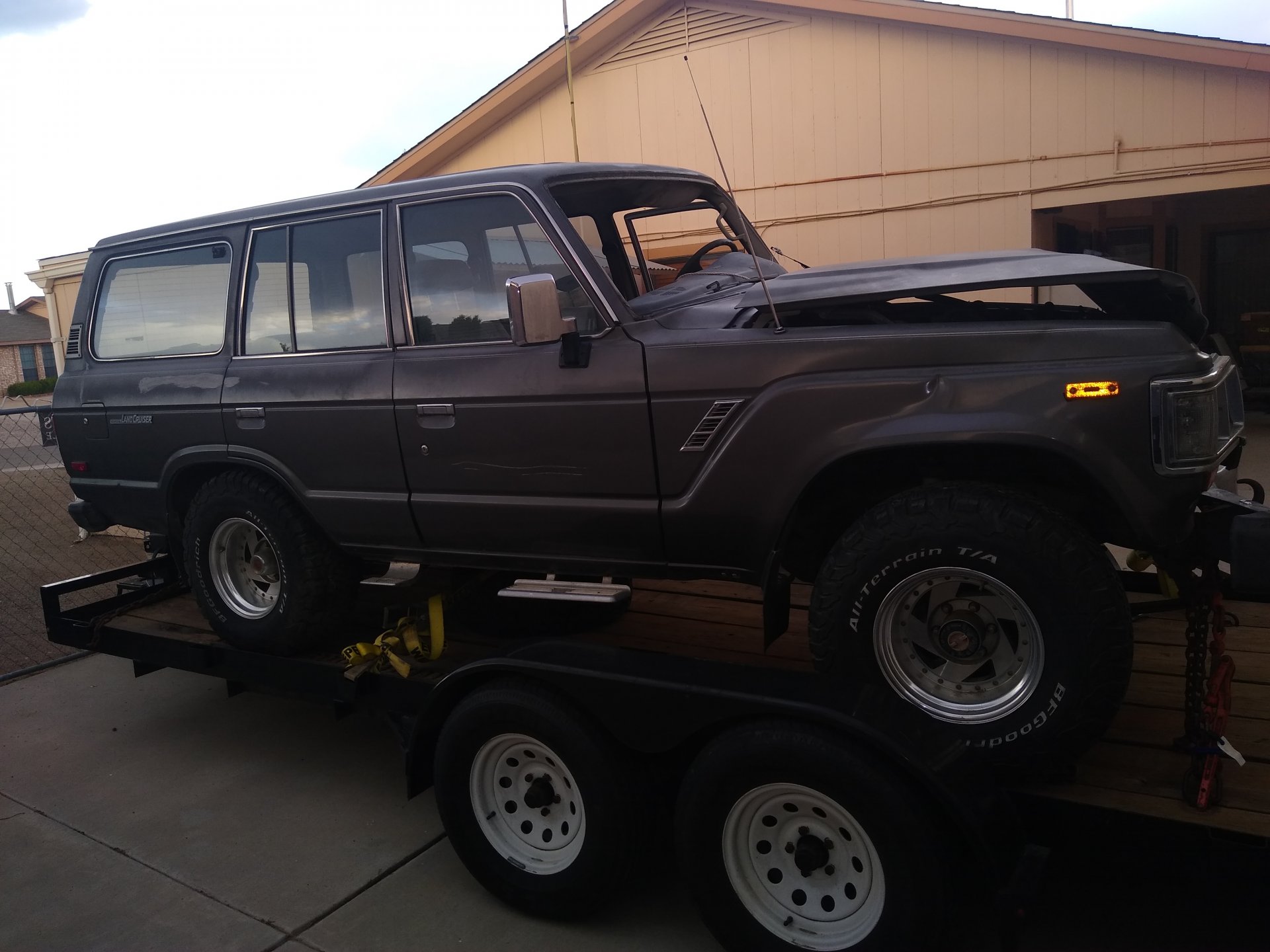 I'd run. They have noble ideas, but with the money involved, and what's available, it seems uninformed on their part. These vehicles are valuable for their original shape with up keep, or their updatedness. For the investment, it seems to me that you understand but they don't. Try to educate them or see how much their idea is worth. I don't know much, just saying. Great trucks, regardless.

I am not even going to address the litany of hours in the bodywork, swaps, engine r/r. On the A440, you are going to have nothing but problems finding a rebuilder. They are out there though and they come at a price. In the $6200 range, and that is rebuilt, not new. That is also SE USA pricing from early this year. Some folks have had success rebuilding them themselves. Others have not had the same success. It is a crap shoot. I hope these folks bleed money because this is not the truck to own for someone who does absolutely no wrenching themselves. Tell them you can knock the emblems off of the their truck and install them on a new 200 series for less money.

Awesome project, and cool that you are doing it for them. Thanks for sharing and definitely keep us updated!

I saw on ToyotaPartsDeal they have brand new A440 for around $3700. May be worth a look.

Thanks for the tip on the Toyotapartsdeal new transmission, I wasn't aware of that. Looks like I just need a new torque converter and that would essentially take care of that portion of the build. And to the aforementioned reply about the cost of a rebuild, I was aware of numbers like that, even another grand or more higher from somewhere far away. Sounds like the new unit would be the obvious choice, or am I missing something? I was quoted $3600 to rebuild the 3FE including all machine work and the master rebuild kit, 1 year/12,000 mi warranty. Still going to be a grip of money, but as of now, it seems to be the way the path is leading.
3

check with georg at Valley hybrids/ Cruiser Brothers, he has the valve bodies and may have entire trans??

Give Overland cruisers a call.
They may be able to rebuild your transmission.

Pros and cons on a CB rebuilt transmission vs a new Toyota unit, other than a minimal price difference? By the time you factor in the added labor and cost of returning the core +shipping, it's about a wash. CB does offer a ready to run package deal on the trans w/HD converter and t-case, which is surely convenient. The new Toyota trans for not include the converter and then the t-case still needs to be addressed.
You must log in or register to reply here.

H
19 Years old, never worked on a car before and got a HJ61... Looking for general guidance/resources

I just joined the 60 Family... Newbie Alert for Vancouver, BC