I hate to say it but I am out. My work schedule is slammed this week so I needed to be packed by last night. I mean everything needed to be done... It isn't.

Just a little background before you guys verbally abuse me . I recently bought a converted Bj74 LHD and decided to make an attempt to have it ready. Talked to Canadian Bum about it and thought, wouldn't it be cool to put the 4.88's and dual ARB's from the 70 into the 74. As well as put the ARB bumper, 24 V winch and 24 V ARB compressor in, 1" spacers and 35" super swampers. Once I opened up the 74, I realized I had opened up a can of worms. I was hoping for just a general swap and get to maintanence later. Grease broke down, seals gone, bearings gone. Basically all four hubs needed complete rebuild. Front brakes shot. I made it to about the 75% mark last night but don't have the parts or any more time. Ill probably have it ready mid next week but that doesn't put me in the bush with you guys. Even if I had the parts, I just don't have any more time with work and family obligations.

Any ways have a good time, look forward to the pics. Ill definatly make the next one.

That's too bad, but at least your rig will be in tip top shape for the next run.
E

Cant beat a guy up for that. Will do my best to take some good shots for ya!

You will be missed Dean.... Let me know if you need a hand to get that sucka' on the road. I'd be more than happy to come drink all of your beer!!! Apart from one small electrical glitch (somethings crossed on my roof lights) I'm packed and ready to roll, just have to pick up my snowshoes tomorrow!

You boys have fun, I'm halfway to Golden but would love to have another winter wheeling experience.

See you guys in the mornin'!

See you guys in a few hours.
E

Funny how getting up at 4:30 to take the toy out is somuch easier than doing it for work
See you guys soon

How was the trip?
D

it was good but we didn't make the falls

It was a good run considering we never left the road! We did make it to one of the entrances into Ruby, but it would have taken days to get in there. The snow was 2-3ft deep on the road, the ditches were deeper. Something let go in Johns front diff fairly early on, so with only 2 wheel drive we decided not to push for the trail head, but instead try to make it to Cadomine on the road. We only made about 20km till night fell. We made a small fire, drank some cocoa and went to bed. (after I fell in the urinal....) Had a great time with great company. Next time we'll get to the falls... 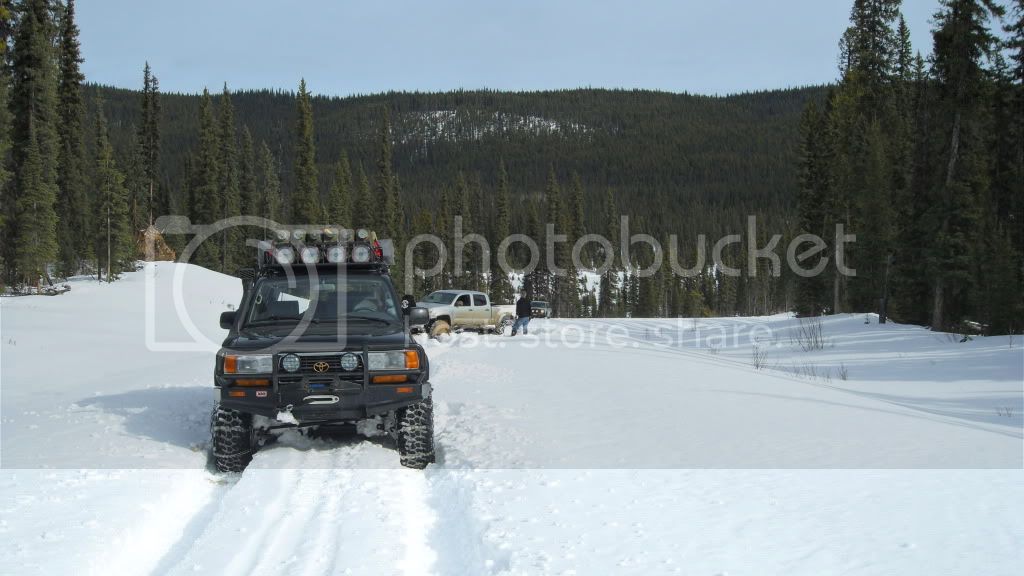 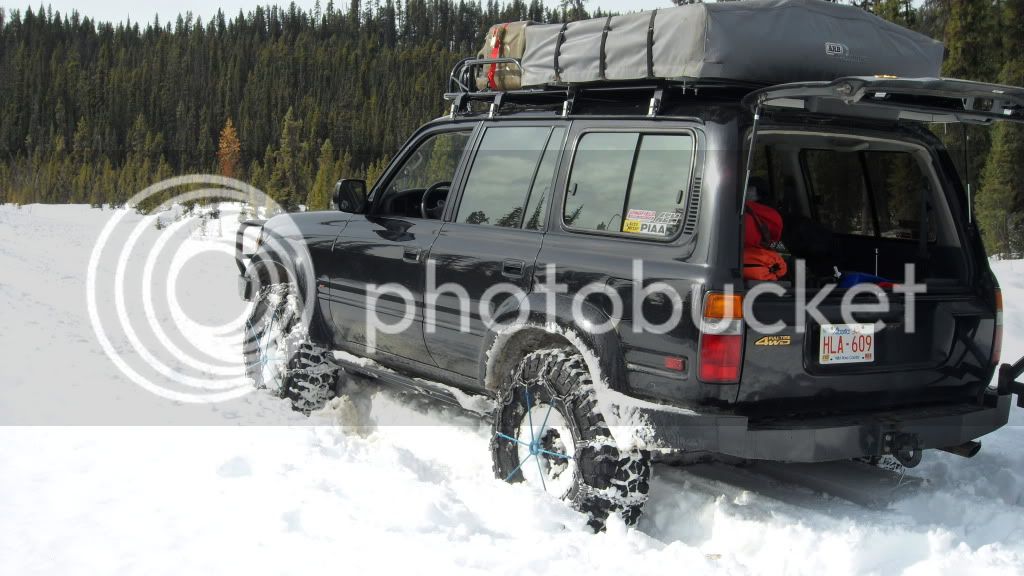 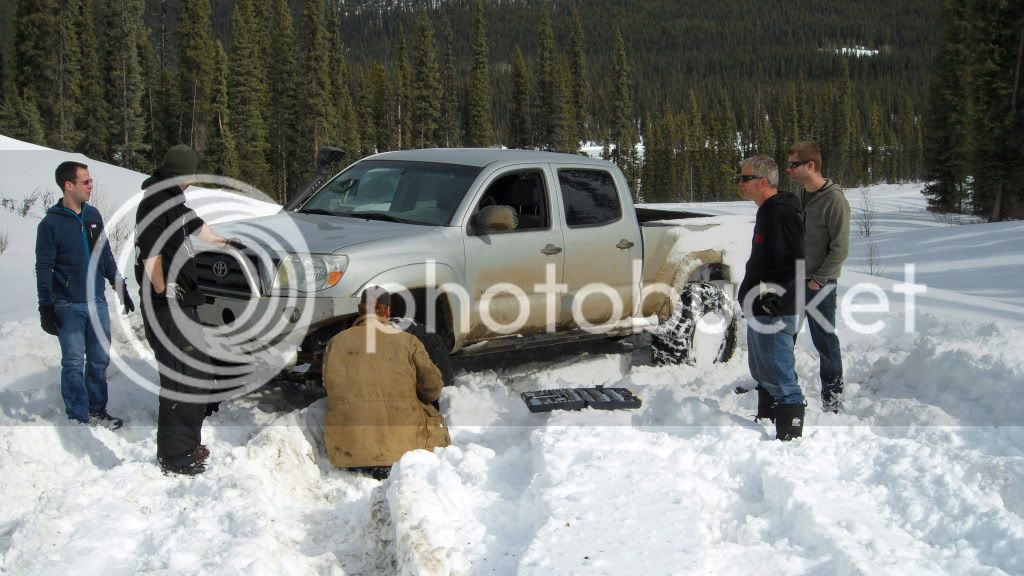 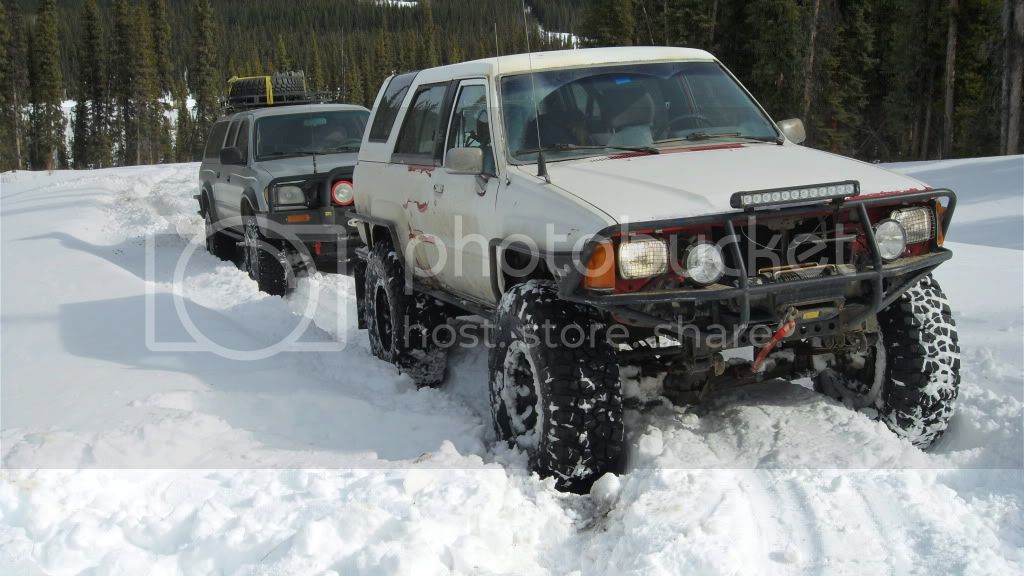 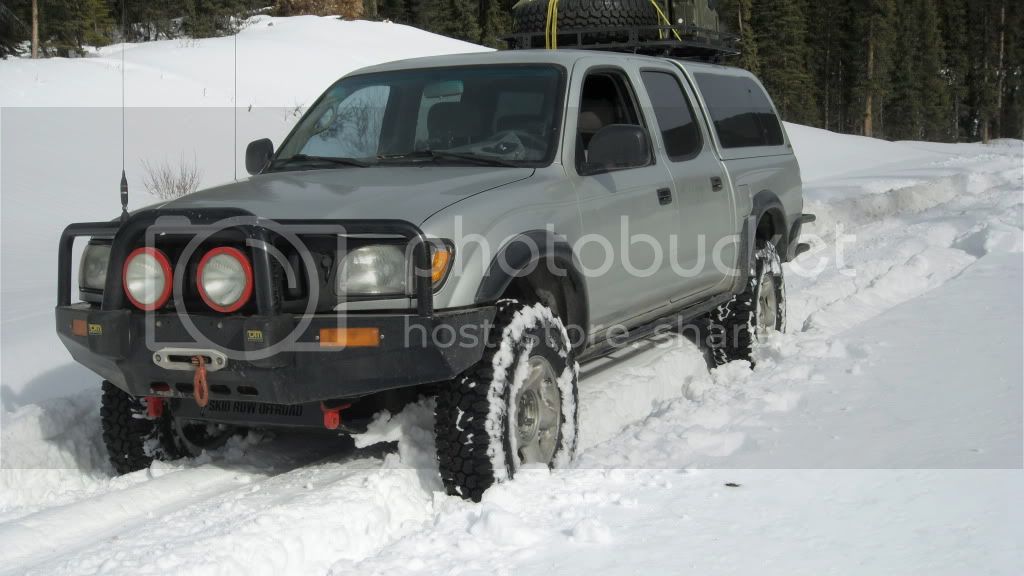 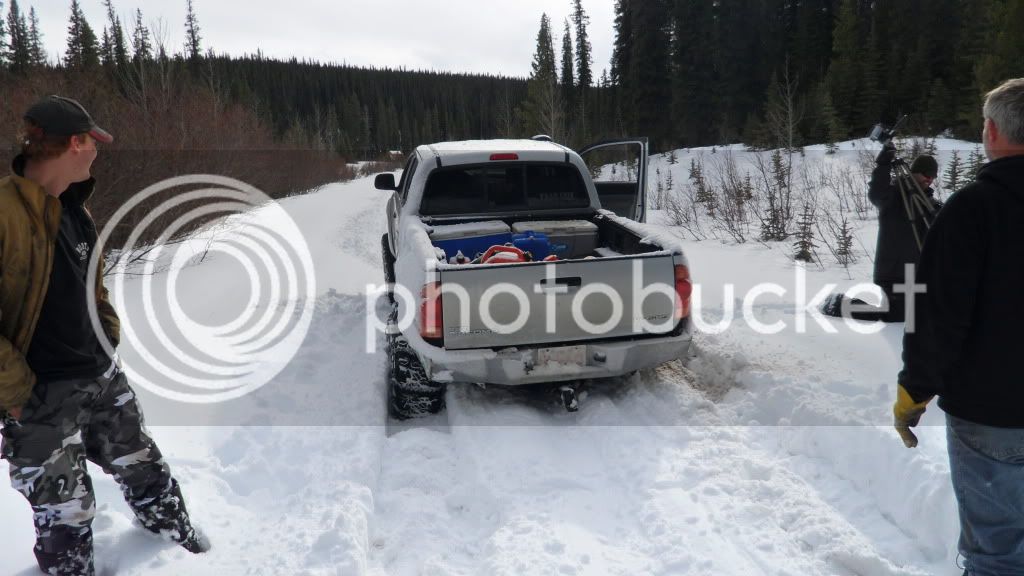 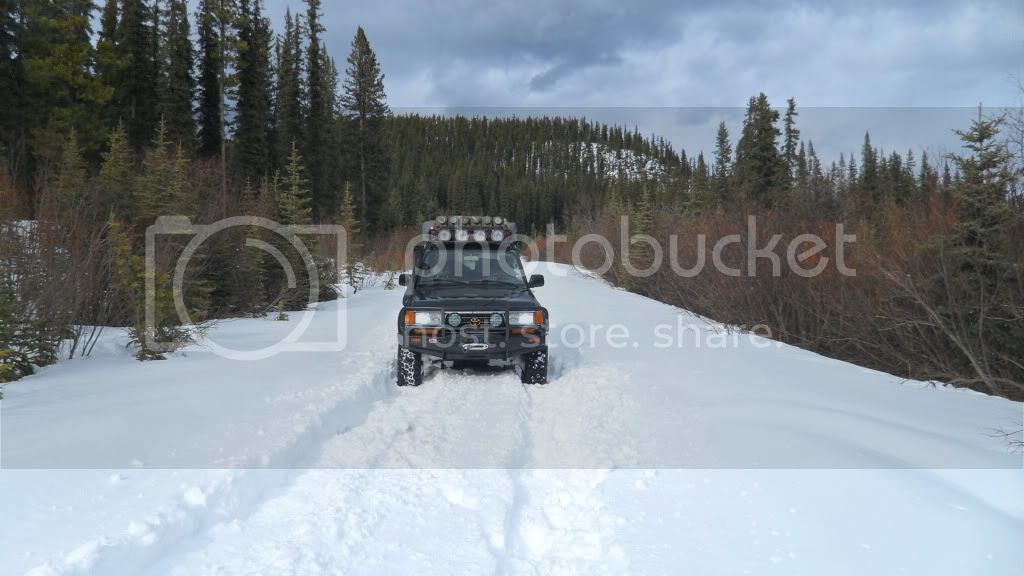 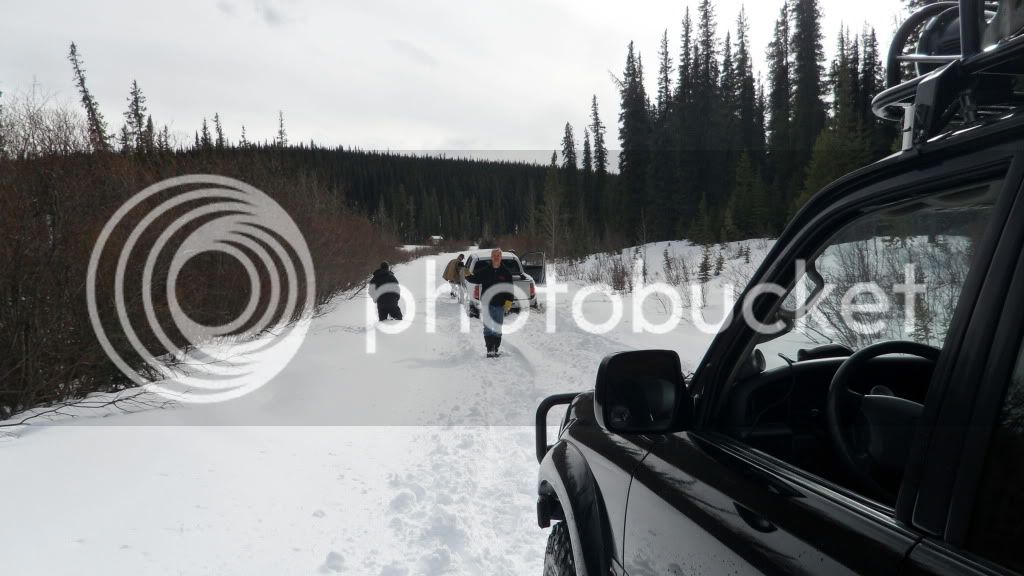 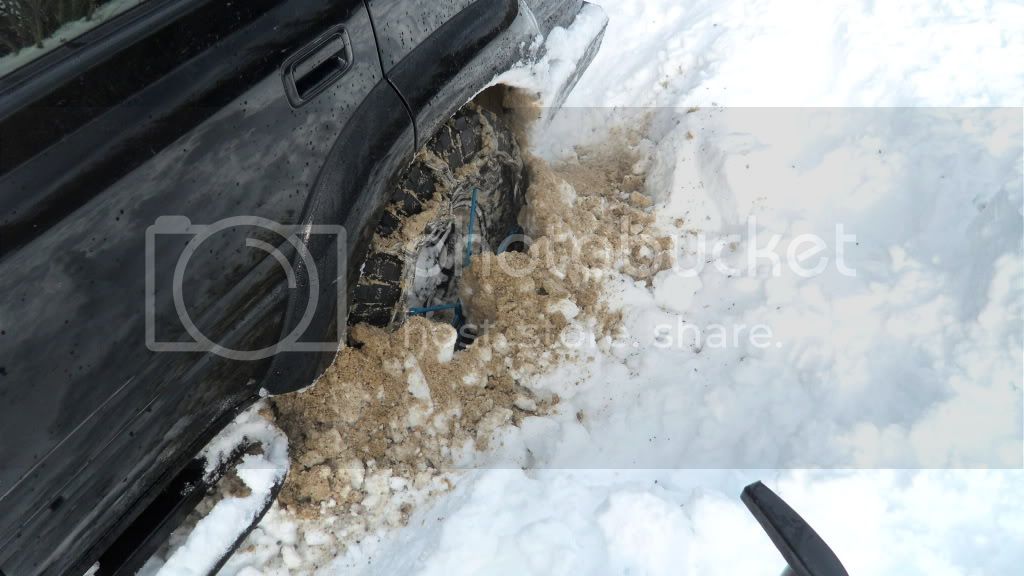 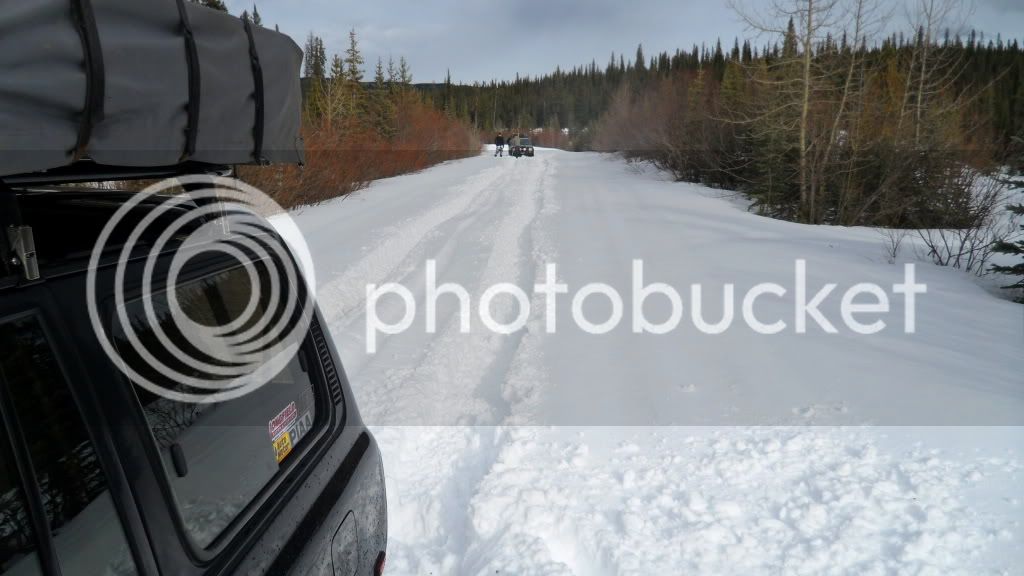 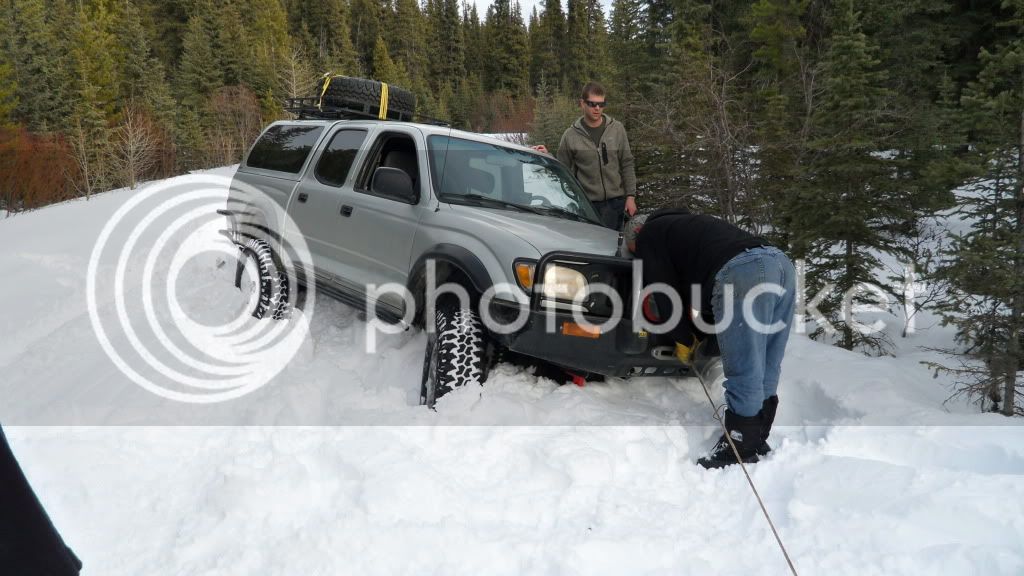 Agh, the rumours were true.
Too much snow.

I was doing fine till the front diff piled ha ha. Pulled the cover today and found that I stripped all the teeth off one of the spider gears. She will be back up and running for ice fishing in the same area this weekend. What can I say I'm addicted to the woods!

Toyota Adventure
You must log in or register to reply here.