I am creating a build page to document the build of my ex-Japanese fire truck. It is a 2002 HZJ79-TJMRS3 (cab chassis for fire truck duty).
My search began for a HZJ77/76 since a 4 door Cruiser was necessary, but with the current market going absolutely crazy I couldn’t find a clean unit for a reasonable price. I saw this truck hit the auction before, but it failed to sell. I finally decided to bid on it when it went back to market. I purchased the vehicle at the end of August, many delays later it arrived to port in Yokohama at the end of September. Truck finally sailed and arrived in BC mid-November. Since Covid the port rules became strict, that only authorized people are allowed to pickup landed vehicles. Ben at Fraser Valley Imports picked up the truck and stored it for me in the meantime. Here is the truck still in Japan. 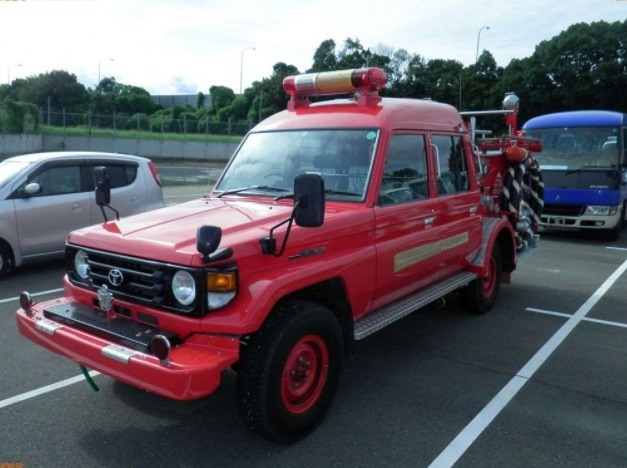 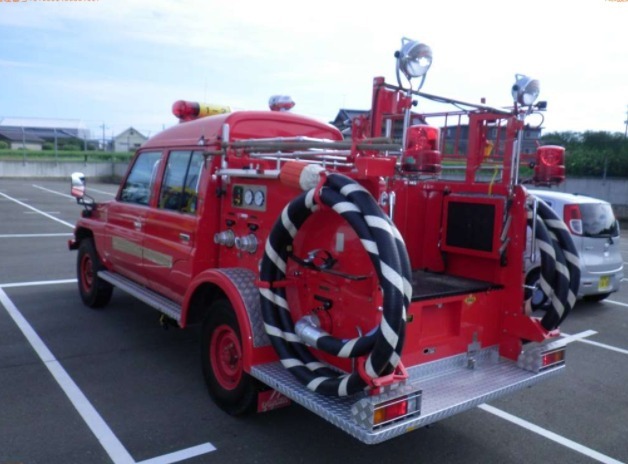 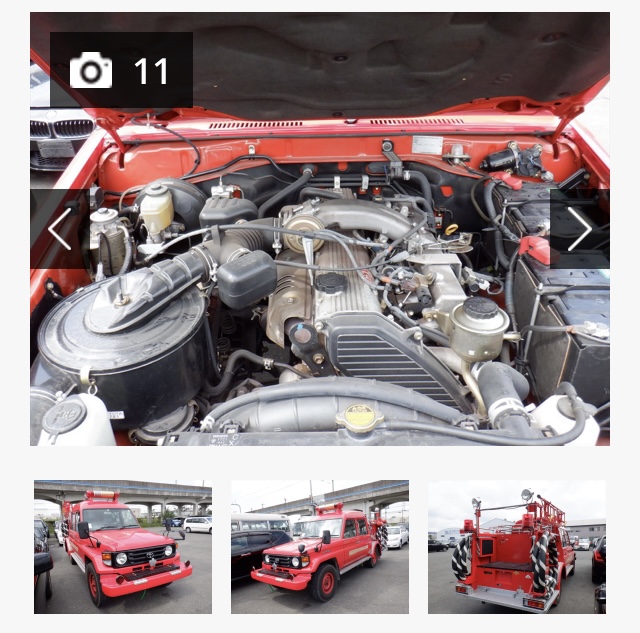 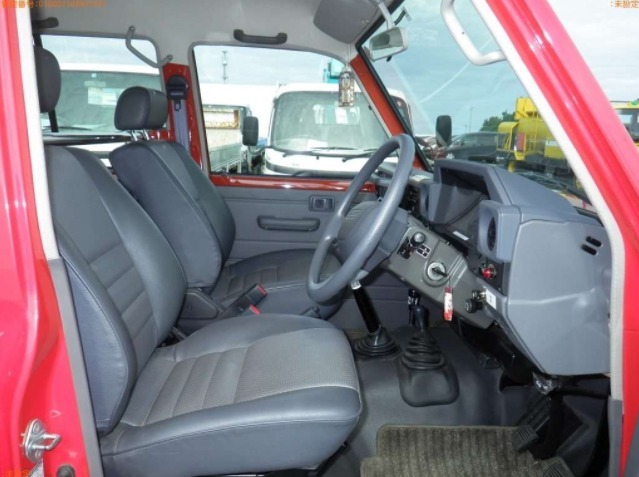 A several day long rain storm passed through lower BC, causing extensive damage to critical transportation routes. All non-commercial traffic had been banned as BC worked extensively to re-open and assess damage of the highways. This emergency had caused another delay in my ability to retrieve the HZJ79. I waited for over 3 weeks, awaiting changes to the road ban for public use, but several winter storms and landslides further delayed the process. With Christmas holidays approaching I decided to just go and retrieve the truck before another winter storm hits the area. So my 1200 km journey through several mountain passes begun.
After driving over 18hrs in the past 24hr, I finally arrived in Aldergrove BC and saw the 79 for the first time.
Quick drive around the block before loading the trailer, made the entire process worth it! Truck literally feels like it just left the assembly line yesterday. Everything is tight, the frame looks impeccable and the ride from the coils is leaps and bounds better than any of my leaf sprung Toytota’s.
I was curious how much I now weighed with the Cruiser in tow- scales said 7,400 kg (16,300 lbs). 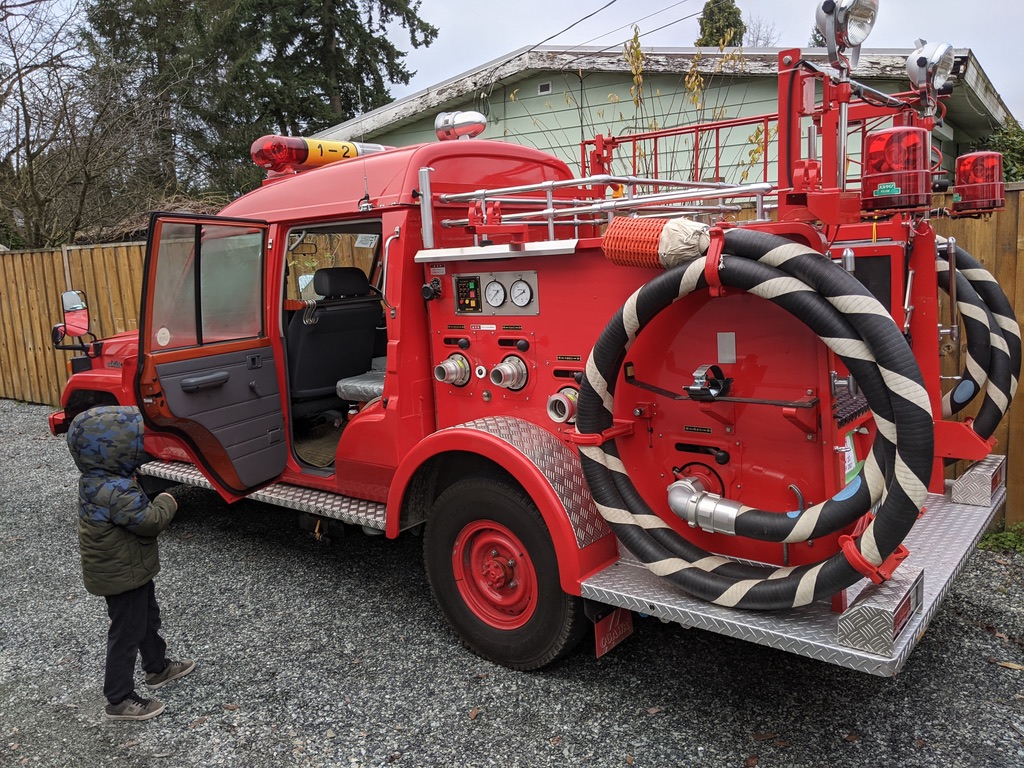 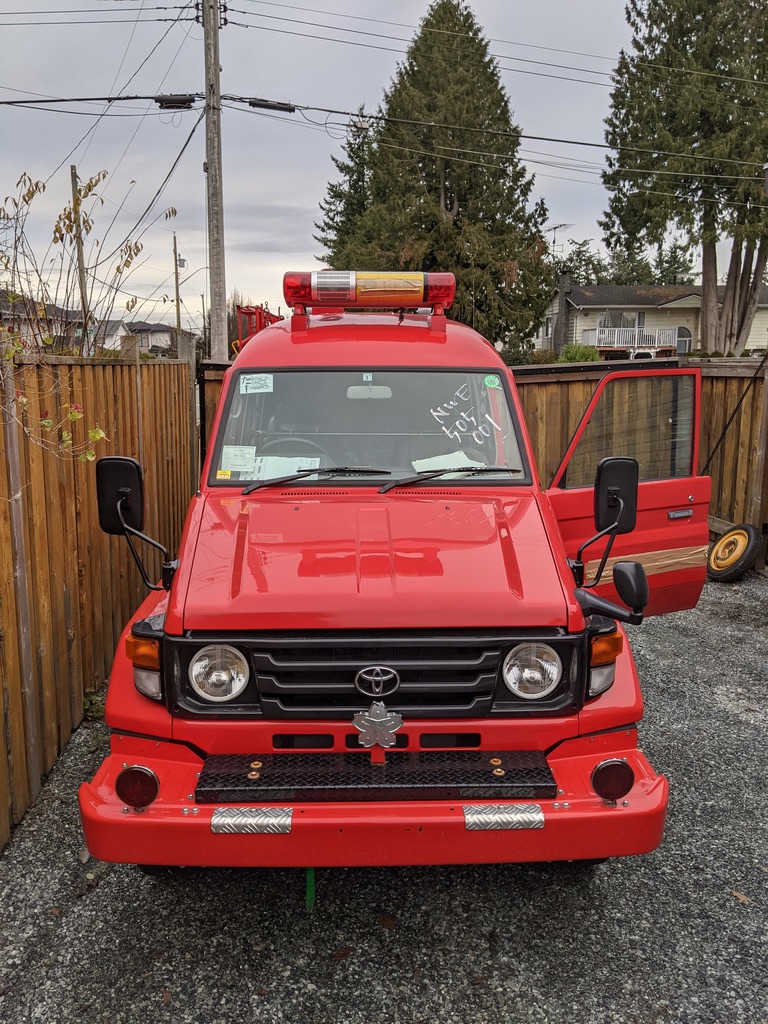 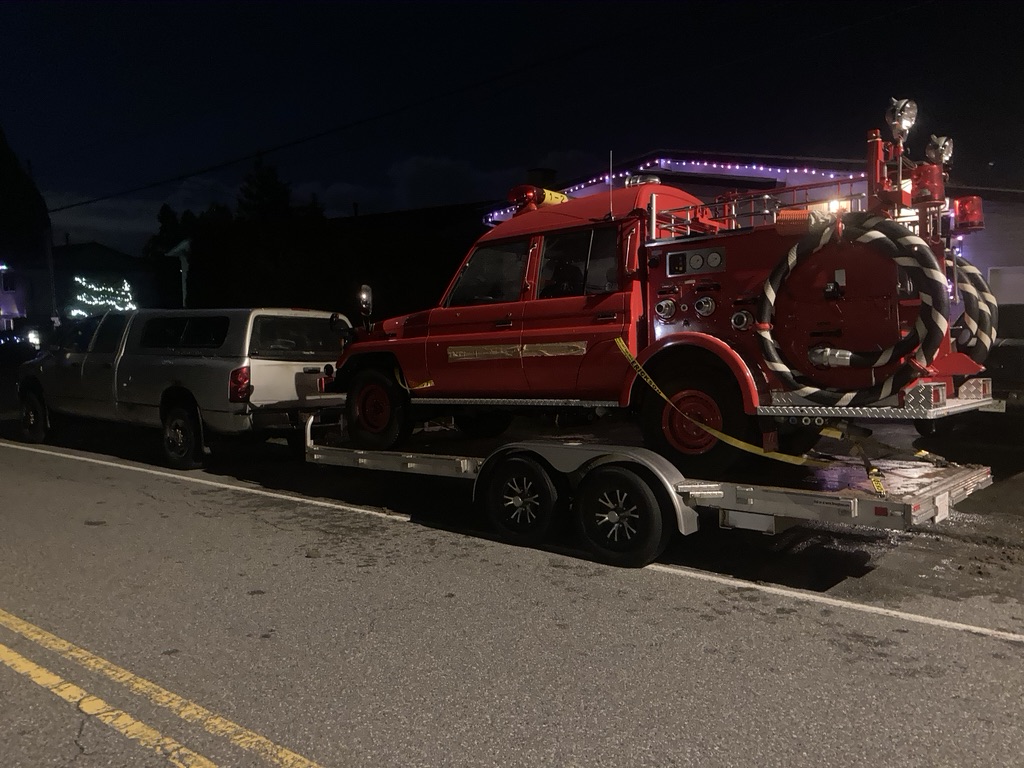 VERY CLEAN LOOKING. You made the right decision. Dual cab 79 series are the in thing in Oz because of their versatility.

All loaded up, I felt good and decided to make a big push to get away from the congested highways. Temperatures began to drop again, I enjoyed a balmy 5C in Aldergrove, and saw -22C on the mountain passes. The poor 79 had probably never been subjected to such harsh conditions before. I made it home after a total of 2500 km driven over a span of 48hrs. My windshield washer fluid had frozen upon inspection at home, guess it was summer grade.
It was the start of a -35C cold spell in Edmonton soon after arriving back. 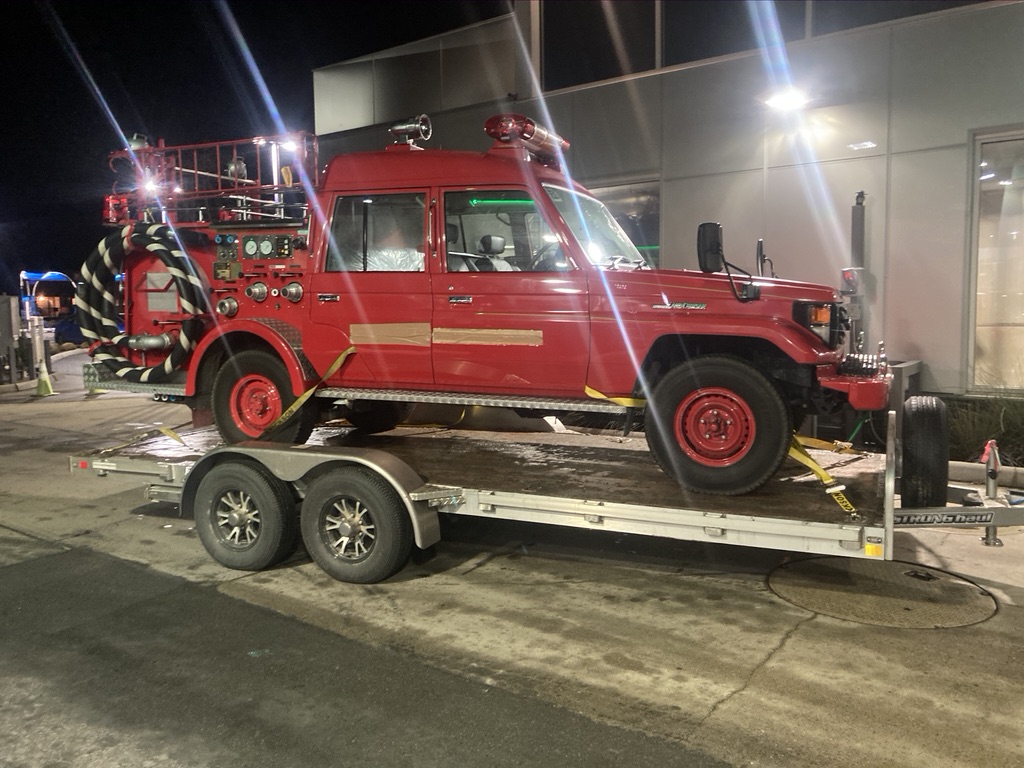 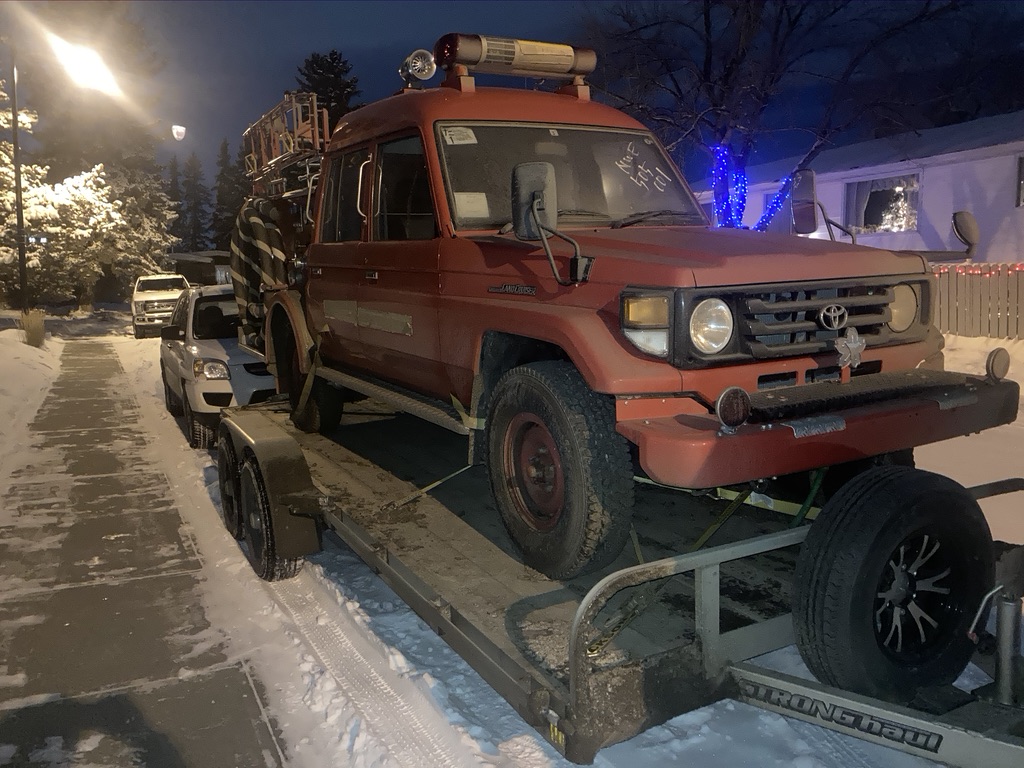 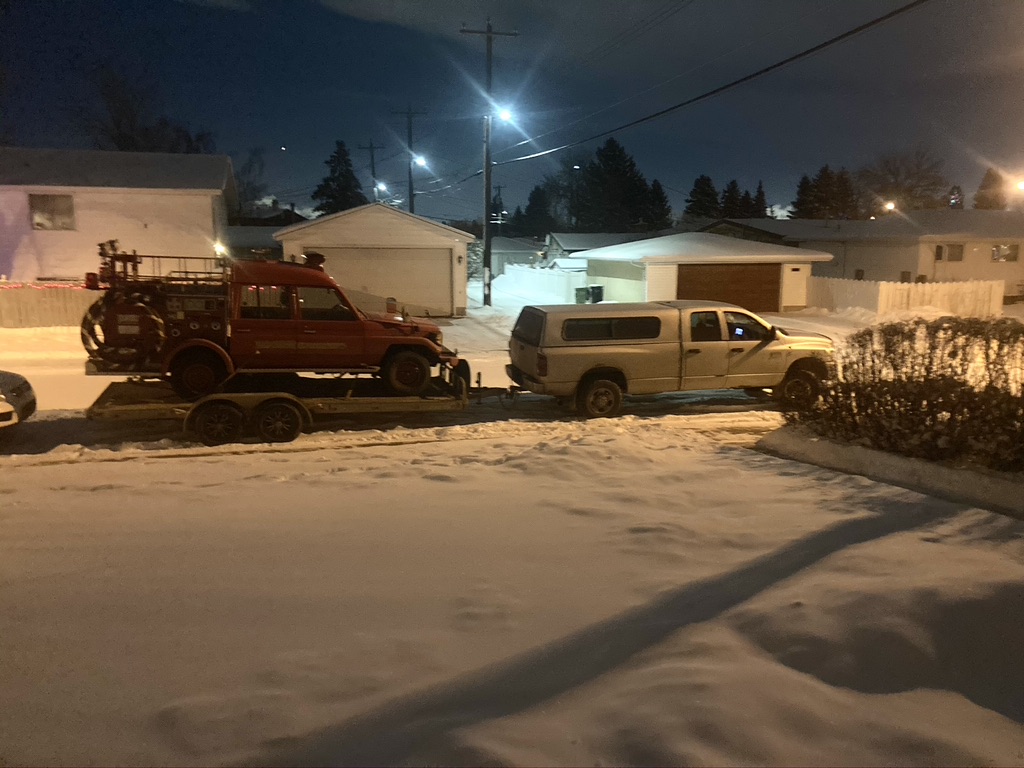 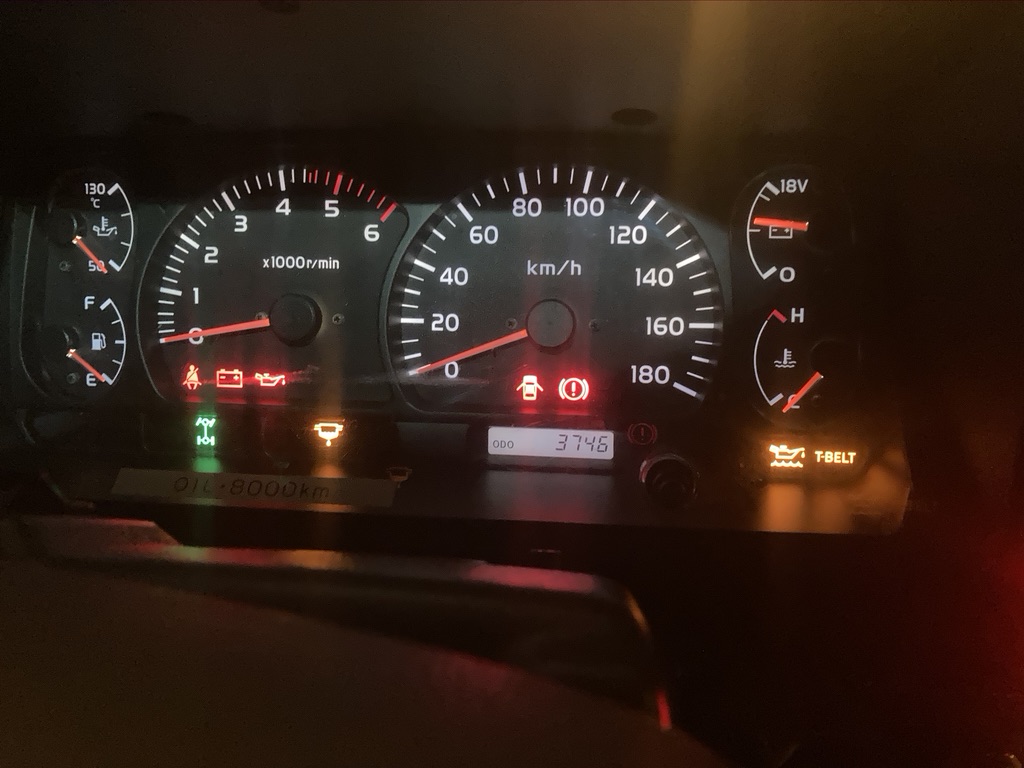 Got the truck unloaded and took it for a drive to get some fresh winter grade diesel, since it was full on winter here. With the washer fluid frozen, that was the first thing on the list to thaw and empty. I went to a remote area of town to play with the extra goodies that arrived with the truck (usually the lights & siren get stripped). Also a trip to the spa to get rid of all that road crap picked up on the highway. 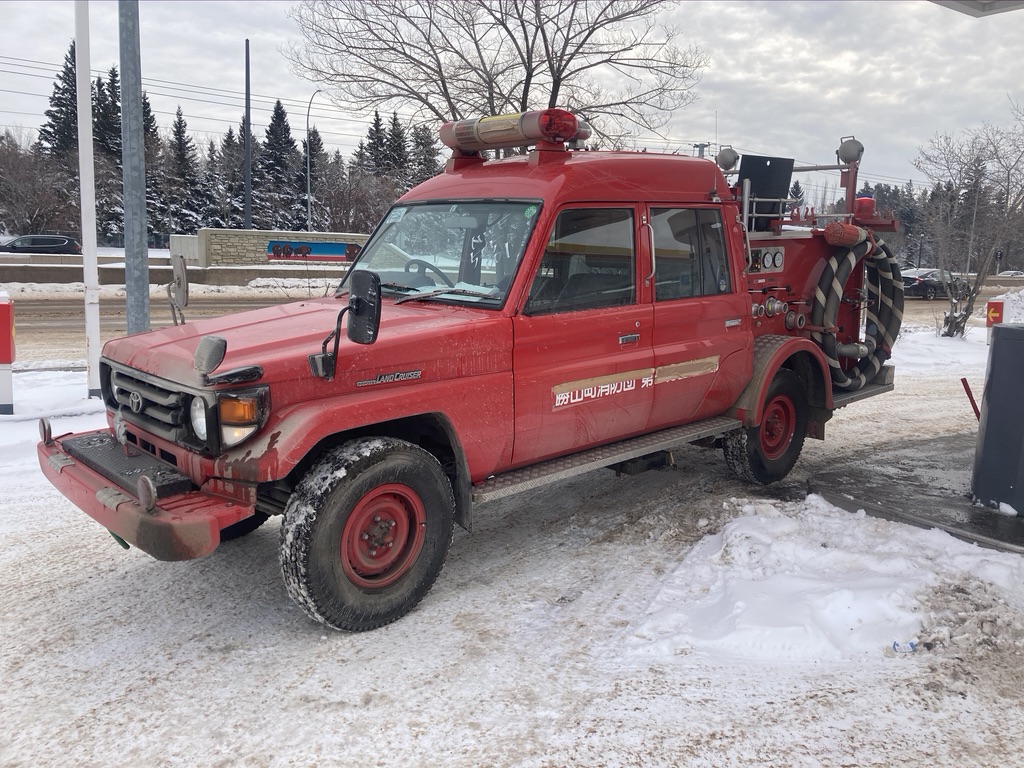 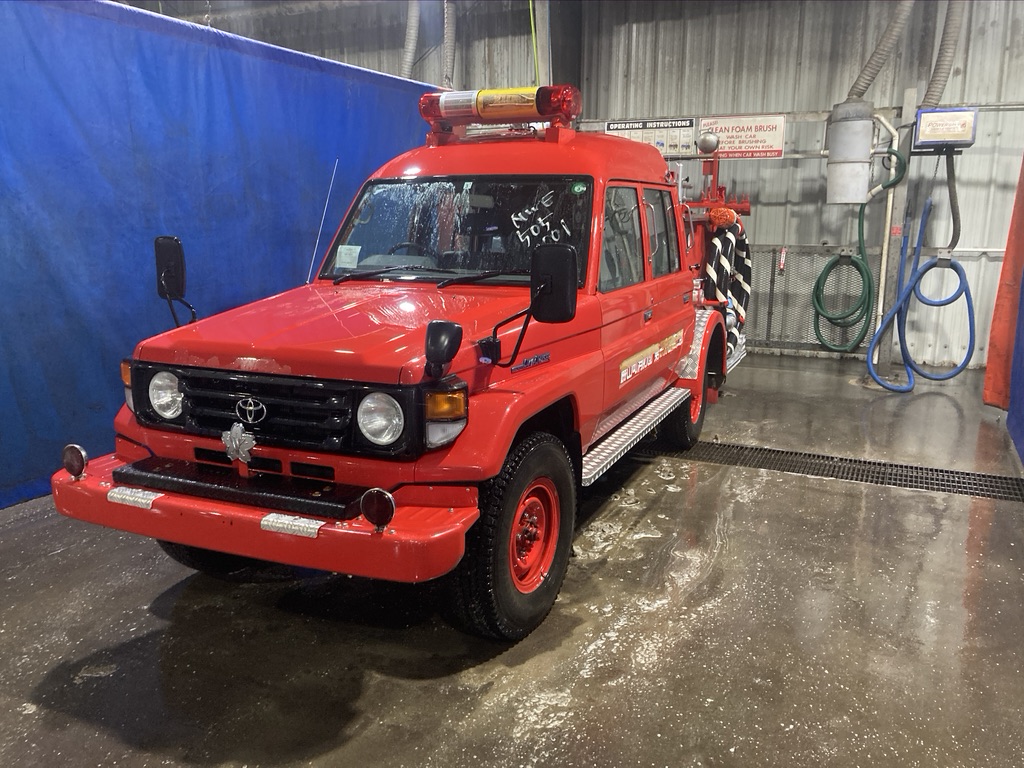 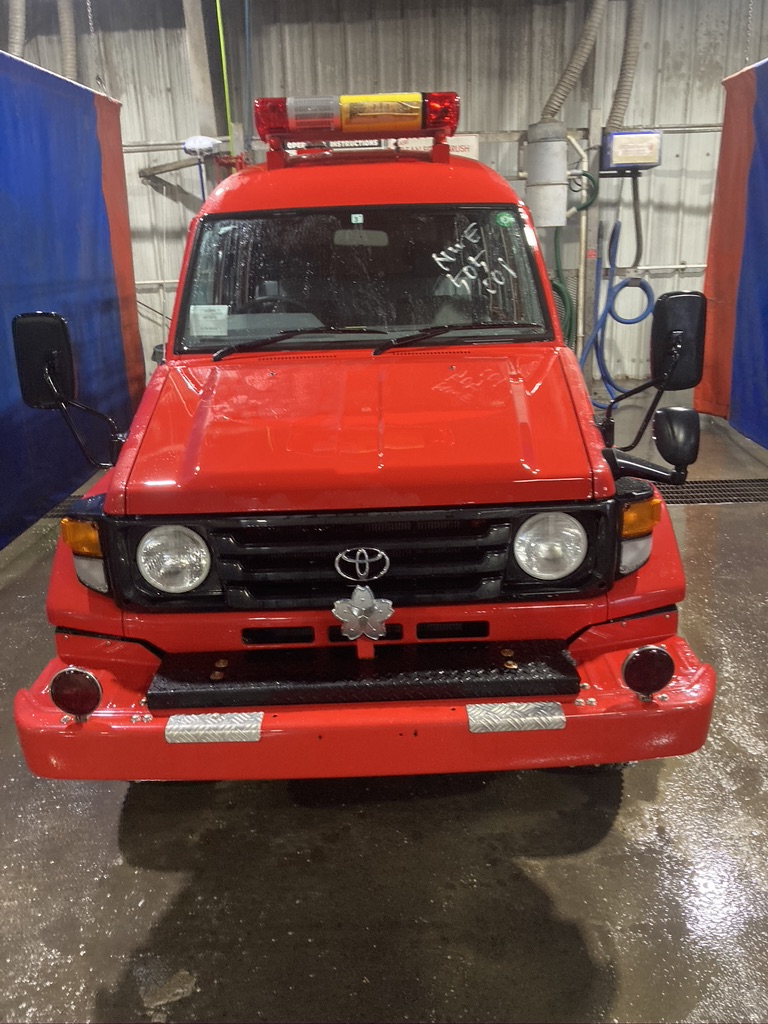 are you making a flatdeck for it?

simonliew said:
are you making a flatdeck for it?
Click to expand...

Yes, that is the plan. Ralf at Summit Expedition Trucks is designing a "Ute" tray for it.
Initially I was going to use a take off box, but they are a little too short and don't check all the boxes for me.

I managed to get the truck inspected and plated before the Christmas holidays. The temperatures then dipped to -30 / -35C shortly after and the cold made a few things a priority. I was surprised the batteries from Japan worked for a little bit, in these temps...and then they didn't. I pulled them out to get them load tested. It was time to find some new Group 27 batteries, thankfully a local battery dealer had some in stock with the correct terminal post orientation. I retired the Yokozumas and took the opportunity to wrap the new batteries with some battery blankets. 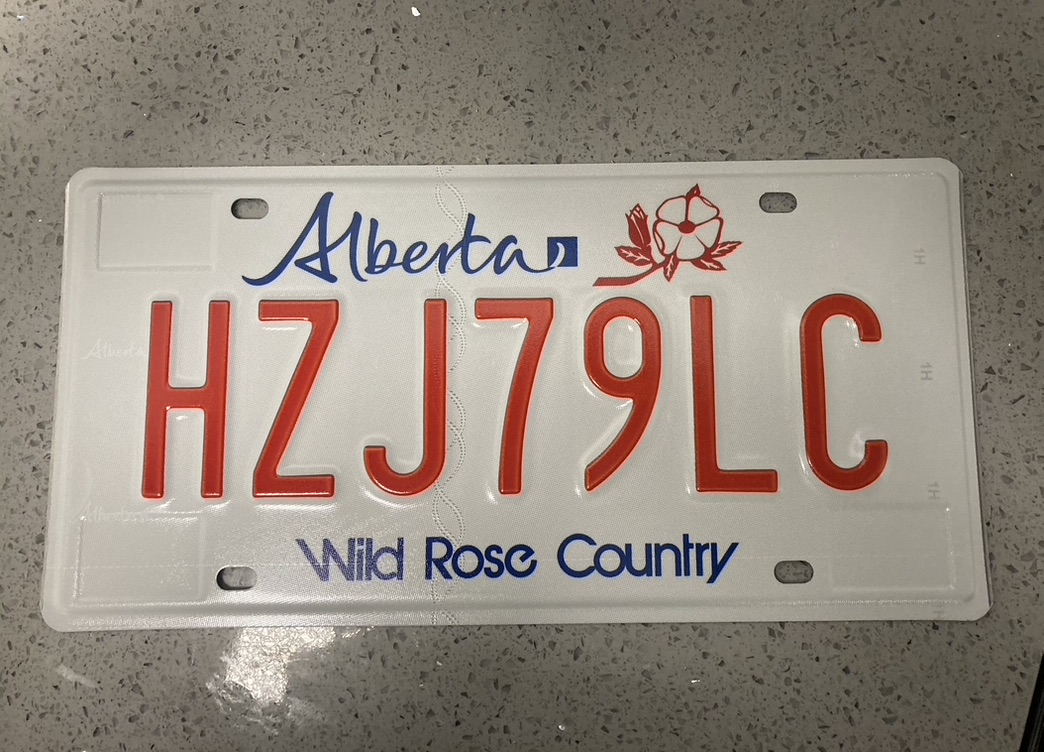 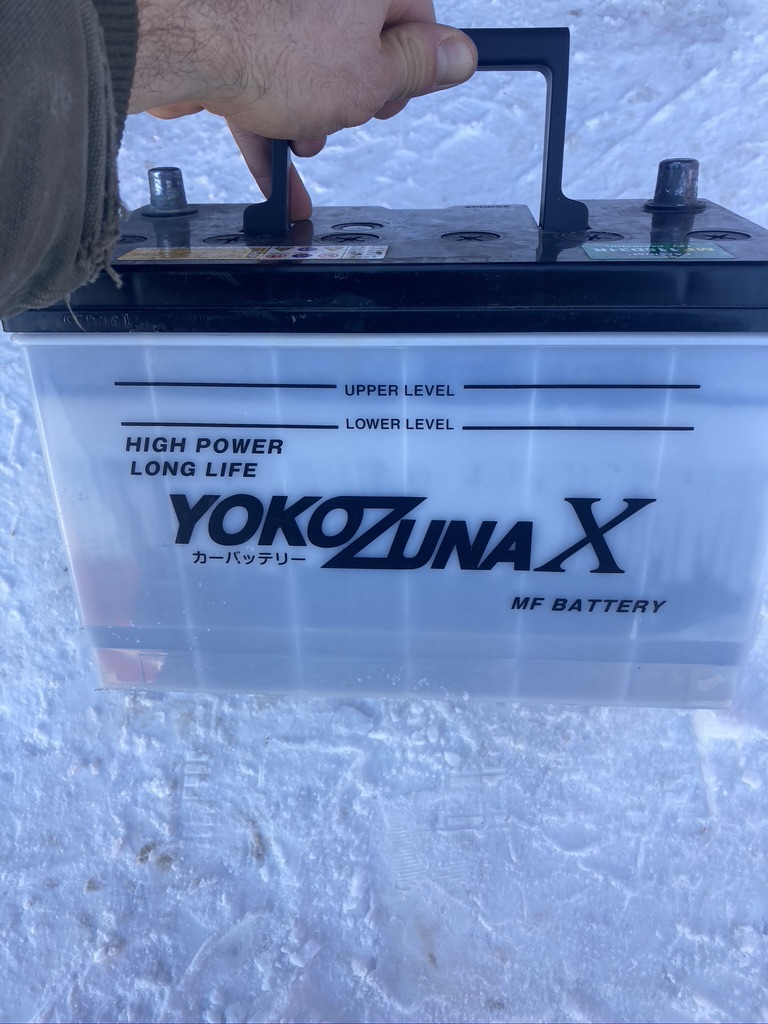 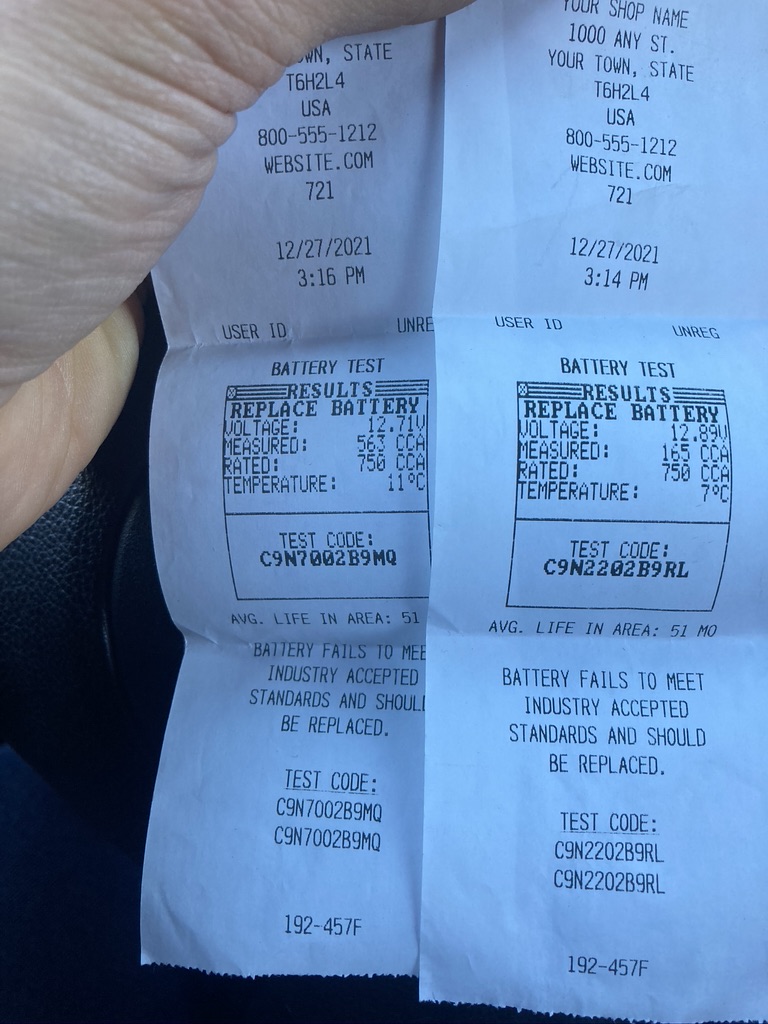 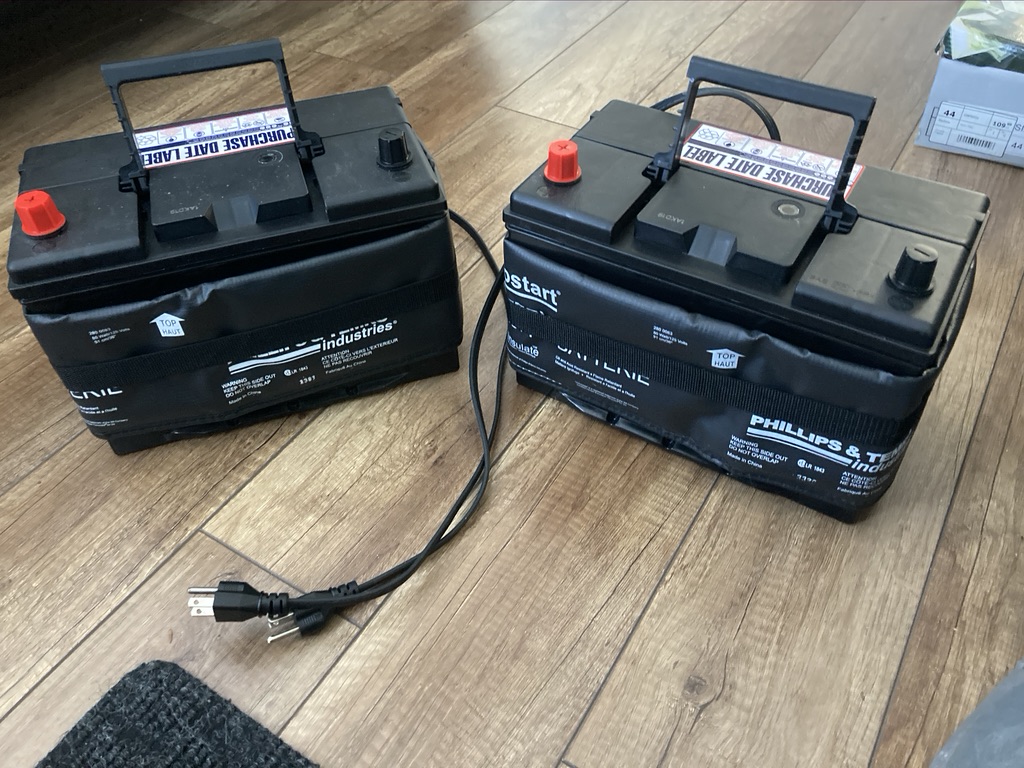 Batteries were stronger than ever, and managed to crank the motor in the cold temps....but still no start.
I figured the diesel had gelled, I had only run 1 full tank in the truck since it arrived. Off to the store to find whatever products that were available on the shelf - since so many had been sold with this cold snap. A neighbor passed by and offered his heated garage for a few days if needed. We hooked on and towed the 79 around back, then hand winched it into the shop. With the siren still attached, the truck barely cleared the garage door weather strip. Four hours of thawing at +5C the 1HZ started up without hesitation. 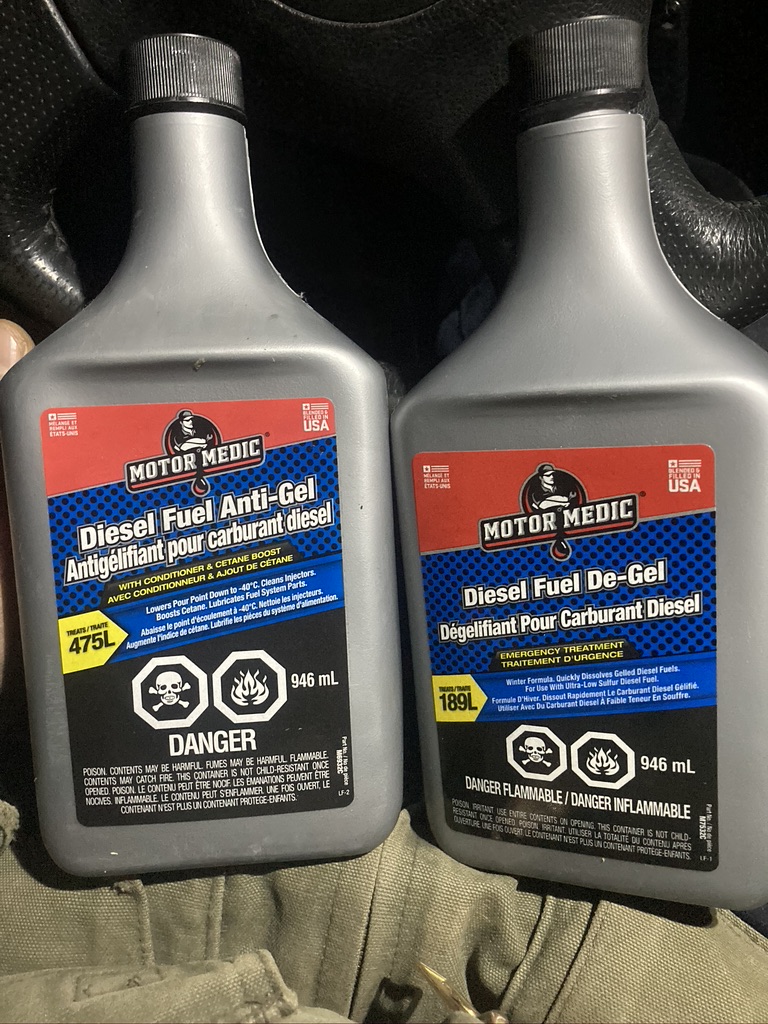 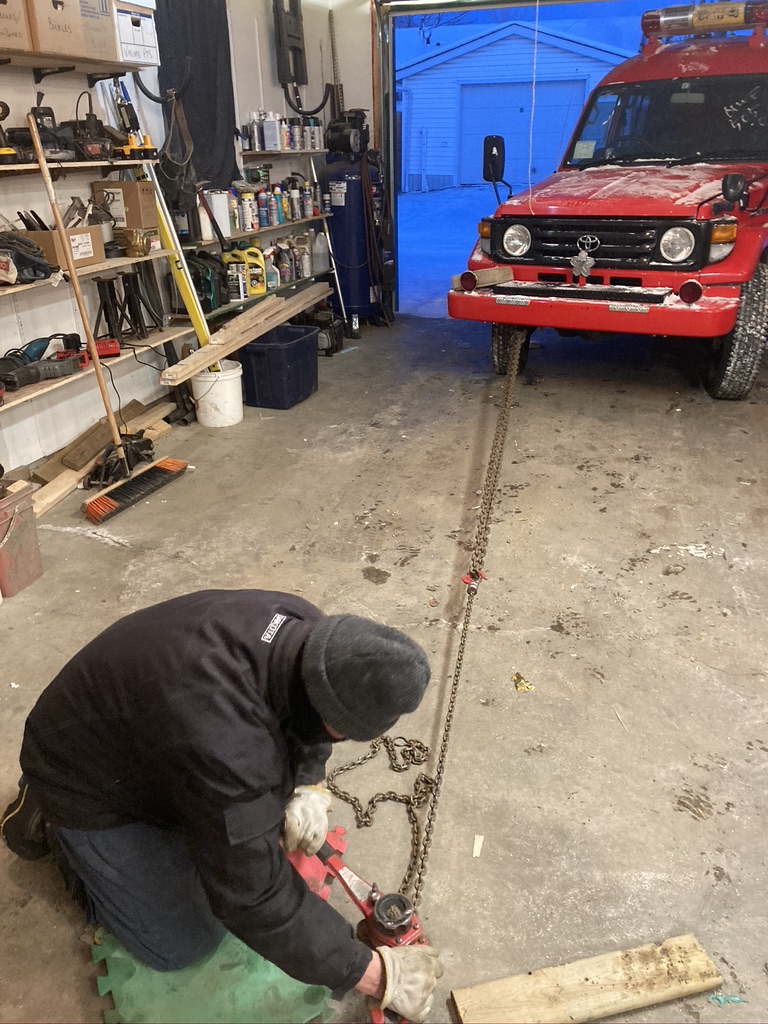 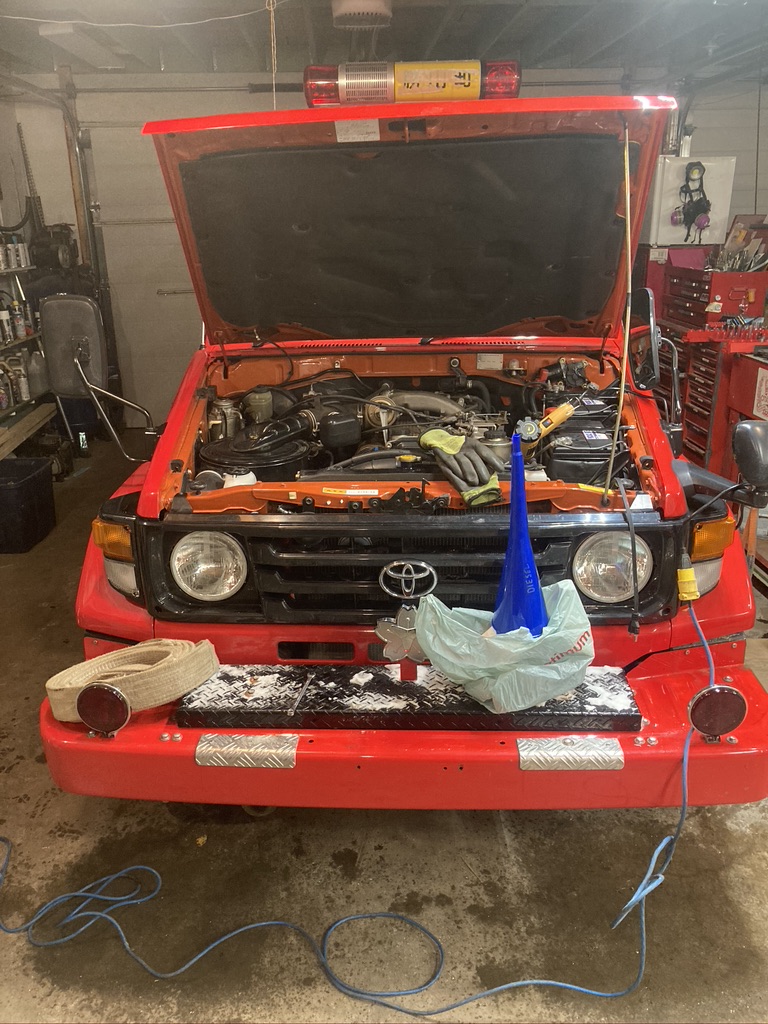 Next on the to-do-list was coolant. I checked the coolant strength and it was only -30, not good enough for me! Having a nice warm shop to work in, I began draining the old coolant, and getting rid of the extra cooling reservoir / piping installed for keeping the motor cool when parked whilst pumping water. I did a little part diagram scouring, and found my radiator to be different than a regular 79 rad. There is a small diameter hose outlet on the left side that connects to the piping hidden under the front bumper. A regular bottom rad hose fitting a 70series replaced the maze of hoses that came with the truck. This truck also came with an extra oil cooler housing that sits below the oil filter, it has 2 openings for coolant to pass trough. I drained the coolant from it and plugged the hoses off for now- unsure what I will do with it in the future. I had to remove the center section of the "front-porch" bumper in order to remove the coolant reservoir tank, and found a solid piece of Aichi steel acting as a front counter-weight - no official weighing of it but it felt like over 60kg. It even has a part number and retails for a mere $1200 on Amayama 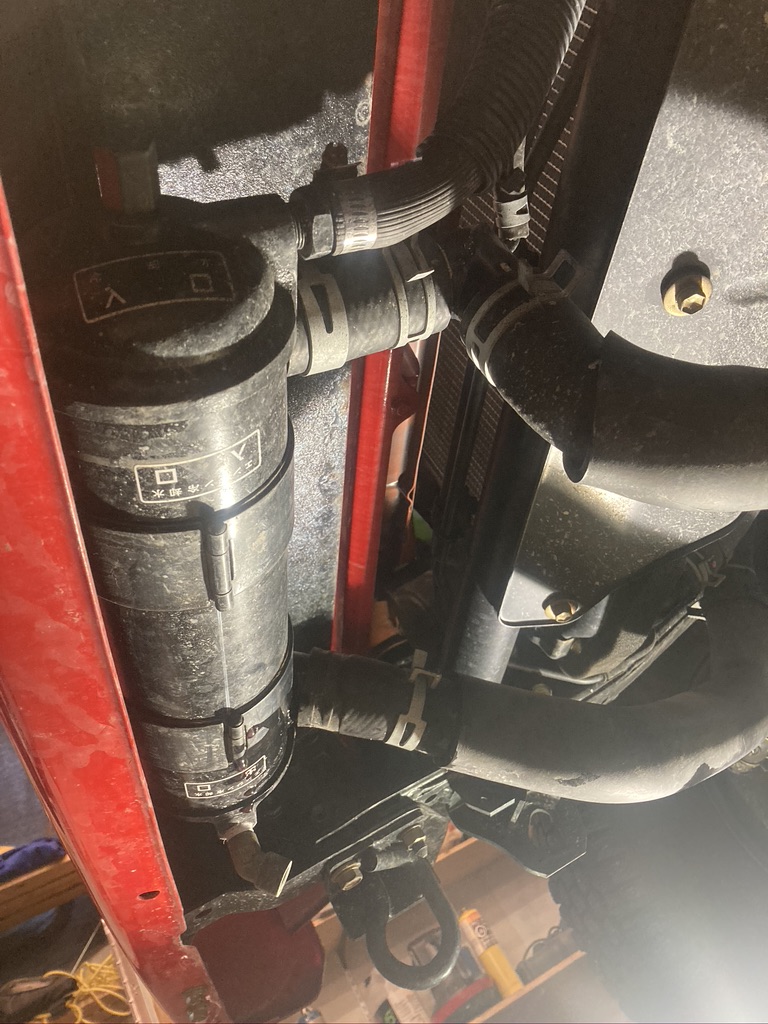 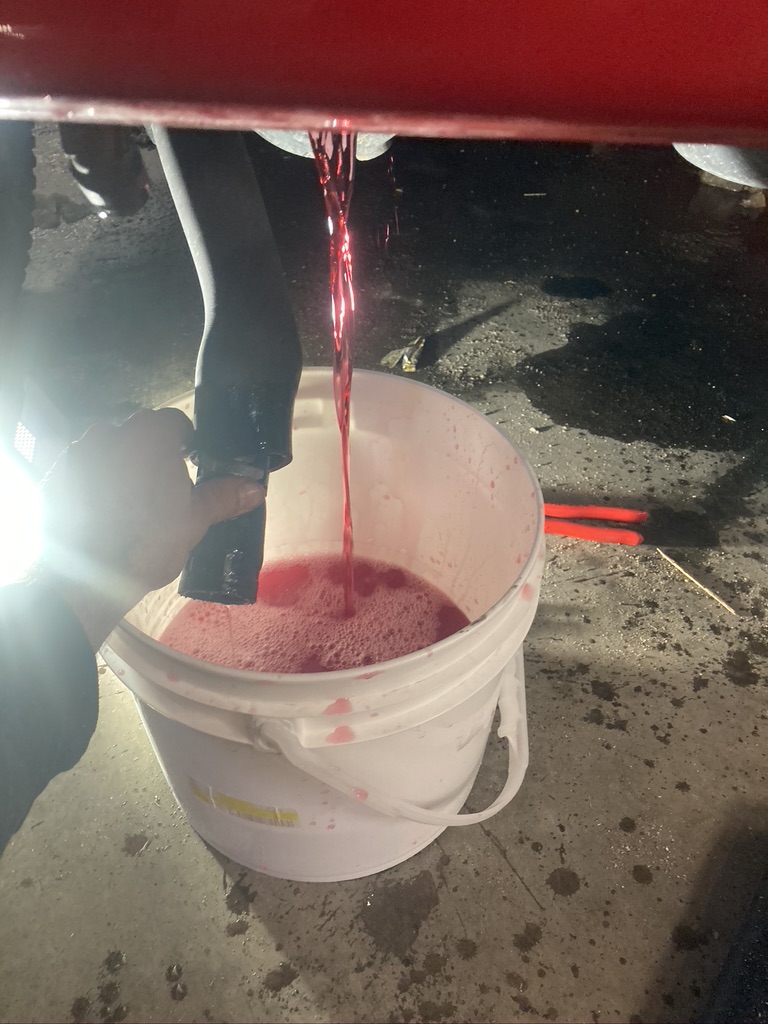 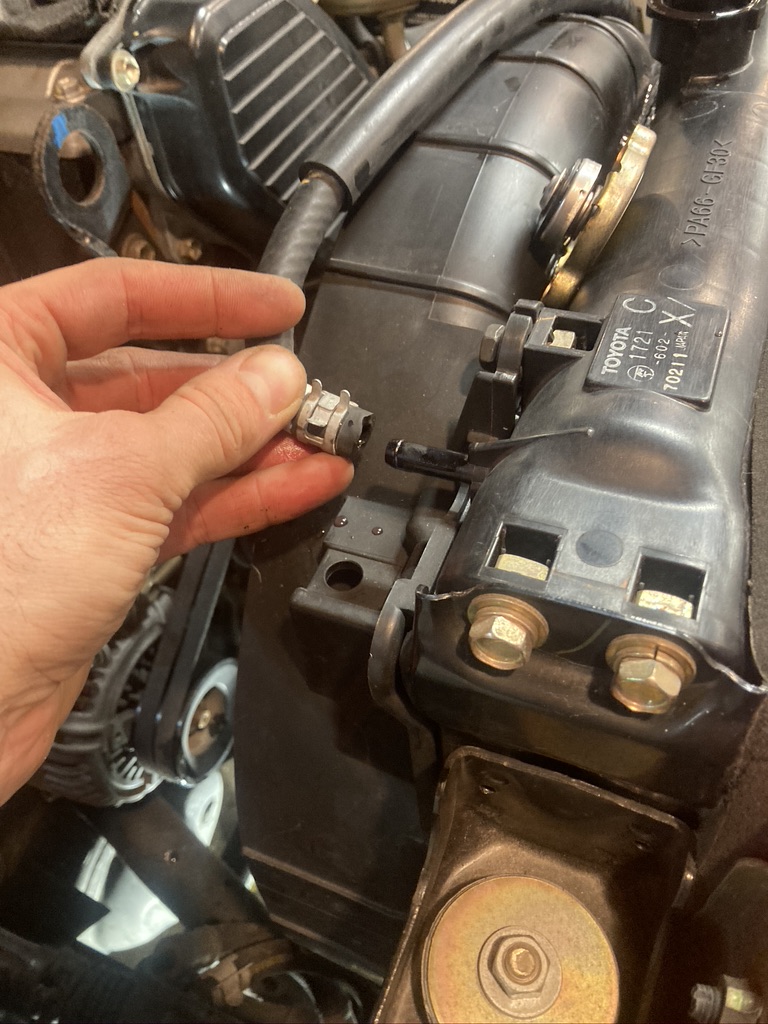 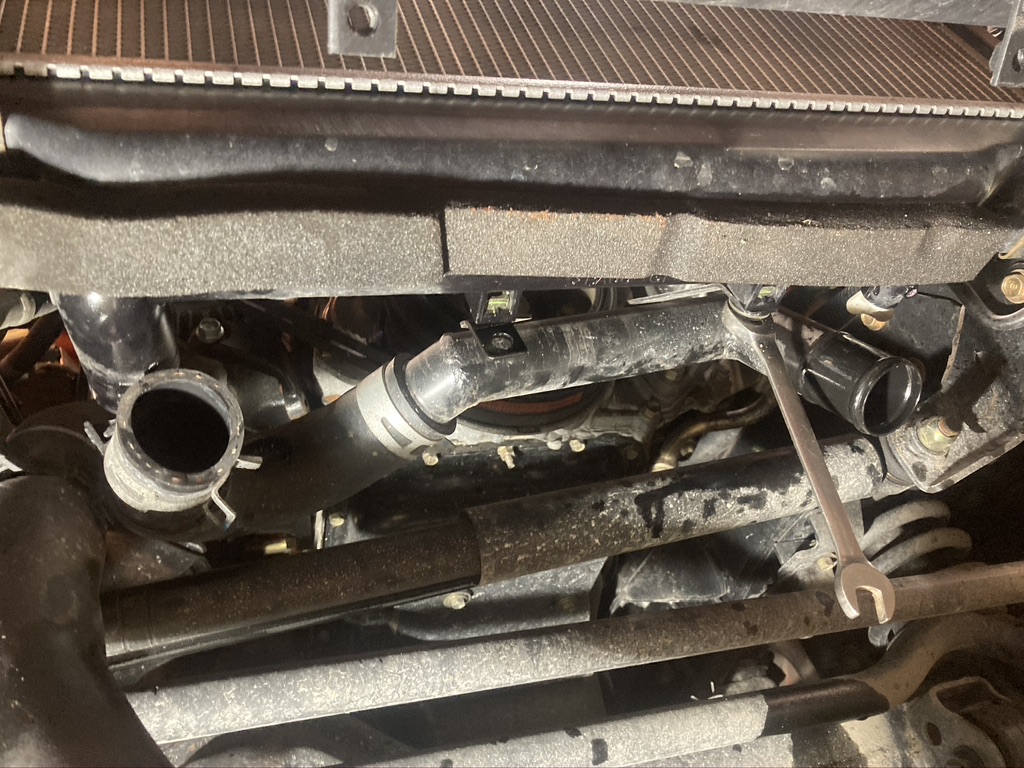 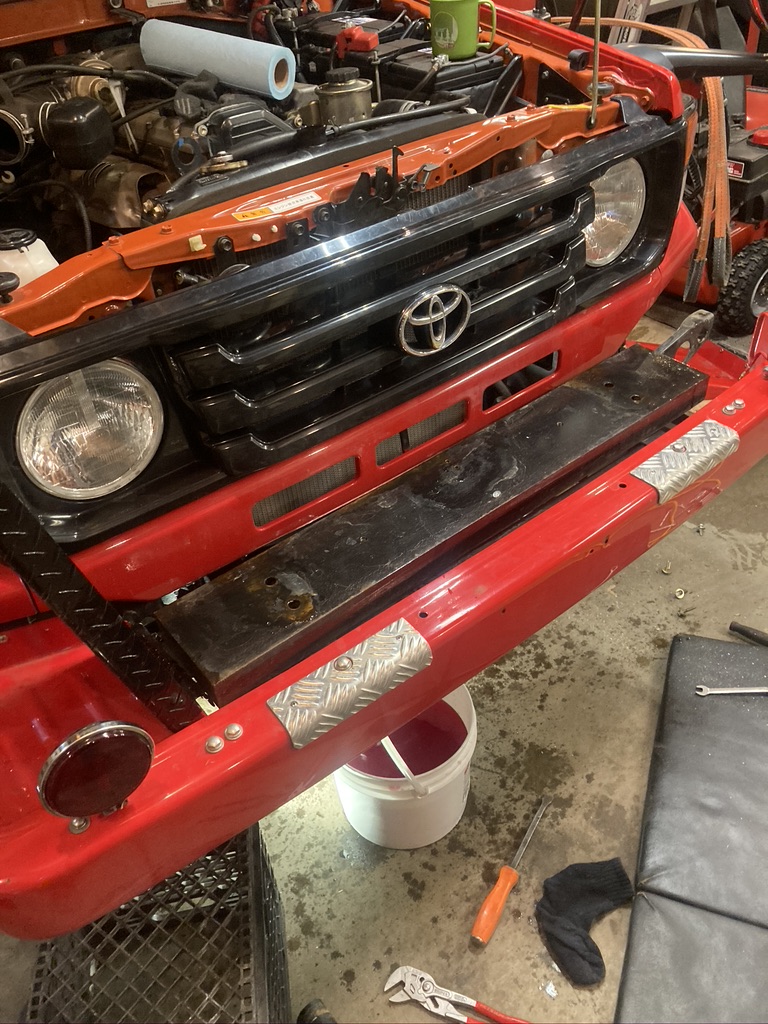 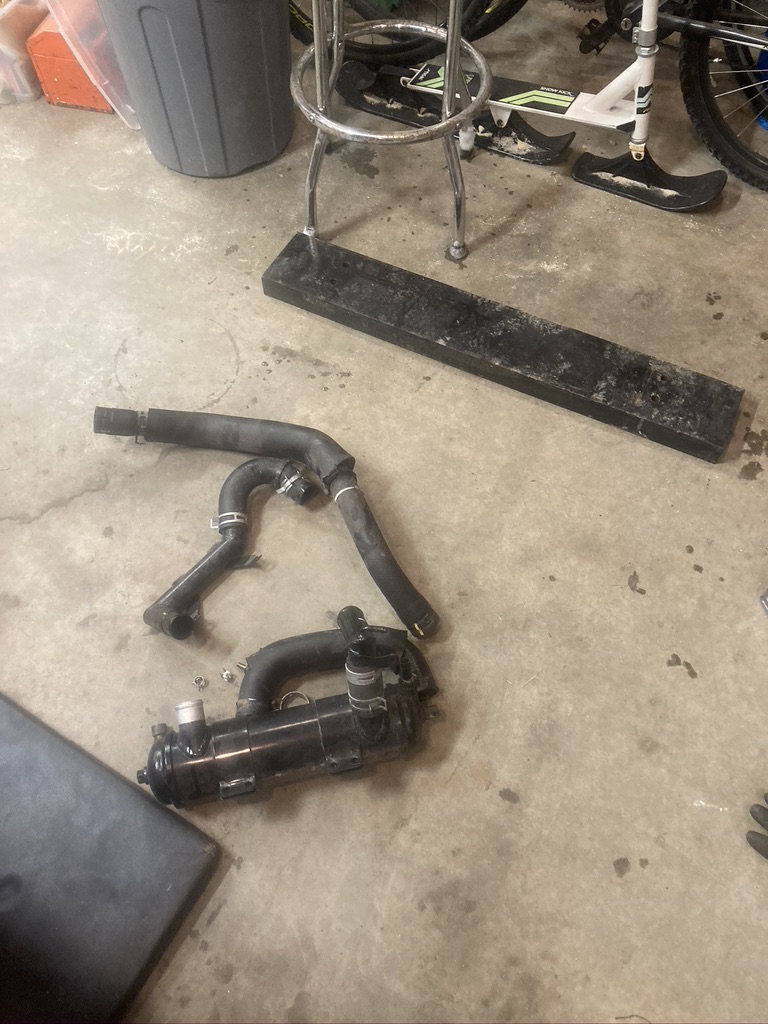 Keep the lights and siren for the kids!!!

Rigster said:
Keep the lights and siren for the kids!!!

That's now the second fire truck in the west here! Looking forward to the build! Nice find!
Click to expand...

Thinking of keeping them for a bit

Yeah, I got in touch with Garret shortly after I pulled the trigger on this.

Looking forward to this build! I may have to get a 79 once they're US legal. I'm really loving my FJ62 fire truck so far.

Very cool! A friend of mine brought in a 75-Series firetruck last spring in similar condition; they really are like time capsules. It is interesting to see all the odd features and extras that the firetruck versions have, like the extra cooling options. Would be great to have for desert travel!

Cool, I test drove the one that was brought in to Vancouver a few years ago. But didn't end up getting it. Looking forward to seeing what you do with it. It has the extended frame?

AirheadNut said:
Very cool! A friend of mine brought in a 75-Series firetruck last spring in similar condition; they really are like time capsules. It is interesting to see all the odd features and extras that the firetruck versions have, like the extra cooling options. Would be great to have for desert travel!
Click to expand...

Time capsule is really the best way to describe their condition. A lot of unique touches. Definitely overkill in the cooling department for my needs- I imagine long sustained high revs on the 1HZ to power the PTO water pump made it necessary.

MarkBC said:
Cool, I test drove the one that was brought in to Vancouver a few years ago. But didn't end up getting it. Looking forward to seeing what you do with it. It has the extended frame?
Click to expand...

Nice, maybe my and @JDMBC's build will change your mind?!

Hi there, keep posting, please! I got one of those a few months back and sort of have the same plan to make it a Ute. I just stripped the back of all the plumbing and electrical, waiting to figure out a way to lift it all off now. Still need to remove the pump, but I think I'll do that once the box is off to get better access. Have you done any work since?
Thank you!
Guido

WandatheTroopy said:
Hi there, keep posting, please! I got one of those a few months back and sort of have the same plan to make it a Ute. I just stripped the back of all the plumbing and electrical, waiting to figure out a way to lift it all off now. Still need to remove the pump, but I think I'll do that once the box is off to get better access. Have you done any work since?
Thank you!
Guido
Click to expand...

Hi Guido,
That's awesome, hopefully you have an incoming build thread to document the process. It's been a crazy winter here with super low temps one week and rain the next. I haven't done any major removal yet- planning to do that in the spring or early summer. I was thinking of either jacking it up and driving forward, using a car hoist or using the bucket off of a kubota tractor. Water pump removal will be a lot easier once the rear is off. I'll get back to some updates soon. Cheers!

following, sweet truck!
What's next on the list ?
You must log in or register to reply here.