I've been meaning to start a thread for the 80 to keep the history in one spot. Here goes.

Vitals were good. I took this locked '94 FZJ80 for a test drive and other than being a bit tough to take tight corners in and having a low idle there were no major weirdnesses. Money, papers, and a bunch of gas later the truck made it 9 hours north.

Here it is in front of my 60 on 33s for scale - I found myself suddenly thinking that mine needs taller tires, more lift, and more HP to move it all (still looks cooler, though)!!

The immediate to-do list was as follows:
Who knew what surprises lay in store?? We'll get to those. And hopefully the solutions to some of these gremlins will be helpful to others.

1st up was the oil leak. A few minutes with a light showed the back of the head was covered in oil. Valve cover gaskets are cheap, and way less scary than head gaskets, so off with the cover. Valve cover gasket was epically failed.

Since the throttle body was removed it got thoroughly cleaned. 20 odd years of carbon and deposits made for a poor-at-best throttle plate edge. Some Mud scouring also suggested to give the IAC some love and a health check as well. The IAC checked out with a meter, but its phenolic "needle" and the "seat" in the thottle body housing were both heavily built up with carbon deposits; so a cleaning they got. The o-ring was flattened and hardened, but since the o-ring is odd-sized and Toyota was doing their "it'll be here in two days" dance, it got a thin bead of RTV in the o-ring groove to temporarily seal up the interface.

The amount of oil in the intake wasn't reasonable so I popped a new PCV and grommet in. That's after the grommet broke in half due to its transformation from rubber into something akin to Bakelite. Whatever. All sorted. A few assorted vacuum lines were also replaced.

Idle has been buttery smooth since then.

There was oil dripping from both lower trunions. Not greasy soup - straight oil. Not a good start, right? 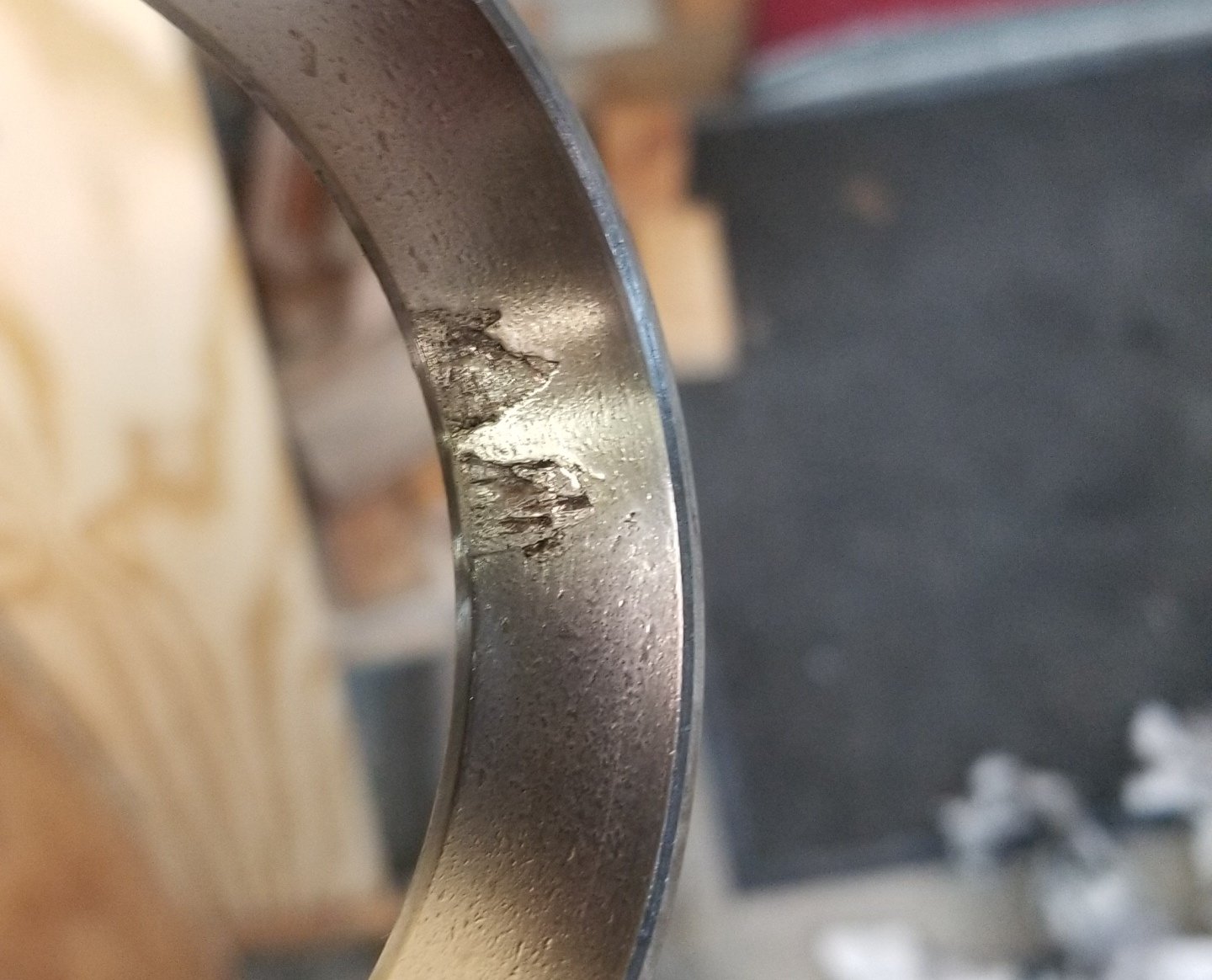 (never made a peep! pretty scary to see considering it just drove 9 hours), oil in the knuckles (zero grease), and grease and oil all over the both axle shafts - right opposite of what's intended. So she was torn down to the nitty gritty and inspected (thanks for the help, @Skitz! ). Shockingly, nothing else was awry. A new bearing and race from the usual suspects went in, and Kurt's kit finished out the rebuild needs (great, high-quality kit, @cruiseroutfit!)

The hard turning made sense once I was under the truck wrangling driveshafts and noticed that the front and rear shafts were turning in the same direction with the CDL unlocked. Got out my paddle pliers and the grinder to thin them down, and out came the viscous coupler. The whole job took less than an hour, including a couple beers. Do watch to make sure the pump spacer is installed and make sure the pump is lined up with the back of the t-case at reassembly. There are several threads that did a great job of filling in the watch outs and described what the difficulty was. Thanks guys.

With the front end rebuilt and safely lubed, and all the stresses relieved by chucking the VC in the scrap pile, she's pretty tame now. There's a slight whine coming from the t-case when coasting but it's quieter than the 60's 4-spd so it'll ride for now. I'll keep my eyes peeled for a replacement case with a good VC for the right price.

Let's put in a radio

This should be simple, yeah? Yeah, uh huh. One of the previous owners ran an amplifier with some questionable wiring. Maybe it was the install, maybe it was time that moved stuff around and made the install questionable. Doesn't matter. Angry pixies were trying to get out of the wiring and find new things to terrorize, so the interior was torn apart and probably 100 ft of assorted wiring and abandoned gadgets got pulled out.

A few new ring terminals, some strain relief, and some cleaning have the whole system good as new. That and a new head unit that functions here in the Bluetooth age. Man, that thing really makes a difference to me.

That's it for now. Still need to do those bushings. Got a buddy here in the club that has a handy SST for swapping the bushings, so that's slated for the end of the month.

It's been brought back to life for the most part. So well in fact that I drove it to work all last week to see what other quirks may arise. To be continued.

EDIT: I flushed the cooling system with a few fills of clear water to push out what must've been a few bottles of a couple versions of stop leak (between the glittery stuff and the mud it looked like a party in the radiator!). She's topped off and protected to -10F now.

Passenger side brakes were into the squealers; now those pads are in the scrap bin. New ones went in on both sides. The brake system on this thing is NUTS! Barely any input force is req'd to stop this beast. It makes me want to do some hw on the 60 to figure out what can be done to "improve" its pedal feel.
Last edited: Feb 12, 2019

I've noticed that once the torque converter locks up there's a slight shudder, especially when pulling a hill. Give it just a touch more throttle and it'll unlock, then the shudder goes away. Fluid looks good and level is right on the money at full, granted I had to add two quarts a week ago to get it there. Everything else about the transmission is on point, and very smooth.

This seems to be a rare occurrence as mud is quiet on this one. I'm game to drop the pan and give it a service to see what happens, but I'm hoping someone else has something to investigate first. Whatcha got, folks?
Last edited: Feb 20, 2019

The shudder got fixed a few weeks back. Timing was wayyy retarded. Moved the timing up to just shy of 5* and reset the ecm. She's been running like a top ever since. So much more powahhh!

It got the first washing since what looked like Bush's last term this past weekend. MAN! That "ruined" paint cleaned up nicely. The roof was covered in a spread of mildew and algae. It's pretty as a picture for now.

Popped a set of Gamiviti's seat gears in the passenger side last night. Having niceties like functional power seats sure do have a big impact.
You must log in or register to reply here.