I have absolutely zero need for one of these trailers, but they fascinate me. I thought that maybe by "building" one in SolidWorks that it might "quench the thirst" as it were.
Maybe it worked, dunno yet.

I had models of a Dana 60 8 lug rear wheel hub, rear housing spindle, and wheel bearings, so I used them. I am partial to full-float wheel hubs anyway.
Some may recall that a while back I built a removable, swiveling lunette and this trailer is designed to use it too.

It is also not an exact duplicate of either an M416 or an M101, merely close to their design. The tub doesn't have a tail-gate (I'm undecided on if it will get one or not) and it does bolt to the frame. The fenders have a frame of their own made of 1x1 square tube and they bolt on as well. Same for the tail light assemblies, they bolt on and support the fenders' frames at the rear.

A little about the suspension design, it is a modified ladder bar linkage. The driver's side is triangulated and the pass side is a single bar with a joint at both ends. Lateral location is handled by a diagonal rod connected to the axle at the linkage bracket and to the link on the pass side near its frame pivot. This is or was a fairly common lateral locator design used on drag race ladder bar suspensions. Tires are 31-10.50 R15's as I just do not think that a trailer needs any bigger tires.
SolidWorks predicts that it will weigh 670 lbs as shown. Clearly I've got work to do so the weight will go up as I add things like the coupler, lights, and bolts. 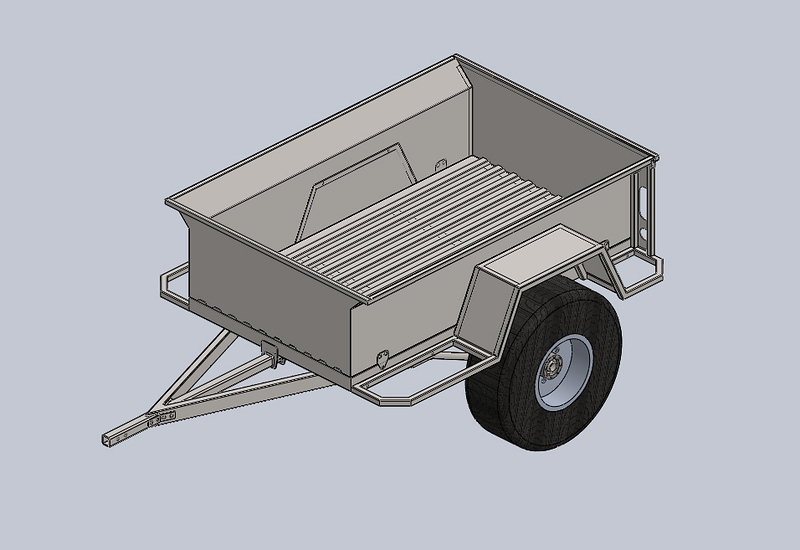 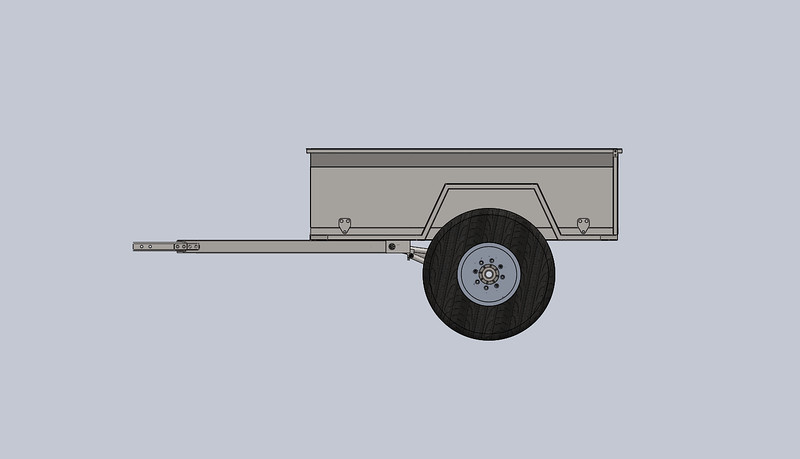 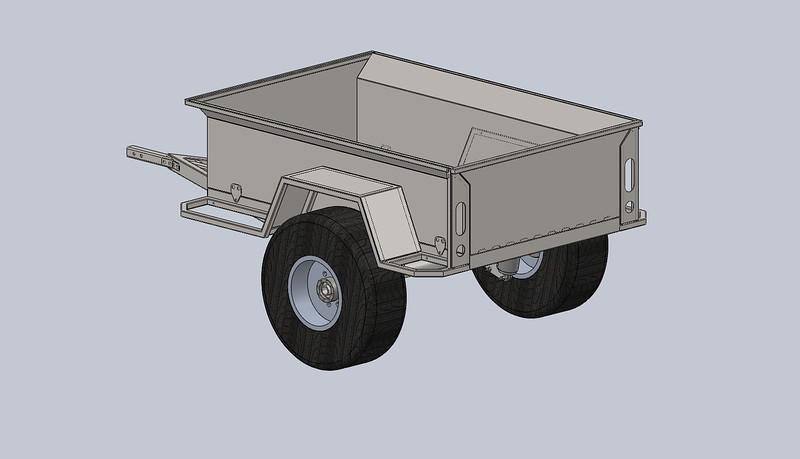 The frame and suspension; I found that Fox makes a 6" stroke coil-over damper and since electrons are nearly free I am using those and linkage for the suspension. 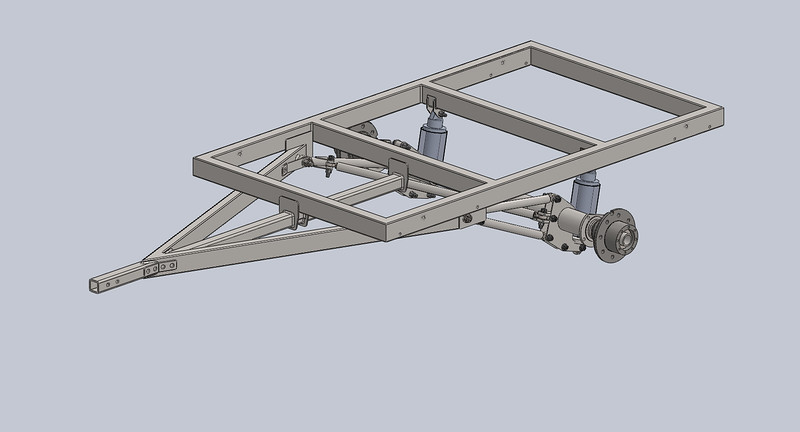 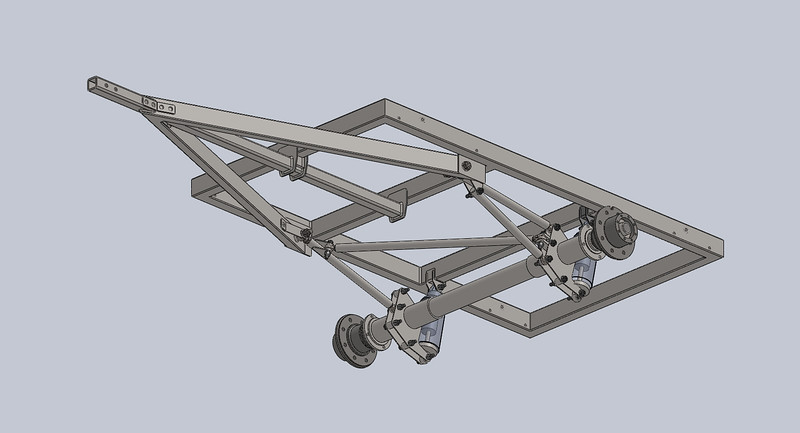 Anyway, I thought that there might be some interest in this.
My opinion is worth what you paid me for it.

I should have mentioned that the parts that make up this model are not all that far from being something that could easily be built. Most of the tabs and brackets are separate pieces and are the reason for my cnc plasma comment. The various tube frames are modeled as the whole and not the individual pieces, but with dimensions for those sub-assemblies it shouldn't be too difficult to cut out the various pieces that make up each of them.
The tub floor is likely to be the most difficult part to make as it is ribbed like most of these trailer's bed floors.
My opinion is worth what you paid me for it.
You must log in or register to reply here.