Well the title may be misleading. I have removed my EDIC and I need a better wat to cut the motor off. I would like to put a butterfly in the air intake flow to kill it.Is there a difference in killing it by removing fuel or air? Will it hurt it to starve it of air?Thanks.Justin

I'm not sure if should function or not .. but making a king of rod that allow you " kill " the 3B from the IP sound much more easy to me.
O

make a reverse cable that will pull it to the front to ccutoff ur fuel,

controlcables.com has all kinds of cables. Works great on my 2H
T

Here is the drama

I have put a fixed but adjustable linkage in place of the EDIC. This will make a pull cable for the fuel more complex.I have a RHD and the air intake is directly in front of my seat. A direct cable to a butterfly there will be easy... I just need to make sure it will not hurt the motor.Justin

Just either get a properly working edic to install, or make a nice control cable to kill it.

Honestly FWIW I would only have a edic system working. They are nice. If mine breaks it will be replaced.
Last edited: Mar 18, 2008
T

Point of no return

I have completely rewired the cruiser with Ancor Tinned wire and marine connectors. I tossed everything but primary wiring. How hard would it be to wire in a stand-alone EDIC harness?Justin

i have a cable from a manual choke with a little bracket to hold it onto the inj pump..works good and mounted in the dash looks almost factory...

But beware - If you haven't seen this thread before, you're likely to end up getting hooked and doing a lot of reading!

brownbear said:
don't cut the air. It will over fuel it.
Click to expand...


?? But thats exactly how the 13b-t shuts down. Or is my motor missing something.

shinny said:
?? But thats exactly how the 13b-t shuts down. Or is my motor missing something.
Click to expand...


13b-t, 12h-t, 2h (auto)
I believe these all use VSV. Which is just a fancy way to close a butterfly valve in the air intake to kill the engine.
GG

shinny said:
?? But thats exactly how the 13b-t shuts down. Or is my motor missing something.
Click to expand...

I was surprised at the 'over-fueling' comment, since Toyota uses this system on a number of engines/engine versions, as noted above.

My EDIC went over a year ago and I was stalling the engine to stop it until I installed a shut off cable. I picked up a t-handle locking cable for $25 and fabed up a mounting bracket in the engine compartment next to the injector pump. Works fine but it would be nice to have the EDIC relay back?
Just remember, if your injector pump is not shut off and the vehicle moves it could start and take off, diesel engines don't require any electrical source to run.

Granite Grinder said:
13b-t, 12h-t, 2h (auto)
I believe these all use VSV. Which is just a fancy way to close a butterfly valve in the air intake to kill the engine.
GG
Click to expand...


The throtle body in my 2H ( EDIC controled ) it's complete diferent than any 12H-T that I've seen before .. 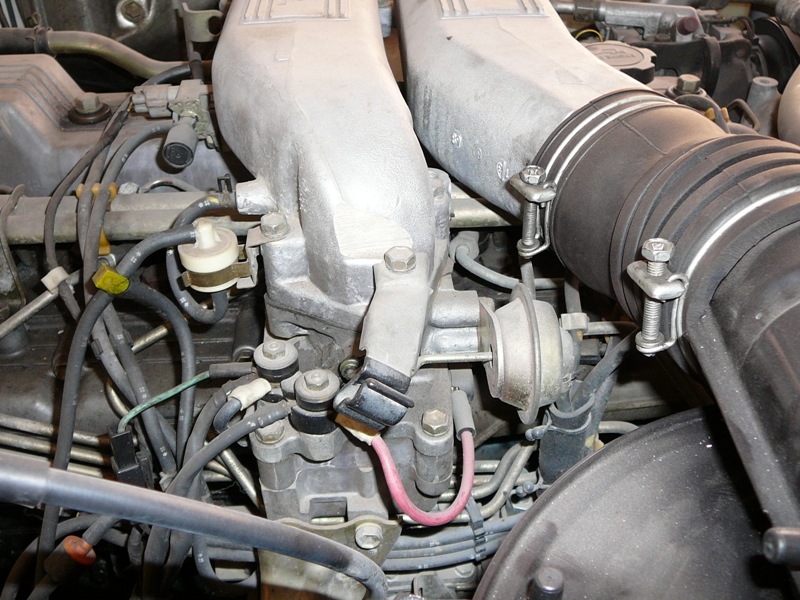 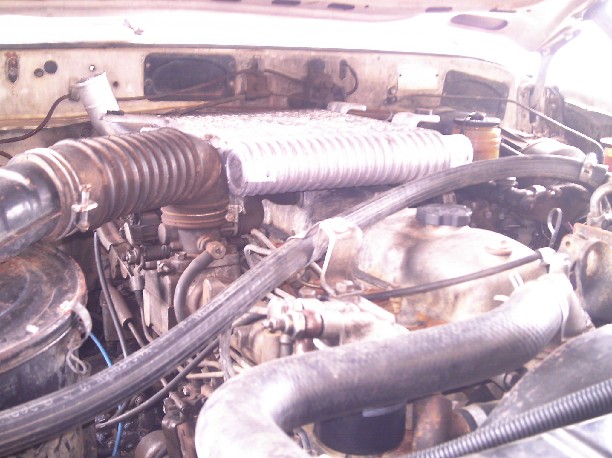 Granite Grinder said:
13b-t, 12h-t, 2h (auto)
I believe these all use VSV. Which is just a fancy way to close a butterfly valve in the air intake to kill the engine.
GG
Click to expand...

I have never looked closely at a 13b-t to see the VSV.... In my mind I always thought the VSV closed the fuel.....doh. I will have to look at my FSM to see the VSV description.


Yeah. I'm the same as you Brownbear. I'm having trouble with the concept of shutting the air to kill a diesel but it must be an acceptable way of doing things.

IT is a weird way I know, Granite Grinder is correct . I had to replace the sender on my VSV on the 13BT . Toyota sure made things complicated. They could have done without alot of those stupid parts and just have a fuel shut down like all other manufacturers of Deisels

brownbear said:
Honestly FWIW I would only have a edic system working. They are nice. If mine breaks it will be replaced.
Click to expand...


Also my advice! The EDIC also gives protection in a low oil situation by shutting off the engine. I have a fully fuctioning EDIC system in the '55 as well.

For Justin,
I think it would not be hard to wire an edic on it's own with out a harness. As long as you have the edic relay, motor and an ignition switch.

Then you just join the motor and the relay as they show in the diagram, and put power and ground to the relay. As well the low oil pressure cut off.

It would not be too onerous IMOP

"The throtle body in my 2H ( EDIC controled ) it's complete diferent than any 12H-T that I've seen before .. "

The 2H with auto transmission has the same sort of pneumatic-controlled governor as the 12H-T, though the intake manifolds are quite different, as are the glow systems. Both share the use of the VSV to shut the engine off by closing the intake butterfly.

I was surprised by the comment by prado t,

"Toyota sure made things complicated. They could have done without a lot of those stupid parts and just have a fuel shut down like all other manufacturers of Diesels"

I sure seems to me that a single VSV to shut the engine down is a somewhat simpler set than a fuel control relay and EDIC motor. The vsv is cheap and reliable, and they are used heavily throughout the Toyota range. Some are normally open, and some are normally closed. Early 40 series used vacuum switching with vacuum switching valves - I don't see them as 'stupid parts', though I can appreciate that when there are large numbers of them in the system, as you see in a Prado, it could be hard to track down problems caused by little leaks in the vac lines.

The fuel control relay is the weak link in the EDIC system and a common cause of problems down the line when it starts to pack it in. How much longer will these relays be available from Toyota, and at what price? I'm already finding it impossible to obtain early 1980's 40 series (and 60 series) glow relays, for example. That said, the EDIC system is otherwise quite reliable.

The tricky problem I had with the pneumatic governor and VSV control was alluded to in a post above,

With the vsv system, Toyota uses an engine management computer to deal with the low oil pressure switch, among numerous other functions I'm sure. I wasn't interested in locating a 12v. one for my truck for controlling a single function.

I eventually located a product out of Australia that does the job as far as the low pressure switch, the TM3 Engine Watchdog:

I'm sure that someone with knowledge of basic electronics would be able to solder up a simple circuit board to do the same thing as the TM3. I was able to rig up the TM3 to control my vsv quite readily; it can also be use to control a fuel shut off valve, or can be configured to power up a device instead of cut power. It's a pretty versatile doodad, and a lot cheaper than a new relay from Toyota.
You must log in or register to reply here.

B
Plumbing PCV into intake - how beneficial is it?

3B Air in fuel line

3B injection pump with HAC on a B engine