I just changed the oil pump cover o-ring. Pulled batter and box, fan, shroud, crank pulley, idler pulley, and center plug on distributor. Put everything back together with no problems and just found this little part (on left, oil pump cover screw for reference size) laying on the floor. Clean, not oily when found. I don't want to start it without knowing this isn't a part of the oil pump or something. Any ideas? 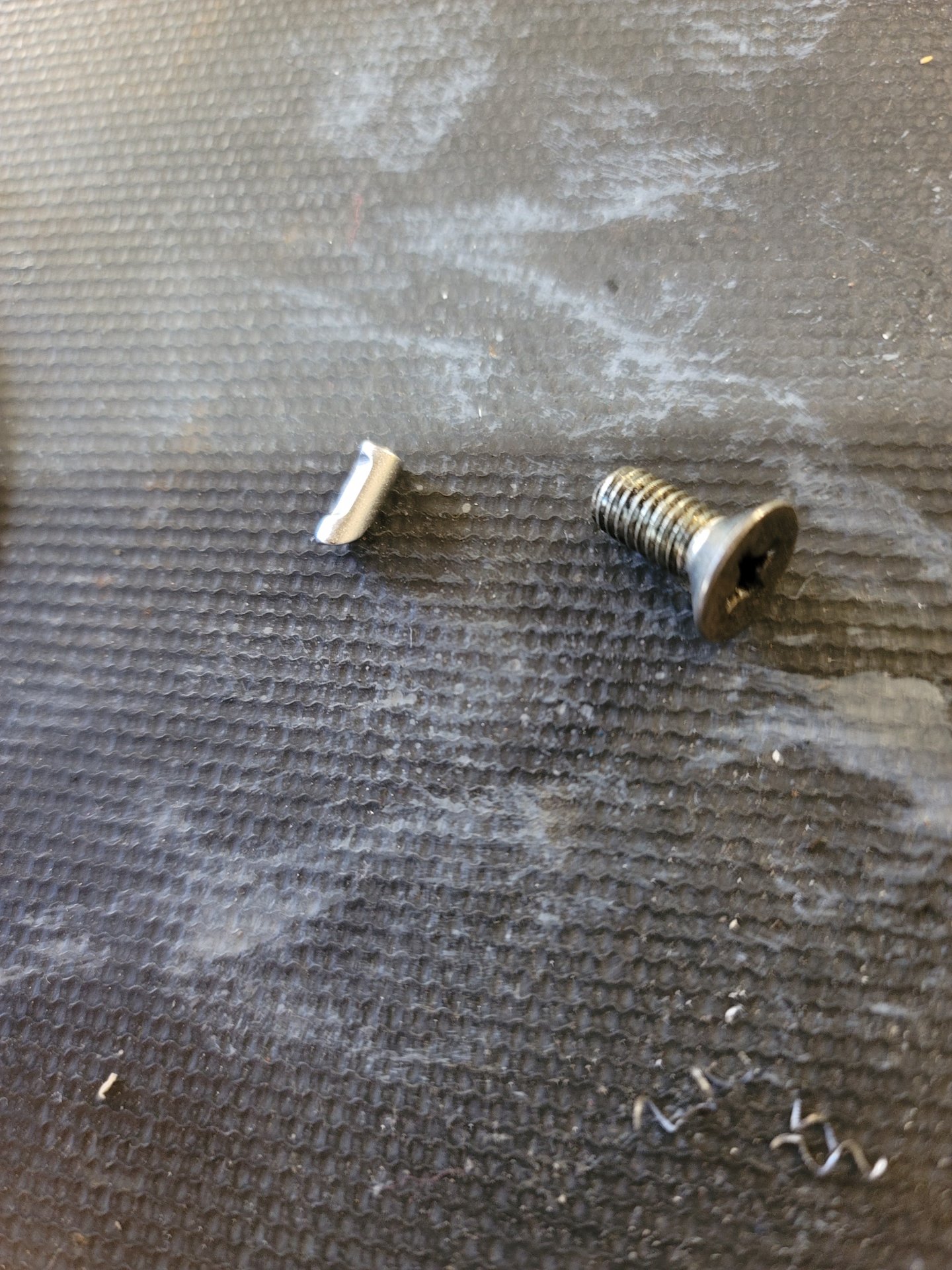 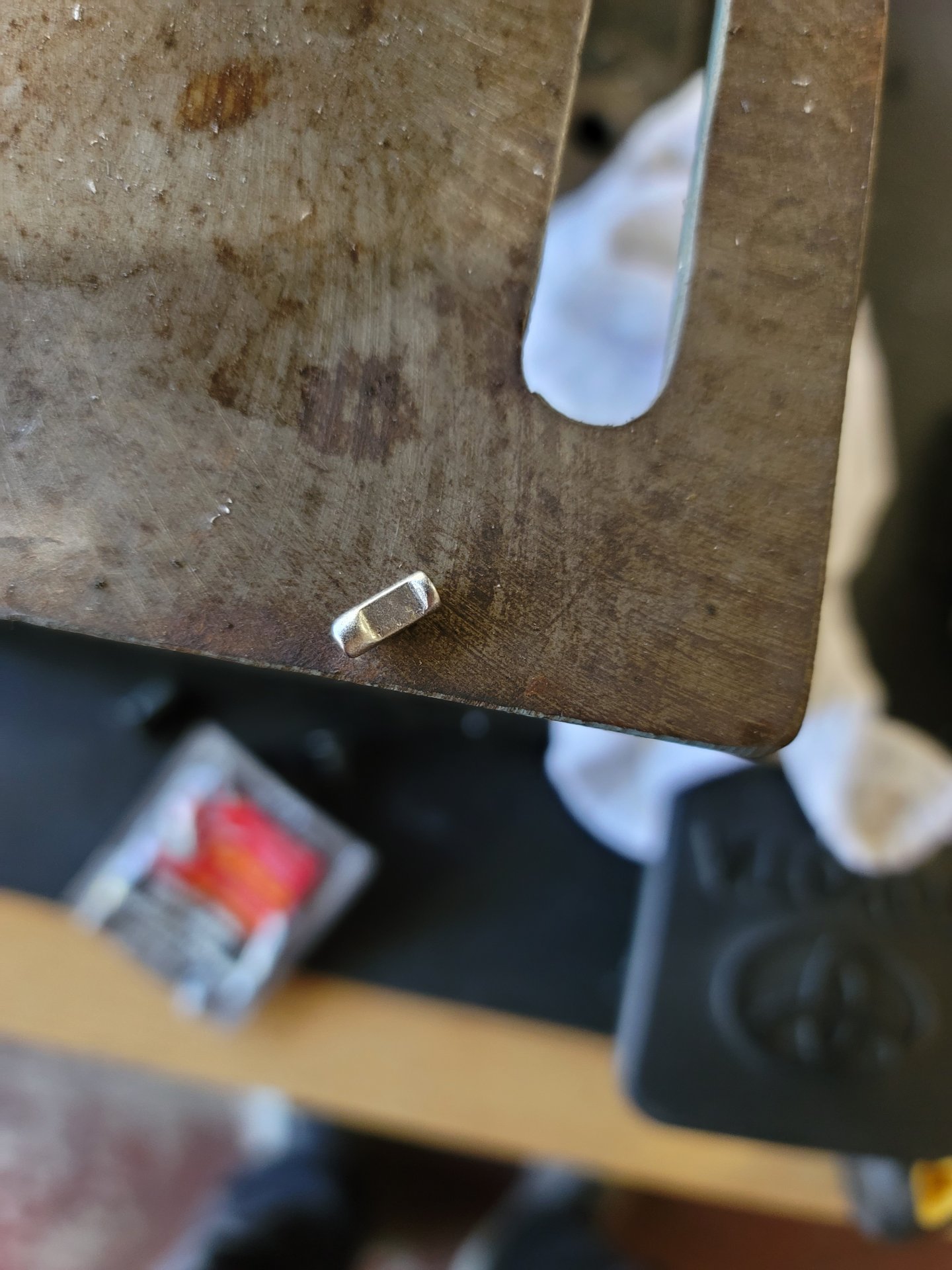 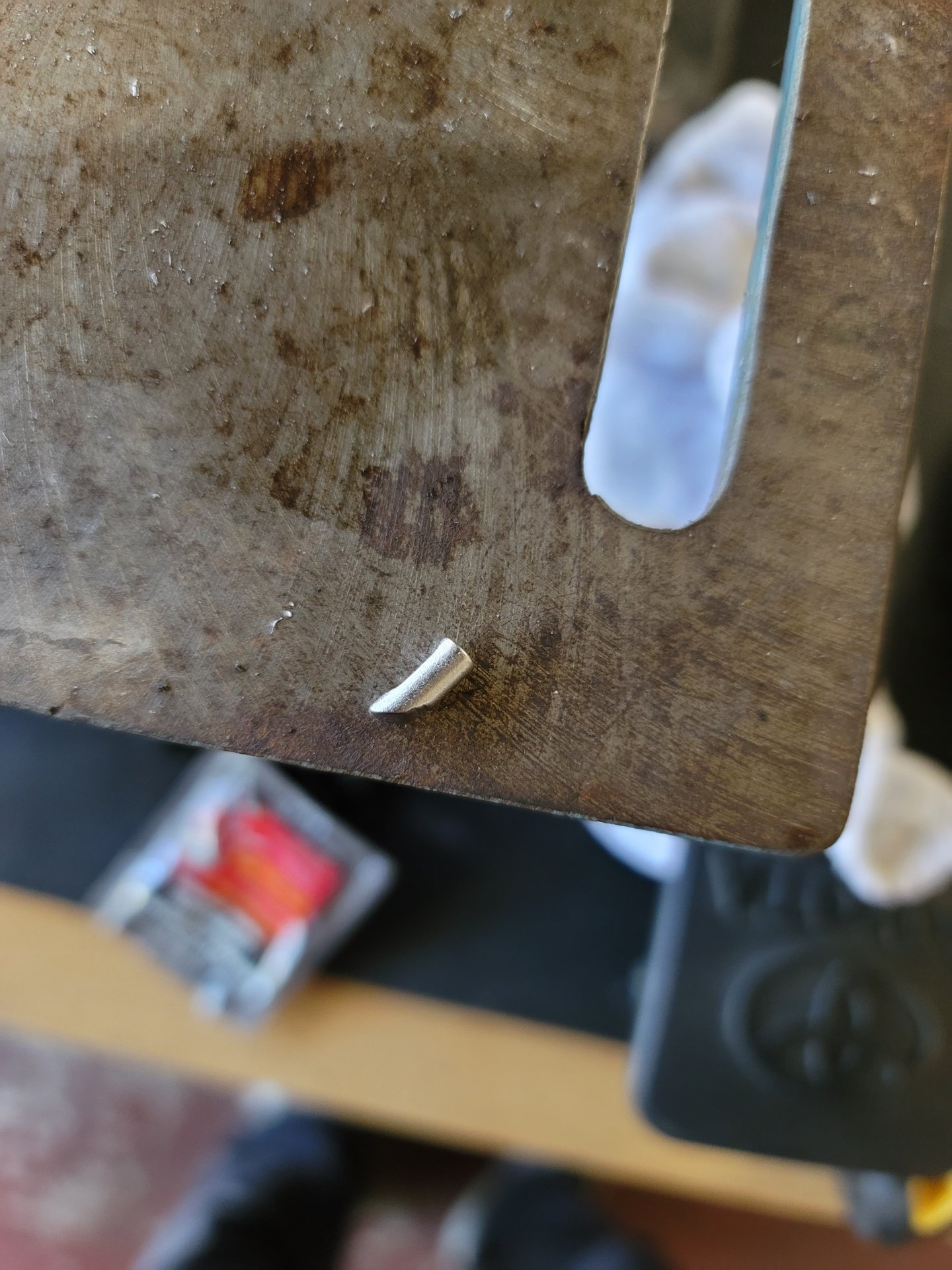 
You talking about from the distributor? I don't know. I pulled one of the plug wires off the cap to compare as well, and there was nothing in them.

It wasn't directly under the 80, but it was on the cardboard I was laying on.

I feel like its not a part of the engine. It was perfectly clean, not shiny from "wearing". It almost looks like cast metal. Definitely a ramp of some kind that would ride on something, but I also looked at all of my tools as I put them up and couldn't determine anything there either.

I started the car to move it and everything looked, sounded, and felt normal, but I would sure like a knowledgeable engine guy to chime in and say "that is not internal to the engine". I'm not driving it to work tomorrow because of this.

The good news is the crank seal and oil pump cover are dry after the quick run! Still, this little part showing up out of nowhere has got me a bit on edge.

An Anderson elec. connector plug thing. Google that and look at pics of the contacts. NOT a factory piece.

Agreed. Looks just like a smaller version of the big anderson connectors I just put on my winch cable. Do you have one on your truck that you took apart or happen to use them on something else?
6

It isn't hollow, it's solid. It doesn't look like it broke off of the rest of a tab or something.

No I don't have any aftermarket connections I don't think. I just bought it but I've looked over the engine a lot and everything look pretty clean and original. No plugs were taken apart during the oil pump cover fix except that center post on the distributor.

I dunno. Glad yall are all coming to the same concensus though. I guess I'll keep an eye on the electronics in the rig and see if something is wierd.

It looks to me like the hollow portion where you would insert the wire is broken off. The part that inserts into the plastic portion of the connector is solid, which is what I believe you have there. Entirely possible someone working on the truck before dropped one in there and you jogged it lose somehow and it fell out. Could have also got stuck in a tire tread and fell out

Monday at 4:26 AM
RainXII
R
R
Grinding Noise Left Side