I have a very nice and new to me 1972 FJ40. This one has the bench seat in the front (which my family loves). The only thing causing me problems as a daily driver are the lack of cupholders. I need a steady flow of Diet Coke throughout the day to keep me going. With the bench seat the Tuffy center console is out. What other solutions have you guys come up with that have worked? Pics please.

You came to the right place! I was in the same boat (or Land Cruiser) as you and found the perfect solution for my 72 TLC. I’ll post photos in the morning and the details. Stay tuned.
Dean
Original Owner of 3/72 FJ40. Still my daily driver after 50 years.

"I'd never be caught dead driving that old army tank." (What my 13 year old daughter said before she found out my Cruiser was a "guy magnet."

dudecw said:
I have a very nice and new to me 1972 FJ40. This one has the bench seat in the front (which my family loves). The only thing causing me problems as a daily driver are the lack of cupholders. I need a steady flow of Diet Coke throughout the day to keep me going. With the bench seat the Tuffy center console is out. What other solutions have you guys come up with that have worked? Pics please.
Click to expand...

What have you done to your Land Cruiser this week?

What’s the plan? That looks like a headache I don't know yet, once I dig into it I'll get a better idea what I'm up against. It's not it that bad of condition, obviously the goal is to rebuild it back to a reliable tool.

Great idea EWheeler. I also just noticed that Tuffy sells just the cup holders. I might give that a try.

Over the 50 years that I have owned my 72 FJ40 I have tried dozens of cup holder solutions all of which have fallen by the wayside as their shortcomings became apparent. Then I happened upon the perfect solution when I needed a cup holder for my kayak. It didn't take long for me to recognize the application for the holder in my Land Cruiser and it has worked perfectly. The system is made by Railblaza (Railblaza.com). It starts out with a simple mount (photo one) which can be attached below the lower dash pad using the existing pad mounting screw holes (yea, no drilling required, unless you want to use two screws instead of one). I mounted two (photo 2) one for the driver and one for the passenger. Once you have the mounts installed there are at least two options for cup holders; one is cup-shaped (photo 3 - and my favorite) and the other is a clam shell that folds up out of the way when not in use and holds a larger cup when opened up (photos 4 and 5). The holders can also be used for temporarily mounting other stuff, like a compass (when it's not in your kayak} (photo 6) and thanks to the slots in the cup holder, you can also park your sunglasses in the cup holder without displacing your cup! (photo 7).

The advantages of this solution are many. The cup holder itself can be easily removed and stored when you need to get it out of the way. It can be installed without drilling any holes (though I did drill one hole on the driver's side just to even up the mount a little). It's versatile and can be used for other cool stuff. It installs easily and quickly. It's out of the way of controls. It's very sturdy and stable. Oh, and you can move it to your kayak when you don't need it in your Cruiser!

So there you have it, my final solution. Hope that helps.

Congrats by the way on your LC purchase. Despite what others may say, you have the best model year! 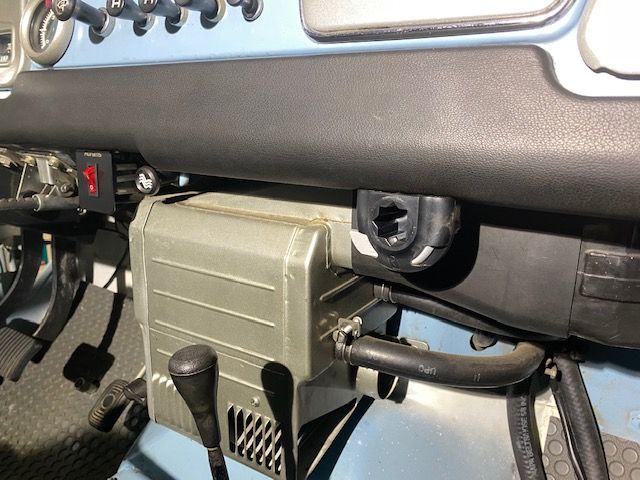 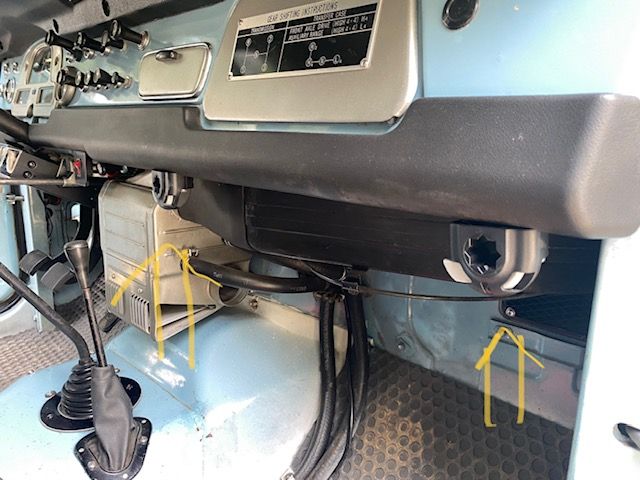 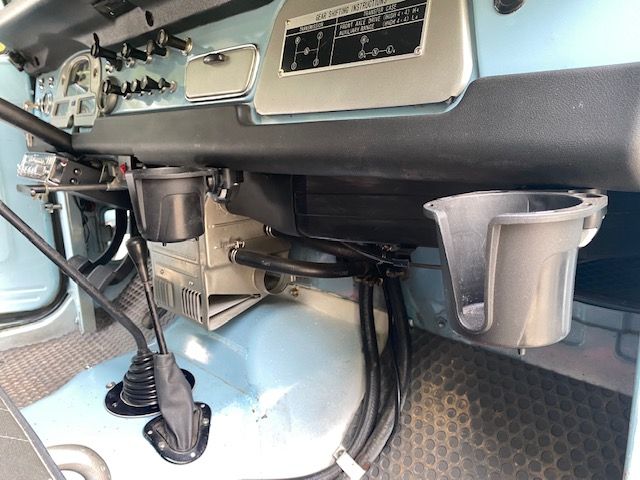 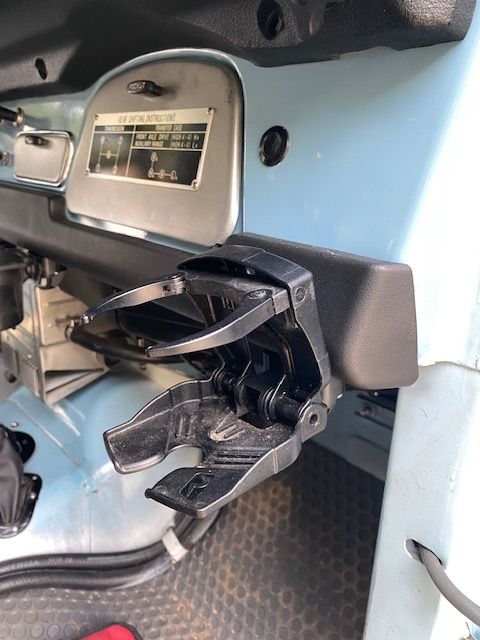 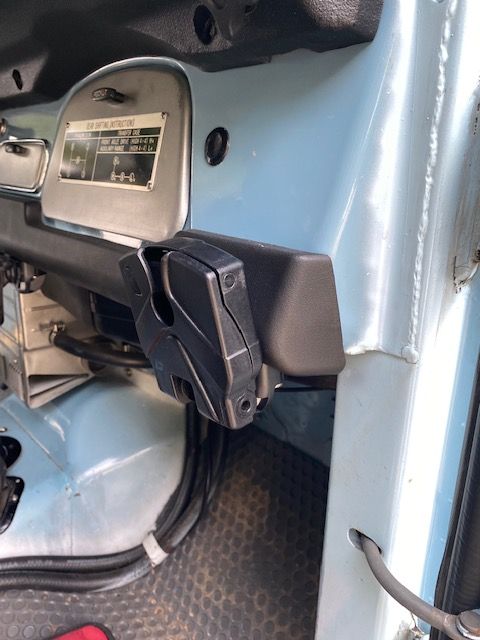 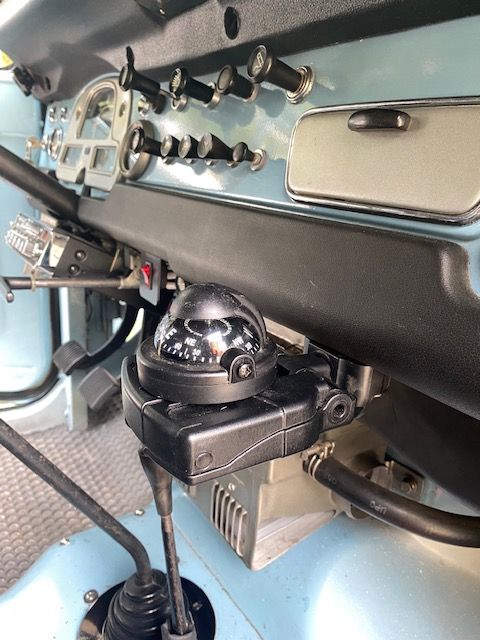 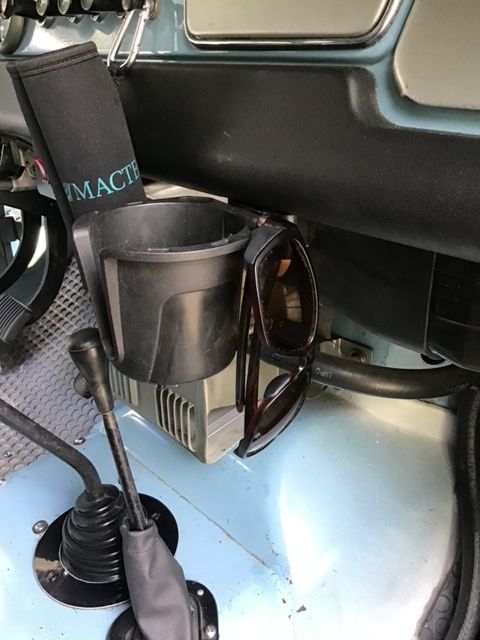 "I'd never be caught dead driving that old army tank." (What my 13 year old daughter said before she found out my Cruiser was a "guy magnet."

First up, gut your whole interior, then find a Lexus LS400. Steal both the front seats and center console, then make a new tranny tunnel, graft the center console to that and then put in the magic disappearing cup holders from the Lexus in that!

Or you know, do something much more practical and easier

Some have found a roll of duct tape sitting on the trans hump to be a perfect solution. A fringe benefit is that you’ll have tape for anyone who complains about the bumpy ride. The downside is people will kick the van over.

Tuffy cup holders do work well. I’ve got one on the front and back of my console. With a bench you’d need custom mounts for them.
Builds - My 40 Build... 20 years and Counting... Purists beware, this may hurt
Installing an 81 hardtop onto my 74 (keeping the hatch)
Gas charged Hood & Hatch strut retrofit
Never underestimate the importance of a ground
FF rear axle, 4 discs, AIRide rear bags, ‘72 SBC, On-board air, Split hood, Gas hood/hatch struts... Restomod.

I got 2 of these magnetic cupholders and can stick them on the front of the wheel well (reach back from front seat), the door by window crank, the b pillar or even the header. Work ok until it’s on the b pillar and you hit a bump and hot coffee runs down the side of your head. I’m in the process of making a “console” with 2 cupholders and a small tray with magnetic feet to live on the trans hump. 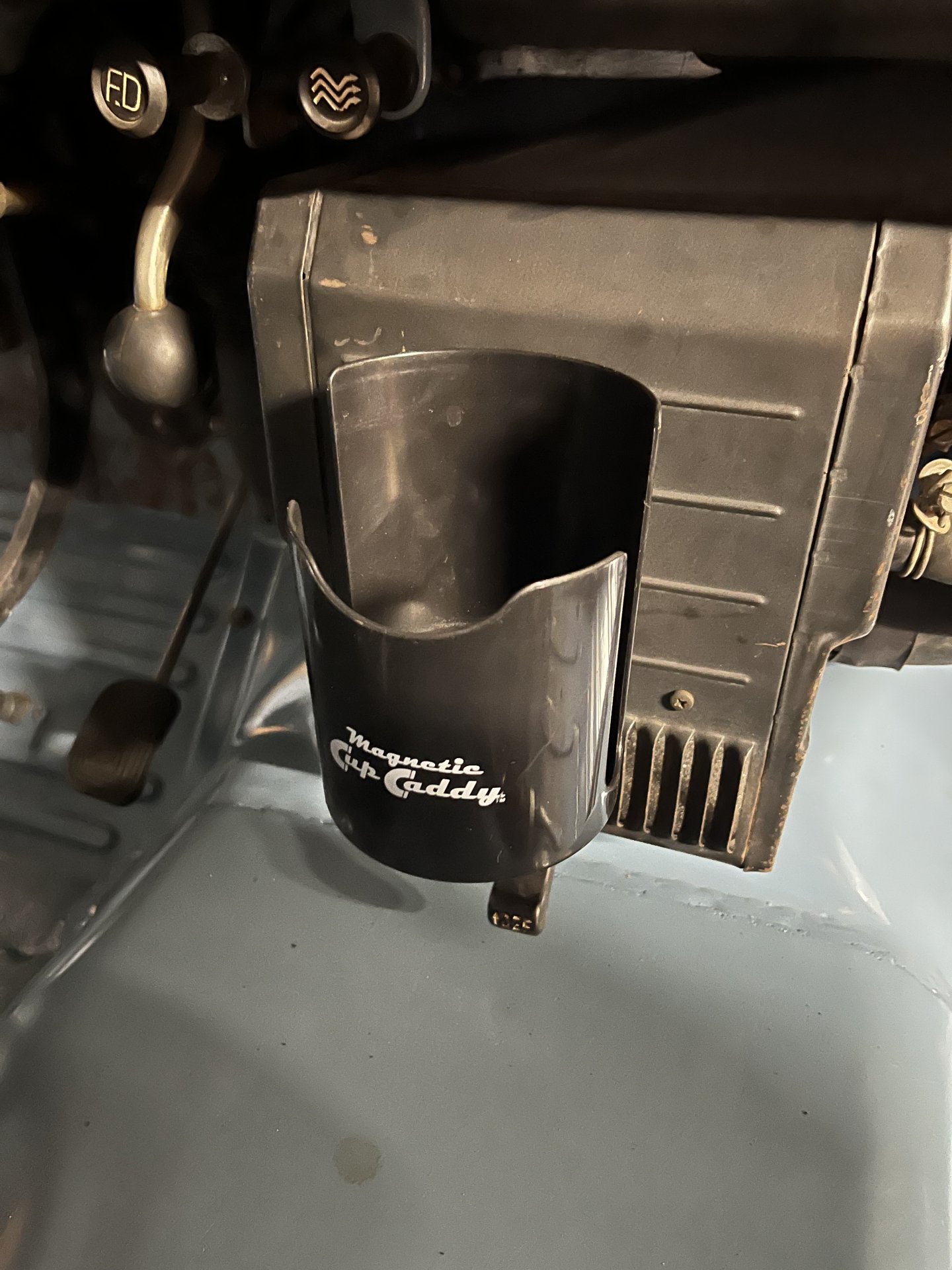 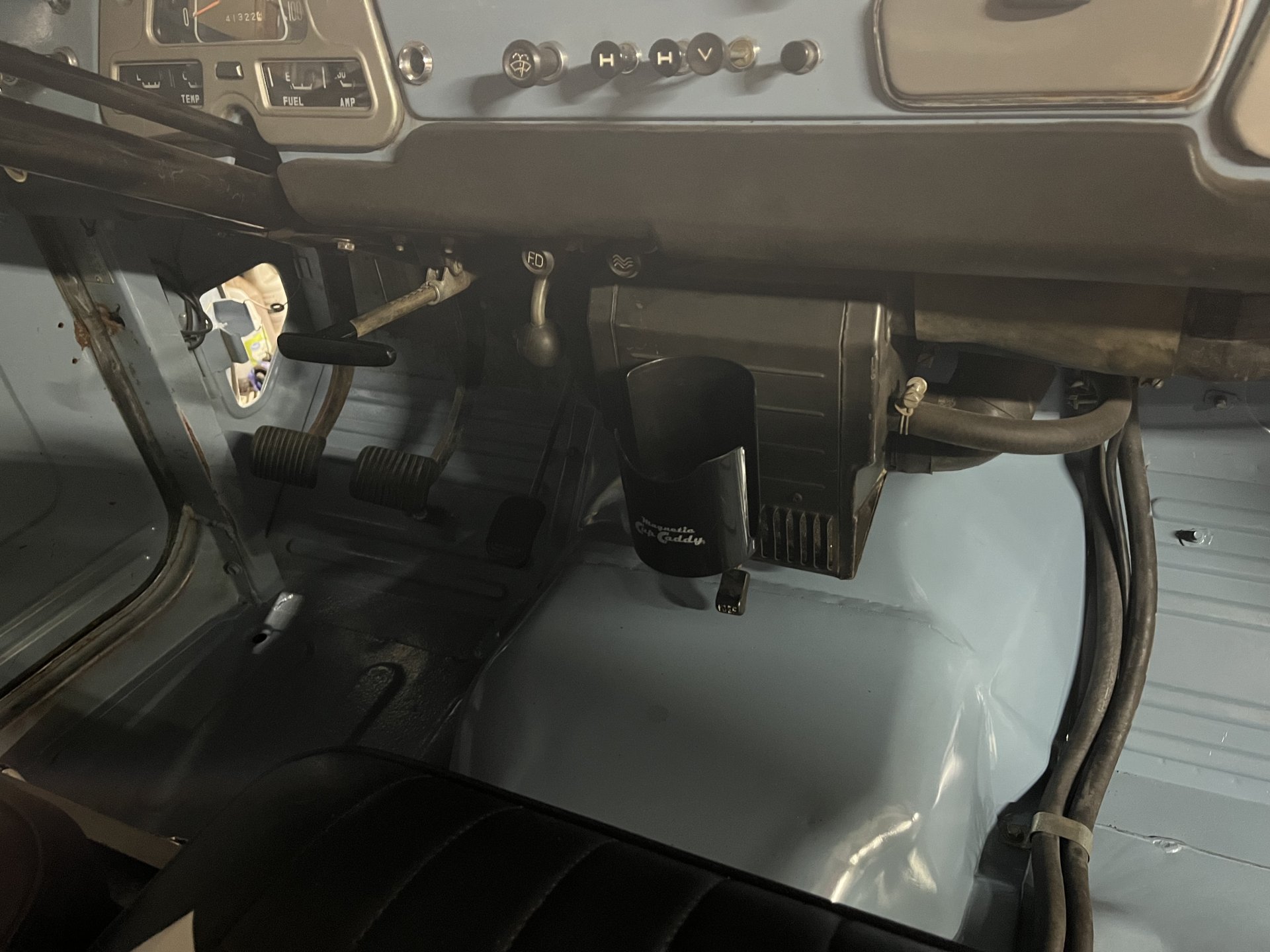 Our son 3d printed one that works nicely and is easily removed. 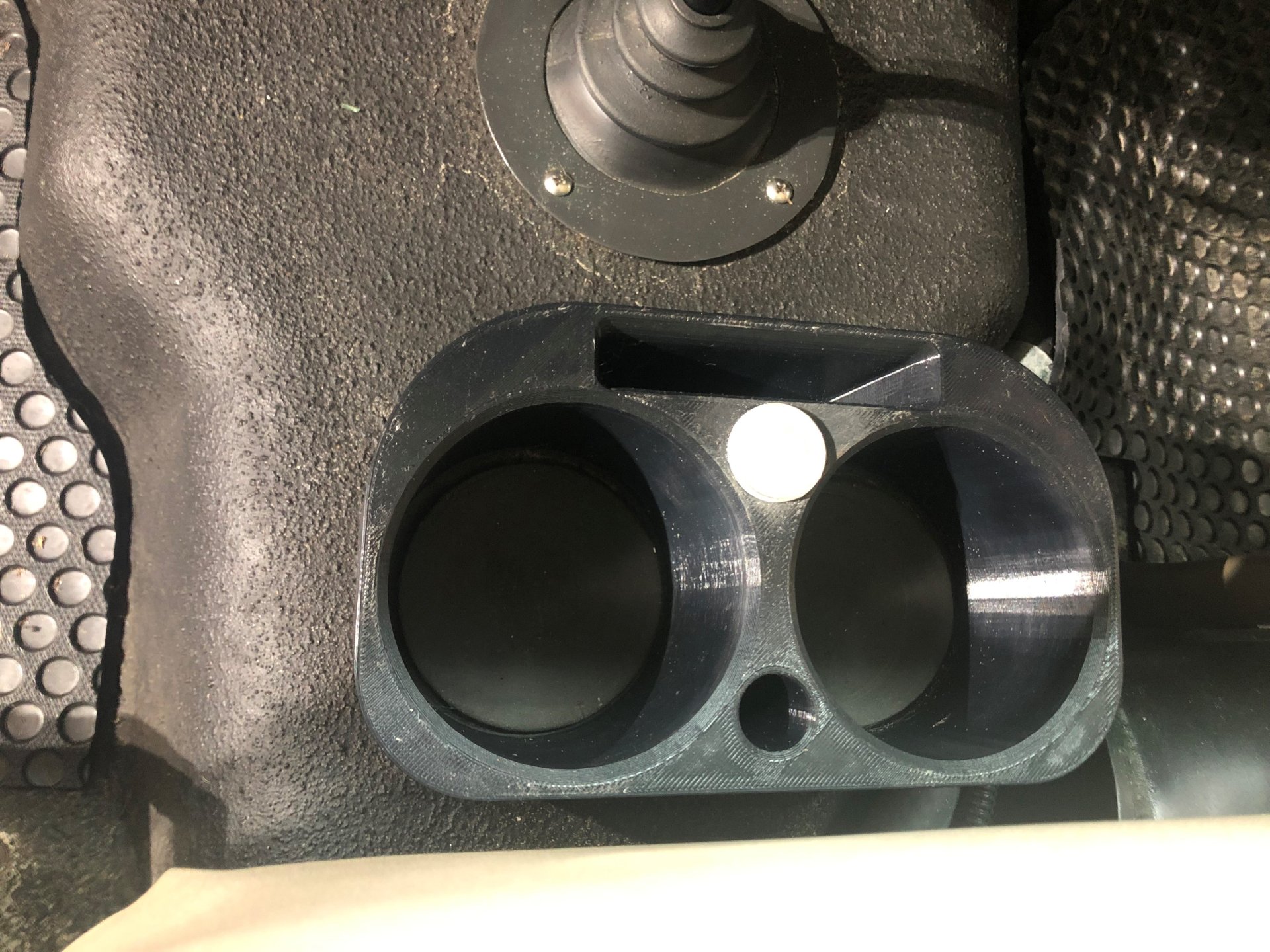 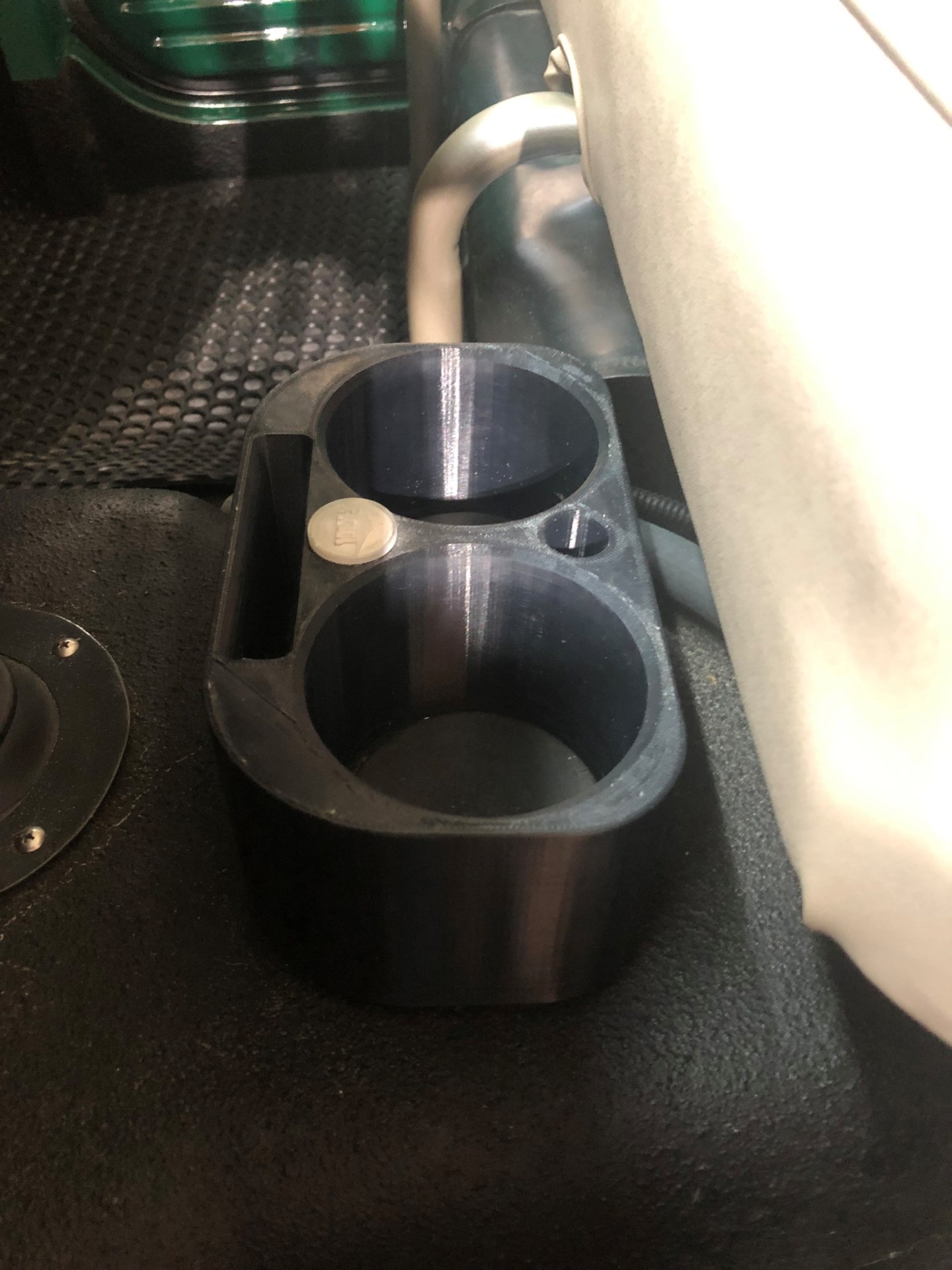 Green Bean said:
Our son 3d printed one that works nicely and is easily removed.
Click to expand...

McMaster-Carr is the complete source for your plant with over 595,000 products. 98% of products ordered ship from stock and deliver same or next day.

I went with a Ram Mount cupholder in my 69. The handlebar mount and arm connected perfectly to the leg on the bench seat. I also have a magnet mount for my phone thats on the front of the heater, but it will accept the cupholder too. 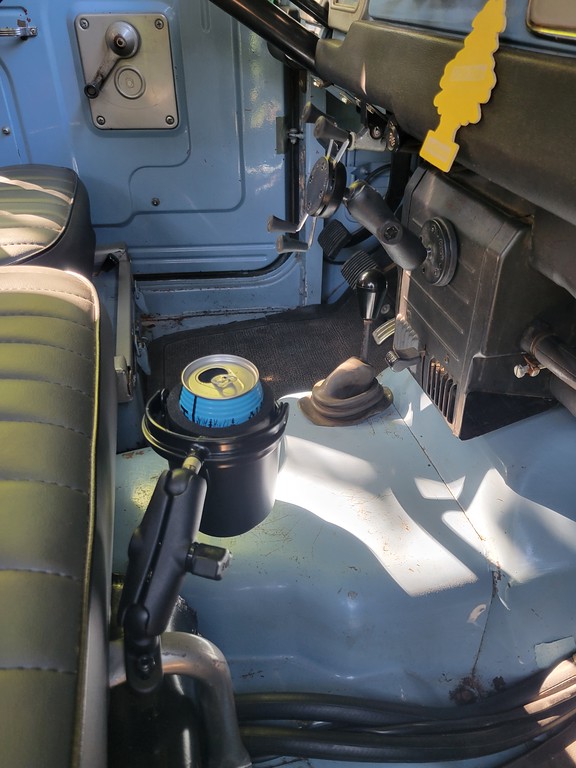 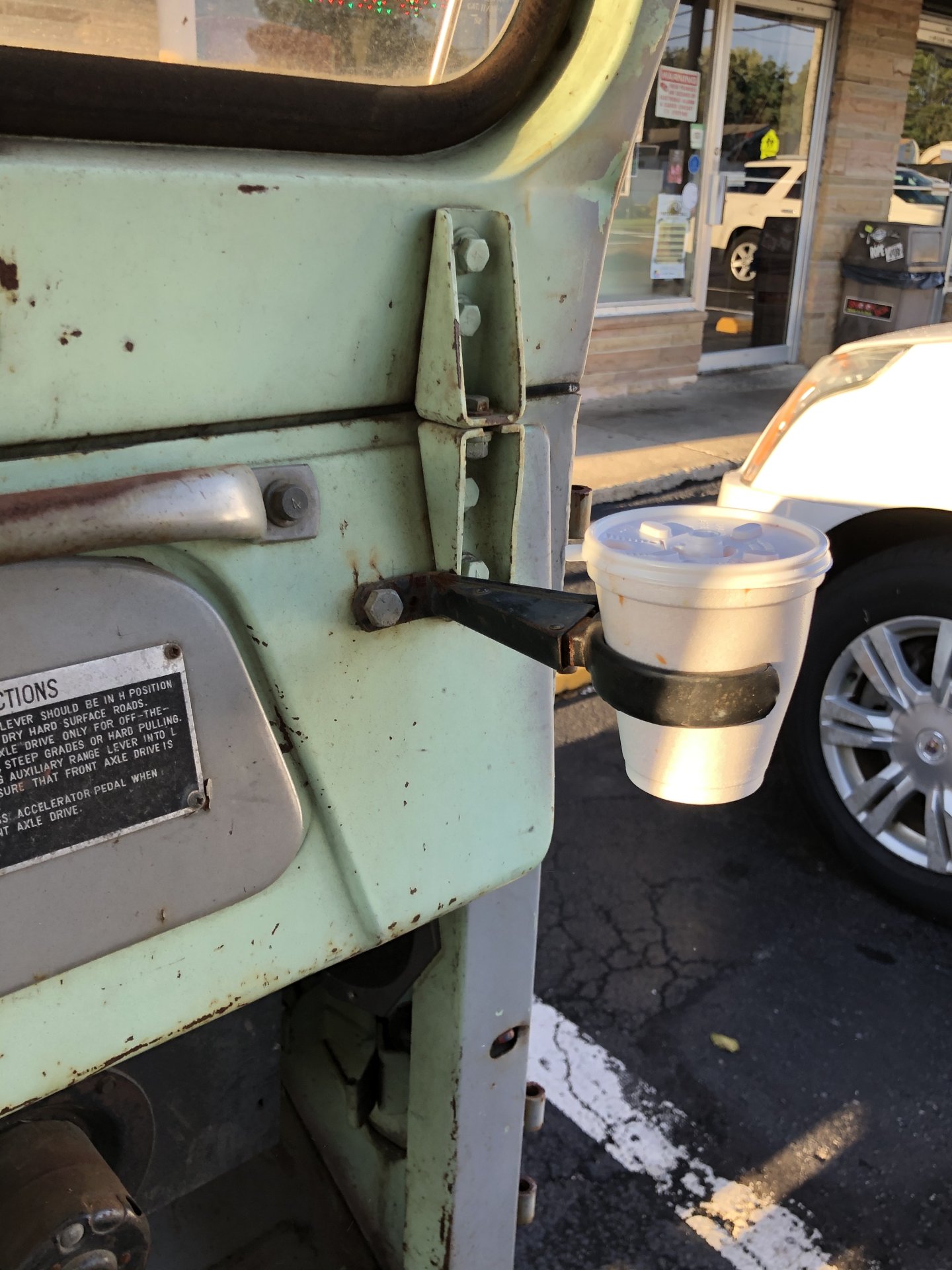