i thought his was more of a silver...if not then yeah likely him as I think his is 05 or 06....he just put a snorkel on it a couple months ago...did it have a snorkel?

Nope ,wasnt me unless they were in mount pleasant later in the day. Spent the first part on the blue ridge in perfect 65 degree weather.

Spoke to guy tonight in Avondale who has a white 100 like mine. He has a ARB combination front bumper and the rest of the truck stock. He said he is wanting a lift and has been shopping Slee's sight. I gave him a card and encouraged him to stop by the forum and lunch tomorrow.
Seems like a nice fellow and hope he stops by.

Saw this today in the Food Lion parking lot near West Ashley Toyota. I placed a card on his window. 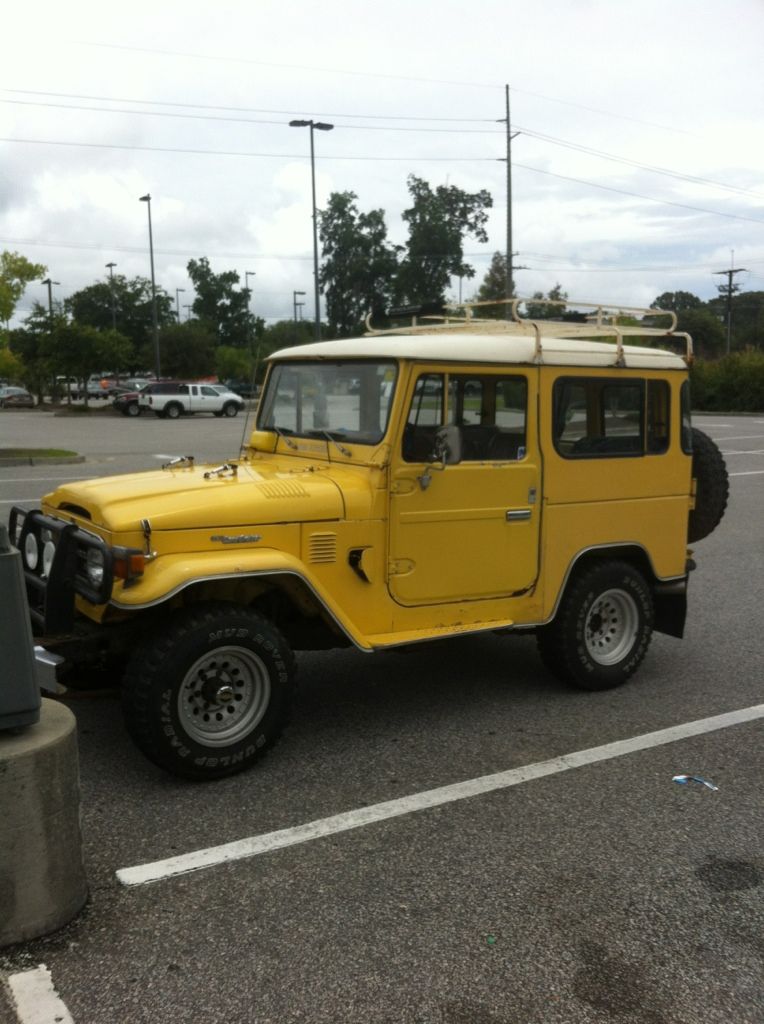 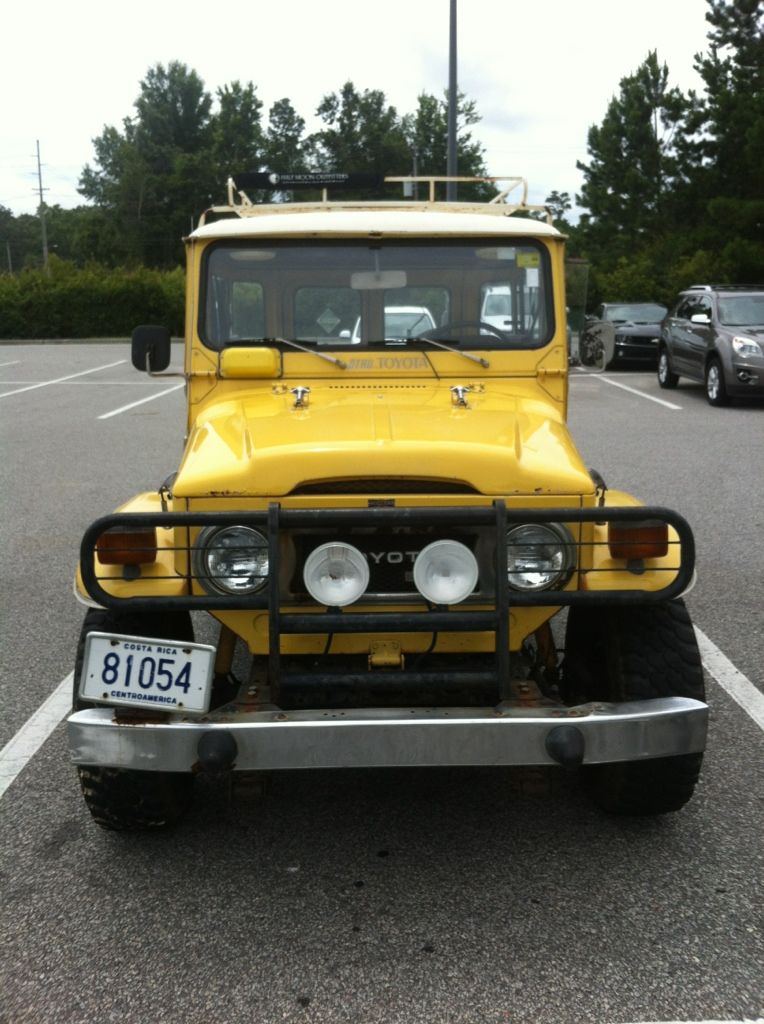 I've worked on that 40 with terry. I can't remember the guys name but its his sons. The father used to drive a white 06 LC but was selling it. Kinda rough but still ok. From what I remember they family was pretty well off financially.

The yellow one looks to be a diesel, looks like the placard is just behind the drivers side fog lamp. Anyone know this to be true?

I can comfirm it is diesel. I did some work on it with Terry.

I received an email a couple weeks ago on the club website with someone intersted in joining us. REsponded and then went to rifle range in Awendaw that following Saturday to sight in a new rifle before it got crowded. Got there at sunrise....sighted in rifle and as I was going to get another gun out to shoot for a minute before leaving....guy coming over with his father and son sees me in the SFLC Fleece jacket and stops me.

It was same guy...hahaha. He just bought a 79 FJ-40 and had it in Glenns shop for a week or so getting work done to it. So I gave him a card, couple stickers and hope to see him around. His name is David Crutchfield and lives in Mt P if anyone sees him around.

michaels next Land Cruiser for cruising the neighborhood behind the bbq business...haha

Brock said:
michaels next Land Cruiser for cruising the neighborhood behind the bbq business...haha

Brock said:
michaels next Land Cruiser for cruising the neighborhood behind the bbq business...haha

I have no idea.

If we could only all show up at same time lol.

I think it is Clint Fisher...guy that used to work with me that tried to get in club but he was always out of town.....stop him one day and ask him to come out again.

If I see him again I'll ask. Or leave a card.