Was not getting a response in another thread so I thought I'd split this out. Been cleaning up the coolant leaks on a 95 FZJ80. Still have one left that I know of. I can't seem to find what the part number is. It is on the inside of the housing the thermostat is mounted into and on the outside of where the coolant outlet pipe drops into. The heater return line bolts to the top of that housing.

In the picture you can see it pooling on the housing behind the water pump where the outlet pipe goes into. That'd be the down pipe with the short inner pipe. All three orings were replaced in that. The red at the top of the coolant outlet pipe is not coolant, it is red assembly grease I used to lube the oring prior to install. A bit of it squeezed out. If you look at the block that the heater return pipe bolts to and that the thermostat is mounted on, on the side next to the coolant outlet pipe, it looks like it has been leaking. There is a line of dried coolant all along the top of that part at the seam (not sure what the part is called). That is the gasket that I have been looking for. Does anyone know the part number for that gasket on the opposite side of where the thermostat mounts? It looks like it should be square in shape. 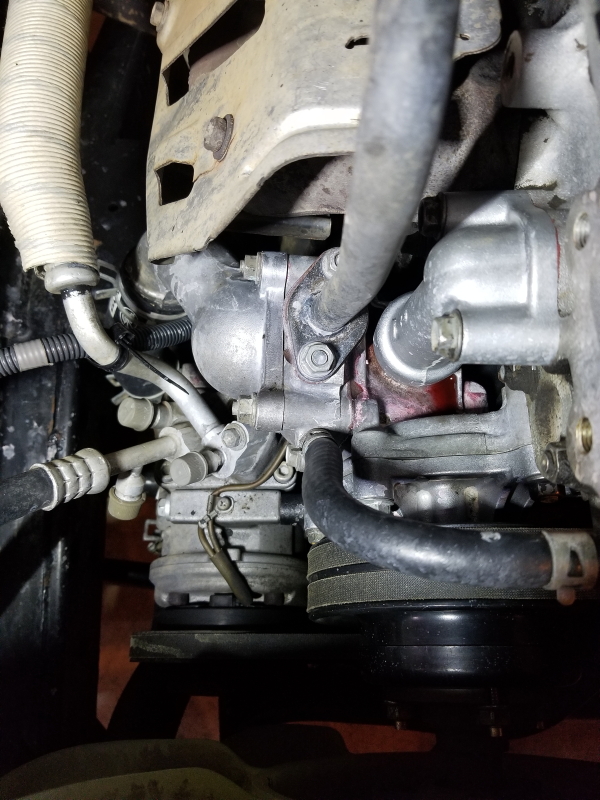 I can't tell from your description what you're looking for, but I can tell you how to find it:

Put your VIN in the PartSouq website and look in the Engine/Fuel/Tool section, fiche 1603 Radiator and Water Outlet. There are two with this designation, you want the one that has the radiator and all the piping, not the one with the radiator only. 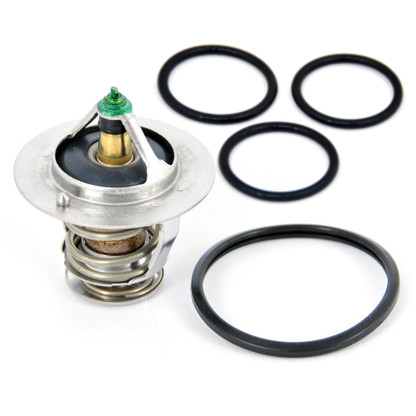 I've added an arrow to show the location of the seal and where the leak appears to be. That is the inside of the housing I'm talking about. On the outside of that housing is where the thermostat is mounted and the thermostat cover bolts to that same housing. The heater return hose is what is bolted to the top of that same housing and there is a bypass hose that is attached to the front top corner of that housing. 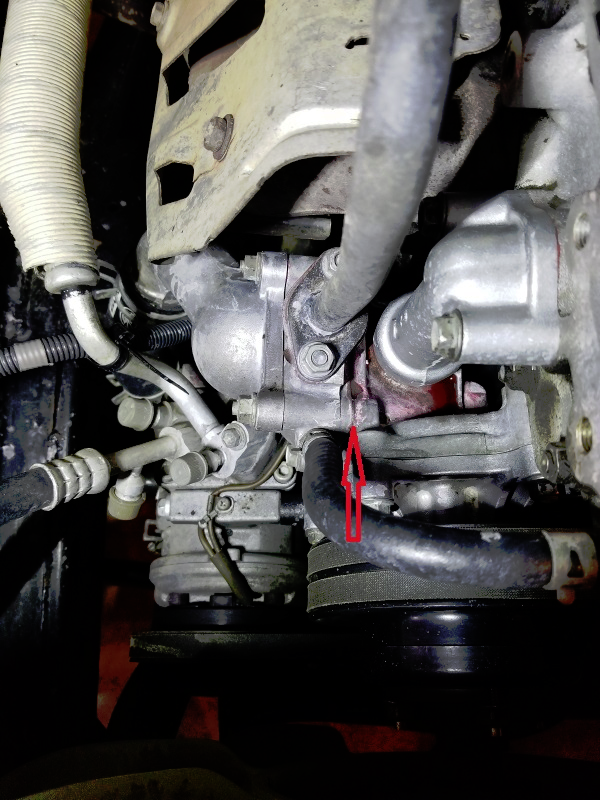 
Already done that. Also replaced the pipe itself.

@rons1957 I think (you need to double check because mine is a '94) what you are looking for is 16119-66020. It is the squarish gasket which sits between the bypass housing and the head. I recall it is a metal gasket.
R

Irish Reiver said:
@rons1957 I think (you need to double check because mine is a '94) what you are looking for is 16119-66020. It is the squarish gasket which sits between the bypass housing and the head. I recall it is a metal gasket.
Click to expand...


By golly, I think that is it. Thank you. It also looks like one of my local Toyota dealers may have it in stock for under 6 bucks.

I was going to wait till spring to work on the last of the coolant leaks. This may prompt me to do it sooner.
You must log in or register to reply here.

A
Valve Cover Gasket & Tune Up... Minus One Nut

How did Mr. T attach the corner light gasket?

A
Valve Cover Gasket & Tune Up... Minus One Nut