Now that I have another child turning 14, Brooke thought that I should go on the hunt for a vehicle for him.
She wanted him to get something so he was able to practice with it before he got his school permit. Which is usually 6 months after passing test for learners permit.

There is a FJ55 just down the road that I had been looking for a reason to buy, but, we decided that airbags where a must. After scanning CL for a couple of months, driving to Chicago to find a very miss represented 100 series. I decided that he needed a 80 series like his sister had already.
They are easier to work on, F and R lockers and just plain cool looking.

So, on a Friday after I got off work, we rented a car and drove to southern Missouri.

This is what we drove home. 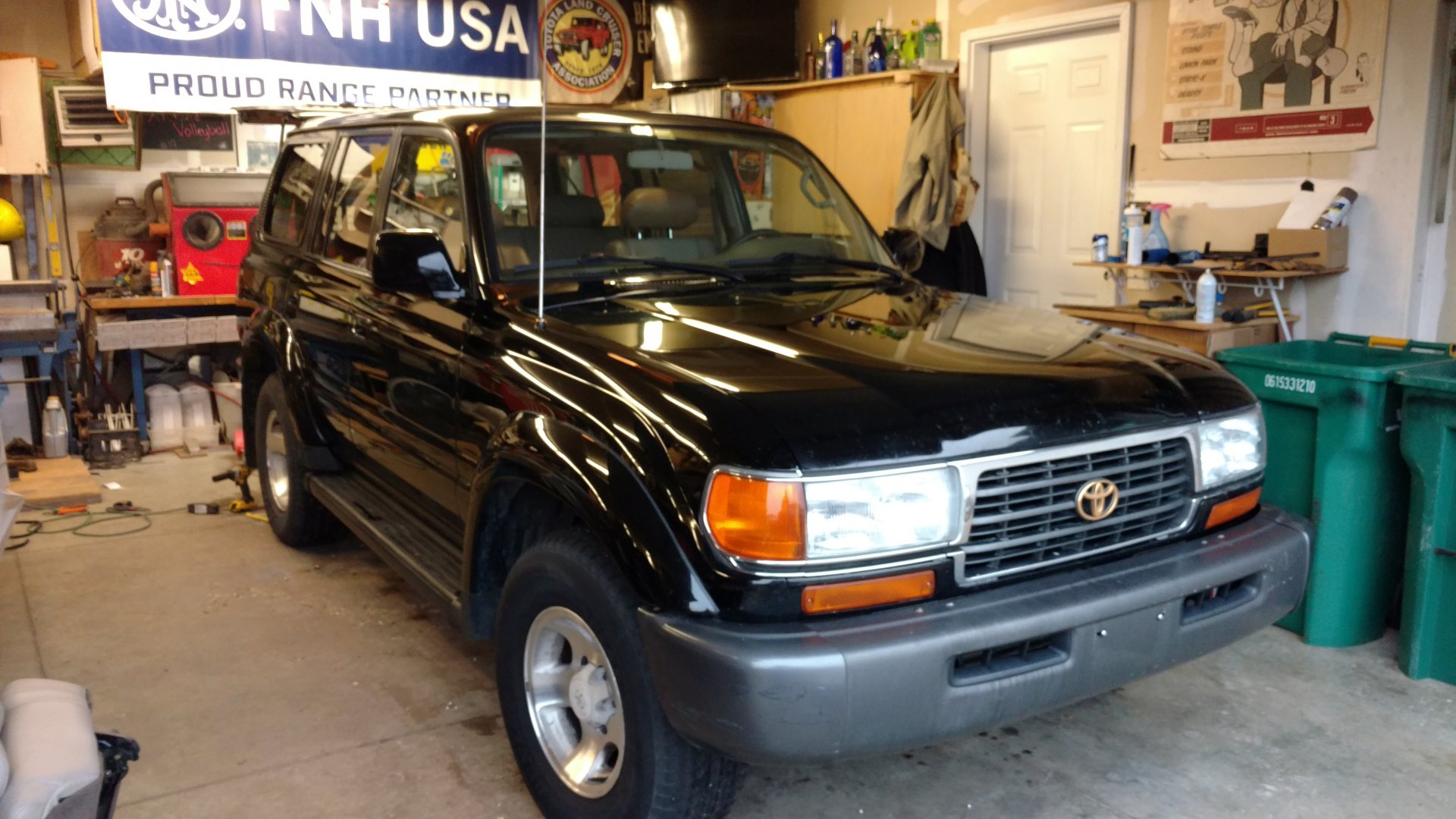 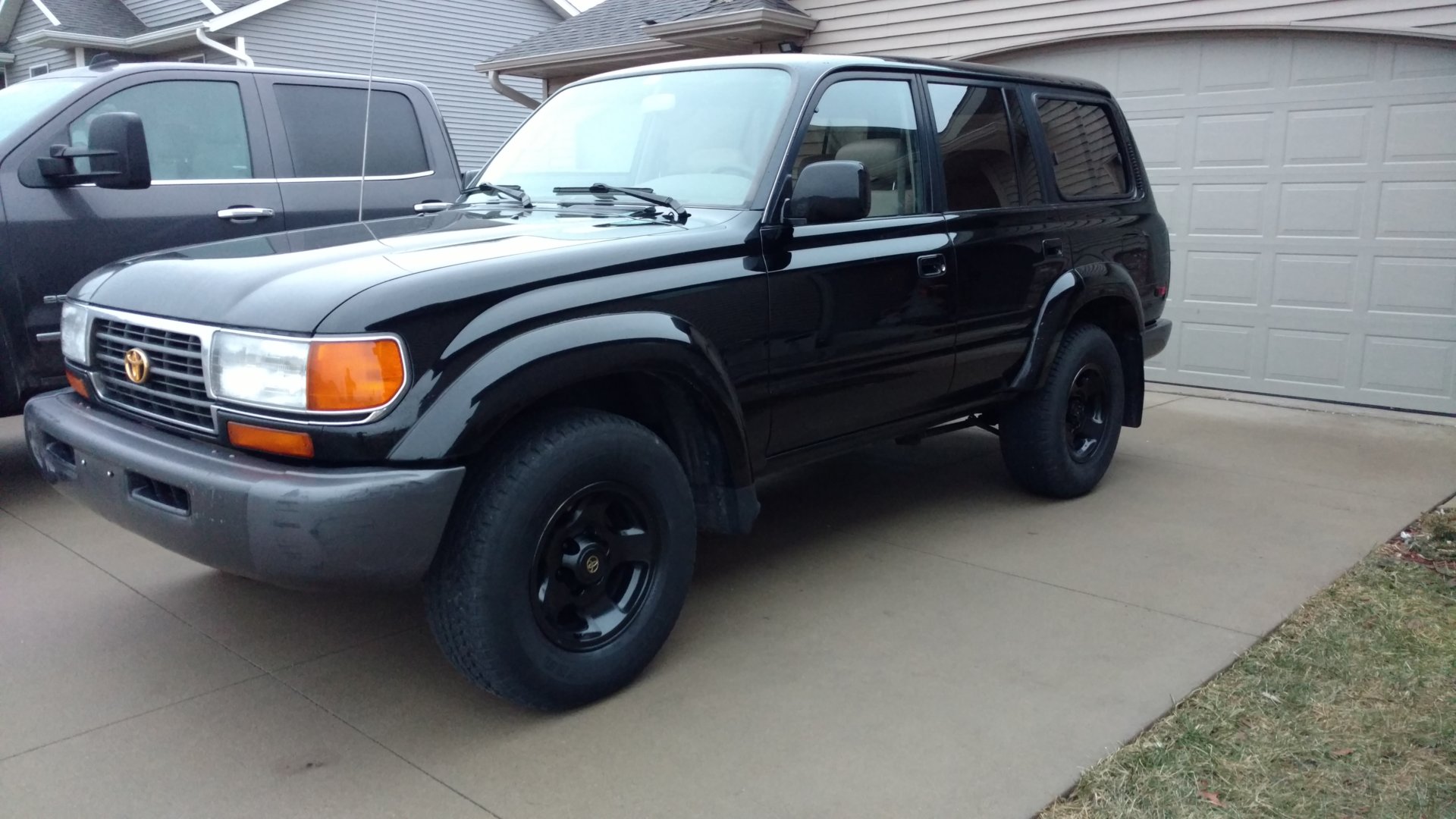 After pulling off tow receiver and running boards and painting the wheels black.

He wanted to black out the front also. 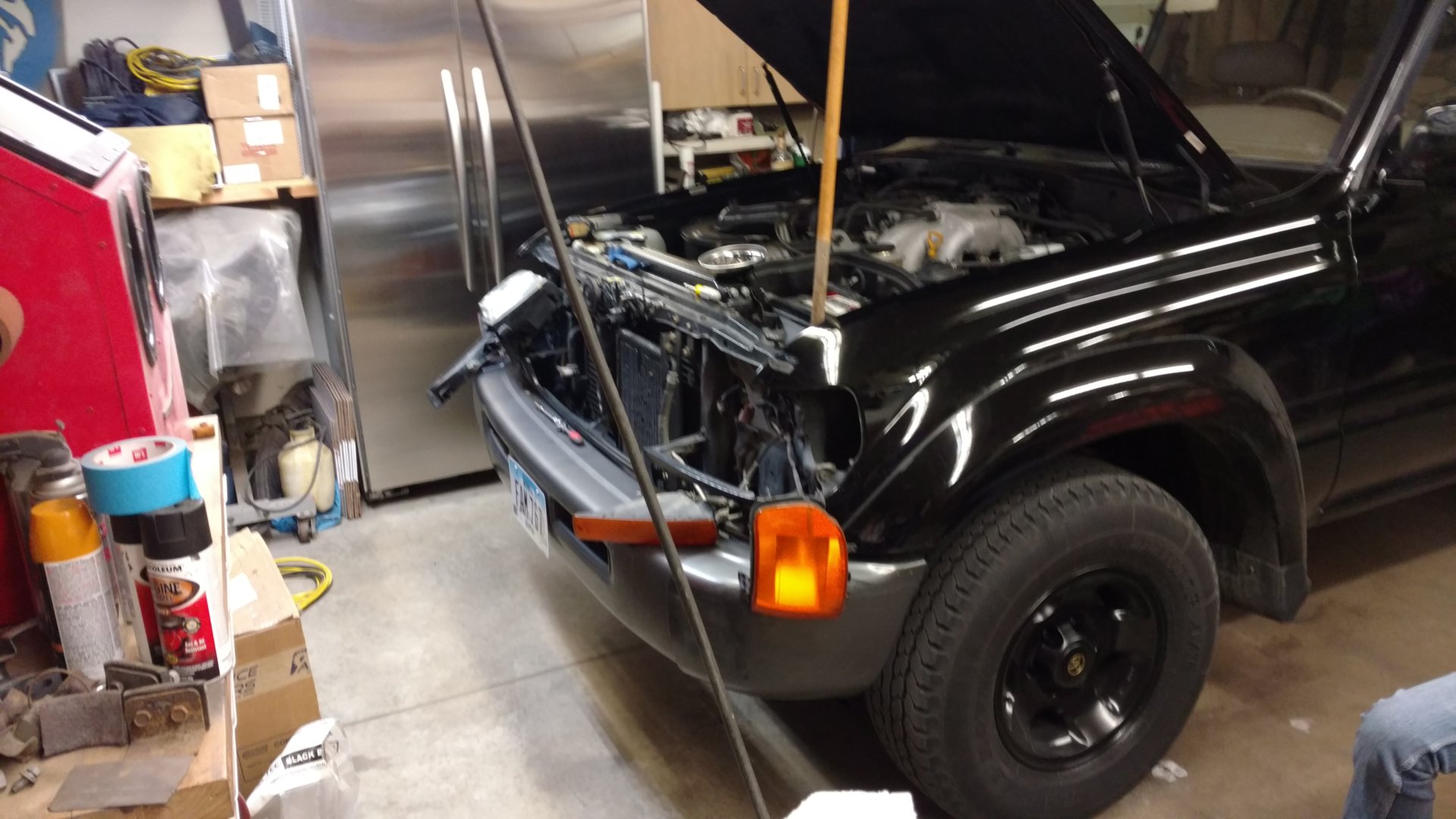 Waiting for paint to dry is hard work! LOL 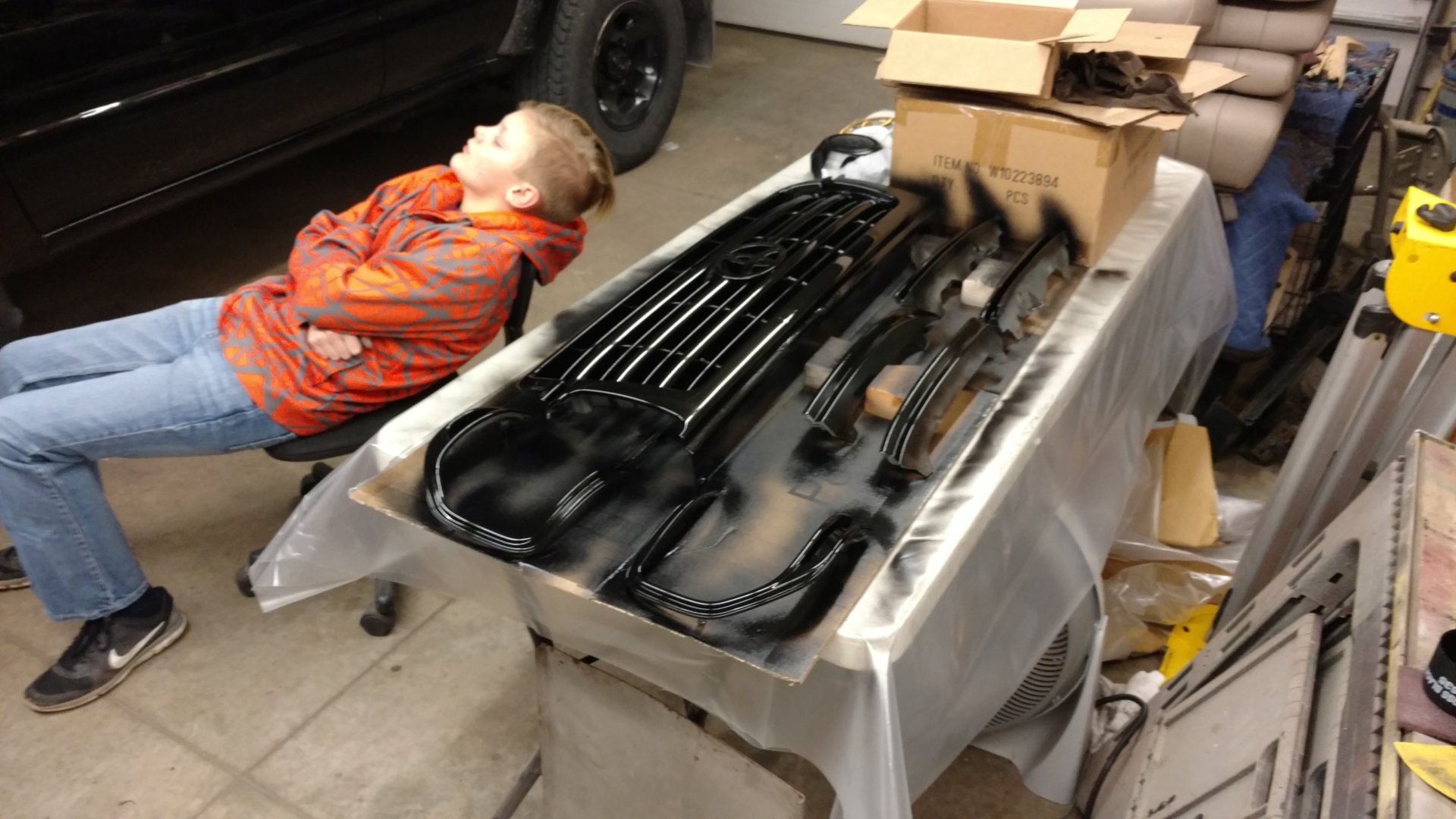 Loaded her up and headed to the farm. 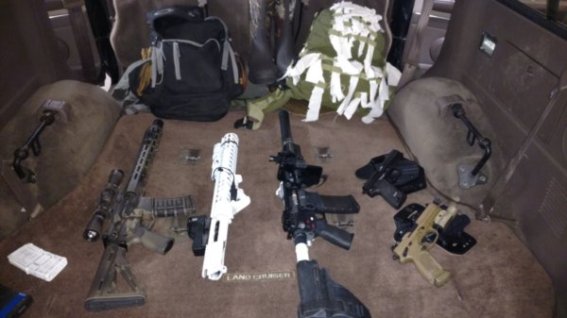 Did some leather work. His pass seat was tore. We found some good bottoms to make do. 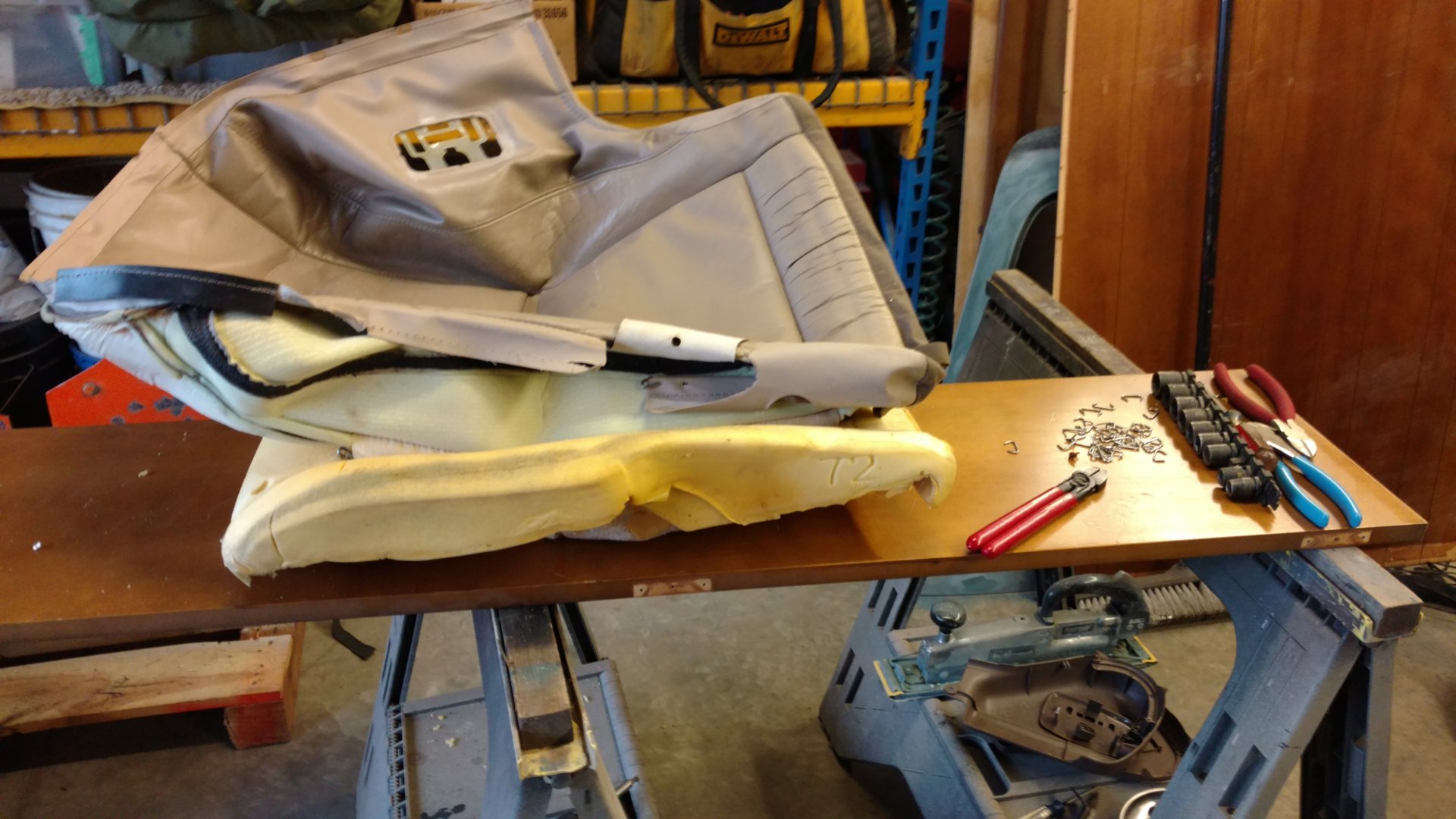 Here it is with the front blacked out. Now it's time for the ARB to replace the factory bumper. As you can see underneath it what my next project is. Parts are on order, this one and Braydens are getting done.

ARB installed! He is pretty excited about it. I used Raptor spray bed liner for it. Now I need to find some fogs to fit in the bumper slots. 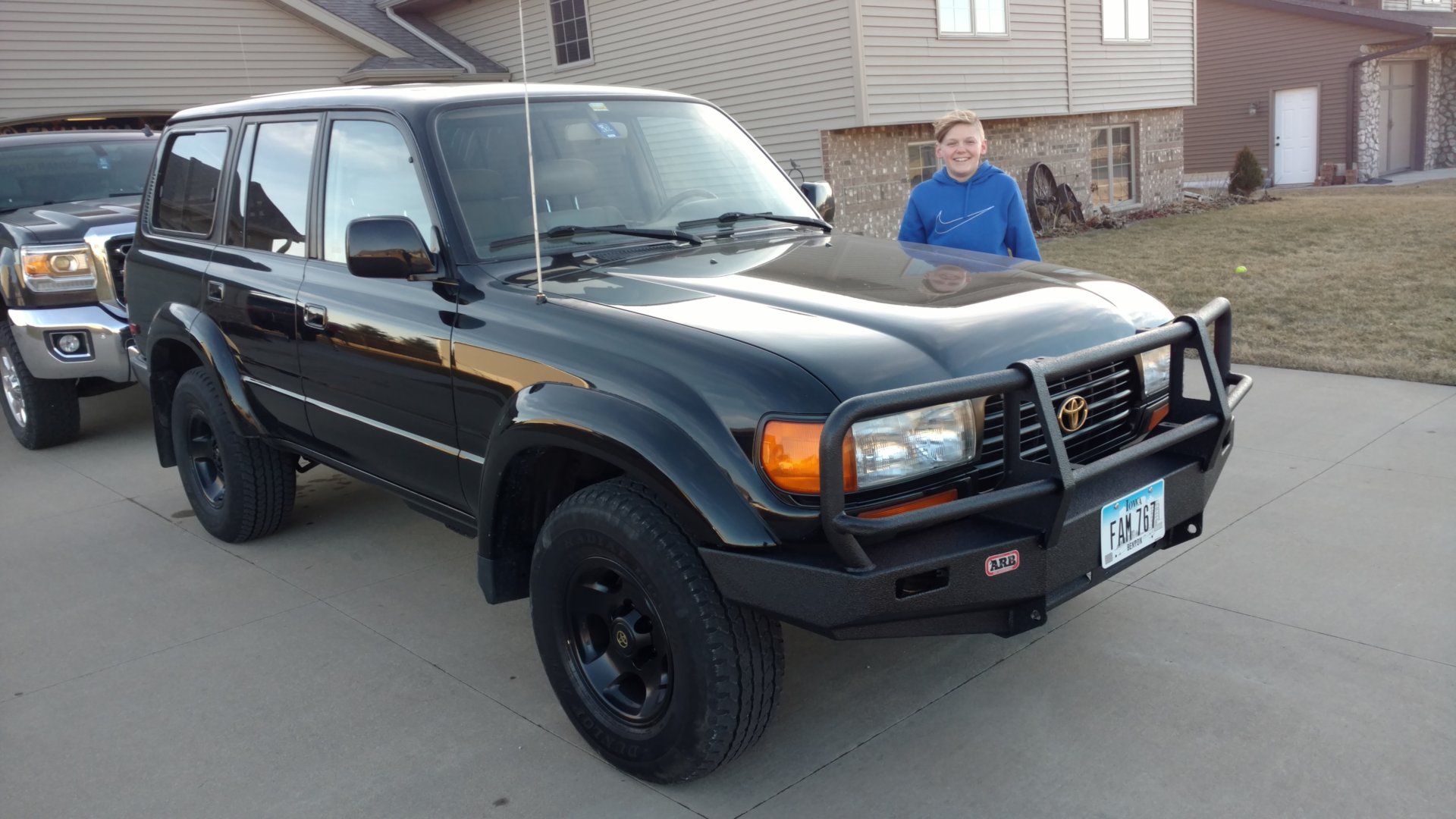 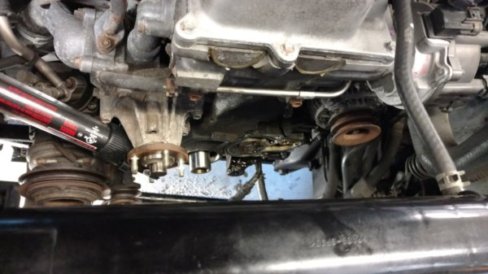 Hopefully I don't have anymore drips on my driveway. At least not from this one anyway.

Thanks, they have been wheeling with me since day one. Always in a Cruiser, it gets me in the heart strings when they want their school car to be a Cruiser. I wouldn't have it any other way.

Soon you'll we a walking 80 encyclopedia. Make sure you get that pulley back to 305 ft lbs.

LOL, Mud is an Awesome resource!

Thou if I need the correct 80 series answer quick, you'll still be my phone a friend. HAHA 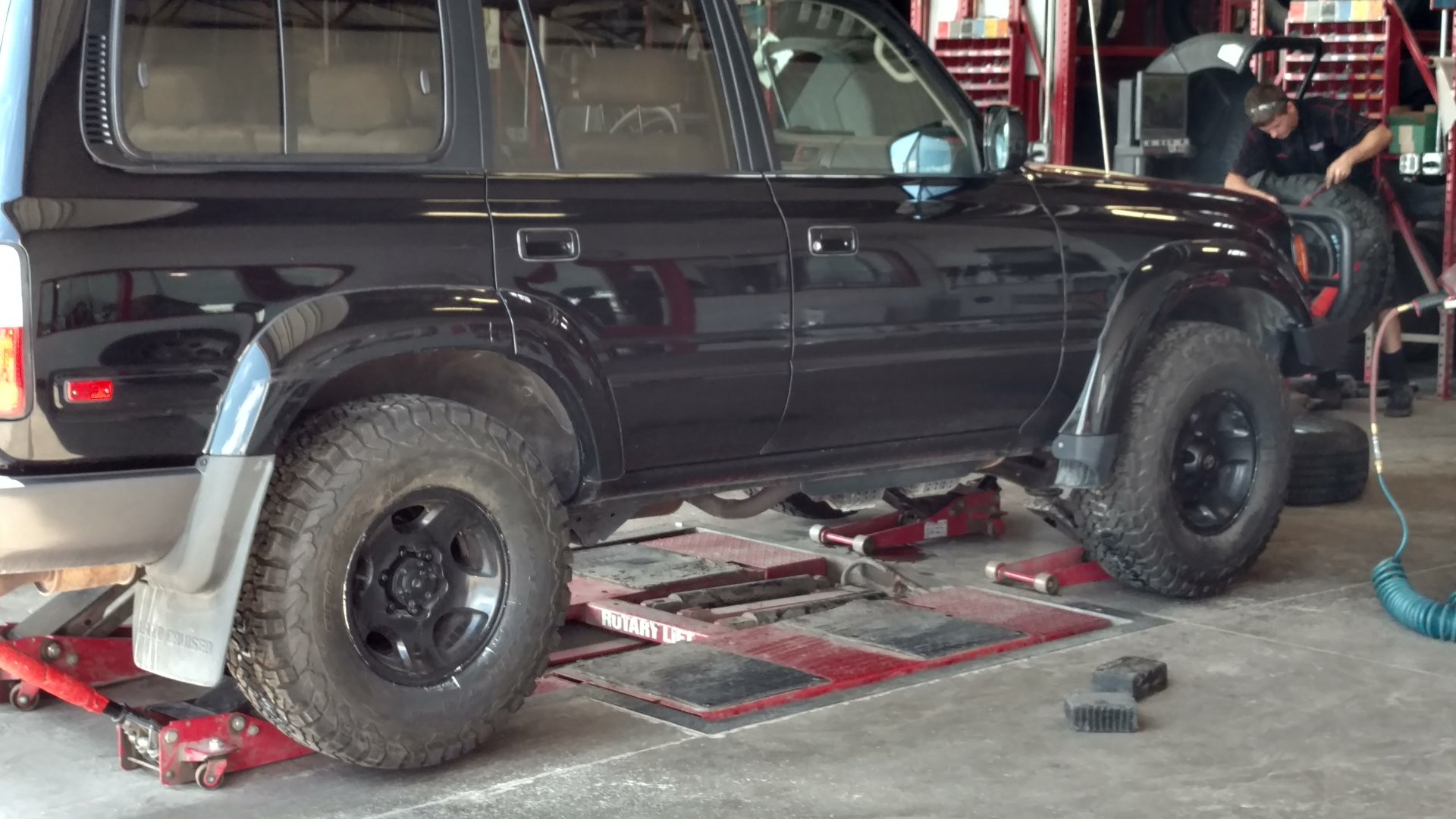 Well, more spots on my driveway. Betty gets new gaskets on her power steering pump. 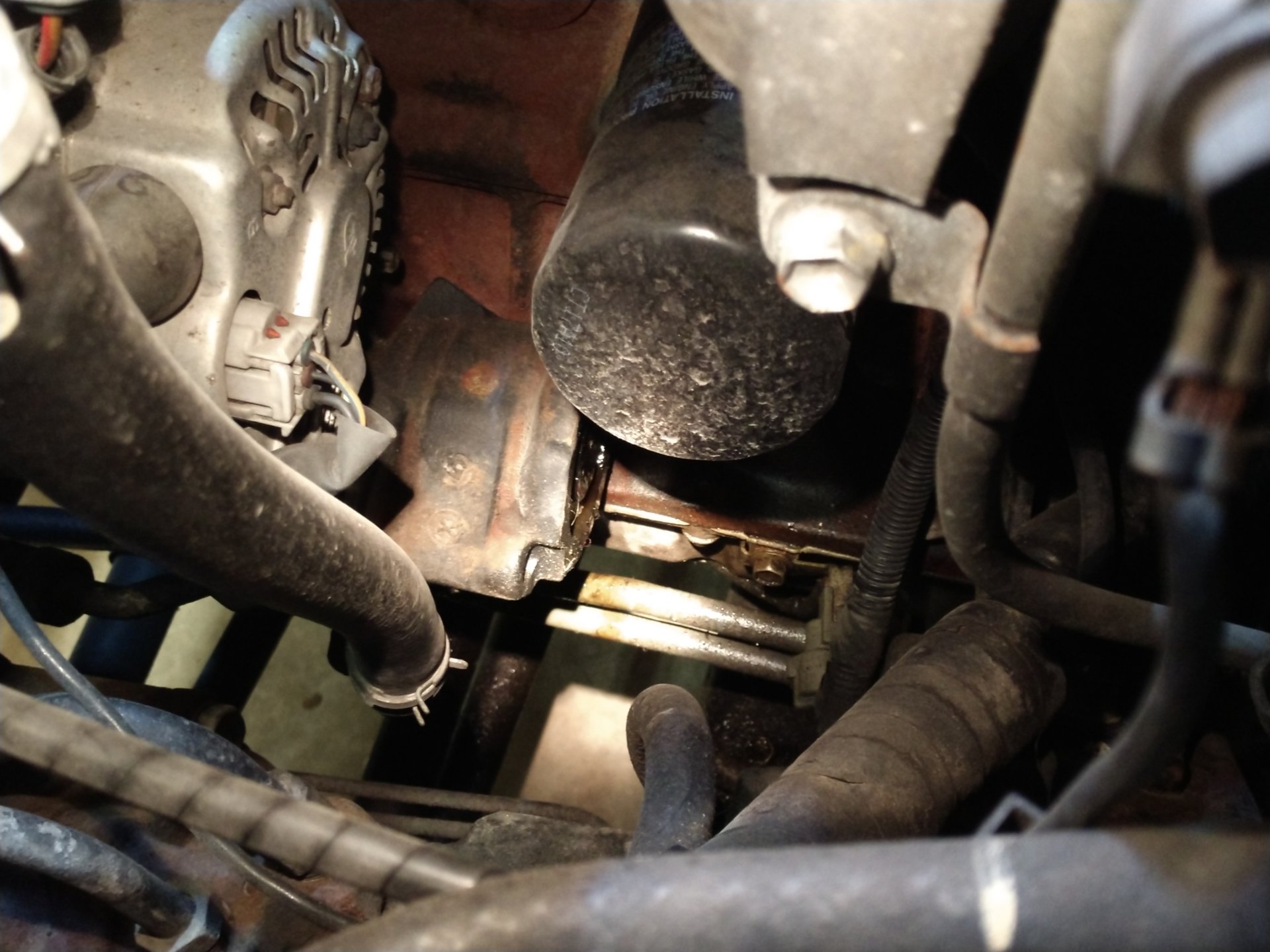 Did you rebuild the pump yourself? I have the parts but it hasn't been bad enough for me to do it until it hit 20 below of course. It's leaking pretty bad now . I thought about finding one in a junkyard and swapping them while I rebuilt mine in case I screw it up.

I just replaced the o-ring, and lock ring in the back. Really easy to replace. The hard part is getting the banjo fitting off, and that wasn't bad.

Just remove your battery box, impact and extension removed the bolt in the banjo. No more leak.

Bruce has a bit of a leak also, the kit came with three of those o-rings so I tried to pull the back plate off while still in the truck.
Couldn't get the lock ring to pop off, not enough prying force in there. I will do it when It warms up and I change oil.
T

I have a bunch of work to do to the power steering. I bought a new pump and the o-rings for the current to have a spare, going to replace the hard lines and the paperclip with soft lines and the derale power steering heat sink cooler. Also have some weeping from the high pressure line. Just got to the point where it needs an oil change and trying to build up the courage to tackle all of this.

I would say it would be easier without the oil filter in the way. Really not that bad of a job for just the pump and low pressure lines.