Rebuilding the 1987 2F in my 1980 FJ40. Each wrist pin is 20 grams heavier than the stock pins, everything else is exactly the same weight. The reputable machine shop I'm using says that inline 6's don't need balancing as long as all 6 pistons, pins, rods and rings weigh the same. Not believing this, I called several other machine shops who said the same thing. As an automotive repair tech and ex circle track racer, I've always balanced my motors. A little net surfing found this on Wiki.

"An inline six engine is in practically perfect primary and secondary mechanical balance, without the use of a balance shaft. The engine is in primary couple balance because the front and rear trio of cylinders are mirror images, and the pistons move in pairs (but of course, 360° out of phase and on different strokes of the 4-stroke cycle). That is, piston #1 mirrors #6, #2 mirrors #5, and #3 mirrors #4, largely eliminating the polar rocking motion that would otherwise result.

Secondary imbalance is largely avoided because the crankshaft has six crank throws arranged in three planes offset at 120°. The result is that the bulk of the secondary forces that are caused by the pistons' deviation from purely sinusoidal motion sum to zero. Specifically, the second-order (twice crank speed) and fourth-order inertial free forces (see engine balance article) sum to zero, but the sixth-order and up are non-zero. This is typically a tiny contribution in most applications, but may be significant with very large displacements, despite the usual and advantageous use of long connecting rods reducing the secondary (second-order and up) oscillation in the piston motion in those applications."

What do you think? Any advise from you guys who know these motors? Thanks in advance.

You still can / should check the balance on everything, but with a straight six, there's no need for bob-weights on the crank when doing it.

When I did a '83 2F bottom end, the rods varied 38 grams. Had a shop check the crank, they said it was good as is. Pistons were really close. The rods were the only thing I balanced, engine has seen 5000 rpm with no issues.

No specific experience balancing a 2F, but I've never seen an engine that couldn't benefit from balancing. The inherent geometry of the in-line six may make it much easier to get a good balance, but as @RockDoc noted the weight of components between cylinders can still vary and will effect balance.

I just checked the weight of each connecting rod with pin, piston, rings and bearing shells. 4 weighed exactly the same 1824 grams. 1 was 1828 grams and the other one was 1831 grams. I removed material from the 2 heavy rods and got them to weigh 1824 grams.

O finished building and installing the engine, its smooth as glass. Thanks fellas.

Last engine that I rebuilt and balanced was my 1963 Dodge Power Wagon M37 flat head 230 cubic inch 6 cylinder. Crankshaft balanced front to back and on rotation. The Sealed Power pistons came matched at 571grams. Balanced the rods myself within 2 grams. These long rods have NO balance pads, top or bottom for grinding. Ground lightly on the seam of the connecting rod on the side. After the crankshaft was balanced, the flywheel was attached and balanced. Then the pressure plate was attached and balanced. Runs silky smooth, all 78 (?) horsepower. 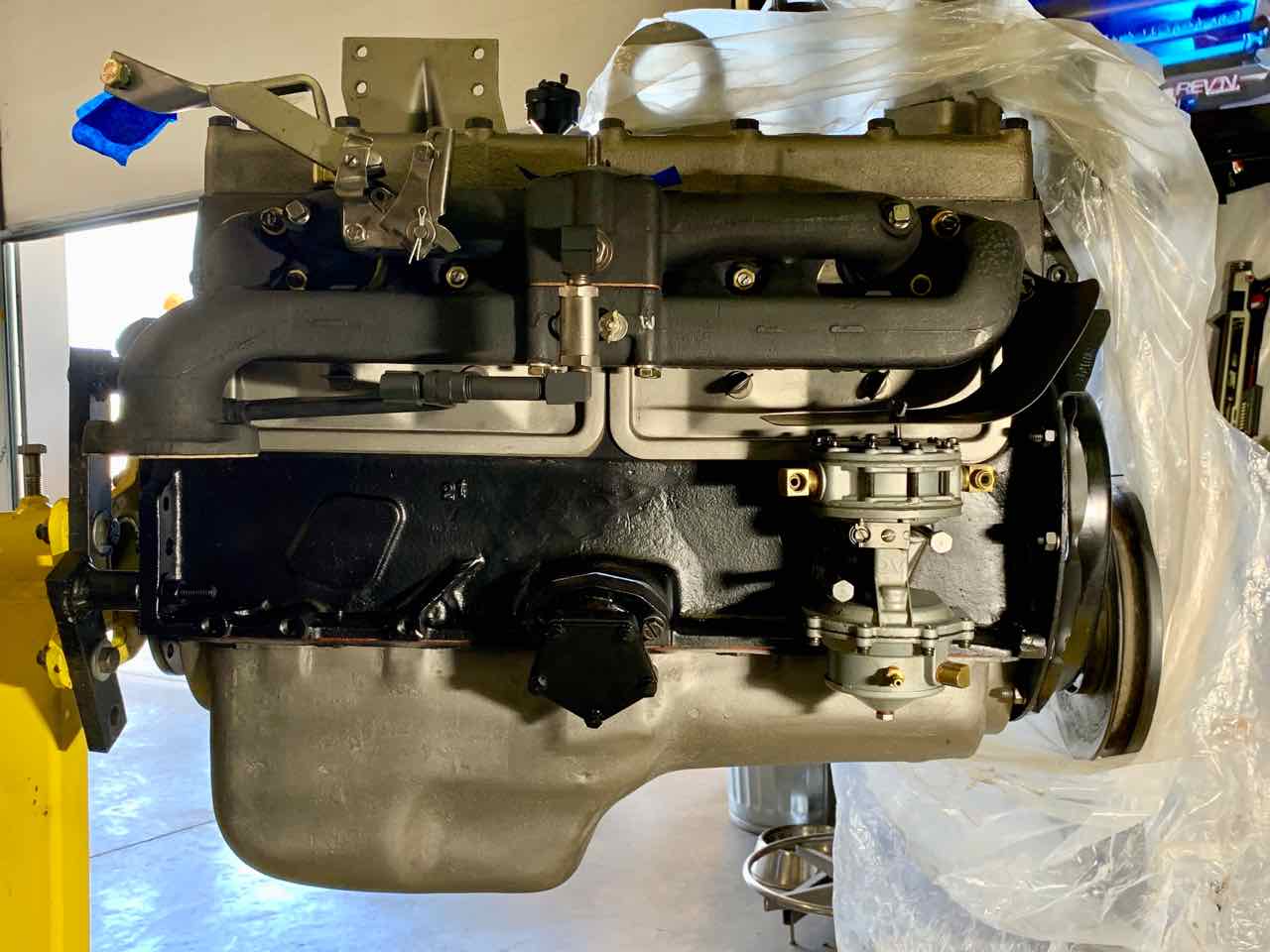 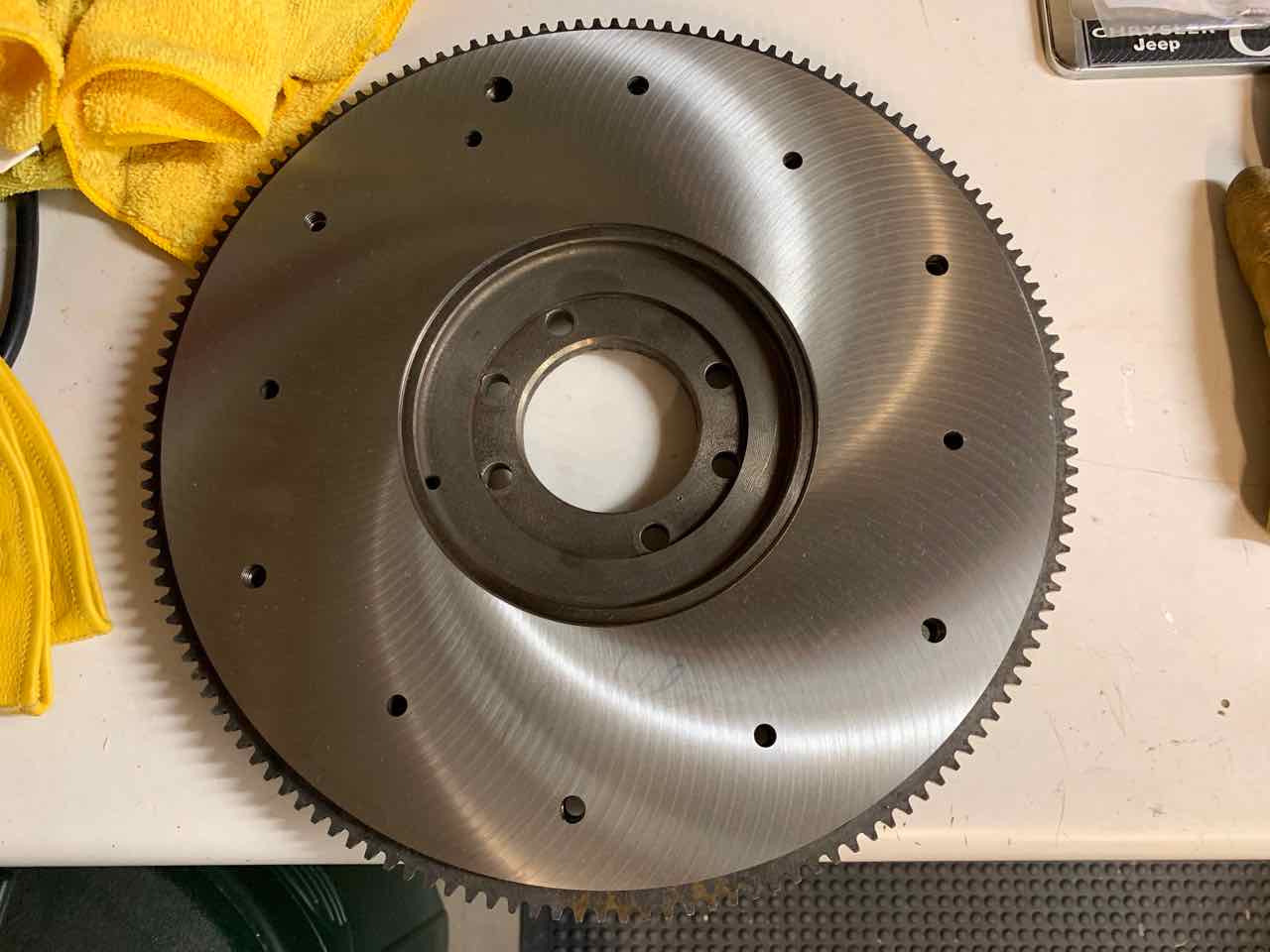