I recently had an opportunity to buy this 67 FJ45 from another member and cruiser enthusiast. I know that these US spec 45's come up so rarely, that it made sense to give MUD an update on her new home in Texas.

Because the community is such a small world, I learned that my 45 has been on MUD before:

SOLD !1967 fj45 lpb long wheelbase pickup. Very honest california born one owner truck. The original owner restored it in the 80's and used a 1978 fj40 as a donor truck for the dash, engine, trans,transfer, and axles. The cowl is original, just the dash was welded in and the firewall area to...

The only changes that I see from the pictures posted in 2016 and the truck today are the ARB "catchers mask" has been removed, welded OEM wheels were swapped for Toyota split rims from the PO's FJ43, the bezel was swapped for a "land cruiser" stamped early style bezel, and the rear receiver hitch was removed. I also got a second set of early style doors that are pretty straight and the dash now has a lockbox where the dash pad usually goes.
She still starts, runs, drives, and stops great. Recently replaced the steering stabilizer, as it was worn out. There's still the drip from the oil pan rear. Still no rust that I can see.

I’ve had a 40 for many years now and I get more thumbs up and smiles with this truck than anything I’ve ever driven.

Happy to join the 45 owners club and look forward to learning from all of you here on MUD. 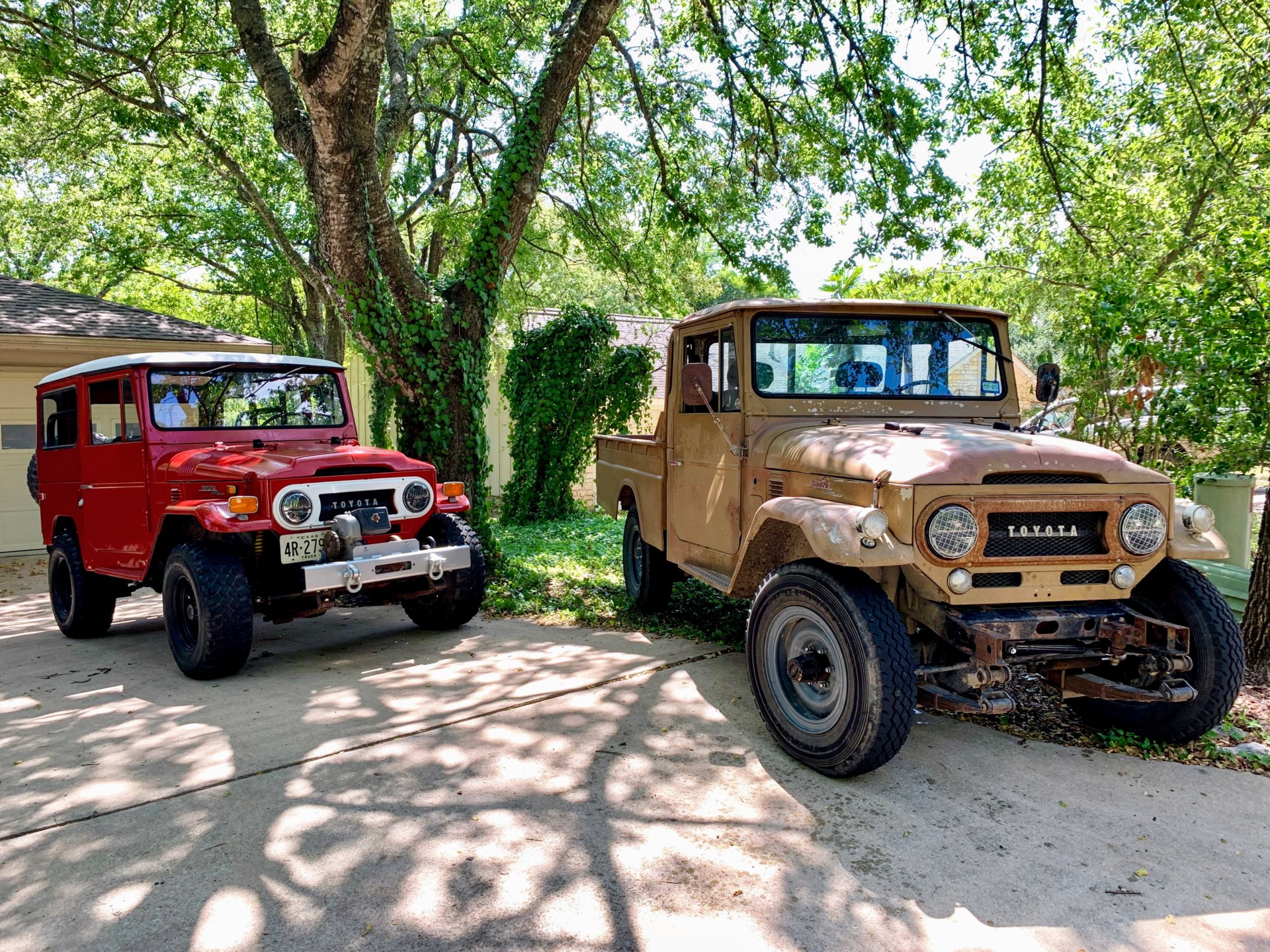 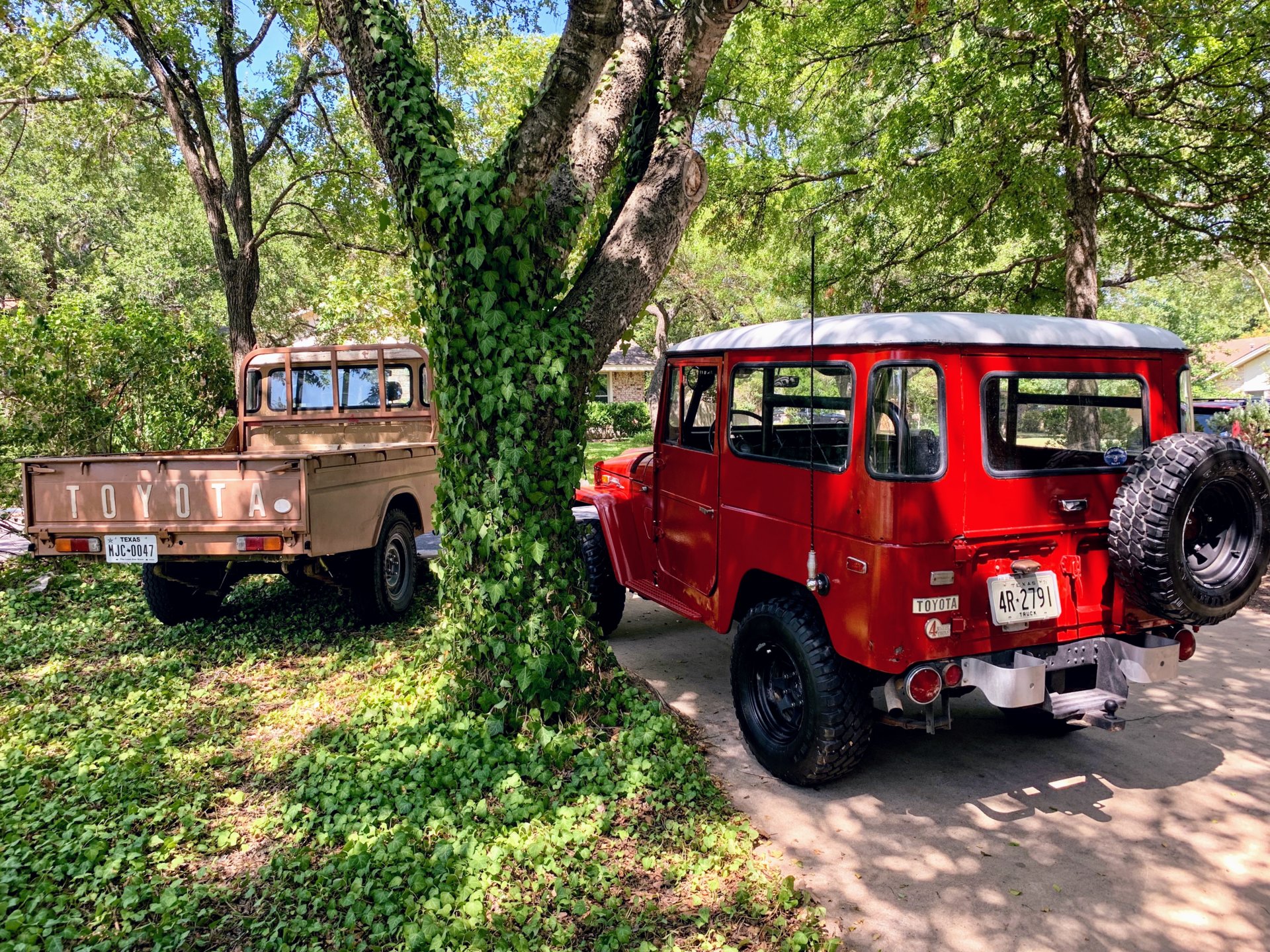 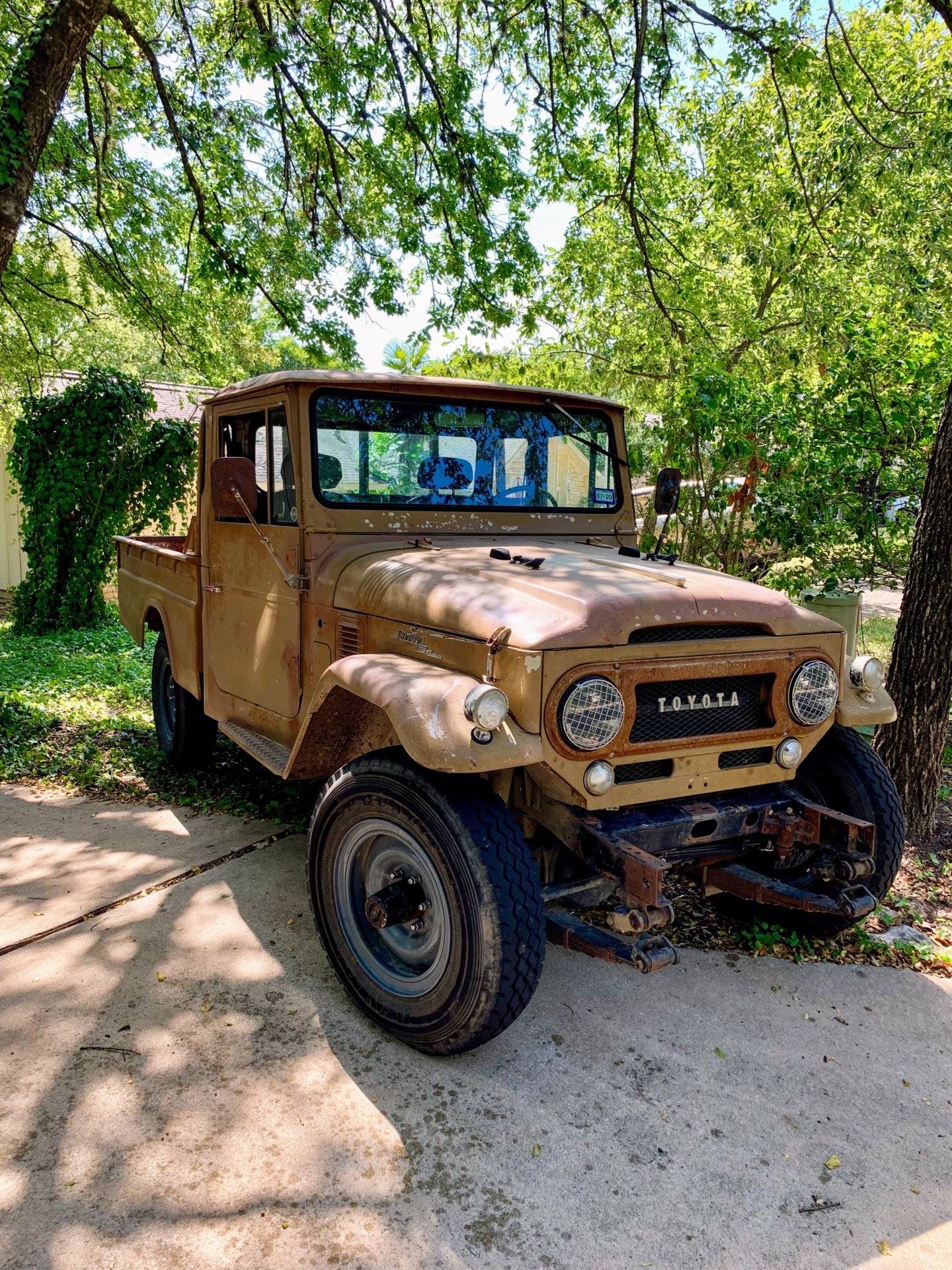 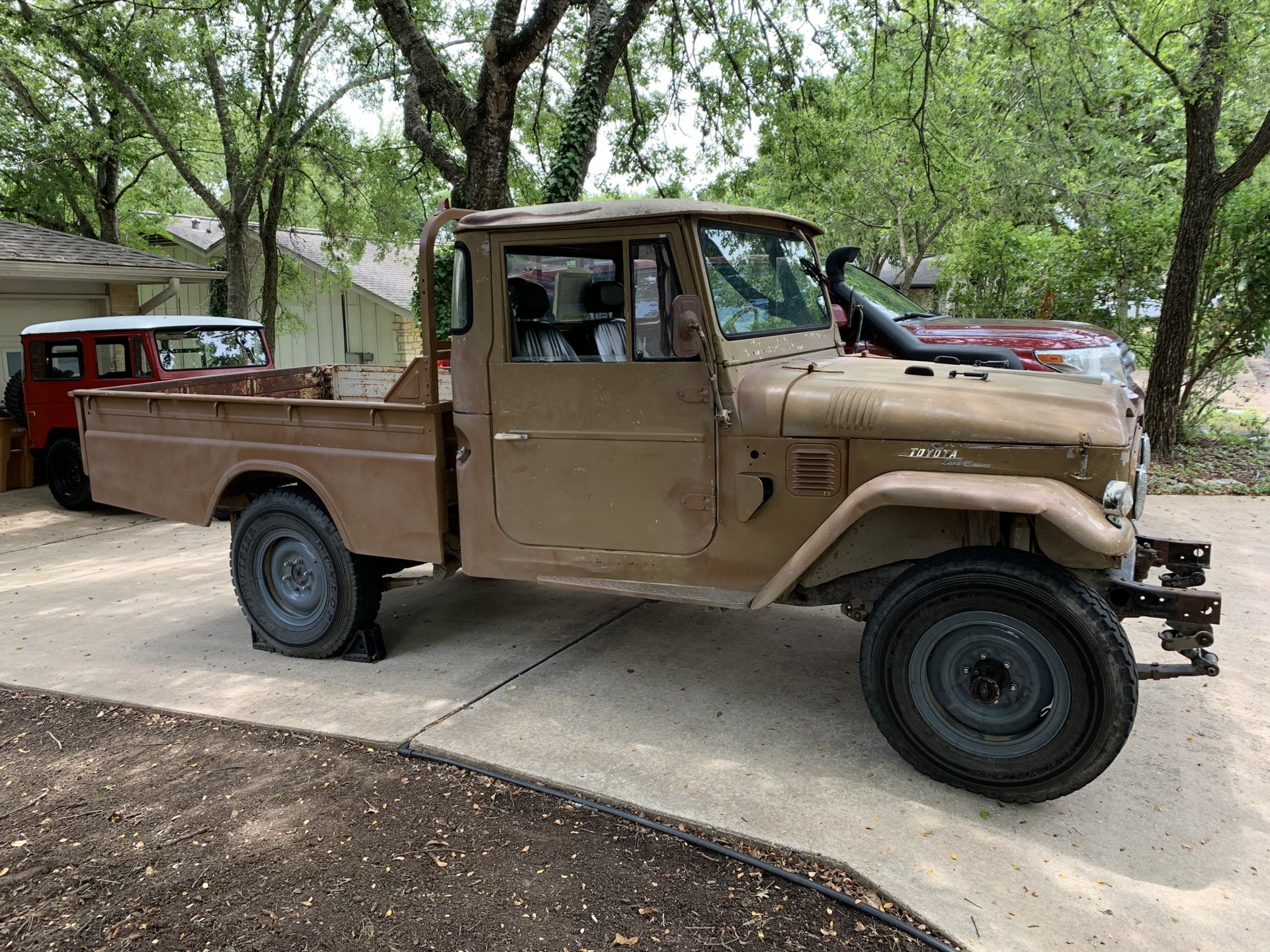 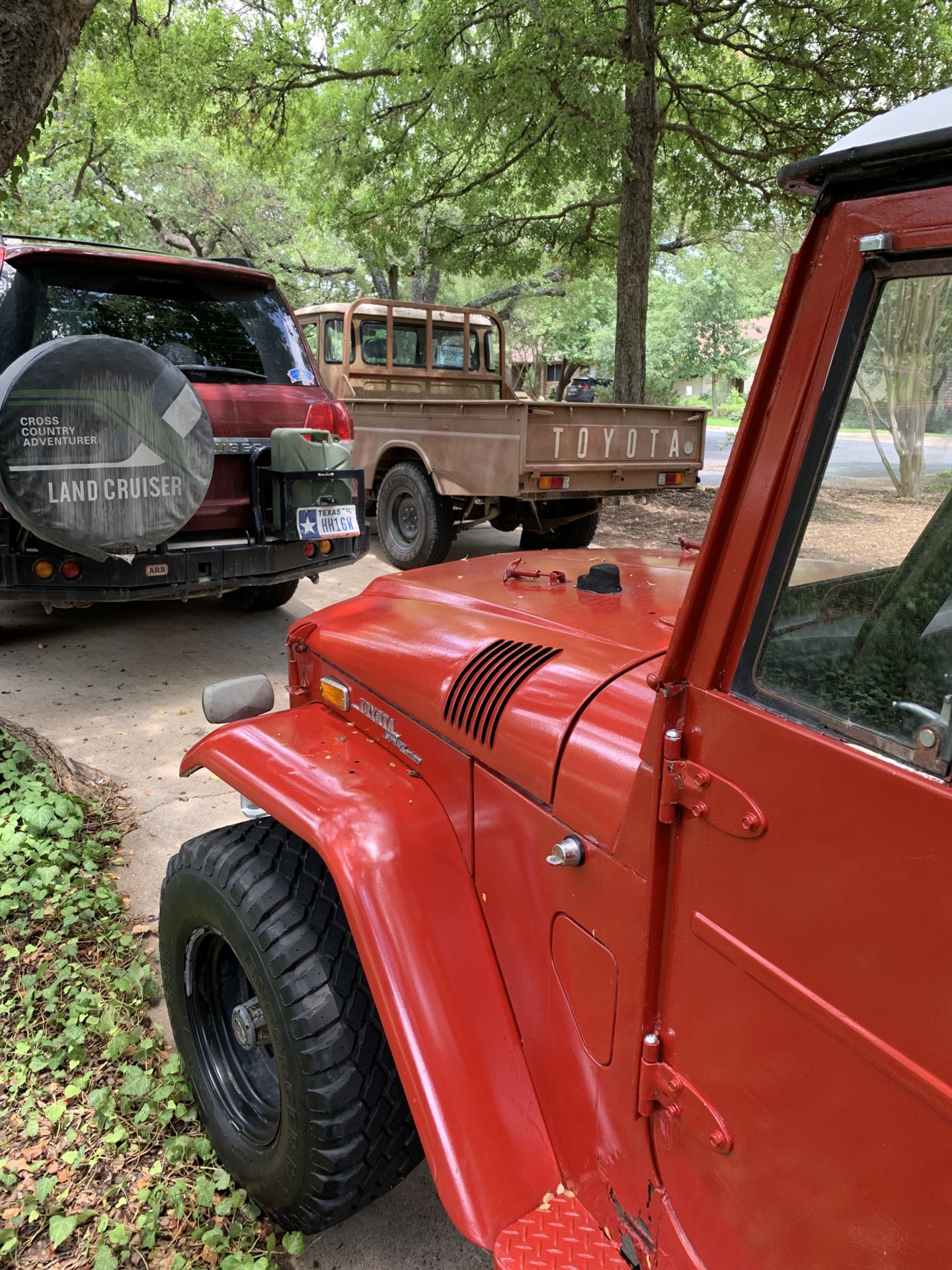 Very nice truck. I can see the tailamp housings are not from 1967. That is the purist in me.

Nice truck! Welcome to the club! !!

Excellent. Report to the Preserving Patina thread and give that baby back her luster

I almost purchased this truck when it was for sale. Actually took it for a test drive. Nice truck.

Would love to see how the late-model FJ40 seats are mounted. Thanks!
You must log in or register to reply here.