Fellow UCLC members, we now have a place we can keep in touch as well as set up meetings and runs. Hopefully we'll also be able to attract new members in the Ontario region.

Found it, hopefully we should start getting some hits.

pics from that meet. 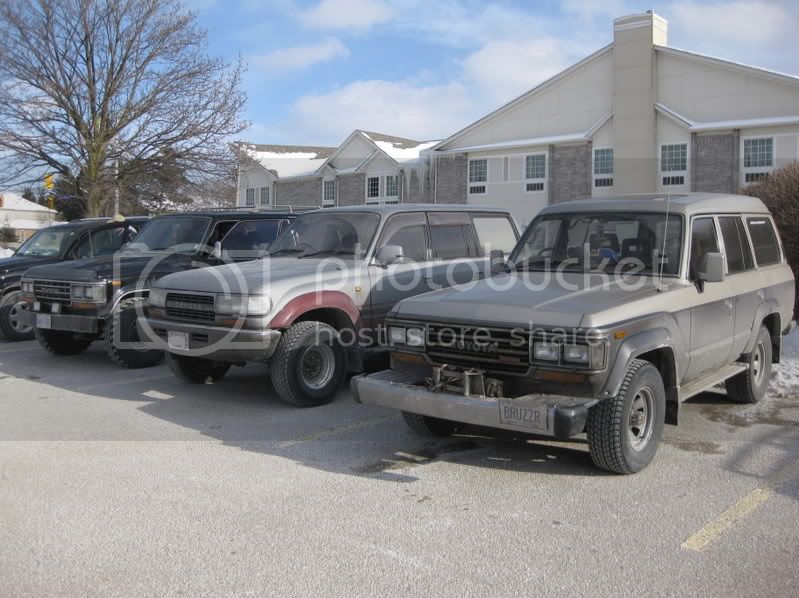 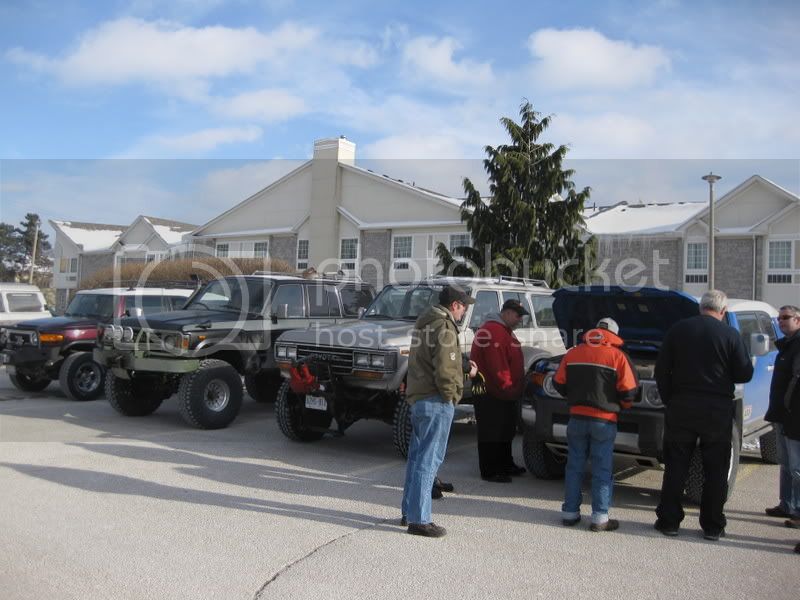 I'm the one representing the 3B.

Hopefully will be ready for the spring run

Thanks for adding the pics Jerome. Hopefully we'll have more great turn outs like that this year.

Glad to see you guys are using and enjoying our new forum.

pics from yesterdays bbq tech day meet. we did a mini tech stop at the canadian tire lot before headin out. gotta say, i was outnumbered by 60's! great turn out guys, thanks for hosting us Brad! 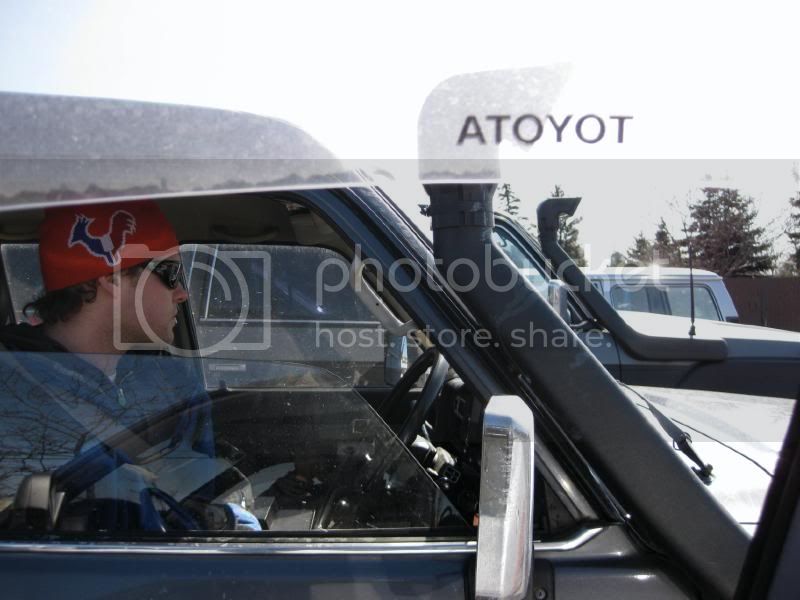 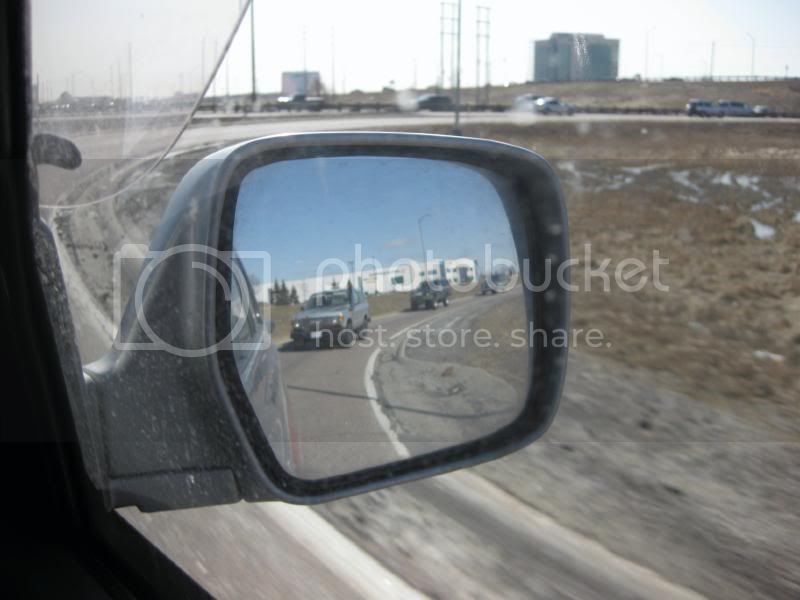 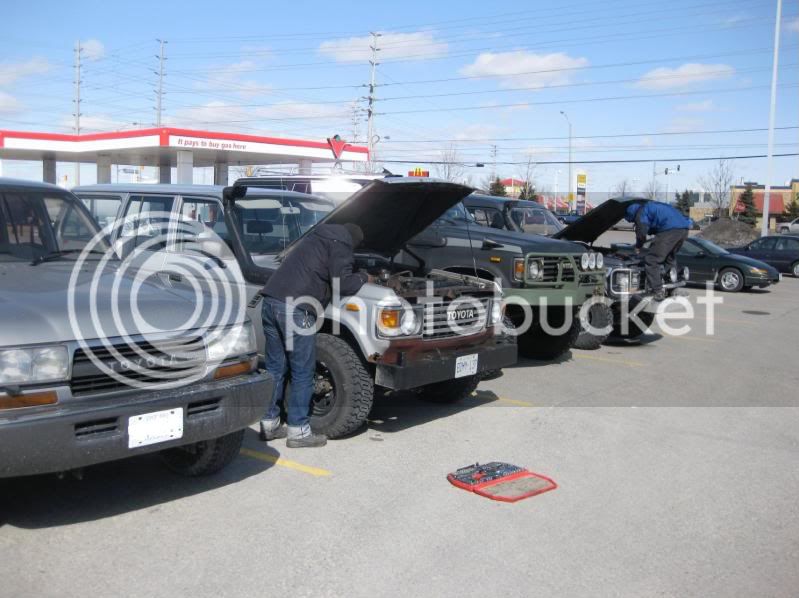 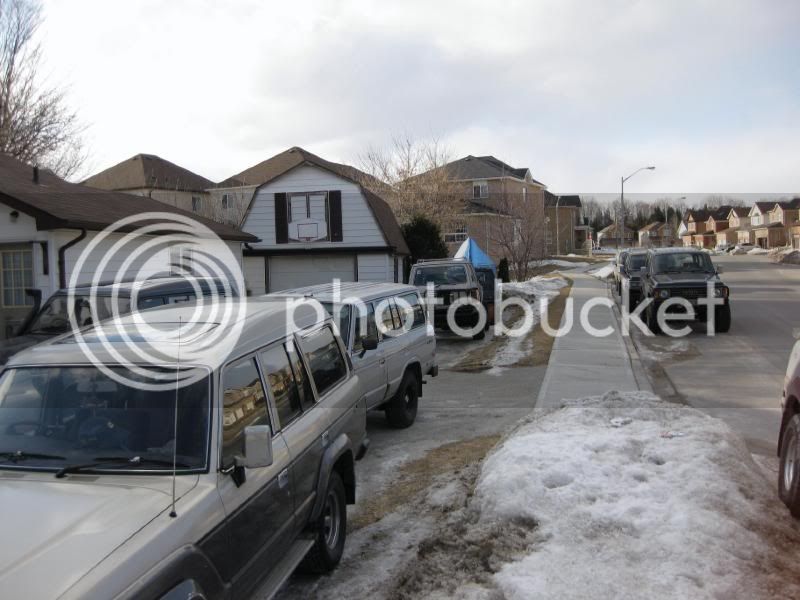 and hope this lil vid works, it's my first time tryin to post one from photobucket, just playin around...got Mat, Darren, Nicholas in order of appearance...

Nice job Jerome. Great to see so many members brave the cold and come out to Acton.

Nice work on the vid Jerome! Too bad I couldn't be in the convoy.

There was still LOTS of snow up North and it was friggin' cold. Nice sun though, so spend most of the weekend outside snowshoeing in the back 40.

lol, thanks guys, it was fun. i forgot to take shots of the crew in the garage, but always nice to learn something new.

let's hook up for a pint sometime Jeremy!

Hope all had a good time, I enjoyed putting the event on. Good to see new and old faces again. Its always worth the drive to Acton!! When I figure out how to get pictures up we will post them.

sorry i missed it, turned out the trip to Gozzard was ... not what i hoped it would be...

the end of this month for sure...

Had a great time at the last meeting.
The Toronto clan (of sorts) usually meet at the Tim Horton's at Hurontario Street just south of the 401 around 10:30am, but since this meeting was not as far as our usual meeting place, we met a little later as the drive was shorter.
This convoy was going to be a group of four TLCs consisting of Jerome's HDJ81, Matt's JDM HJ60, Daryn's FJ60 (recently converted to a 3B) and of course myself in the Rig of Mortis (old faithful/rickety).

Upon pulling into the parking lot at Timmy's I saw that Jerome and Matt had already arrived, Matt was showing off his brand new, shiney puddle of coolant underneath his truck, muttering something about the installation of a new water pump. Shortly after my arrival, Daryn showed up and challenged Matt to a TLC leak off... "I see your puddle and raise you one" - I went for coffee.

Upon my return, coffee in hand I said hello to the boys, snapped a humourous shot of Jerome and his factory Toyota mustache (Monsoon window logo's shadow). See things from his perspective. 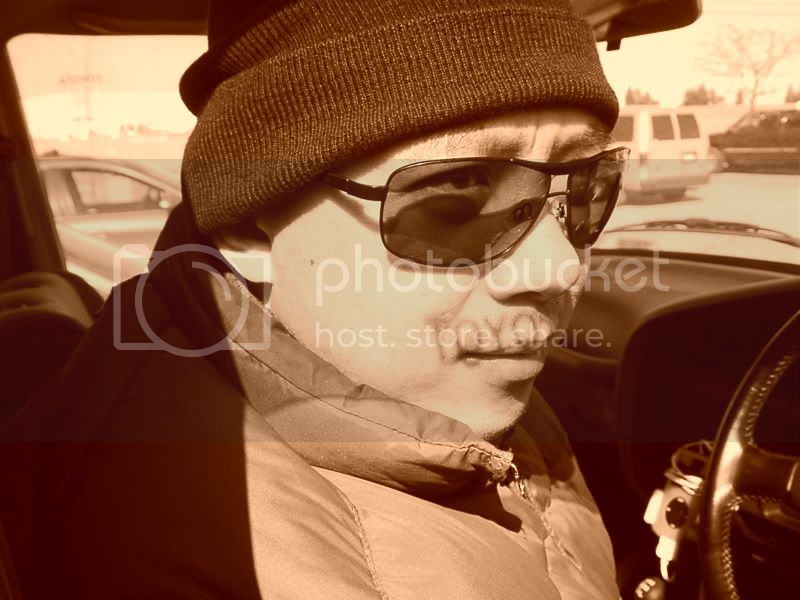 I suggested that we attend a local Canadian Tire parking lot as a support group and repair the "two out of four" leaking vehicles, hey mine leaks too but we don't talk about Fight Club. 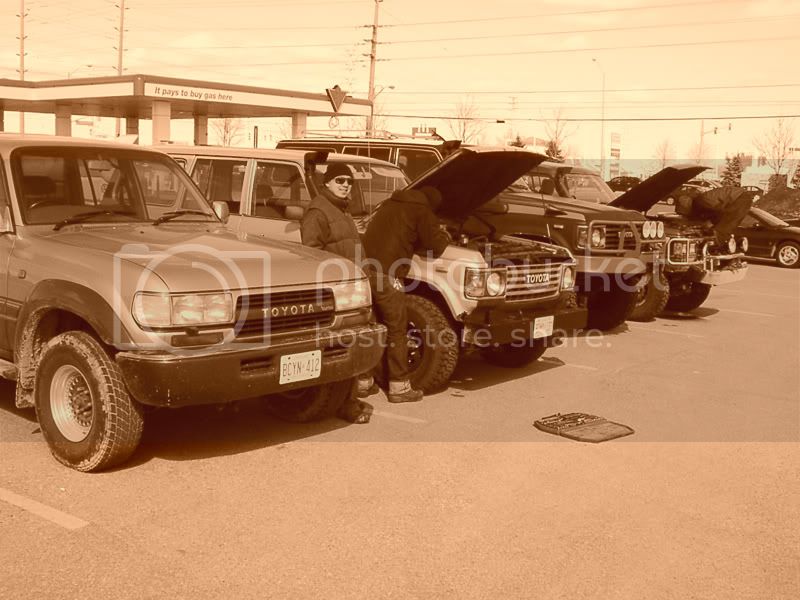 Eventually we got things buttoned up and headed out onto the highway so we could attend our meeting/barbecue (I was starving). 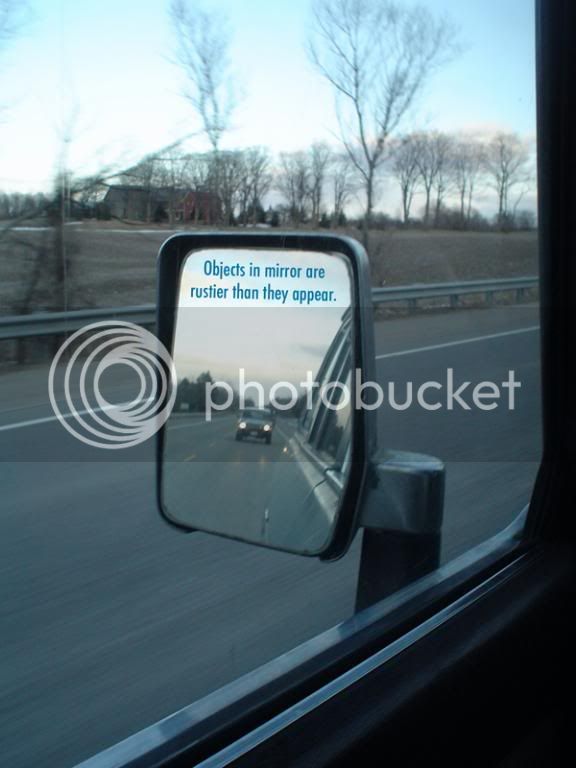 It turned out to be a frosty yet beautiful day for a convoy and eventually we all sauntered over to Brad's place, about an hour late but full of enthusiasm. 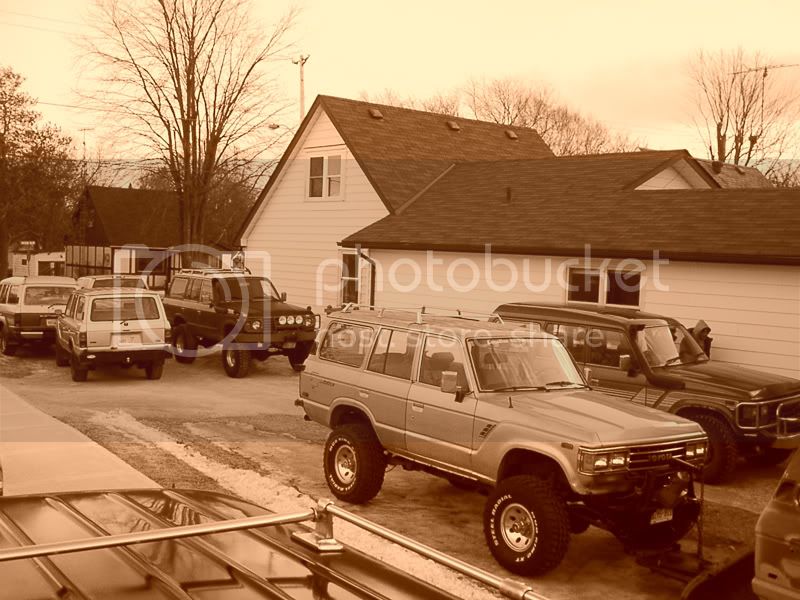 Now this was a tech day, so being an hour late/on our own schedule, the boys were just wrapping up some fresh battery cable ends installation on Carlos' clean 1986 HJ60 and I'd like to say that this task performed by Brad was very nice and tidy work.

At this point the group, guided by the silent roar of the stomach headed inside where Brad and Dave had set up a perfect spread of barbecued goods - buffet style (nicely done boys) and not to be out done, Jerome as usual took things up a notch an threw some deer sausages onto the grill... mmmm-nice touch!

After a good feast we commenced our monthly UCLC meeting and discussed topics from land use to figuring out some club trail runs throughout the year.

Back out to the shop, I needed to solder a broken tail light wire that I'm sure Larry Longarm was just waiting to serve me with a ticket over. Who has a two story shop with a one story door?

...Pretty much everyone, it's just me who has the tall R.O.M. so with some coaxing, we negotiated the less than an inch of clearance to get my girl out of the cold and into Brad's nice shop. 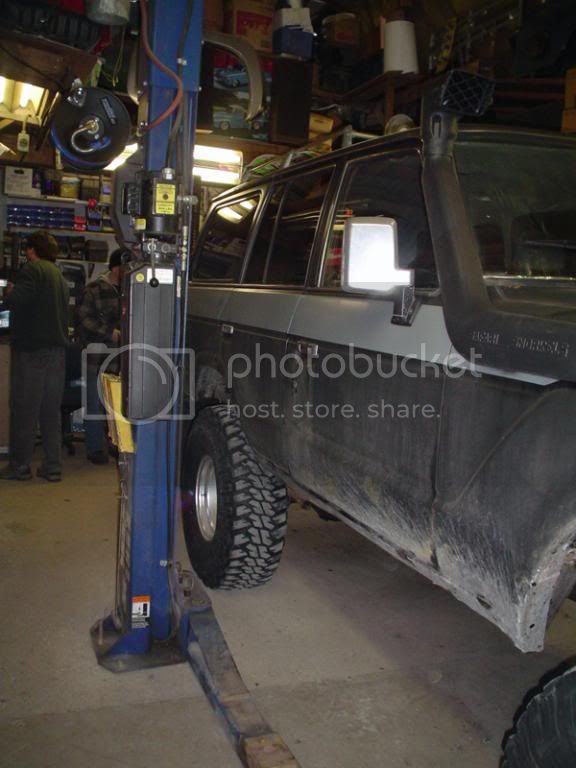 I met some new faces to me (Simon with his FJ62 "LOST" up here on MUD) and welcomed some recognizable smiles from days gone by.
By the end, the convoy shattered into a smaller number than had initially made the trek out there, but that doesn't mean I traveled any faster going home.

Thanks to Wayne for illustrating just how a little time and thought can make a thread just that much more enjoyable to read.

those are some very cool pics buddy. thanks for posting.

brad has a WAY nicer shop than i do.

lol (on factory mustache!). very nicely written Nicholas! nice (sepia?) shots! and that's a dream garage, i wouldn't have thought all that room was in there from the outside.

amazing what some good pics and nice write up can do!

many thx to brad for hosting a great afternoon at his house/shop with hot bev. and food and a warm place on a cold day to talk cruisers. it was nice to meet other landcruiser owners and to see soo many diesel lcs in one place, the yanks would of drooled even more then i did. also was nice to see the rig of mortis in person, what a beast

guess you need to be aqn officvial member to have pics of my truck along with you guys...j/k
You must log in or register to reply here.