Disclaimer: This is not my truck, but I was very interested in it and sent my sons (who live local to the truck) to inspect it. I was going to make an offer, but what the truck needs exceeds my skills and will likely result in a divorce. Y’all know what I am talking about.

My story: I find truck listed online, contact the owner, who lives in Tupelo, MS. This is 5 hours from me, but only 1 hour from my two son’s who are in school at Ole Miss. They are obviously more than happy to inspect the truck for me. They drive out there with instructions from me on what to look for and a magnet. I’m not buying the truck but I think the truck is worth saving so in the name of the Iron Pig Preservation Society I am posting this to help the owner find the next caretaker of the truck.

Owner’s name is Jeff and his number is six-six-two, six 7 nine, zero zero 77. He texts.

The high points:
This is a 1970 FJ55 with an F engine and a three on the tree. Asking price is $5000. Odometer says 75200 miles and the owner believes that is the correct mileage and the odometer does still work. Color was smurf blue and alpine white. Owner sold it to someone (I’ll call him “bondo guy”) who started to take it apart and do bondo work then stopped and sold it back to the current owner. Truck was 100% functional when he sold it, it isn’t now after the bondo guy got to it. More detail below.

I have probably 50 pictures and some video. I’ll post up the most relevant pics. If you need more, IM me and I’ll figure something out. I’m new to the forum, so hopefully the pics make it to the post. Looks like I can only do 5 photos at a time. I'll try to respond to the thread with more pictures. 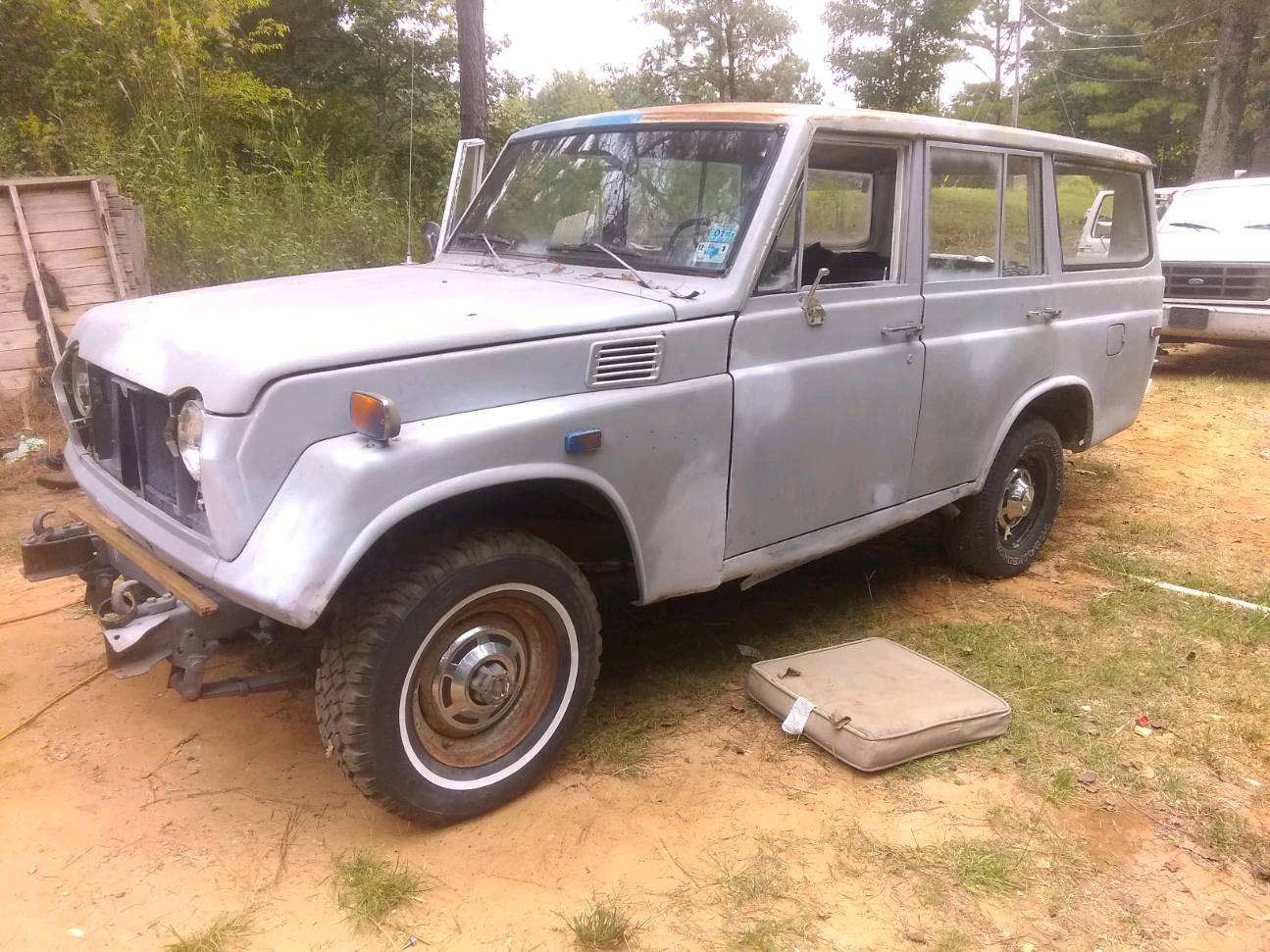 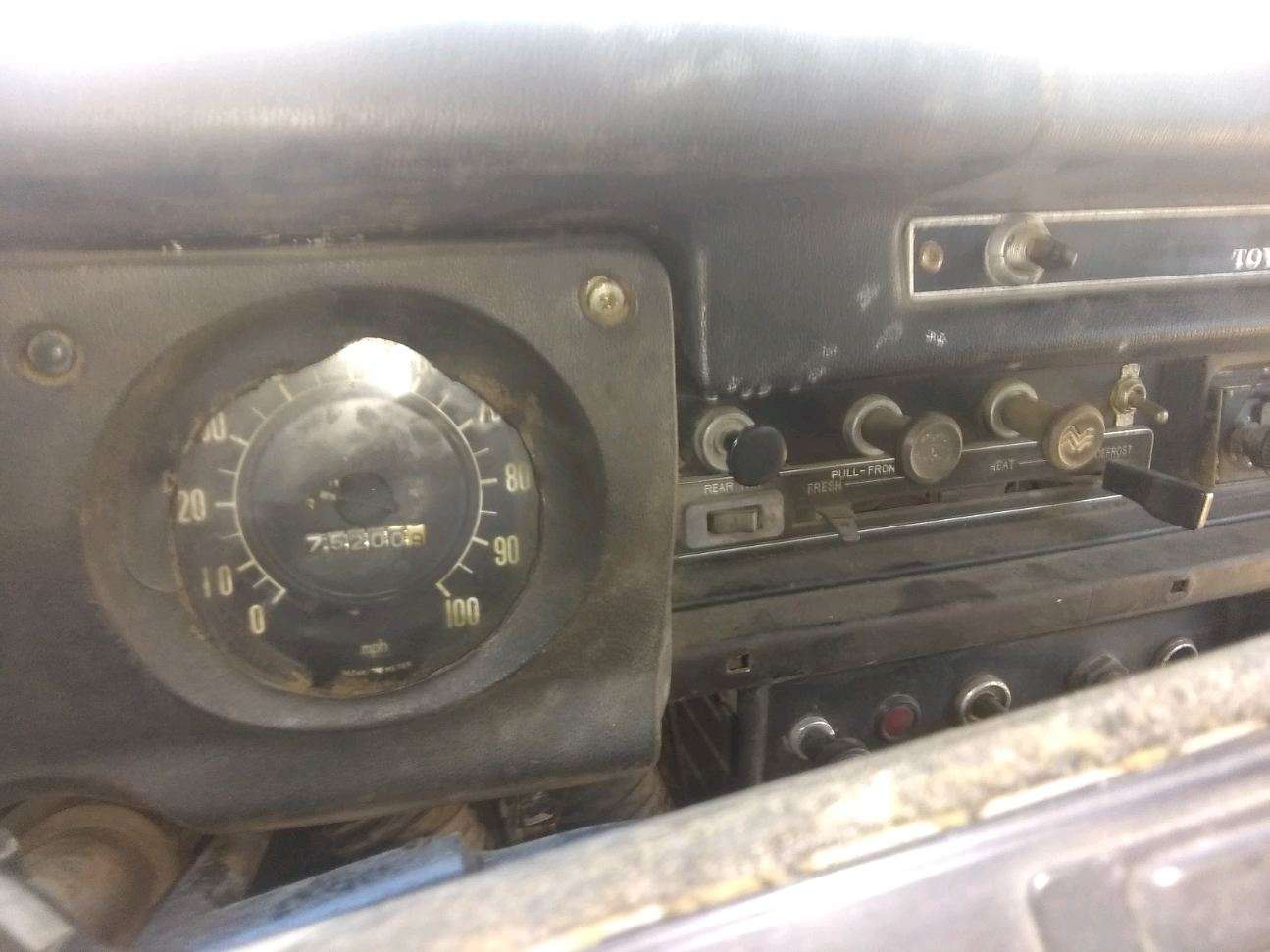 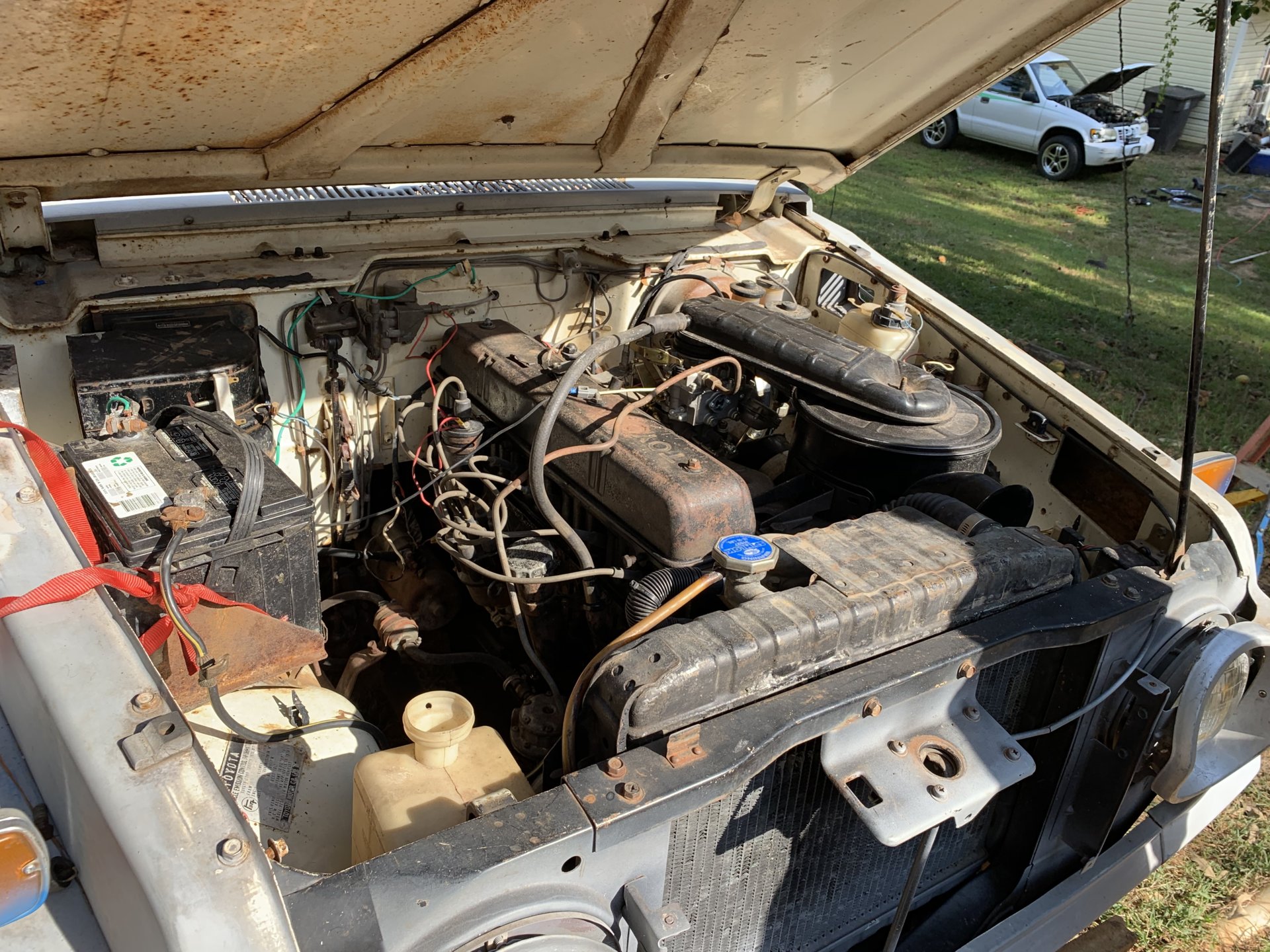 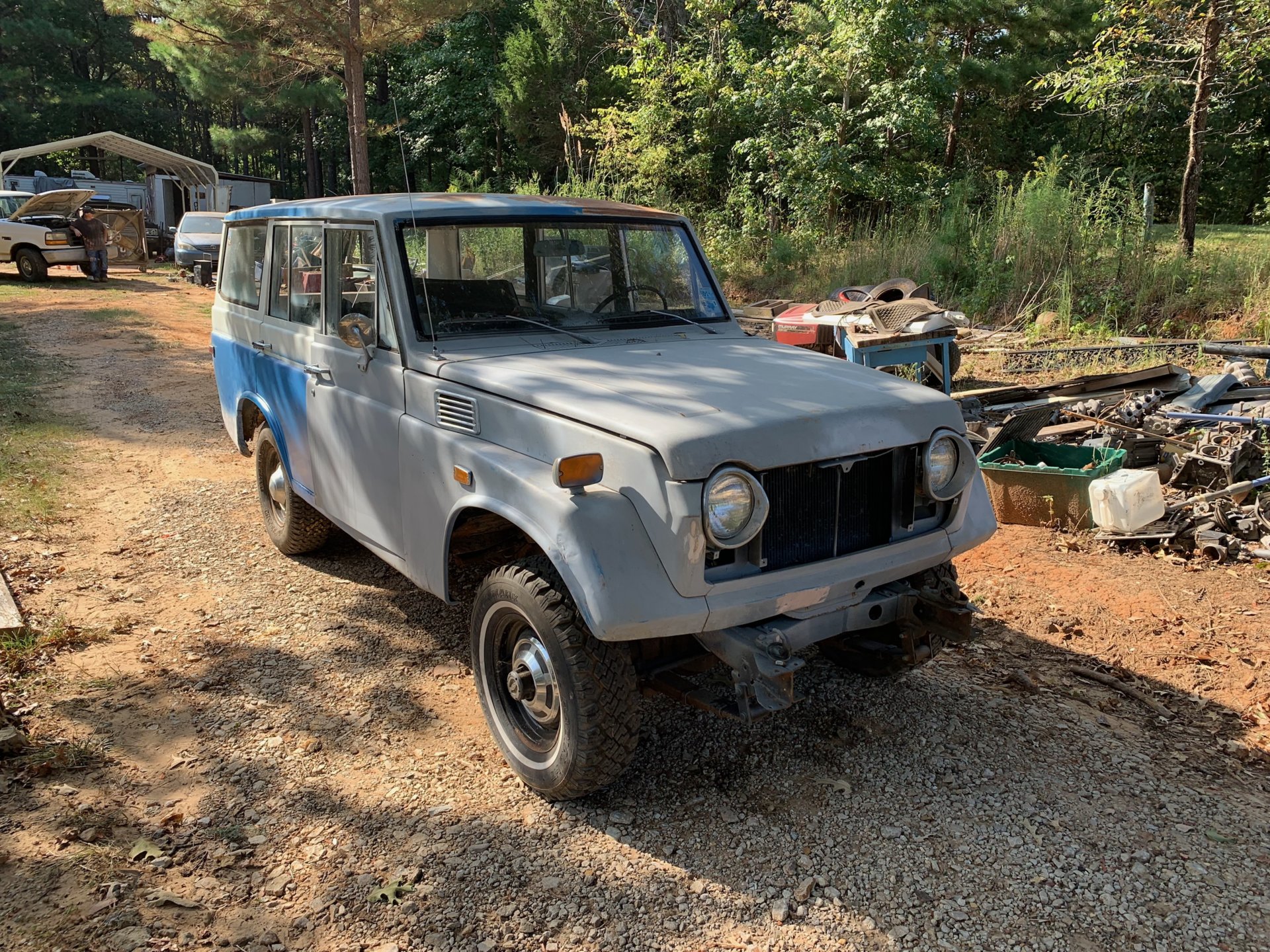 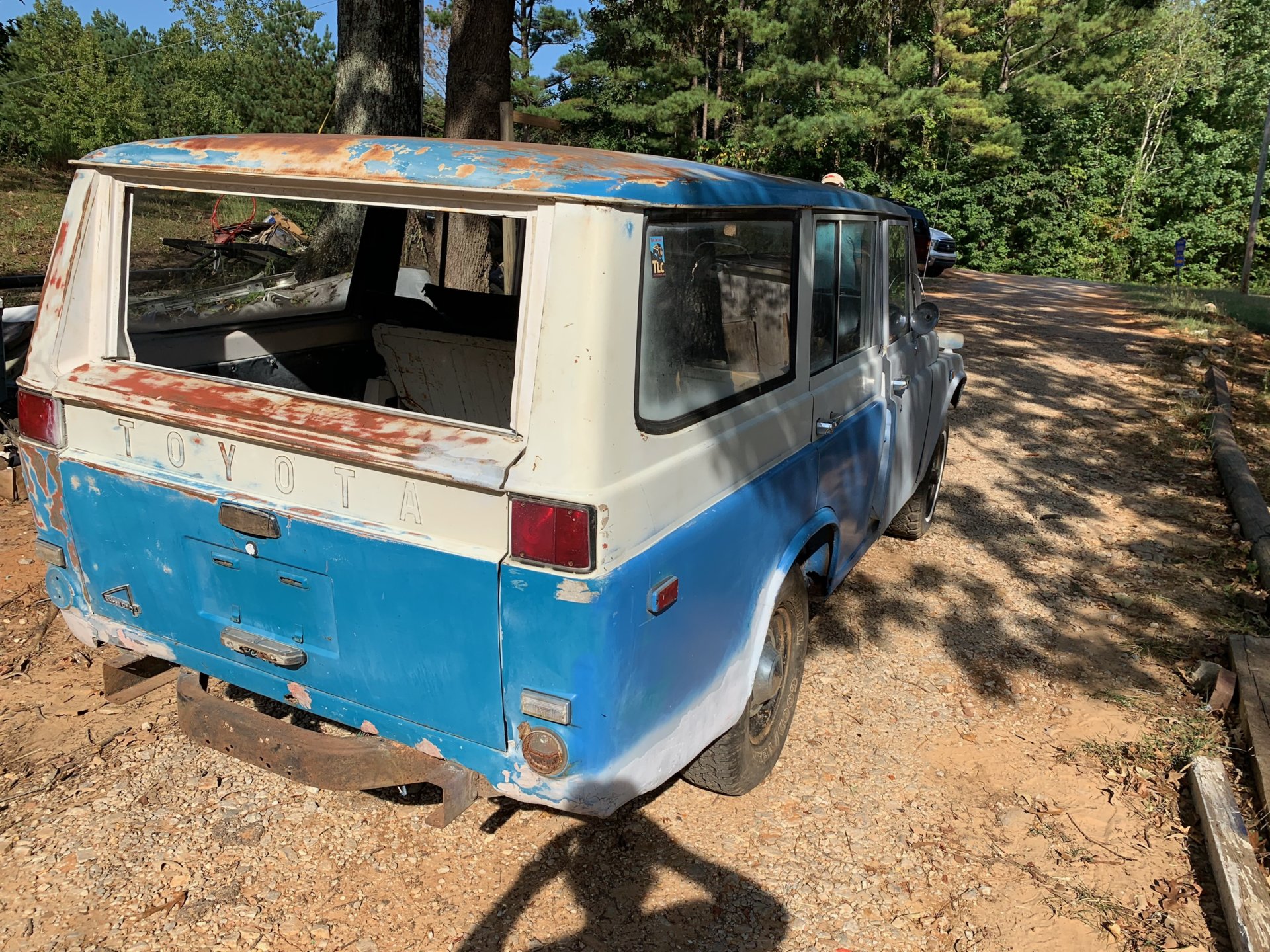 Red circles indicate where the panel failed the magnet test. 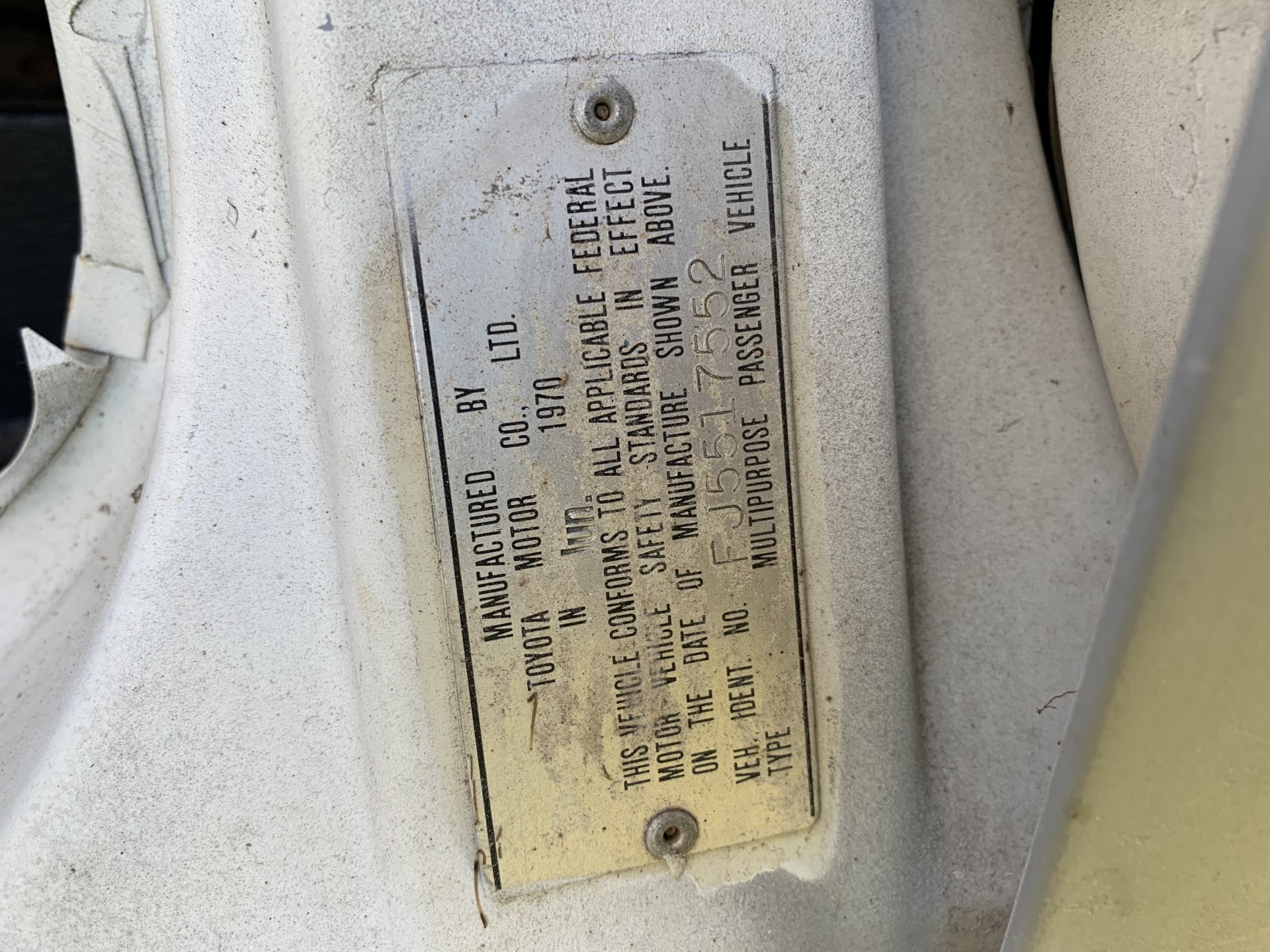 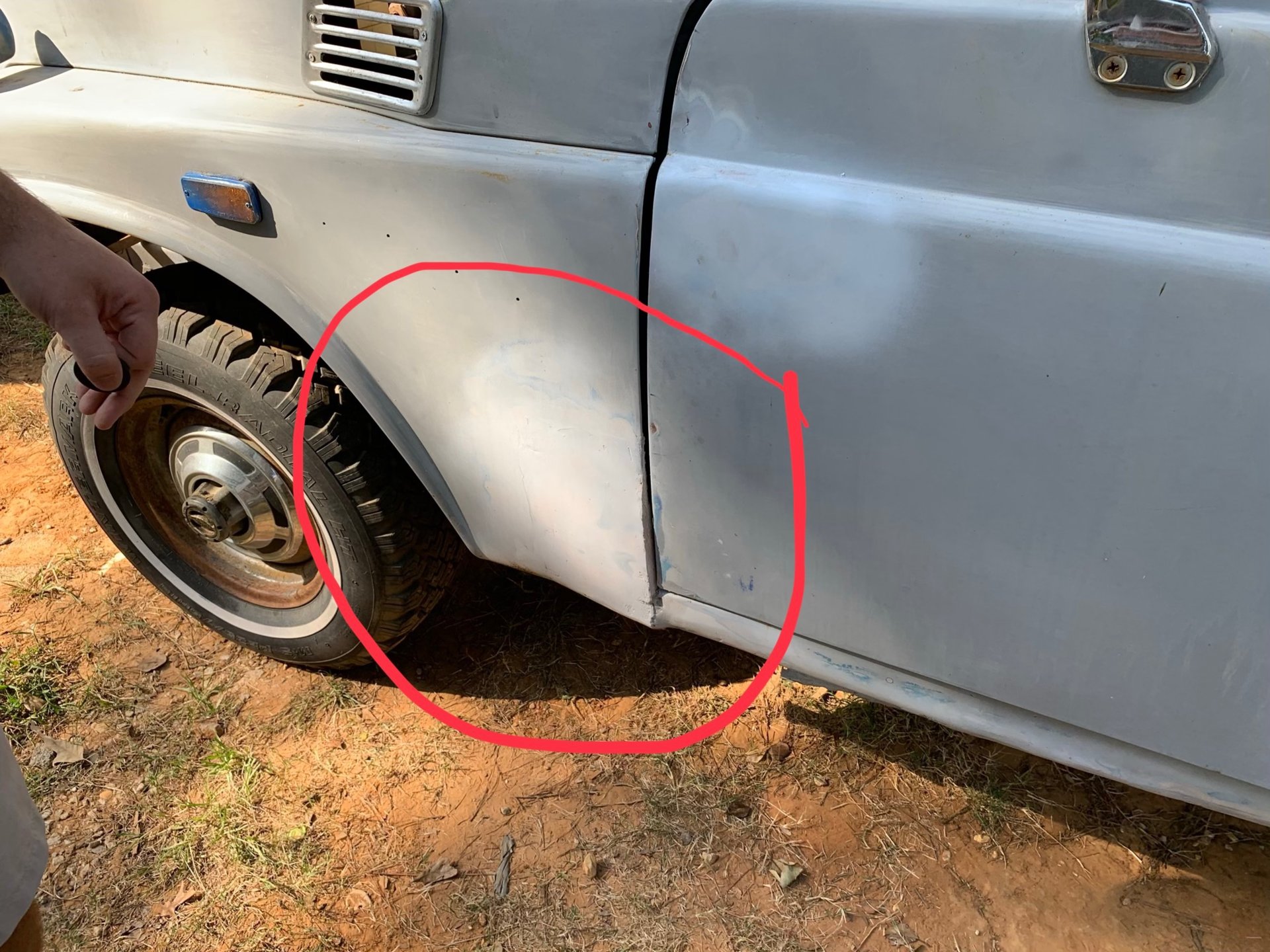 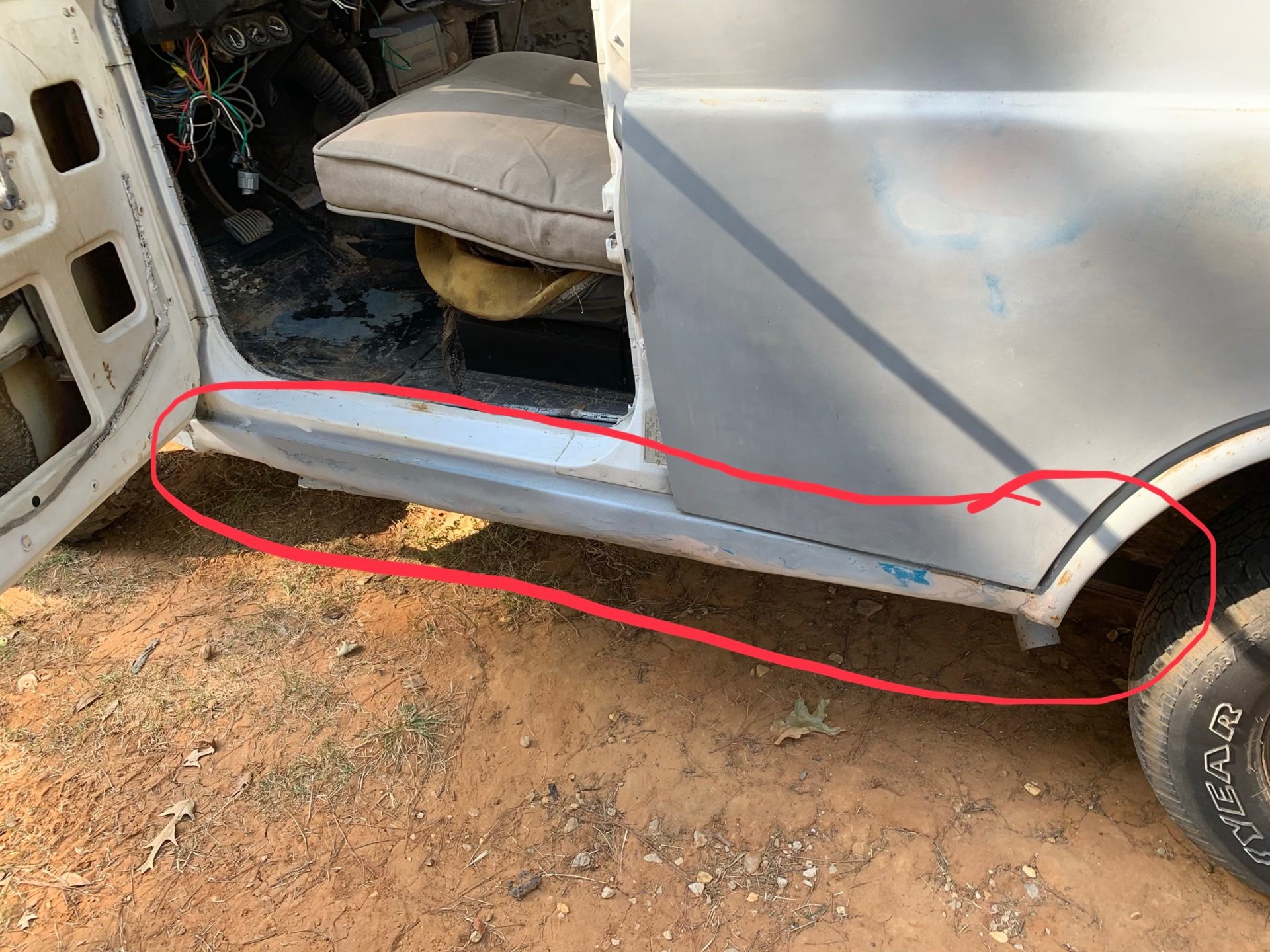 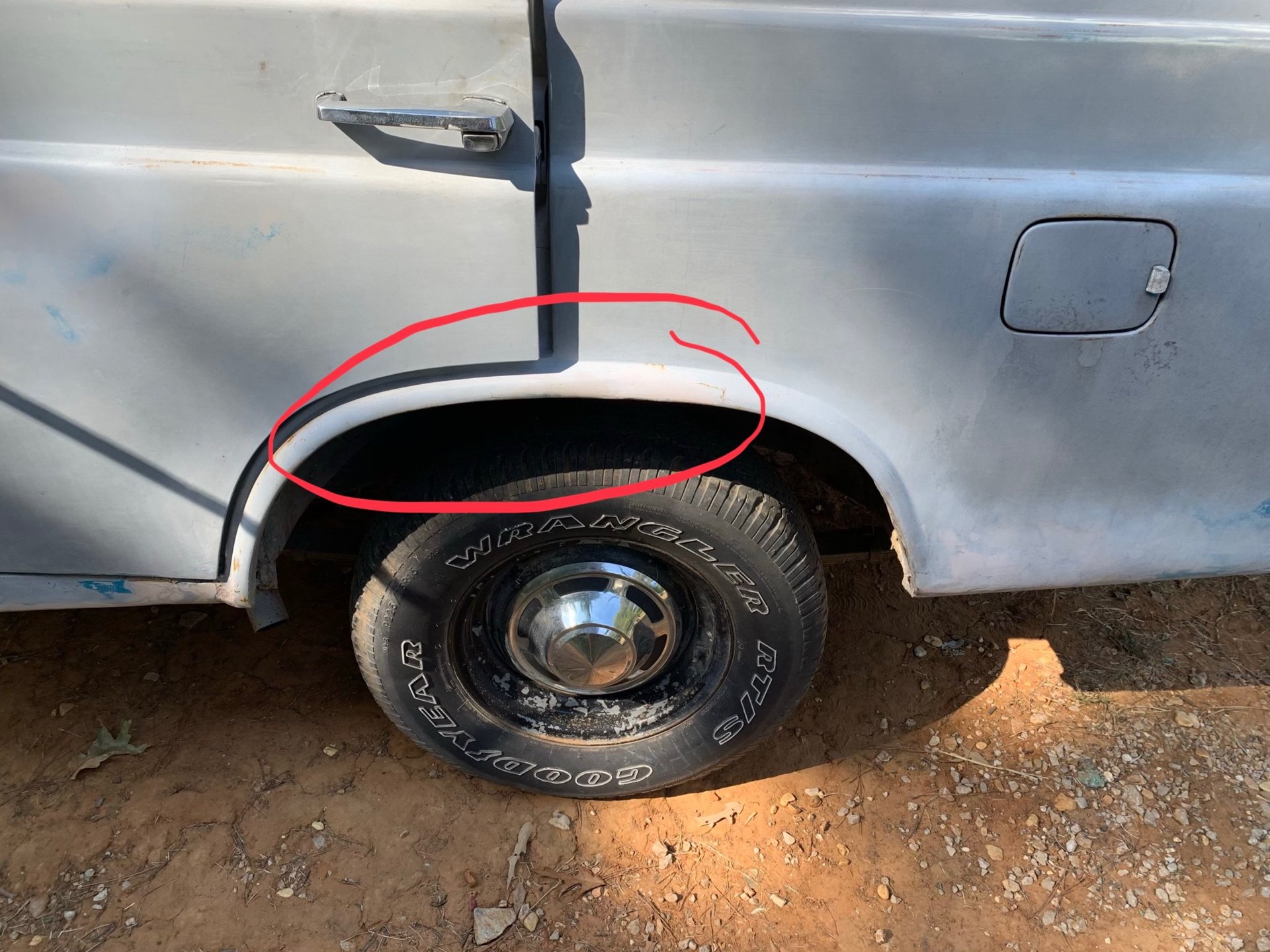 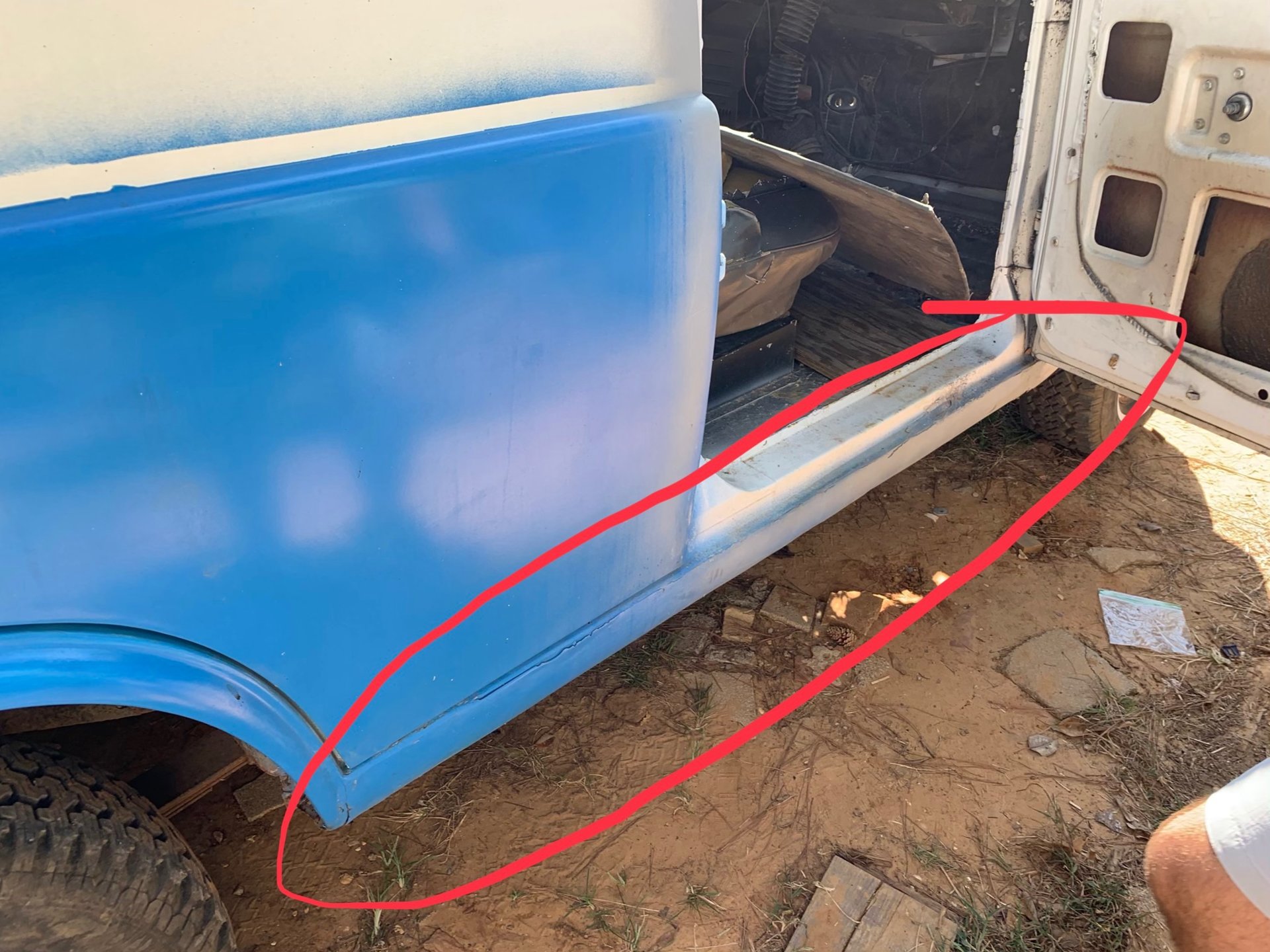 The middle picture is the transfer case (I think) and the dark oil indicates something is leaking a bit. The light brown in the bottom two pictures is the color of the local mud. 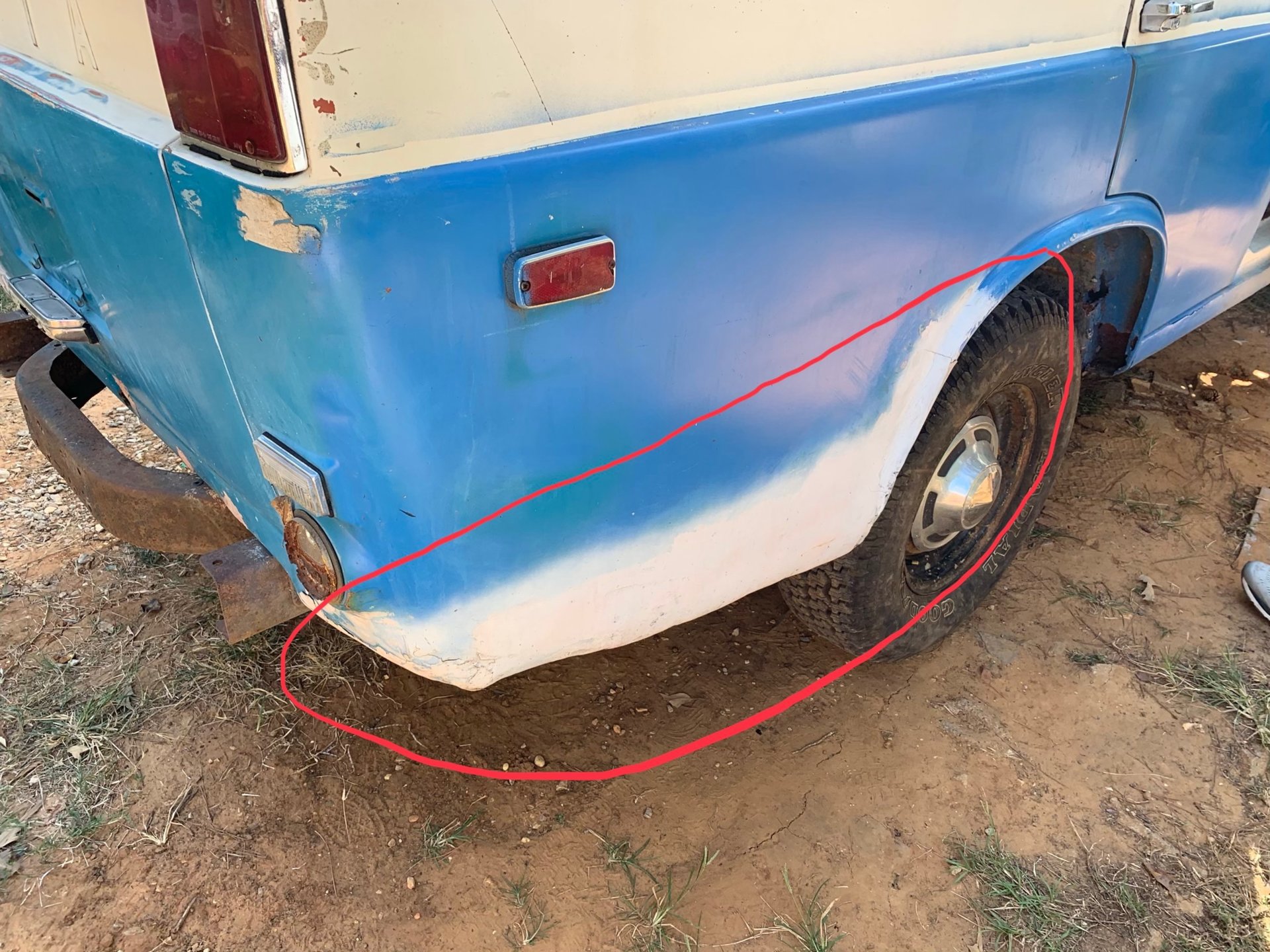 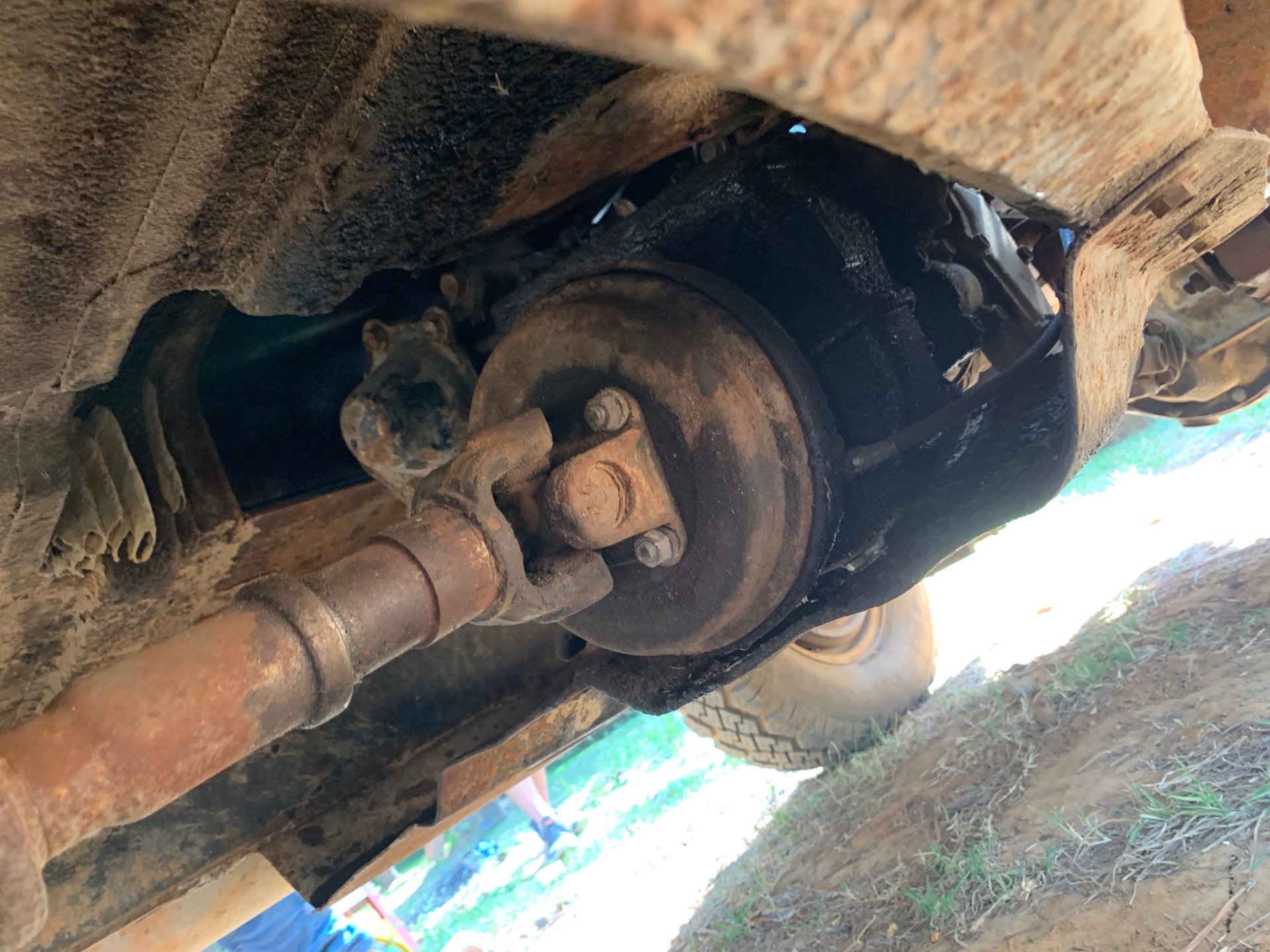 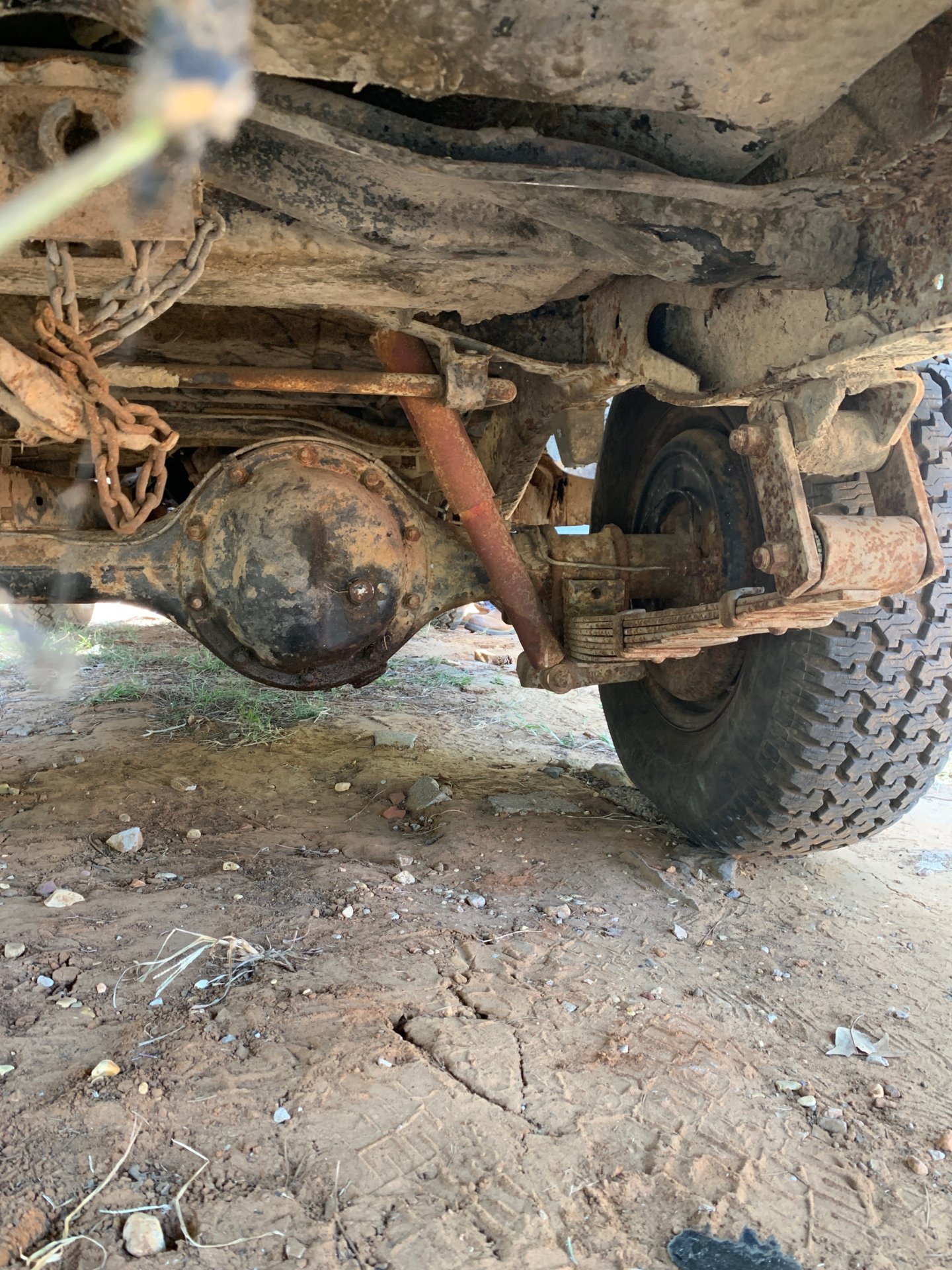 
Great review and write up, but on the brakes did you mean to say DRUM brakes as that year didn't have disc brakes.

I did mean to say drum brakes. Thank you. The report from the boys on their first time using drum brakes was interesting. “Yeah, they work. I mean, you get the feeling that the truck will stop eventually”. They compared it to their uncles car that has a bad air leak. They said “you don’t have to pump them, you just have to start earlier than with disk brakes. “

Raising your boys right if they can drive a three on tree.

Thank you for the post. I hope someone gets it and preserves it

MM
You must log in or register to reply here.

Wanted Factory 55 Radiator for my '78

For Sale Stock shackles and pins