Ok so I'm having the same issues with my a343 as alot of others (slipping/chattering in reverse & delayed shifting into reverse) I recently bought my LX with 133k on the clock. After reading a few threads I discovered that the reverse slipping issue had been solved on later generation a343's. I was thinking about getting an a343 out of a late model year 97 but before doing that i checked the serial number on my tranny. sn#: 98EE 80107 Does this mean that my orig. tranny was replaced with a newer 98 model year tranny, by the PO? I had noticed signs that the tranny had been messed with (i.e. wiring harness mis-routing) but thought nothing of it. 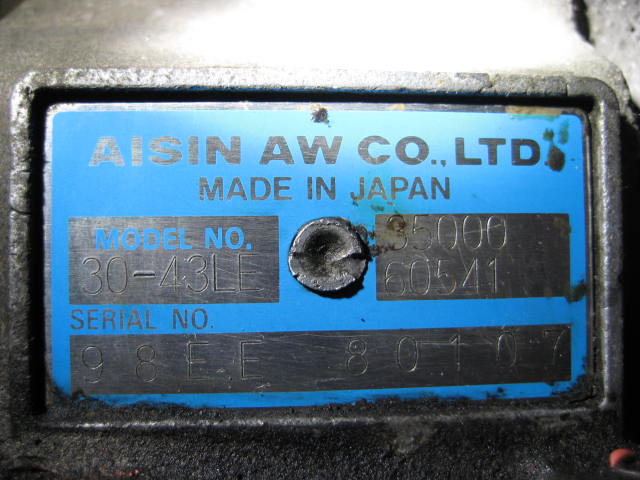 After seeing the tag that's not a stock tranny. My guess it's out of a Jeep but check with the 100 guys.
WEBSITE: Landtank Products

​
You must log in or register to reply here.