We are planning a trip down south and are looking for some info.
Looking at the middle of march, fully self-sufficient, don't like organized camping (but will if have to) prefer off grid. Our rig is a 4Runner towing an M416, very capable.
Does anyone know of some 'honey pot' trails/camping in the area?
We are members of the @406cruisers here in Bozeman, Mt. Any info from local adventures would be amazing!

This thread could be used as a local competition to see who knows the most about the area.

I think your main issue will be snow and things that are open. Medano Pass and Blanca will be closed b/c of snow. The Sand Dunes are always open, and you may be able to drive up towards Medano Pass in the sand down low. March is just a tough month given the high elevations and snow on the ground.

Buena Vista/Salida area would probably be good, as well as the Texas Creek area between Salida and Canon City. Canon City area has Redrock Canyon and Seep Springs 4x4 areas which I've traveled (and with @Stokes mapped/photographed/video'd for trailsoffroad), plus other roaded areas nearby which I've not investigated. Even further south, near Gardner, is National Forest roaded areas which will be open except the higher elevation roads (Greenhorn Mountain) which are seasonally closed to June.

Here are some photos of different areas--all of these areas tend to be mostly clear of snow if it hasn't fallen in the preceding days.
Buena Vista "Four Mile Area" east of town 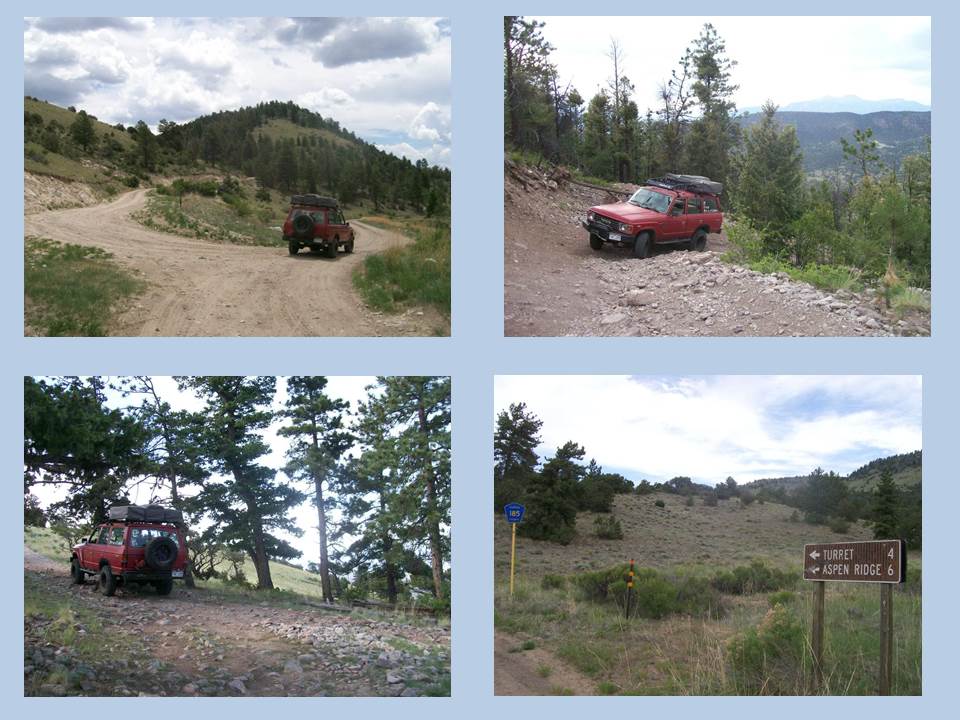 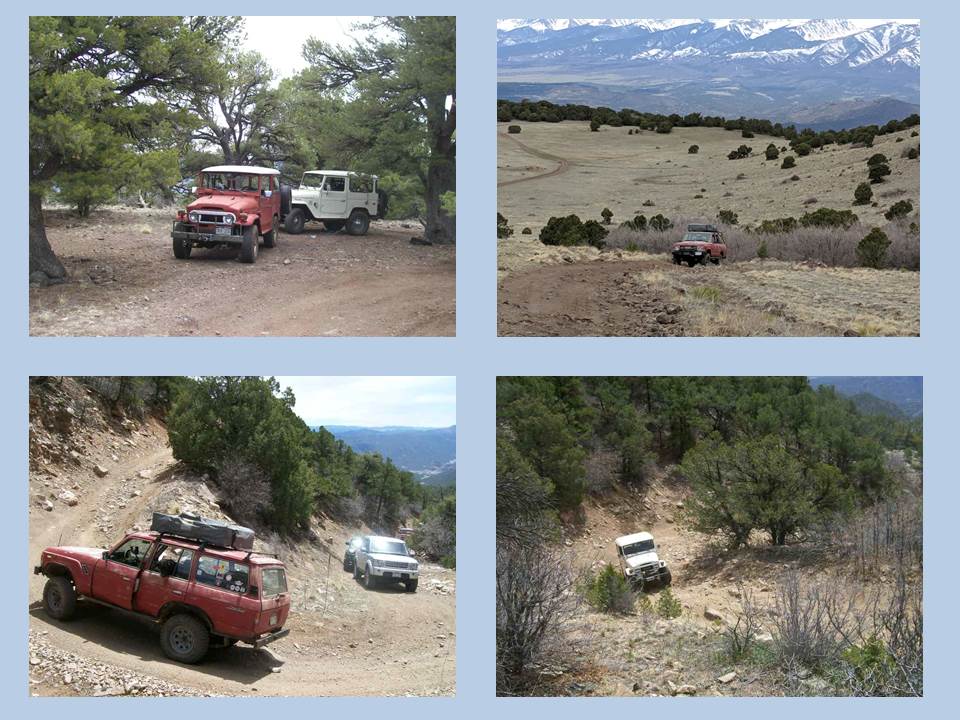 Seep Springs area north of Canon City. Pics of black FZJ80 are on County Road 69, about twelve miles north of Hwy 50. The one with the red sandstone formation is more northeasterly; "Red Canyon Park" north of town on County Road 9. 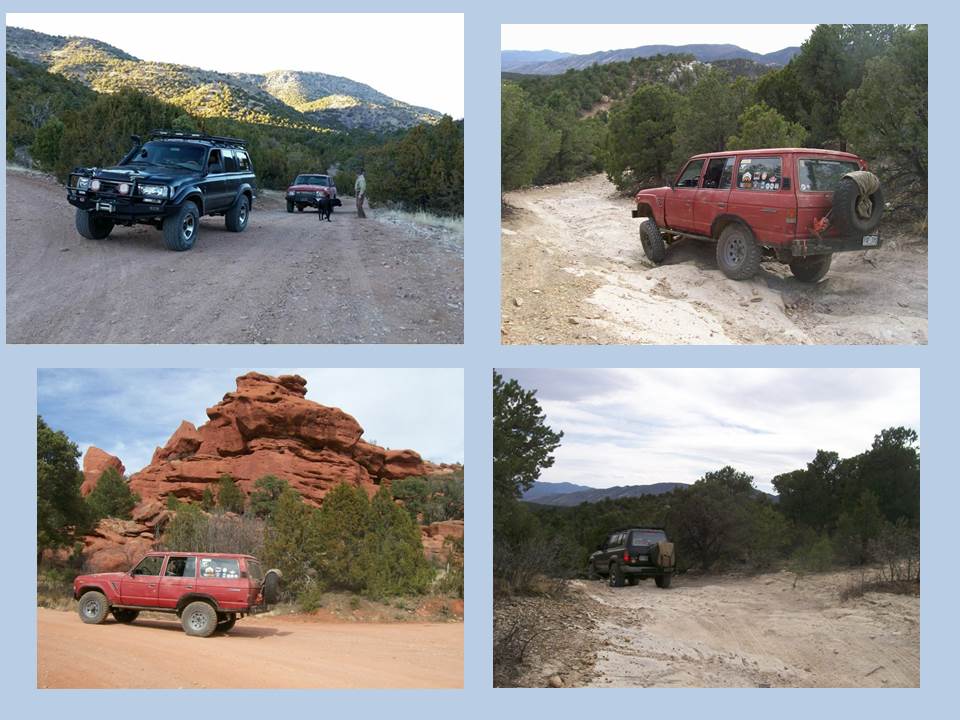 Of course--we should have mentioned the Rampart Range right here in Colorado Springs/Woodland Park/Divide and up to Deckers. "The Gulches", especially Metberry Gulch is spectacular. Camping a night or two here and you're close enough to the city to see some sites like Garden of the Gods, Olympic Training Center, Mining Museum, Pro Rodeo HoF, etc.

Thanks for the info.!
We are currently researching the Salida/Canon city area. Looked at Gaia briefly today. Looks like there's a lot to explore!

Also in the Canon City area, and accessible from Woodland Park/Divide/Cripple Creek, is Phantom Canyon and Shelf Road (the latter is CR 9 north of Canon City). These are both easy roads if it hasn't snowed in recent days/week. Weather is really going to dictate what's accessible--we cancelled a club trail ride to Phantom Canyon in March 2017 due to a blizzard that rolled in (about 10" of snow in Springs overnight, zero visibility).

The pictures below are (top left) our club ride in March 2019.
Shelf Road (top right, bottom right) in February 2019.
Buena Vista (bottom left) dropping off parts to Well Sorted Offroad @ddelong6767 later the same day as the Shelf Road pictures were taken (February 2019). LOL, so it really depends on the weather! 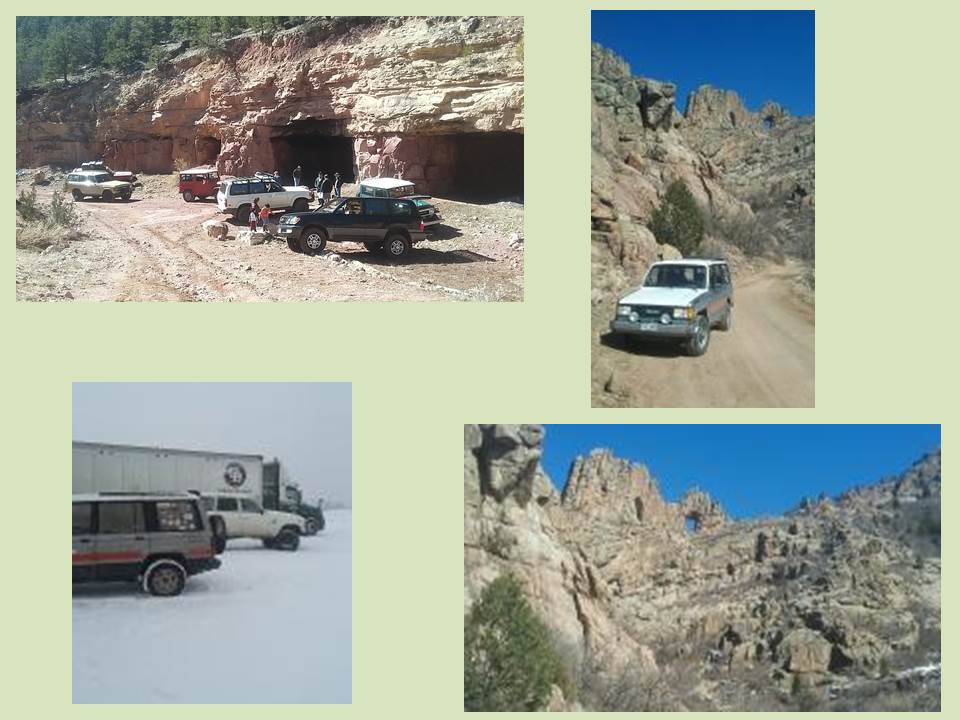