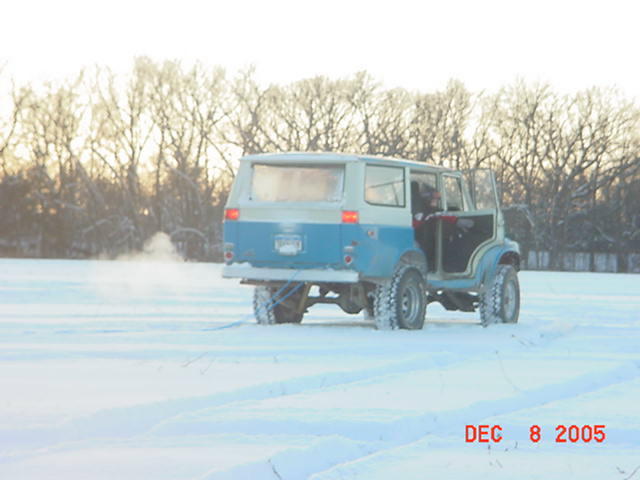 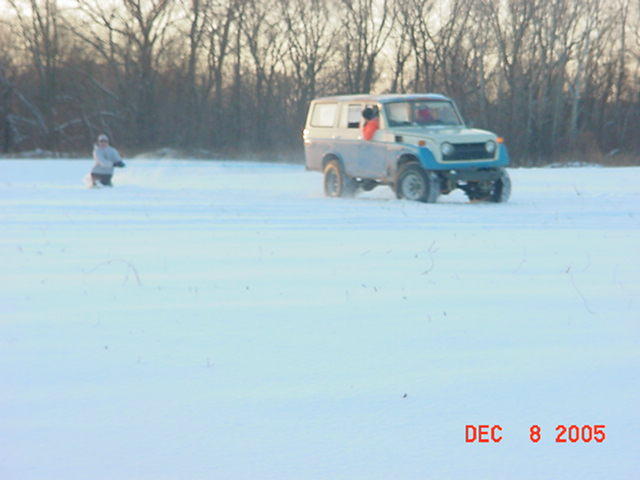 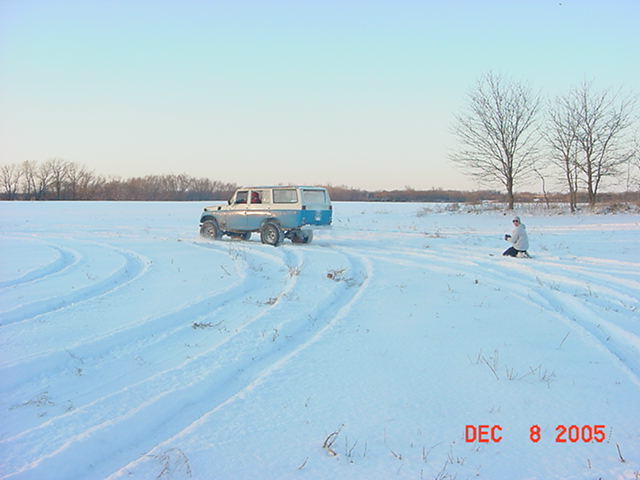 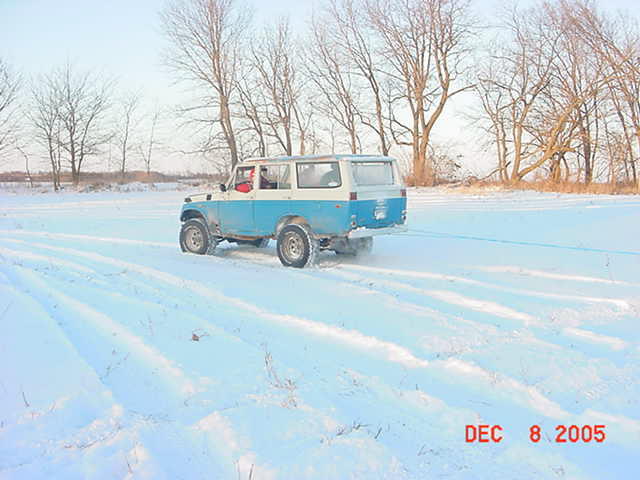 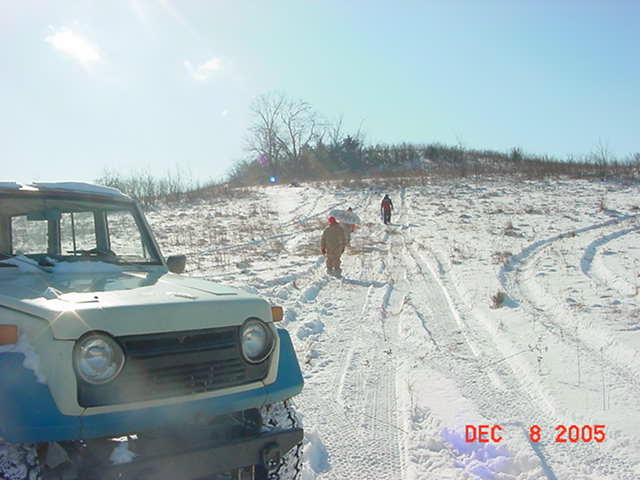 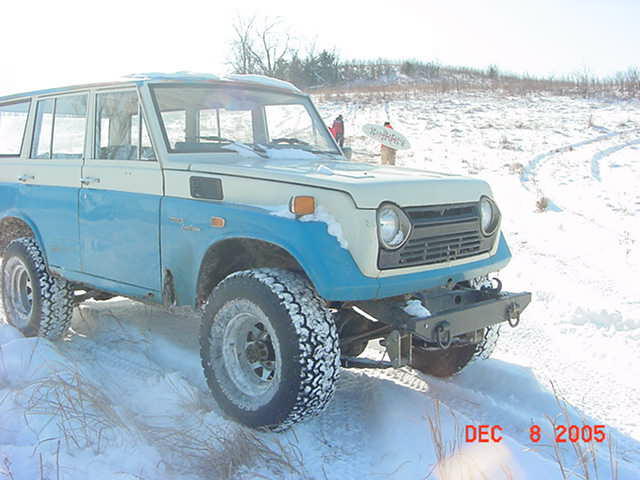 That reminds me of something funny..... this dude I used to work with... real arrogant type.... one day he didnt come back to work..... we were told he was in the hospital and was doing fine... well a few weeks went by and he finally told us what happened...

They were doing the exact same thing on a frozen lake...... only he was slidng on his arse..... well they were going pretty fast and you see there was this pipe sticking up ever so slightly at angle... and well....it tore thru his snowsuit and went up his @ZZ. Dude works at Micron. When he told us I dont think I have ever laughed that hard in my entire life.

Awww, they're so cute when they play in the snow!

ive never seen snow really, only a very light fall and the hard, half melted remains of the snow season.

snow is great fun...but sun and warm are funner...i guess its like the lemonade thread..make the best...bushboy never seen snow?....i thought it snowed down under...i hope i don't see to much more of it!

Looks like fun....maybe I'll give that a try up here in Fairbanks.

osagecruiser said:
snow is great fun...but sun and warm are funner...i guess its like the lemonade thread..make the best...bushboy never seen snow?....i thought it snowed down under...i hope i don't see to much more of it!

Osage,
yeah mate, It does snow down under, hence me getting a small taste of snow growing up. we had a very light, extremely rare, snow fall on a nearby mountain once when i was primary school age.
probably the only snowfall on that mountain on recorded history.
i once went to the highest town is australia (a different mountain) just at the end of the snow season and what snow was left was either melted or frozen in solid blocks where the dozer had pushed them.
so not much fun at all, so yes australia does get snow, it's just not very widespread.
but i'm the kind of person that is allergic to cold spells and loves the hot weather.
so i guess if i never ever see "real" snow i won't mind too much.
i just love the warmer weather and australian climate, outback oz near the river with a fishing rod and a beer or two and a bbq. or by the beach or pool with hot chicks in bikinis.
i love my australia
cheers, Bushboy.

bushboy
hot weather...no... warm weather yes...beach..i love the beach...and i live in kansas go figure..if your ever over this way give a holler...snow possibilities from october thru late march.....after that.....anything goes..rain, hot, cold ,tornados you name it....fishing here is great..i just never have the time!

osage,
yeah well warm weather, but i'd still prefer a hot day over a cold one.
i don't know how you'd get used to the risk of tornados, we had a few here in my town a couple of years ago, which was not expected at all, and made a mess of a few buildings and so forth.
we looked at where the tornado had been in town then headed towards our house and must've gone back into the cloud and touched down again further out.
although i'd like to, i don't think i'll get over to the u.s anytime soon, but i'll come say gday if i do.
cheers,
Dan.

ahh tornados..i liken them to a roller coaster ride...scared @&@&@&@&less for about 30 minutes than over....no feeling worse than being woken up in the middle of the night by a tornado siren...round everyone up and head for the basement....fortunately...never had one hit our town....close but never any damage. nice pig by the way!

osagecruiser
You must log in or register to reply here.