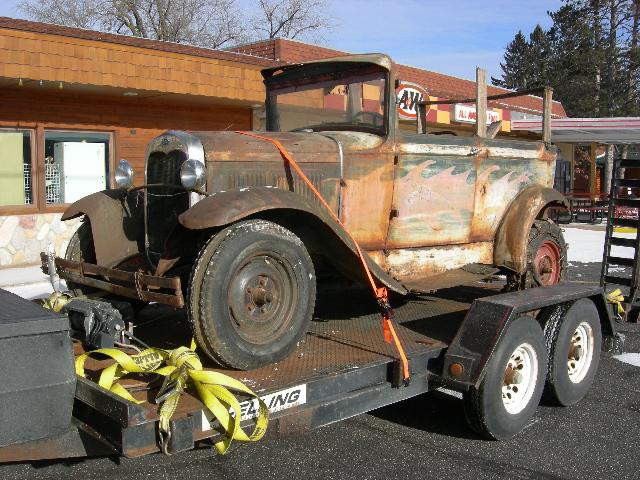 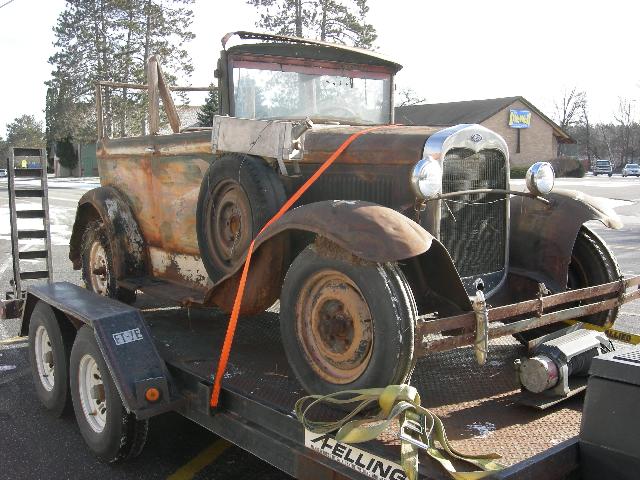 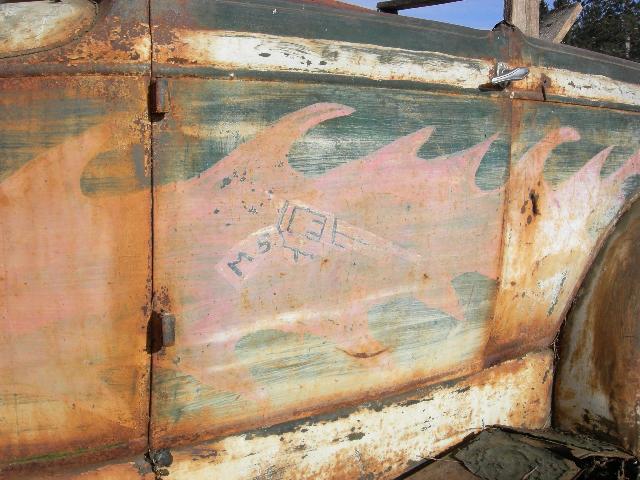 i was waiting for this thread

So my uncle got this car from my grandfather and decided this past year that he would like me to have it, instead of sitting outside and rotting away, as he did not see himself doing anything with it.

A little history on this vehicle…

It is a 1931, (engine number states it was made in September of 1930), Tudor sedan. My grandfather purchased this car back in the early 50’s, and was his primary form of transportation for over ten years. My mom has told me stories of riding to town in the car when she was a little girl, my grandmother pregnant with my uncle who gave me the car. The top had been cut off and the paint job was present when he purchased it; perhaps that is why he had to pay 15.00us for it.


I remember riding around in it back in the late 70’s with my uncle driving, my sister and I sitting on the bus seat up front with my uncle, and my mom and dad riding in the back sitting on beer cases, driving around the country roads where my mom grew up. My uncle stopped down a few weeks back and shared pictures with me of when he was a kid driving the car, using for hunting and checking the trap line on the farm, and told me stories of going ice fishing with my grandfather in the car; sitting on the running boards, passing a bottle of Blackberry Brandy back and forth with his dad.


So after Thanksgiving, I went and picked up the car. Those pictures of it on my trailer are the day I picked it up. Now I have been hauling my Land Cruiser around the country going to events since 1992 and I am used to people staring, but I was completely amazed by the number of people that would pull up next to me doing 70+ MPH and honk, wave and give the “thumbs up”, and then continue to stay even with the trailer, looking at the car.

I got the car back to the shop, and started messing with things. I stopped up to a local shop here called Little Dearborn (the SOR equivalent to T’s, A’s and flatheads) and picked up a carburetor for it, as this had gone missing over the years. My grandfather would take it off the engine, drain the gas from it and keep it inside the house for the winter. He would stuff a piece of rag into the manifold to keep things from moving in. The piece of rag was still there.

My folks had stopped out to the shop that Saturday in December, as had Millhouse, Nail bender Jerry, and Lemon, which was not anything out of the ordinary really. I had told my folks the night before that I had picked up some parts for the car and that I might get around to messing with it, but I did not have a lot of hope that I would hear it run, since the last time it ran was 1984.

The gas tank on these vehicles is on the cowl. Apparently it had trash in it and my grandfather got tired of it plugging up, so he found a gas tank from something at his buddies scrap yard, tied it to the spare tire with some heavy gauge wire, and ran it that way. I put some gas in that, and it did not leak, and came out when I opened the valve, so I put a filter in line to the carburetor, and had that part done.


I then decided that I should verify I had spark. I hit the points with emery cloth, installed a new 6-volt battery and spun the engine over to find spark! I then installed the new spark plugs and leads I had picked up. I put the distributor cap back on, hooked up the brass leads to the plugs, checked the oil and coolant, turned the fuel on, and it rolled over three times and fired. It was pretty funny to see the looks on everyone’s faces when it sat there idling, just like it had never sat dormant since 1984. (Especially since there was no muffler or head pipe from the exhaust manifold) 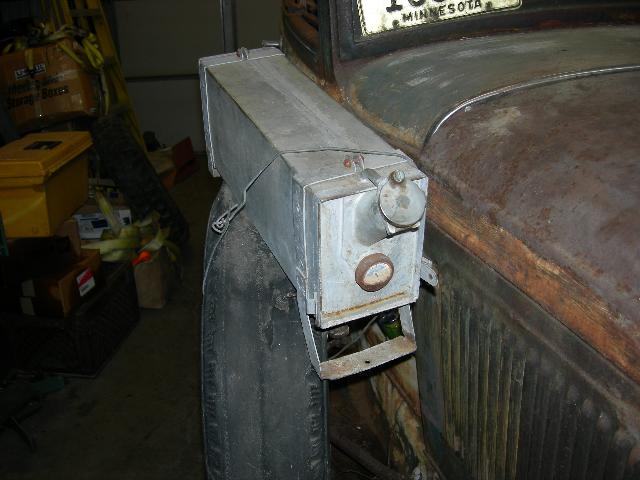 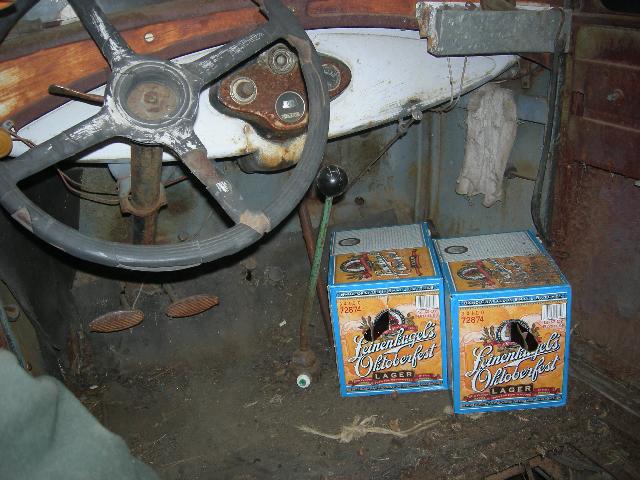 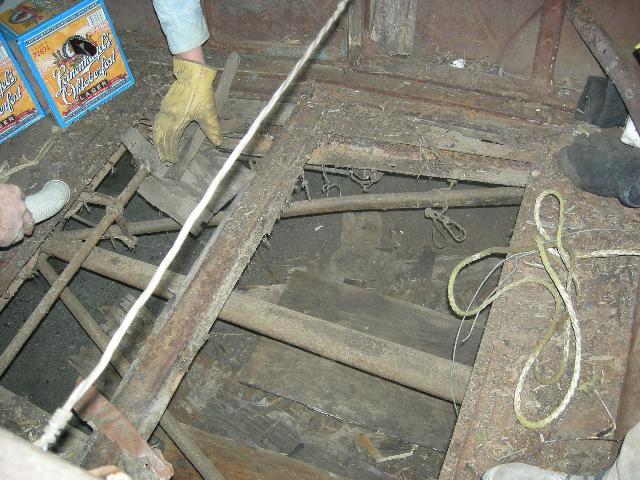 Gpa is smiling down on you.

Nail Bender Jerry grabbed his saw and a piece of .750” plywood and cut me a new floor, Lemon had went to the barn and grabbed three empty returnable cases of beer bottles and then NBJerry, Millhouse and I hopped in it and took it for a ride around the shop, and then into the woods on the trails covered in snow behind the shop as well. We came back and picked up my parents and drove around some more. The thing seems to run really well. 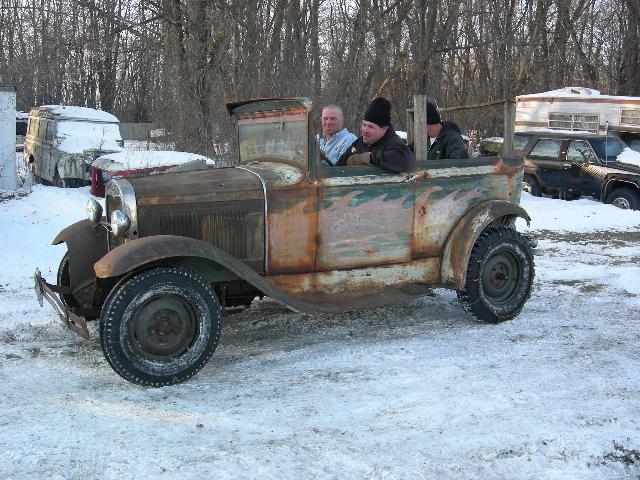 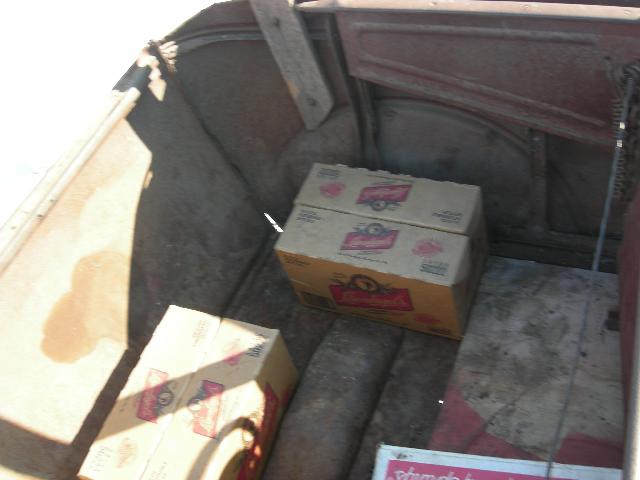 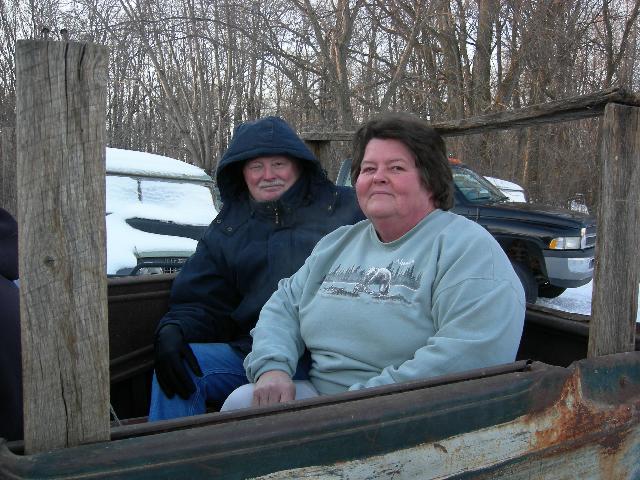 I have since installed a muffler and tail pipe assembly, cleaned out the original fuel tank and installed a new mechanical fuel gauge, along with a number of other new pieces; water pump, radiator, replaced the generator with a 6-volt alternator, headlamps, and just the other day, the starter motor. I do not plan to get too carried away with the thing, after all, it has pretty much only seen dirt roads or two-track trails through the woods it’s whole life. Dressens-Regular’s parents own a 1930 coupe and a 1929 AA grain truck. I am pretty sure we are going to road trip with the three of them to a local watering hole that we frequent while at his place playing with the trucks in the summer time. The locals still find it funny when we crash the place with a dozen or so modified Toyotas. Should be fun to roll up in this old iron as well. 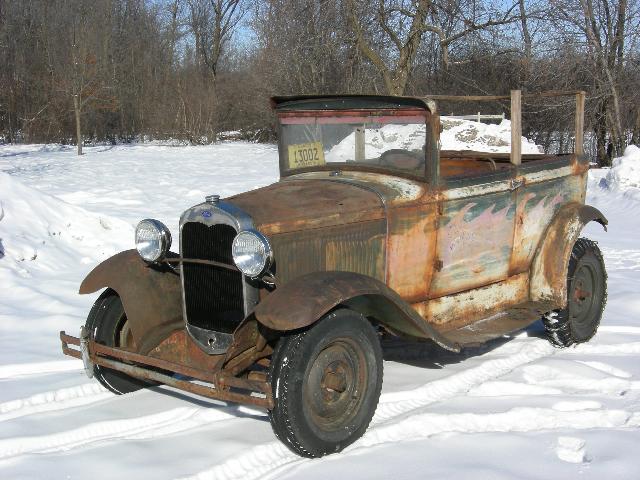 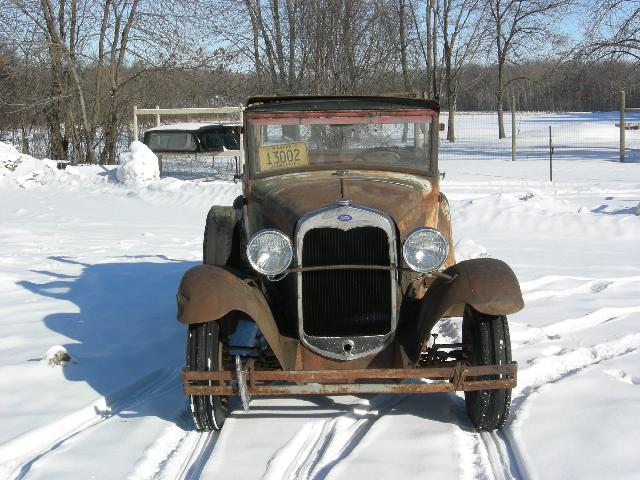 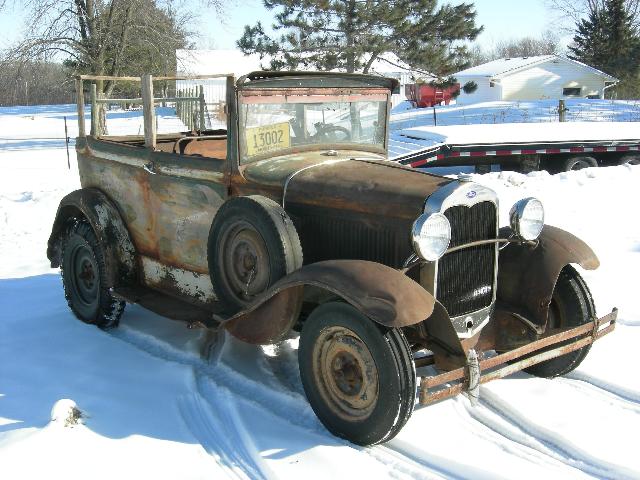 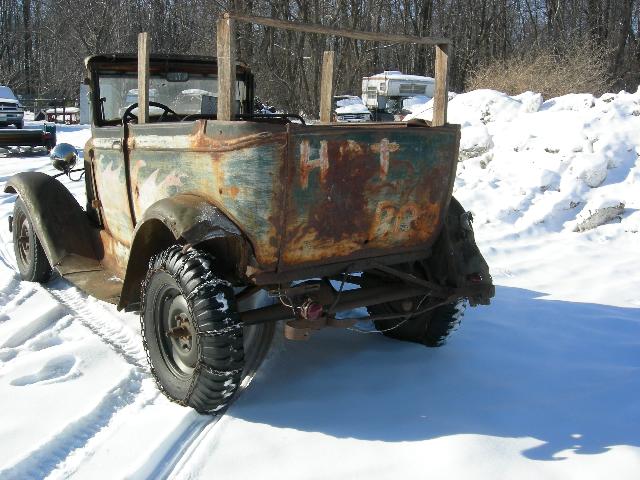 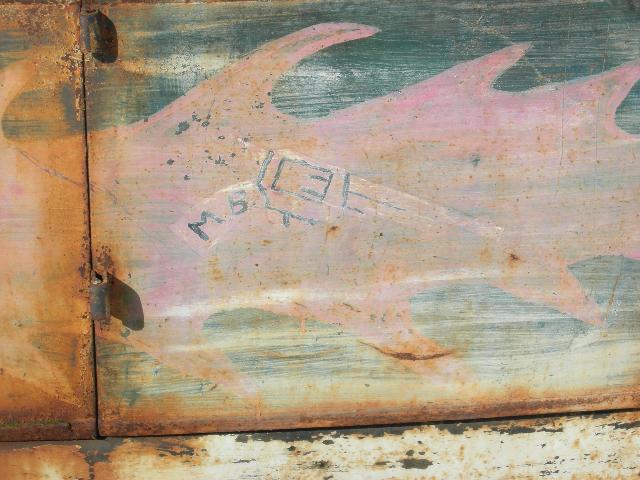 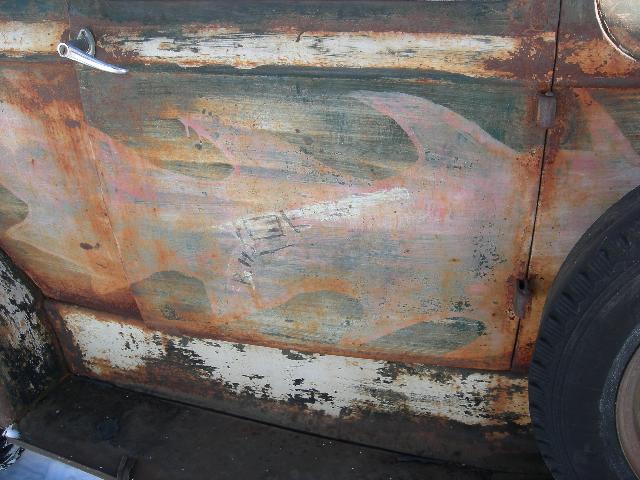 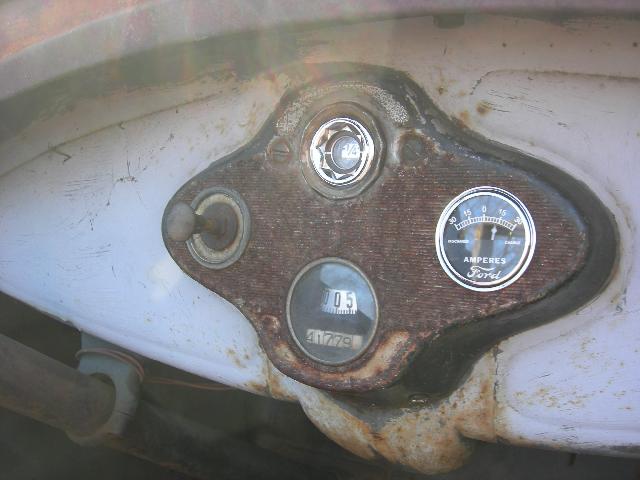 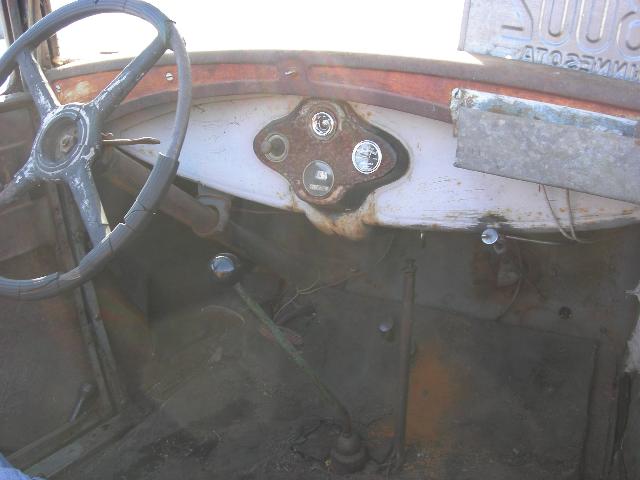 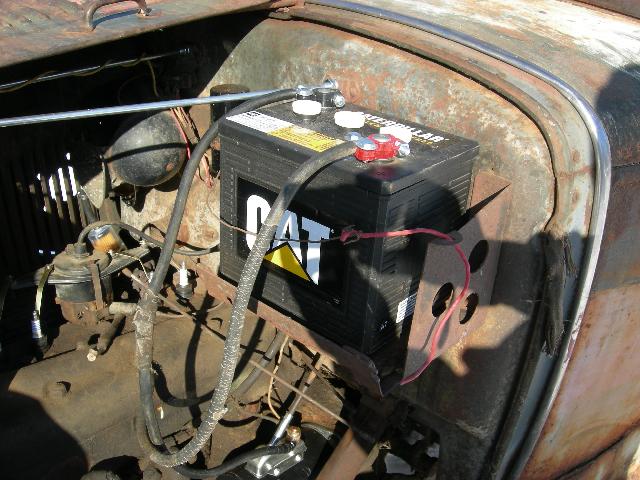 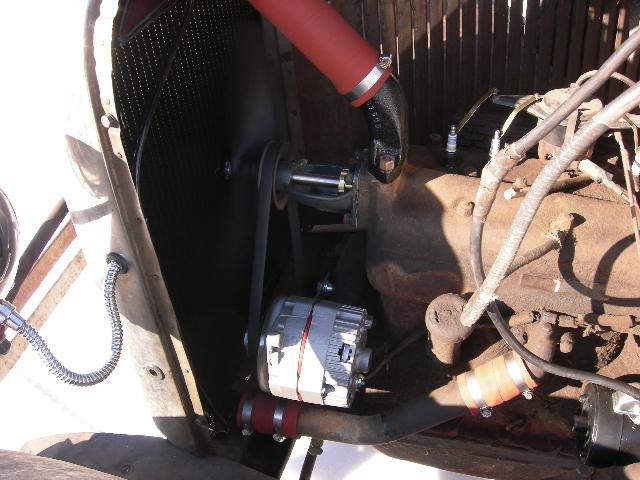 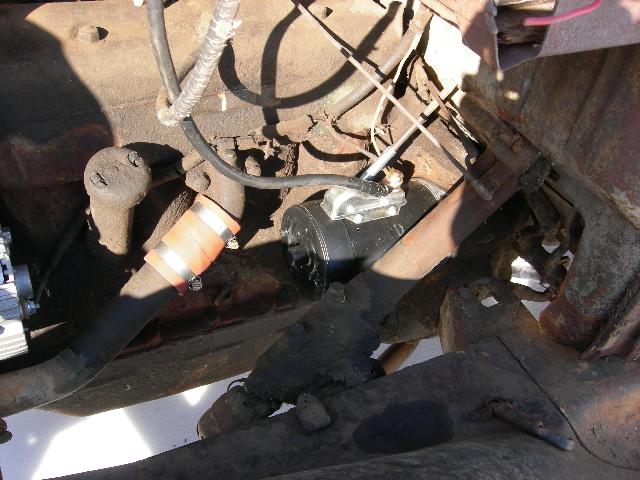 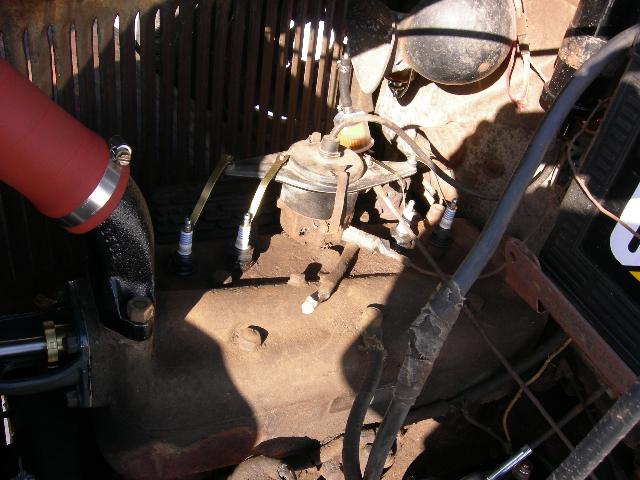 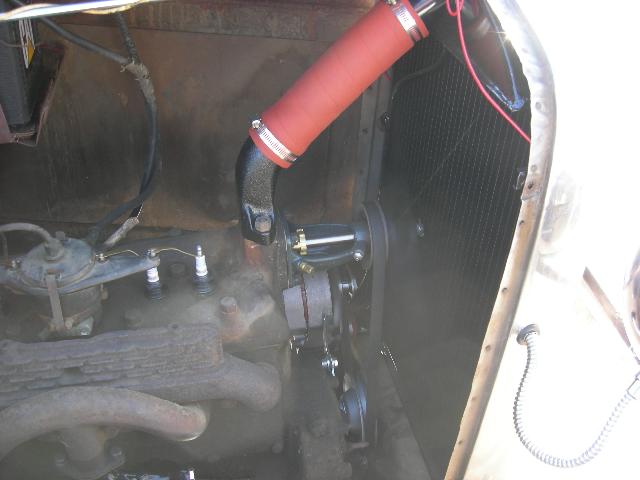 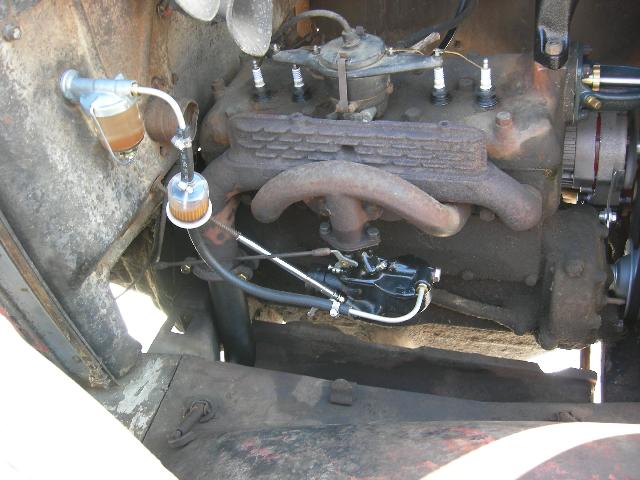 All I can say is thanks. You see I lost my Dad in Sept.
Just brought back alot of memories of both my Grand dad and my Father reading your story and seeing pictures of the rig running.
People don't get the family thing anymore and I apprieciate the fact your keeping a piece of your family history together and sharing it.

All I can say is thanks. You see I lost my Dad in Sept.
Just brought back alot of memories of both my Grand dad and my Father reading your story and seeing pictures of the rig running.
People don't get the family thing anymore and I apprieciate the fact your keeping a piece of your family history together and sharing it.


Very few things really scare me. The thought of my parents not being around cuts to the core.


I have been very fortunate in the fact that I still have both of my parents, who have been involved in my whole life, and that they were close with their families as well, so I got to know my grandparents on both sides, and my great grandmothers. While my parents have not always understood me, they have not ever turned their back on me, and have always been interested in what I was doing in my life. They have been to many TLCA and other off road events not only in the Black Hills since 1995, but elsewhere around the Midwest, and have met some of the folks out here.


A guy only has so much time to do things in his life. I am glad that my parents have been around to see that purchasing that goofy Jap Jeep back in 1988 was simply a conduit to something so much larger than even I could have imagined then.

I would have kept the other fuel tank

This thread has given me just cause to stop and reflect on times and loved ones past lost... Thanks!!!

Mace said:
I would have kept the other fuel tank
Click to expand...

Oh Jason, I still have it....and the wire it was secured with.....and when I remove the original tank someday to have it cooked out and really cleaned, I will probably hook it back up, and drive the car around with the cowl missing, and the fuel tank back on the spare tire....just because I could(after I figure out how to support the steering column)


I plan on keeping the rib implements up front, and getting my own set of military wheels and mounting some non directonals on them.....I think that would look good for the spare as well.


now to clean up the outside, put some sealed primer on it and freshen up the flames

nothing beats having something running from grandpa...

I have a neighbor who is really into the "A" and "T"s. Let me know if you need some little oddball part for it. I'm sure he will have it.
J

This is cool. It's great to hear you got it running.

This brings back memories of my uncle who restored a 1911 Buick and a 1918 Haynes sedan when I was really young. He died in 2000, and I'm not sure what happened to the cars.

That is one cool ride. It's definitely worth fixing good enough for odd outing or even a DD. Throw some disks in the front and you'd be set.