I am planning on going to Grand Junction for Memorial Weekend to run 21 Road and maybe Billings. Anyone want to join in?

Come over to Montrose and run some of the trails there, there is always a few rigs there for memorial day madness

while in Grand Junction, check out Cabela's new store

And if you needed another reason to go to Western Colorado, remember, Cabela's opened a new retail store in Grand Junction located at Mesa Mall, May 20th.

My trusty FJ40 is in Grand Junction just waiting to go somewhere, but as it looks now I'll be in SLC and Bishop, CA over the weekend. Bummer!!!

Hey sorry chuck I forgot you had this thread. Is that billing canyon in mesa county. If so I think its a little out of my league. maybe in six years or so I'll be ready for that one.

Chuck and I ran 21 Road yesterday. Had a great time. We each had the privilege of using the stap, once to get the other of a rock. The day was beautiful and the trail had its many challenges as it always does. We made it up the rock shelf, just past what we used to call the rock garden, where we had lunch. Chuck and I walked up from there to see how doable the trail was, and it looked like the real obstacles were on up there. While Chuck's FJ60 is more than capable, my FJ40 was about limited out at that point. While there, a couple of highly modified Bronco's came up, and they said it was about another 2 miles on up to the top from there, and yes they said it is very challenging. On our way back down, I had a large boulder jump out and take a bite out on my drivers door, and other than that and knocking some rust out of the rt rear quarter panel, hard to tell much, if any difference. I will post some pics as I'm able here from Grand Junction, as I have a poor inet connection.

It was a good day, and a good run. 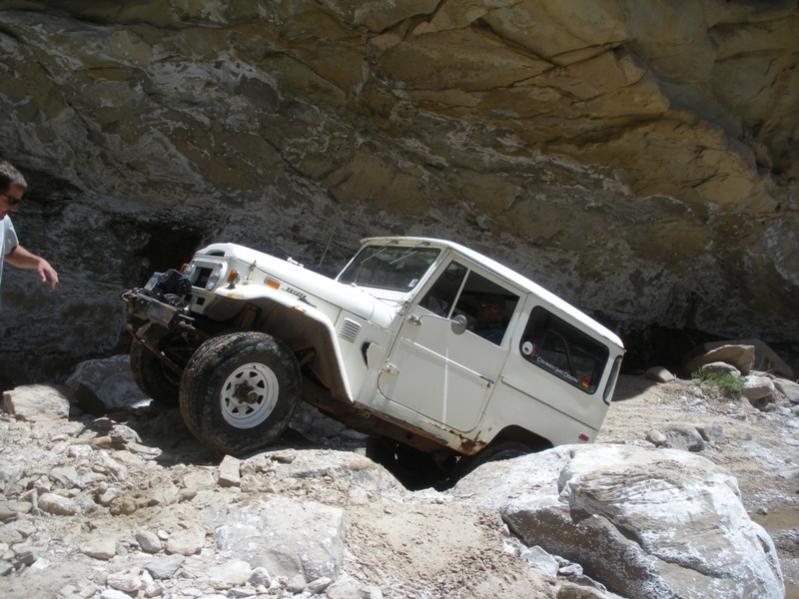 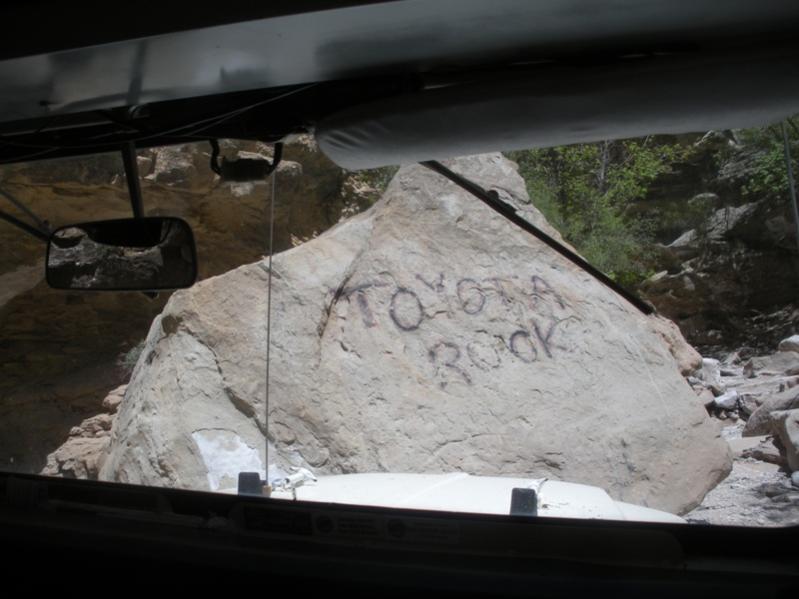 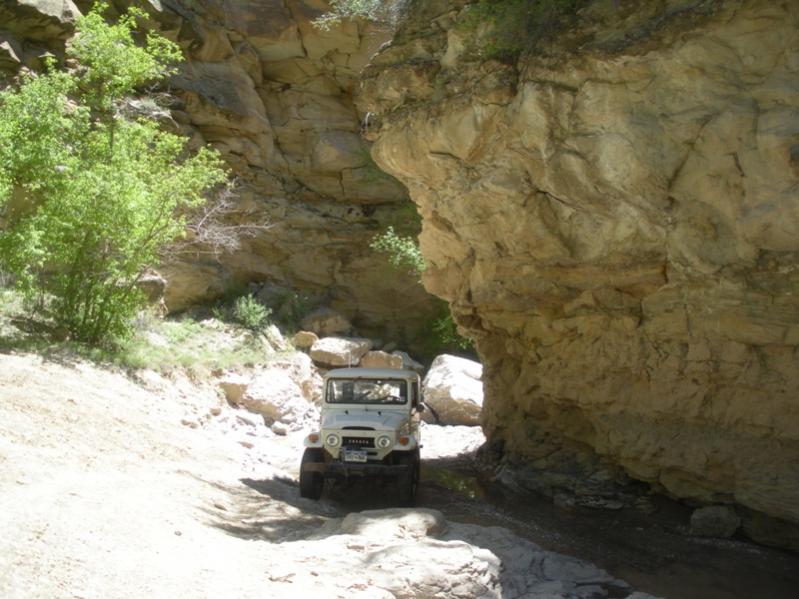 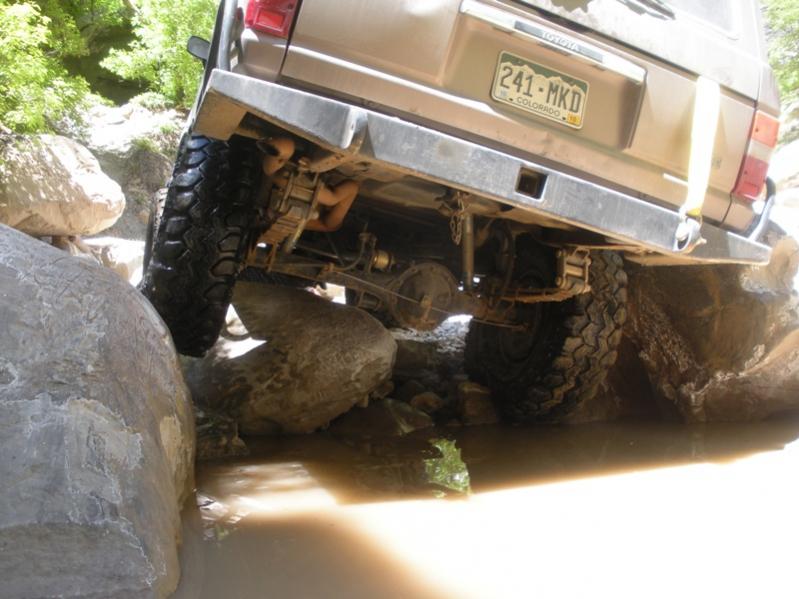 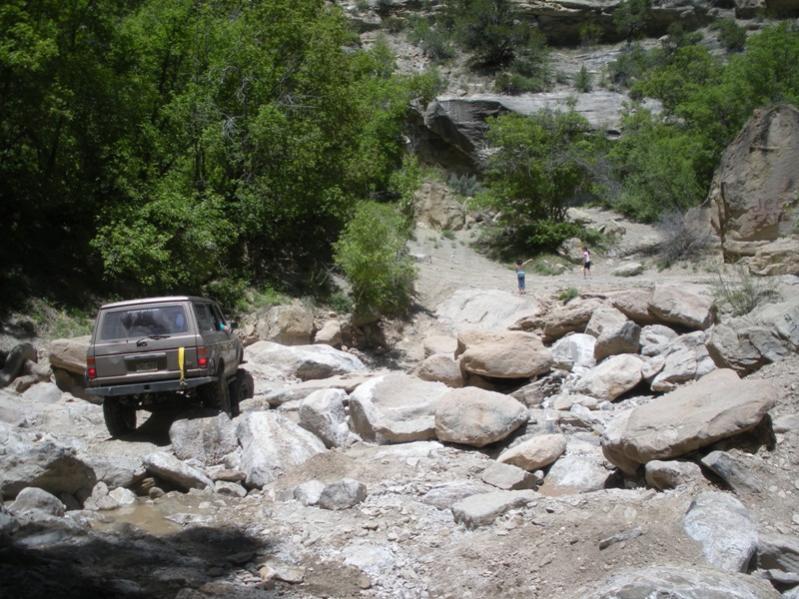 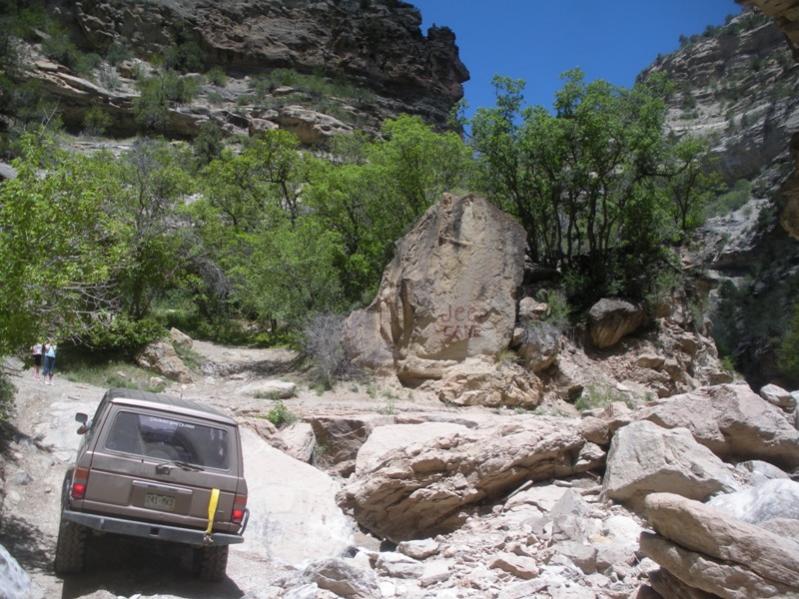 The last picture is looking up the trail as it continues. We had lunch and turned around. I know Chuck has some pictures too. Hopefully, I'll be at the next meeting and can show the entire set of pictures on the "big" screen. 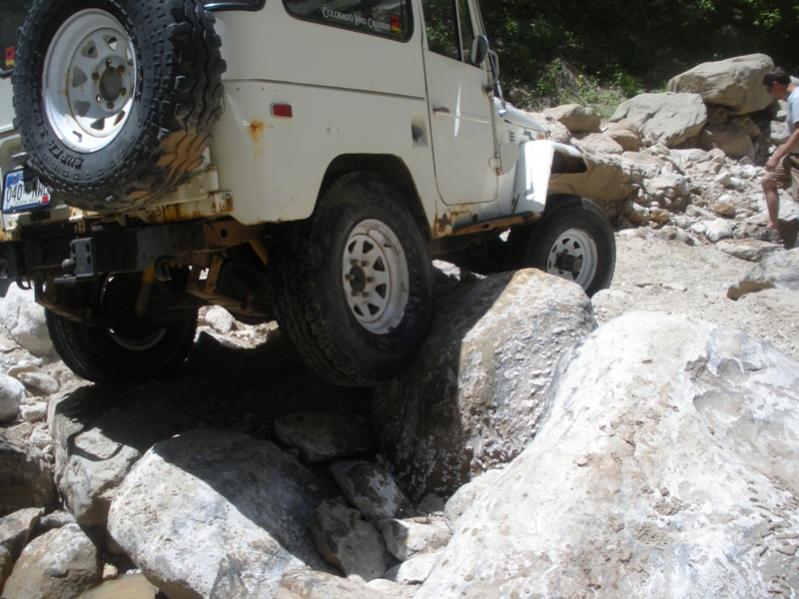 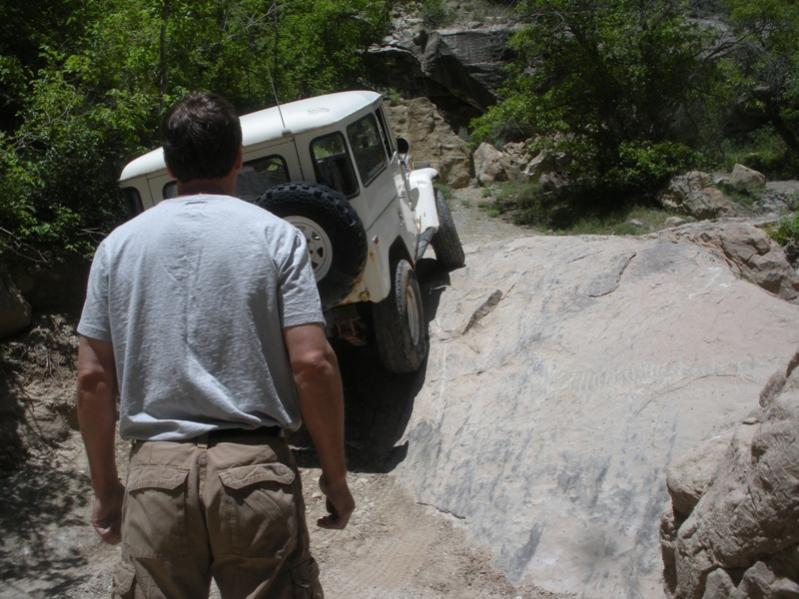 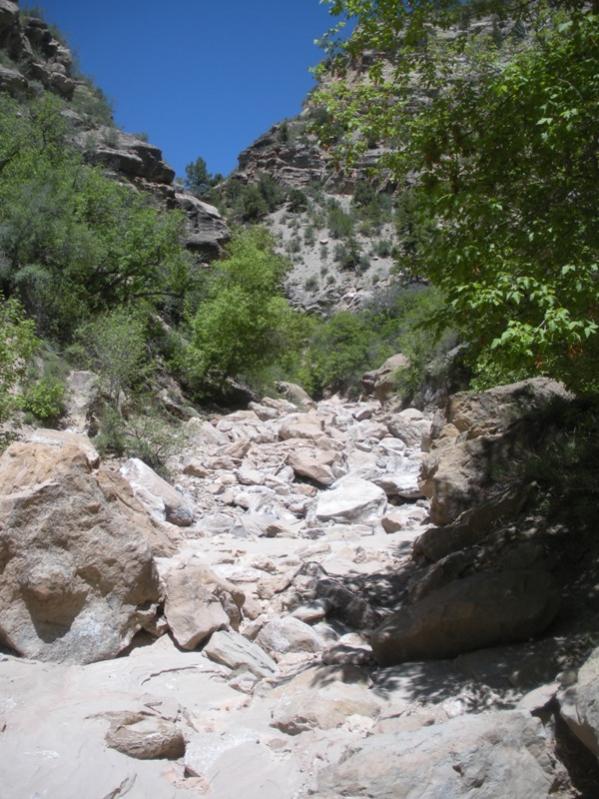 Looks like one crazy trail. Sounds like you guy's had a blast though, keep the pictures coming, my son likes pictures and videos.
B

looks like a sweet Trail! thanks for the photos!

I am not sure how many pictures I have but I will try to post some tomorrow.

My wife doesn't like the big bang sounds of heavy steel on rocks. I keep trying to tell her that that sound is fine, it's the sound of someone crushing a pop can that's bad.

Made it back home just fine. Pulling the 60 on a trailer behind the motorhome back and forth across the Colorado Rocky Mountains takes lots of horse power. The V10 in the motorhome could use another 100ph for the passes but it did just fine.

We had a couple of off chamber spots that made Linda screem so loud that I thought she was in my 60 instead of Darryl's 40. When Linda screemed it made Diana and the girls screem. They seemed to connected together like the smoke detectors in the house?

Chuck, did you use your old ford motorhome?

I don't think the 1978 Ford motorhome would have survived a trip like this pulling something like 7500 lbs behind it.

I don't have very many pictures of us wheeling since the kids had the camera but here is what I have. 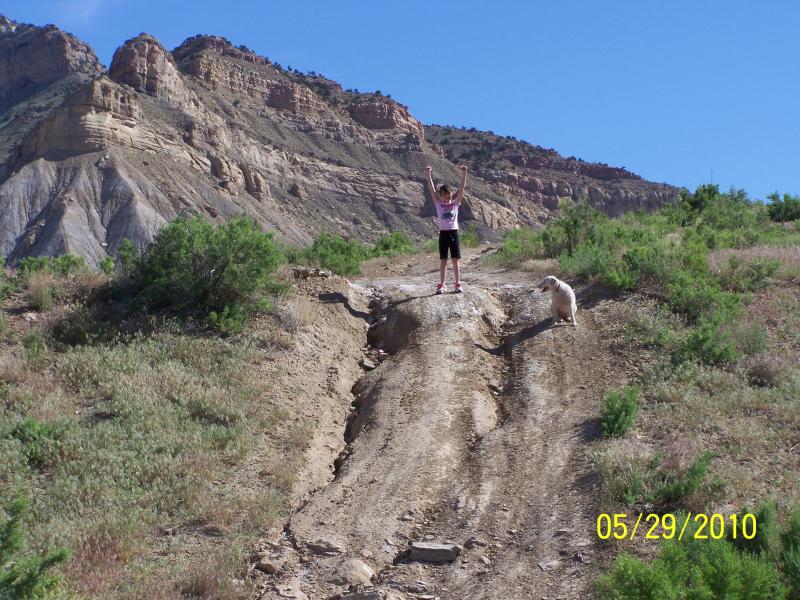 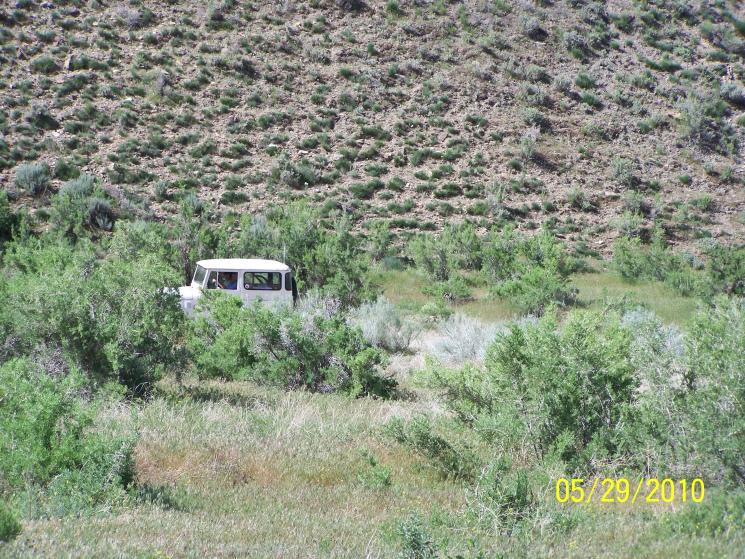 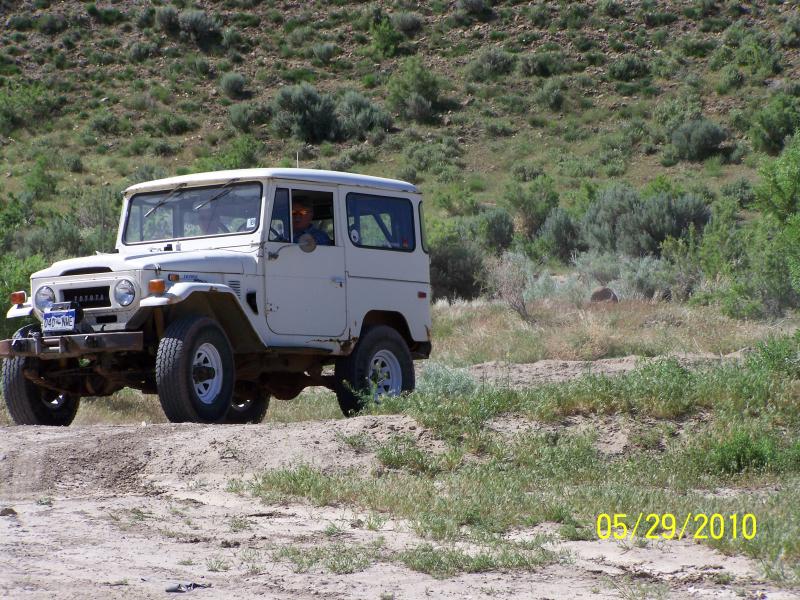 And some pictures that were taken on the trail. 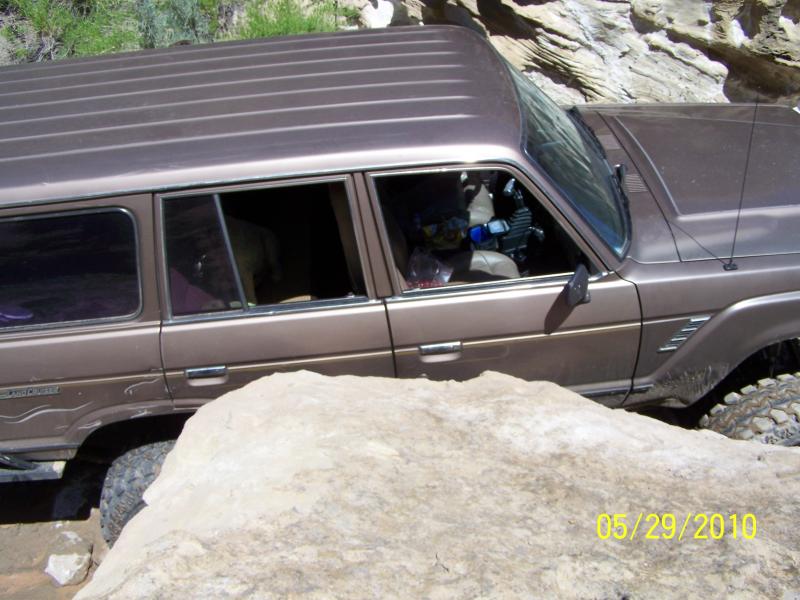 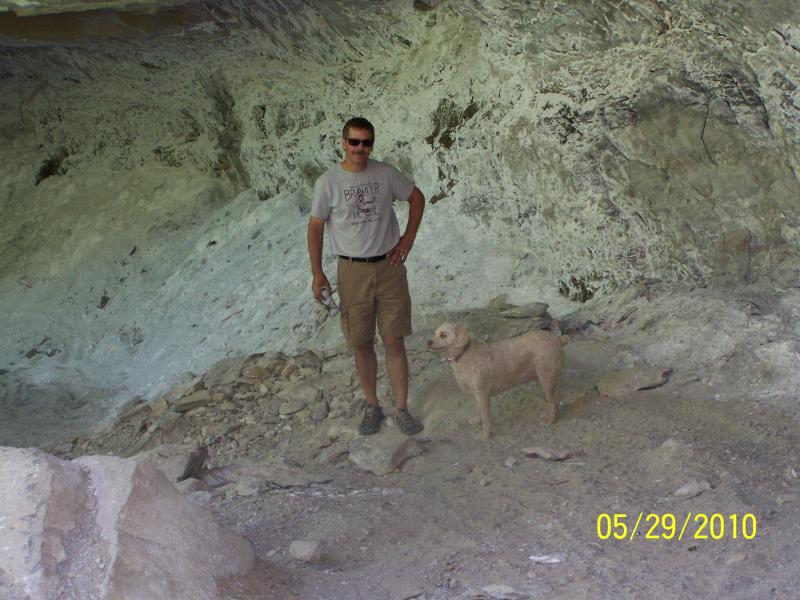 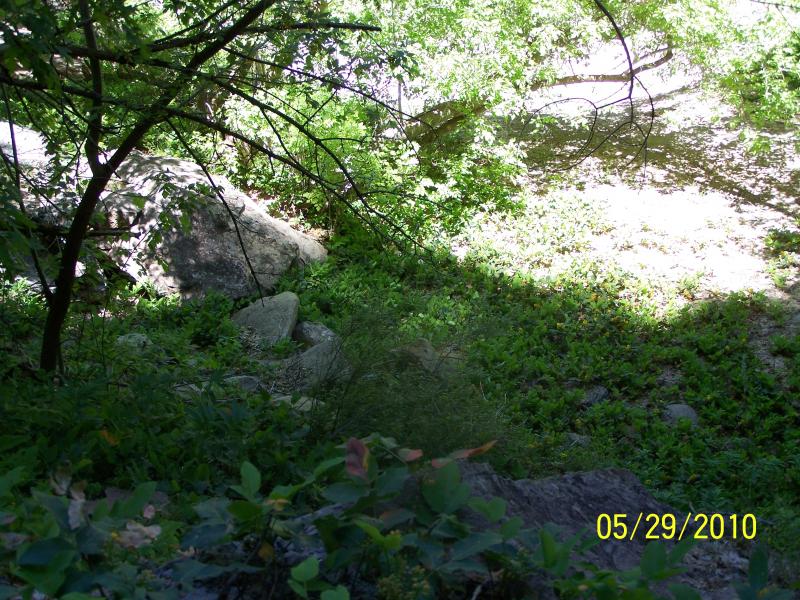 These are from Colorado National Monument. 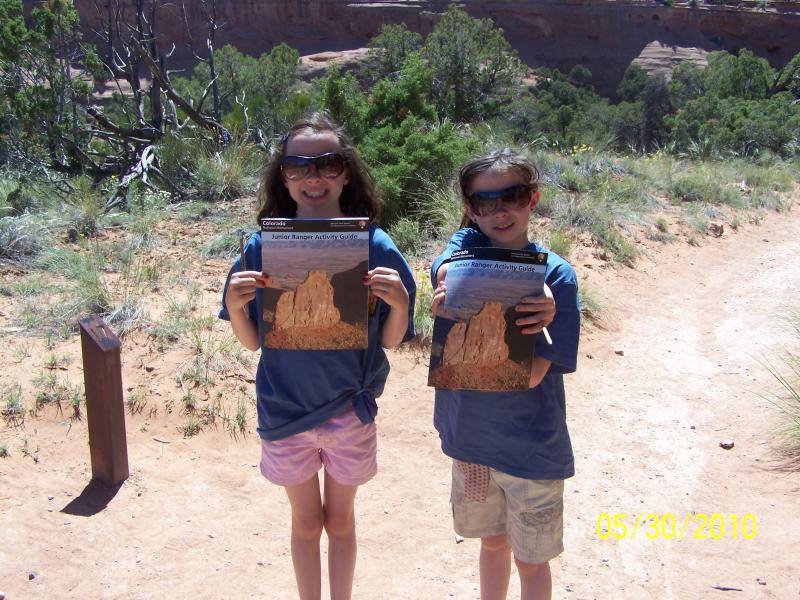 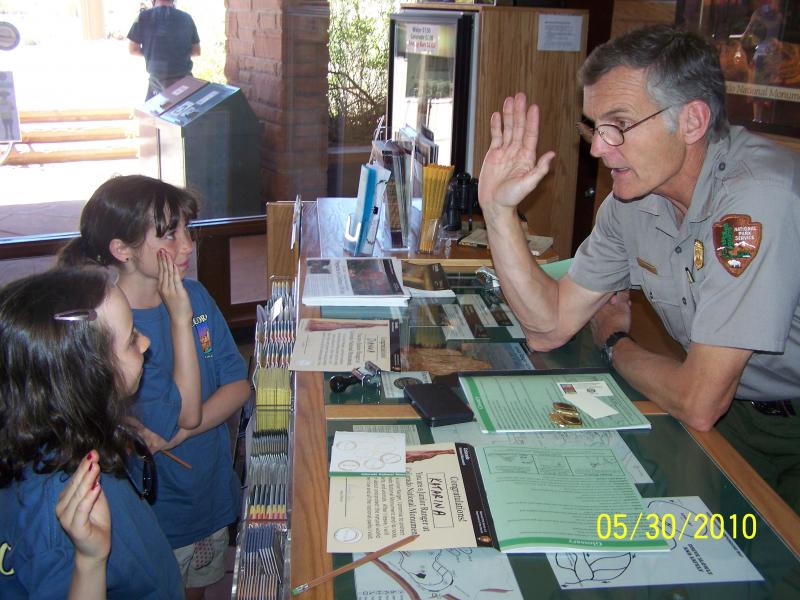 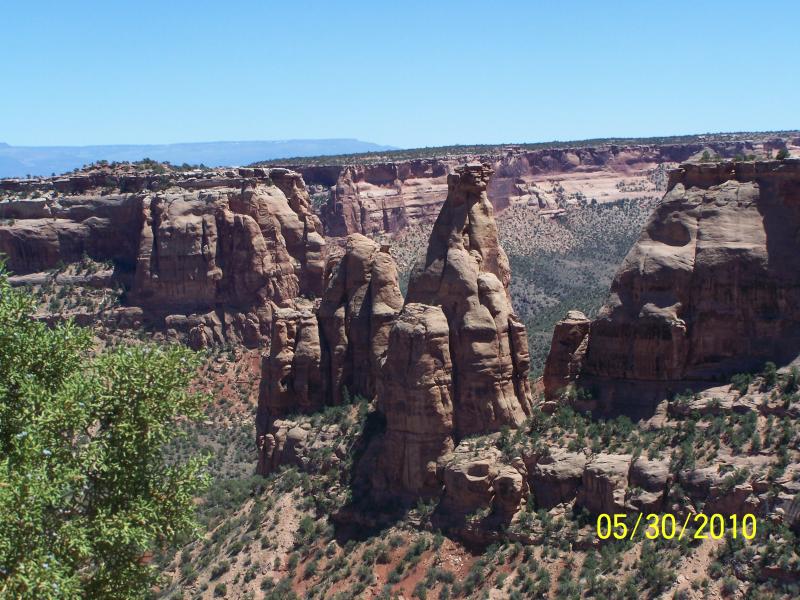 This is what the desert looks like during Memorial Weekend. 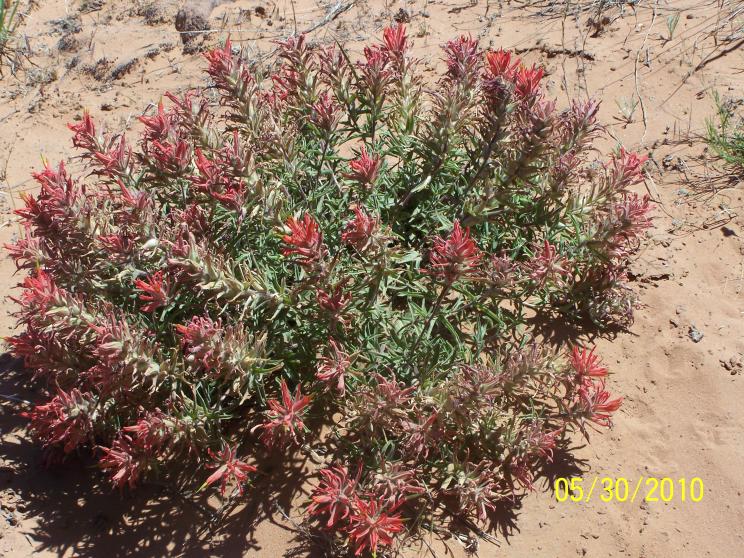 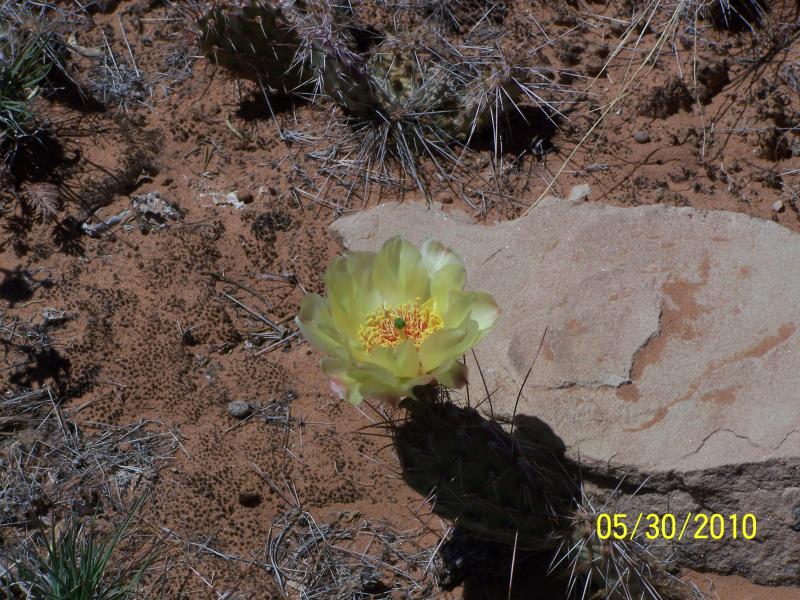 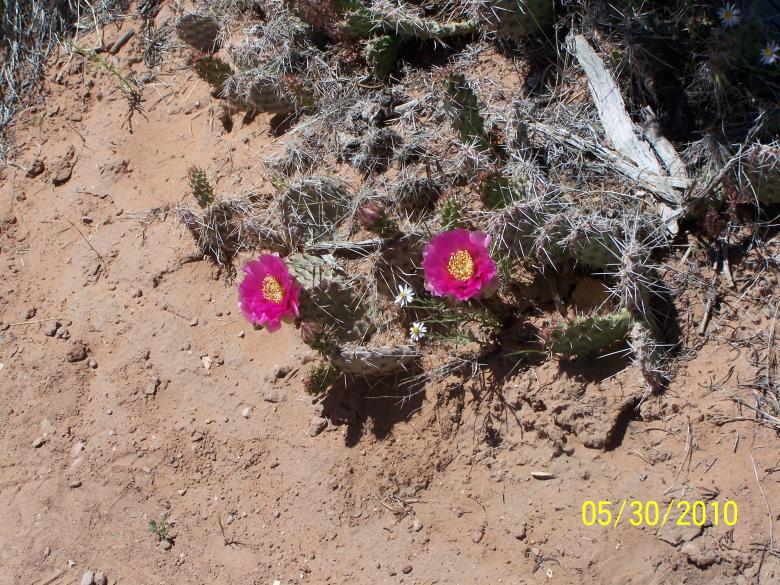 This is what we looked like at the Colorado National Monument Memorial Weekend. 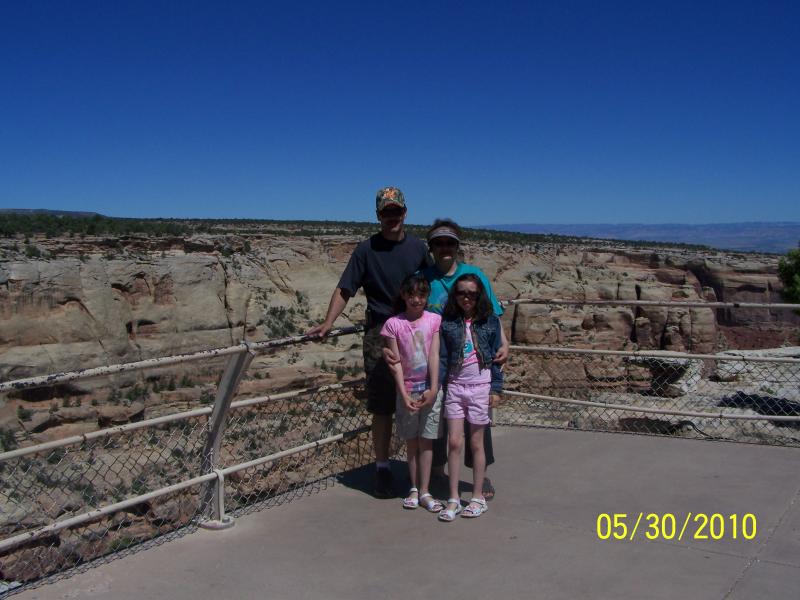