Hi everyone! I've been looking for an 80 series for sometime now and am considering a 1997 Collector's Edition with some rust damage. The rockers and window will cost around 3k in body work and I can accept this. The frame rust seems to be more substantial. Attached are some pictures of the vehicle. Does anyone have experience with this? There are varying degrees of solving it I've seen. Some say you can get at it with an angle grinder or wire brush, some rust converter and an undercoating. My thought was to have a shop remove the frame from the body, media blast it and apply POR15. Do you recommend me purchasing the vehicle and if so what do you recommend for rust treatment? Thanks 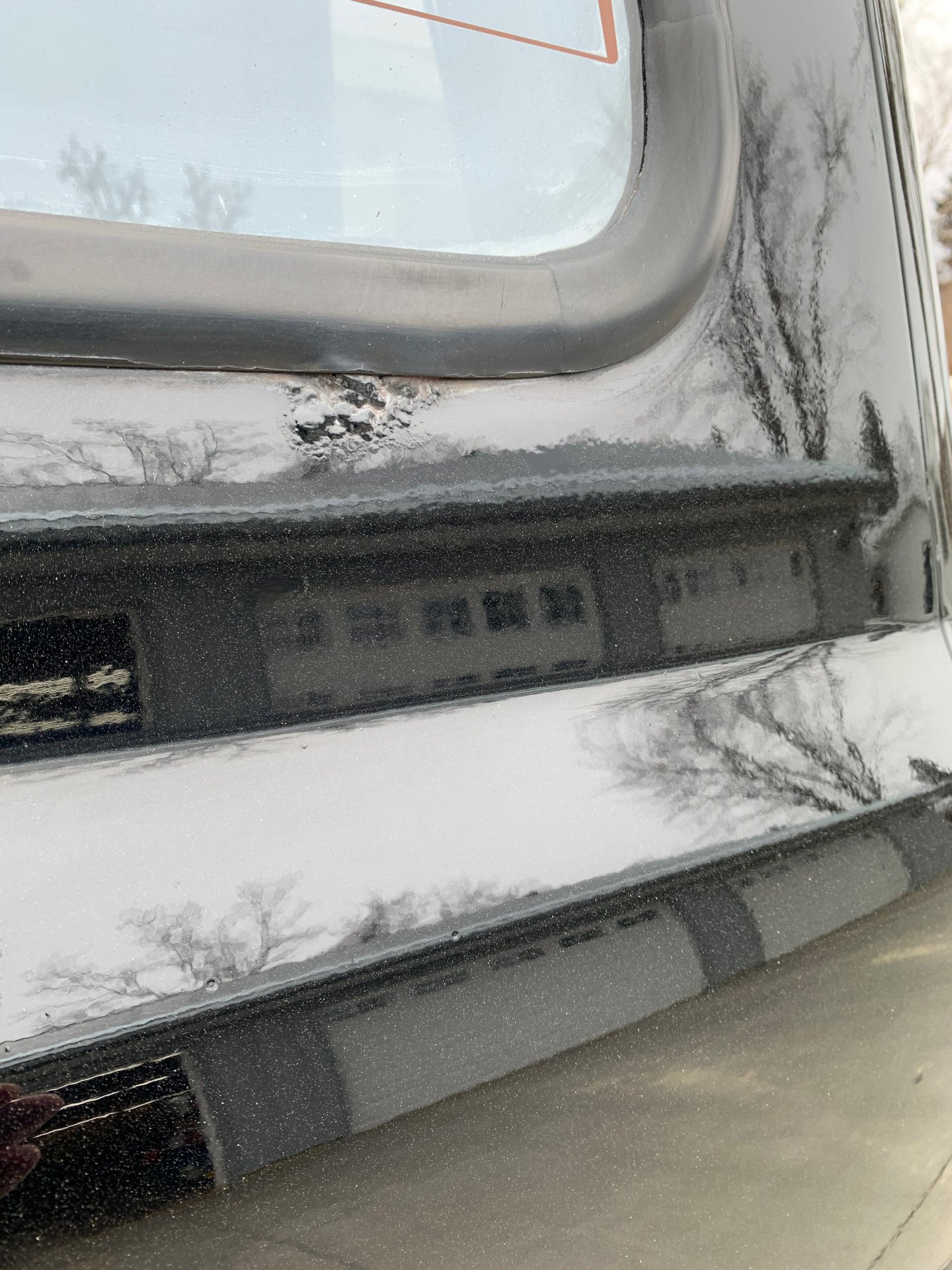 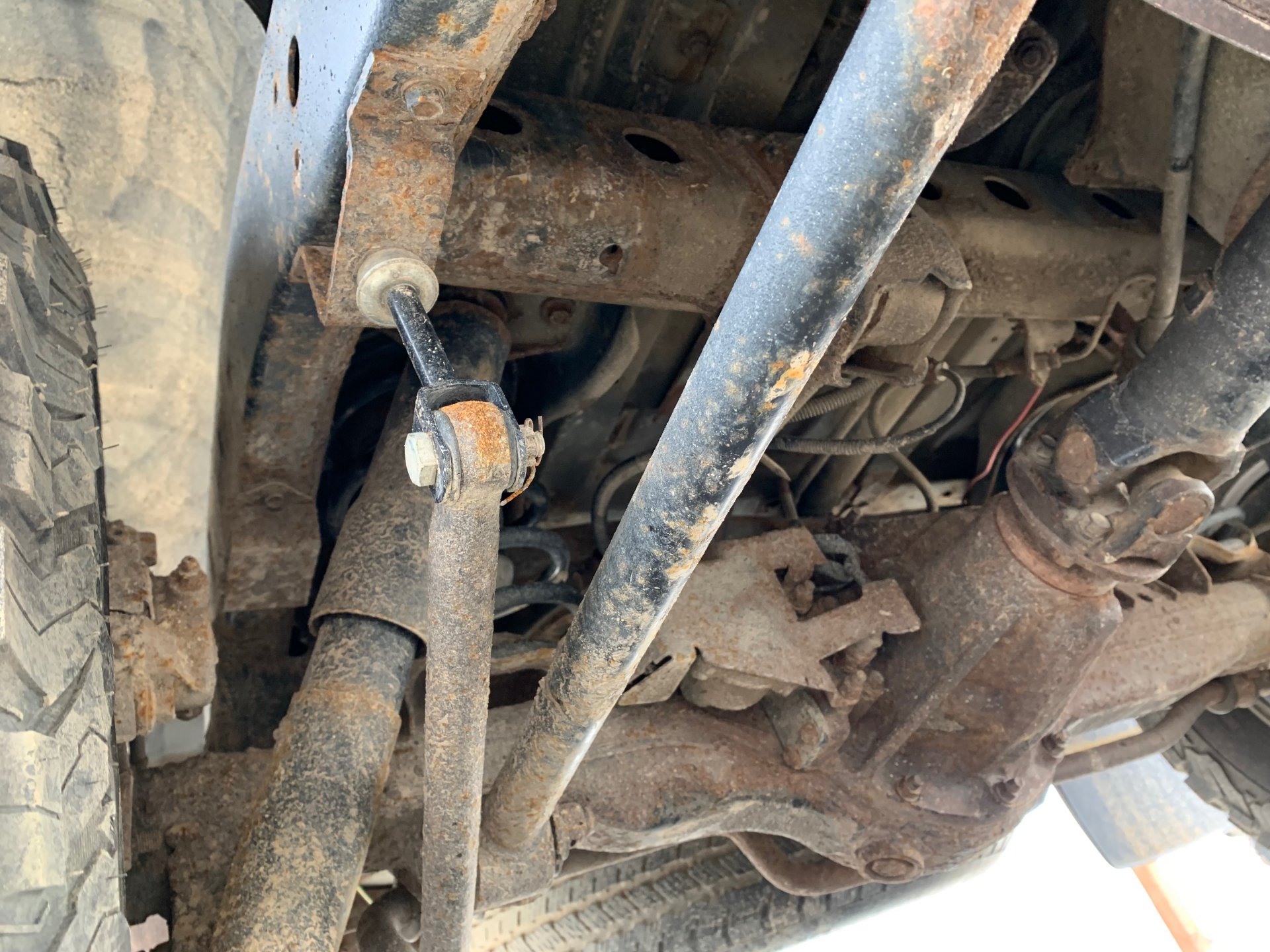 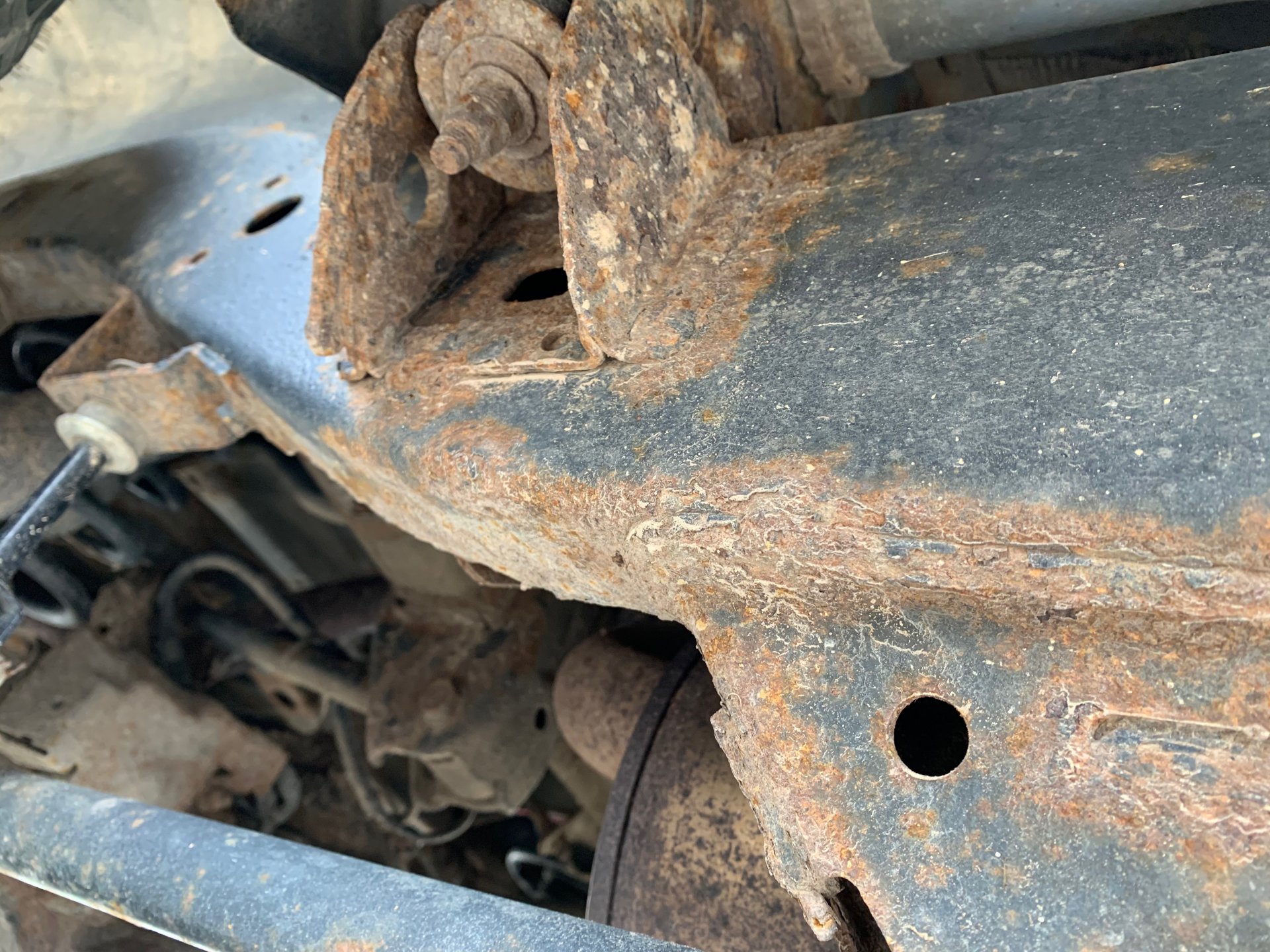 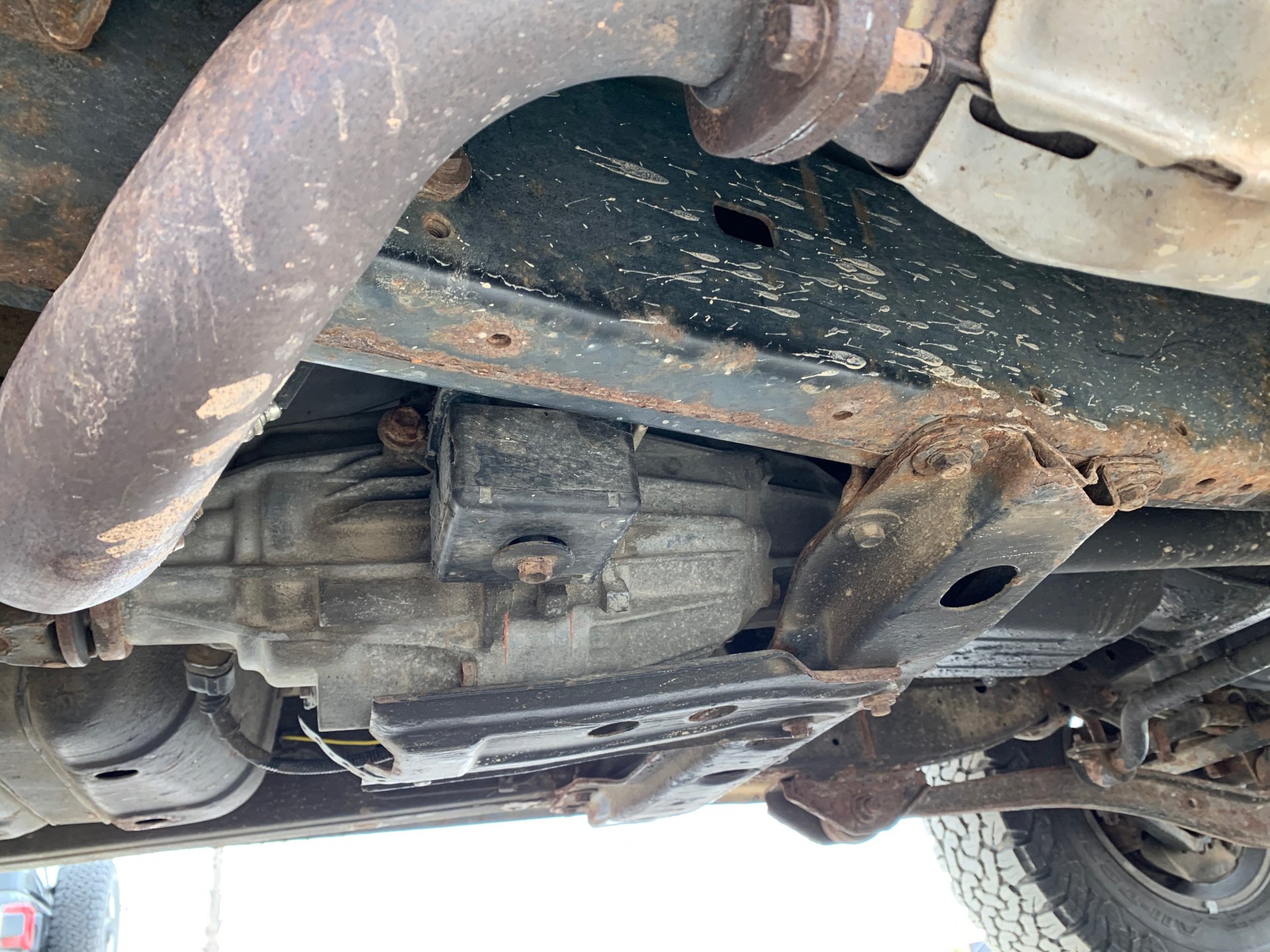 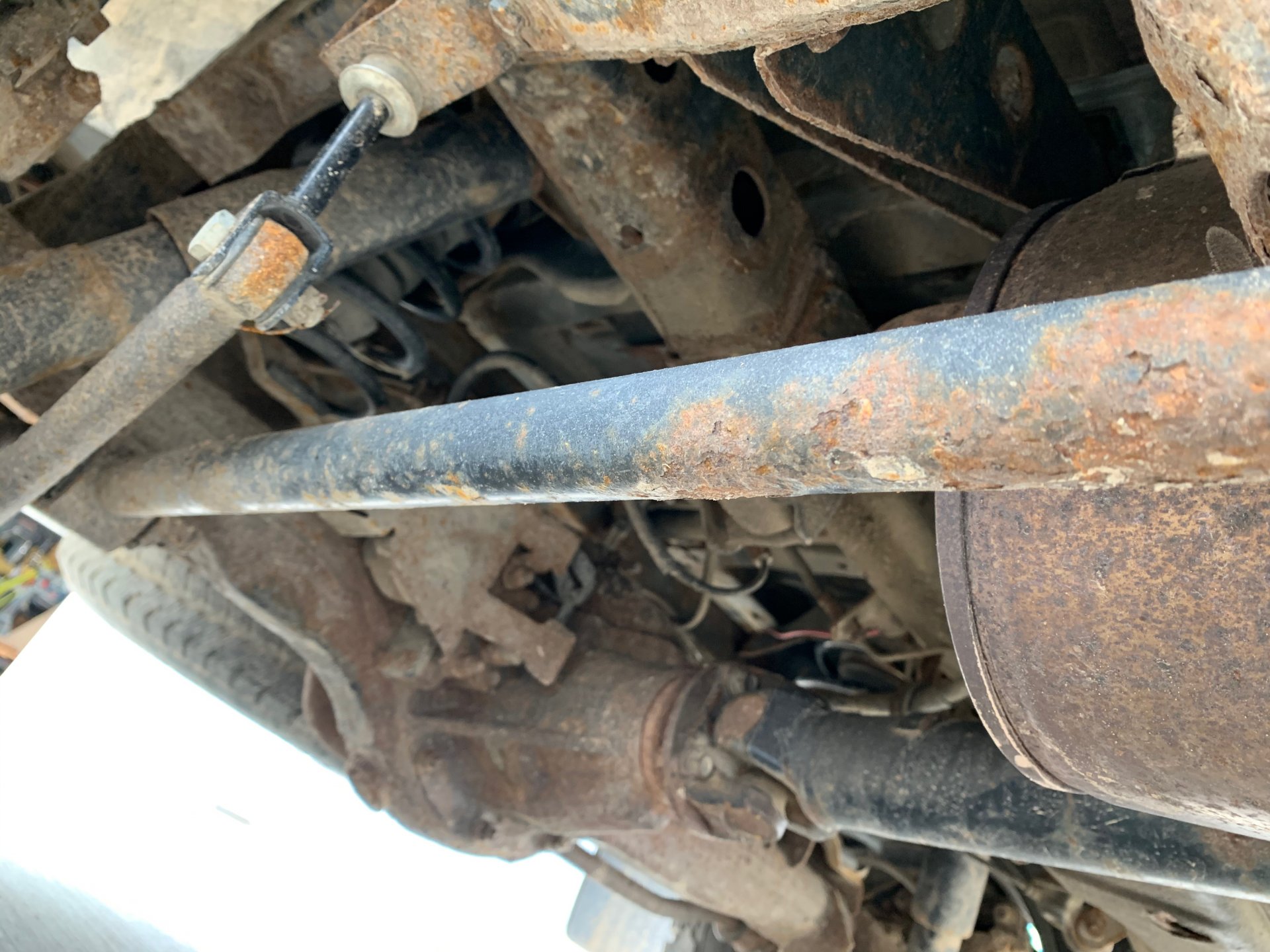 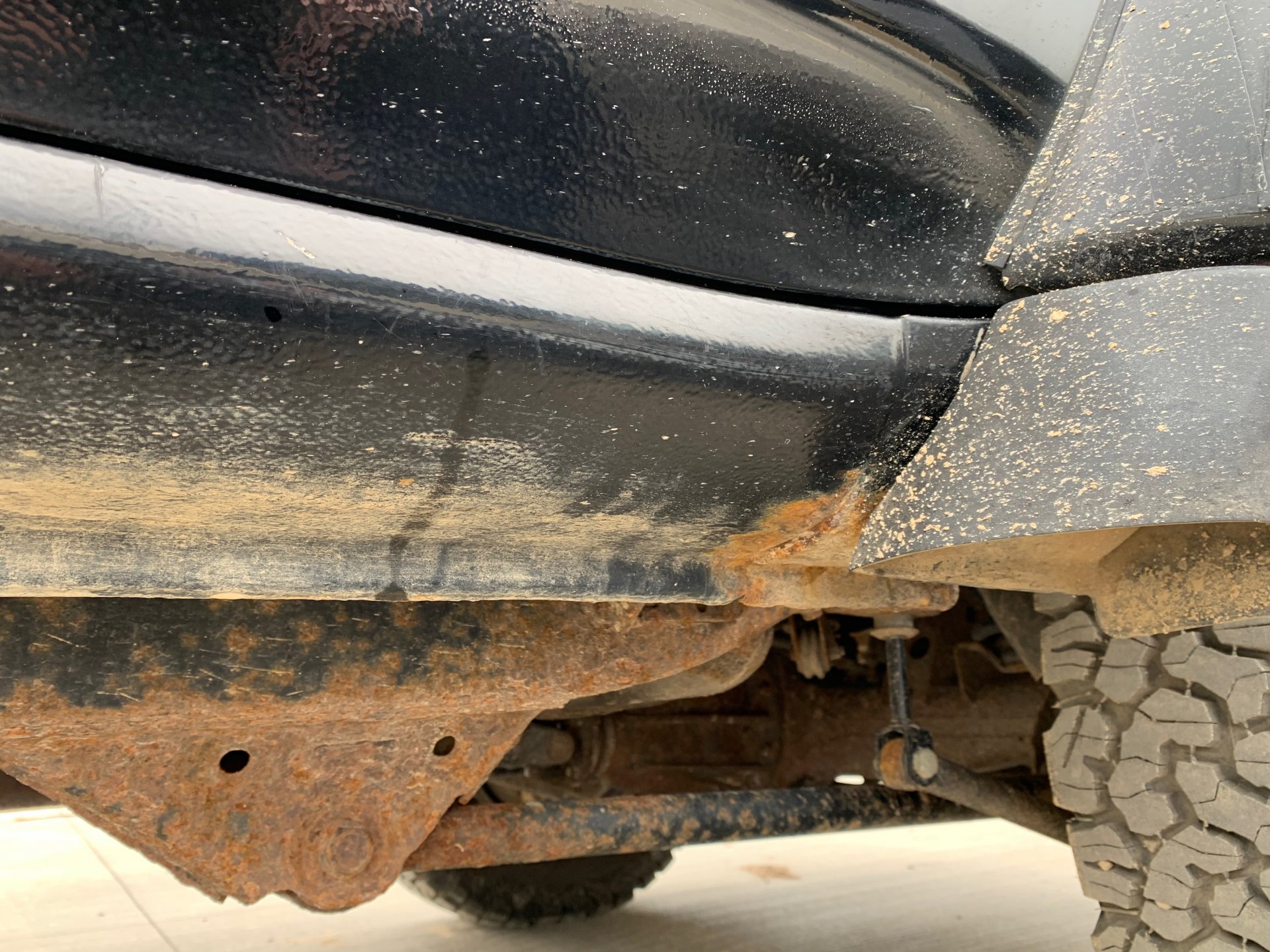 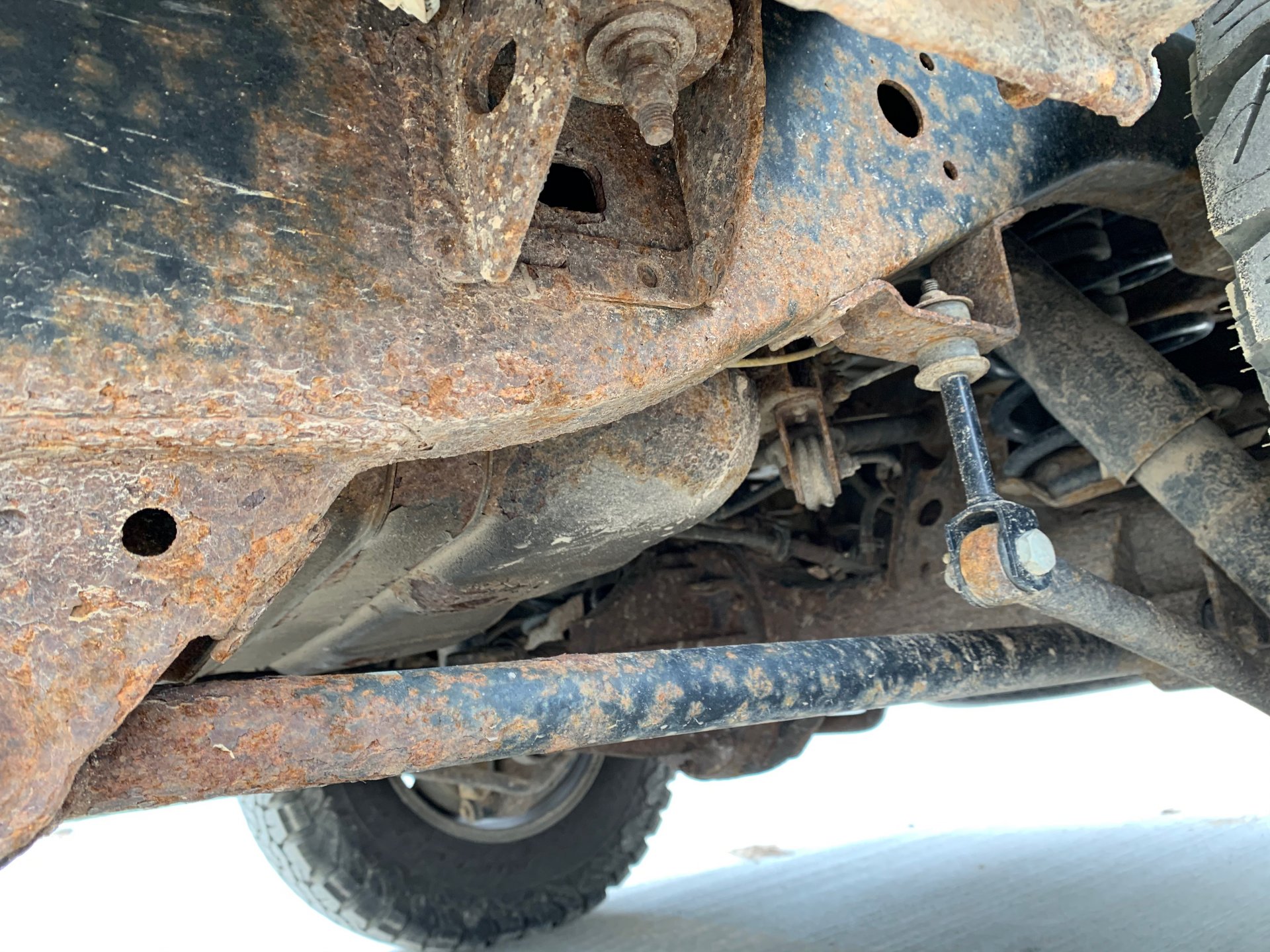 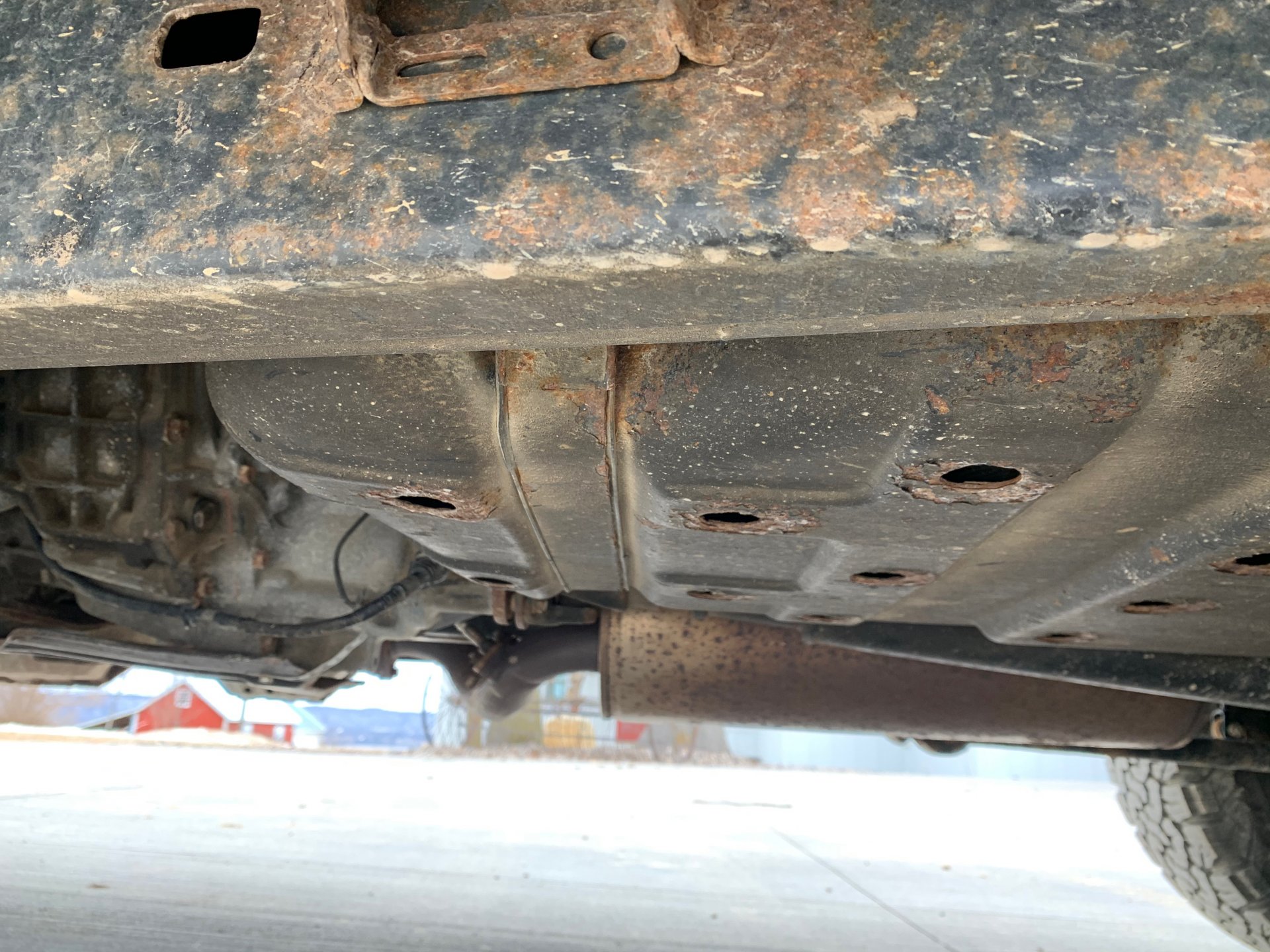 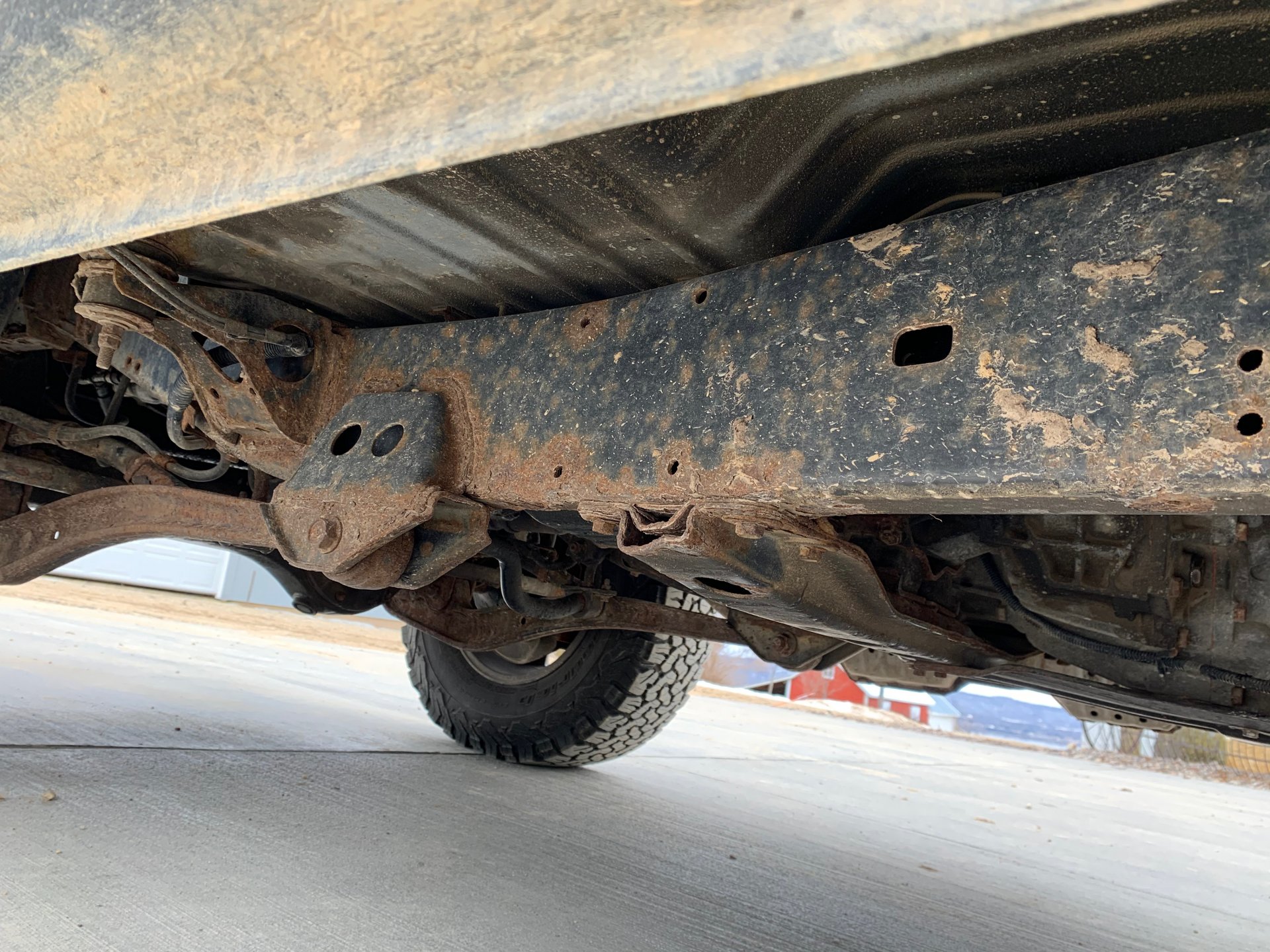 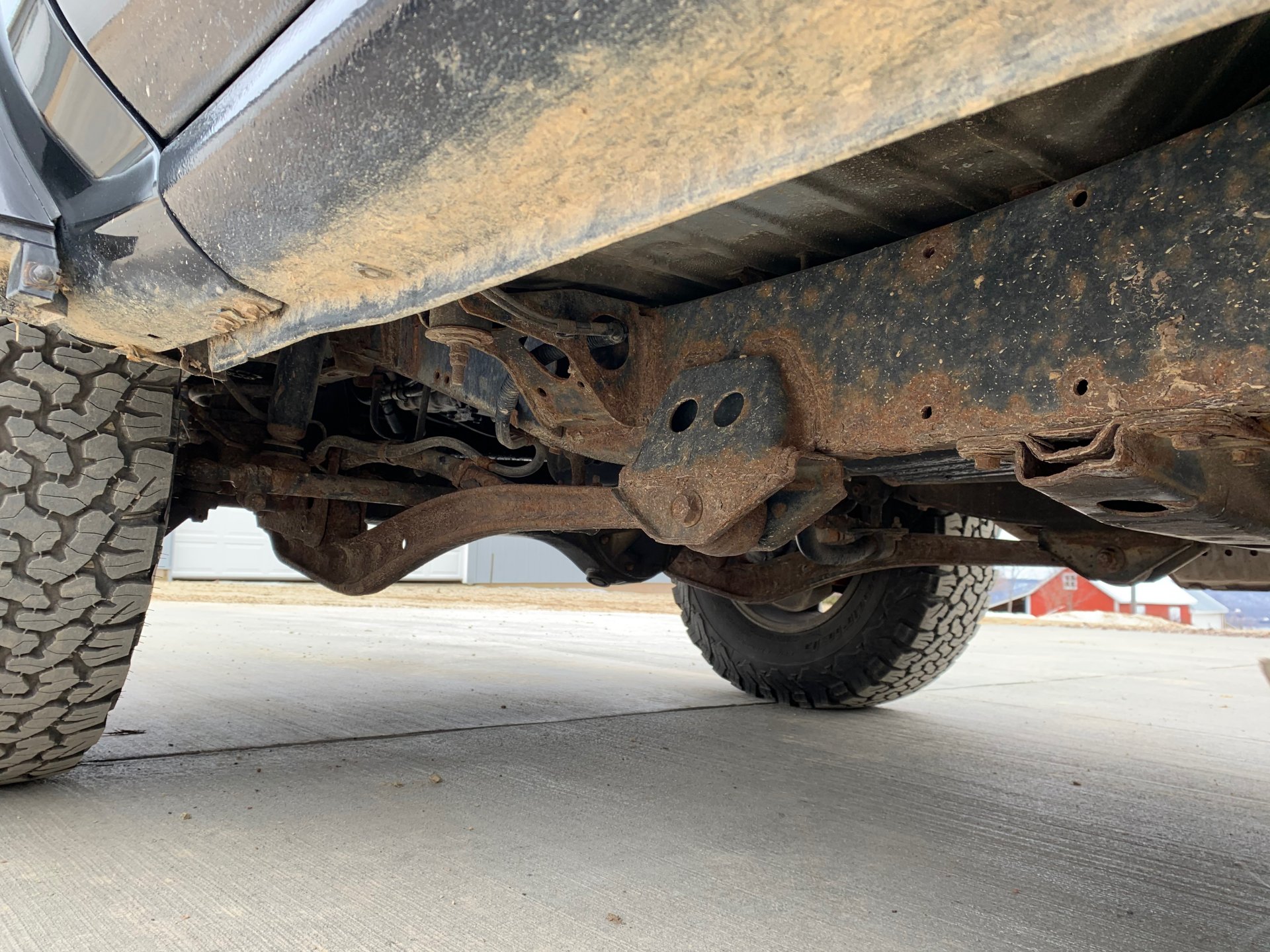 Unless it's the deal of the century and selling for super cheap, save your money and get one that doesn't need that much work. Rust is insidious and miserable to deal with, let alone the $$$ required to do it properly. Start looking on Craigslist for AZ and NM and Southern CA cruisers that are largely rust free. Unless you feel like spending thousands of dollars to get it to the shape another cruiser may already be in. In short, RUN AWAY (unless it costs $500 or less).
A

It is a 2017 CE, paint looks pretty good, interior is very clean, has a little more than 150,000 miles. Even has an ARB front bumper already installed. He's asking 8k. My thought was offer him 7k, put 3k into the body and another 3k into the frame. Would a CE with those numbers be worth the 13k? Can I ever really put the rust out of mind?

That frame it’s that bad. Still pretty much surface rust/ borderline bad rust. It’s at the tipping point. Body rust would be a no go for me.

if that was in like Boston or New Jersey or something than I’d say not that bad, but if your out west you can find a better one for sure and save that trouble.

For reference I paid 3500$ for a Arizona truck with 0 rust on the body or frame. The frame and axles still had the factory paint on them. I’d pass on that for sure. You can find a better truck on that side of the country.
A

When did you buy this? What year truck is it? Locked?

1993 228,000
it’s locked now, not factory lockers.
Don’t get hung up on the factory lockers BTW they aren’t worth paying a premium for, and you can put better lockers in later.

Don’t worry about miles, or lockers, or CE, just get the cleanest possible one for the price. Your probably going to replace a lot of the same shyt either way.
A

Where do you recommend I look? KSL, Craigslist, Autotrader, eBay? Also how clean was the interior on yours? Seats good? All electronics functioning?

Yea mine is cloth interior, it’s in pretty good shape. The paint is completely sun baked and screwed, both pinion seals where out, had a CEL, and needed TRE.

But my point is, don’t worry about little crap bc you can fix all that. It’s extremely hard and expensive to fix rust.

Hard pass on that rust. For me at least...

Look up under the left rear bumper wing. I’d be willing to bet that the rocker is gone. You drive down a dirt road and there’ll be dust in the cab. Ask me how I know. I’d pass. Rust sucks so much.
A

Appreciate the feedback guys. Think I'll let this one pass and keep an eye out for a deal.

I just bought one in similar condition for $5K - and subsequently picked up a rust-free frame for it after thinking about how much time I was willing to spend wire brushing & repainting the fame vs. just moving the body to a replacement, so now I'm into it for 6.5 - and could have found a rust-free example for that much. (Passing is probably the way to go here.)
A

eimkeith said:
I just bought one in similar condition for $5K - and subsequently picked up a rust-free frame for it after thinking about how much time I was willing to spend wire brushing & repainting the fame vs. just moving the body to a replacement, so now I'm into it for 6.5 - and could have found a rust-free example for that much. (Passing is probably the way to go here.)
Click to expand...


Problem is I'm just not finding what I want any lower than 10k. I've been looking at a great looking non-locked LX450for 13k and a locked LX450 with several issues (no rust) for 13k. I saw a project truck ($4300, needed transfer case) flash on Craigslist in Vegas yesterday night, but it was taken down within a couple hours. I messaged the guy but never got anything back. My concern is the days of a decent 80 for ~5k are gone.

That frame rust doesn't scare me too much (not good, but not too far gone to be treatable) and neither does the hatch glass (I replaced my hatch from a junkyard for the same reason). But the rust in the rocker would be a no-go for me. That's going to get worse and will cost a small fortune to fix properly.

As others have said, don't sweat the lockers. Gone are the days where soccer moms and dentists would sell their locked rigs not knowing what it was or that it might be worth more. Now everybody wants more money for factory lockers and it's just not worth it.

It’s looking that way. But they are still some hiding in people’s back yards that they have no idea what it is. I know where a few are sitting in KY just in case I need another.

you will find a good one if you stay on the hunt.

If your looking for one in great shape interior and paint, your gonna pay a lot.

what are you wanting to do with it?
A

Well this whole search kicked off when I got a new job working from home. I have a 2019 Tacoma TRD Pro and thought now was an incredible opportunity to save some money and get rid of it in lieu of a cheaper vehicle that I could drive to the ski resort on the weekend. Pretty much just looking to take advantage of the fact that I no longer need a daily driver. I've wheeled once or twice in my Tacoma but generally I was too afraid to destroy the paint on a ~45k vehicle. I'm looking for something I can drive on the weekends down to Moab, out to Yellowstone, and work on/restore at home in my spare time. I prefer it be sanitary/dependable because I have a 1 month old son who I may need to bring to an appointment once in a blue moon.

I’m also lucky enough to be in a situation where I don’t need a daily driver at home bc I work and live in different parts of the country.

The 93 I bought looked rough when I bought it, paint peeling, diffs leaking... and so on. So it got passed over by a lot of people, and the price stayed low. But its rock solid reliable now. If you want to fix one up I’d look for one with some mechanical issues instead of rust.

They are a bit expensive to work on, but not as expensive as rust. I tried going down that road on a first gen 4Runner, I’m not messing with rusty trucks again.

That one you found that needs a T case wouldn’t be too big a task.
You must log in or register to reply here.

Determining if this rust will be an issue
2