I imported an hj60 from france 8 weeks ago body was full of rust holes on the usual places the chassis was almost 100%. The engine sounds fine and apart from a few small oil leaks there was nothing wrong. the oilseal between gearbox and transfer was leaking and we had to replace it. further there is an extra 200l diesel tank mounted (i still need to find a way to fill it since the cap is under the backdoor) and the springs where almost new.
Originally the car was babybleu metallic and the previous owner resprayed it in white. I decided to keep it white when it gets its respray.
When we were welding the roof the ceiling set fire. so there will be a new one. the first photo is how it was when it came. It will have chrome bumpers and new tires new exhaust etc. The door panels were rotten to so i made new ones from fake leather in two tone.
It is almost finished now the car is together again and in a few weeks it will get its respray.
D 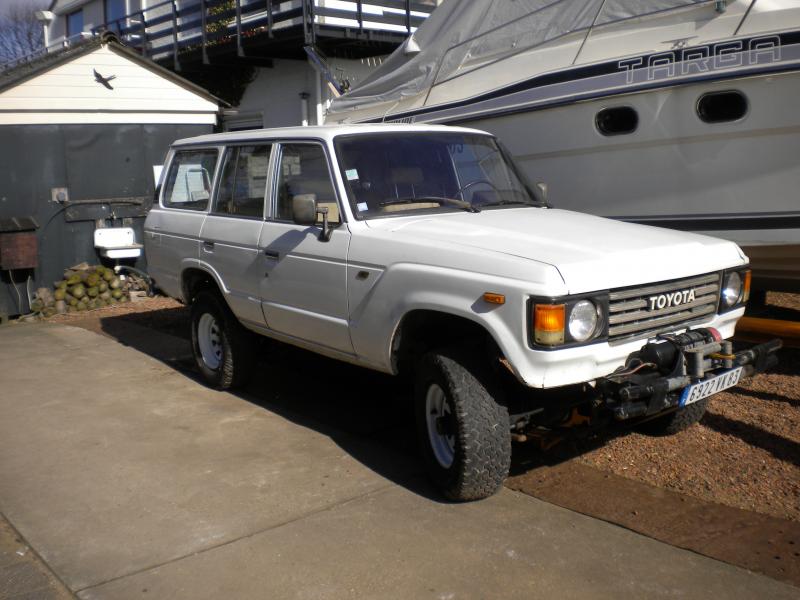 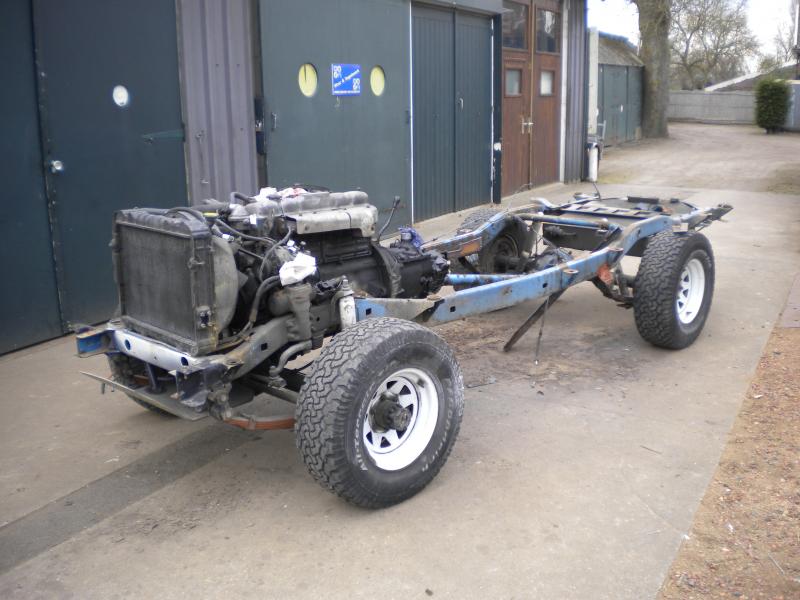 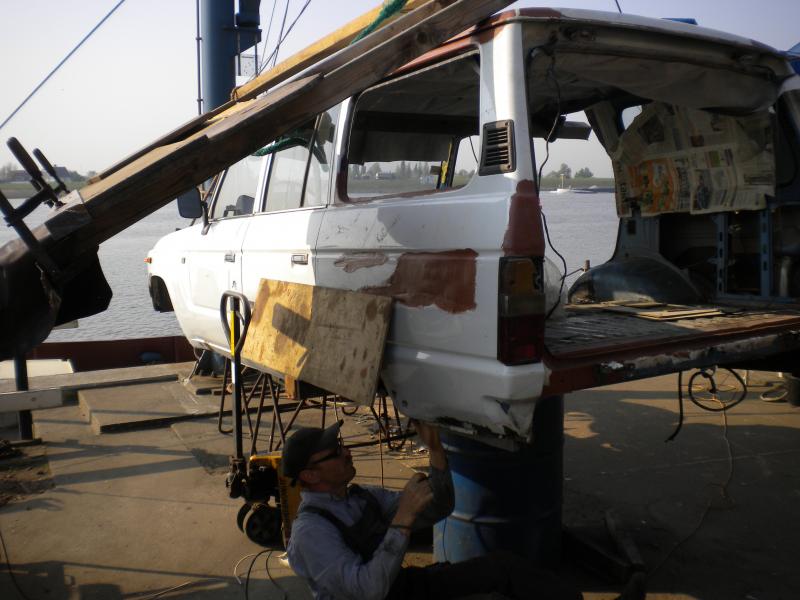 awesome! your truck looks like a good platform to start with

i want to do that to my truck one day, and i want a big fuel tank like yours too

Looking good. Does France have many land cruisers? Are you going to turbo it or leave it NA? Is the 200L tank an additional tank? That is cool. Do you think the tank is custom or can you buy those somewhere? Cheers.

I think the extra tank is custom. Although it fit precisely in the frame. As i said the entrance is under the backdoor so i have to find a solution for that. I'm from holland and the cruisers in france have less rust because of the better climate. I'm first going to drive it for a while before i decide to install a turbo or not

i think MAF has those tanks, some autralian company has xtra large tanks too.

Lost said:
i think MAF has those tanks, some autralian company has xtra large tanks too.
Click to expand...


The MAF is a replacement tank not an additional tank. Also it is only 38 gallons not 200L (53 gallons).

put a turbo on it ..
You must log in or register to reply here.