So before the trip, Mark sent out a 14 page "packet" with information on the Trek as well as a suggested packing list. Bossman started a great list and I took it just a little to the OCD side with a spreadsheet detailing damn near everything we might need. While I could be accused of being overly detailed, it was helpful so we didn't repeat spares, tools, and other heavy items given these 80's were pushing a zillion pounds before we even bought our espresso, wine, and charcuterie. In the long run, it was helpful, regardless of my organizationally induced psychosis about making sure we had everything.

Anyway, back to the Eagle. As we sat around the bar drinking tasty local beer and eating burgers, pizza and calzones, the s*** hit the fan in Dallas. I think all of us were really looking forward to escaping the crazy world for a few days at this point. We turned off the news and broke out Cards Against Humanity. Chris declared he doesn't play games, Bodean only wanted the cards that were dirty, and I still giggle at Bossman reading some of those cards.

Also that night, we met our new friend Carlos. See, we had 2 Daryls (well, one was a Darryl...the other brother). Our darling bartendter (who kept the bar open late for us) couldn't deal with that, so she dubbed Darryl (Ryan's friend) Carlos. Within a day he was answering to that name and frankly, I think a lot of us forgot he had a real name.

We retired for the evening with the plan to meet Mark in Wasilla the next day to depart to Tok.

Other #ACTUP2016 folks, please fill in what I've forgotten and post pics.

k9crazy said:
So it was a dark and stormy night...well at least in Atlanta is was. The CLC tribe wasn't able to get their flight on time on Wednesday, so Leonard and Frank who had hauled the CLC rigs up arrived before the boyz. My flight was on time and within 45 minutes of my arrival at the oh-so-classy Anchorage Motel 6, Bill, Ryan and Darryl (Ryan's co-pilot) rolled in. @Bossman @jrob @wct49 and @Bodean made it late that night. Dominic had been there for 2 days kicking around Anchorage and repairing one of the Alaska trucks after his homeland denied him access to their Monarchy. Bill dropped him back in Bellingham and he flew to Seattle, then to SFO, and then to Anchorage.

Once the 5 of us met up we had a lovely meal at the hotel bar (Crown) next door and headed off for our first Alaskan adventure together, the Alaskan Bush Company. Where we were witness to things I am not sure I can ever unsee. So between the women, the bar fight, and being asked to leave (we were not in the fight, but did have a bit of a disagreement with some Eastern European stripper about what consent means in the english language). We were not 86ed...just 43ed. So the return trip on the way out was still secure. More on that later.

I'd post pictures, but 1) there was a lot more than nipples and 2) taking pictures would surely have gotten us 86ed.

Anyway, the next morning the boyz were up and at 'em early with a shuttle up to Wasilla to unload the trailer and repack and supply the truck at Mark's shop. We followed later on, purchasing easily a metric ton of beer, and did some maintenance to the 325K odometer 80-series that just drove 3200 miles to get there. All went well, groceries were procured, trucks were outfitted, and off we went to Palmer, AK where we had reservations at the luxurious Eagle Hotel. OK, so not luxurious, BUT it was $85 a night, had a bar with a cute bartender, and they served good food. #winning

The next phase of the trip was to travel to Tok. The trail head is about 15-20 miles south of Tok off Route 1. Friday we were supposed to meet Mark and others at his shop and head up. However, given Mark still had a ton of work to do, we decided to venture off on our own. Hitting the road in the morning and taking a lazy 290 mile trip north, we saw fantastic scenery of glaciers and mountains. We side tripped to a REALLY weird little shop where we ammoed-up. The route took us through Glenn Allen where @wct49 started up the FB live feed and started documenting our antics. Then we headed to the Tok Hotel. About 20 miles out Ryan lost his clutch and we had some quick leak repairs and continued on. The Tok Hotel was noteworthy because it was also a 24-hour liquor store. CT continued his FB live feed while we worked on trucks and had a few beers before dinner. Meanwhile a few of the Alaska crew showed up. After dinner at Fast Eddies, we retired for the evening to pick up the next morning.

Tok, Alaska will forever be known as the spot where WCT49 found his true calling as Master of Ceremonies for #actup2016 live feed..... Brought to you by a few of our fine sponsors Tecate Beer, Landcruiser Parts and Consulting, and Valley Hybrids (where interestingly enough they work on almost everything except hybrids). Funny stuff. You owe us $20

thank god heather stepped up; otherwise, im afraid those of us not on facebook would never get to see or hear anything of this trip other than "it was awesome and we'd do it again"

Well it was and I would

Bossman said:
Well it was and I would
Click to expand...

No doubt on either count..

All in good fun; just trying to pry some more pics and good stories (of which i know there are many) out of the vault.

I'll get back to it shortly. I've been adulting all afternoon. 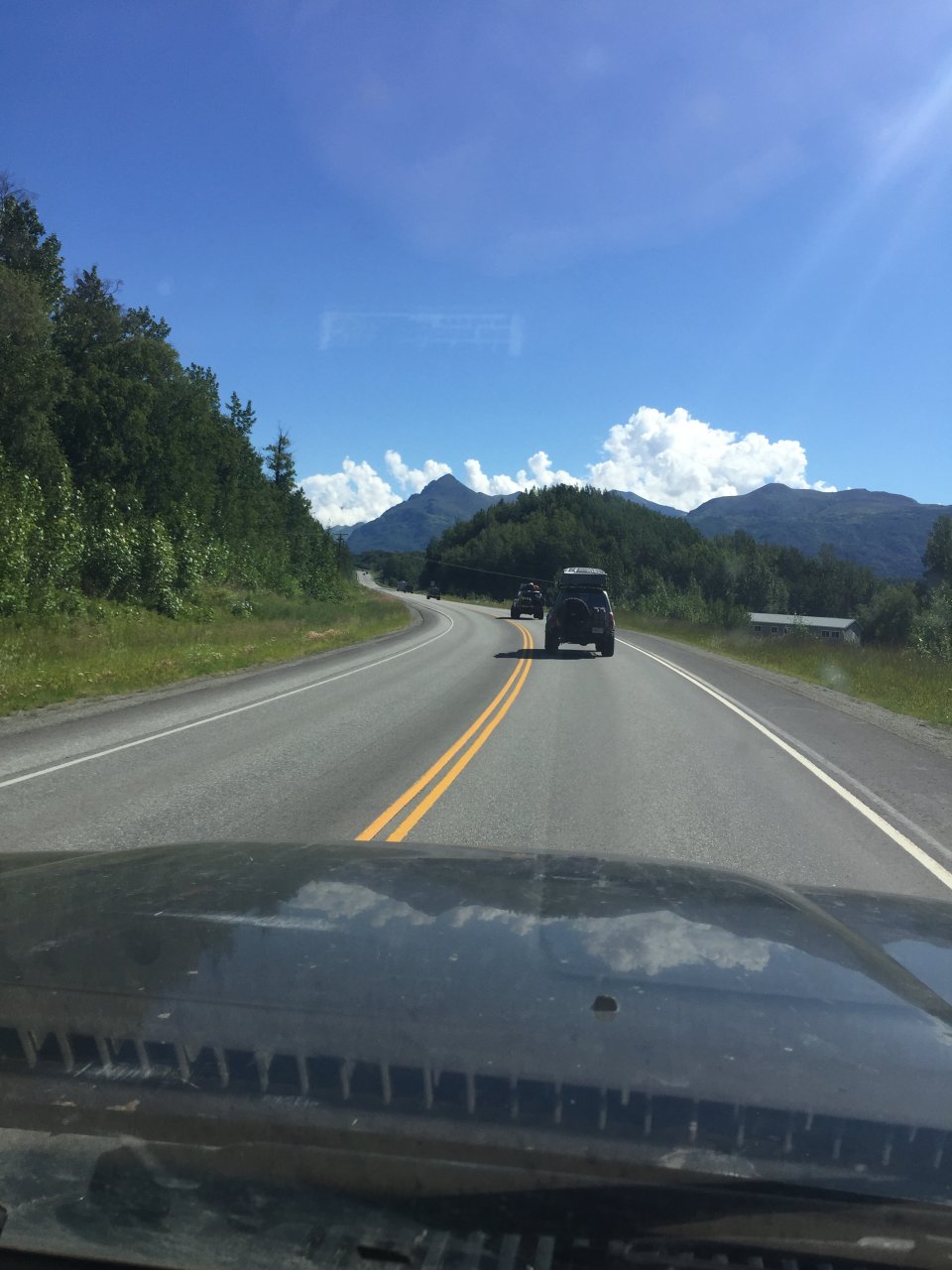 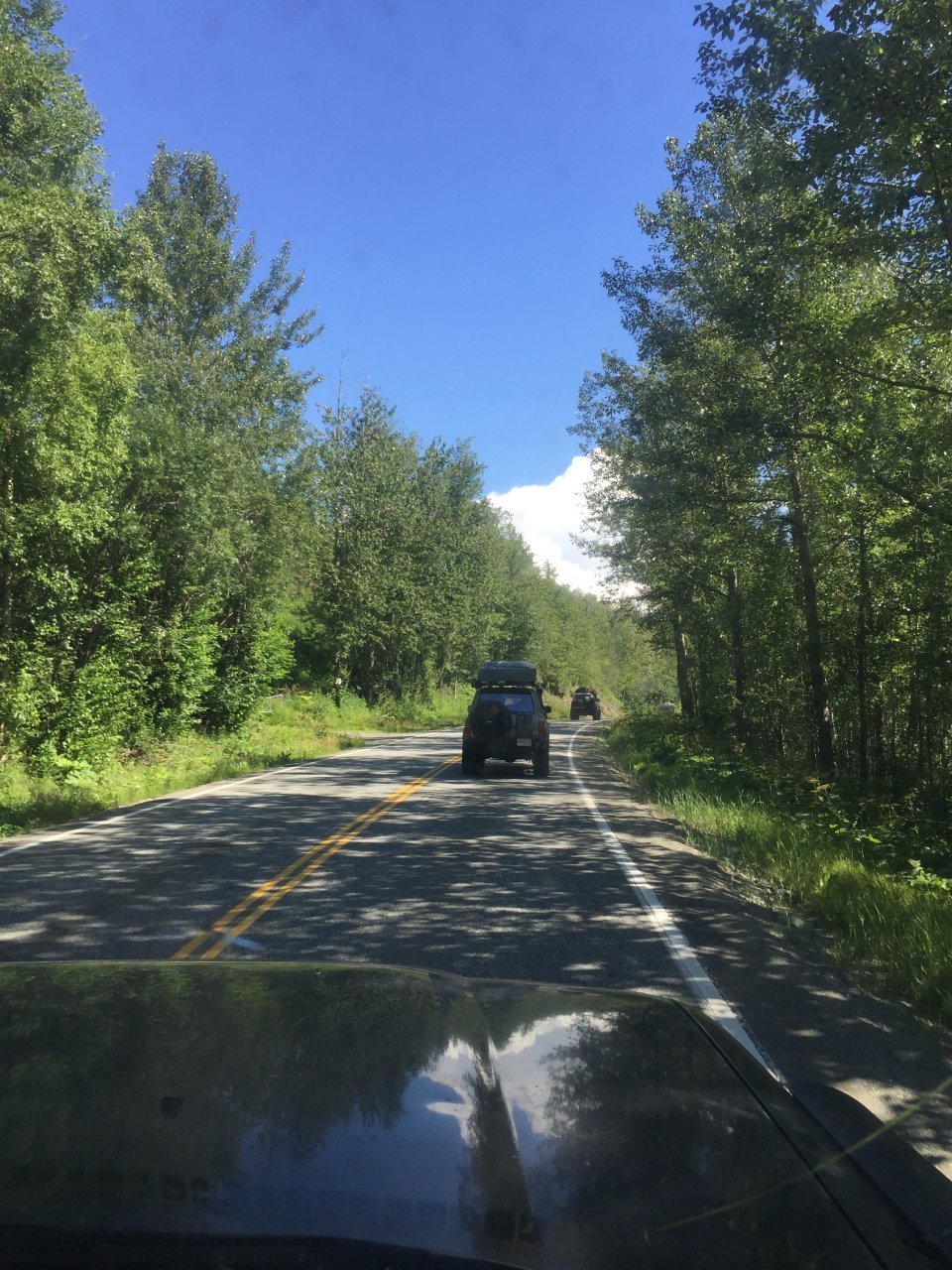 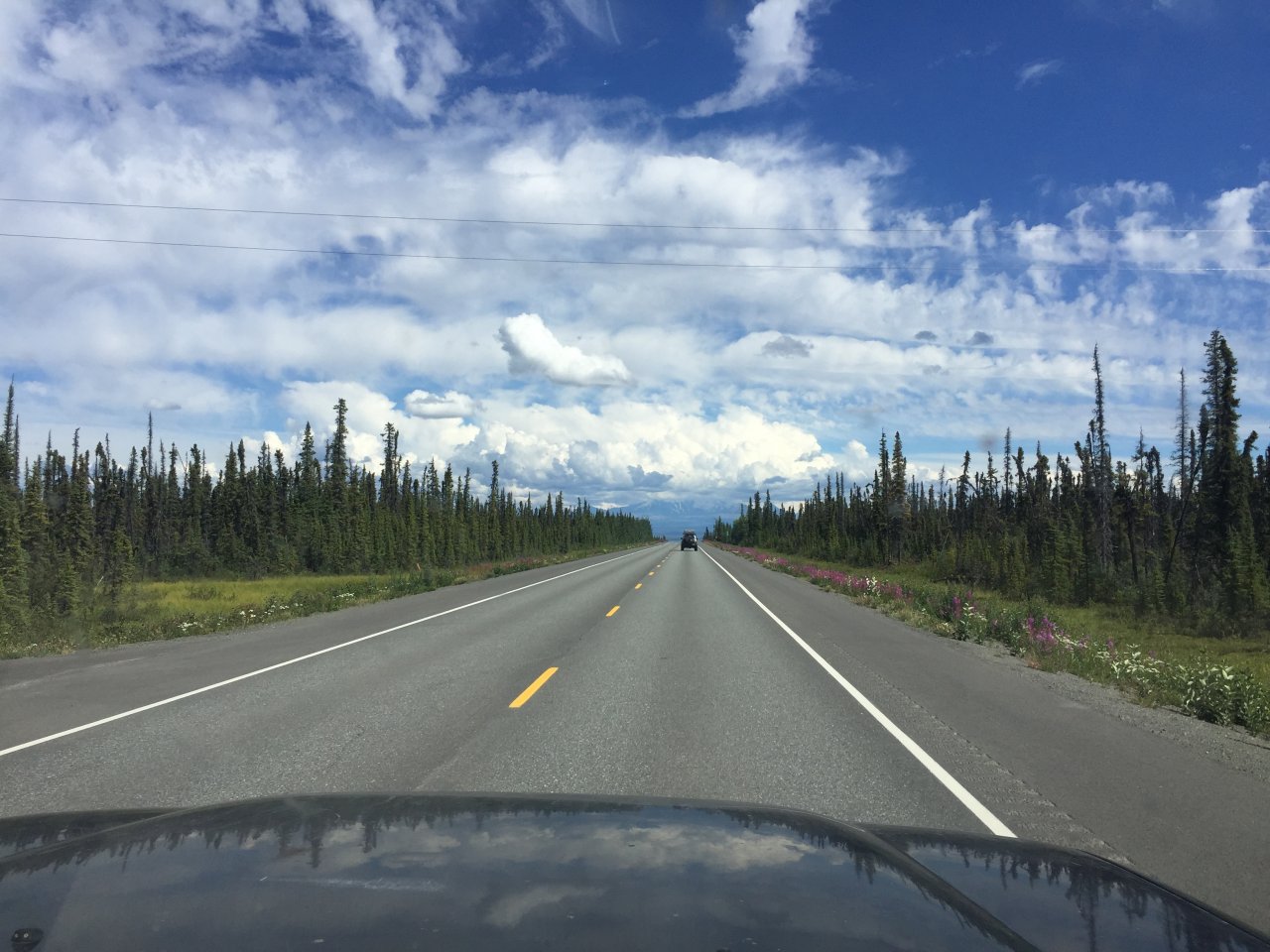 Saw this in Glennallen 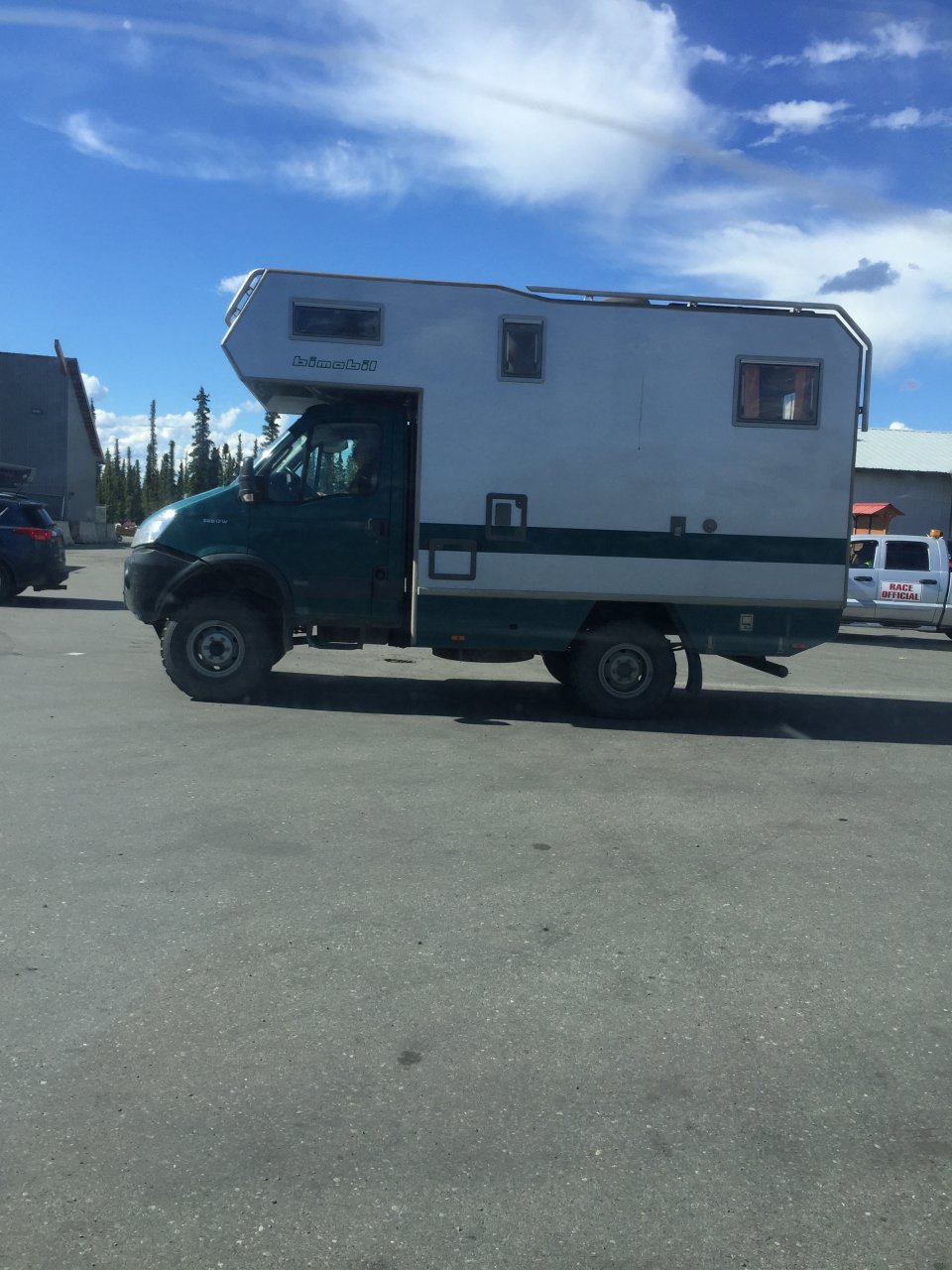 And Chris did the live feed thing at the hotel. 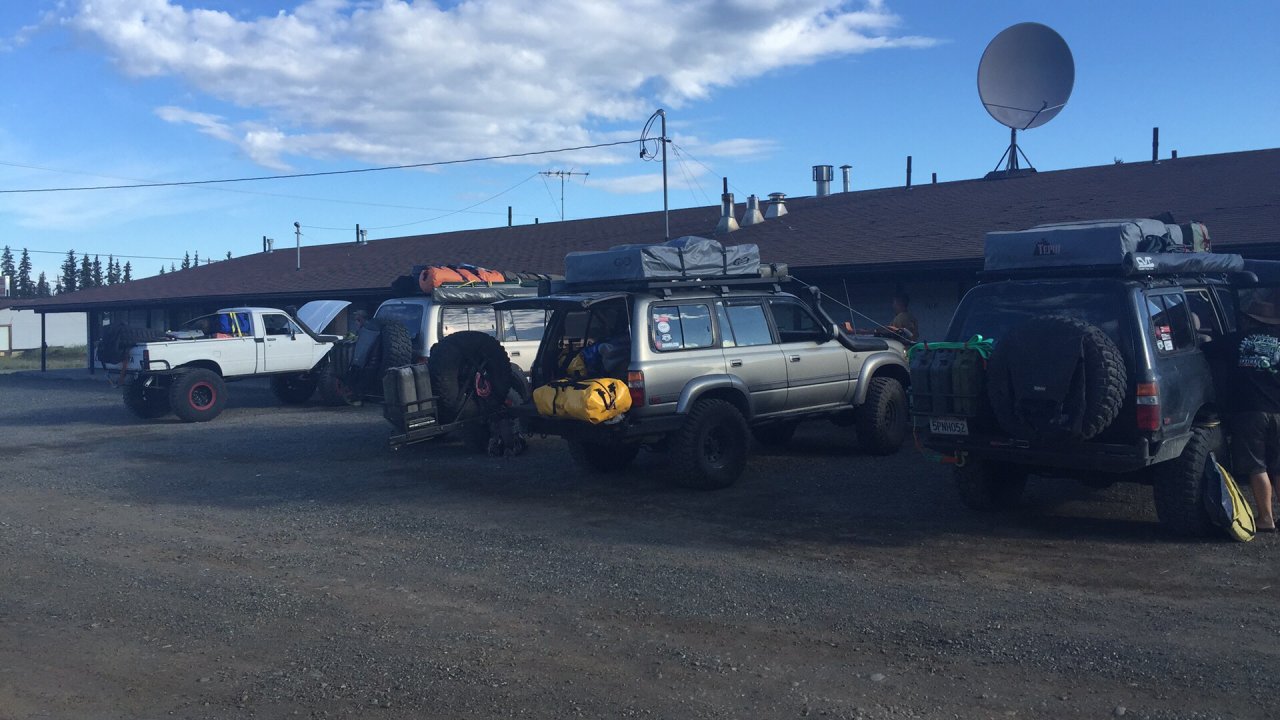 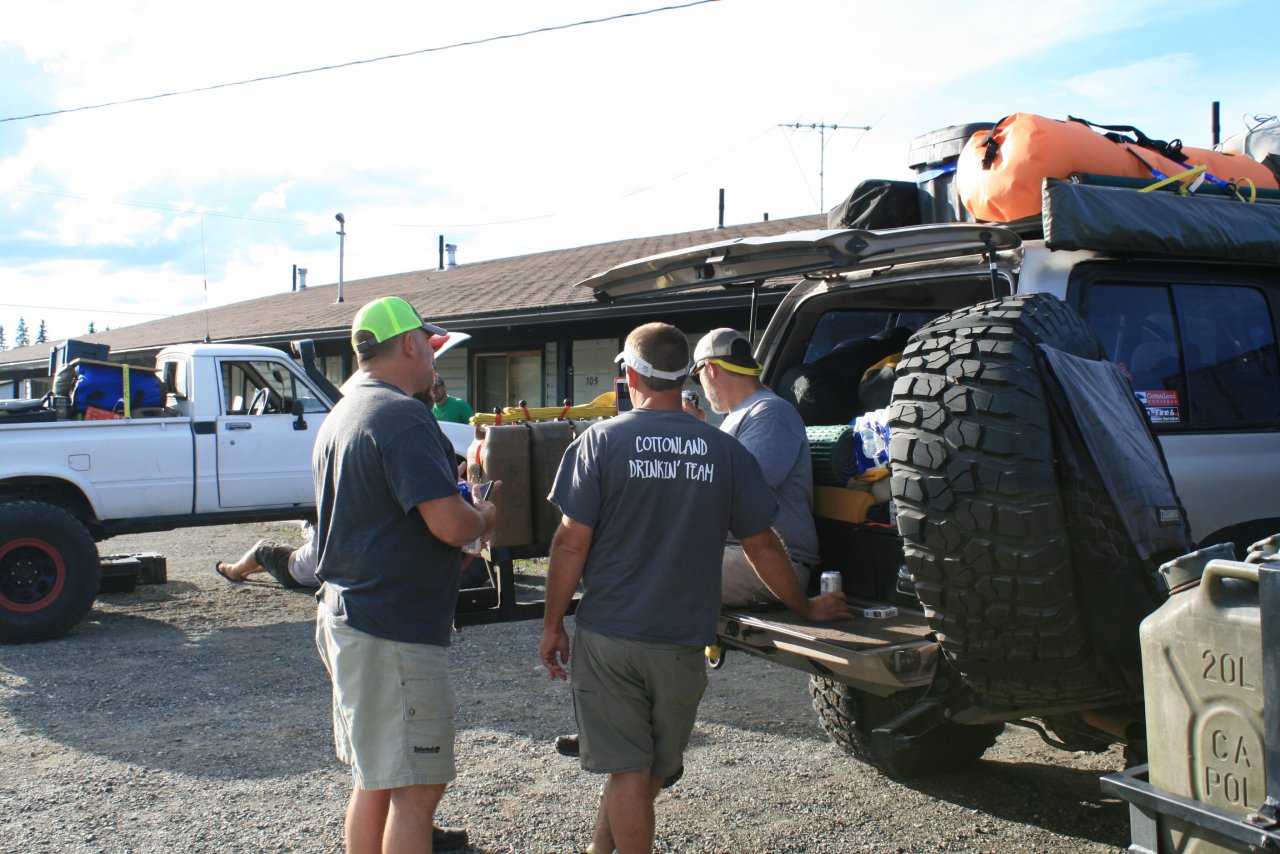 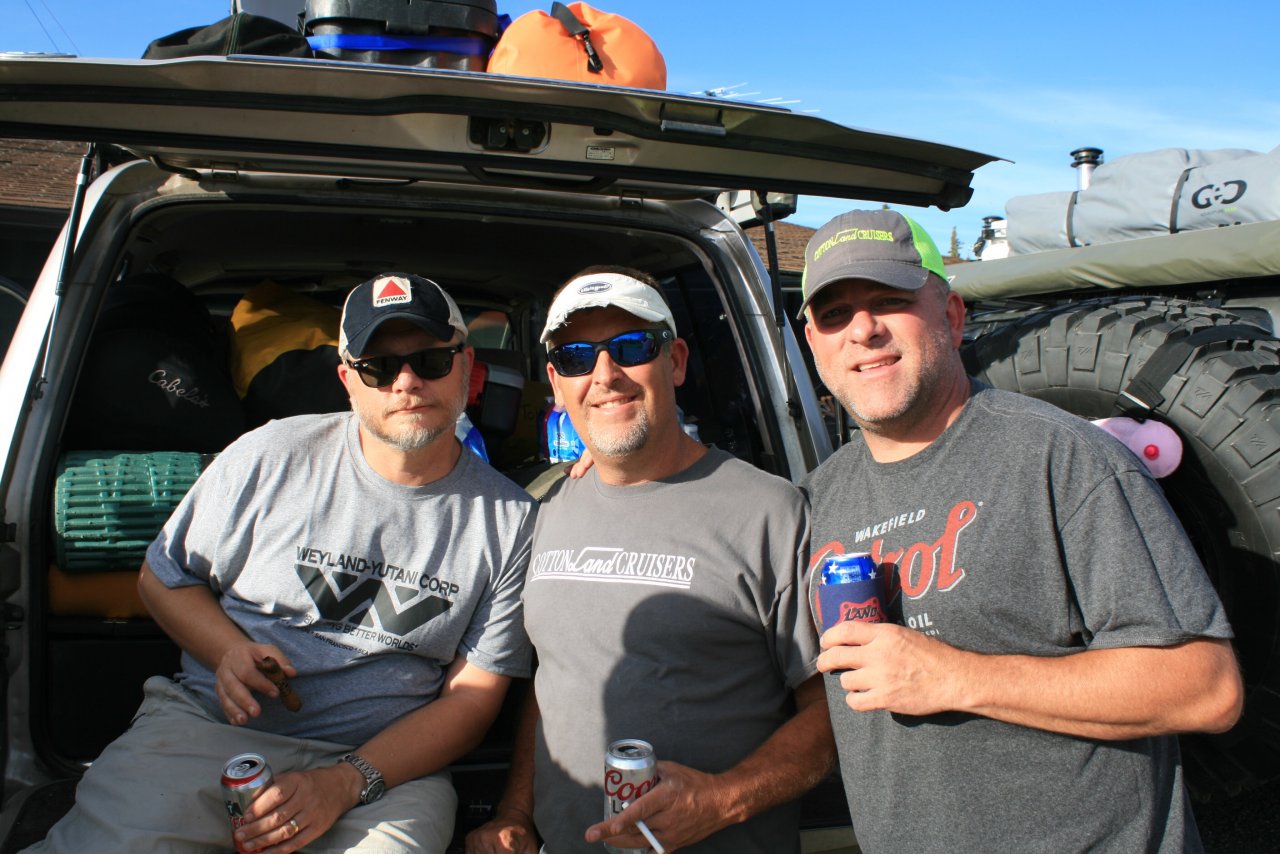 Bossman relaxed and squeaked in some electronics time while we had signal. 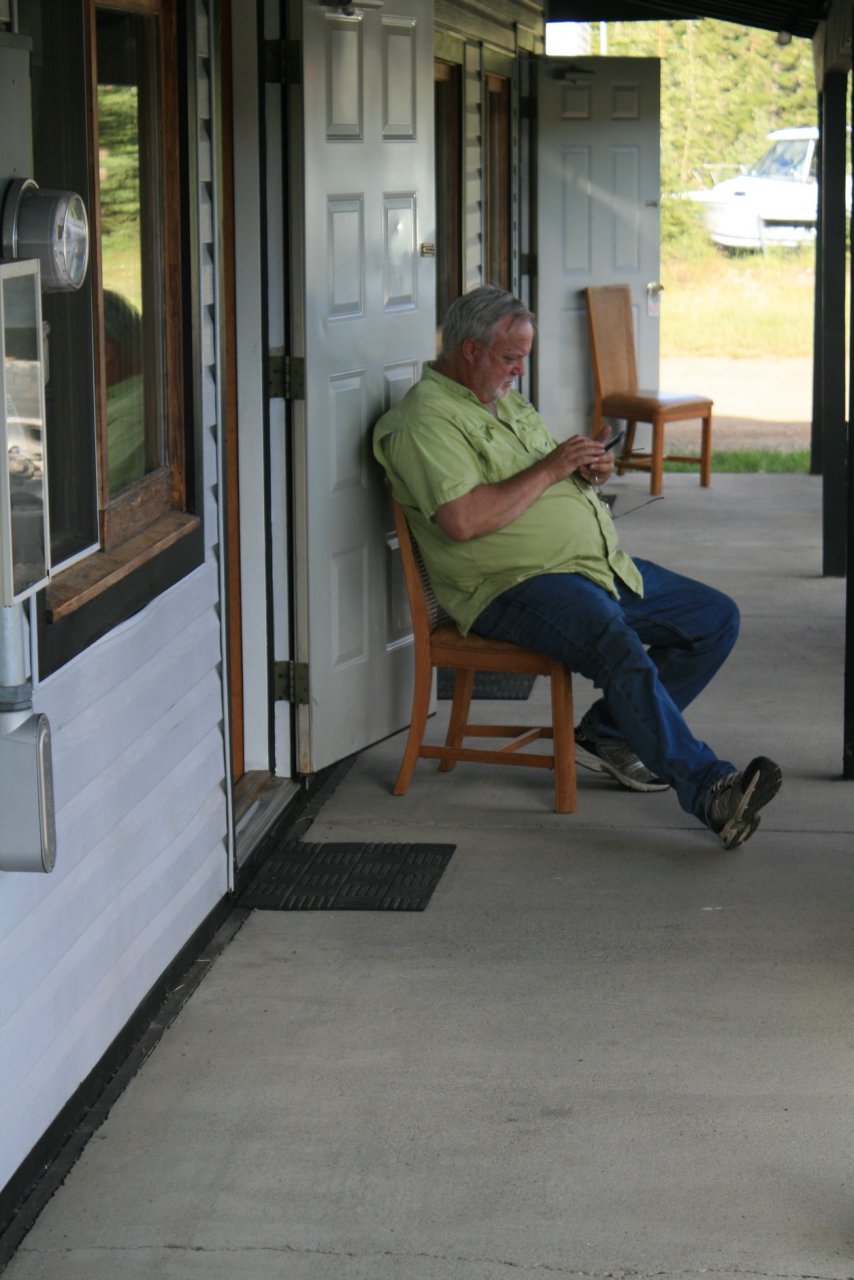 The next morning at the trailhead we rallied up to head out. 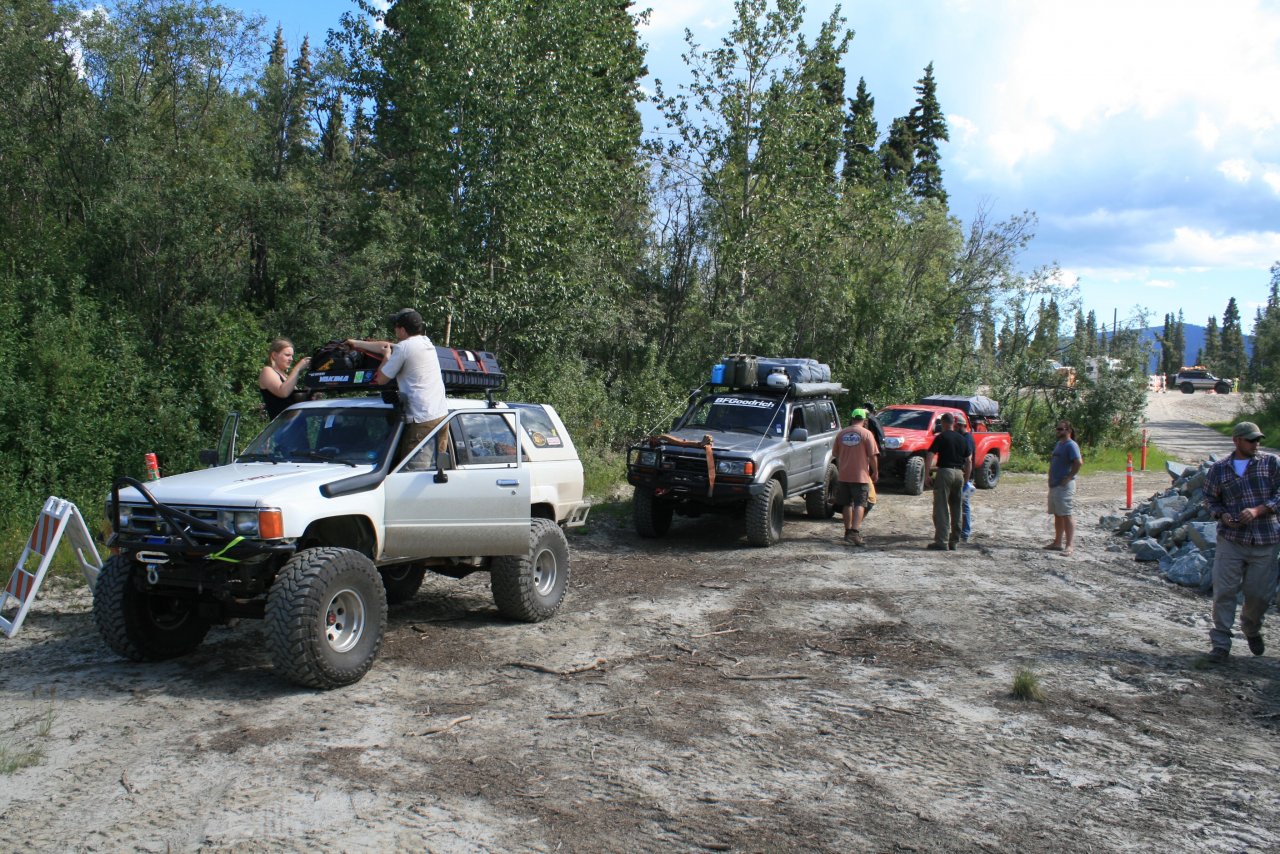 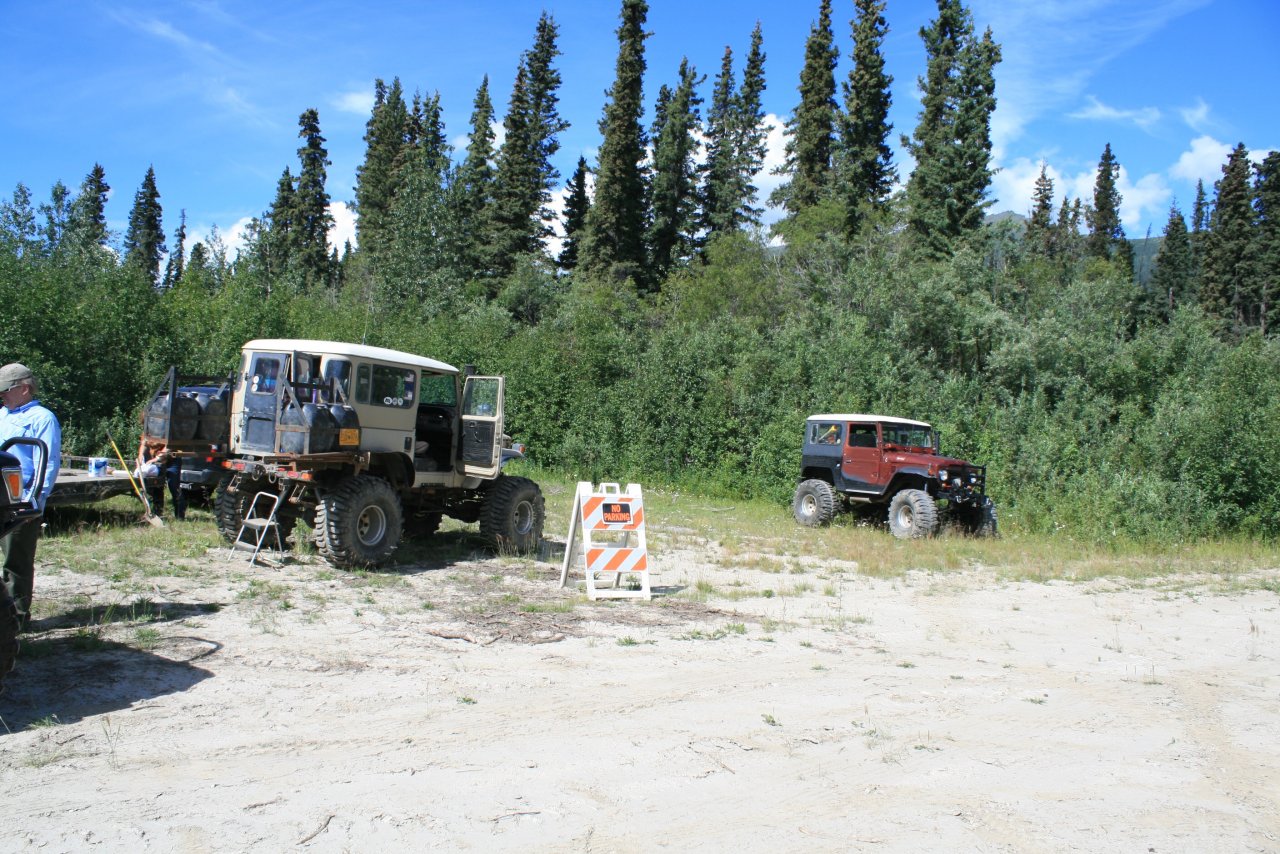 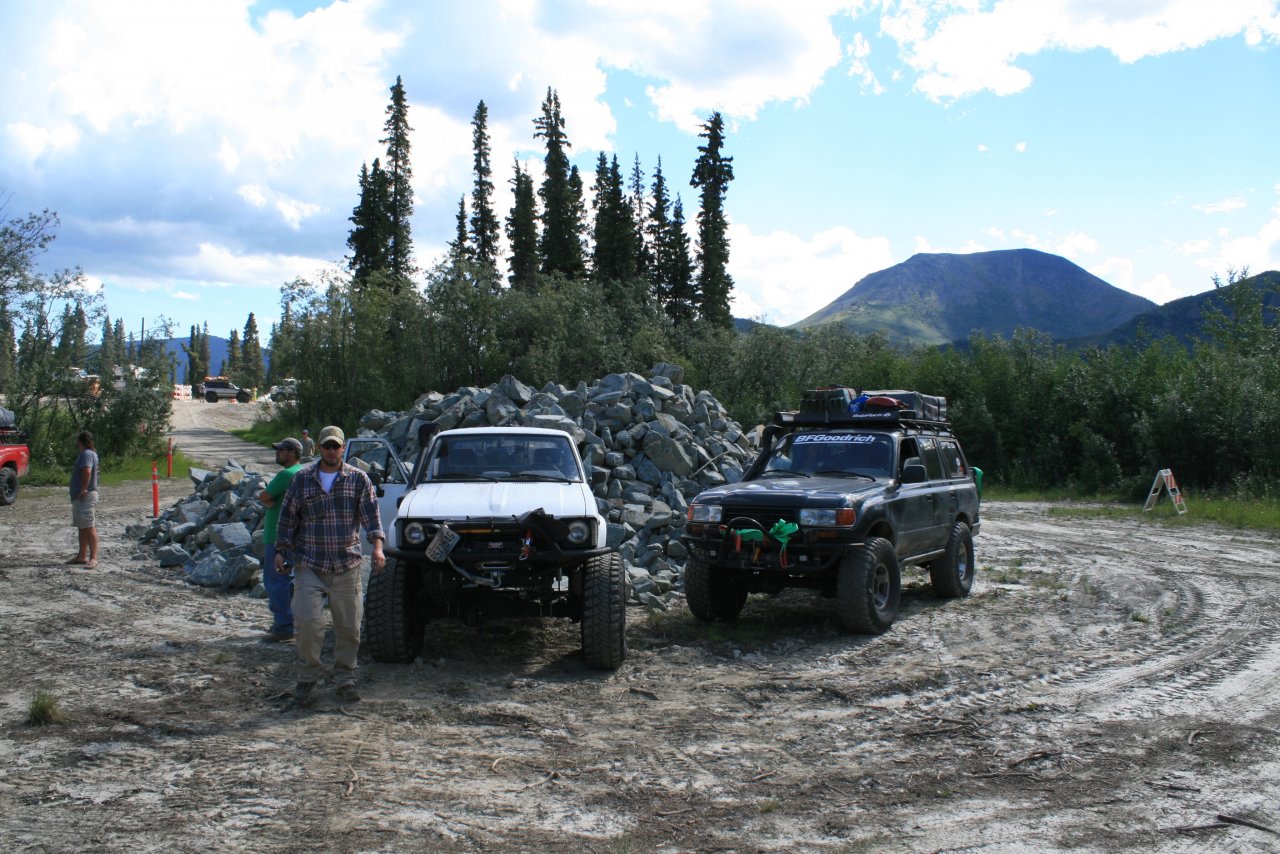 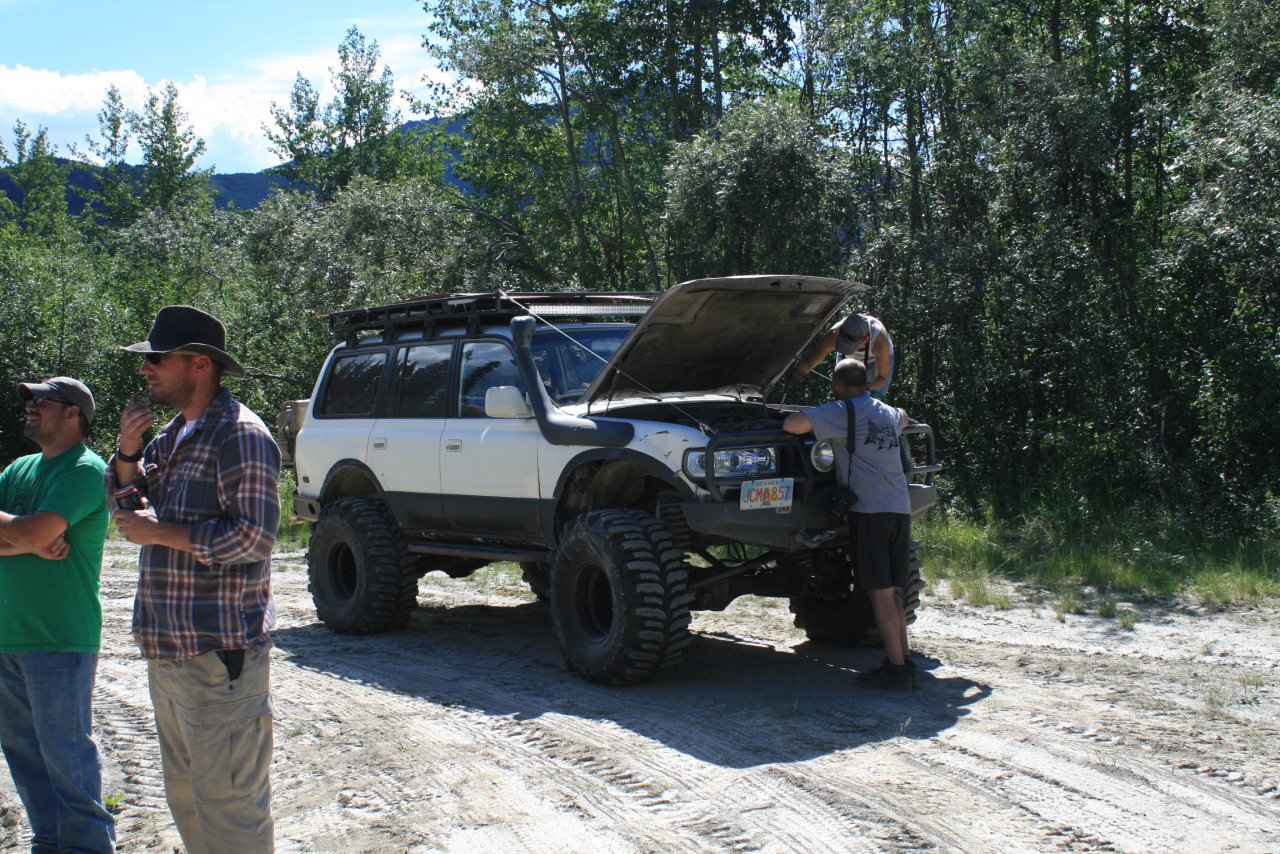 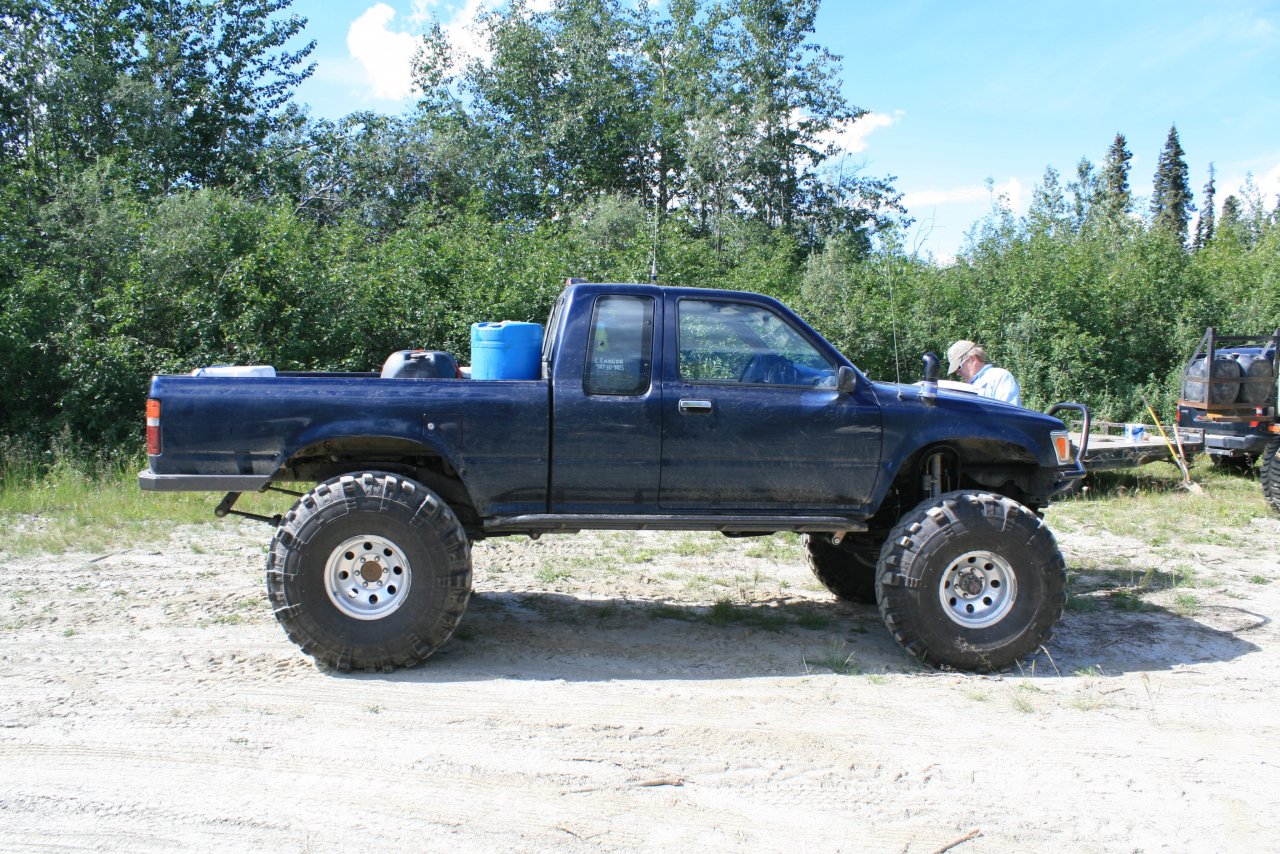 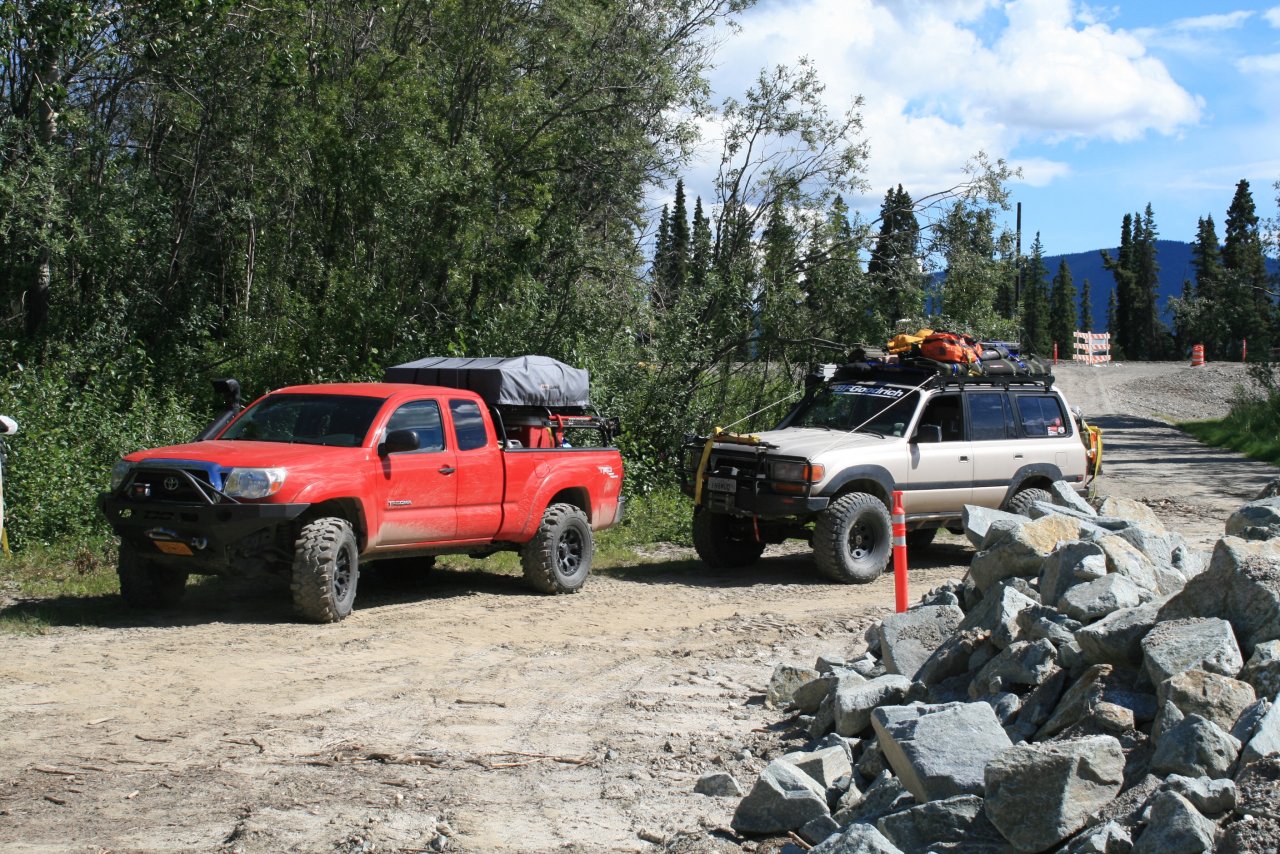 And the first beers of the day were cracked. 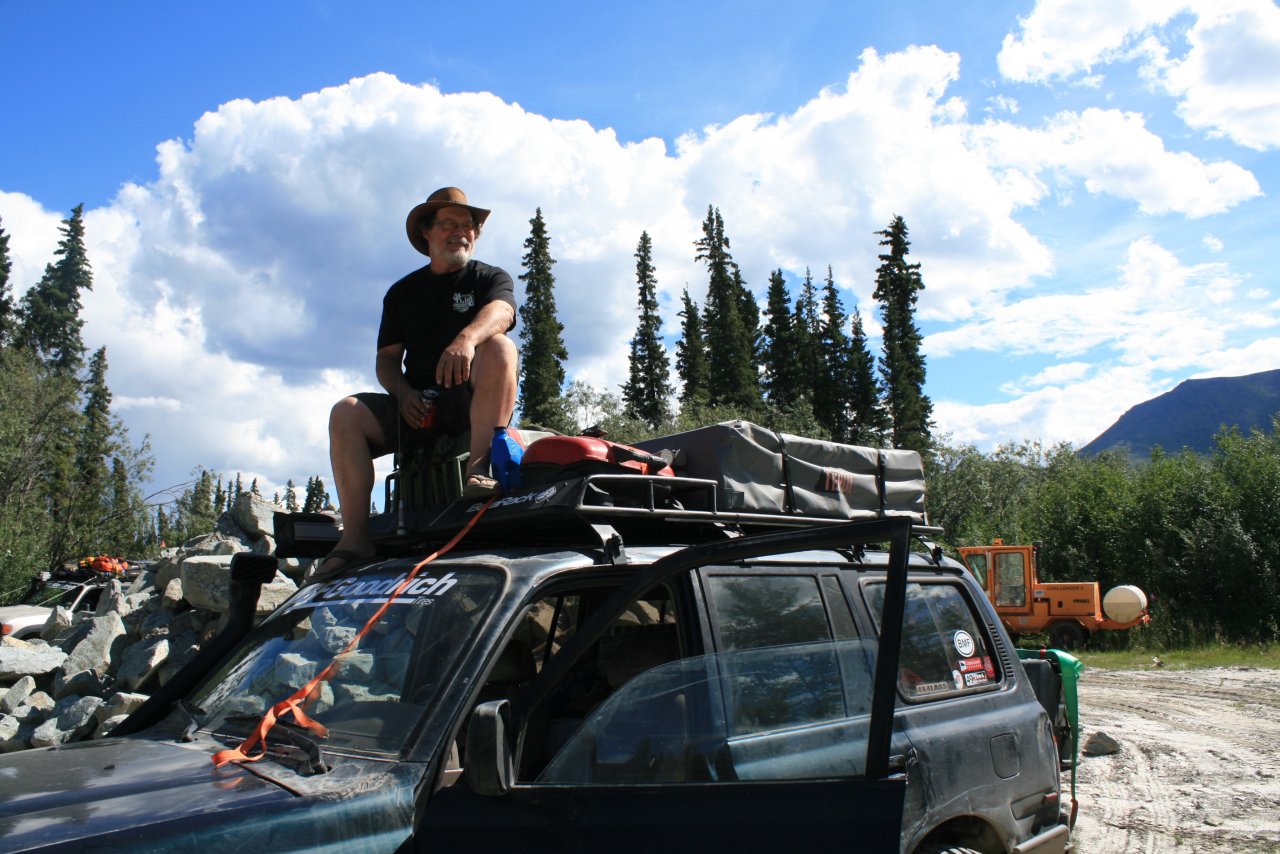 Thanks for doing this Heather cause they are right, we could care less about writing about it. Lol

Yes, Bodean...I know. I figure that I'm going to have to write the article too, so this is a warm up and outline. It's all part of my craft.

So I've been working on a map of where we were. Before we proceed with the story of the rest of the trip (which up until now included a lot of flying, driving, strippers, Tolleyvision on FB live feed, and beer) I wanted to give some context as to the location of all the shenanigans. For now, as best I can tell, this is the general lay of the land. 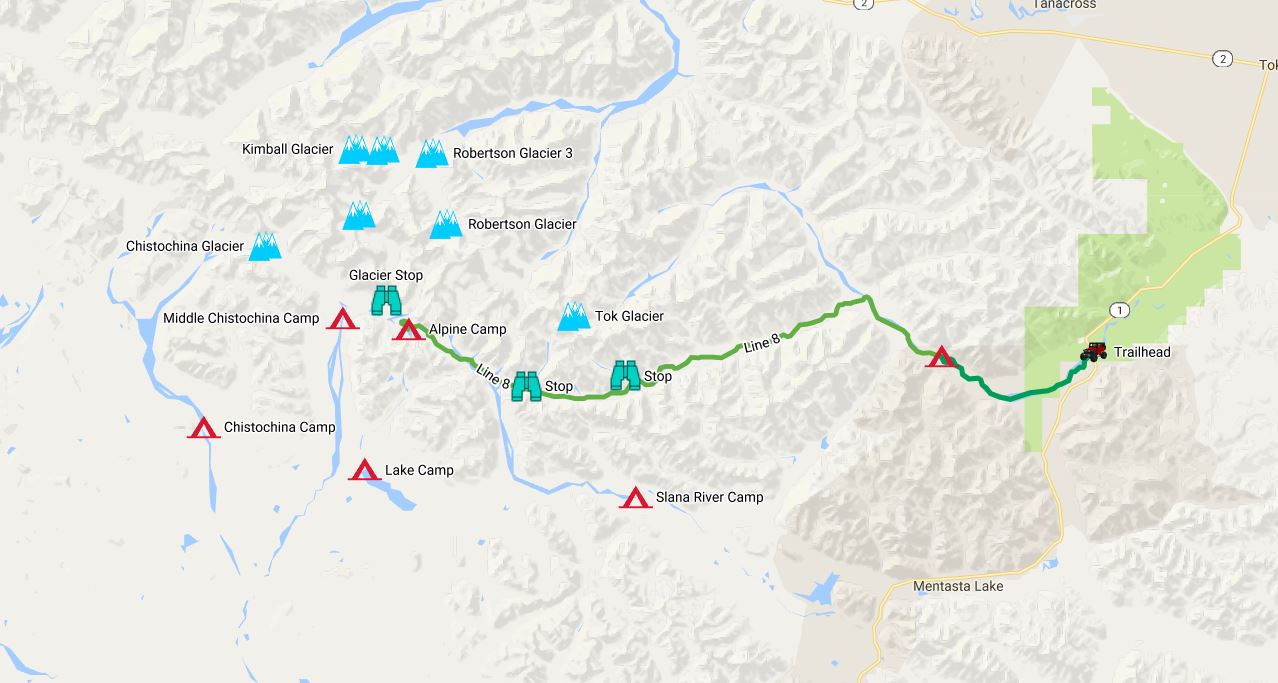 The little Cruiser (isn't it cute?) is the trail head. The others are camp sites and SOME of the sightseeing stops we made. The SPOT tracker we had in the truck kinda crapped out the last part of the trip, so I'm still trying to figure out where we left the trail, but it's just near the Mentasta Lake on Route 1.

So understand that 1) I am directionally challenged and 2) Mark had names for stuff that aren't real. So the glaciers were all numbered according to when he found them. #13 was a big attraction. I think we saw that on Day 3. As far as I can tell on REAL LIFE MAPS, it's really the Tok glacier.

Anyway...the routes are approximate and I'm not really sure if "Alpine Camp" is where I put it or if it is one of the stops along the green line. Any help from fellow ACTUP-ers would be great. I'll finish the map at some point.

It's also worth looking at this map with the satellite imagery. You can really see the glaciers. 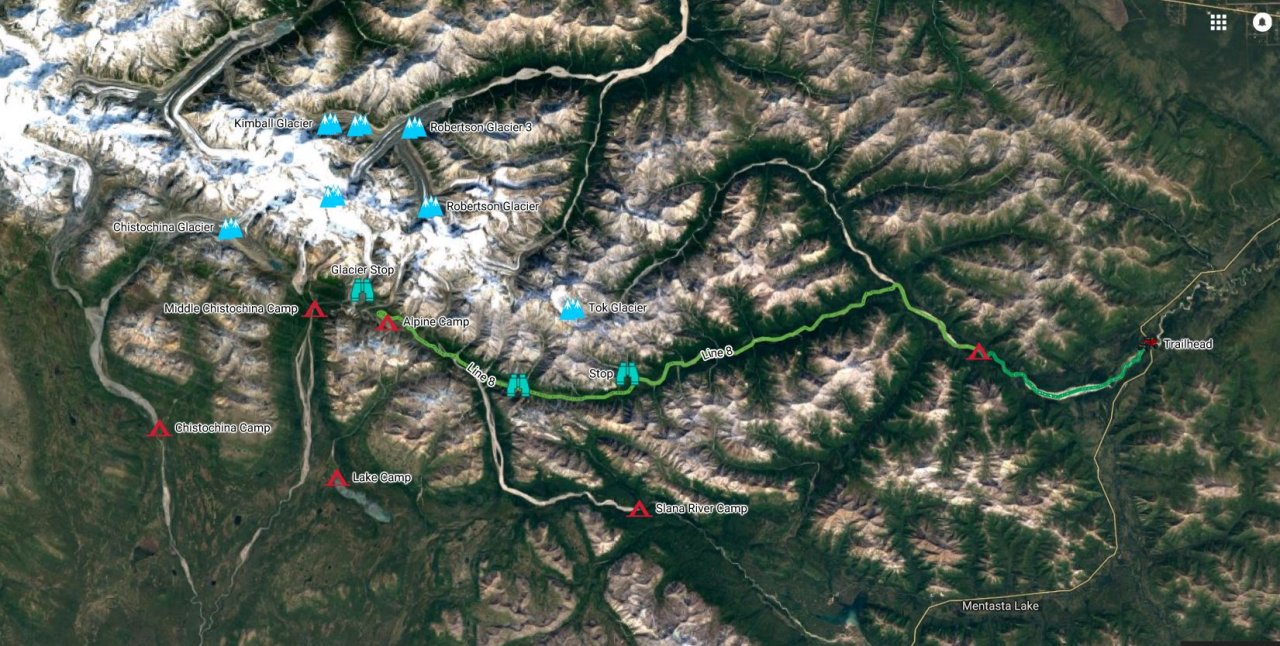 So here is where we talk about the overlandy part of the trip. After meeting at the trailhead, we headed north out of the (NO) parking area and headed to the Tok River crossing. By that time it was past mid-day and we knew we were not going to get many miles. I think the first day we only did about 15 or so? But these were the first water crossings. There is novelty (and camera worthiness) in the first crossings. You think "wow, that's really deep." By day 3 I think the novelty had somewhat worn off and we were all about finding clear water for a shower. But I digress... 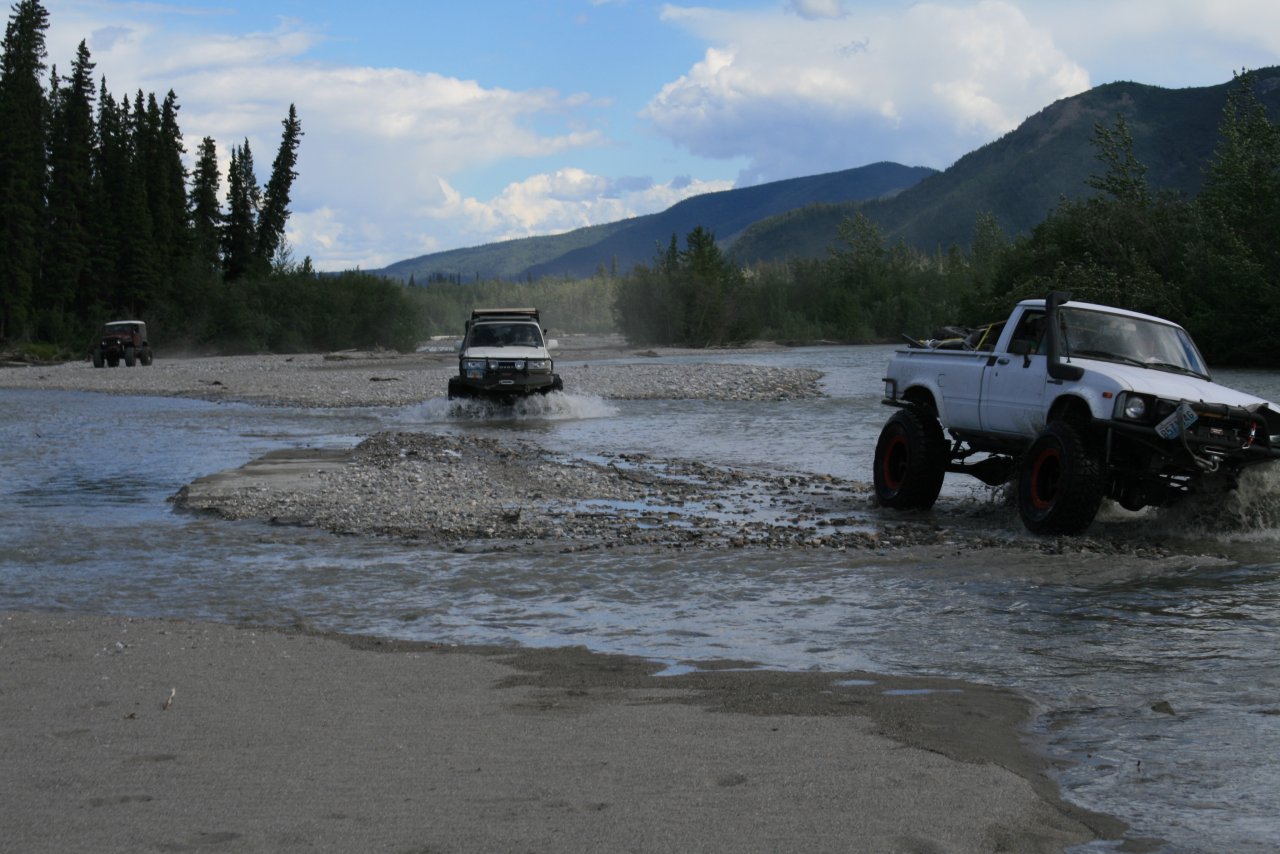 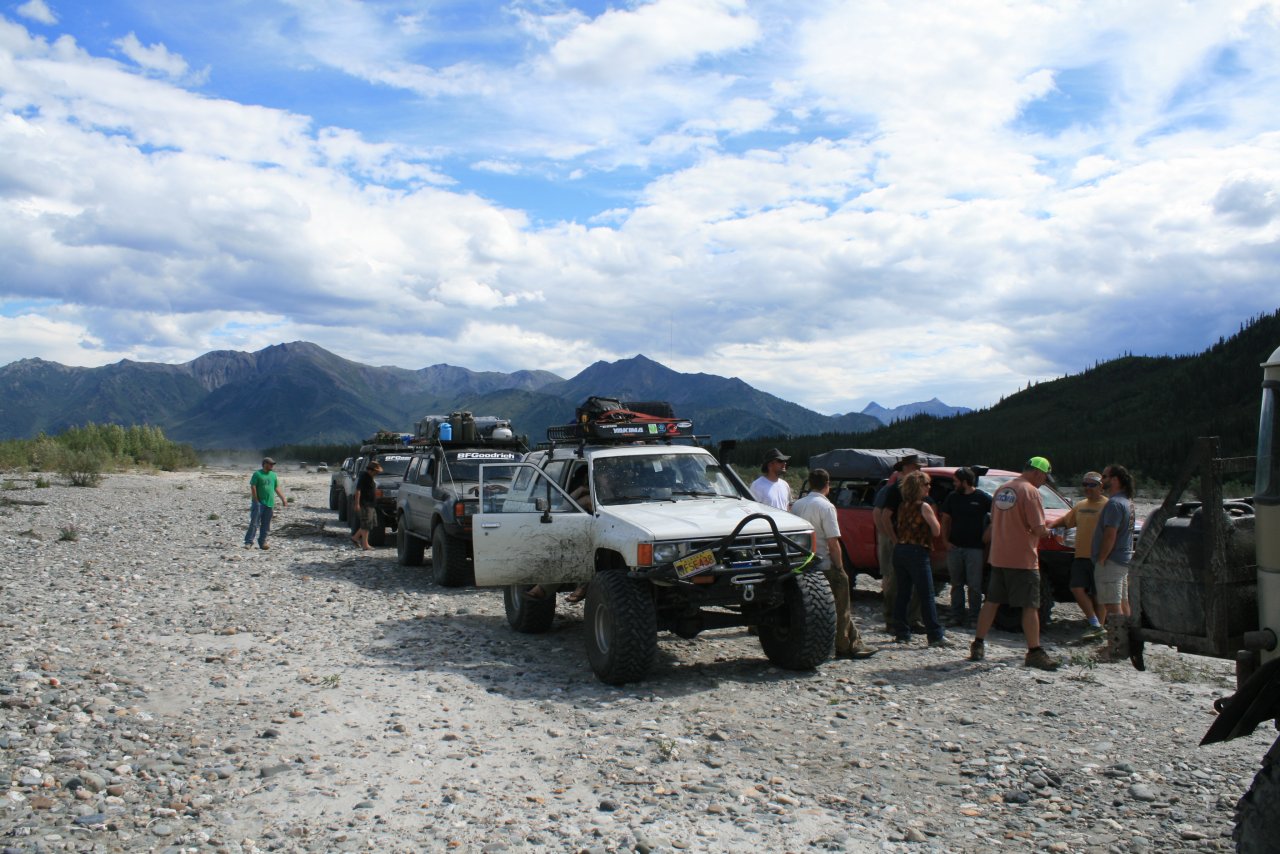 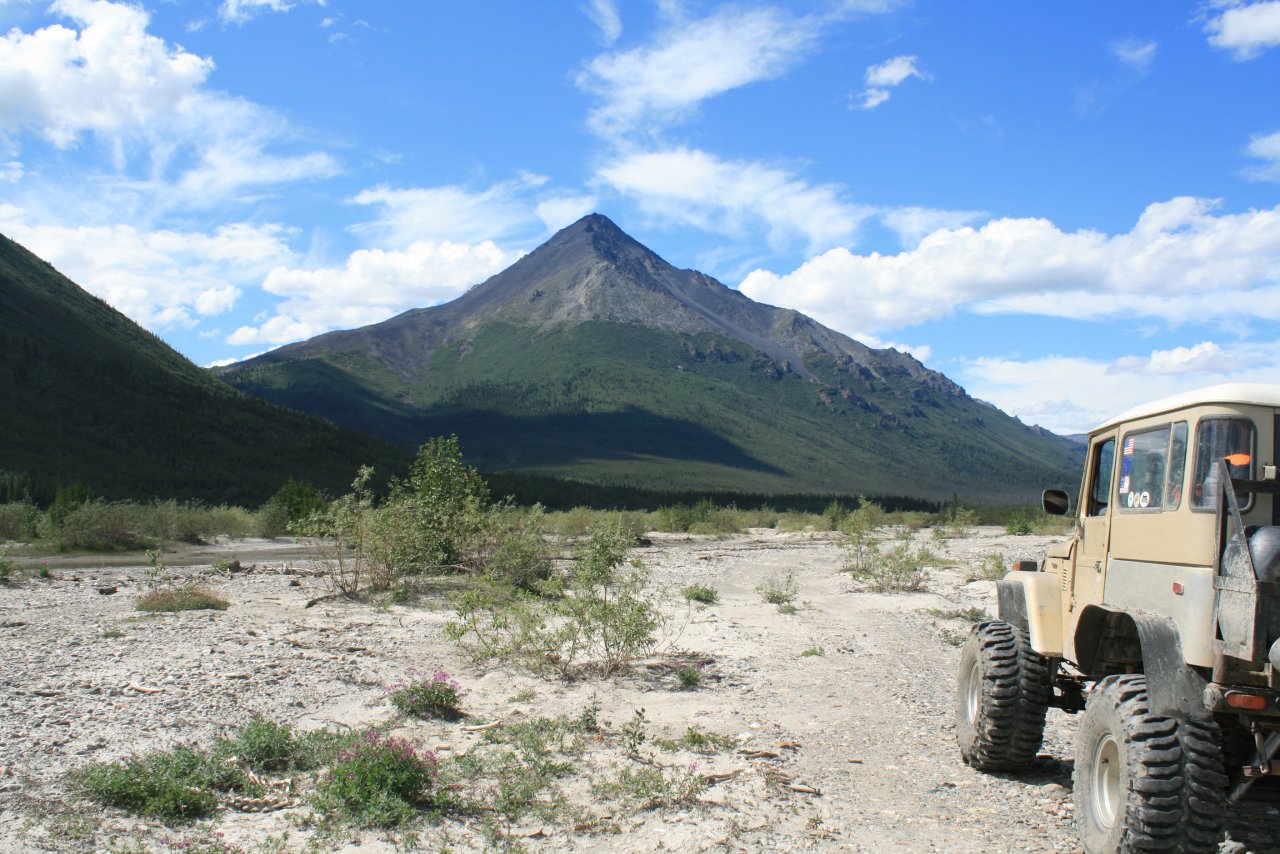 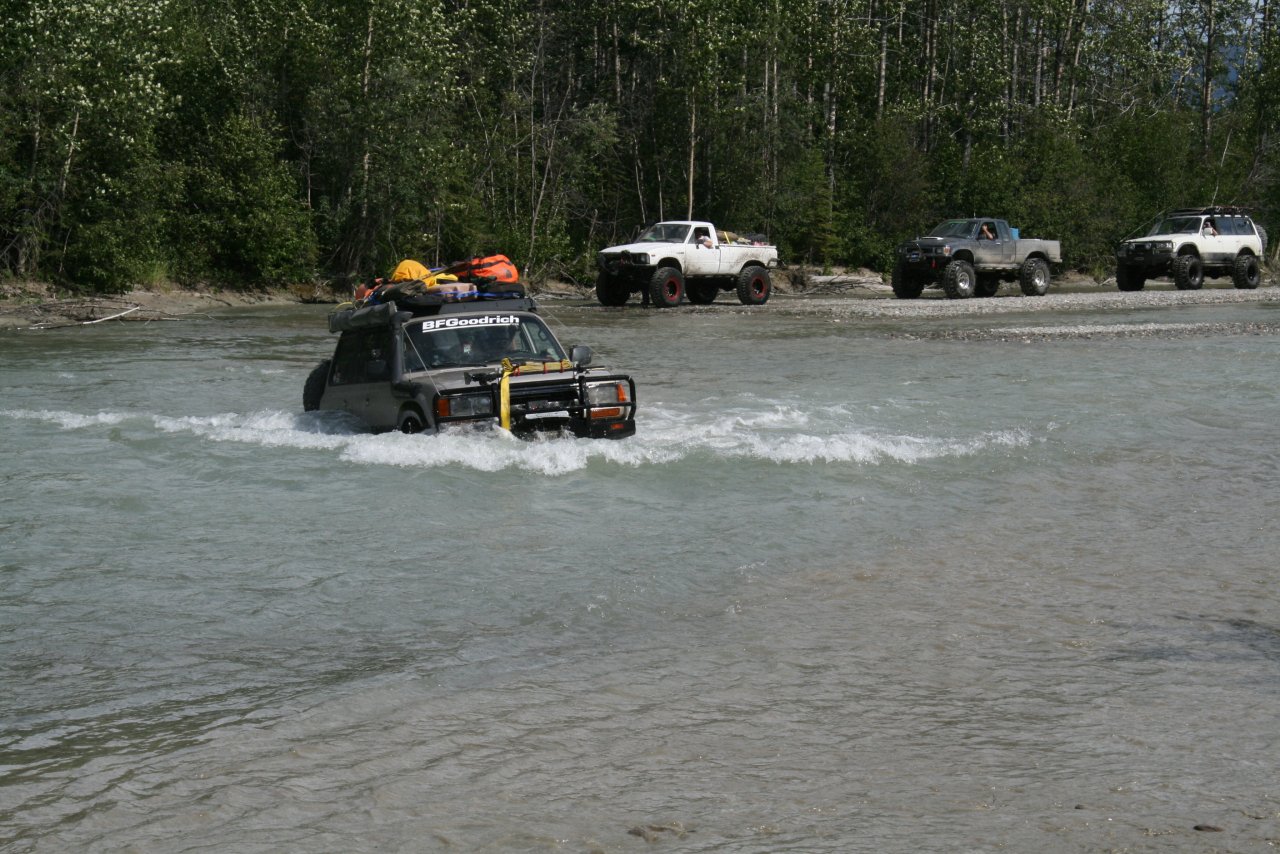 How often did those huge ass 40s break?

wngrog said:
How often did those huge ass 40s break?
Click to expand...

The red one shredded it's radiator on a too fast water crossing (radiator meet fan, fan meet radiator) and had a carb issue. The tan one (Marks) blew an alternator, a power steering pump, and had fuel issues (likely due to water in the fuel). So one day we limped the red one along but it was fine after. The tan one had continuous issues after it got swamped. More on that later.