Well, it's time to officially put my cruiser up for sale. I bought it as pretty much a play toy to be taken camping, off-roading and light around town duty. And it did all of those things very well. But as it usually does, life changed. I lost my job along with my company car so the LC turned into my DD. And when I got a new job, it was 60 miles away with no company car, so the LC was getting a lot more miles than I had planned. Basically, I've put about 18k miles on her in the last 7 months. She may be big, but she can do the miles, that's for sure. But right now I'm just looking for something smaller as I can't afford to buy 2 cars, and I really don't want to put all these miles on the cruiser. So even though I know I'm going to regret it, it's time to pass her on to someone else who can use her for what she was built to do....

**Update** Price Lowered! Valve Cover Gasket replaced, Mobile 1 oil change, tires rotated, and full chassis lube over Labor Day weekend. Truck is ready to go for a new owner. I've bought my next car and the Landcruiser needs to go. Unfortunatly I dont have room at my new apartment for 2 vehicles. Pretty much looking for a cash sale at this time, but still possibly open to a trade on a sport/sport-touring bike + cash. $7200 OBO Located in Lafayette, IN (1hr NW of Indianapolis). Willing to meet buyer 1/2 way (within reason) for gas $$.


1994 Toyota Land Cruiser $7200 OBO *Lafayette, IN*
Maintenance Completed -
The Bad -
Thats about all I can think of for now. I've tried to be very detailed and honest about the truck, I want you to buy it and be happy with it not have any surprises. I would be interested in a trade for a motorcycle in the $3-4k range plus cash. I'd love another Honda VFR, or a Honda RC51, but will consider other sport/sport-touring bikes too. Again, just email me what you have, you never know. No cruiser motorcycles though, please.

If you have any questions, or would like more pictures, please email me at higgin@gmail.com 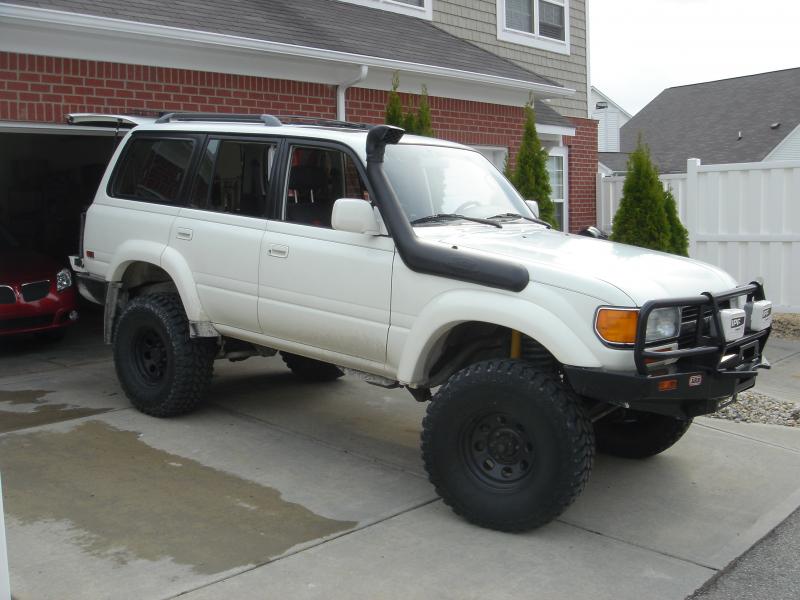 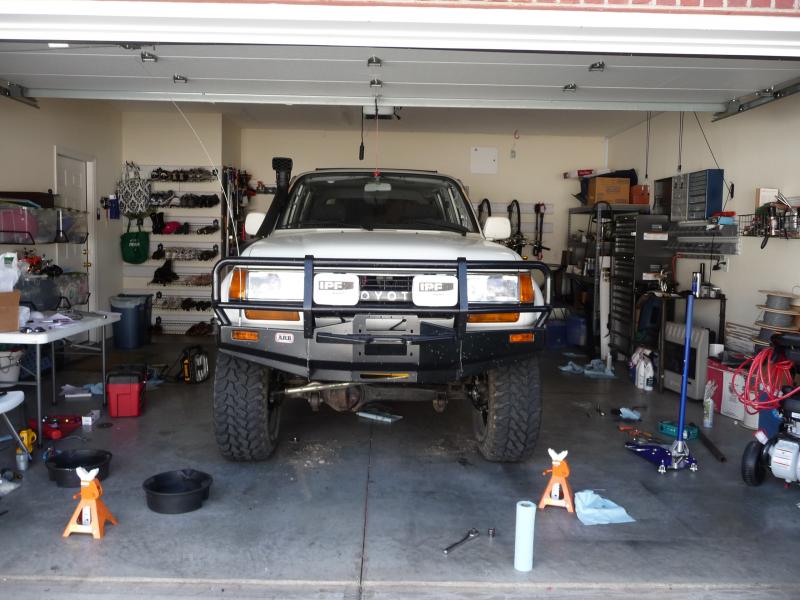 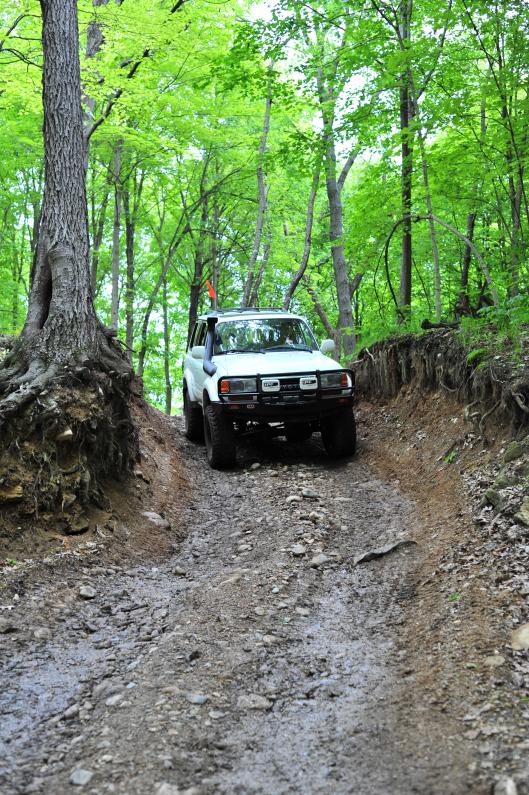 Note......The seat covers look purplish in the pics, but they are black. 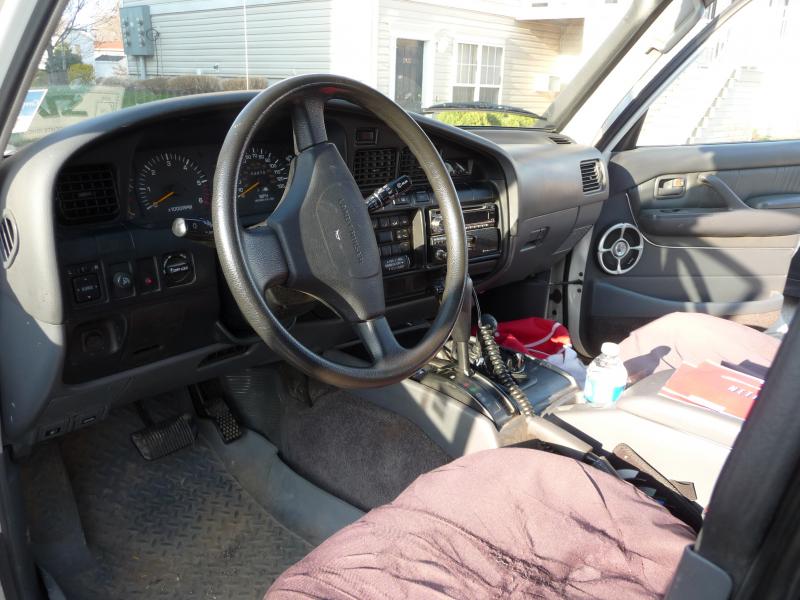 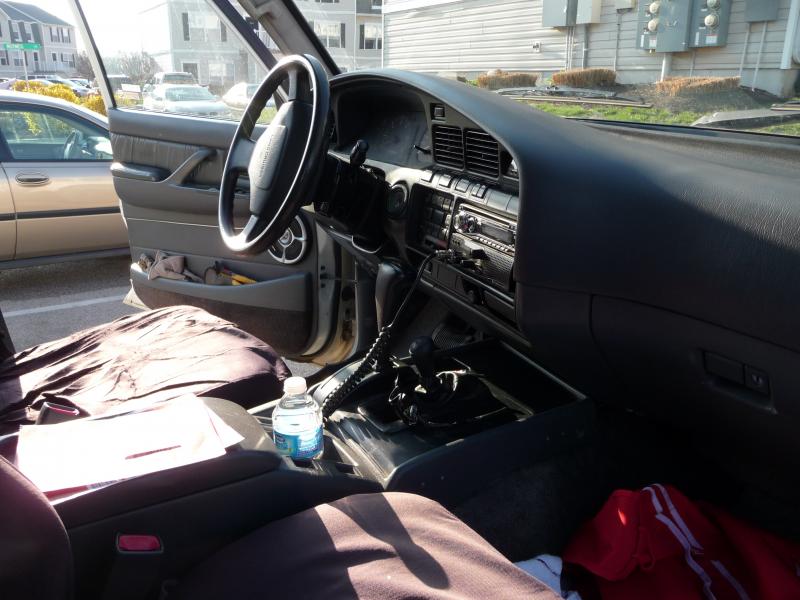 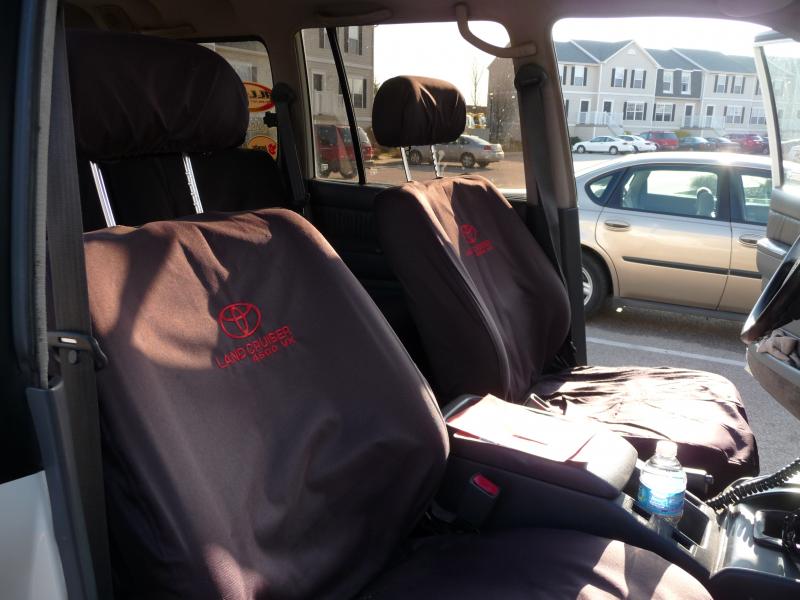 Where did you get the seat covers?

Would you be willing to sell the front ARB bumper?

This 80 is a beast. John, sad to see her for sale (just like Lee), but hopefully she'll go to a good home.
A

Nice, I see my old rigs pop up all the time. The truck was great for me and then sold to zombified and now to you. I'd buy it back if the timing was better. Bump.

I've wheeled with this rig a few times, very nice truck and John is a stand up guy.

John, how about some undercarriage shots?

For those who have asked, I'm not parting anything out on the truck. It either sells/trades complete or I'll hold onto it and keep on driving it.

And good call on the undercarrige shots, Brent. I actually meant to do that a few days ago and totally forgot. I'll try to get some up tommorow or sunday.

That locker sensor is the same as the reverse light sensor in a bunch of minitrucks. It's not cheap from Toyota though...

Bump for a really nice rig!

Thanks for the info Fast Eddie! I thought I had cruiserdan price it out for me a little over a year ago, but maybe I'm thinking of something else I ordered. Anyway, for me, its never been a big deal. Its totally obvious when the front locker is engaged anyway, and for as few times as I actually use it, its never been worth messing with it.

Bump for a cool truck, and super nice guy
D

Higgin said:
Thanks for the info Fast Eddie! I thought I had cruiserdan price it out for me a little over a year ago, but maybe I'm thinking of something else I ordered. Anyway, for me, its never been a big deal. Its totally obvious when the front locker is engaged anyway, and for as few times as I actually use it, its never been worth messing with it.
Click to expand...

I had my truck into the shop today with some other service and had the same question except mine is with the back locker. They threw it up on the rack and checked it and it was a problem with the sensor. The locker engaged but the light still blinked. He showed me where the sensor was but like you, im not messin with it. No biggie, as long as the locker works.

which model cobra CB is it? it fits in there so nicely.

Sorry for the delay, but here are some undercarriage shots. The majority of the undercarriage is pretty much rust free, but I've tried to get a couple pics of the worst of the surface rust that is present. Keep in mind, this has all appeared within the last winter season, the underside was completely rust free before that. So it should be pretty easy to get it off and throw on a new coat of paint.

Pic #2 - Front Control Arm Drop Brackets - These are by far the worst pieces on the undercarriage. Not sure if they had a bad paint coat when new or what, but most of the paint has worn off of both brackets and been replaced by a layer of surface rust. You can also see the small amount on the control arm mentioned in pic #1.

Pic #3 - Frame/Lower Rear Control Arm - This is just a pic to show that everything else under the truck is for the most part is rust-free. There are some other small spots of surface rust here and there on the undercarriage, but pretty much everything else is clean. Frame is perfect. Besides the Front control arm drop brackets, I think most of the surface rust on the front/rear axles and the front control arms was caused from paint getting worn off of those pieces while off-road from branches, weeds, rocks, etc, and then the rust showed up when I had to drive the truck this winter.


I've had a lot of offers for interesting trades so far, but still haven't found that perfect car I'd be willing to trade the LC for. Again, if you are interested in my LC and have a car/truck/suv/motorcycle to trade, even if its something I didn't list, go ahead and email/PM me the details of what you have. You never know what I might go for. 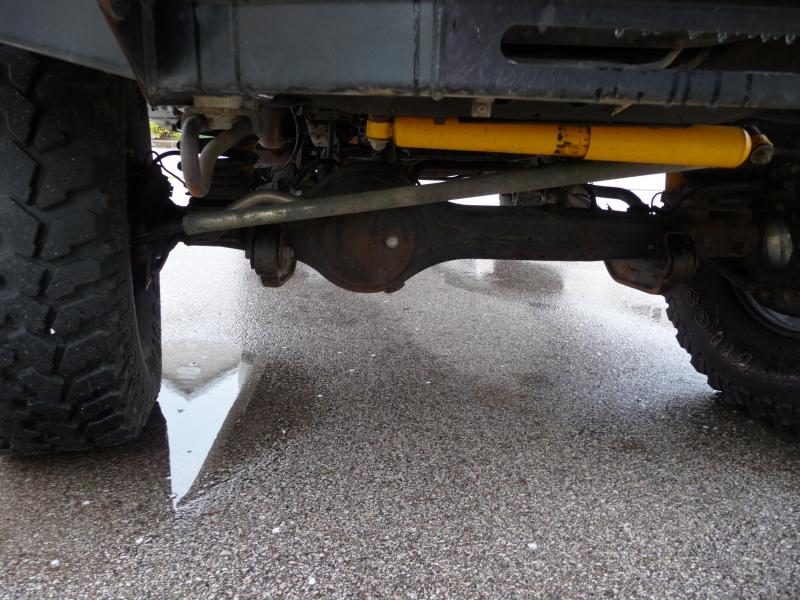 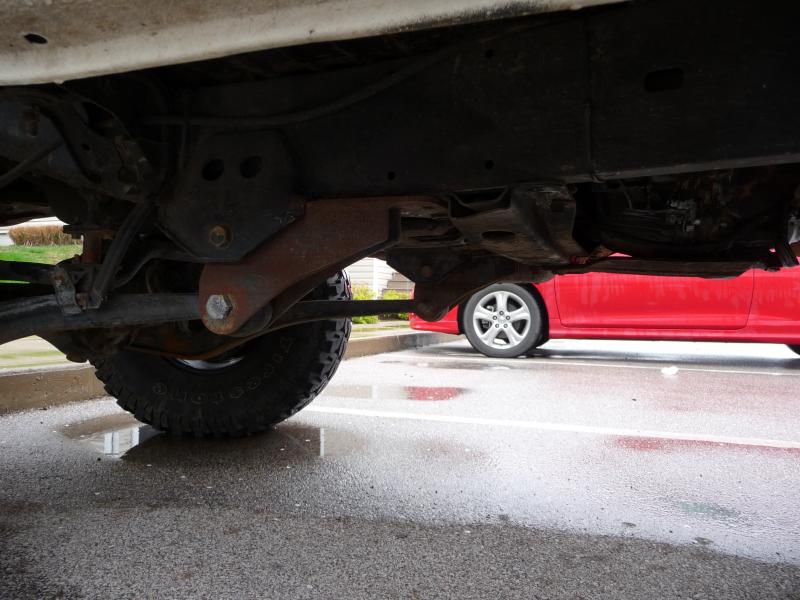 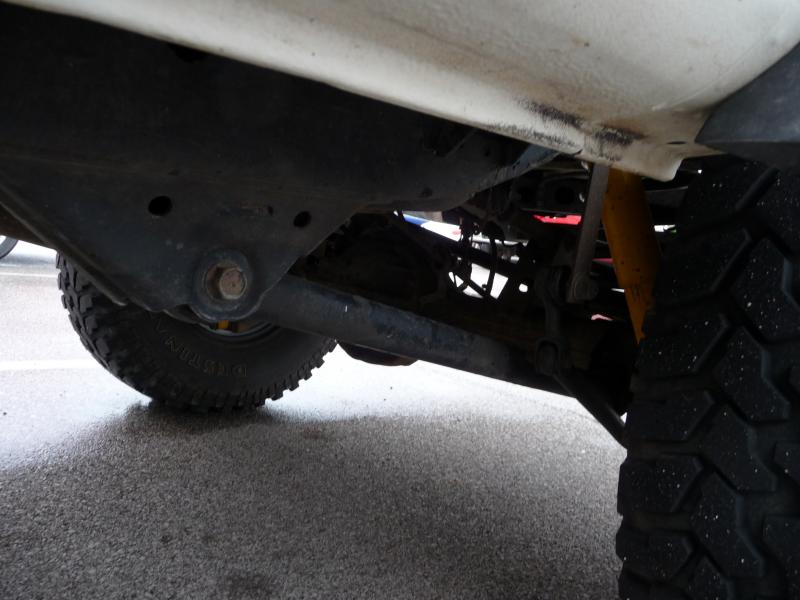