I have a medium tan brown 87 HJ60 for sale. I bought this as a parts truck last spring but didn't have the time to do anything with it and now I don't have the space to keep it around.
It has an all original 2H engine with roughly 365,000 km's on it. It has a h55f 5 speed transmission.
The engine is all coimplete with nothing missing (as far as I can tell). EDIC system is intact and working. It has factory air but has a leak somewhere but I filled it in the spring and the compressor does engage and turns. It has a 24 volt electrical system.
The body is a bit rough but not too bad. It's had some body work done to it in the past so from a distance it doesn't look too bad. The rear frame is pretty bad though with the channels rotted by the rear leaf spring holders.
The interior is typical beat up with the driver's seat ripped and the rest of the interior dirty. The best part of the interior, which is brown, is the dash and the dash pad. Both are in good shape with no cracks on the dash pad.
The truck is not licensed so I never really drove it on the road. I only drove it maybe a distance of 2 km's to move it between a couple of storage areas. The engine starts up amazingly well, first crank each time. The engine runs smooth and drives smoothly.
It'll need a couple of batteries as the two that are in there now is shot.
The transmission felt a bit notchy from first to second. Second to thrid and third to fourth felt smooth. Going into reverse is smooth too. The notchiness maybe it's from lack of use or possibly requires a fluid change(??).
With a bit of work you can have this drving on the road again but it's best as a parts truck.
The Land Cruiser is located in Toronto, Ontario Canada.

I will not be separating any parts as I want to get rid of the whole thing and I don't have any place to work on the truck to remove parts.

Note: the last picture shows two Land Cruisers. In that picture it's the light brown one that's for sale. 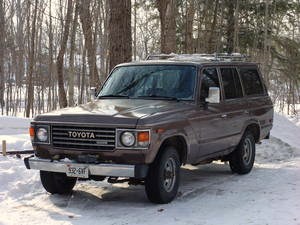 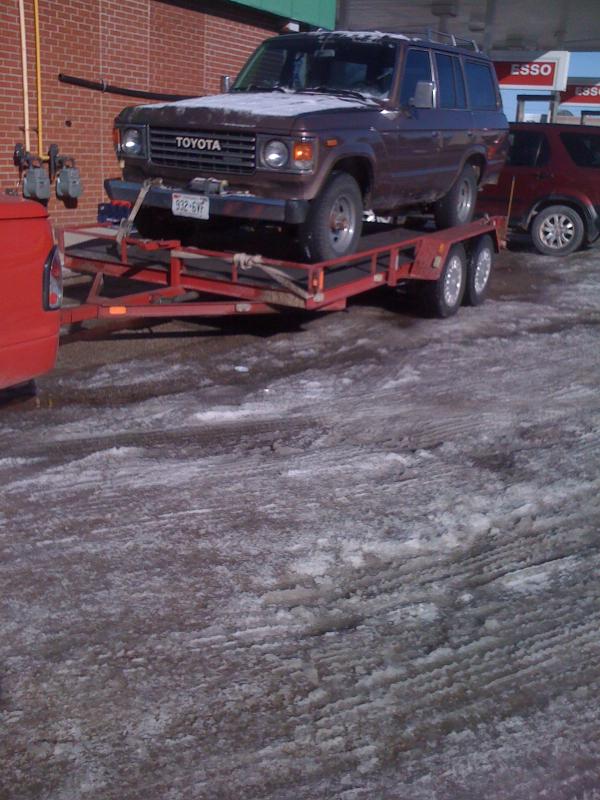 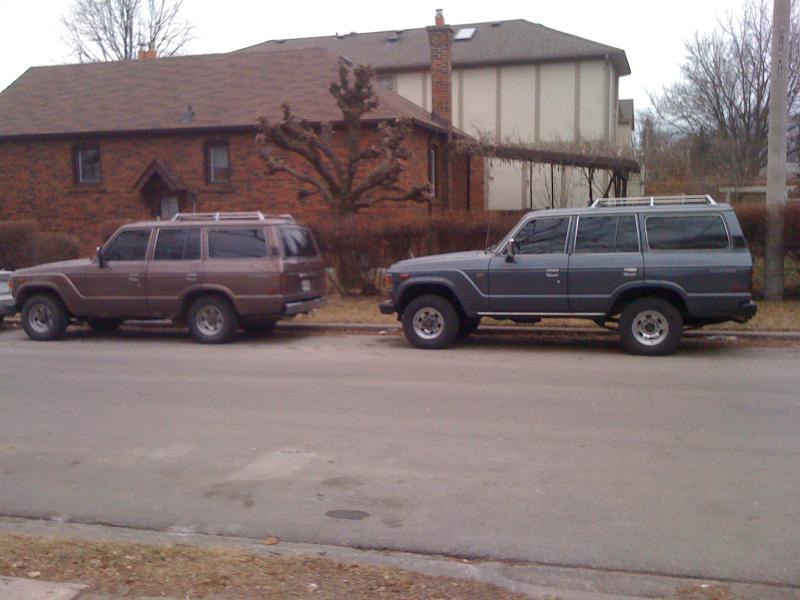 Need this gone ASAP!!!!
Make me an offer

shoot me an email at
wayne@crushersrule.com
and lets talk.
cheers
You must log in or register to reply here.