The BAD >*Vehicle is not running*- due to a mechanic's error, the second battery grounded and caused an electrical fire under the hood (note burn marks). The fire was caught quickly and extinguished, but resulted in lots of melted wiring, belts, etc. Engine should still be fine (iron block).

The GOOD> Tons of potential for a rebuild, engine swap or parts vehicle to upgrade your existing FJ60/62.

I bought this LC from my best friend 3 years ago and it has NEVER let me down. It was built right from the beginning, and used as intended but never abused. Modifications include:
OME lift and steering stabilizer
ARB front bumper with 12,000 winch and 4 Hella lights
Kaymar rear bumper with pinions for swing away carrier and/or gas carrier (carriers not included)
Full length Tradesman safari rack (very rare)
5 (including spare) BFG 33x12.50 AT tires with better than 85% tread remaining.
Weber carb
completely desmogged
New exhaust in 2011
Toyota H55 5-speed manual transmission (very rare in the US)
FJ 62 style mirrors
Specter Off-Road 3/4 slider windows (brand new!)
New windshield in 2013
New stereo and speakers in 2011 (CD with AUX input)
New driver's seat cushion
Dual Battery set-up (second dead-core was connected by mechanic and caused short)
New Gas lifters for tailgate! (2014) Thanks mudders.
Original 2F has about 211,000 on it. Likely needs new head gasket or head.


If you know these rigs, then you know that the strippable parts and wheels alone are worth the asking price. If I had more time I would drop a new motor in it and keep it, but I just don't have the time. 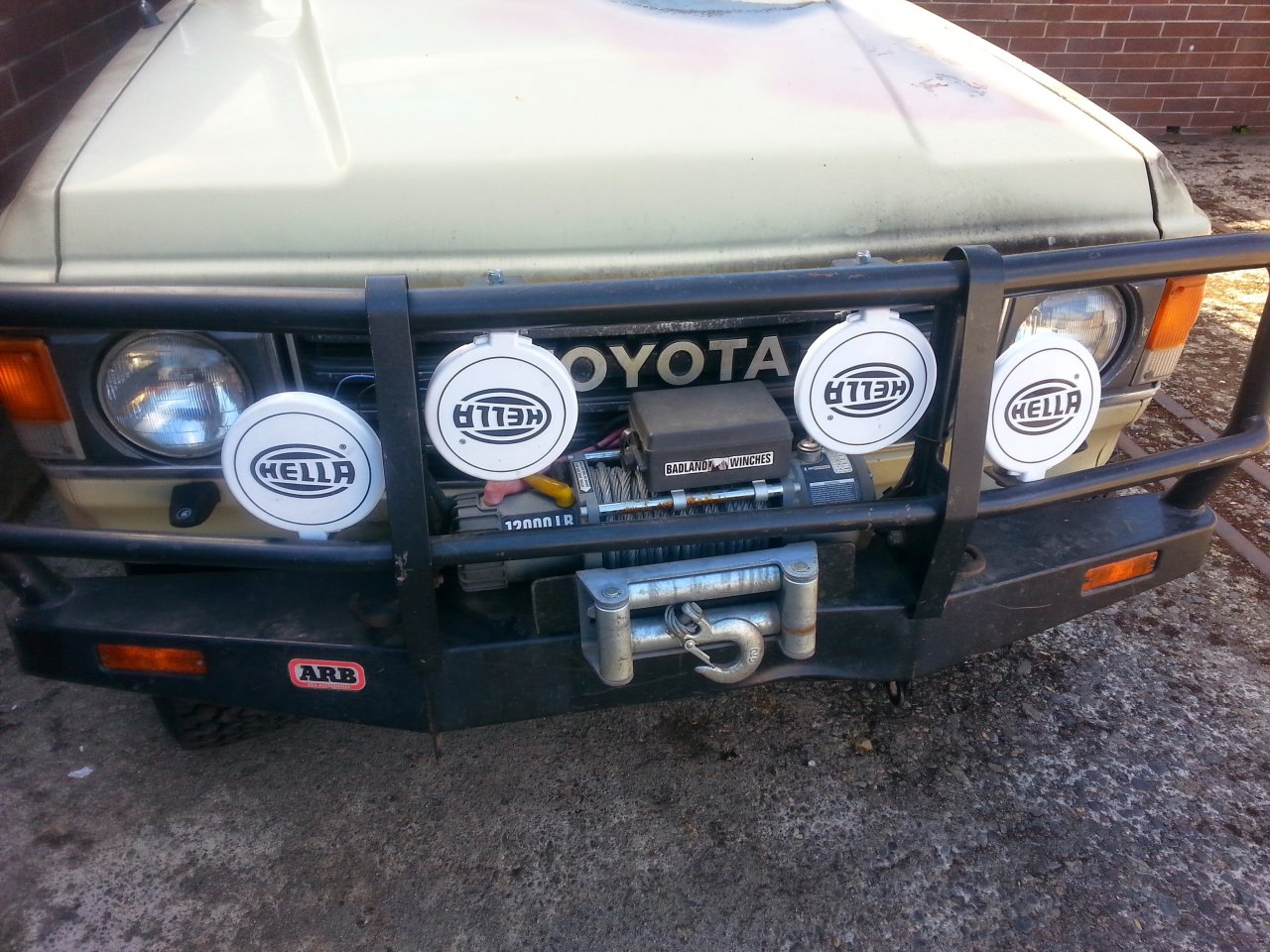 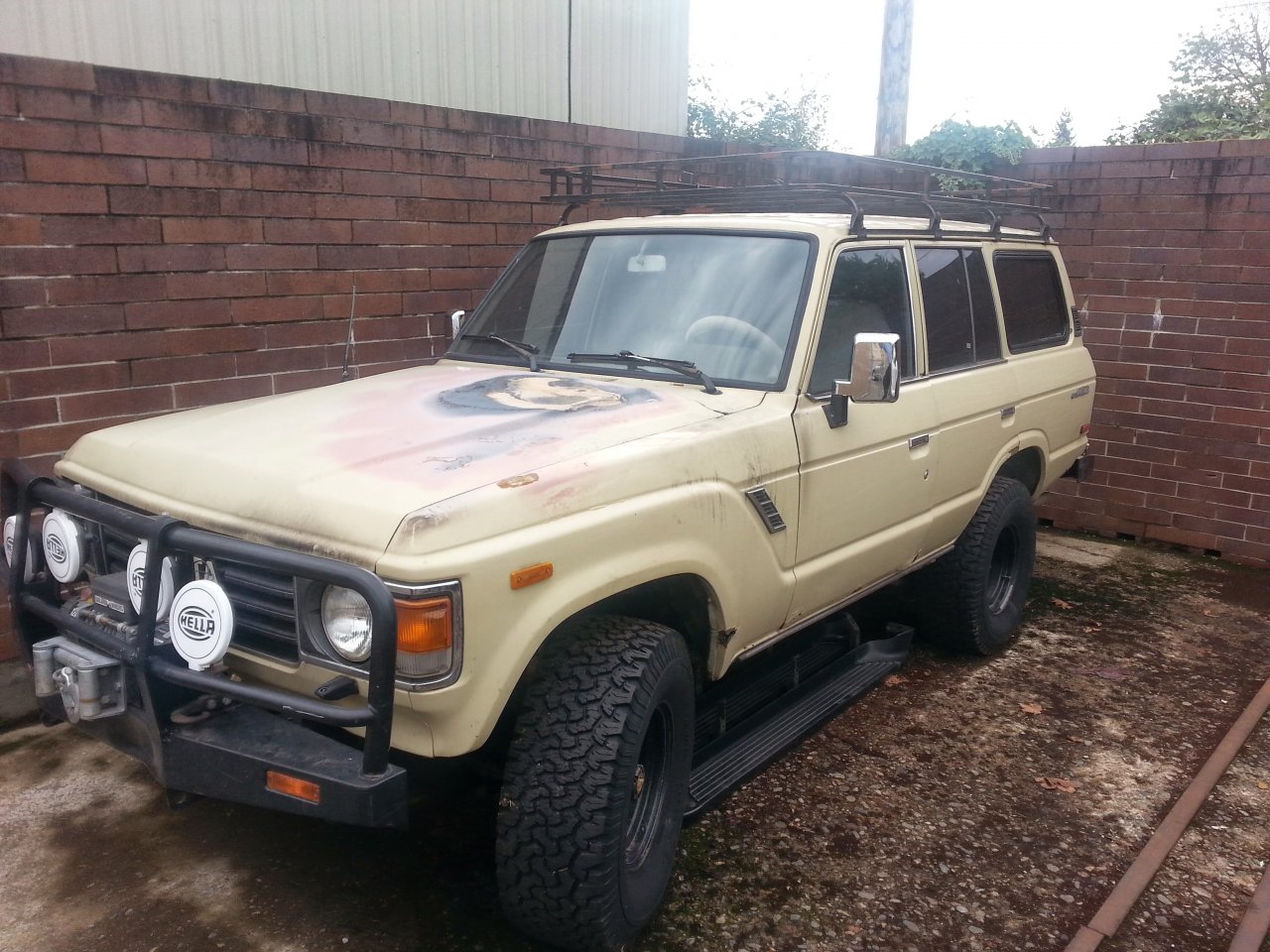 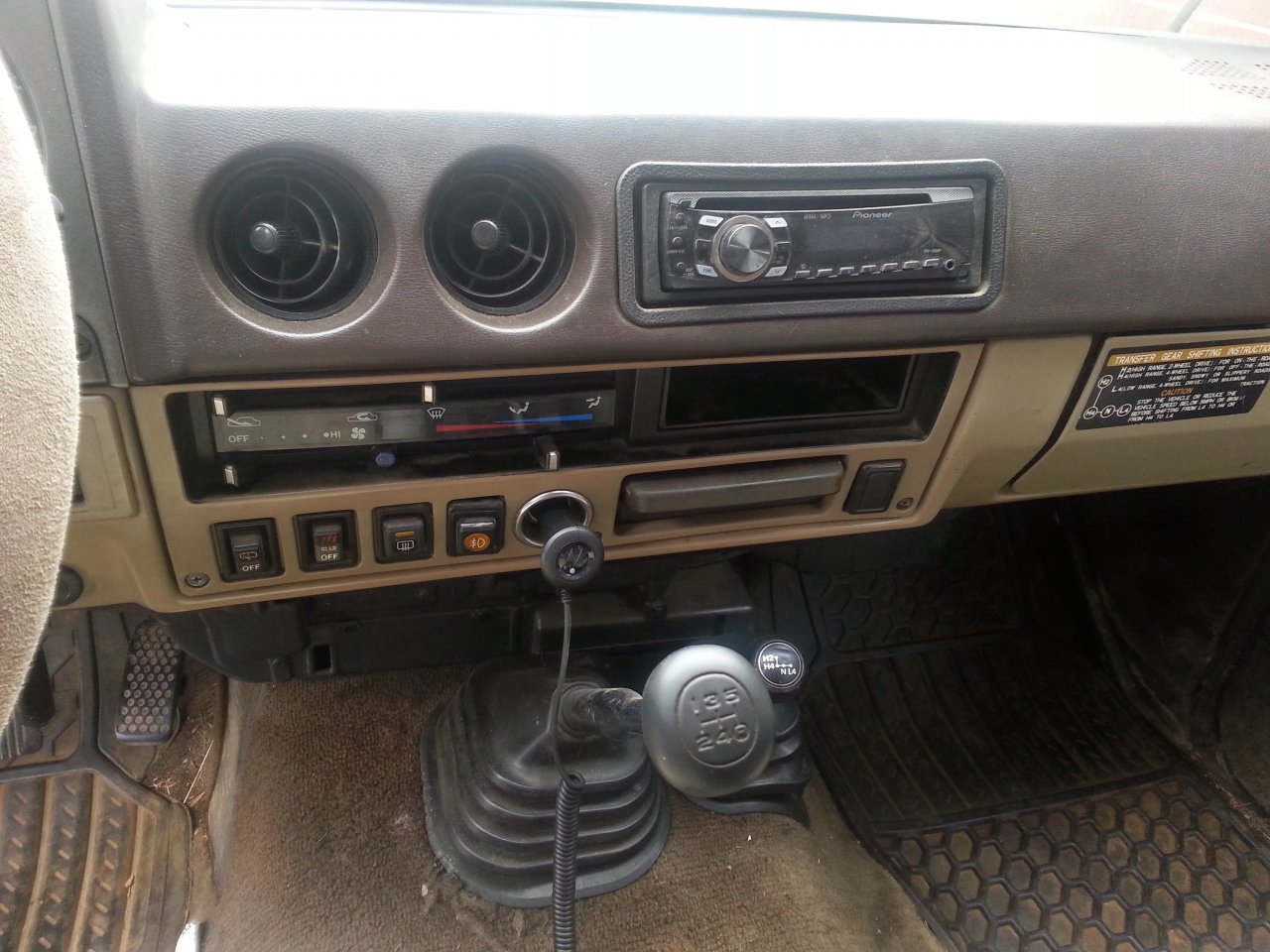 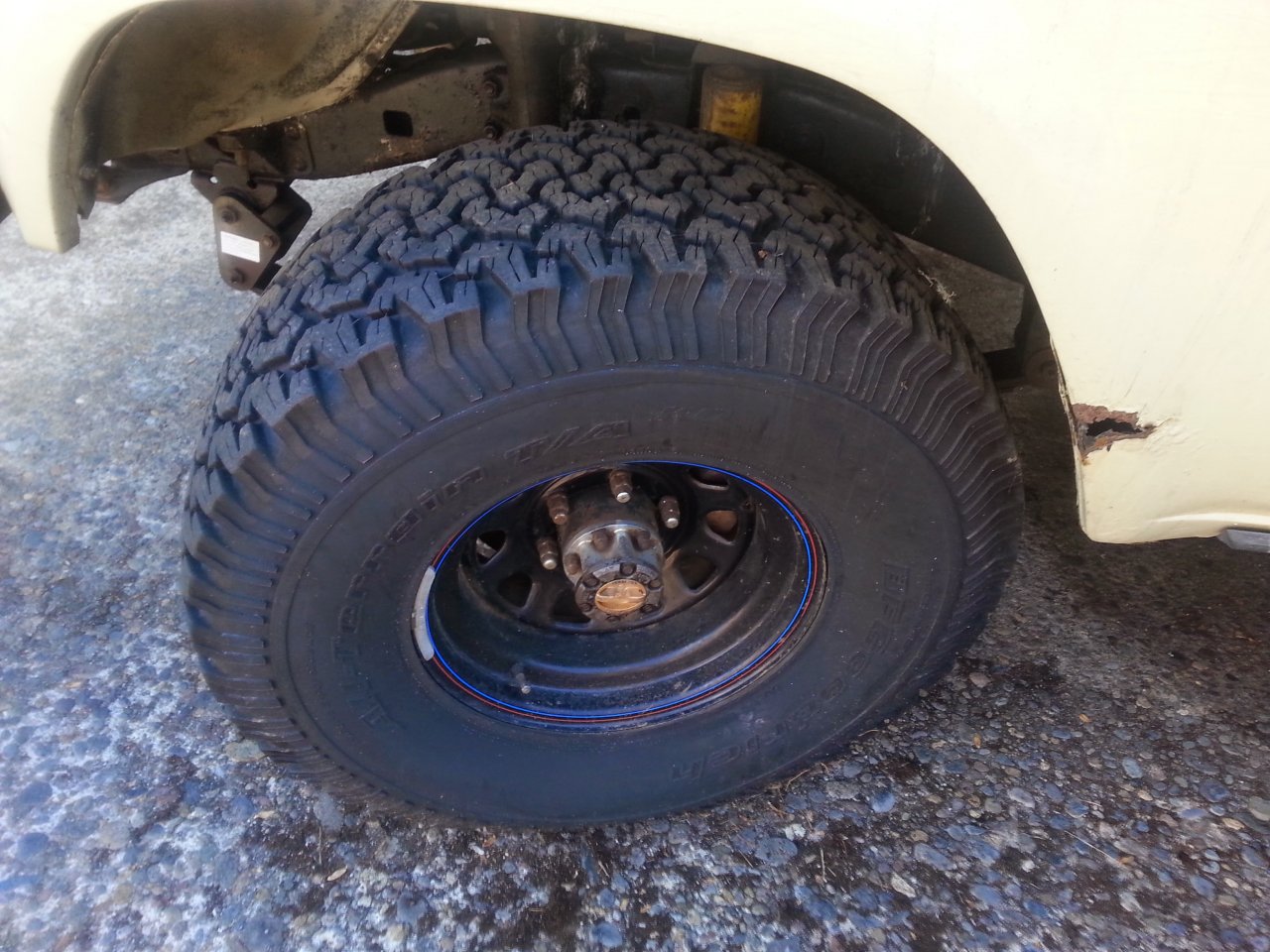 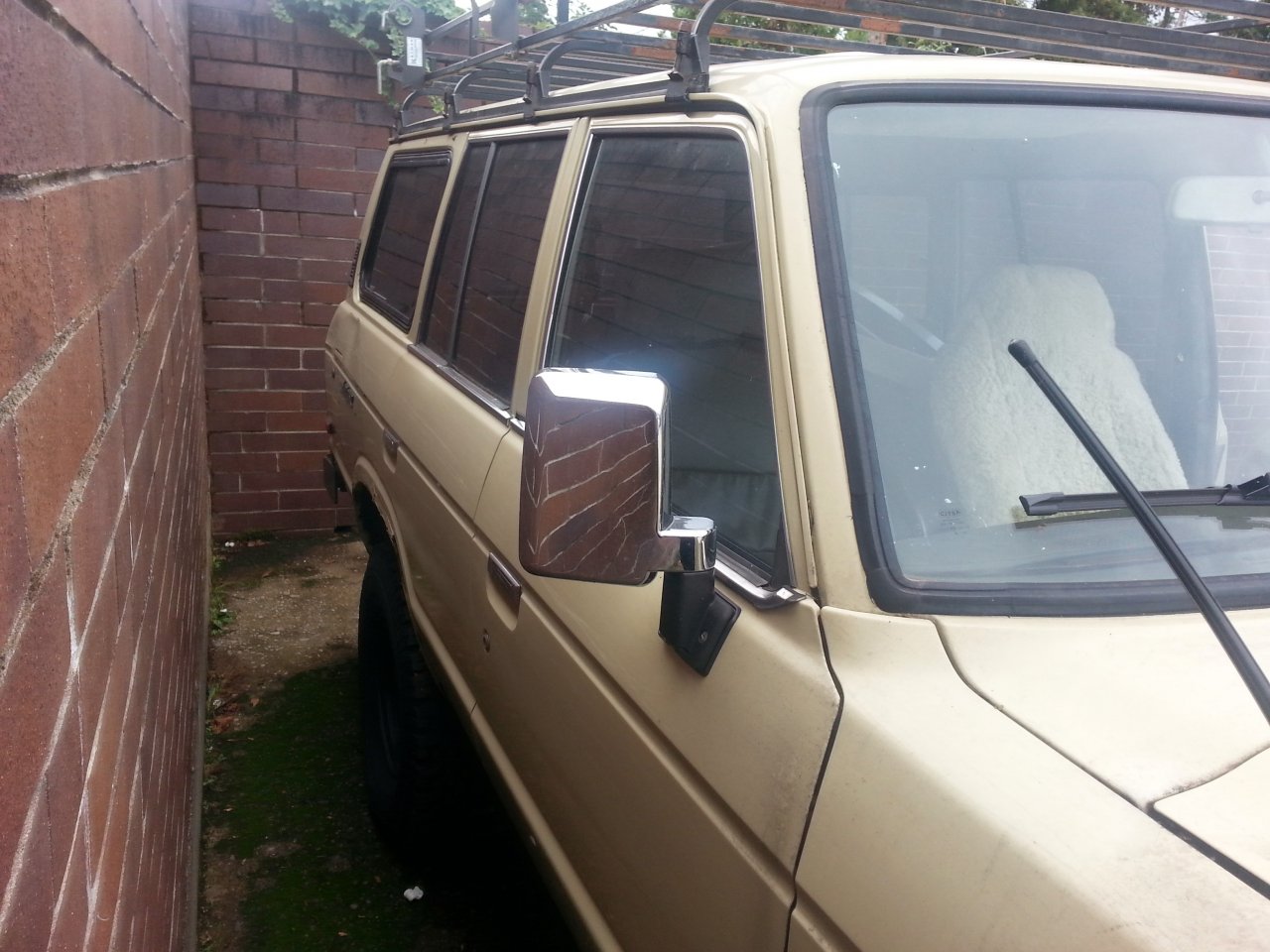 Can you elaborate on the rust situation?

The pics really show the worst of it. I've updated the CL ad to include engine bay shots. It seems like standard wheel well and door trim rust to me. She isn't a desert rig, so there is rust. Depending on your level of interest, I can take more "rust specific" pics tomorrow. If you are looking for a rust free body, this isn't it. Frame, bumpers and suspension are solid.

are you willing to part any of the rig out?

Great deal for someone wanting to put in a little work. Cool accessories list.

Sold. Thanks for the responses.
You must log in or register to reply here.