It's time to pass on my 1982 FJ60 with ~212k miles.
A little background:
The vehicle spent 34 years on the west coast (California 1982-2002; Oregon 2002-2016) before I acquired it 5 years ago (2016).
I had it restored in New York and briefly listed it for sale in NY before changing my mind and taking her with me to Florida where it's been since 2016. Here's that listing showing some photos of it's original condition, it was mostly rust free with an impeccable frame and straight body: 82 Blue FJ60 NYC

In 2020 I had the vehicle refreshed\restored again, to address some surface rust that appeared on the rear drip rails. Both sides of the rear drip rails were cut out and expertly replaced with completely clean metal from an Arizona donor. During this second glass-out resto I had all the usual spots revisited - (bottom of doors, dog legs, etc) to ensure there were no signs of rust. The entire vehicle was completely repainted and I opted for de-chromed glass gaskets.
At this time the new SOR interior was installed (very fresh carpet) and new tires (probably less than 15 miles on them).

I have a nice set of OEM snakeblinders, OEM mud flaps, and door sills that are included in the sale but not mounted.

It starts, runs, and drives well. AC blows icy cold. 4x4 appears to work but I've only tested on flat pavement.
The minor "issues" I can think of are:
The aforementioned shackles, a slight tear on the drivers seat, steering wheel alignment not clocked at 12.

I've really enjoyed taking her on 5 mile, weekend drives with the family to get coffee or to the local car shows (it's a small town) but she's really not getting much use and it's time to pass her on.
It's also listed for sale on eBay, where you can find an Autocheck (which incorrectly states that I'm the 3rd, 4th, and 5th owner when I'm actually the 2nd or 3rd).
eBay link: 1982 Toyota Land Cruiser | eBay - https://www.ebay.com/itm/184822853036
Google Photos: 1982 Blue Toyota Land Cruiser FJ60 - https://photos.app.goo.gl/qT3mLDA4N23aFoPs7

Asking $34,900.
If you're interested send me a message.
Thanks for looking. 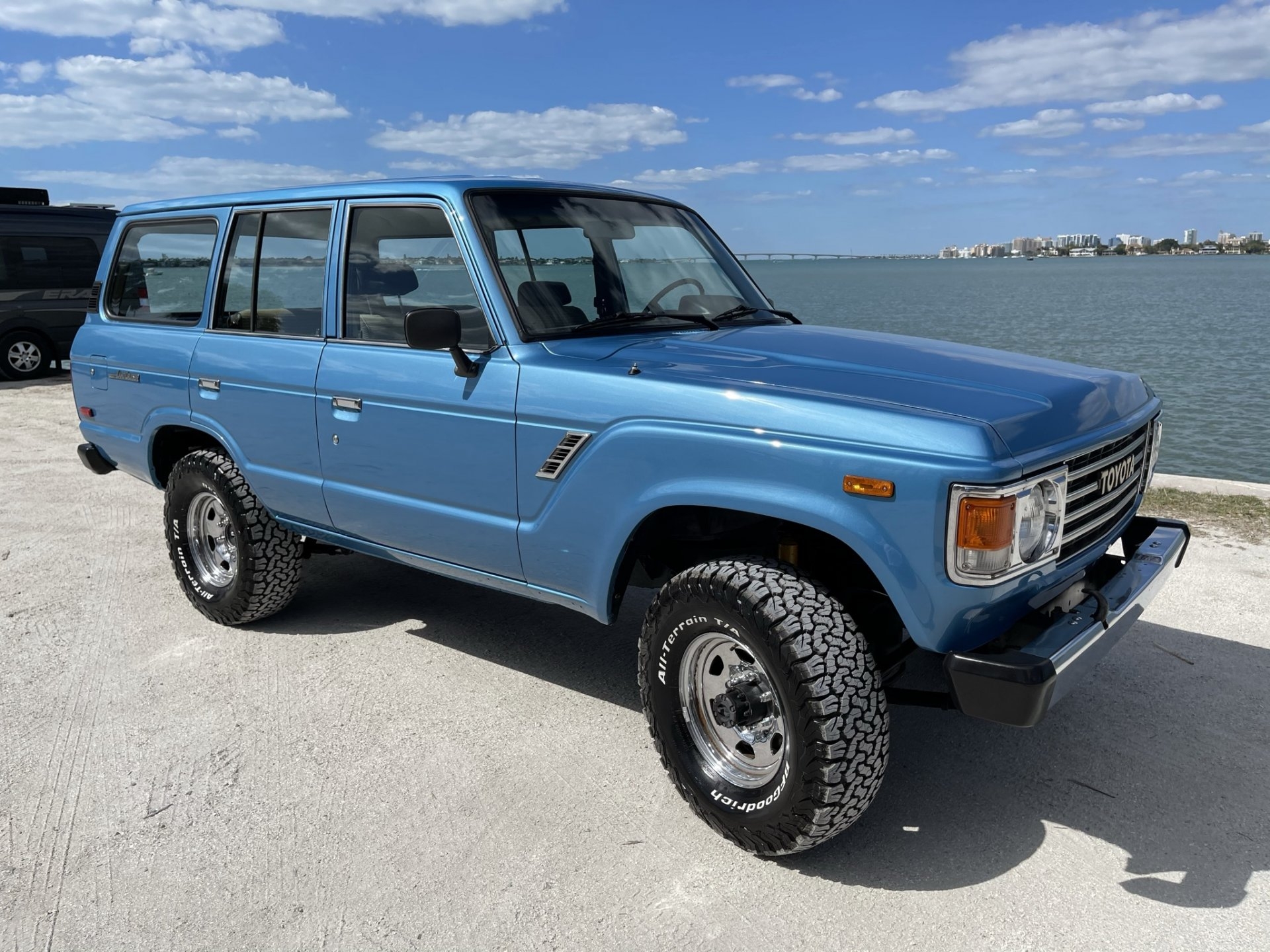 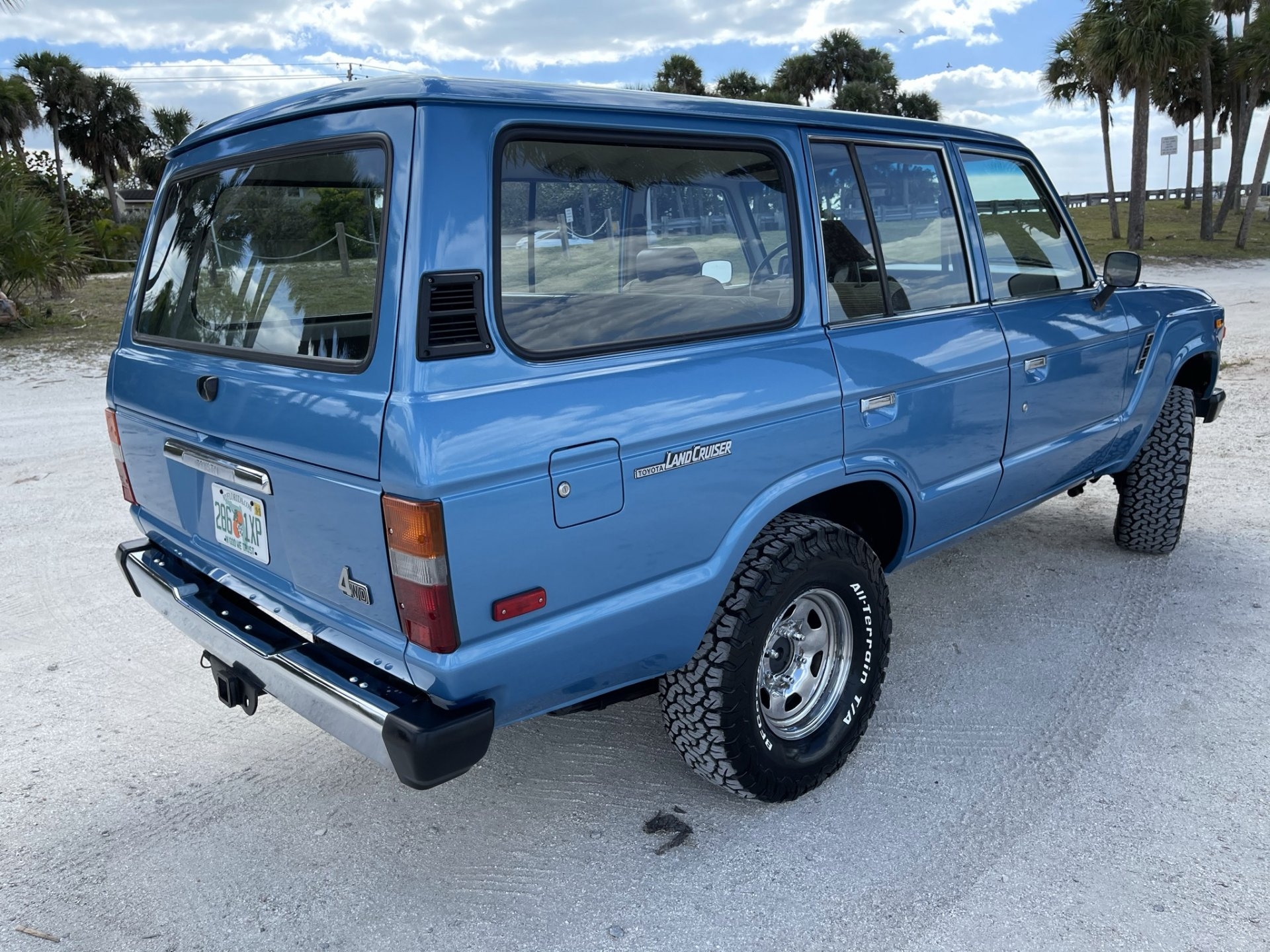 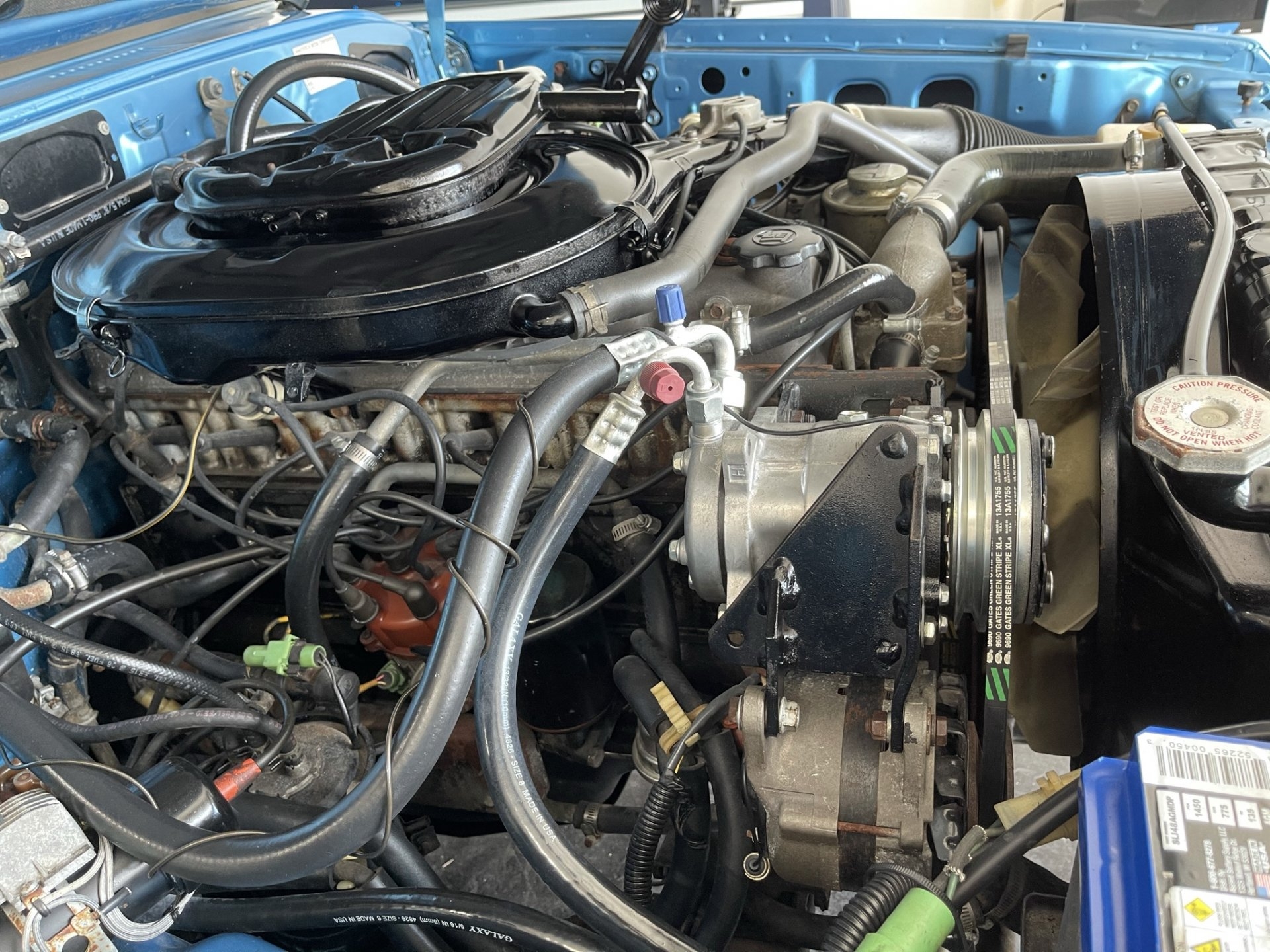 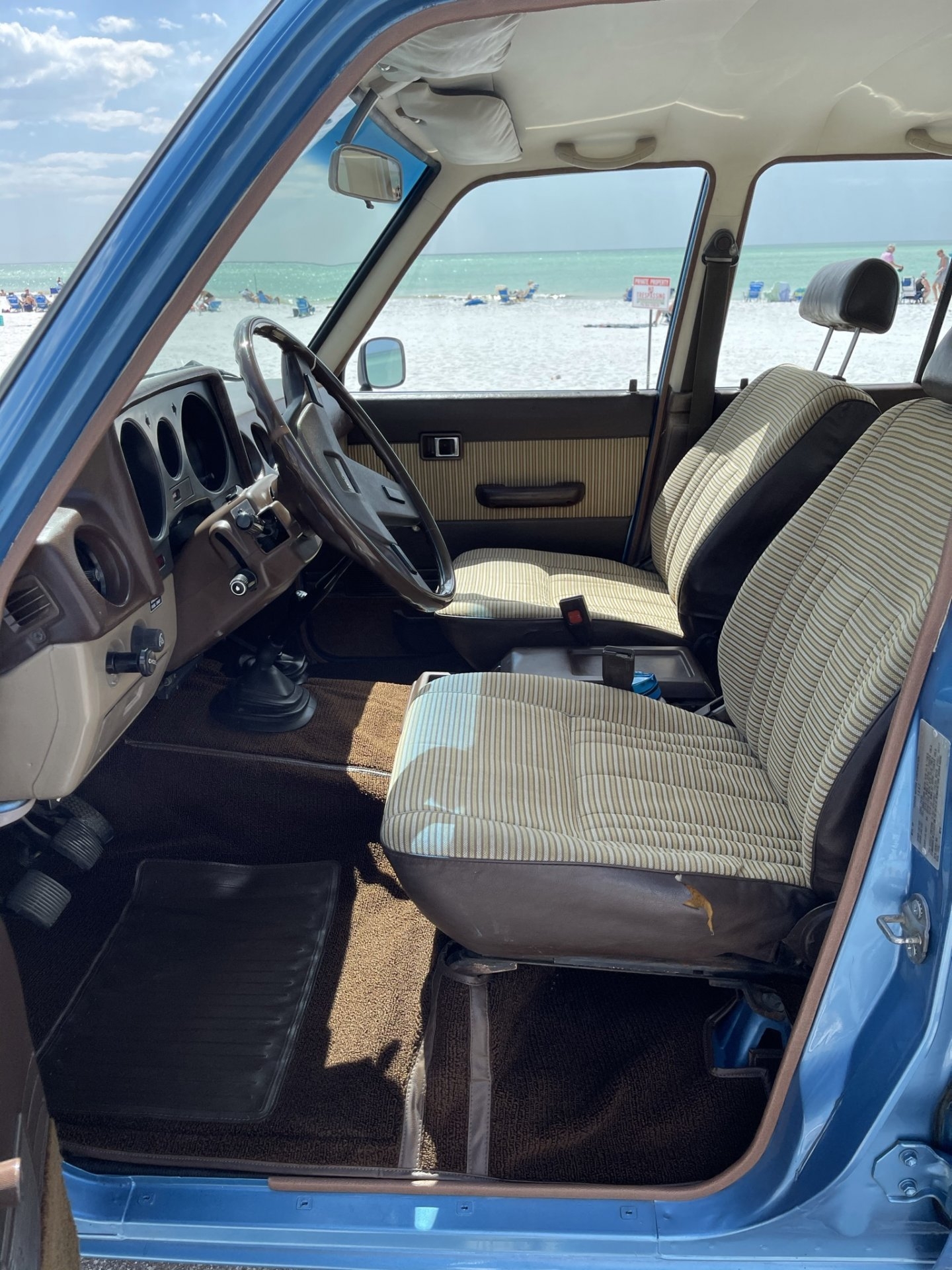 Yes as mentioned in the original post "OME lift kit with anti-inversion shackles. (front shackle is on backwards but does not affect drivability)."

Visit site
Vehicle is sold (on ebay). Thanks for your comments.
You must log in or register to reply here.