I am selling my FJ45LV to pay for my wedding! If that isn't a good reason to sell a car, I don't know what is The price is about half what this truck is worth once you get her back on the road. I love Land Cruisers but I love her more 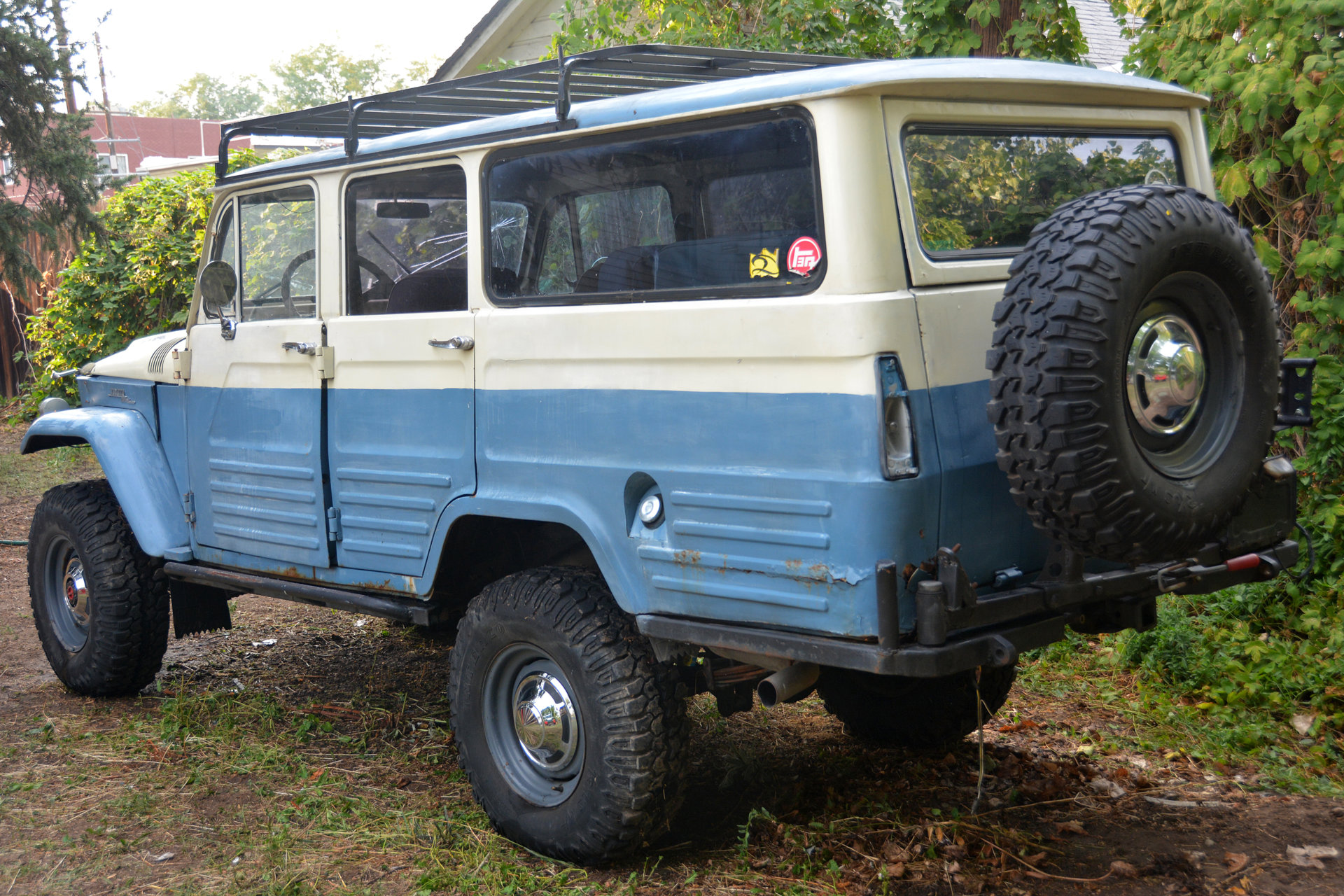 Here is a video of the truck -

This vehicle is sold as is. If you want any pictures or additional information, please let me know. Currently located in Denver, Colorado. Feel free to come by and inspect the truck in person. I can be reached at 720 635 9198 or treeroot@gmail.com 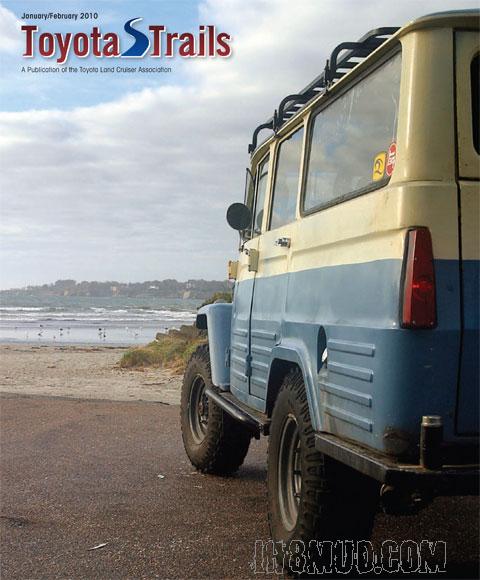 The bad:
No title. I will provide the body vin tag that matches the frame and a bill of sale. I have a copy of the vin inspection from the state of Colorado I will also include. The frame has been straightened after being hit on the passenger front. The exhaust has been pinched under the motor and needs repaired. The floor pan is rust free but will also need to be re-welded along the door sills to be structurally sound. I tried to document the damage in the pictures. All doors open and close; however, the passenger side will need additional work to square up the door frames. Feel free to ask me for any additional pictures and you are welcome to come inspect the vehicle in person.

The front floorpan has been repaired using a complete reproduction from the rear seats forward. As these pans are no longer being reproduced, this is a highly sought after repair. Hell, buy the truck for this alone! 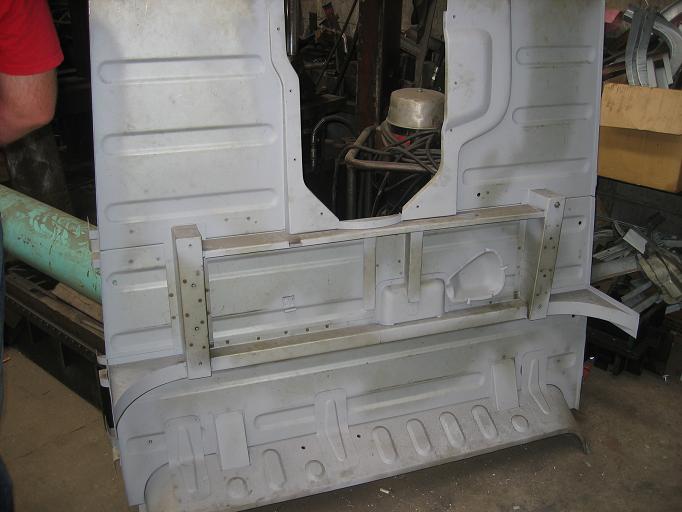 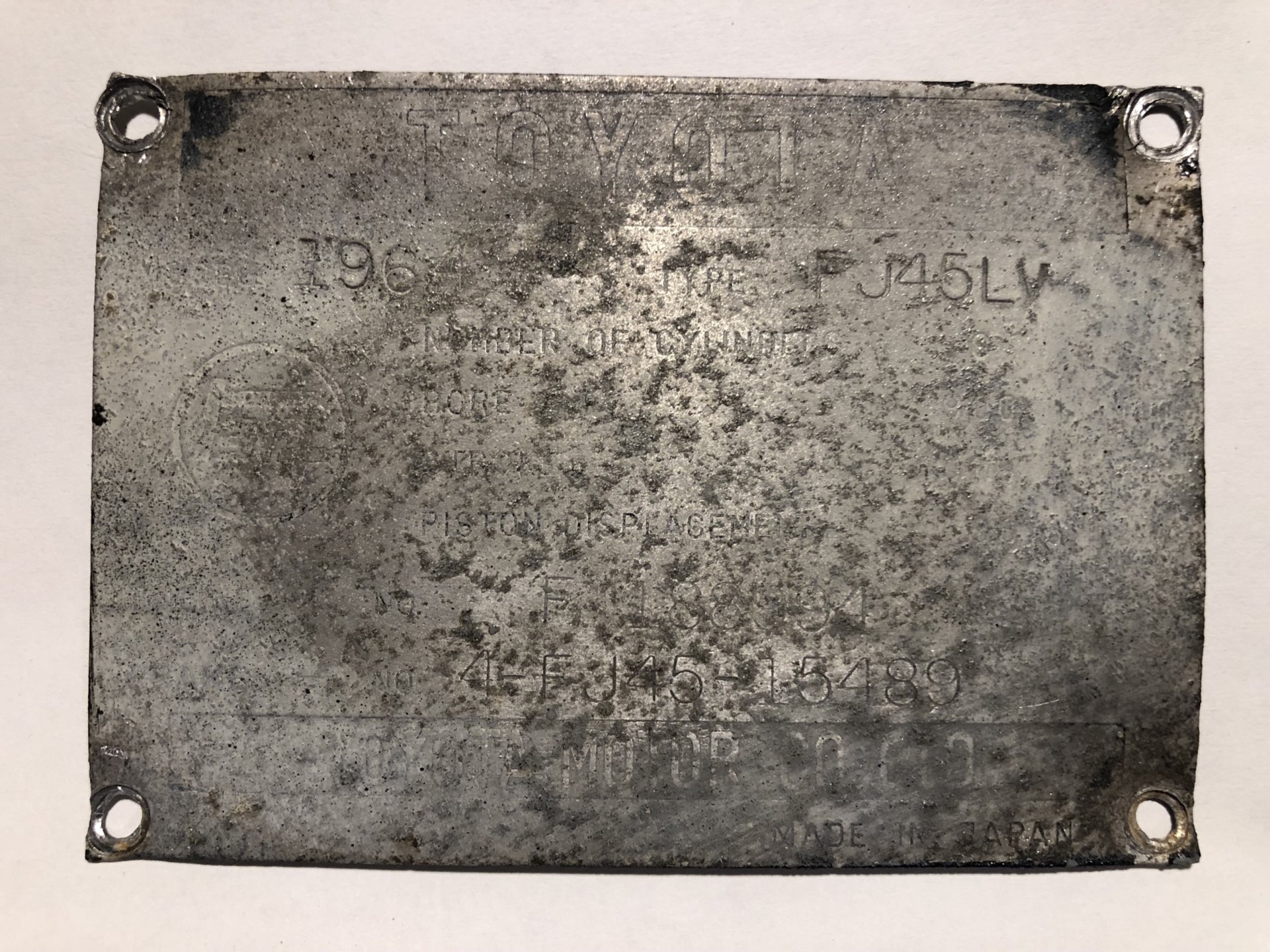 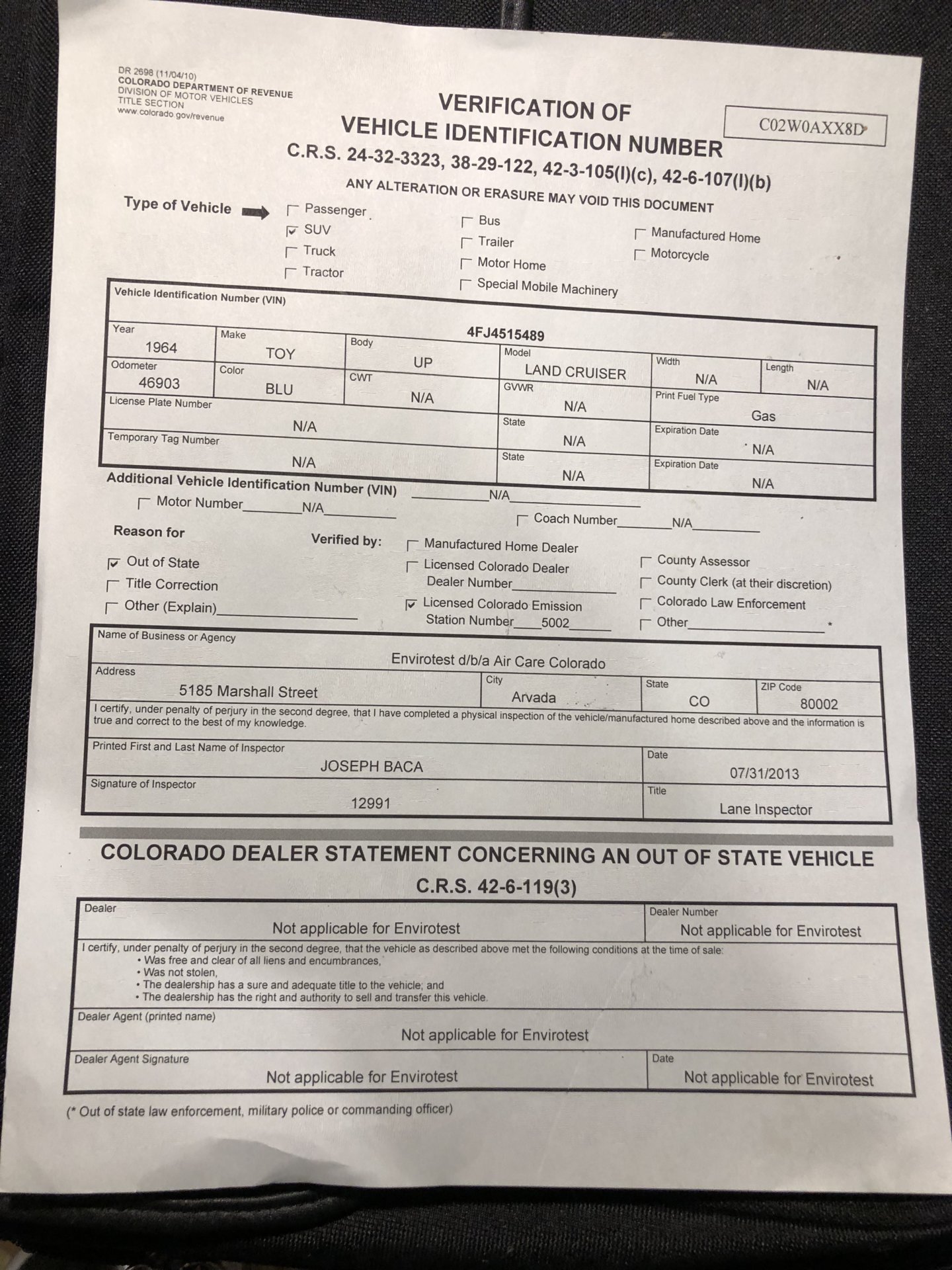 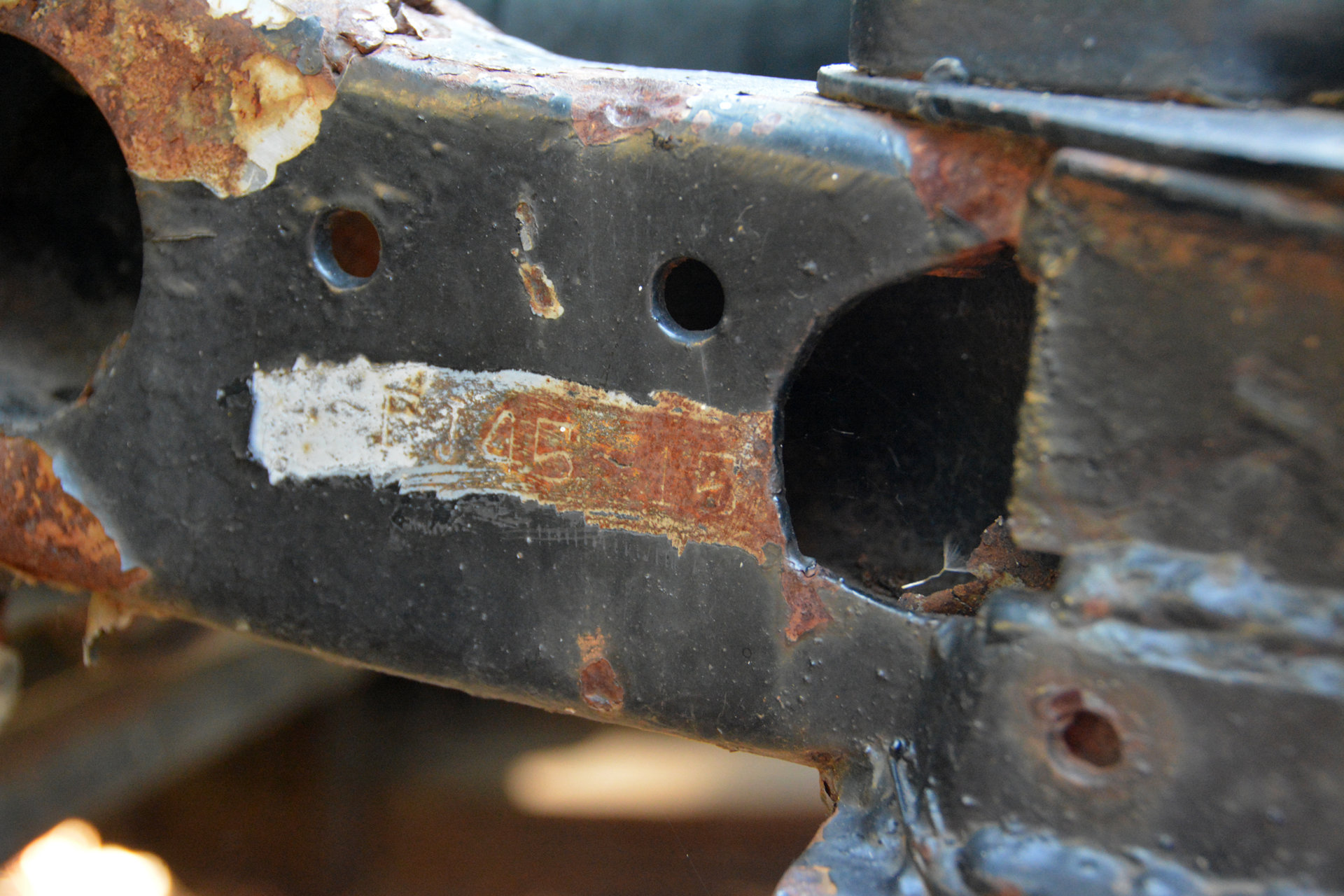 A little but of Land Cruiser History:

The Toyota Land Cruiser started out in January 1951 as the Toyota Jeep BJ. In September of 1955, the 20-series was created. There were ten variations available between the FJ20 to the FJ29. The FJ25 was the primary model sold to North America. It was the FJ25 that evolved into the FJ40 model we see today. The FJ40 and other models were built by Arakawa Bankin Kogyo, now ARACO Co., Ltd.

It was in 1954 when Gifu Body Co., Ltd. started working with Toyota motor sales. In 1960, Gifu Body produced the bodies for the wagons instead of Arakawa Bankin Kogyo. Gifu was responsible for the FJ45lv and possibly the FJ45v and earlier models starting in 1960. Manufacture of the wagon bodies by Gifu ended in 1967 when the FJ55 was taken over by ARACO. Gifu is still producing truck bodies today including the Mega Cruiser.


In September of 1960 the FJ35v and FJ35lv were created. This model looked a lot like the FJ45 wagons we know today but with one major exception. The front bib was exactly like the FJ25. Production of the FJ35 stopped in November of 1960 with only 60 produced. On a side note, the grill on this truck was made to look like an FJ35lv. You can mount a standard Land Cruiser bezel and put this one back to stock if desired.

At some point, the FJ45 wagons shared parts with the Toyopet Crown Wagon. These were produced from 1958 to 1964. The tailgate latch has a small metal cover held on by two screws. Under the cover is the Toypet name. The only difference is the Toyopet latch does not have the holes drilled for the cover plate. Another similar part is the taillights. Although the taillights have the same shape as the dimpled (cat eye) lenses found on 1963-64 FJ45 wagons, the mounting is different. The lens is attached to the light housing from the rear and the whole assembly is bolted to the car from behind.


There are a lot of great sites on the internet for Land Cruiser history as well as a few great books. When it comes to the FJ45v and FJ45lv, most of the information is rather vague. The information has been pieced together and, for now, is as accurate as possible.

Better sell them all Mike the kids won’t be far away. 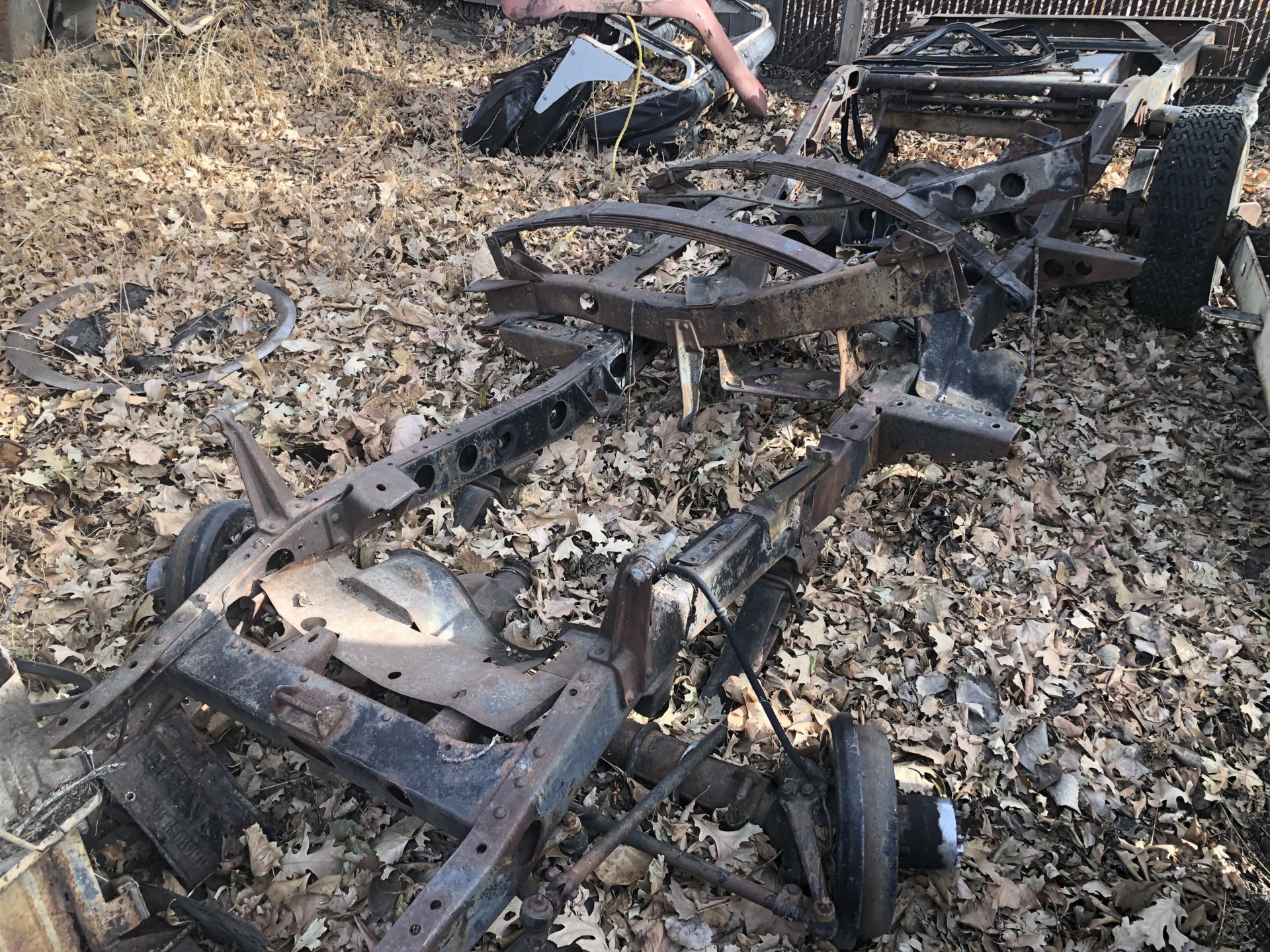 I see a LV front seat in the picture. You wouldn't happen to have a spare rear seat?

I may have some parts soon. The LV is still available. Let me know if you are interested.

Where’s it headed?
You must log in or register to reply here.