I'm in the process of swapping in a CS130 alternator on a 77 2F, and I read here that a 94 -96 Buick Century alternator would fit without modification, but it appears that info was incorrect.

What "twin ear" CS130 alternator installed by "Grant5127" is pictured below, I thought it was a 1996 Buick Century alternator, but it appears the mounting ears are to narrow on the Century Alt. (second picture)

If anyone has preformed this swap using a CS130 with little or no modification, what alternator did you use, part # or donner car would be great.
Thanks
Chris 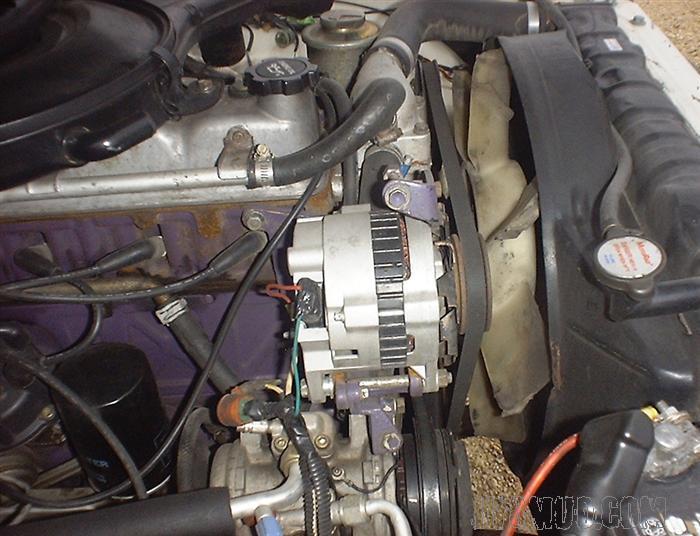 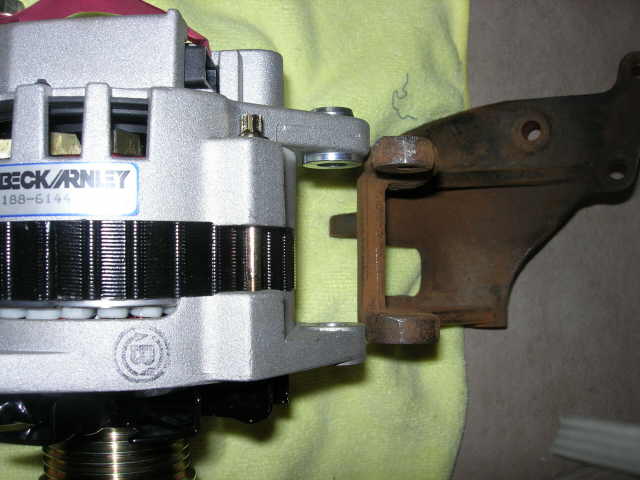 For other folks searching this later, if you are attempting this on an F motor, this one might work:

No problem. looking at it now, its clear that the one you got has the rear tab pushed forward which I hadn't noticed before. After a little searching on the WAI site I found that one which appears to have the rear tab all the way at the rear of the case. Hope it works.

do you have the wiring schematic for the CS130? They are different than the early delco alternators, so make sure you search. I think I might have a link in the tech section. If not read up here:

When you posted the 2nd link to the WAI part description for an F motor, what is different about that alternator? Just the case or mounting tab dimensions?
'71 FJ55 Arizona truck

It appears to have the top mounting tab at the 12 o'clock position, which would work better for the F mount than the first one, which has it clocked away from the engine block in an F mount config.
Brett

We use to manufacture a CS-130 conversion for 6 cyls. that included a mounting bracket conversion and a billet alum. pulley, none of all yall bought em, so they're gone. Here's my point though; they require some specific wiring in the Landcruiser and if you do it wrong you can instantly burn up the alternator. Check Downey V8 instruction manual for proper wiring.
Downey's gone,
Jim isn't!!!
C

I looked back at my notes from building my FJ40 a few years ago, and I did the following:

Alternator connections:
Battery+: to battery via 6 ga wire
S: use a ring terminal and attach to battery+ post on alternator
F: not used
L: connect to switched 12V with Ignition on(so coil wire powersource is a good start) ***you will need to put a charge light in this circuit. between alternator "L" connection and the 12v source. I used an early in dash parking light indicator or EGR light as the charge light. something with a 3w bulb works fine.
P:not used.

This worked fine in my FJ40 for over a year without a single charging problem. Cant vouch for any other means of wiring it. There are some voltage regulators in CS series alternators that dont require the charge light.

I did the CS130 install in January. I modified the stock alternator bracket to work with the CS130.