One year ago i took my LJ78 up a mountain and it came back a changed vehicle. Something went south in the transmission and a series of mistakes and bad decisions resulted in me taking the $2,000 on offer for the truck, sans trans and a couple other things needing to be fixed. It's hard to say goodbye to ten years of going everywhere, even if it was in a Prado...

There was my wedding, and an epic honeymoon to the end of the earth (Tuktoyaktuk), and then back to the day job, but something was missing. Every day, i'm not ashamed to admit it, every single day i looked for something that would satisfy the emptiness, and i found it in the form of a Canadian BJ70 from Medicine Hat, Alberta.

I bought it in February but waited until early May to bring it home. It seemed good enough to drive so wife and i went on a 1,200KM roadtrip to bring it to Surrey, BC where it waits for a guy to come install the new windshield (thanks for the part number Beno). I cheaped out and didn't get the new gasket as i had my windshield replaced on the 78 and it looked so easy i figured the guy could do it again. That may bite me in the ass, but i want to get the safety inspection so i can insure and drive this. I know rust often forms around the windshield frame, so i'm going to document what i find when the old one comes off.

A bit of background on this one, the old guy had it and passed it along to a young friend of the family. The truck hadn't been run much and the engine needed work, so a transplant 3B from an 81 BJ60 went in with the 4 speed. Lots of mountains in BC, and we crawled up the connector out of Kelowna for 14km in second at 50km/h. Stopping halfway up to cool off was a good idea.

The odometer says 335K but i was told the engine and transmission have about 190K. Head, intake and exhaust gaskets were all redone in preparation for a turbo-a-la-Drew. The truck came with a baby Garrett and i have a friend with access to water-jet and welding machines. Double-score. A full set of new tie-rod ends are waiting to be installed as well. Also included were the spare EDIC and alternator from the BJ60 and a big plastic box of teardown hardwear, and a box of 100 fuses, one of which was pressed into service to connect power to the dome light, stereo and clock. Oh, also, there was a screw holding on a battery clamp. That fell out in Abbotsford so i used a piece of coathanger jammed in to the terminal to start the truck. The truck came with a new set of battery terminals too. Brand new Superwinch all mounted in place on custom bumpers, all i had to do was make the battery connections. PIAAs mounted on the basket, not sure where to run the electrical for them. Suggestions?

Weirdest thing i've seen so far... there is an aftermarket push button on the dash. I thought 'wilson switch', right? Nah. It seems to be an intermittent ground for the windshield washer fluid pump. Maybe i am missing something?

As for rust, i've found a couple spots, but not what you would expect from a 34 year old truck from the prairies. Body mounts had some and got a repair job, there is a bit underneath the passenger footwell and in front of the battery. Frame is very solid, rockers are great, sliding windows have some in the frame.

It's a long road ahead, and i'm excited to find out where it leads. 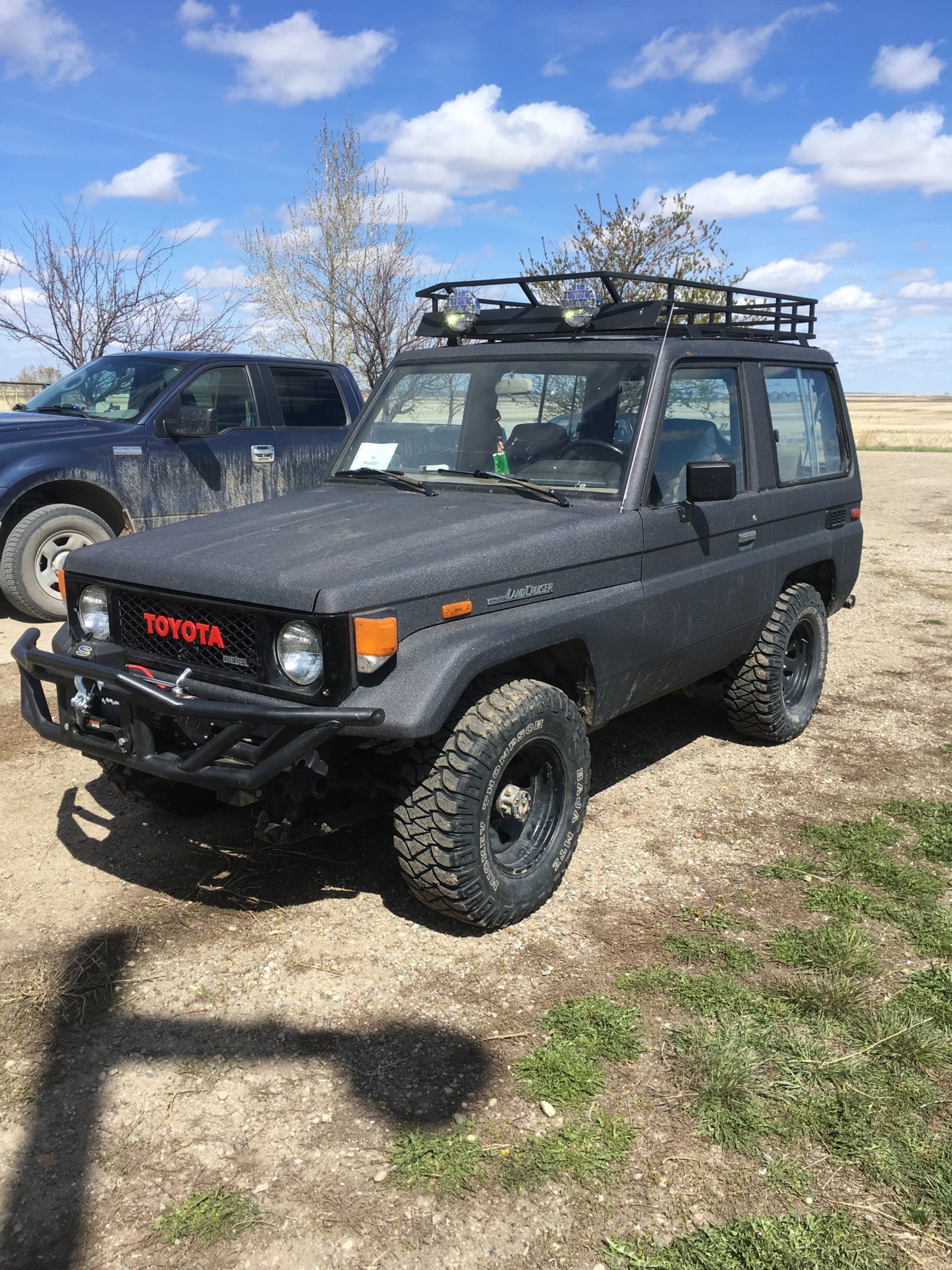 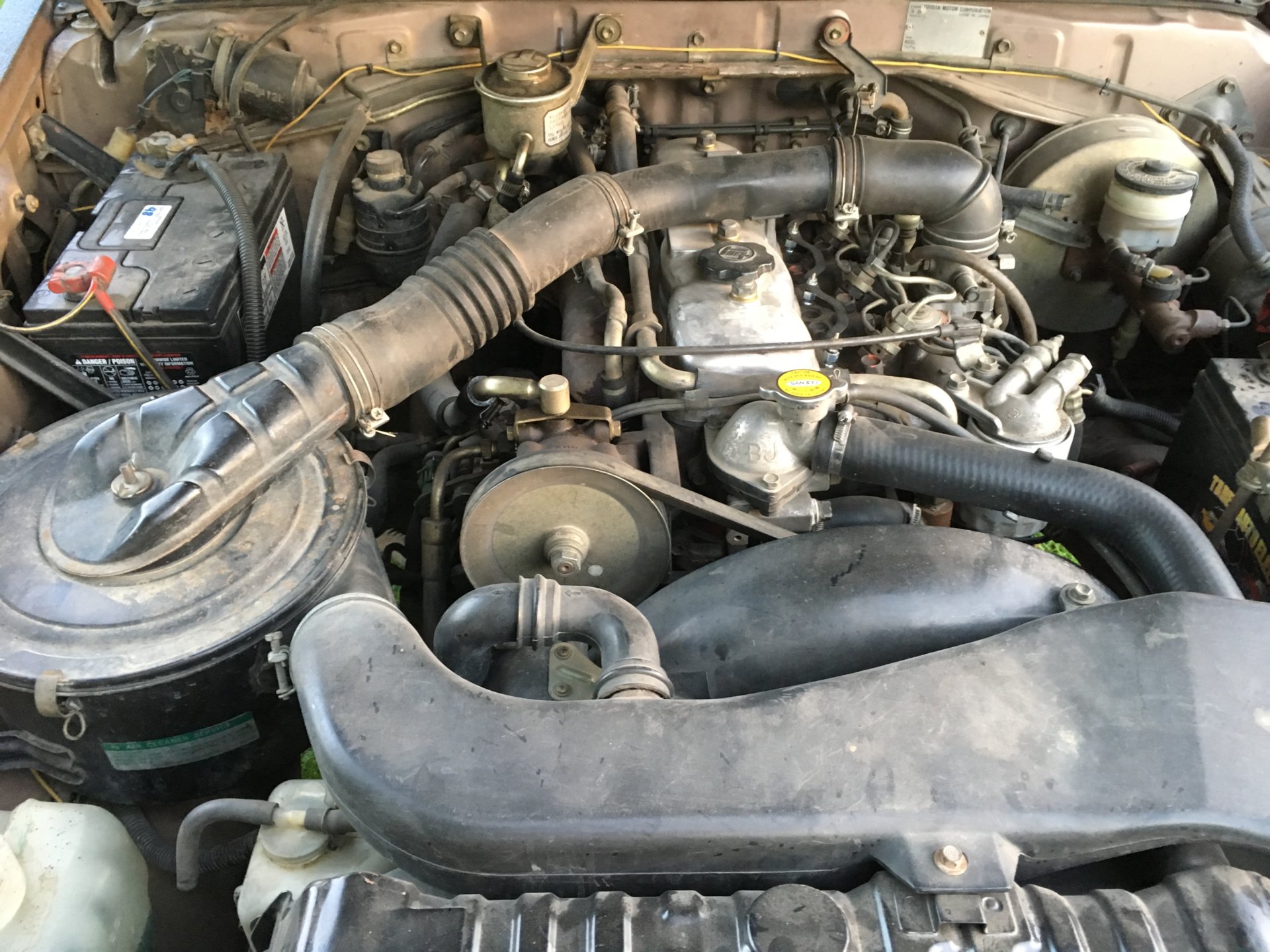 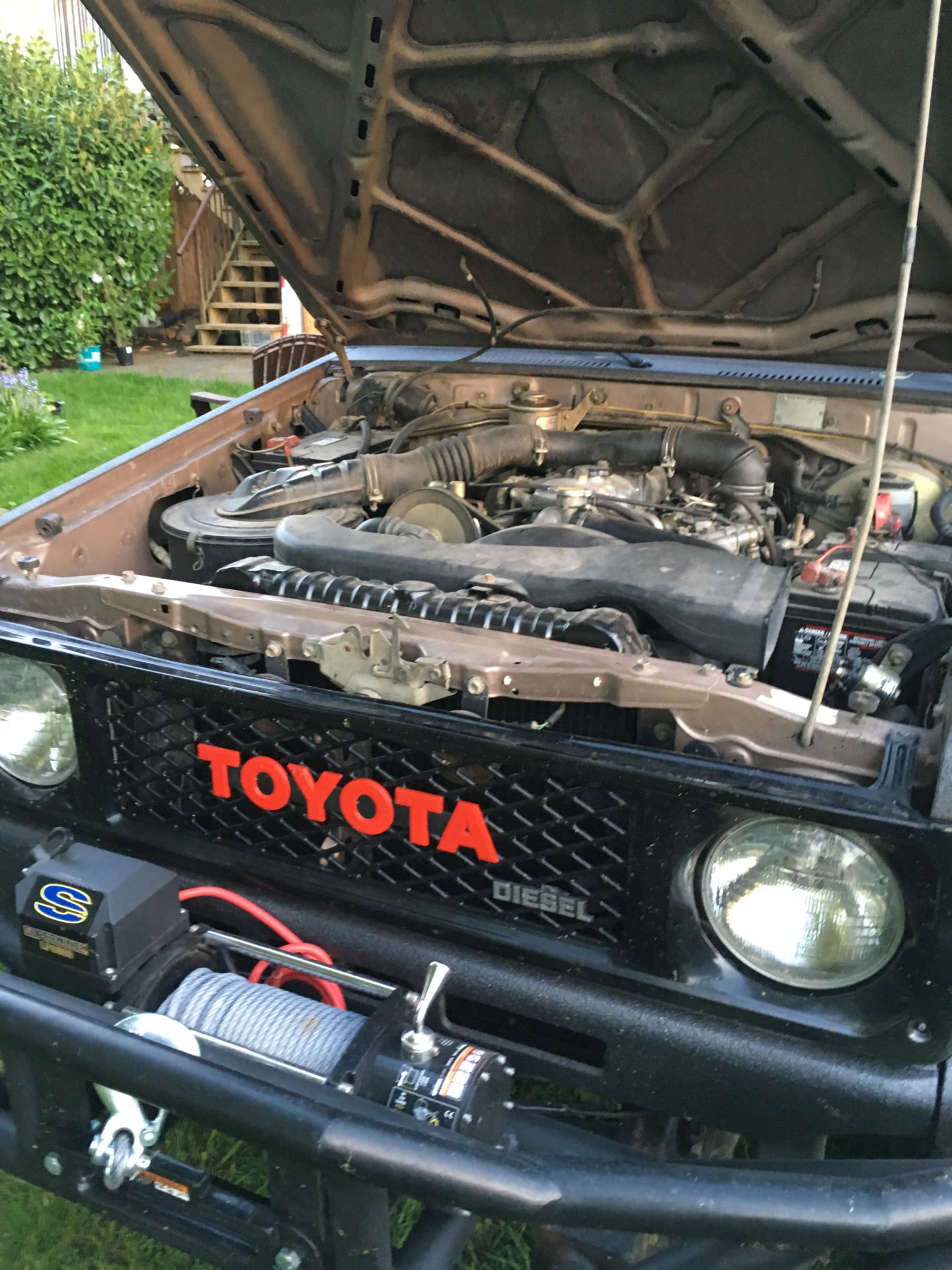 iwillnotgiveup said:
Weirdest thing i've seen so far... there is an aftermarket push button on the dash. I thought 'wilson switch', right? Nah. It seems to be an intermittent ground for the windshield washer fluid pump. Maybe i am missing something?
Click to expand...


Nice looking truck. I will say I have a mystery push button as well...and it does the same thing. Push it and the washer fluid spits out.

I thought it was maybe to put some water on the window without the wipers, but I'm not sure why you would want that. I'm more intrigued now that someone else has the same thing. Mine is mounted right next to the gas tank release pull.
You must log in or register to reply here.