Lets reschedule since 2 of the for sures are cancelling. 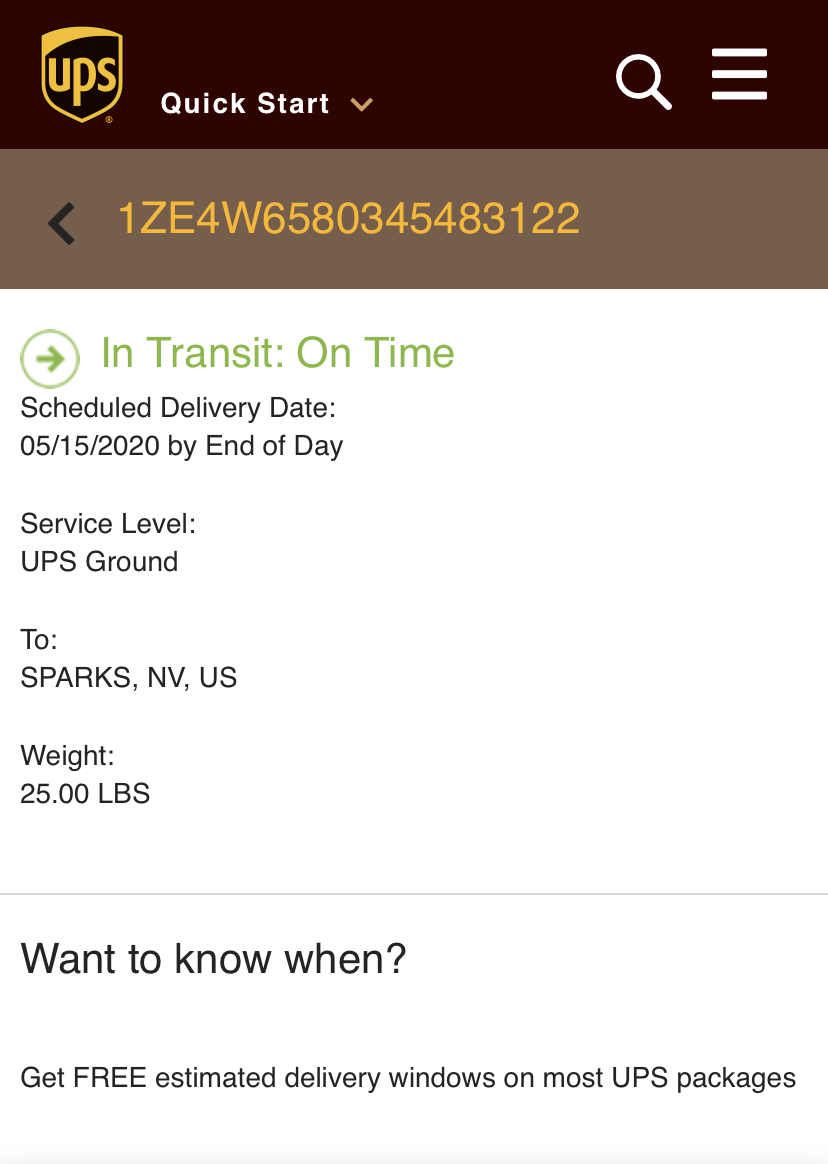 Let's get this back on the books ASAP!

Maybe we can do two nights. So meet up in Gerlach on Friday evening (by 5PM), camp and adventure around on Saturday, then head up HRC on Sunday? Or we can camp Friday night at SM, do HRC on Sat, camp at Steven's Camp Sat even, adventure around up north of HRC on Sunday and head home in the afternoon/evening?

So I have never been to Gerlach or BRD. The route we are taking to SM avoids the playa, right? Folks are still getting stuck and it is supposed to rain between now and our trip. I want to make sure we avoid unnecessary risks.

It is all highway up until the road to Soldier meadows ,then dusty fire road with the occasional dust pit and ditch. No Playa unless you want to. I'm all for the Friday night option. I probably wouldn't camp Saturday night. We could have a late leave time if anyone wants to drive to camp Saturday morning. But we would need to know they are coming so we could wait. A reasonable leave time would be 9:30 from camp. I am not available the 13th, may be doing the Rubicon. And the 30th is fast upon us. But that would be doable. Post up ya'll. What do you want to do?

We are planning to camp both nights. I am good with a late morning leave time on Saturday before we head to HRC. That will give folks who cannot make it Friday night time to meet us on Saturday.

I need to spend the rest of the weekends in June in the garage. So BRD is my last hurrah until mid July I think.

Ok I am out... SIL and the twins are here until the 9th it sounds like. Don't get to see them often to "uncle fizzy" is gonna get the little dudes out and about. Maybe take them wheeling up to Hobart but out that way is a bit too far for a couple of 5yr olds.

Can folks who are planning on going sound off on this thread? Let us know what day you plan to arrive. Fri 3PM in Gerlach or Sat 9:AM ish at Solider Meadows?

I want to go, but cannot commit until day of. Work situation.

Looks like we will have a smaller group for this one. So far @Krusty Krab and @Mc Orange Crush (riding together), @hairy_apple and his wife, and my wife and me are confirmed. Three rigs, six people.

I won't make it, I haven't got my wiring back in yet.

Just a heads up that it looks like we will drop below freezing on Sat night / Sun morning for those of us sleeping two nights. Come prepared! Winds may be high on Sat too, but I am thinking we might be shielded from it in High Rock. 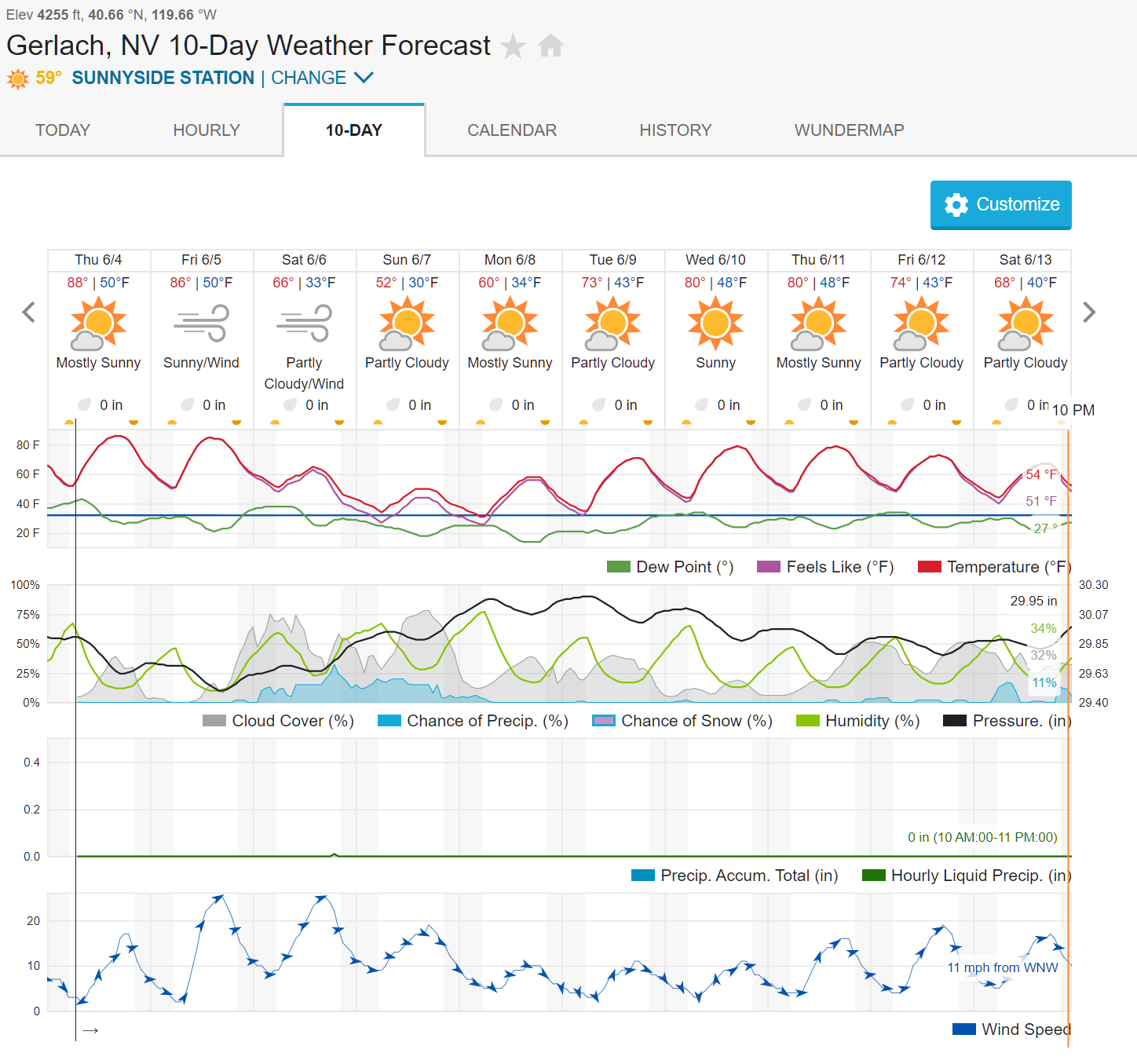 Black Rock was a lot of fun! @Krusty Krab, @Mc Orange Crush, @hairy_apple and his wife Dani joined my wife Kelly and me on Friday. Mark and John departed the area after High Rock Canyon on Saturyday afternoon. Ryan, Dani, Kelly, and I stayed another night at Steven's Camp.

Friday Night: We attempted to camp at the Stone table campsite southwest of the hot springs in Solider Meadows, but were driven out by some well-to-do Oregonians. So we took shelter at the Soldier Meadows cabin. The wind was howling until after sunset and picked up again during the night.

Saturday: Mark was our historical tour guide and showed us the emigrant cave, graffiti, the old stables and entertained us with the airing up of his punctured tires every hour or so. The weather was perfect for wheeling high 60s most of the day and overcast. The wind picked up again around 3 when we arrived at Steven's Camp. The four of us who camped saturday night hunkered down in the cabin, cook steak, chicken, and sausage kabobs, and jambalaya.

Sunday: We awoke to about an inch of snow on the ground! June 7th and we got snow! It dogged us most of the way back to the I80 too.

Overall a great weekend and I am looking forward to exploring some more. 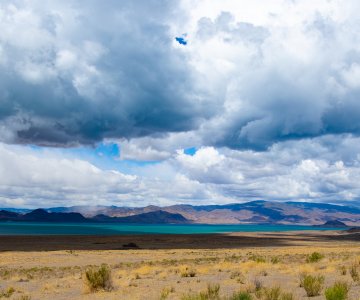 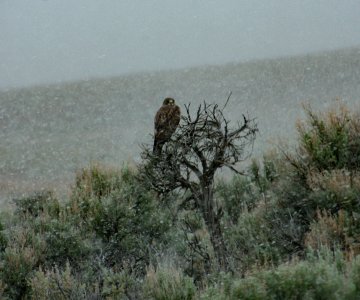 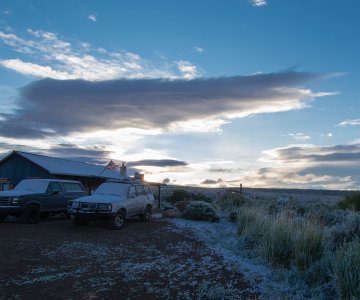 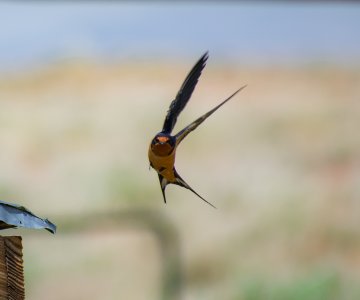 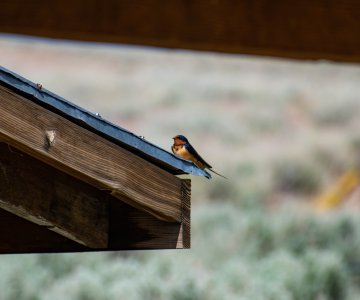 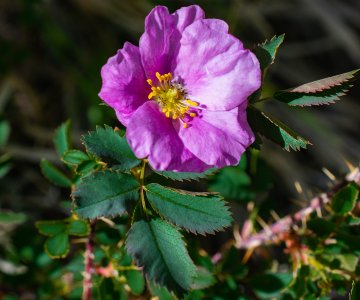 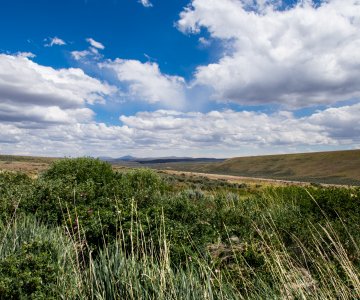