The story of my Pig - I am now going to try to organize and categorize posts to make it easier to find content.
Enjoy!
Engine
Trans/Transfer
Paint/Body
Steering
Interior
Heat/AC 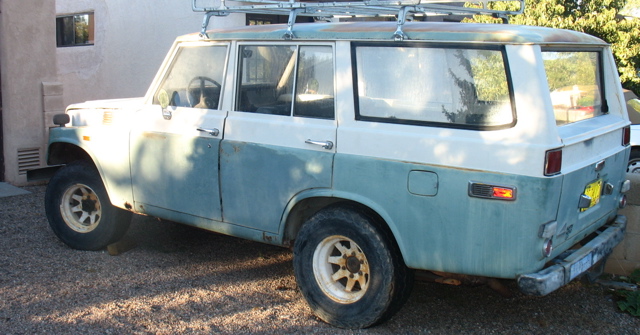 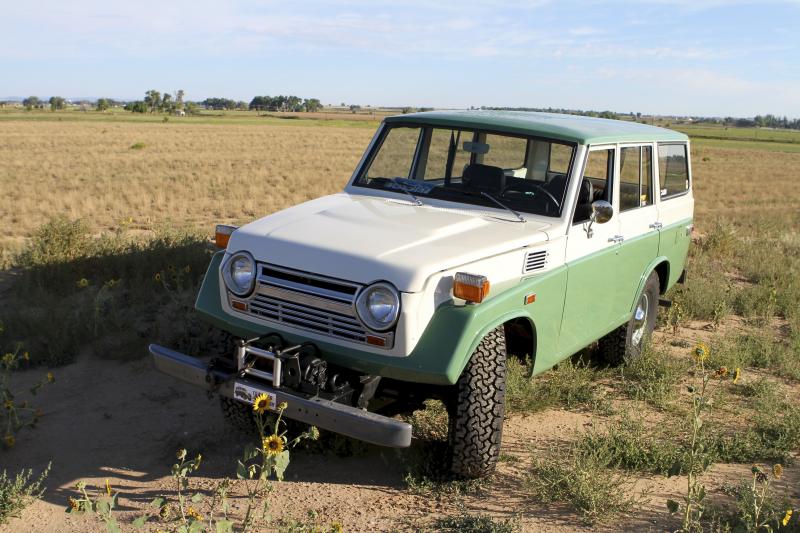 That is the quick version...

That is one nice pig! So what color green is that? In order to maintain my sanity on my build, how long did it take you to get from the before to after photo?

Location
Back in COMO

Here I was starting to wonder if you really even had a Pig, too.

abqcruiser said:
That is one nice pig! So what color green is that? In order to maintain my sanity on my build, how long did it take you to get from the before to after photo?
Click to expand...

Fitzgerald said:
Gorgeous! Can't wait to see the story behind this one.
Click to expand...

Cool seeing a Pig grace the pages of TT.
Click to expand...


I know, about time! I had a photo for the cover too, but the image quality was not right. How cool would that have been?!?


Delancy said:
Here I was starting to wonder if you really even had a Pig, too.

Did everybody get their copy already? I haven't, now I'm getting worried.
Ron

Location
Back in COMO

I joined and never received 1 copy.

I read the article a couple of days ago-great write up! It was fun looking at the pics of your son growing through the years throughout the progression of the project. I saw the pig in person at the Rising Sun rally last year-even more impressive in person. The pictures don't do it justice - absoloutely beautiful. Congrats!
TLCA 22341
Cutty say he can't HANG!

Boss Hog said:
I read the article a couple of days ago-great write up!
Click to expand...


Can you post a link to this article for us interwebs deficient types?


I just got my copy of Toyota Trails. Job well done! Not only did it turn out beautiful, but to me, the bigger story is how you kept the faith all those years. It's hard enough to build something like this, when all the stars are in line. To be able to piece it together alittle here and there, when you have the time and life is good, now that's the true story!


You give me encouragement to keep going and someday show up at one of the events, to meet you. Hopefully in my 55!

PabloCruise said:
I know, about time! I had a photo for the cover too, but the image quality was not right. How cool would that have been?!?...
Click to expand...

Thank you for all the kind comments!

Here is the story from the beginning...

I got into Land Cruisers in the year 2000. I had moved up to the foothills outside of Golden, CO and one morning as it was snowing, I was thinking about snow removal. Suddenly, a white '78 FJ40 with a snowplow on the front drives up. A dog was running next to it. The guy drops the blade and starts plowing. I went out to say thanks. The driver of the 40 was a neighbor and he explained that he did this for fun. His wife had died, and he liked play in the snow with his Land Cruiser.

I didn't know a thing about Land Cruisers, but I had an automotive back ground, and I could tell that it was something special.

Later in the day I see the 40 by the side of the road with the hood up. I asked my neighbor what was up. He said that the water pump had failed and he overheated the engine. He said his kids were upset with him being out playing in the snow alone as they were afraid he was too old. He didn't care. But the kids didn't want him to fix the 40, and they wanted him to move to town. I asked what he would do with the 40? He was afraid he would have to junk it. I told him not to, that I would take it and fix it.

It took me until 2002 to rebuild the engine in the 40 (life events taking precedent), but I finally had it running! By this time I was in New Mexico and working on a contract at Los Alamos. The contract didn't get renewed, so I moved back up to Fort Collins. I was engaged at this point and my lovely fiance and I were reading the Toyota Trails and saw an ad for Cruise Moab '03. I told her that would be so cool to do, and she was in! I love that woman... We drove a bone-stock 40 6 hours to Moab. It was great. We didn't know a soul, but we made great friends. We met the Rising Sun crew (Ige, Zepp, Kipper, O'Neill) and had a great time.

So the Cruiser thing is growing on me, but I still had not seen a Pig in person!

One day I was driving the 40 around Fort Collins and saw a Pig! I parked the 40 and got out to peep this amazing beast of a Land Cruiser. It was @FJBen & Pigtastic. It was Blue and White, and on 35's. every time I saw it I thought of the Deep Purple song Godzilla. They should have written a song about Pigzilla!

I was checking out this Pig and really amazed at the Iron Pig. Ben walked out of the store and asked (somewhat nervously) if he could help me with anything?

Ben and I became friends and would wheel our Cruisers together. My 40 evolved and we would hit our local trails together. Then in early 2006, we got word that Toyota was bringing an FJ Cruiser prototype to the Walden sand dunes and they were looking for Land Cruisers to go out there with them for a photo shoot. We were in.

It was below 0 degrees that day and my lovely wife and drove out to Walden behind Pigtastic. After driving behind Ben's Pig for a few hours my wife said we should get a Pig. Did I mention I love that woman? Her enthusiasm for Pigs would suffer a setback when later that day Ben rolled his Pig - bad. He flopped it on the roof, and the roof caved bad (you've seen pictures). That concerned her.

But the process had been set in motion. I told Ben I wanted to find a Pig... 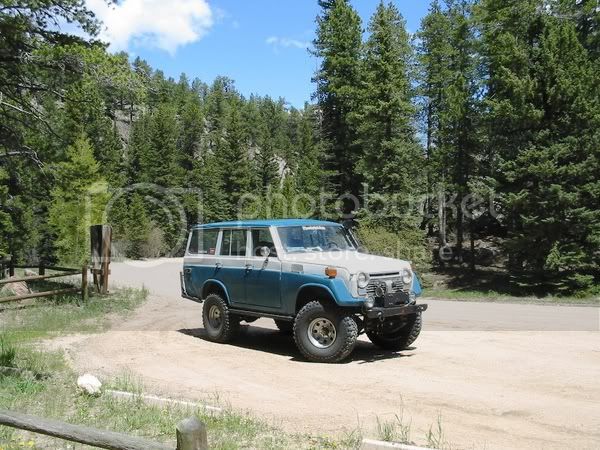 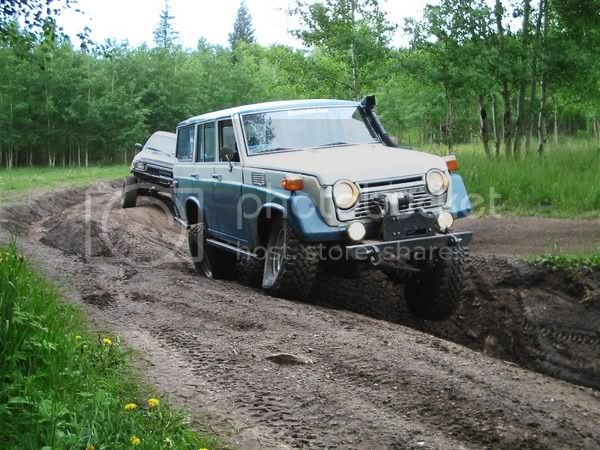 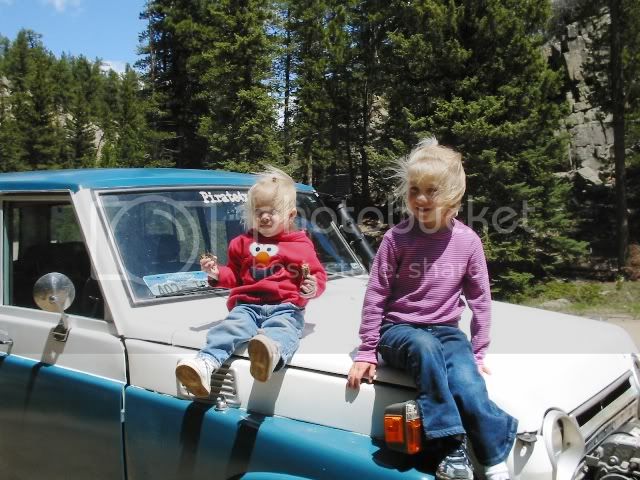 <<CLICK HERE>> for my Tech Threads
Engine
Trans/Transfer
Paint/Body
Steering
Interior
Heat/AC
You must log in or register to reply here.

New to the 55 Universe