I recently purchased a 1990 BJ75 Troopy from gilmorneau. You may recall his "Tale of Two Troopies" post. He found himself in a position where he had bought two Troopies so I helped him with his "problem." ( I now have that problem as well but that will be in another post at a later date.)

The truck came from France and was a one owner in the same family. Father and son. gilmorneau picked it up in New Jersey and drove it CA where I bought it from him. The truck has a few dings and dents and a couple of spots of rust. The inside rear of the truck is somewhat ruff but has less than 100k miles.

I fancy myself driving to Patagonia within the next few years and had planned to take my '88 Land Cruiser FJ62. I have it built out really well for camping but the issue that it will not be able to overcome is the lack of interior space to sit other than the two front seats when the weather turns bad. Within the last year I bought a 1hdt that was going to go in the 62 but after researching Troopies I thought that it would be the ultimate "overland" vehicle so I began looking for one. Enter gilmorneau.

The plan now is to build out the Troopy. Currently it is sitting at Willamette Blvd Auto in Portland awaiting the engine transplant. The 3Bii is out and for sale (sold) in the Classifieds. We are currently waiting on a turbo rebuild for the 1hdt. With suggestion from mud members the engine has a new water pump, timing belt, tensioner, injectors rebuilt. BEB replaced. Cold start removed.

I do have significant plans for the truck and will post pics here as the build progresses. 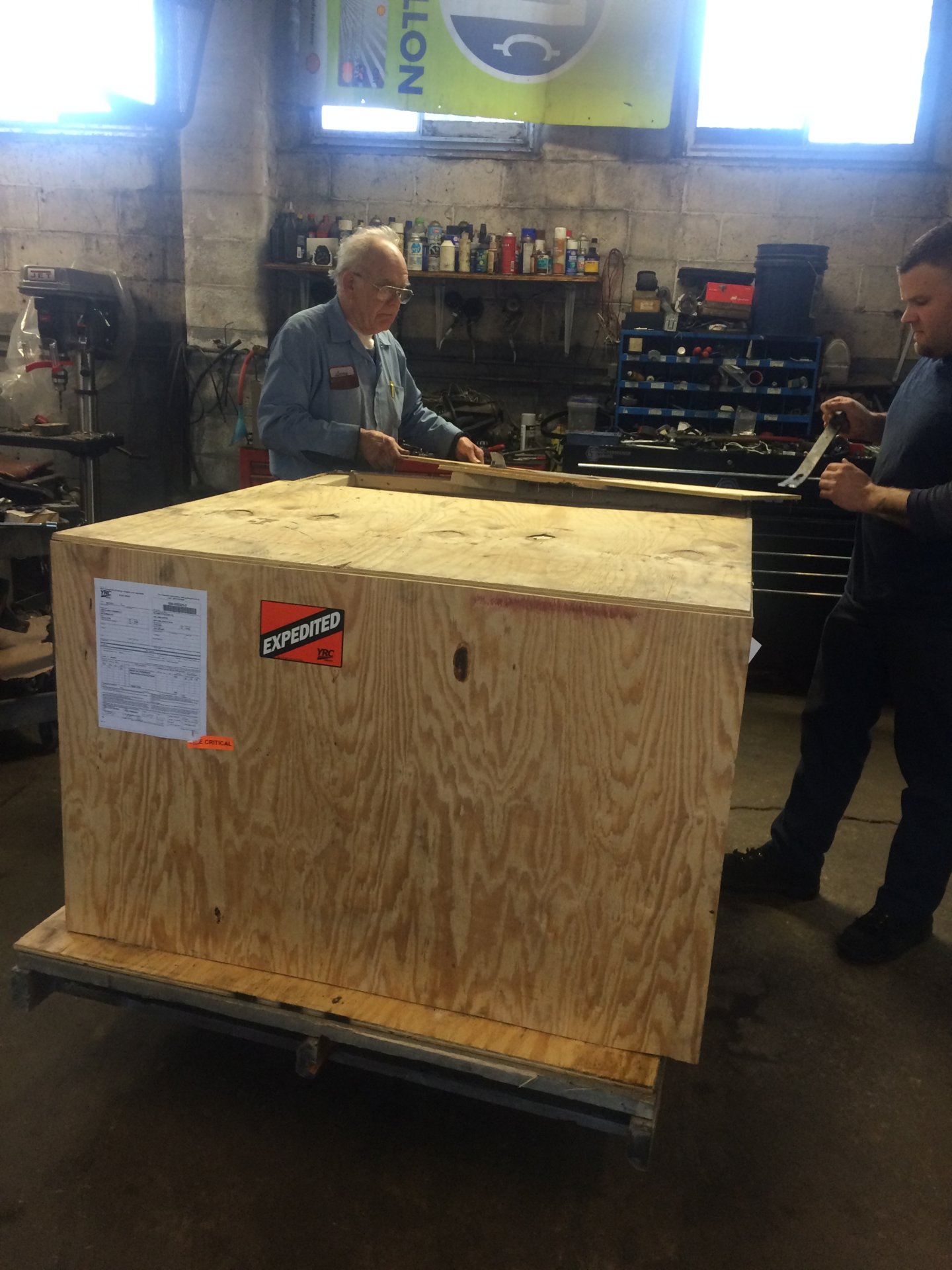 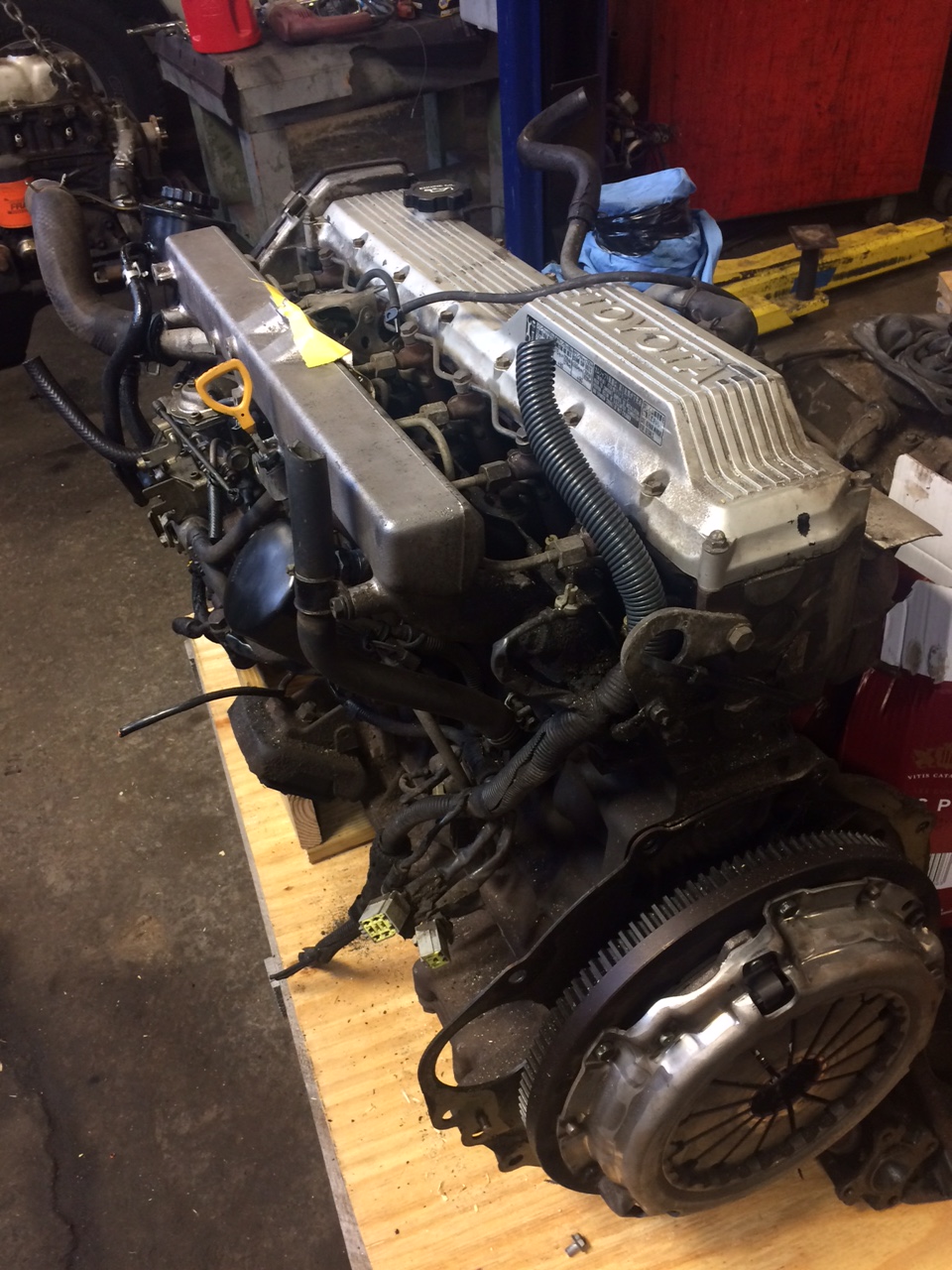 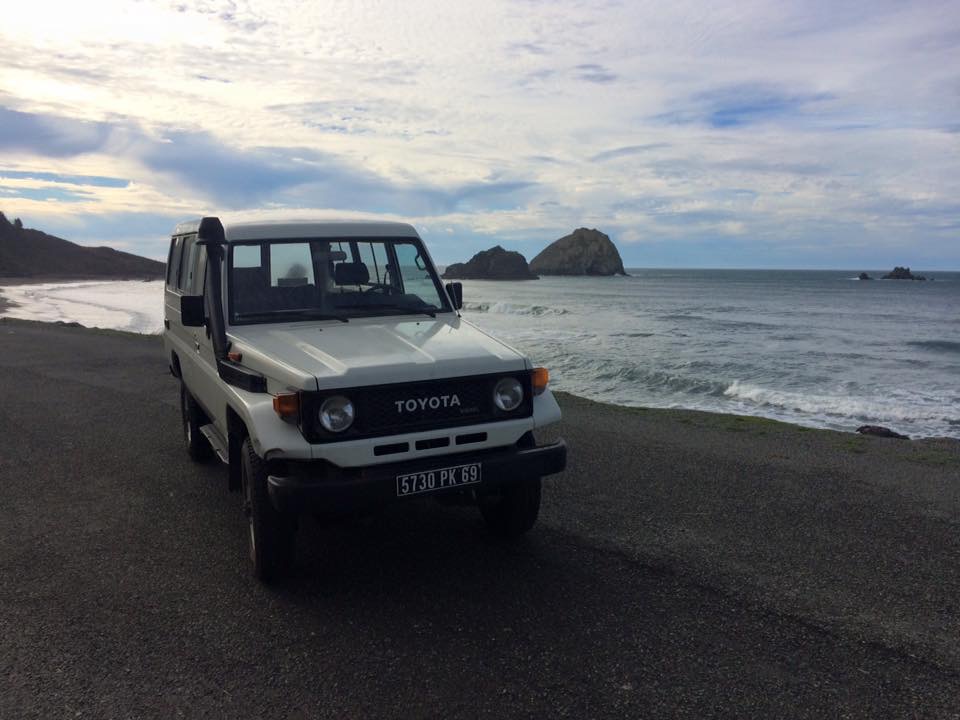 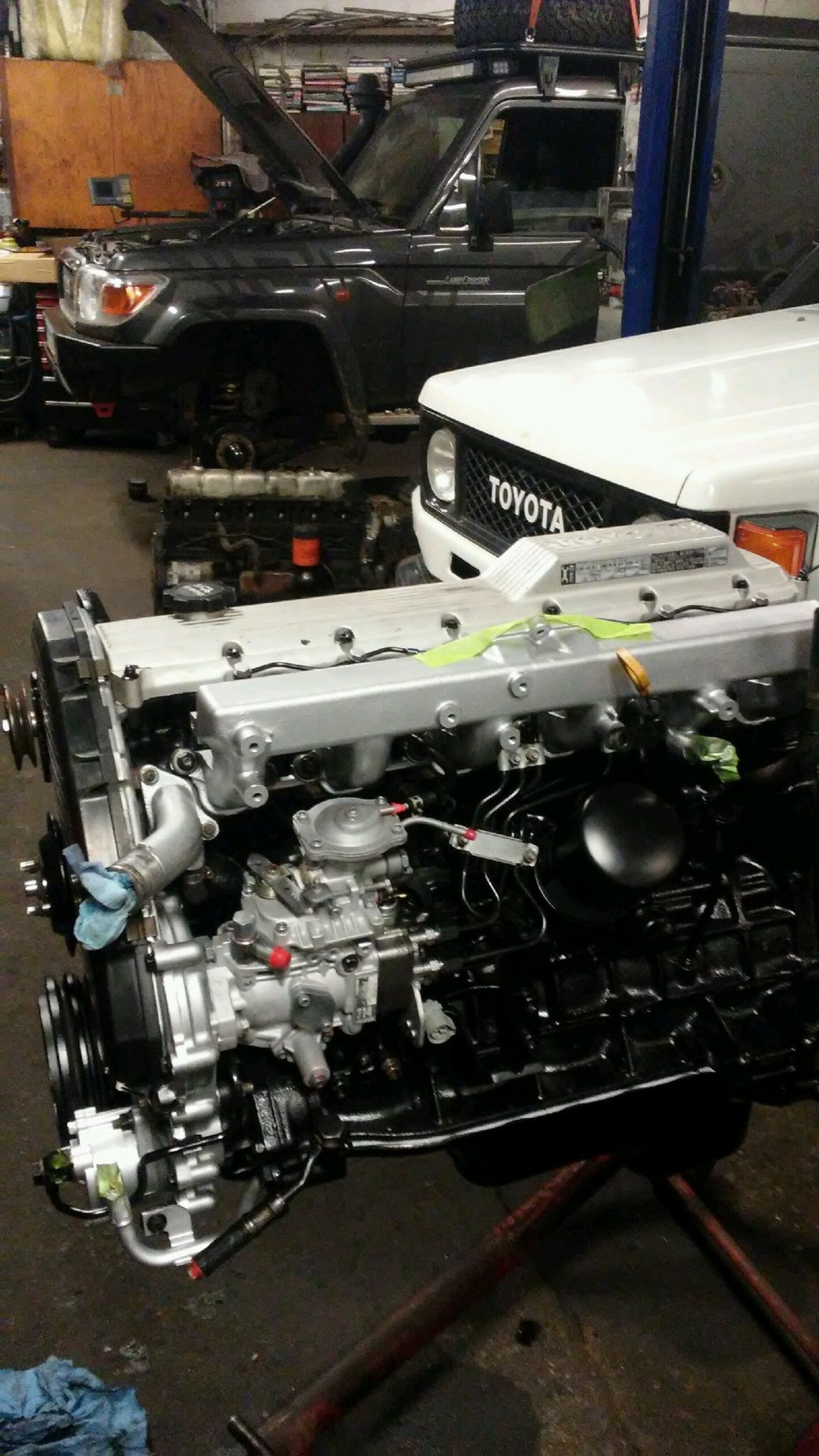 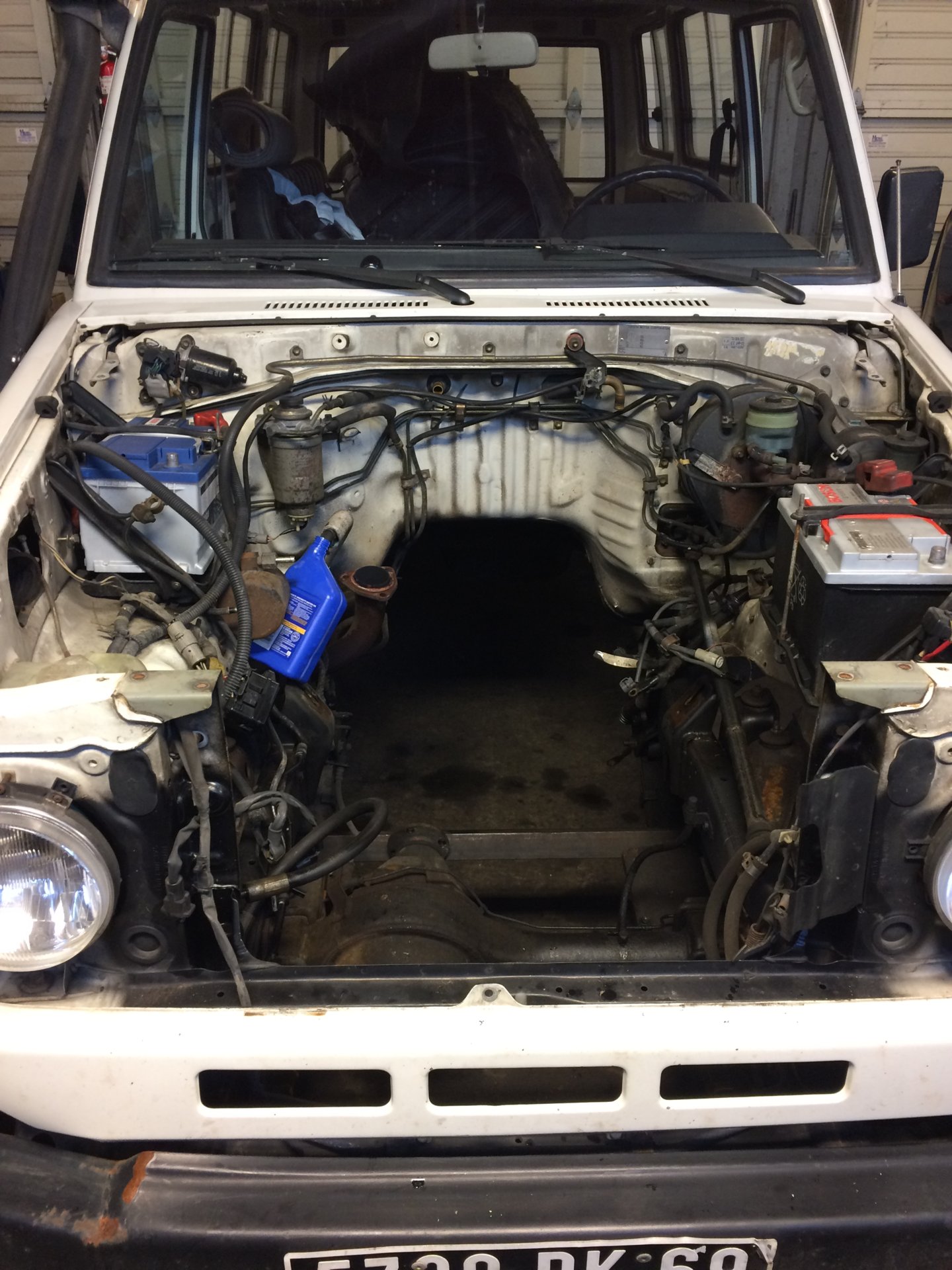 One important feature to me that I failed to mention is that the truck is LHD.

Looking forward to it. I haven't seen the fuel filter mounted there before. The 6 cyl engine and gearbox goes in easier by removing that valiant? panel above/behind the bumper.

Looks like a fun project and an interesting stall mate behind your truck! Glade to see more troopies in Oregon.

Dunno about the valance removal but I do know that it will be a tight fit.

The stall mate is a 70 series with a nice german camper. A very nice build. 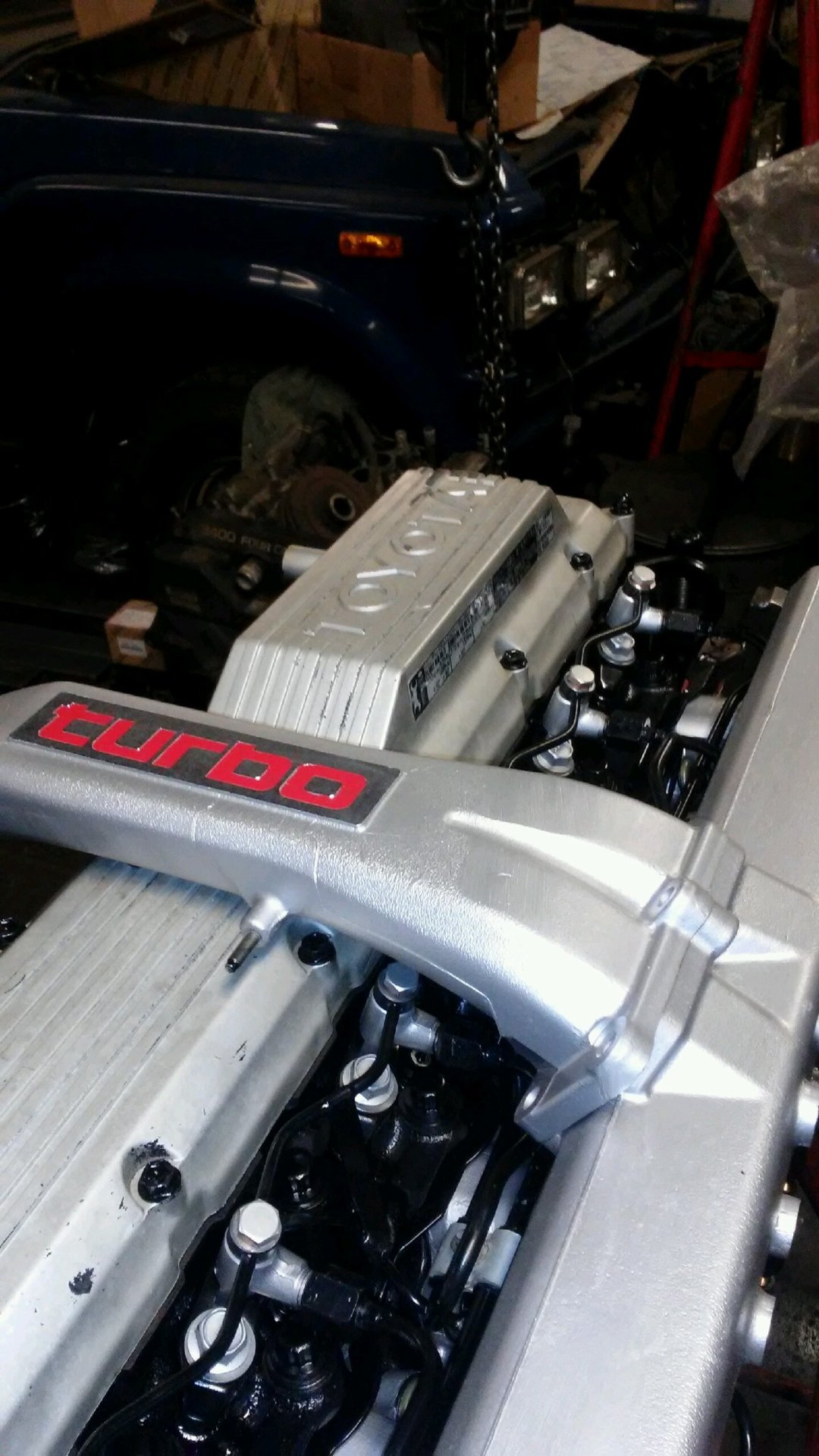 Gear & Axle parts for ALL Toyotas new or old...

Nice! you will love the 1HD. Mine just received a 1HDFT with aftermarket turbo and intercooler. Its got a ton of power. I do have the stock turbo still, not sure if it is interchangeable between 1HD-T and 1HD-FT
Troopy burnouts:

Glad to see this build thread start! Looking forward to the progress. After driving this Troopy across the USA with its original 3BII (which ran great, BTW), I can't imagine how much power the 1HD-T would give in this application. It will be fun to follow along with the build.


I second this sentiment. What's the story with that rig @umpqua ?

jfrench said:
I second this sentiment. What's the story with that rig @umpqua ?
Click to expand...

It's coincidental that you'd post that video....I actually saw it earlier today. I can't wait to see the difference between the 3b and hdt. As mentioned the 3Bii ran great. I had the 1hdt though and it needed to go somewhere.

I don't know a great deal about the stable mate other than it's a newer 70 series truck with a nice composite camper on the back. A damned nice truck. I think it was supposed to go to the sema show in Vegas but had an axle issue in E Oregon. It's been in the garage a while awaiting parts.

Thats Toby's truck in the background. The Scheel-Mann guy we should all be buying seats from at some point.

Yeah, I'm Jonesing for those seats.

Like any good reality TV host, you have to provide suspense to your audience. The contents of this box will be revealed over the weekend. A cold Hamm's beer for the first correct guess. 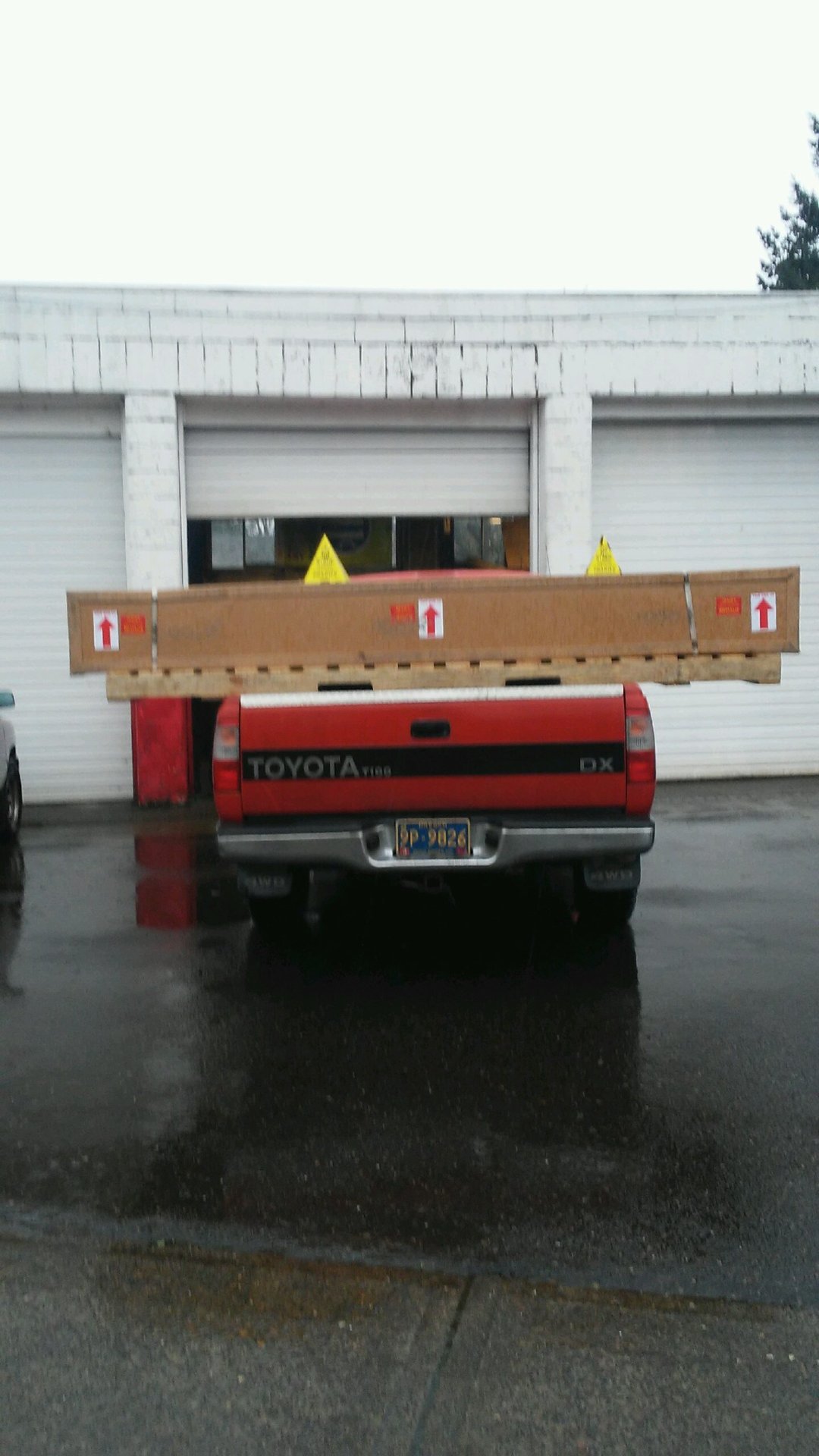 Ha! I know what's in the box. But I have insider information. It's pretty effin' cool, I'll tell you that! Not gonna spoil the secret, though, I'll let someone else get the free beer this time.

If good things come in a small box this one will be a huge disappointment. Either that or off the chart.....

My guess it does this -

I suppose you could say it will be "Herculean" to instal.....

Good to see the Troopie made to PDX. I saw the 1st glimpse of it when you showed me the pic at Willamette Auto. Looking forward to watching your build.

Just another day at the office cutting off the top of the troopy for the Alu Cab Hercules pop top. 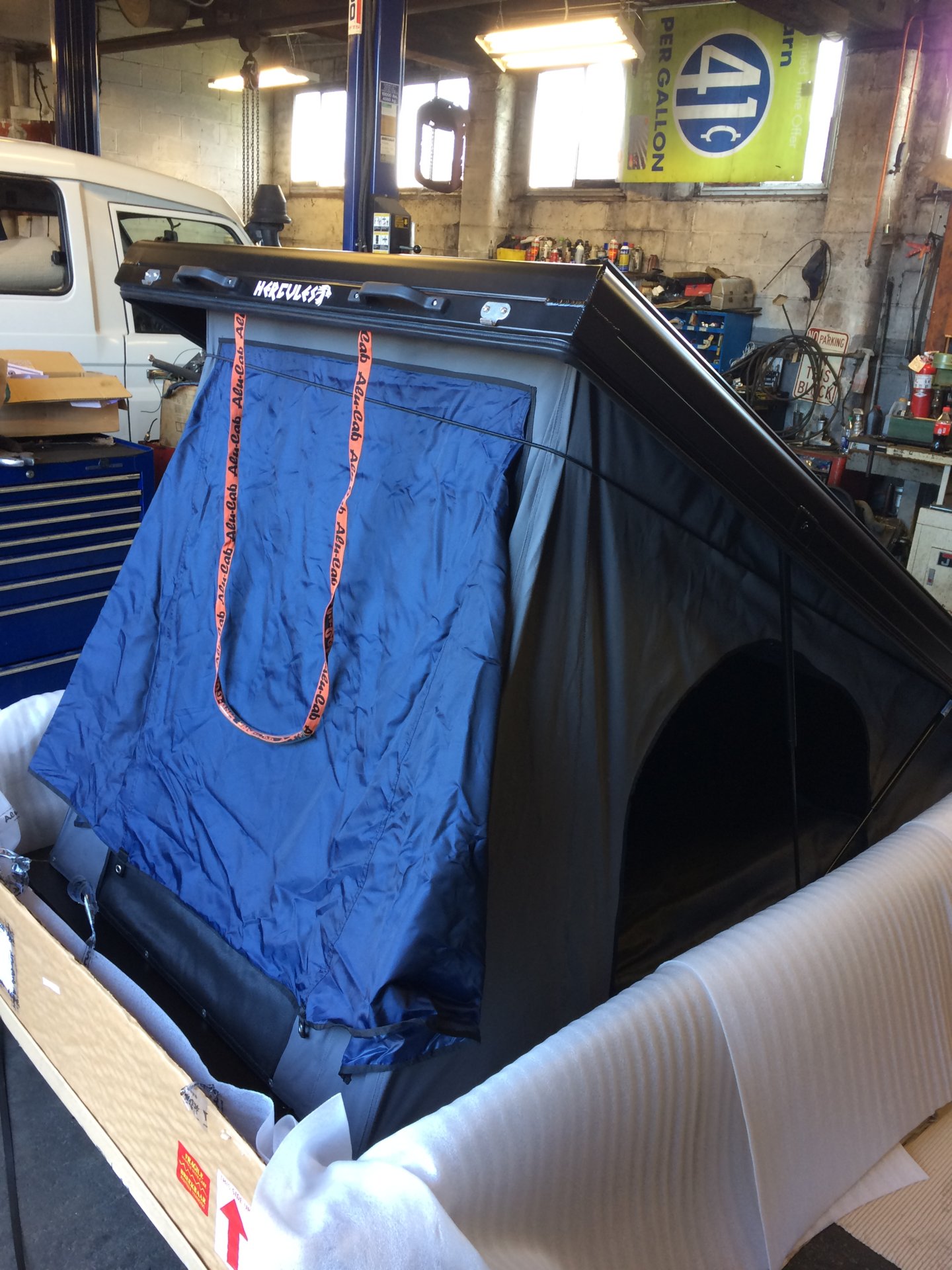 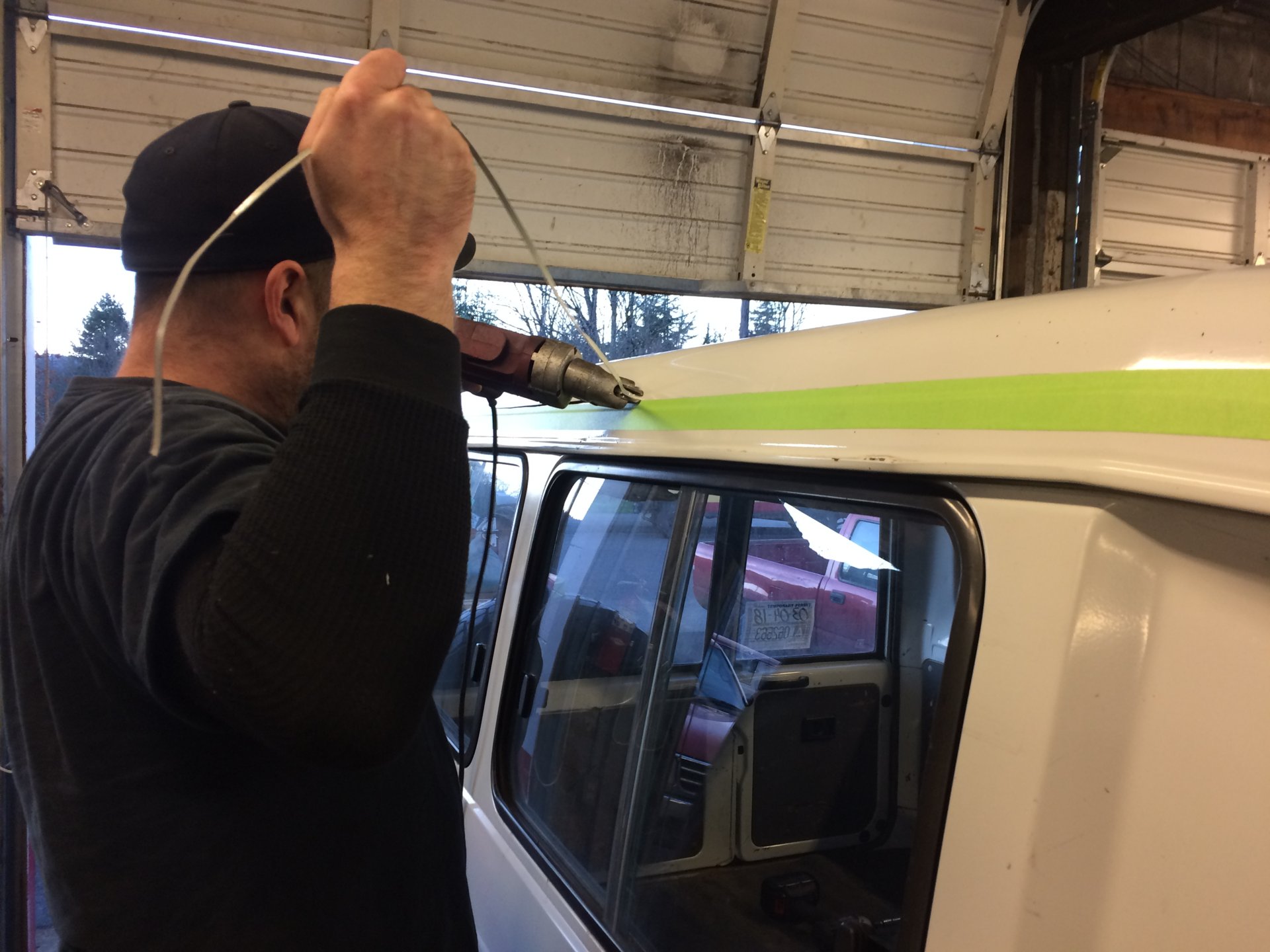 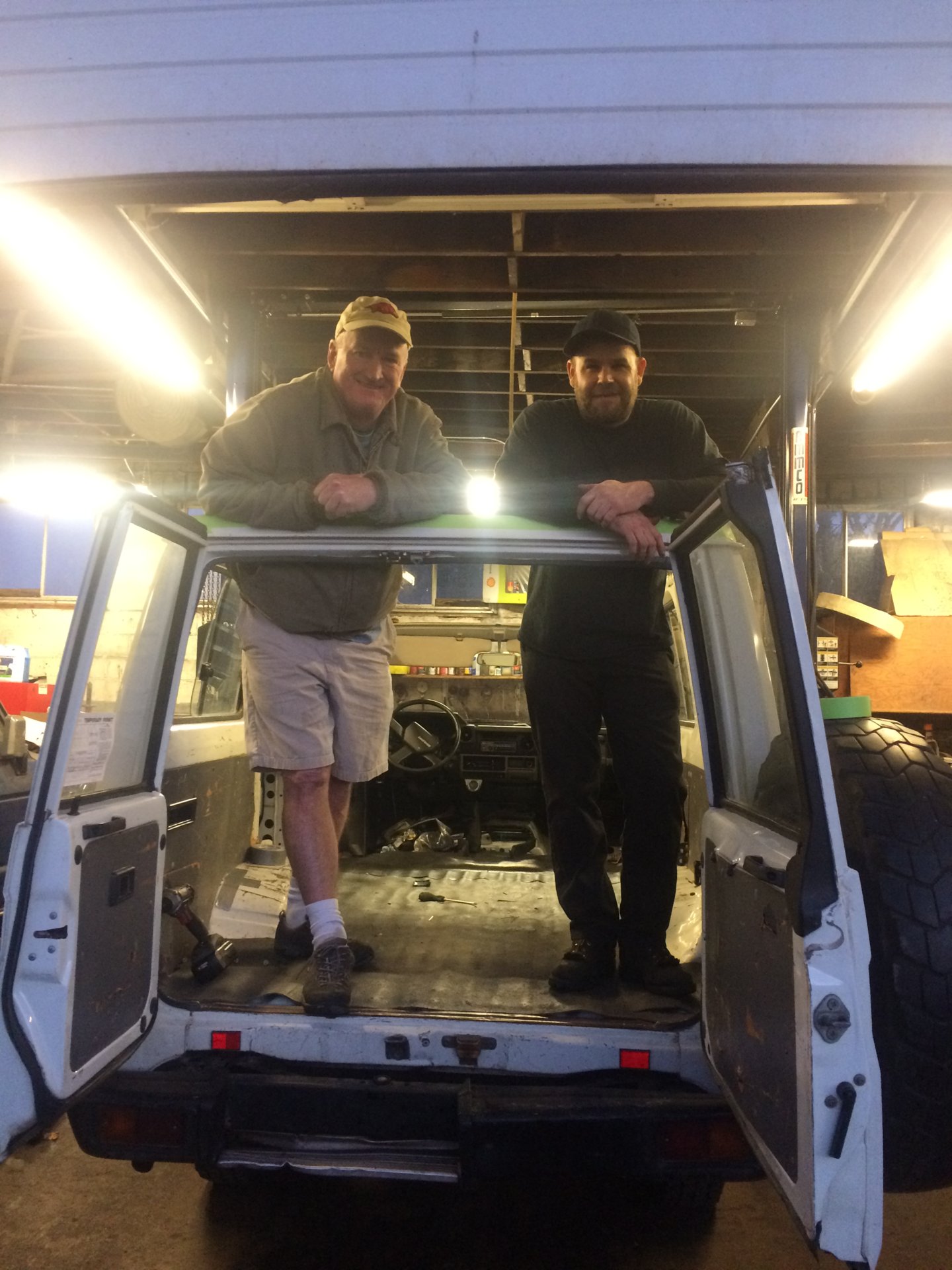 80-series front prop shaft into a Troopy... Yea or nay?