I've had my 24v hzj77 for a year now, and have really enjoyed getting to know it. One of the things I was always impressed with was how quickly it started, even in the cold.

In the time I've owned it, I've done a lot of maintenance to get it up to what I consider a baseline. This includes new injectors, cooling system refresh, and a good cleaning of the fuel system using a purge product. Recently I adjusted the timing using the factory SST and a dial indicator, to correct excess black smoke on acceleration. Around this time, I began having issues with excess white smoke on cold startup. I assumed it was because I had advanced the pump too far, but no matter where I set it, the smoke persisted. I had planned on new gp's anyways, so i replaced with oem units, but no change.

I'm finally looking at the glow system itself (probably where I should've started?), using the FSM as my guide.

Bus bar (through my voltmeter to ground) shows 22.4v at first glow, but once the light goes out, after glow drops to zero and the smoke show lasts for minutes, along with a lumpy idle.

The main relay passes the service manual tests. But the resistor shows NO continuity between the two terminals, when the FSM says there should be. Would this be consistent with seemingly no secondary glow?

I'm close to having this thing ready for big adventures. But "winter is coming".

Thanks and cheers all.

Edit: Factory Service Manual calls it "after glow" and indicates I should be seeing reduced voltage for about 2 mins or so after the Pre-heat, depending on water temp value...
Last edited: Oct 27, 2021

I've done some more investigating, and all indications so far are that 28261-68020 (resistor) is out of production. This is potentially bad news for those who want to keep their factory glow systems intact. I am able to find 28621-64011 which visually appears identical, but I have no idea if it would be an acceptable substitute. Its listed for the 2H, for the years prior to when the 68020 (the resistor shared with my 1HZ) came along...

May have found one on ebay. Seller won't ship to canada so I'm looking at "other arrangements". I'll update if I manage to get my hand on this part, and it solves my smoking problem.

Any luck finding these glow plugs?

Bought the eBay one via a US buddy, so hopefully will have it in hand in a week or so.

Do you have a link for it?

This is apparently his last one: 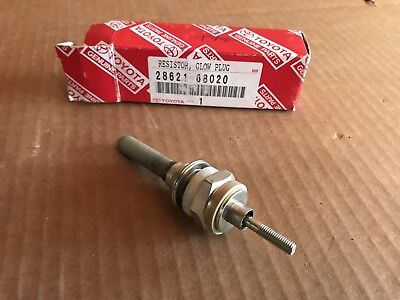 I converted my 24v SuperGlow HZ to a Wilson switch setup if you can't get the system to work properly.

Also I may have some of those parts running around somewhere. I'll check tomorrow.

JDM Journeys said:
the smoke show lasts for minutes, along with a lumpy idle
Click to expand...


How cold is it where you are right now?

In my experience, 1HZ is gonna be smokey and lumpy until there is a bit of heat in the pre-cups when temps are approaching freezing.

The last day I started it, it wasn't that cold, but still probably 8*C or so. I did cycle the glows twice, and it started fine, but you could tell when the primary glow went out... Before, with everything working properly, it would start on one glow, and stay pretty steady, with minimal smoke. Hoping to have this little gizmo soon, and I can "test my theory" as it were.

After weeks and weeks of shipping SNAFU's, I finally received my resistor. I can't say I wasn't trepidatious as I screwed it into my intake manifold. 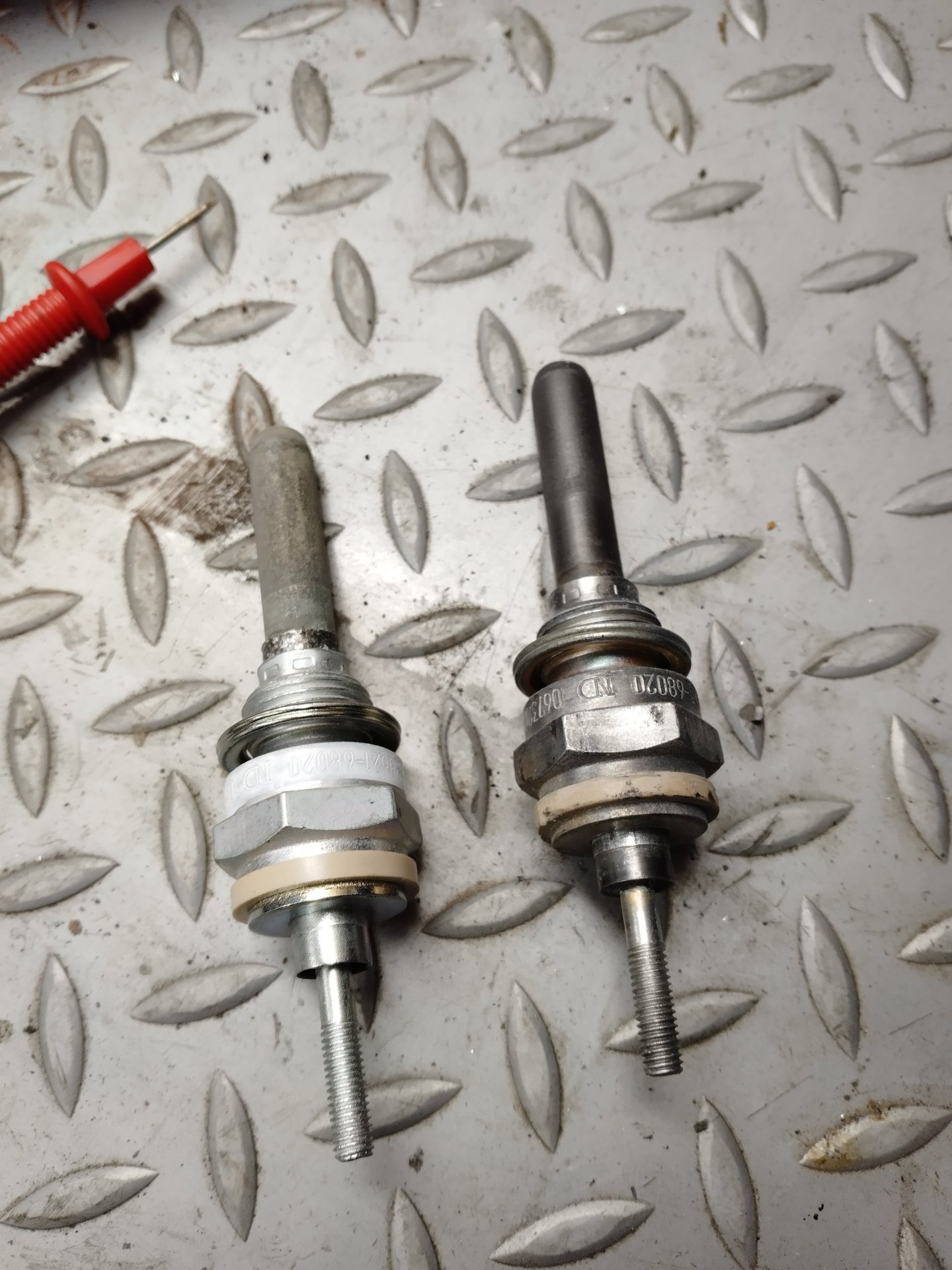 But I'm happy to report... Secondary glow is back online!

If anyone stumbles upon this down the road, the symptoms are a good start, followed by copious amounts of white smoke and stumbling, within about two seconds or so, as soon as the primary glow shuts off...

If you probe the contacts of your resistor, a good one has continuity. A bad one shows none. 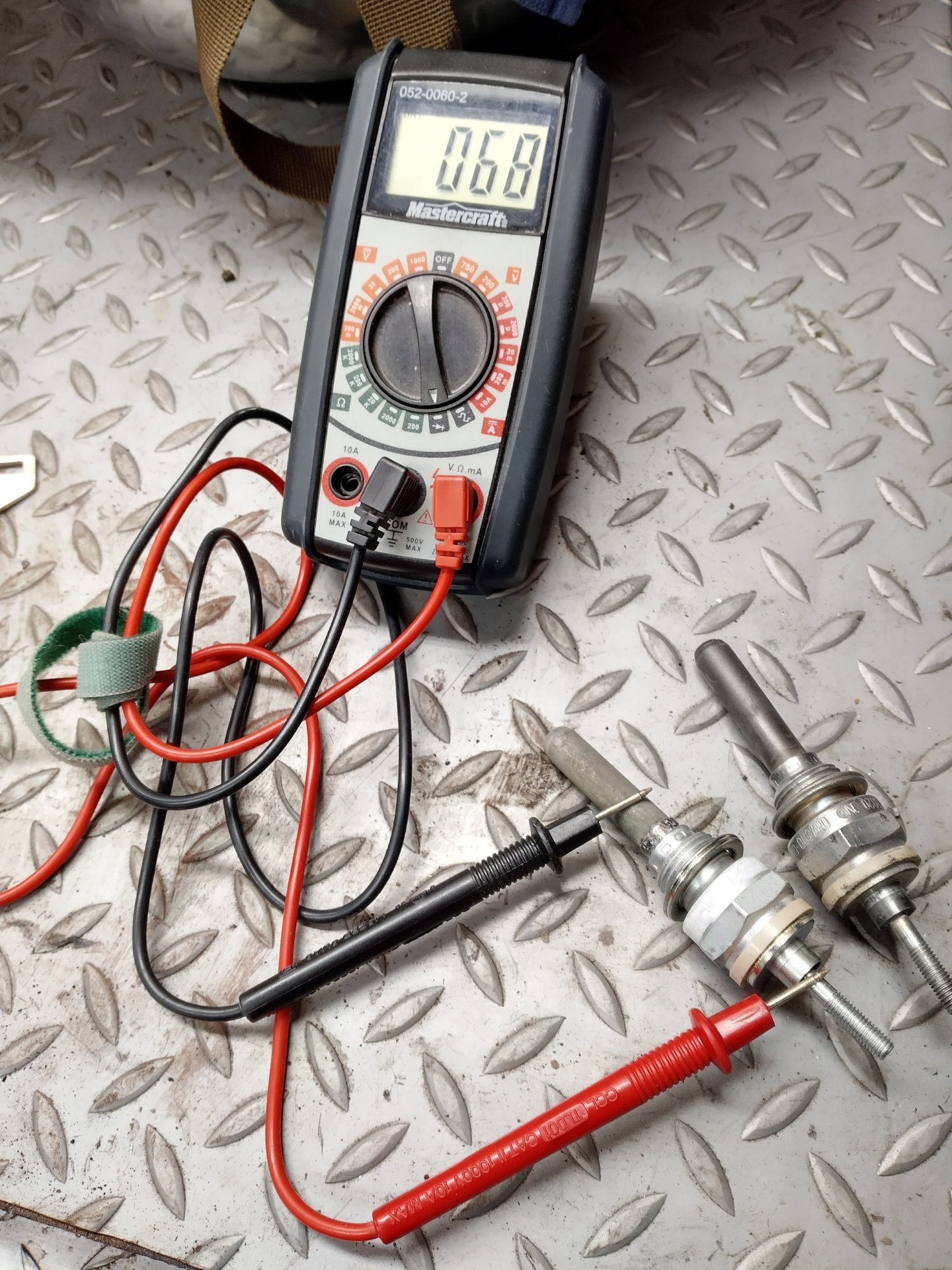 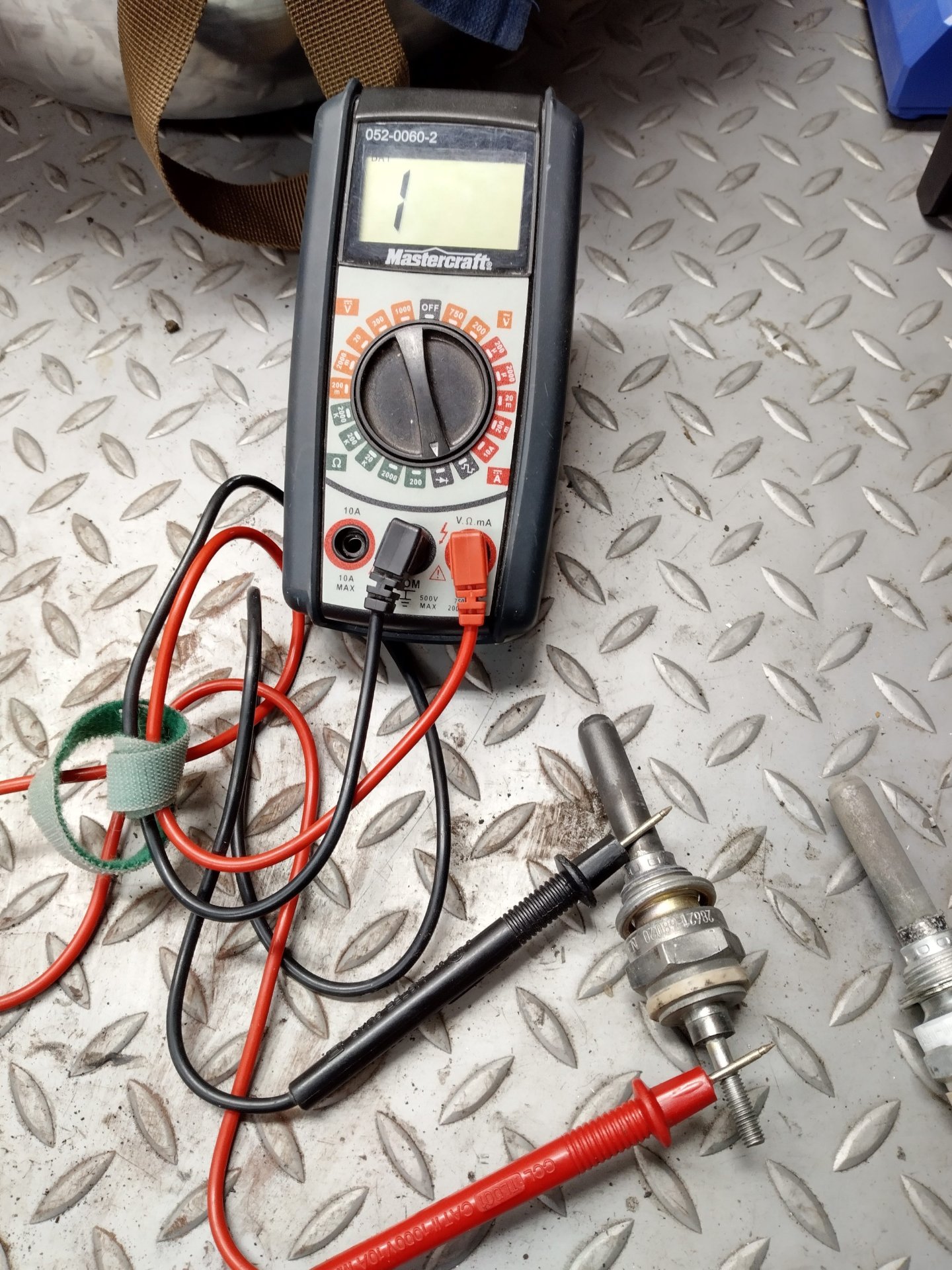 Thanks for posting this. I just checked my resister and it has no continuity. Found one on eBay and ordered. None of my primary glow plugs had continuity either!

While we're talking about glow plugs, I purchased 6 24v Bosch plugs off eBay Australia that showed as a fit for a 24v 1HZ. They show made in Japan, so I figure they're reboxed Eiko or HKT. Any reason these won't work? 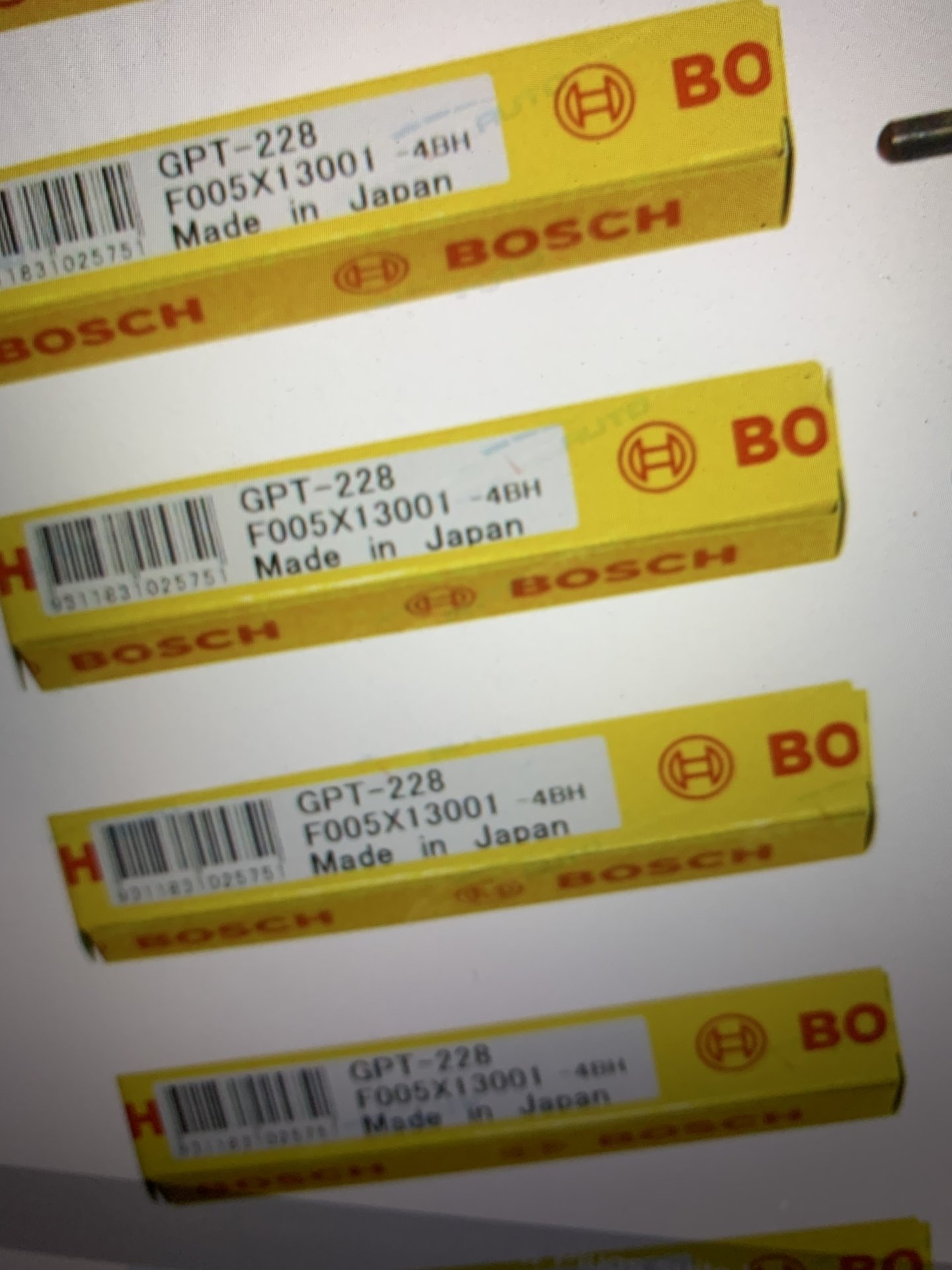 My experience is with the 24v system, in case others are looking... But..

Glow light is only on during the primary heating cycle. I saw 22.4 volts (give or take) during the initial glow. A few seconds after the light goes off, the full glow kicks out, and then the secondary system kicks in. FSM says it's about half the primary glow voltage. It's pretty seamless, and can run for up to 120 seconds, depending on what the glow plug timer/controller thingy gets in terms of feedback from the water temperature sensor, which is also part of the system.

When mine wasn't working there was a very definite difference in the idle and smoke levels, as soon as the first glow cut off...

In terms of aftermarket glow plugs, I've tried them on mitsu diesels, and my daily driver 1kz-te. They seemed to work fine at first, but they haven't lasted nearly as long, in my experience. I haven't tried your specific brand though...

I do know that aftermarket glows are a heckuva lot cheaper than the OEMs...
You must log in or register to reply here.